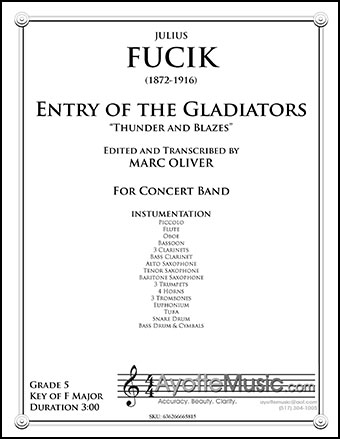 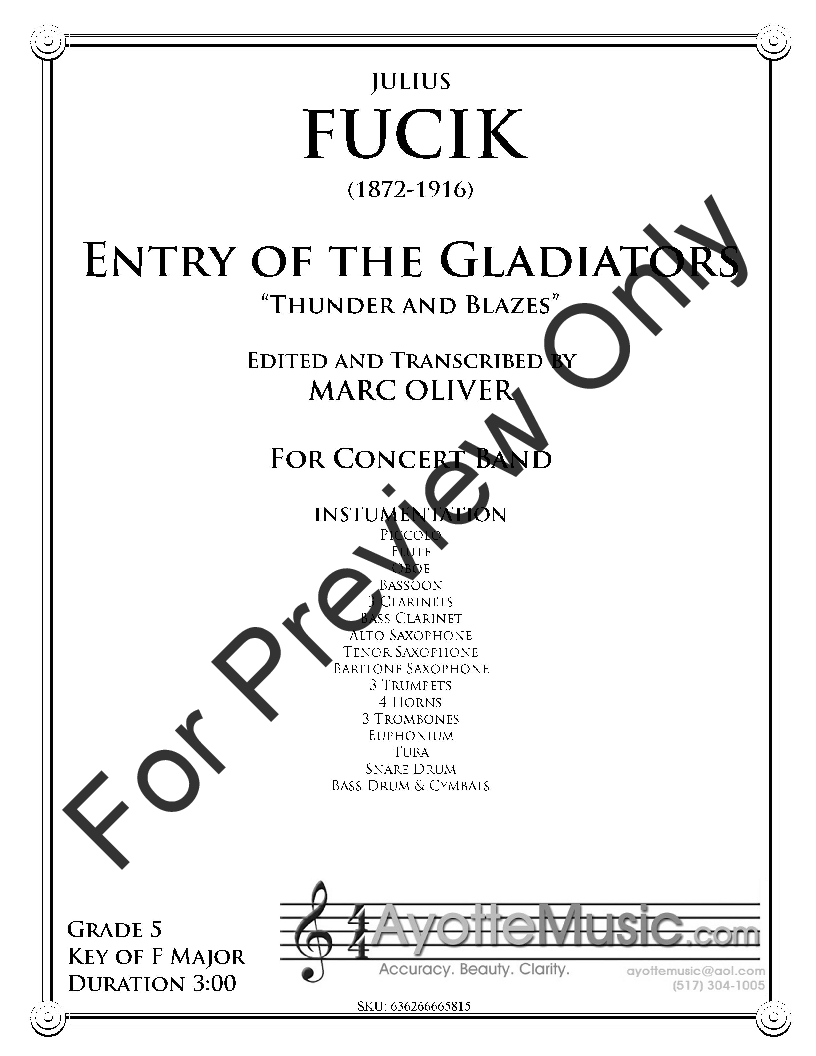 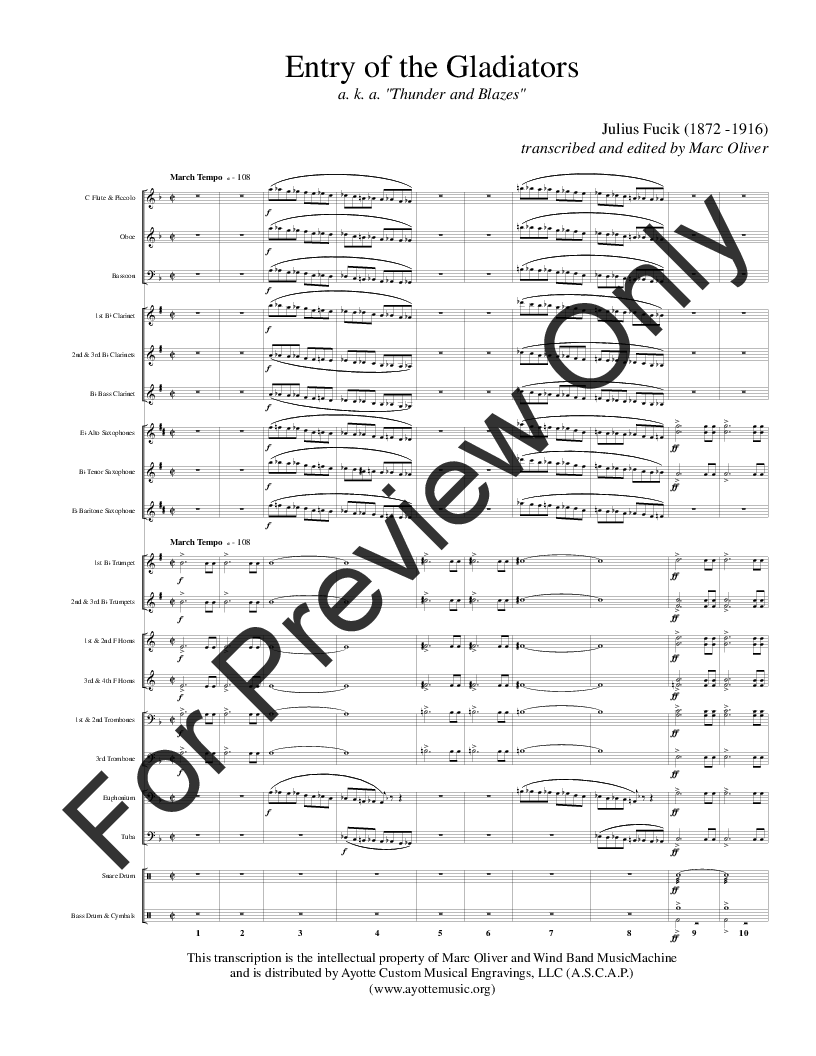 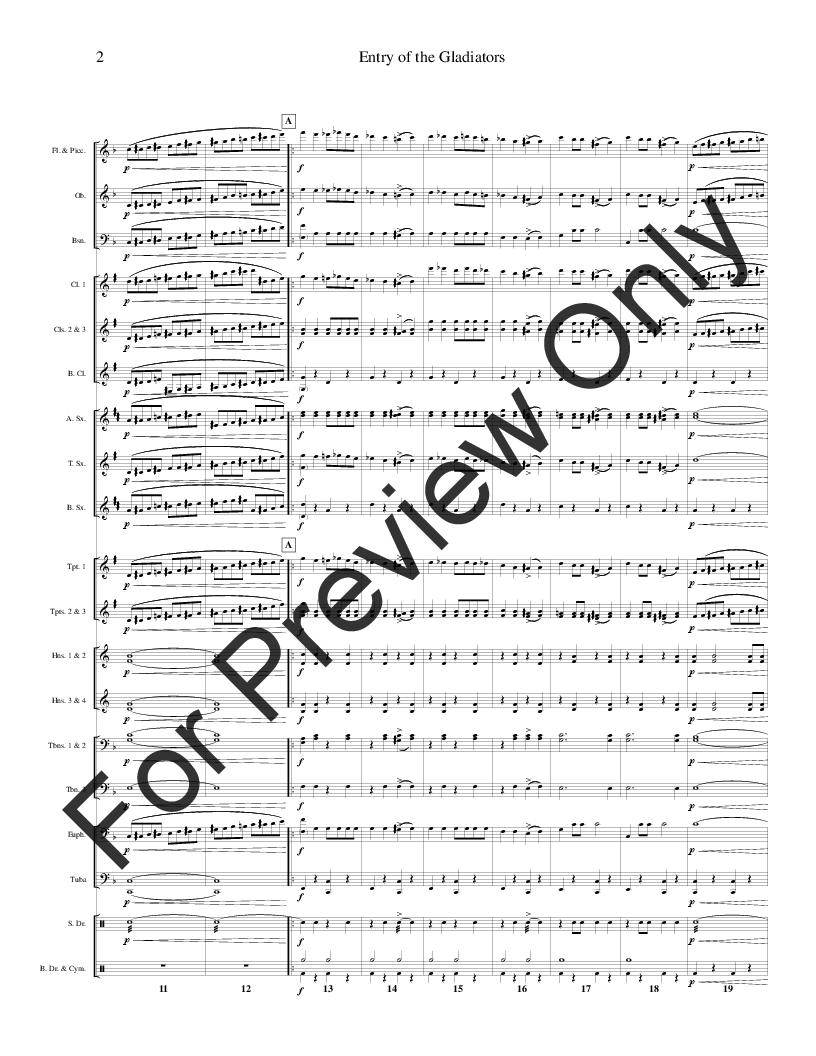 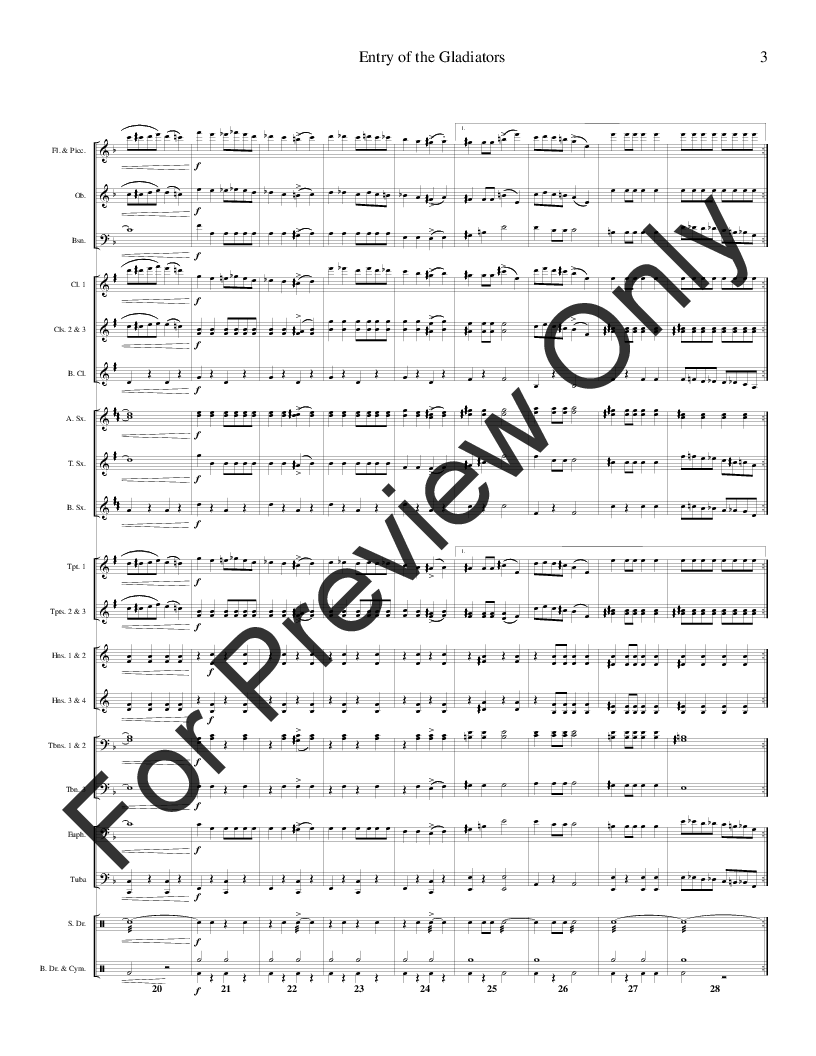 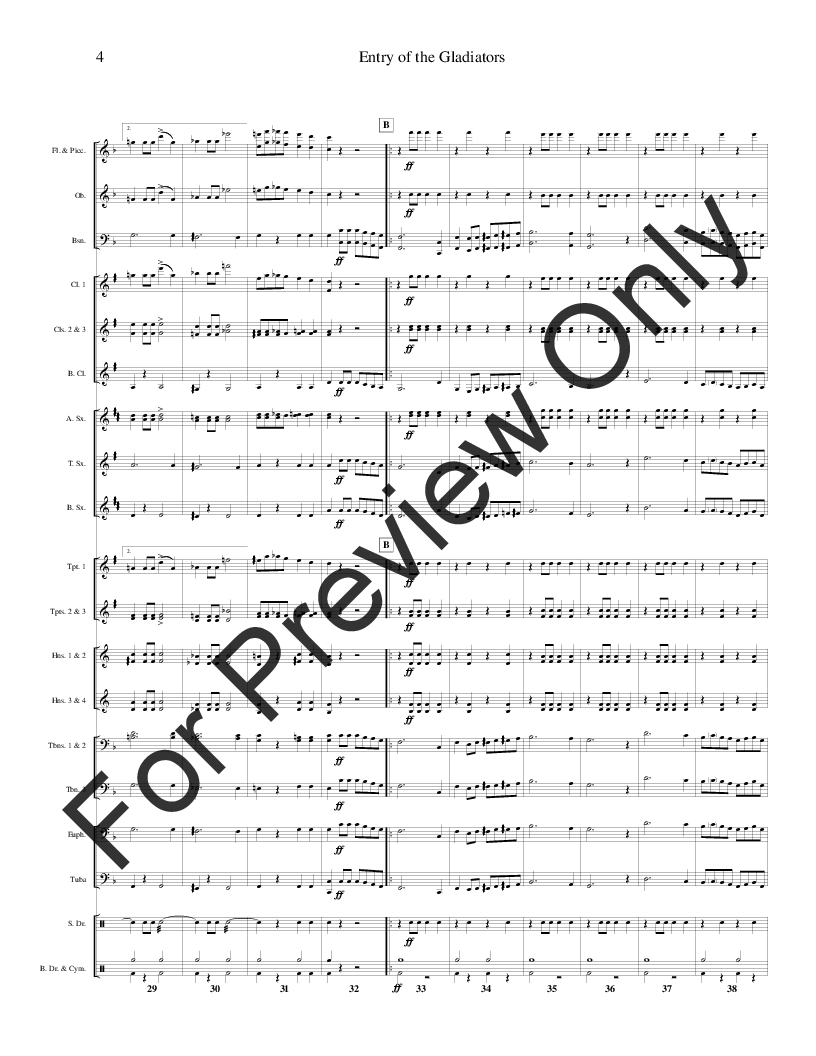 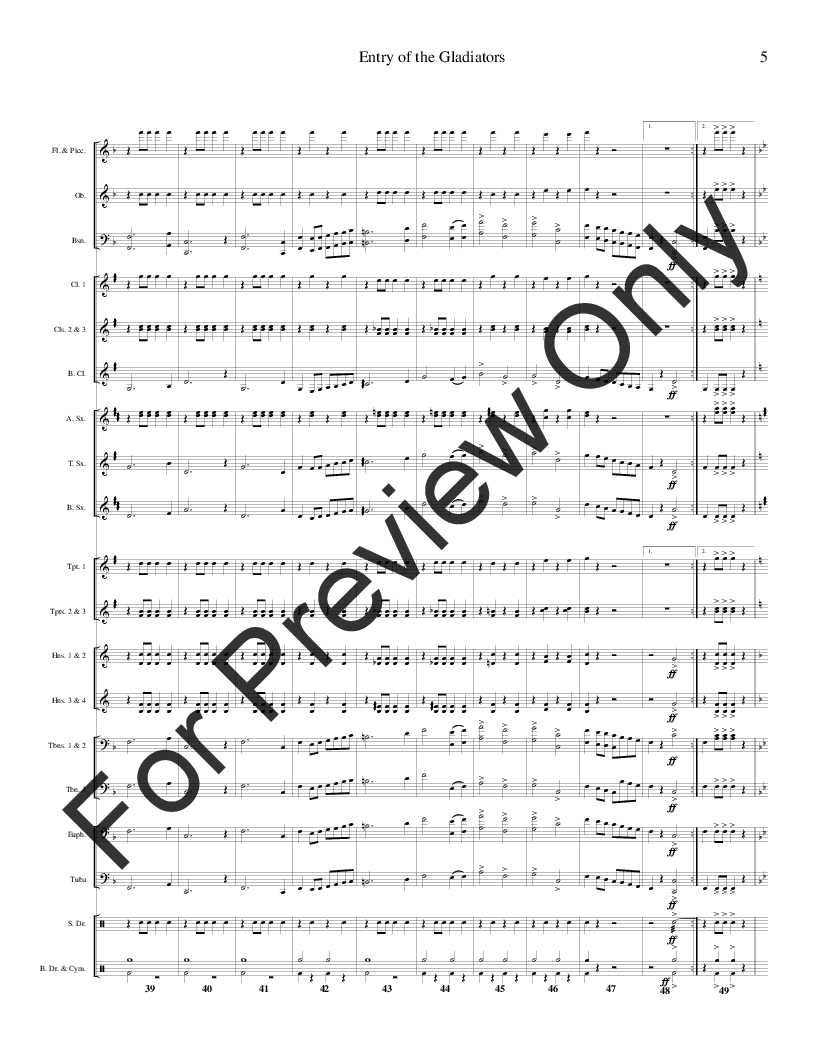 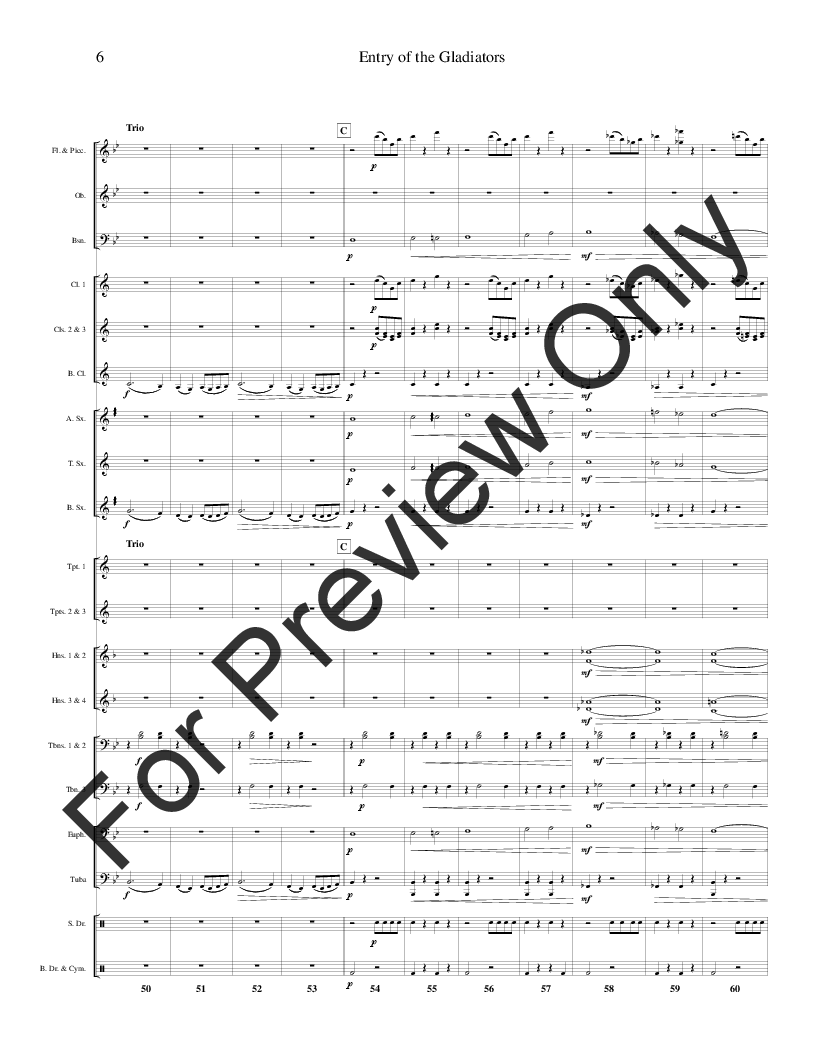 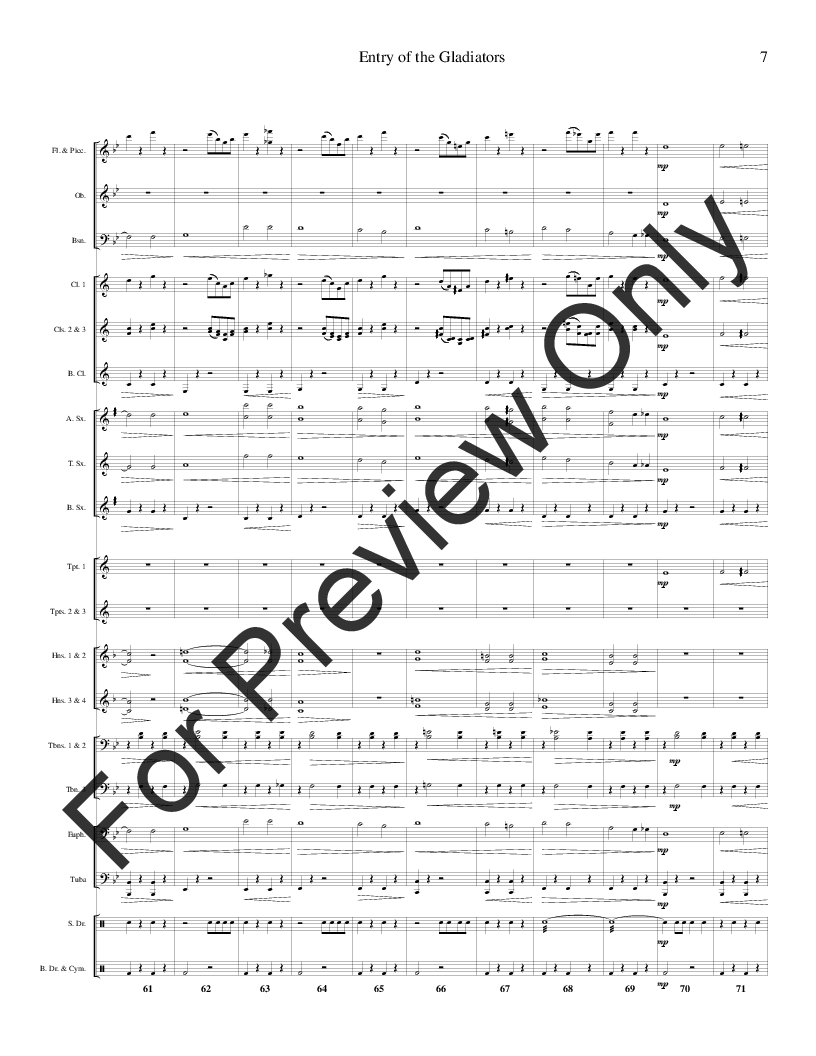 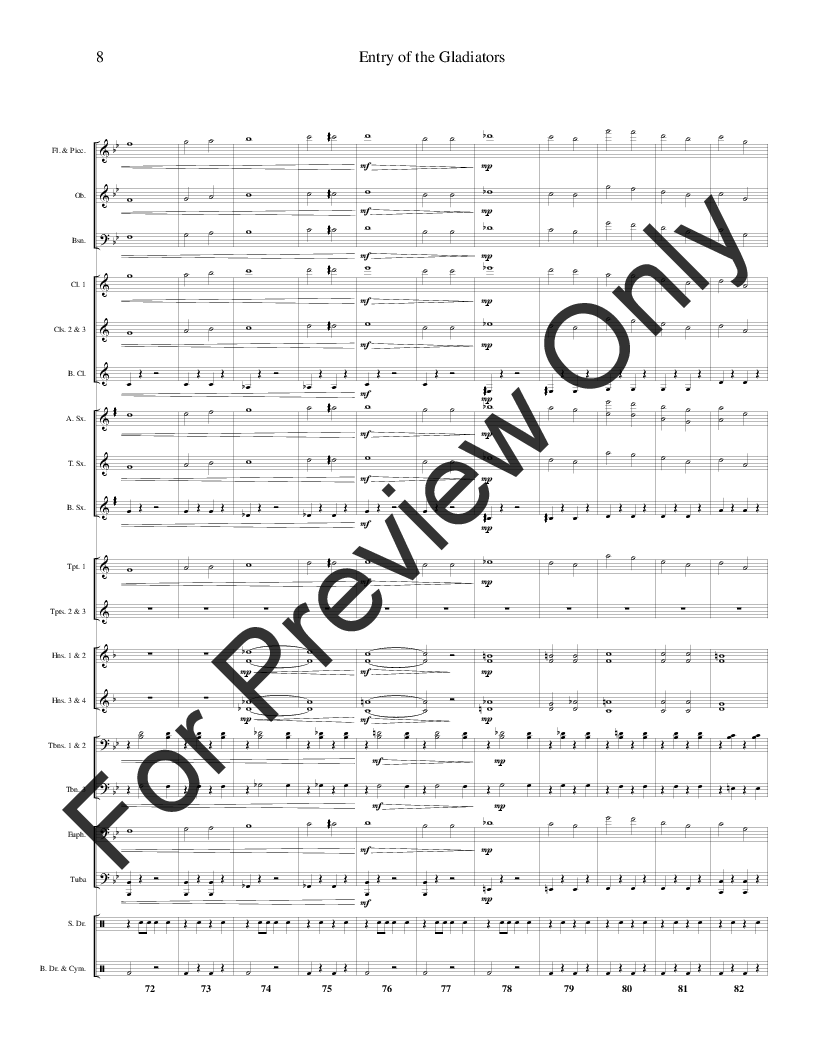 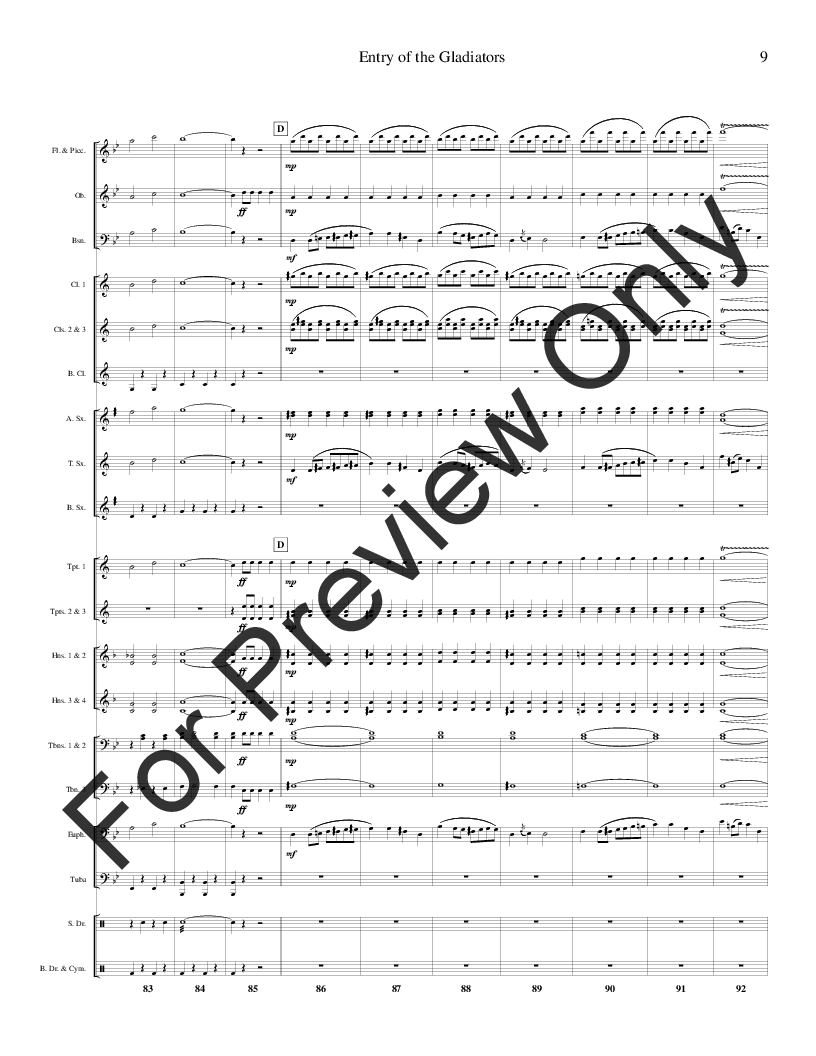 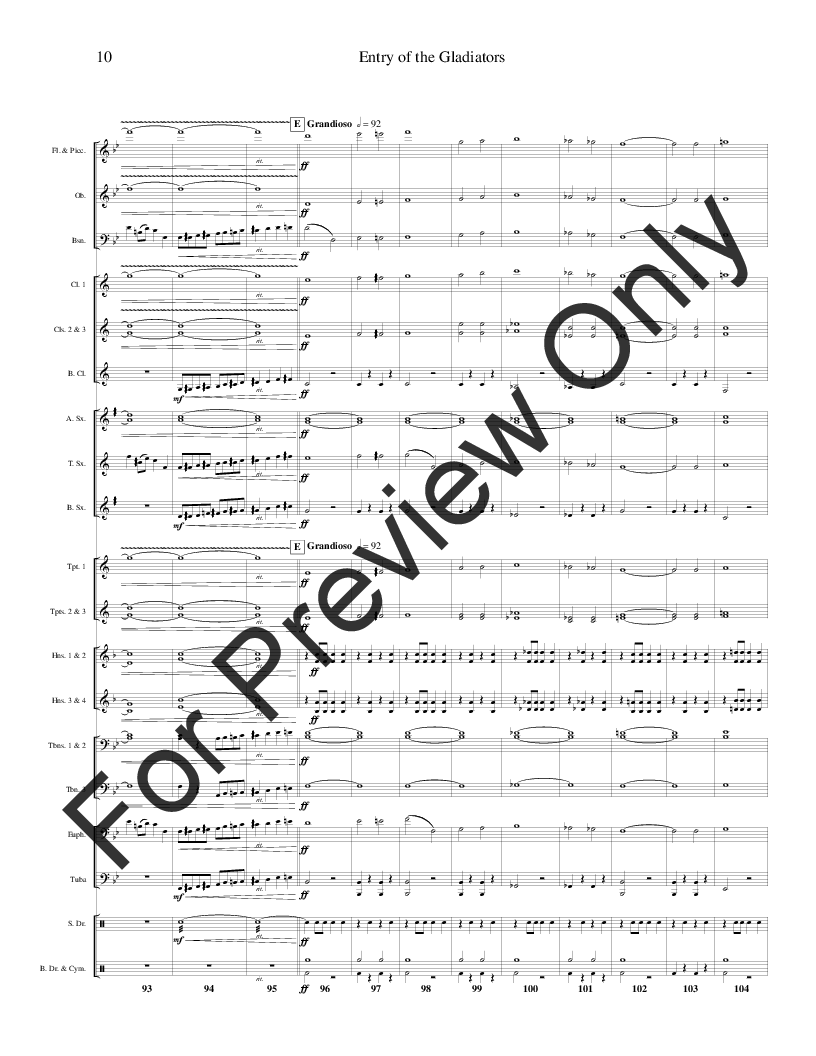 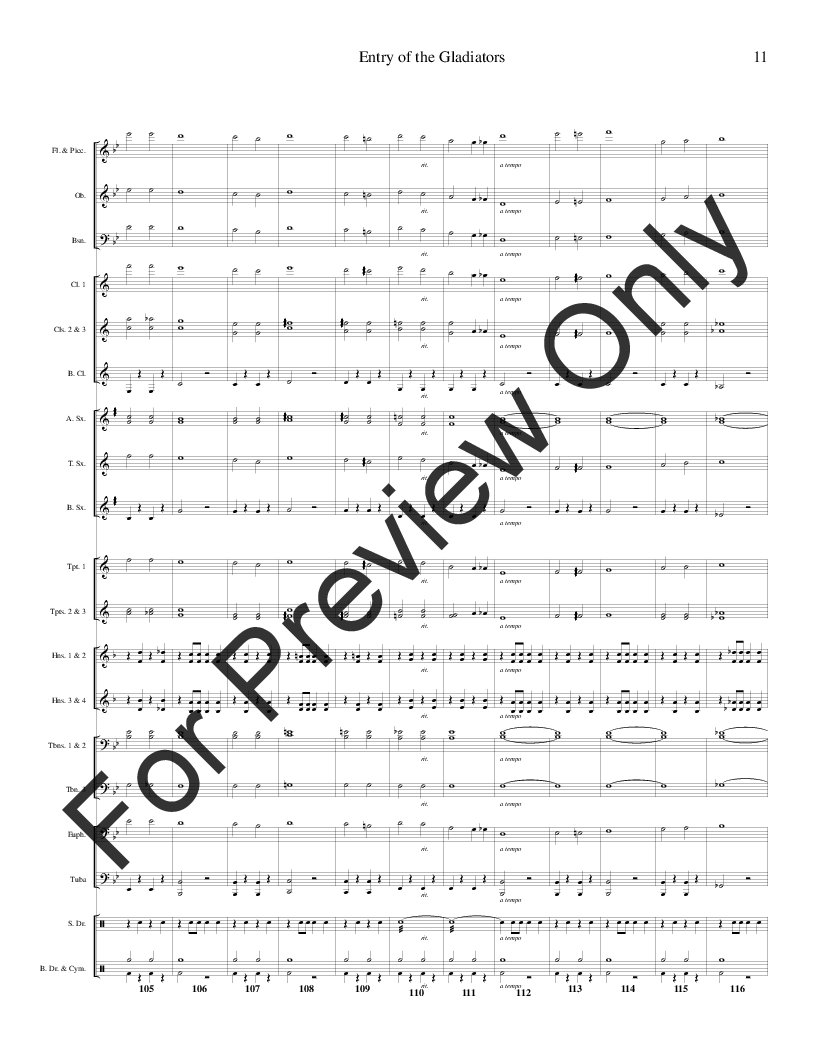 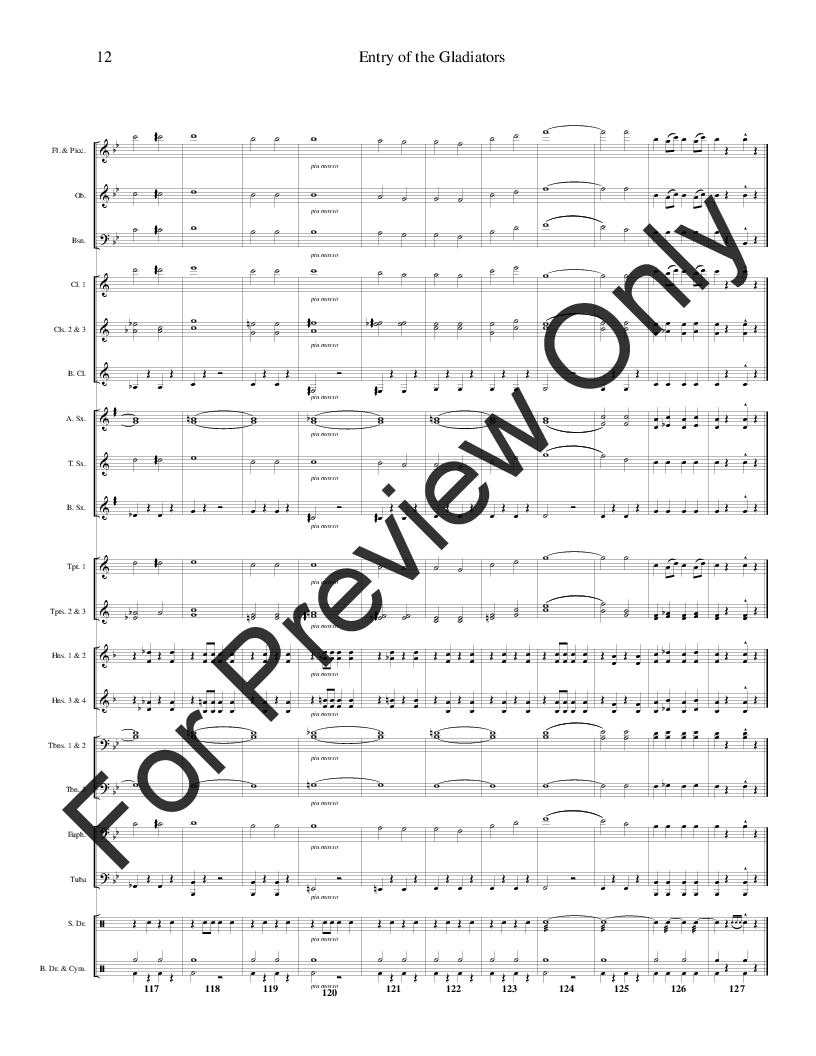 Publisher Desc.  "Entrance of the Gladiators," op. 68 or "Entry of the Gladiators" is a military march composed in 1897 by Julius Fucik. He originally titled it "Grande Marche Chromatique," reflecting the use of chromatic scales throughout the piece, but changed the title based on his personal interest in the Roman Empire.In 1910 Canadian composer Louis-Philippe Laurendeau arranged "Entrance of the Gladiators" for a small band under the title "Thunder and Blazes," and sold this version throughout North America. It was during this period that the song gained lasting popularity as a screamer march for circuses, often used to introduce clowns. Today it is known mainly by this association, even though the title and composer are relatively obscure. Laurendeau's version was also transcribed for fairground organs.
Select a Product
My Library
What is My Library?
Order Extra Parts

Powered by Rating-System.com
Share this title
MY LIBRARY FOLDERS
NOTES TAGS
∗ item exists in this folder Go to My Library >
Item Successfully Added To My Library