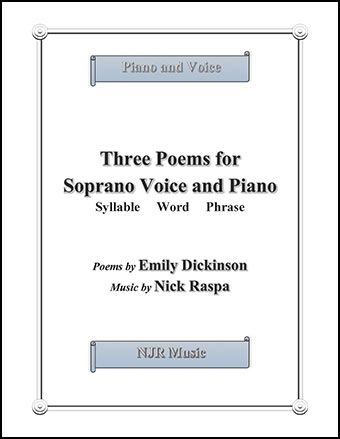 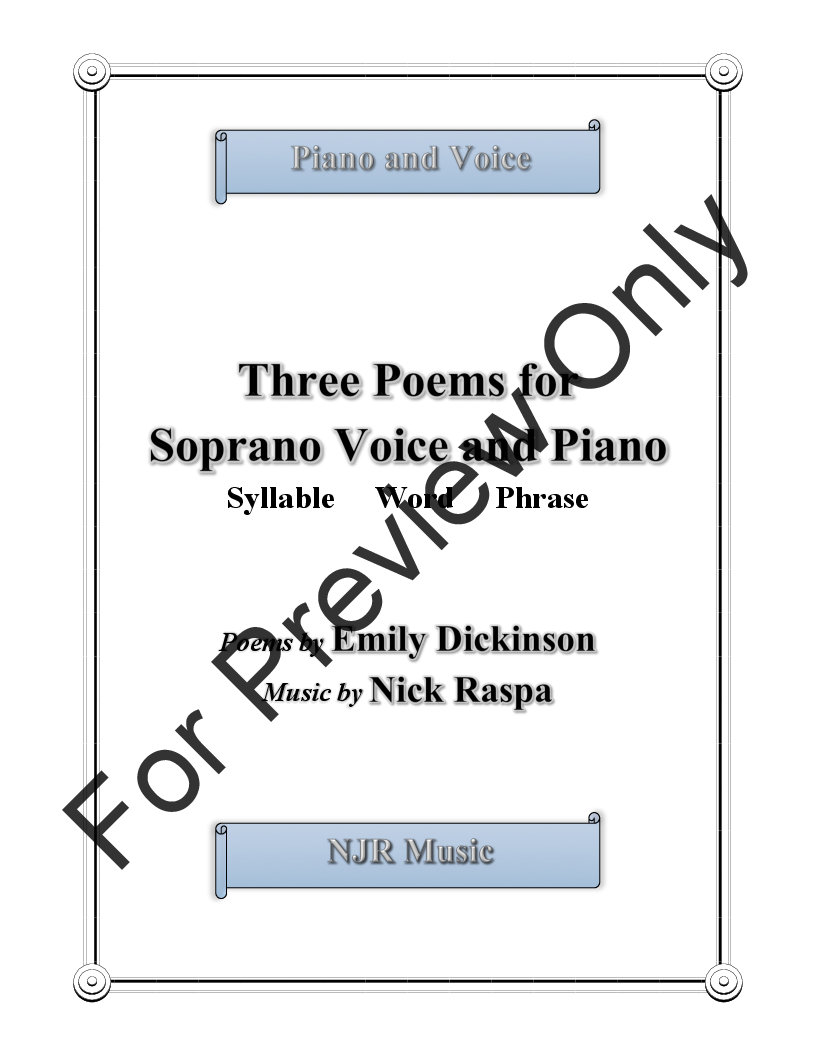 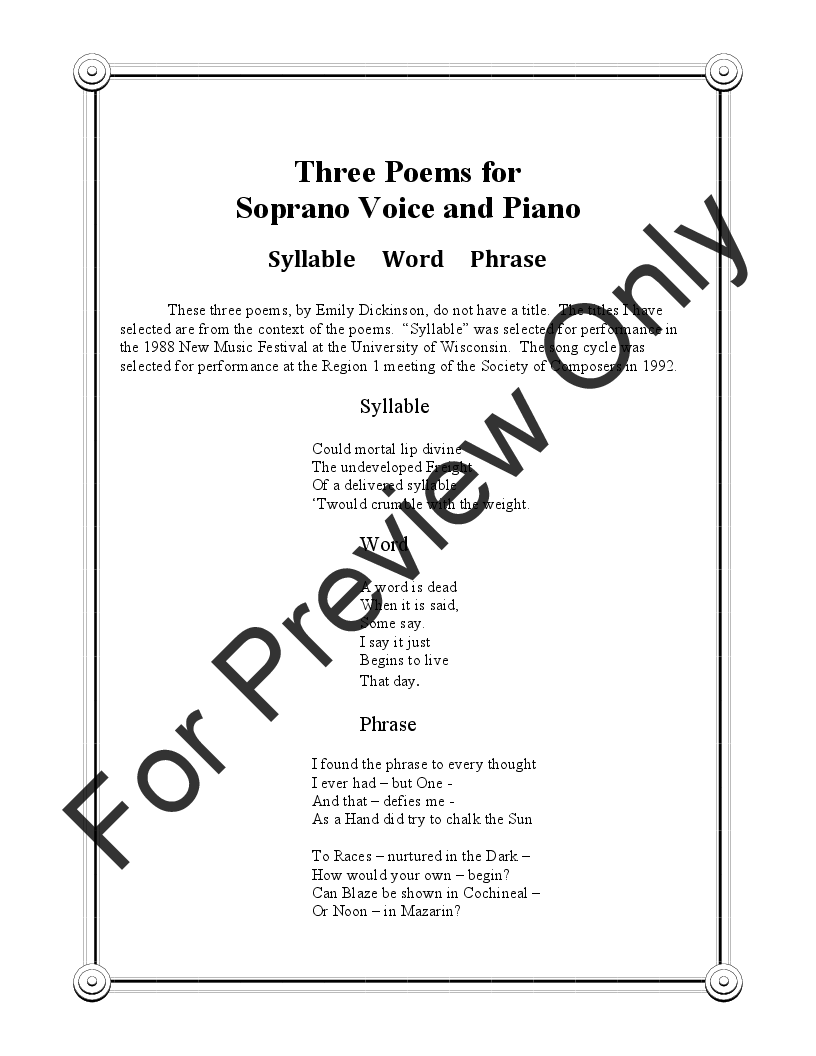 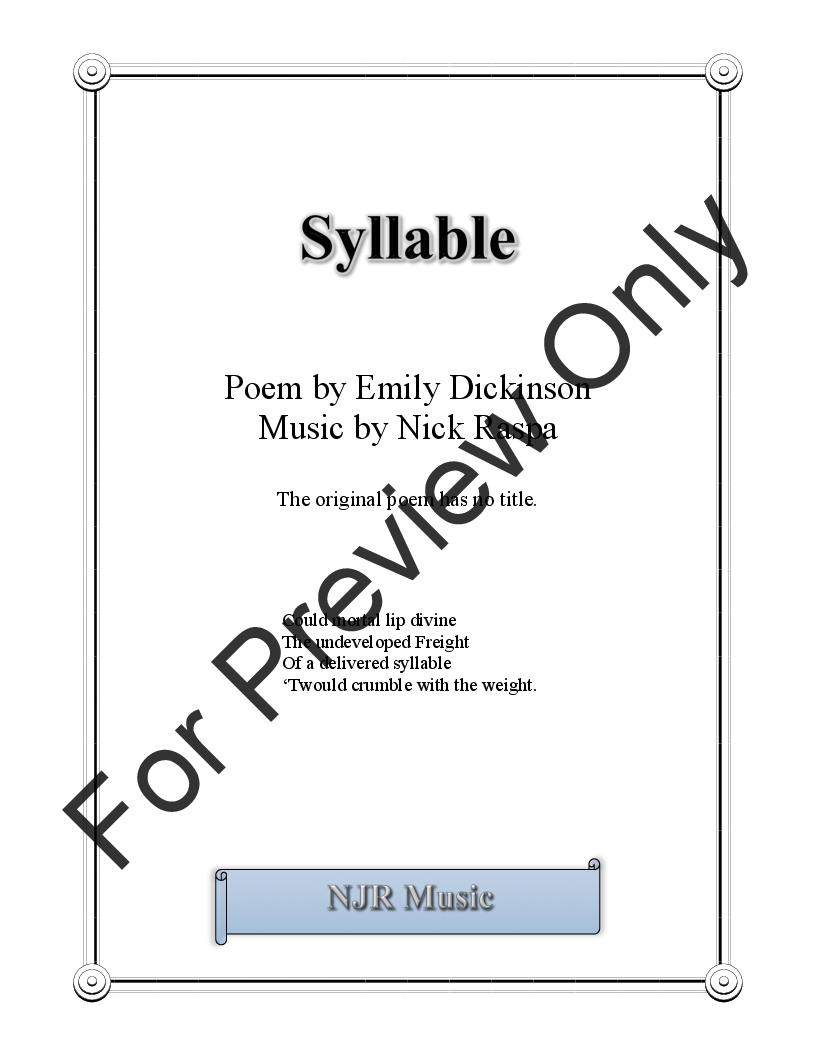 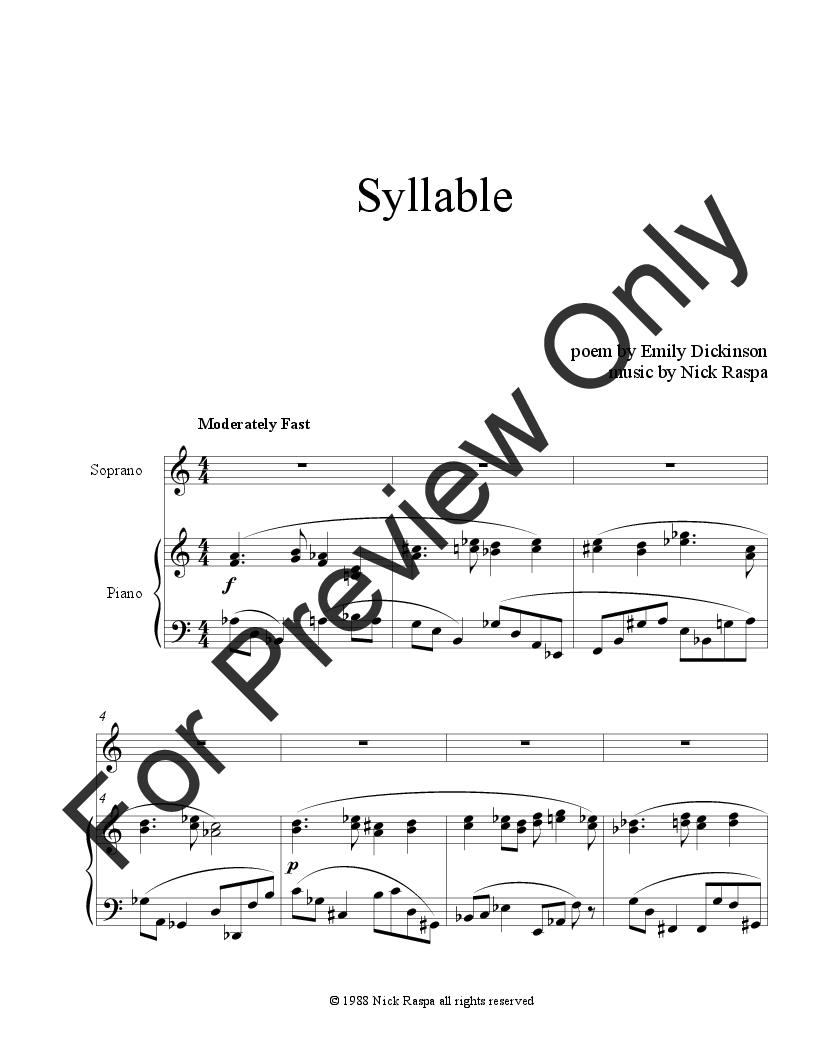 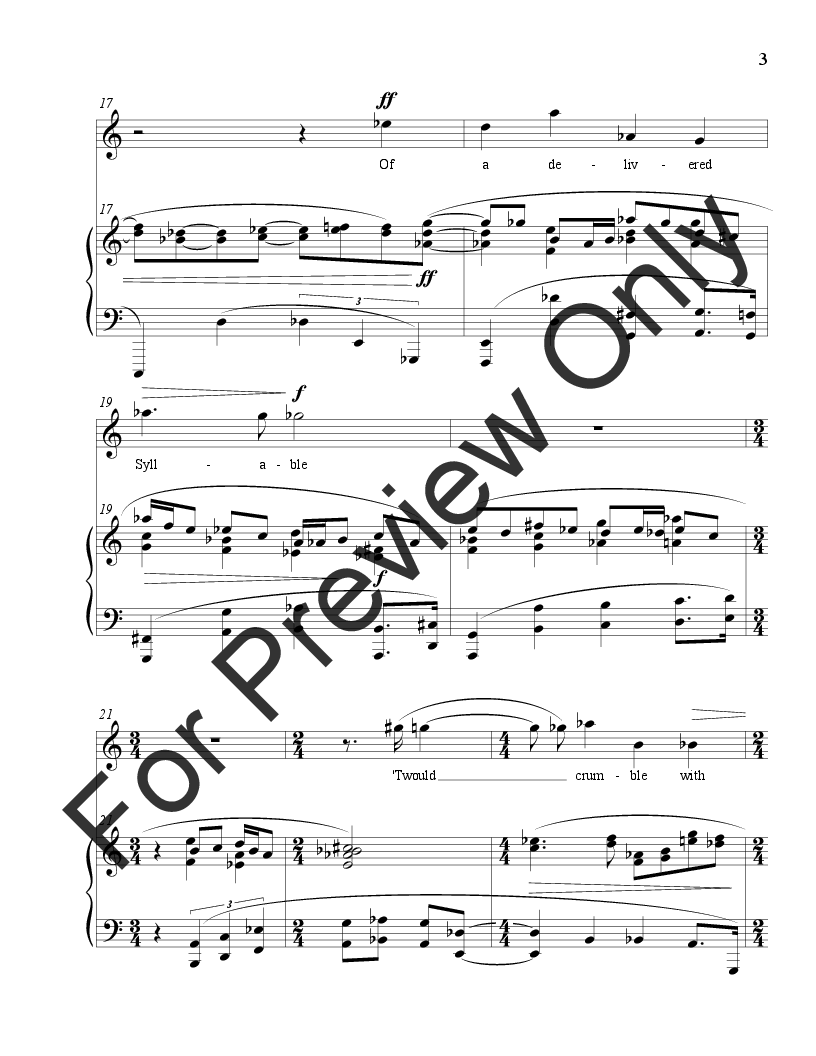 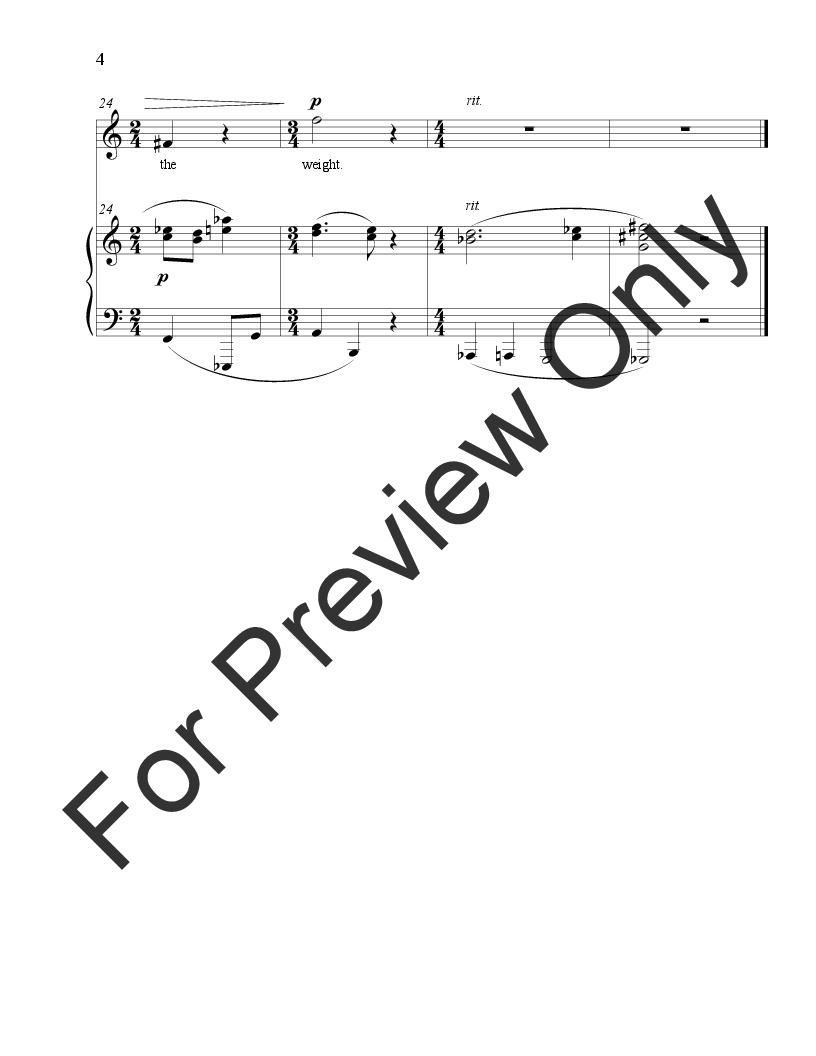 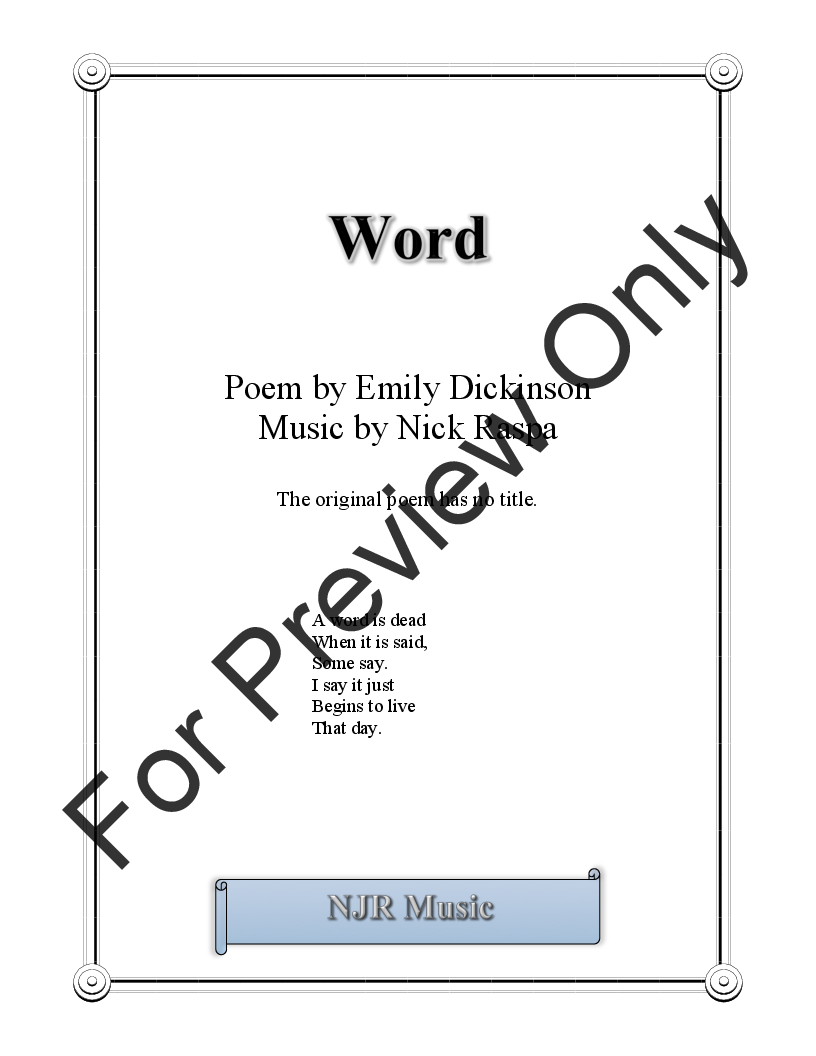 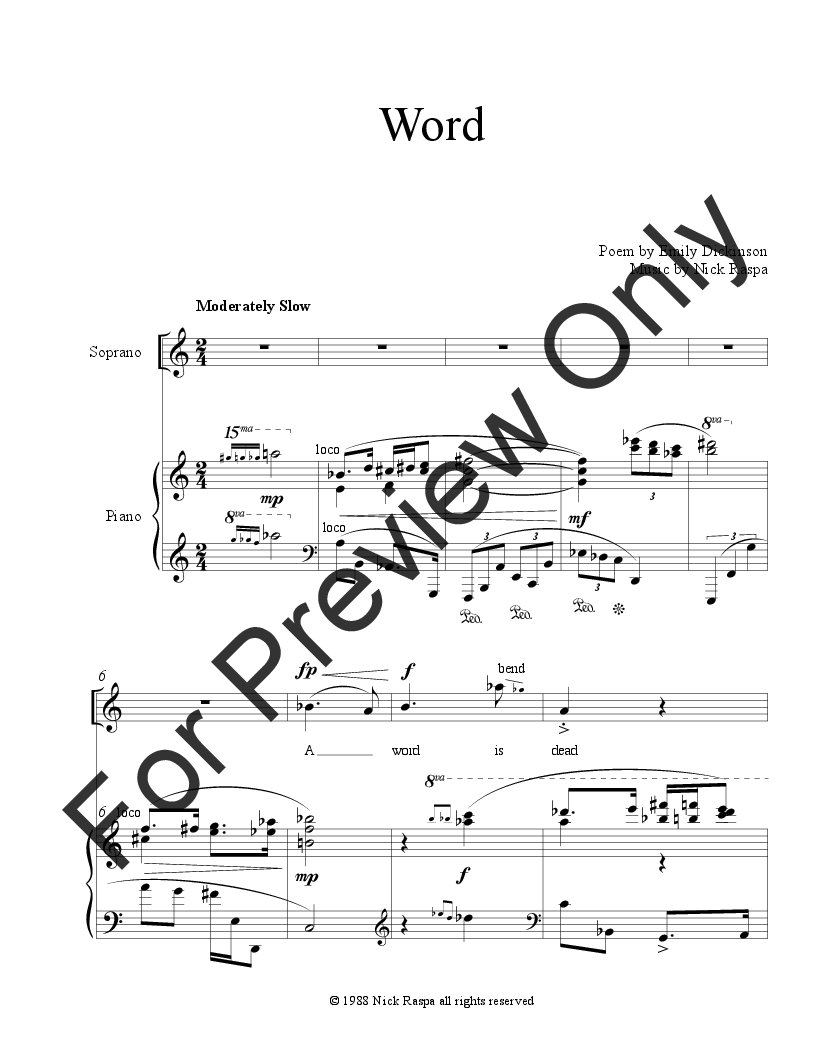 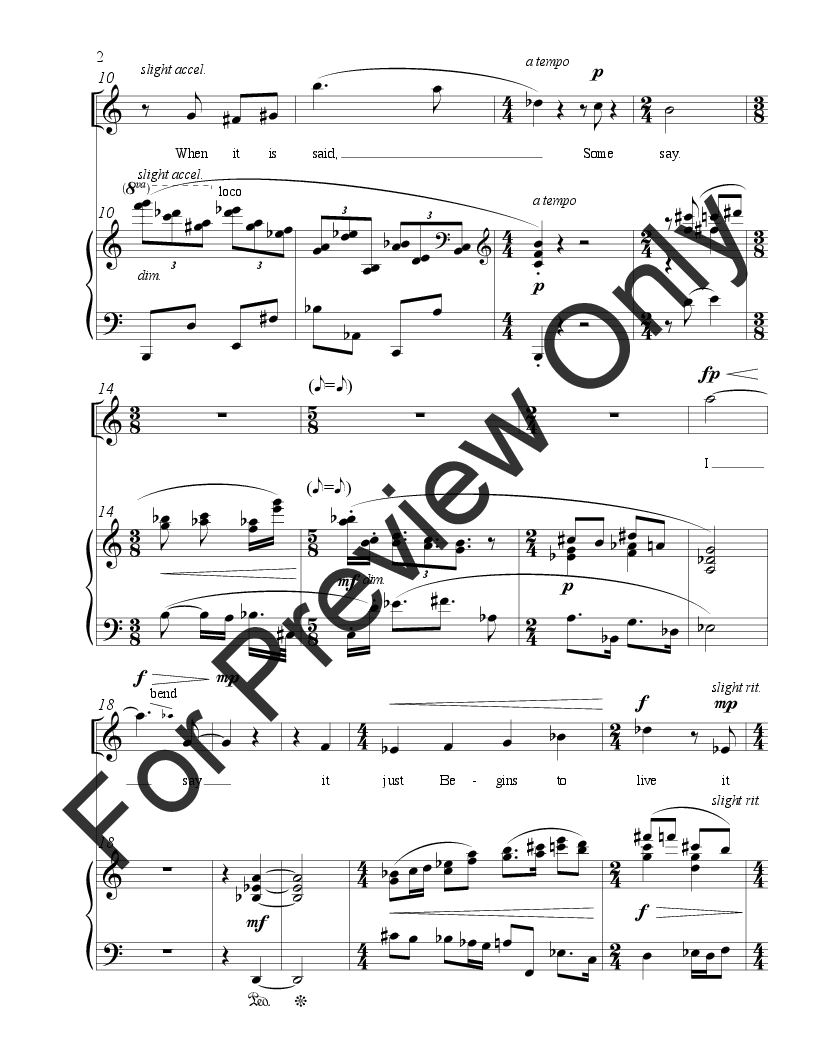 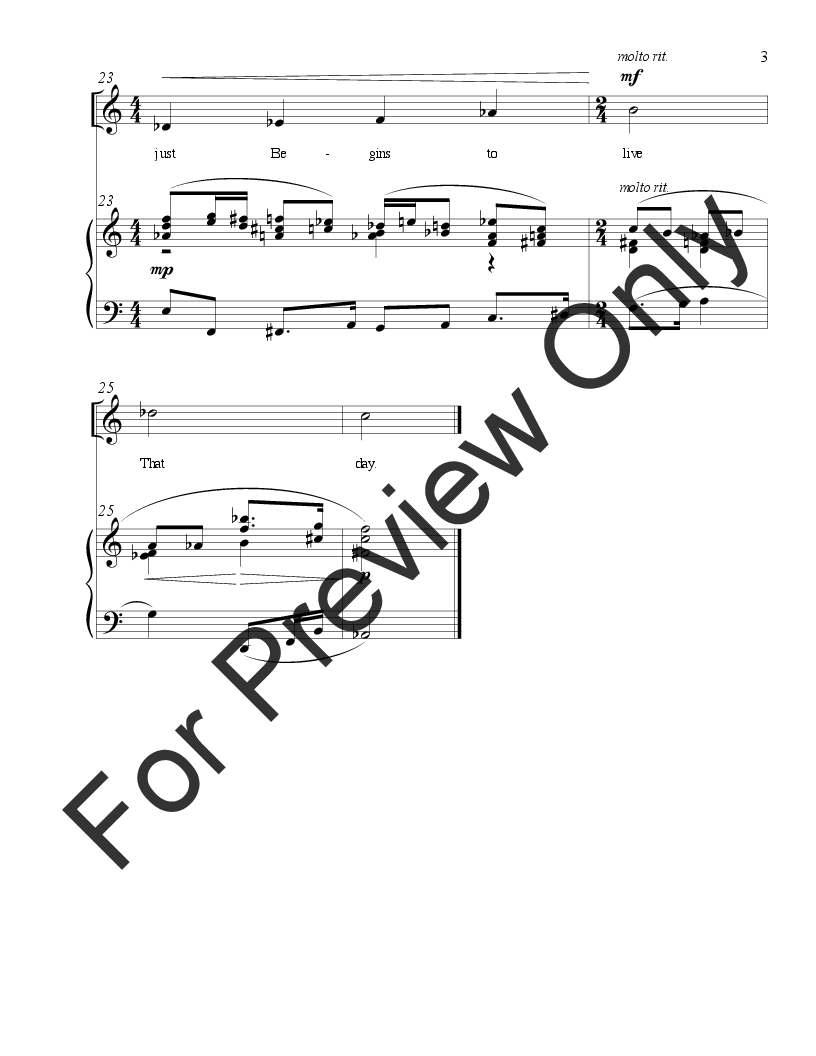 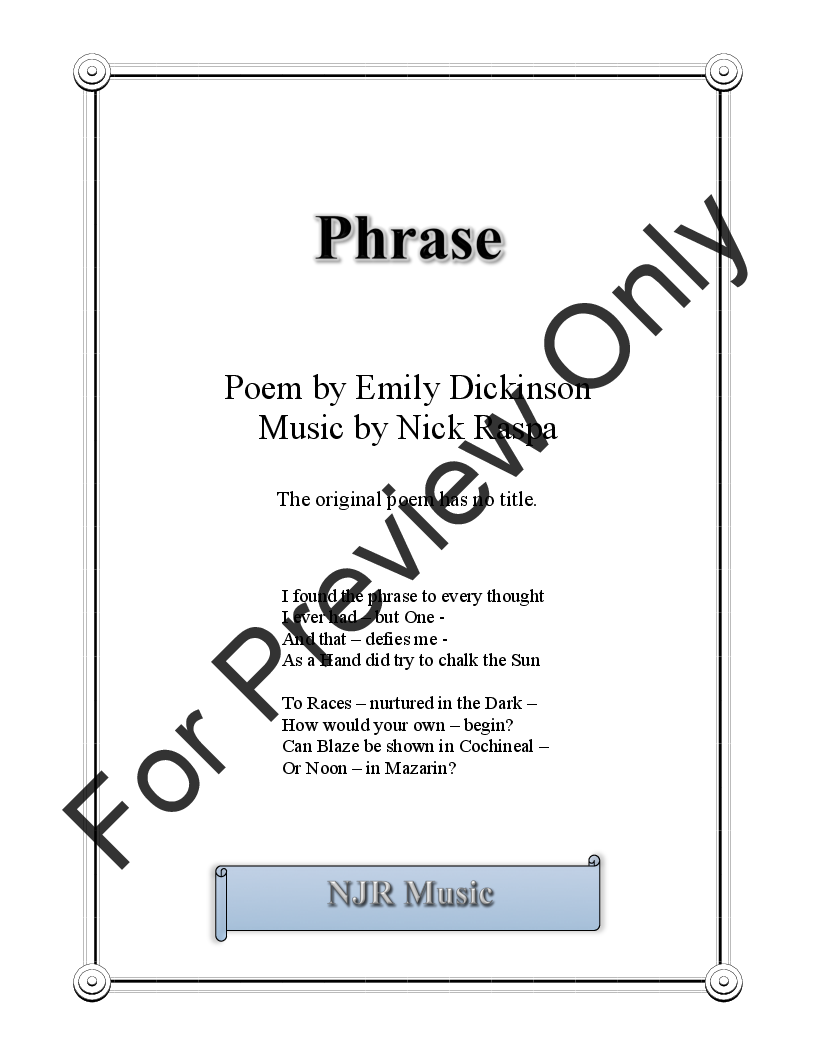 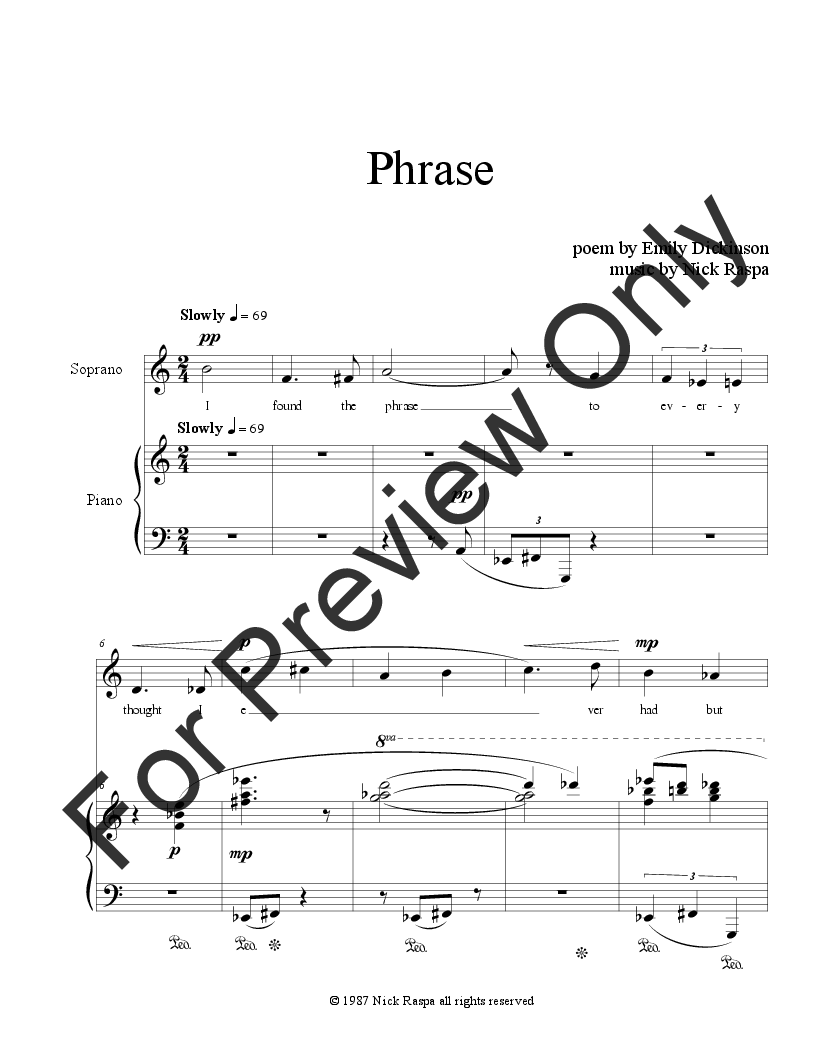 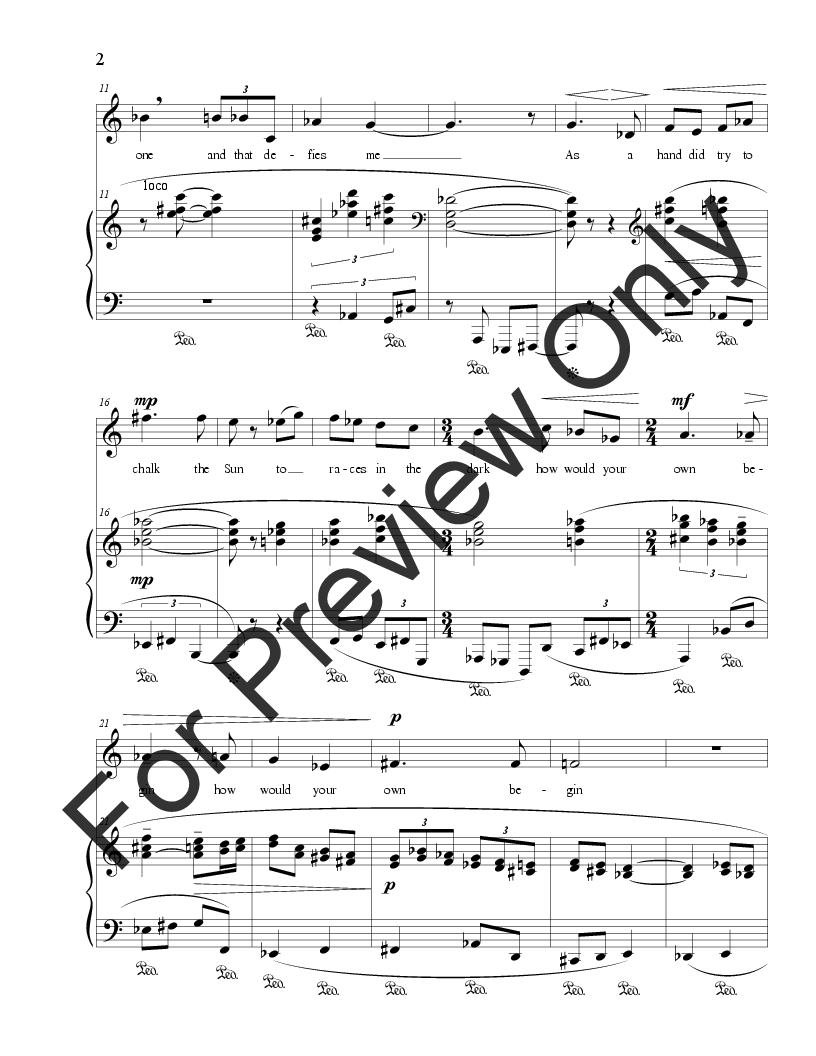 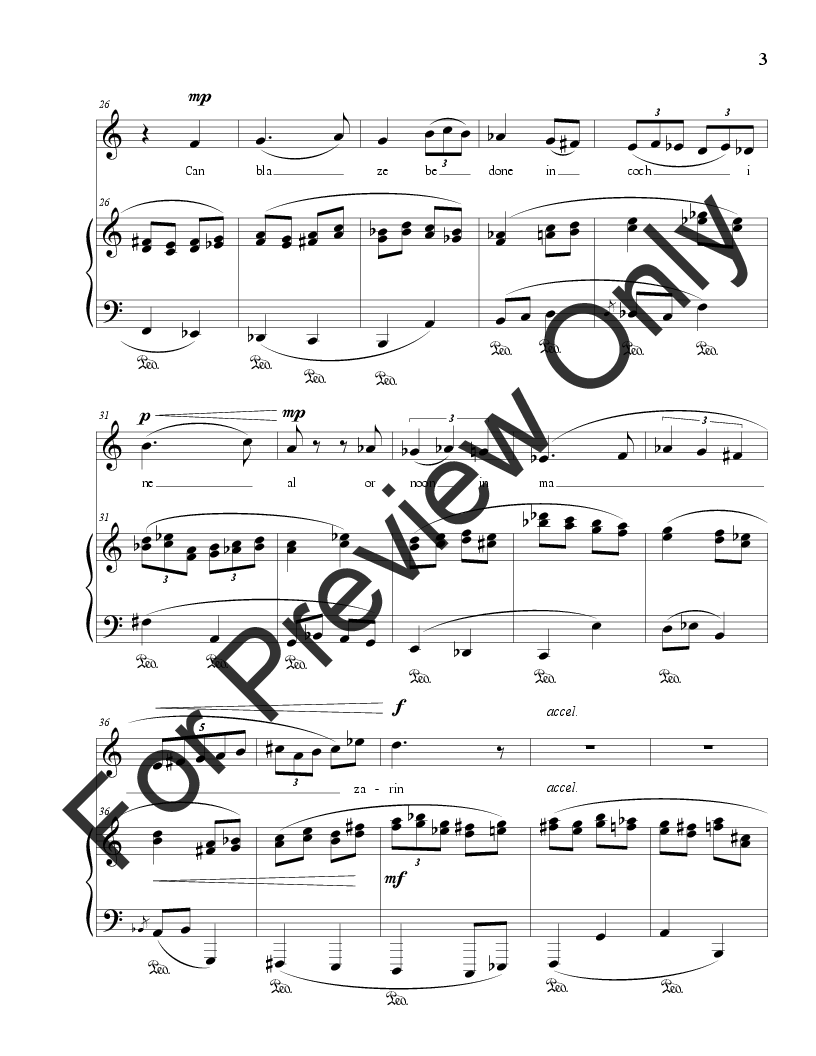 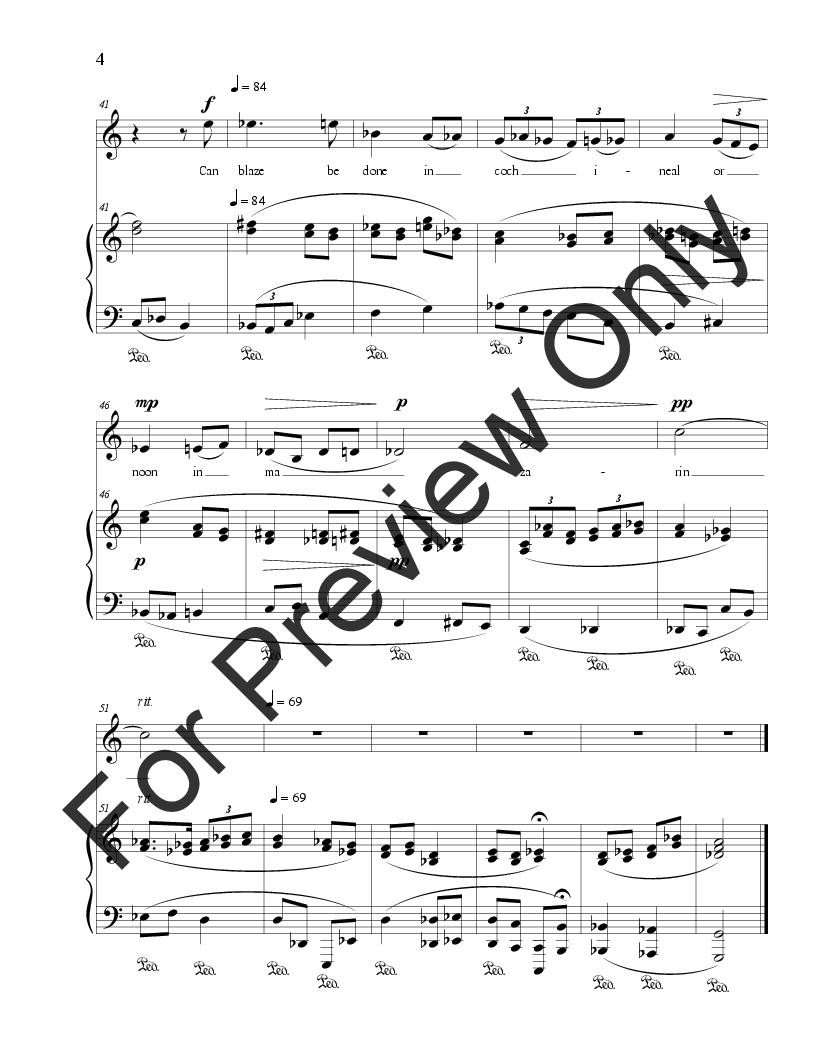 Publisher Desc.  A setting of three Emily Dickinson poems (Syllable, Word, Phrase) for piano & soprano voice. Syllable was selected for performance in the 1988 New Music Festival at the University of Wisconsin. The song cycle was selected for performance at the Region 1 meeting of the Society of Composers in 1992. Emily Dickinson did not title the poems. The titles were selected based on the context of the poems. Duration of the entire song cycle is about 3 1/2 minutes: Syllable and Word are approximately 1 minute each and Phrase is about 1 1/2 minutes. 32 pages.SyllableCould mortal lip divinethe undeveloped FreightOf a delivered syllableWould crumble with the weight.WordA word is deadWhen it is said,Some say.I say it justBegins to liveThat Day.PhraseI found the phrase to every thoughtI ever had - but One - And that - defies me -As a Hand did try to chalk the SunTo Races - nurtured in the Dark -How would your own - begin?Can Blaze be shown in Cochineal - Or Noon - in Mazarin?
Select a Product
My Library
What is My Library?
Powered by Rating-System.com
Share this title