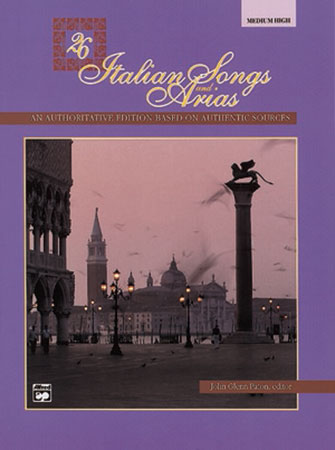 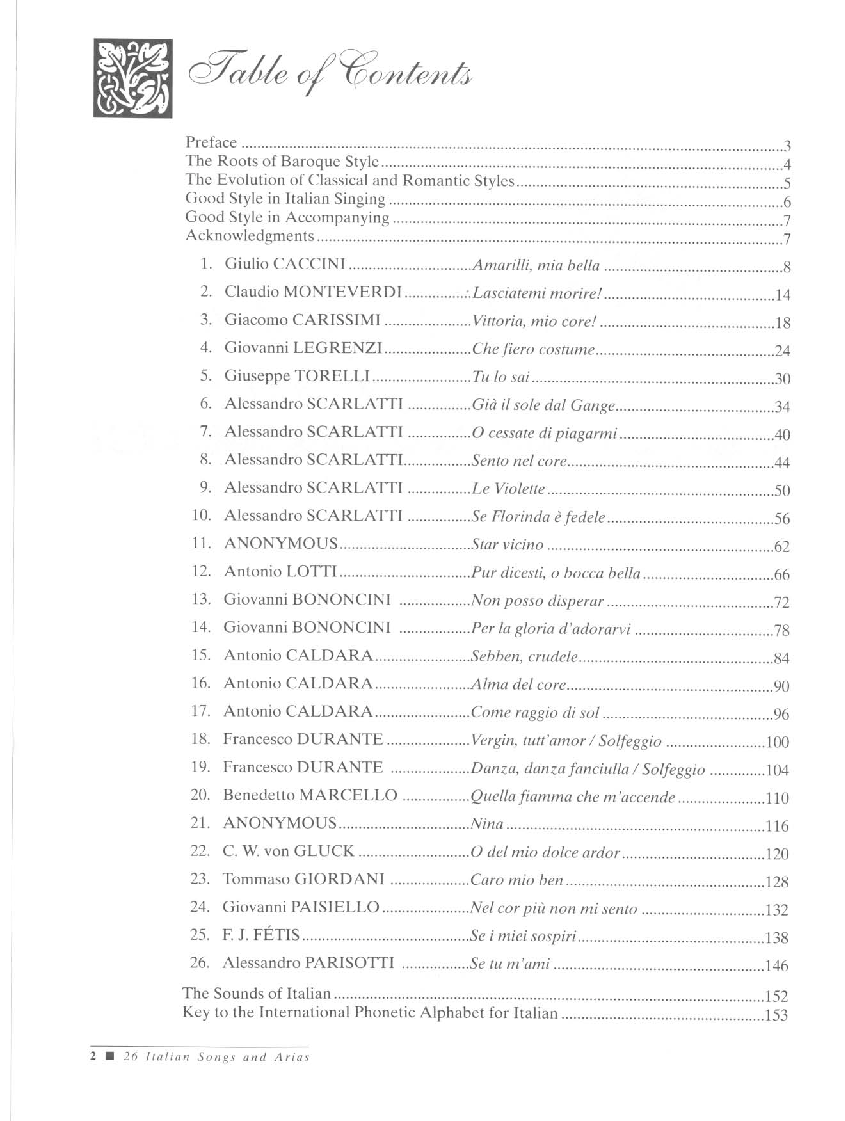 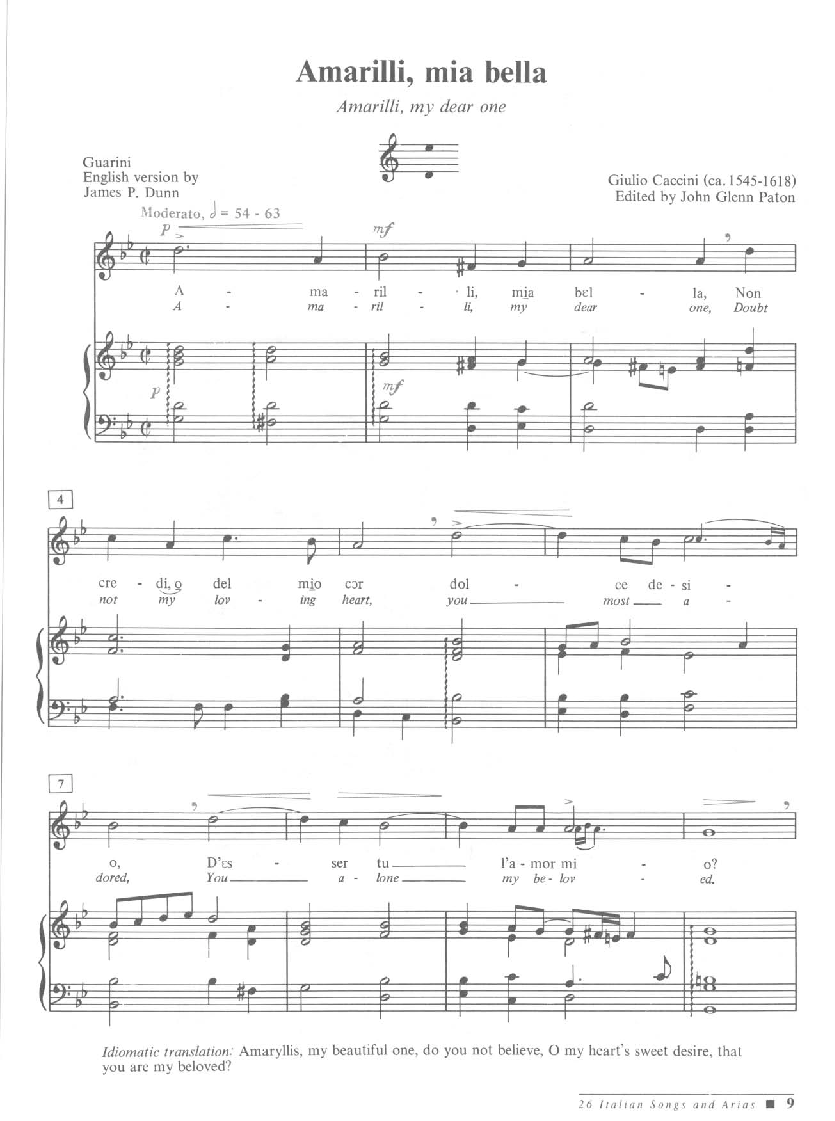 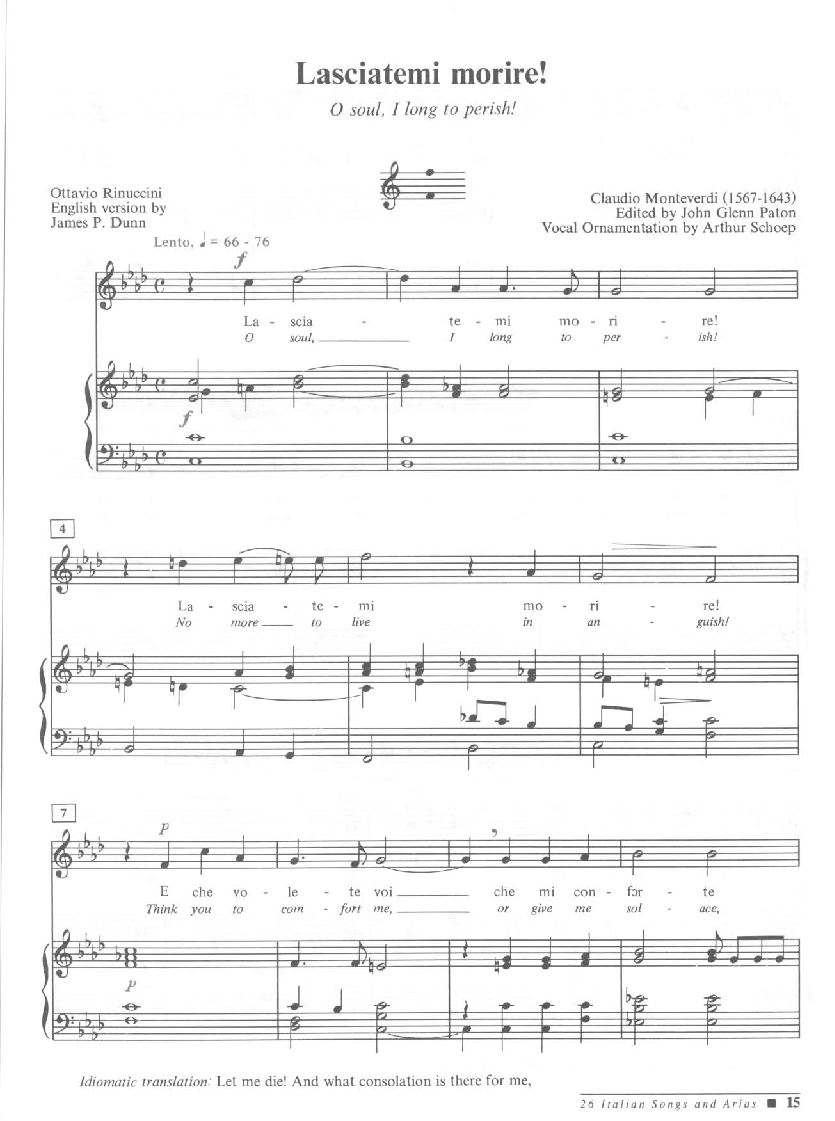 This is a scholarly edition of the famous 24 Italian Songs and Arias plus two. Errors have been corrected in notes, composer's names, even incorrect words. Romantic-era interpretations and 19th century piano accompaniments have been corrected leaving the bright, clear sound of Baroque music. The advantages of this edition are numerous. In both Italian and English, with the English being a singable, rhymed translation. Phonetics are used to make it easier to learn the Italian. Each aria is preceded by a short synopsis of the poetic idea of the aria, and historical background is given for stylistic interpretation. Biographical material is also available on each composer.
Select a Product
My Library
What is My Library?
Full Song List