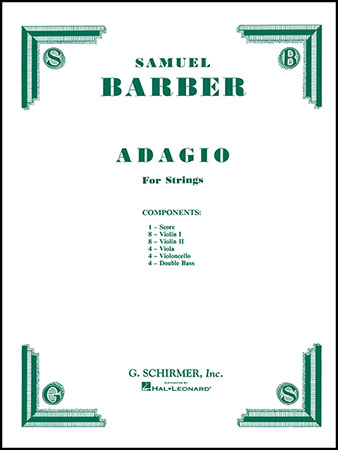 Originally written as the slow movement of a string quartet, this musical treasure was singled out by conductor Arturo Toscanini, who asked Barber for a string orchestra arrangement. It was played on a national radio broadcast following the death of president Roosevelt and has been part of the national consciousness ever since. This is a work of singular beauty and calls for great expressiveness and control.
Select a Product
My Library
What is My Library?
Order Extra Parts
This item appears on the following state lists:
This item appears on the following festival lists:
Powered by Rating-System.com
Share this title