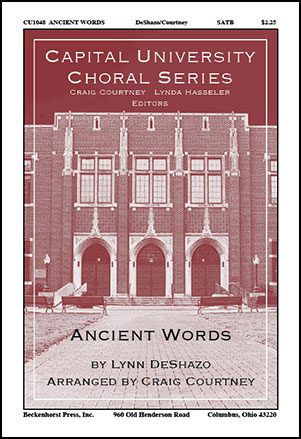 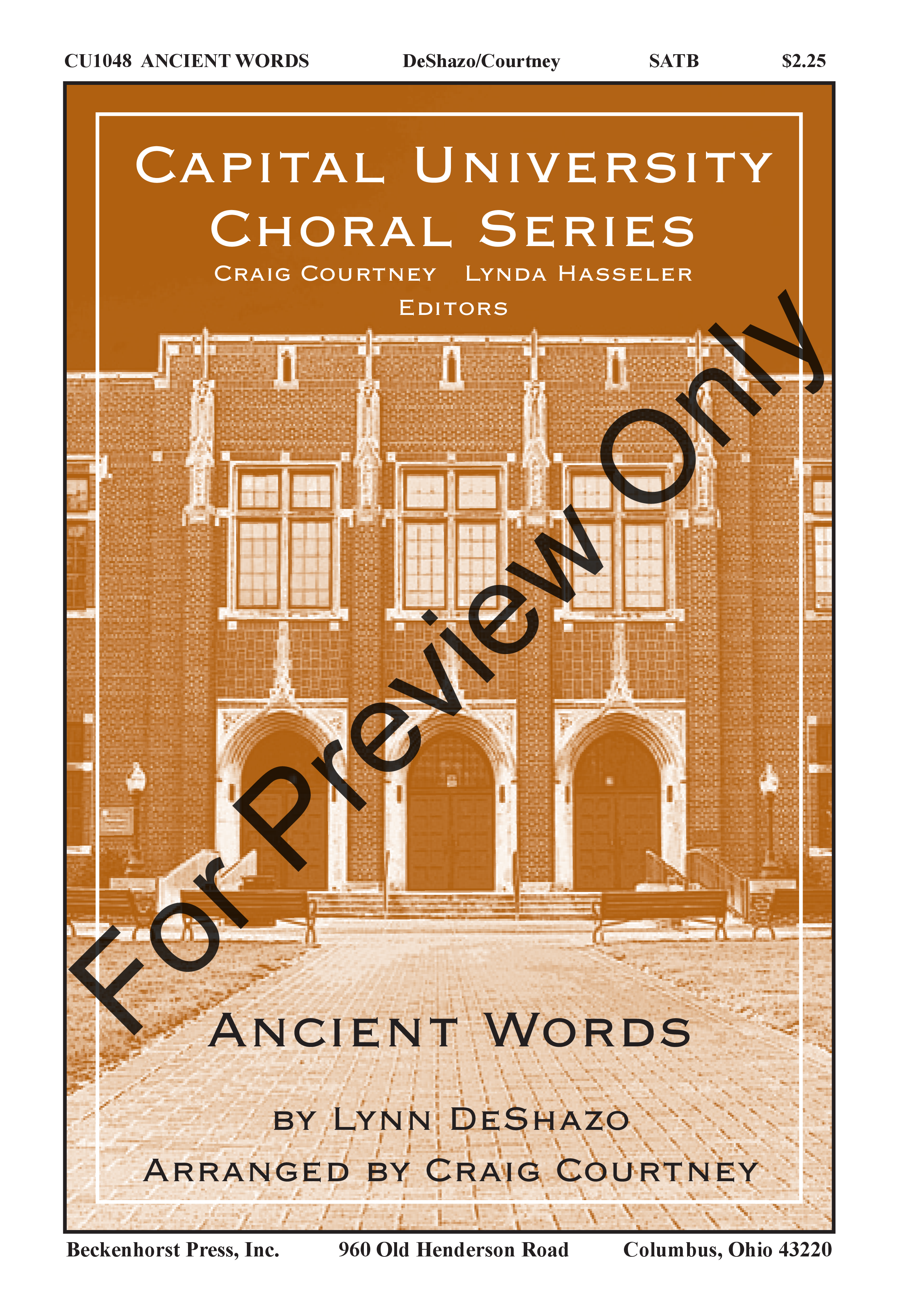 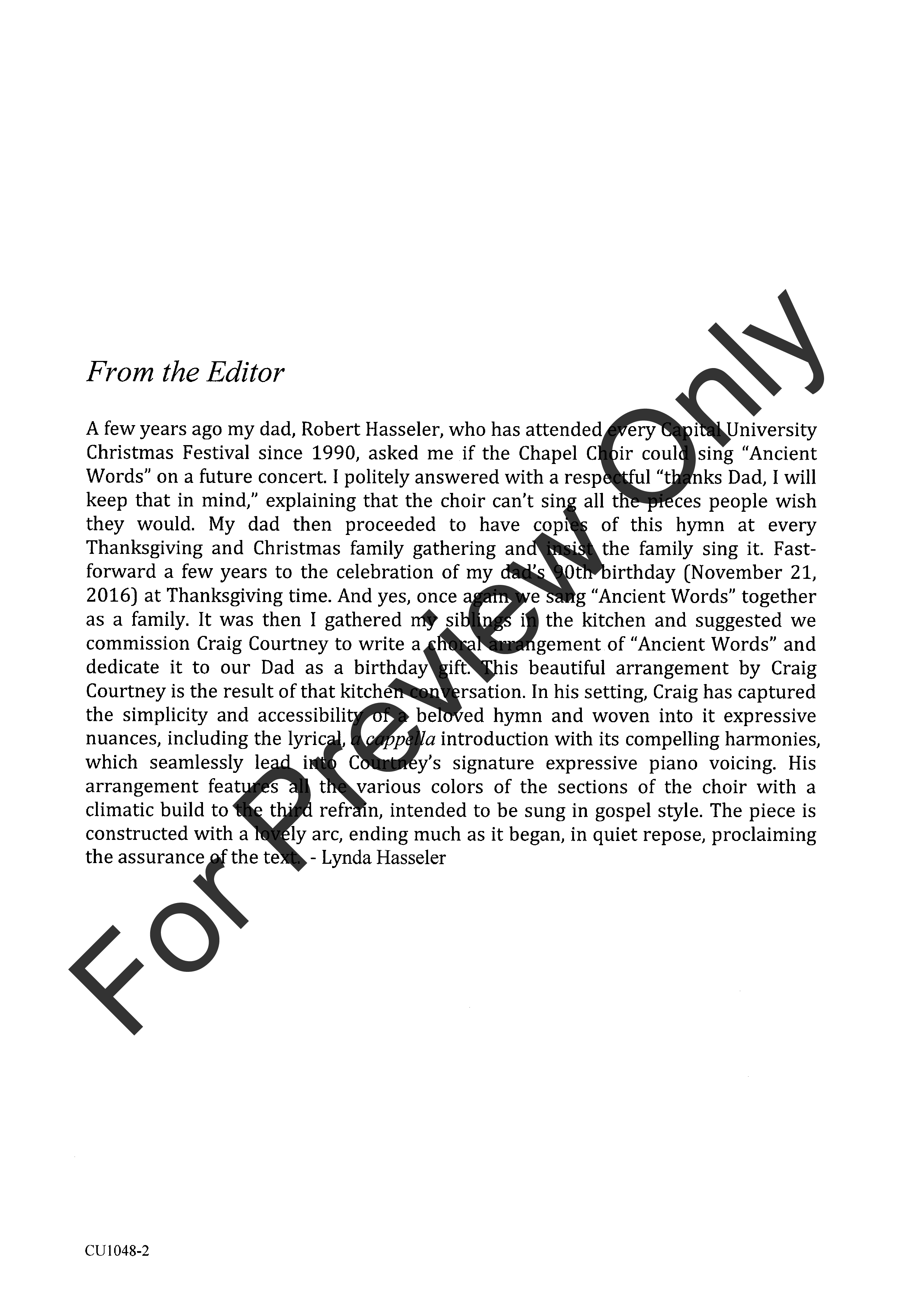 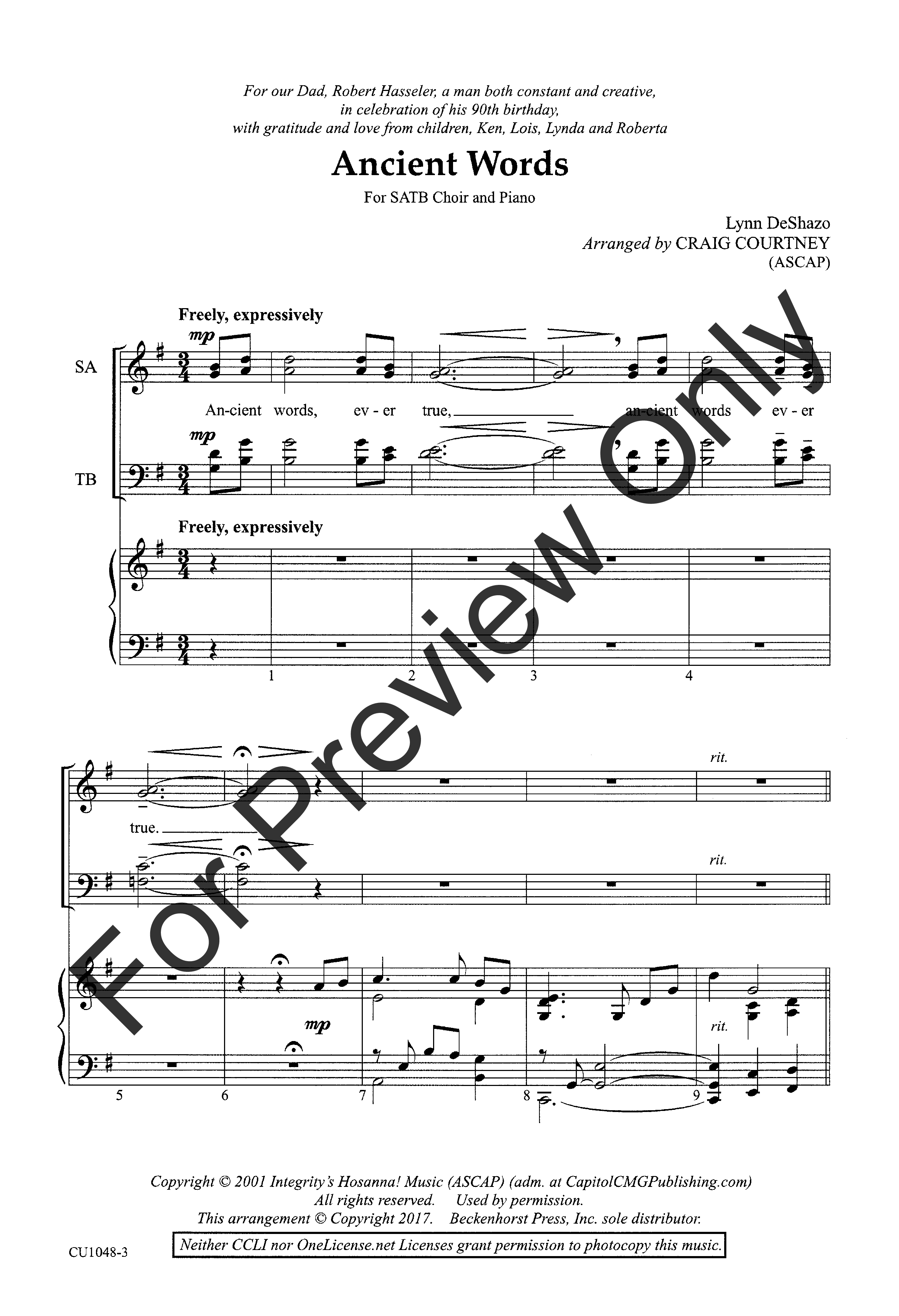 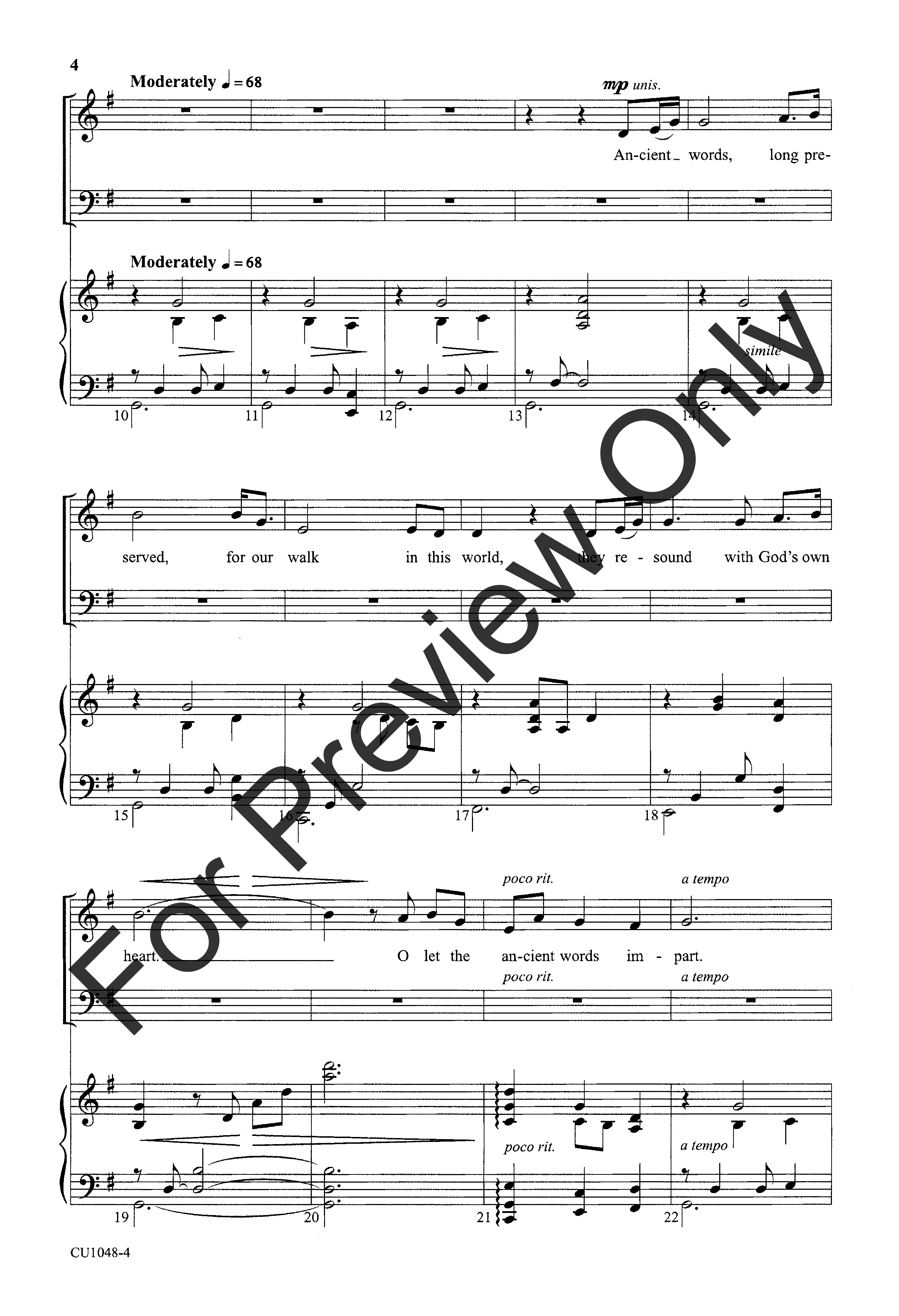 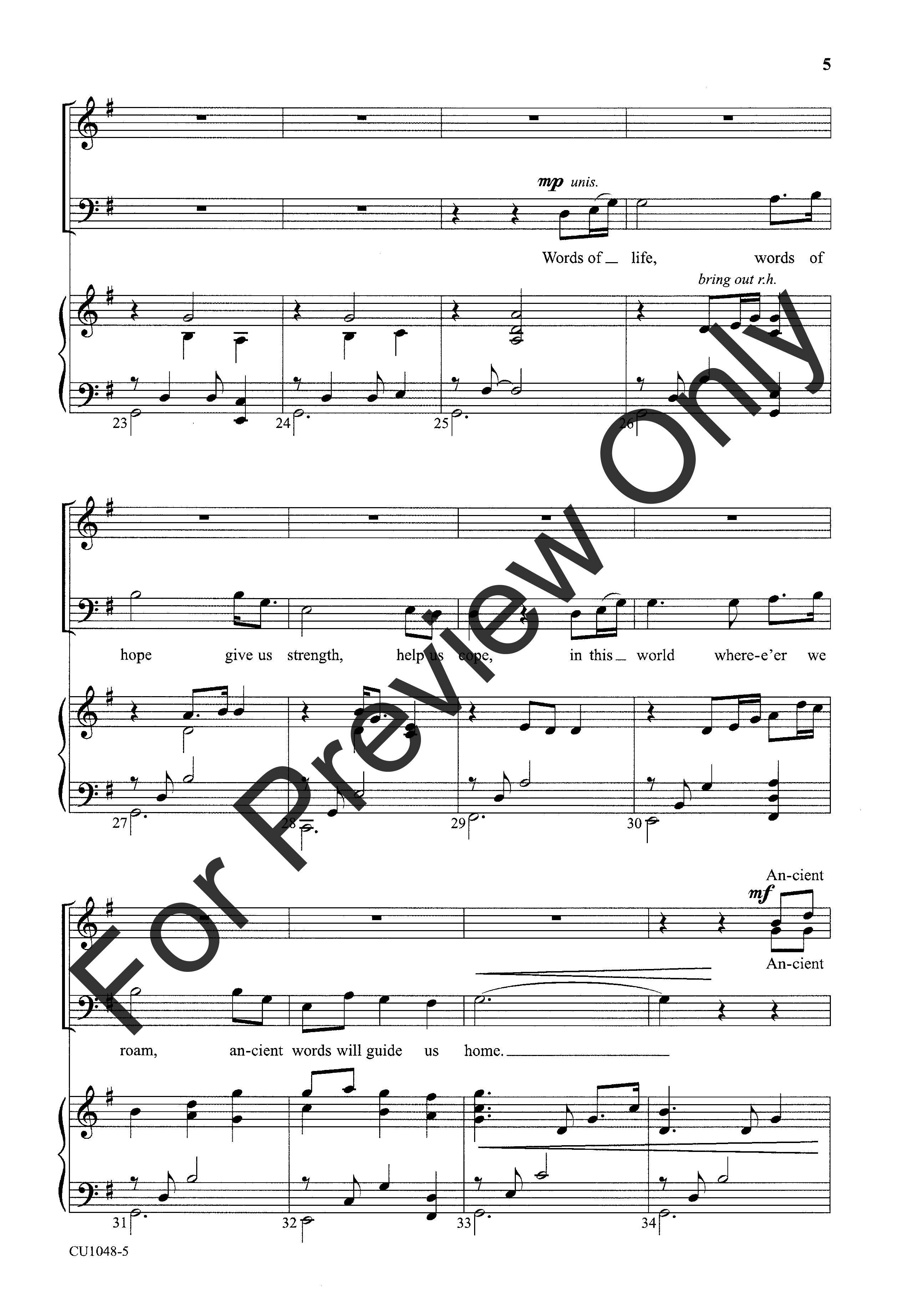 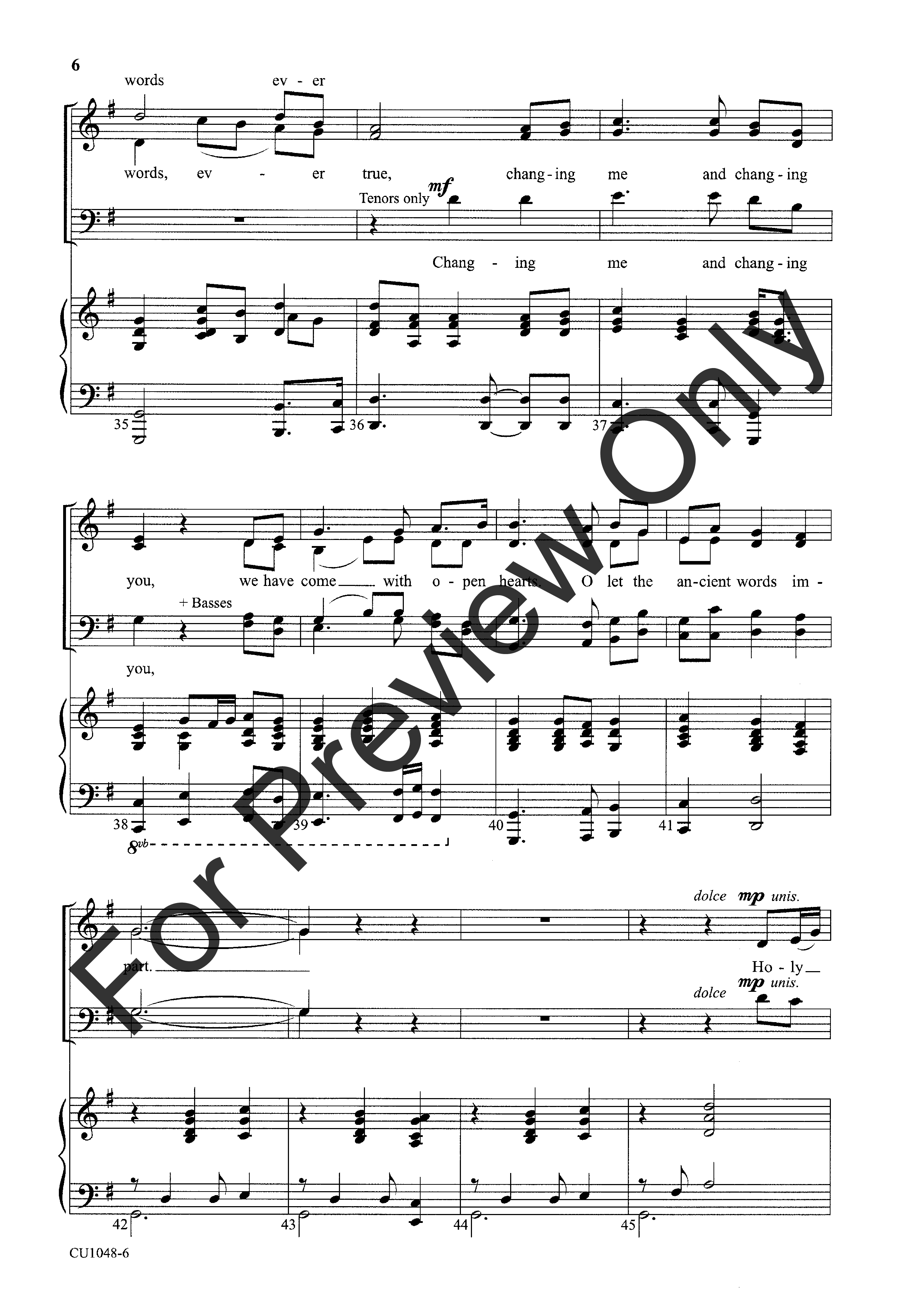 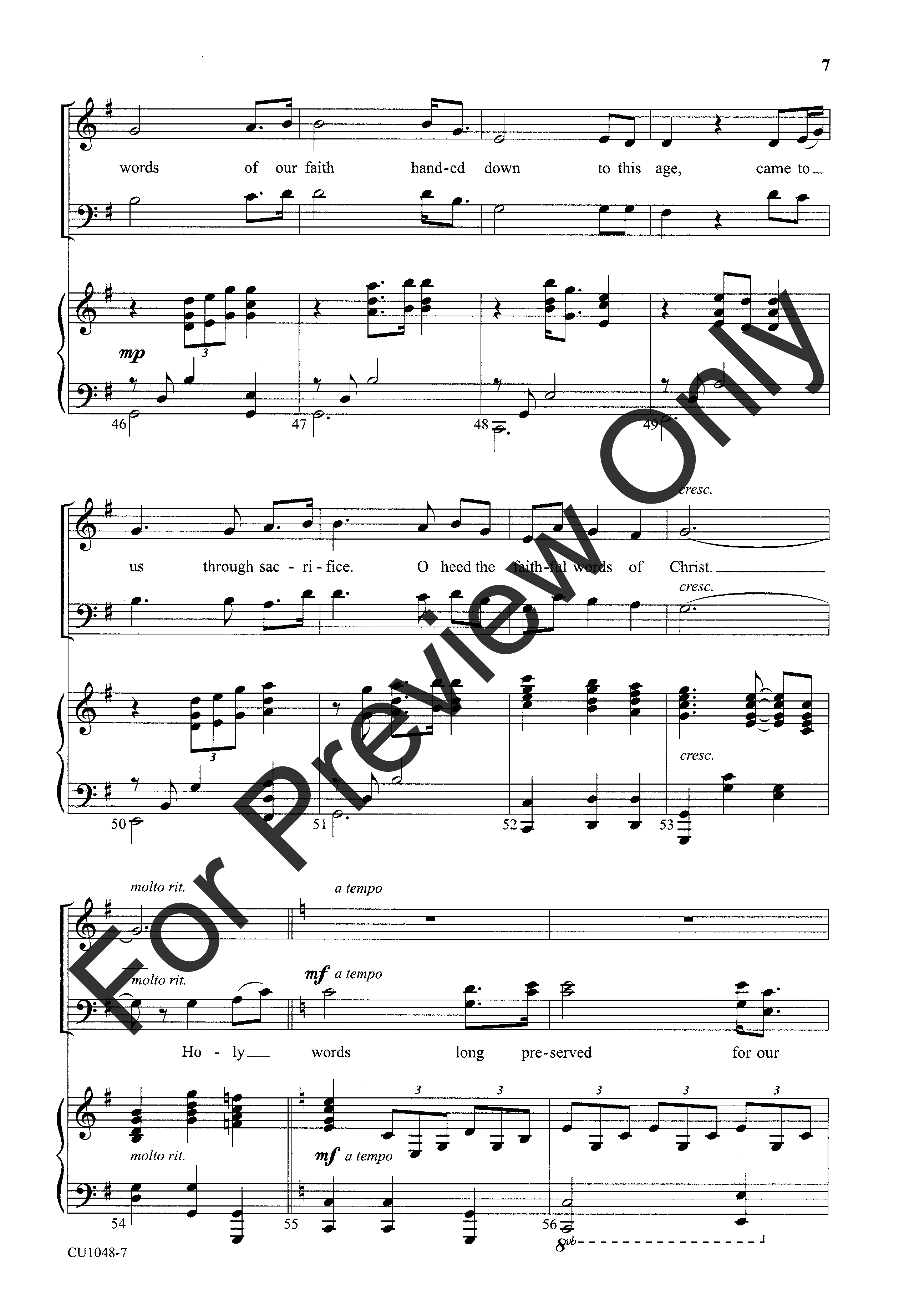 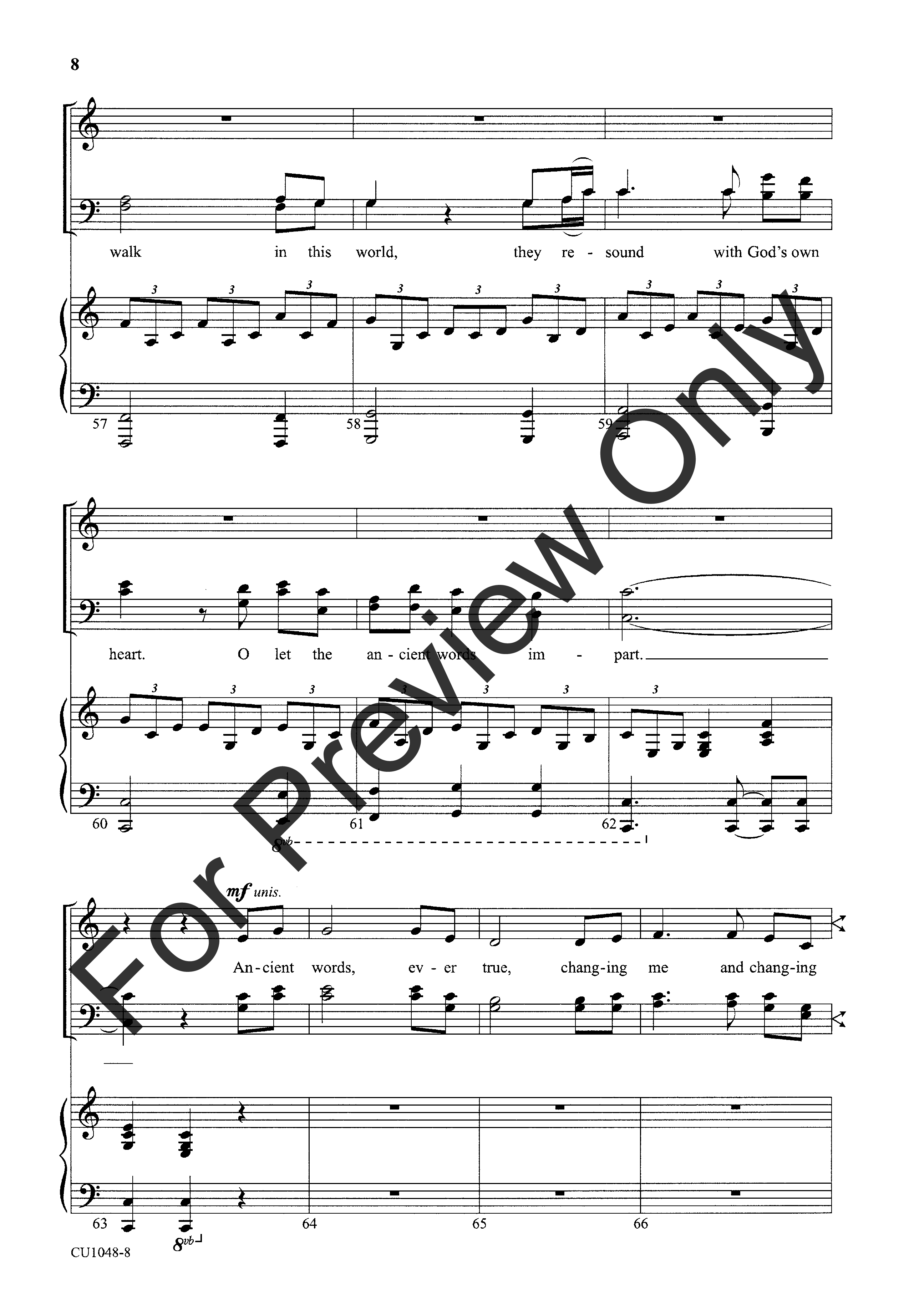 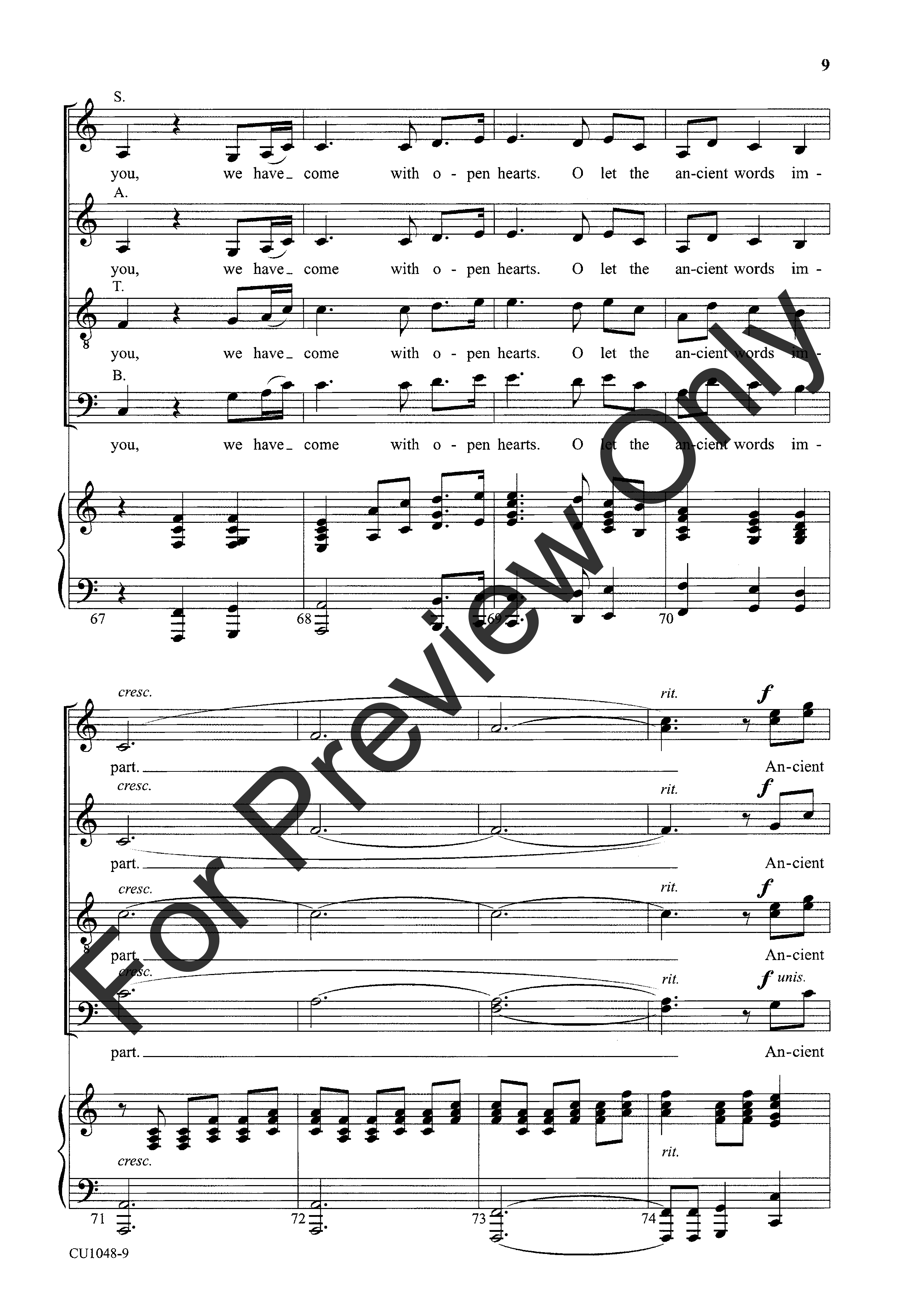 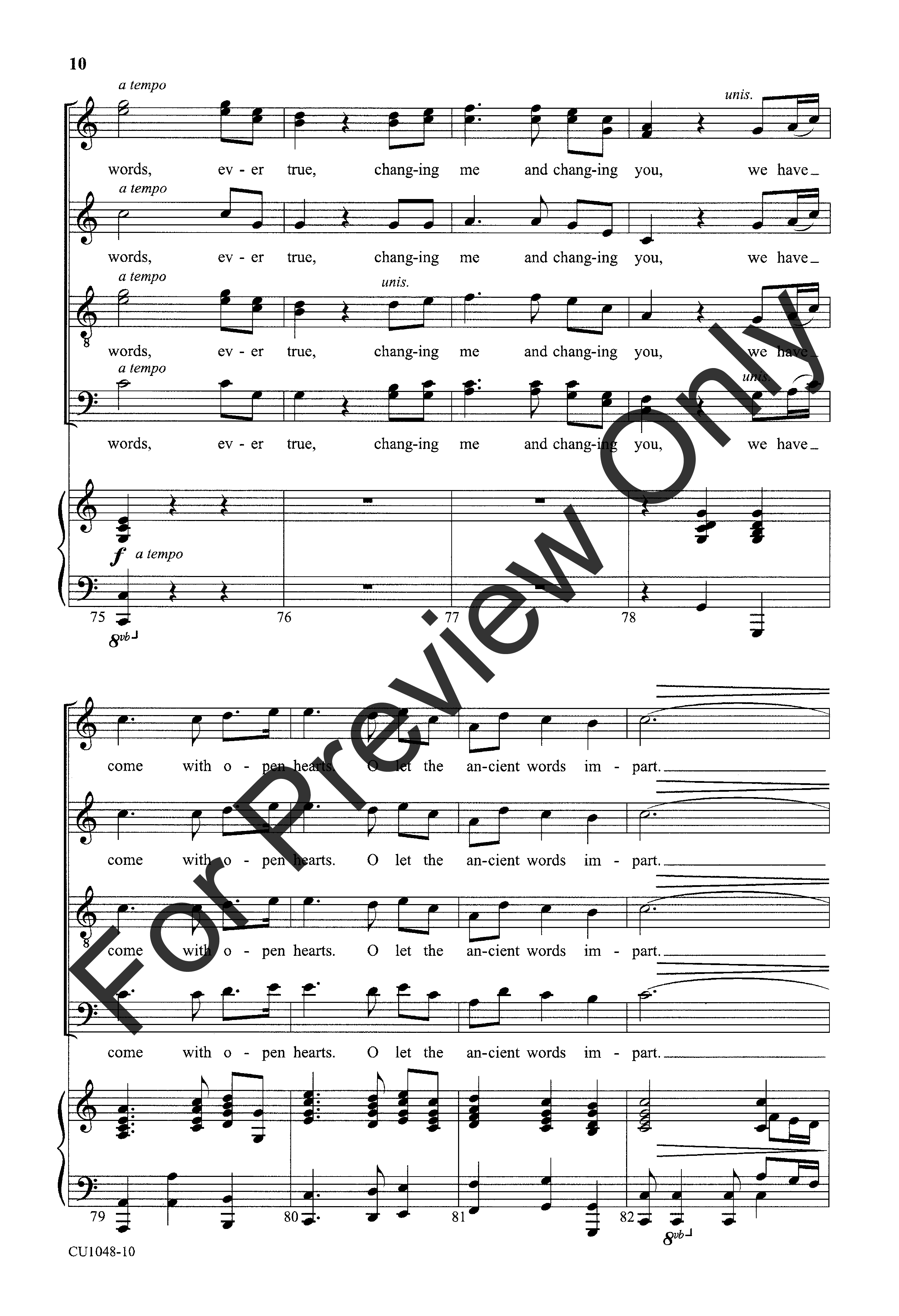 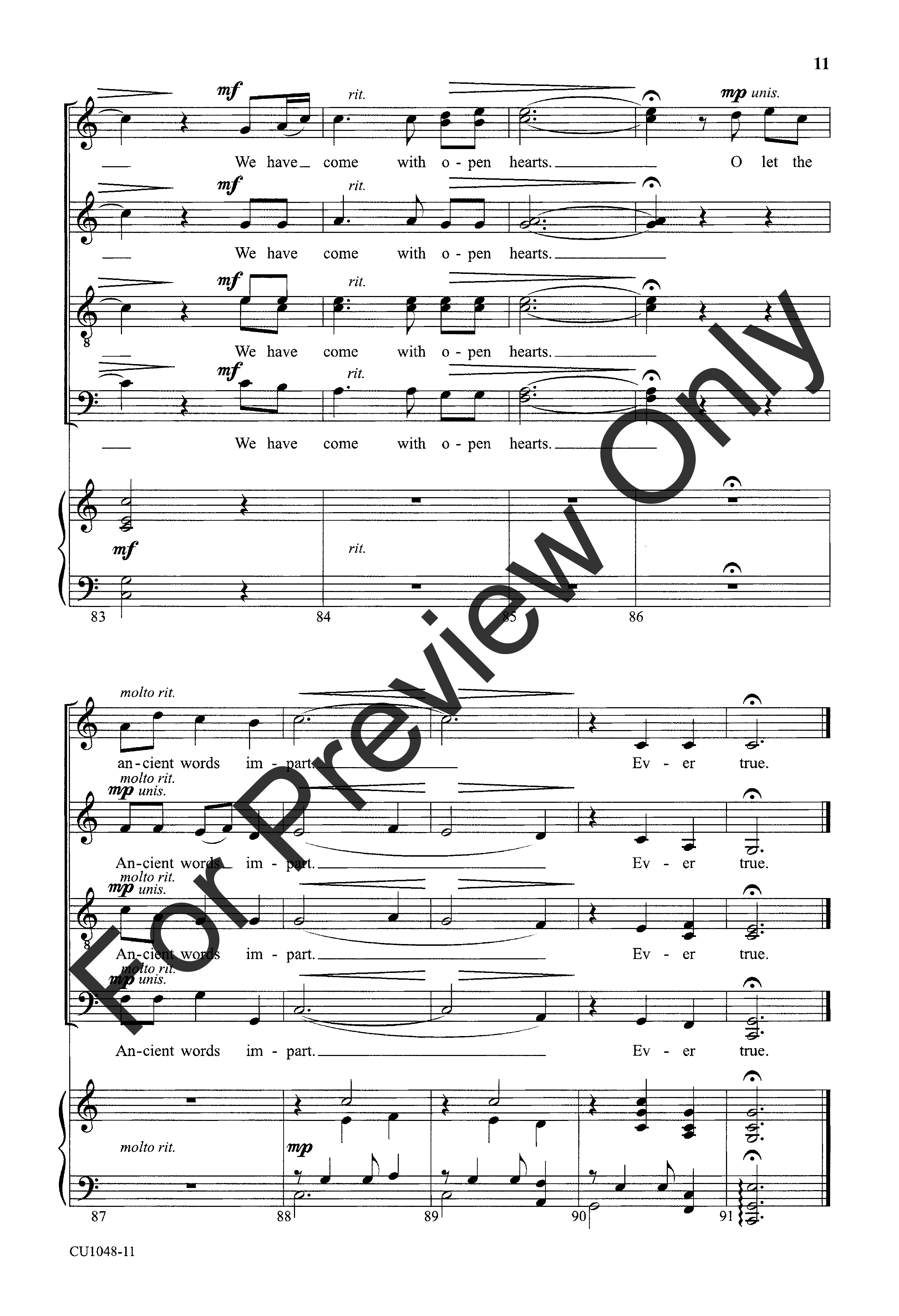 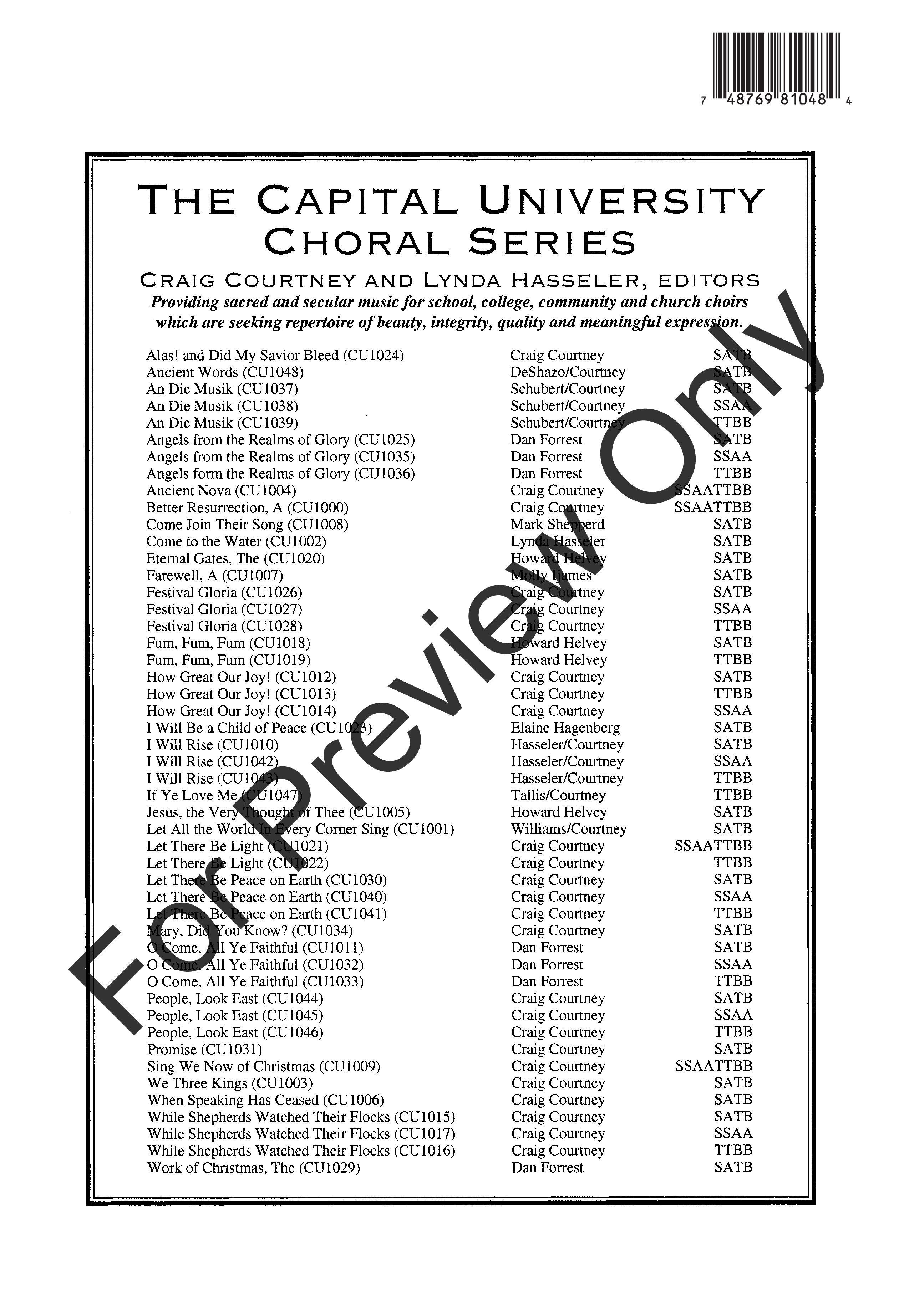 In his setting of Lynn DeShazo's song, Craig Courtney has captured the simplicity and accessibility of a beloved hymn and woven into it expressive nuances, including the lyrical a cappella introduction with its compelling harmonies which seamlessly lead into Courtney's signature expressive piano voicing. His arrangement features all the various colors of the sections of the choir with a climactic build to the third refrain, intended to be sung in gospel style. The piece is constructed with a lovely arc, ending much as it began - in quiet response, proclaiming the assurance of the text.

Select a Product
My Library
What is My Library?
This item appears on the following festival lists:
Share this title
MY LIBRARY FOLDERS
NOTES TAGS
∗ item exists in this folder Go to My Library >
Item Successfully Added To My Library