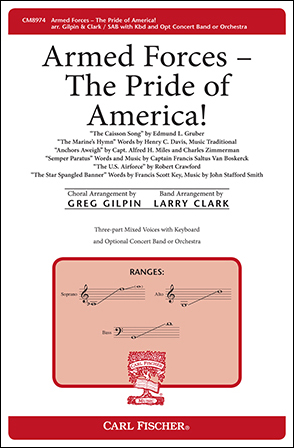 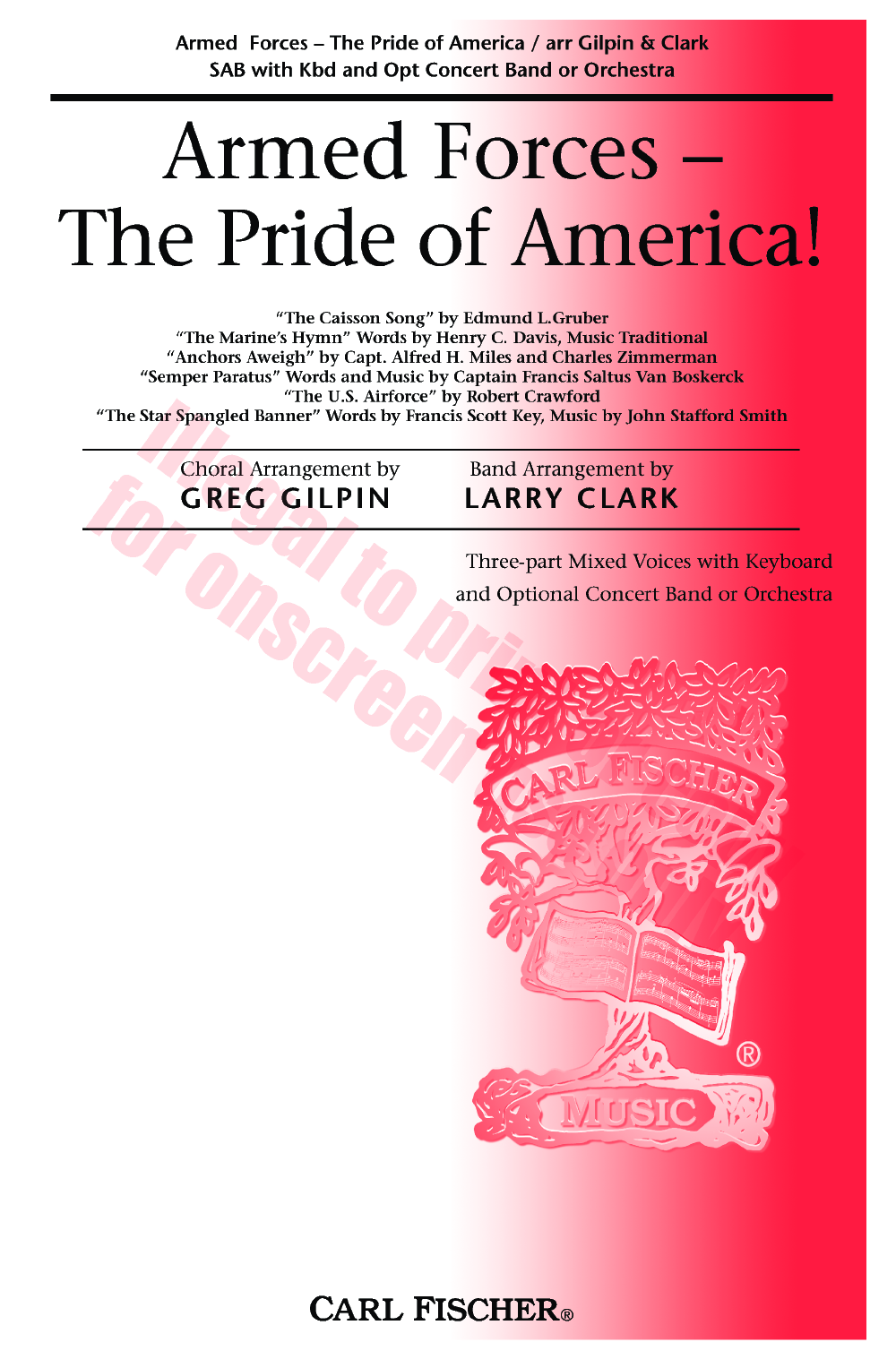 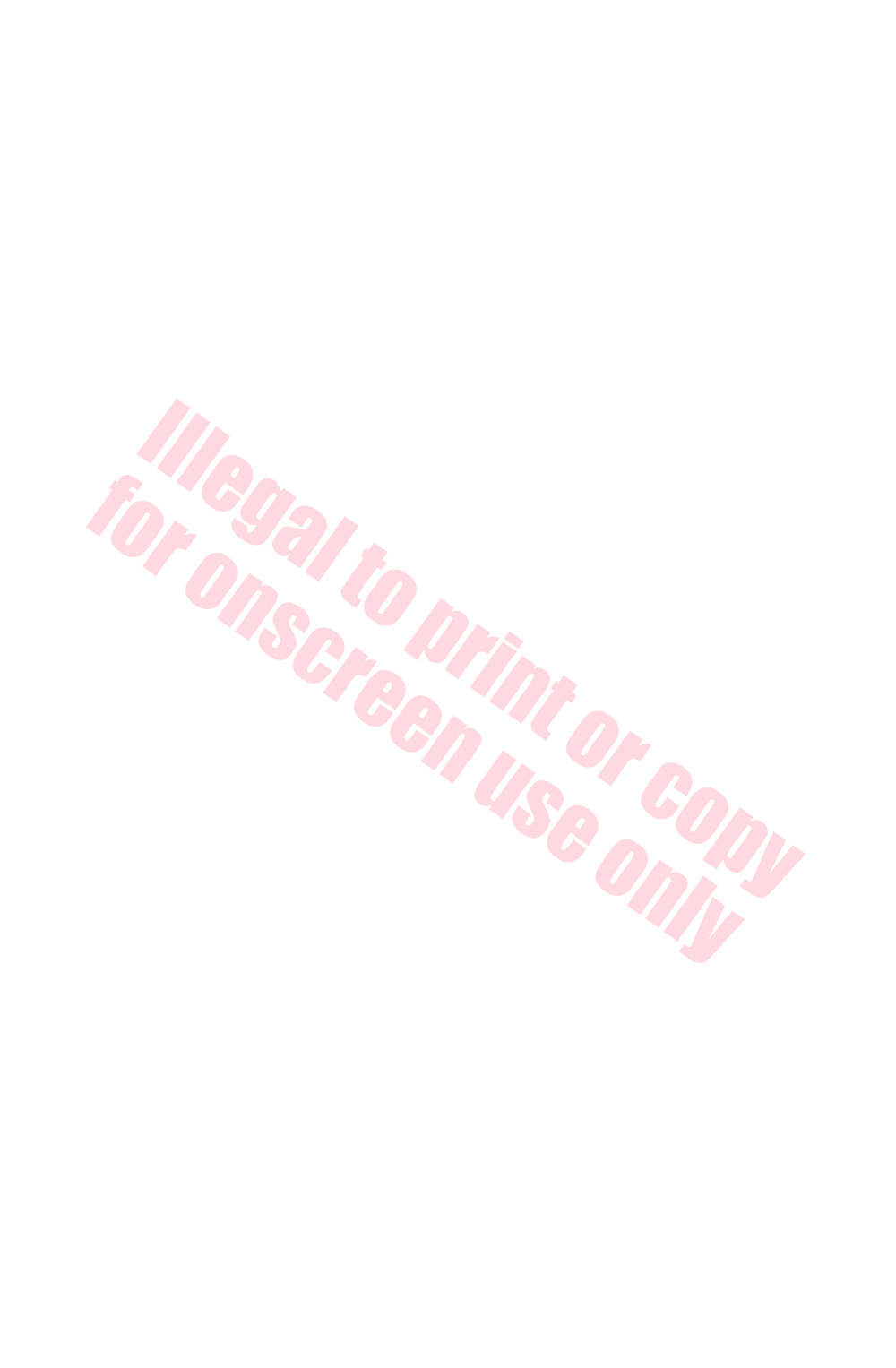 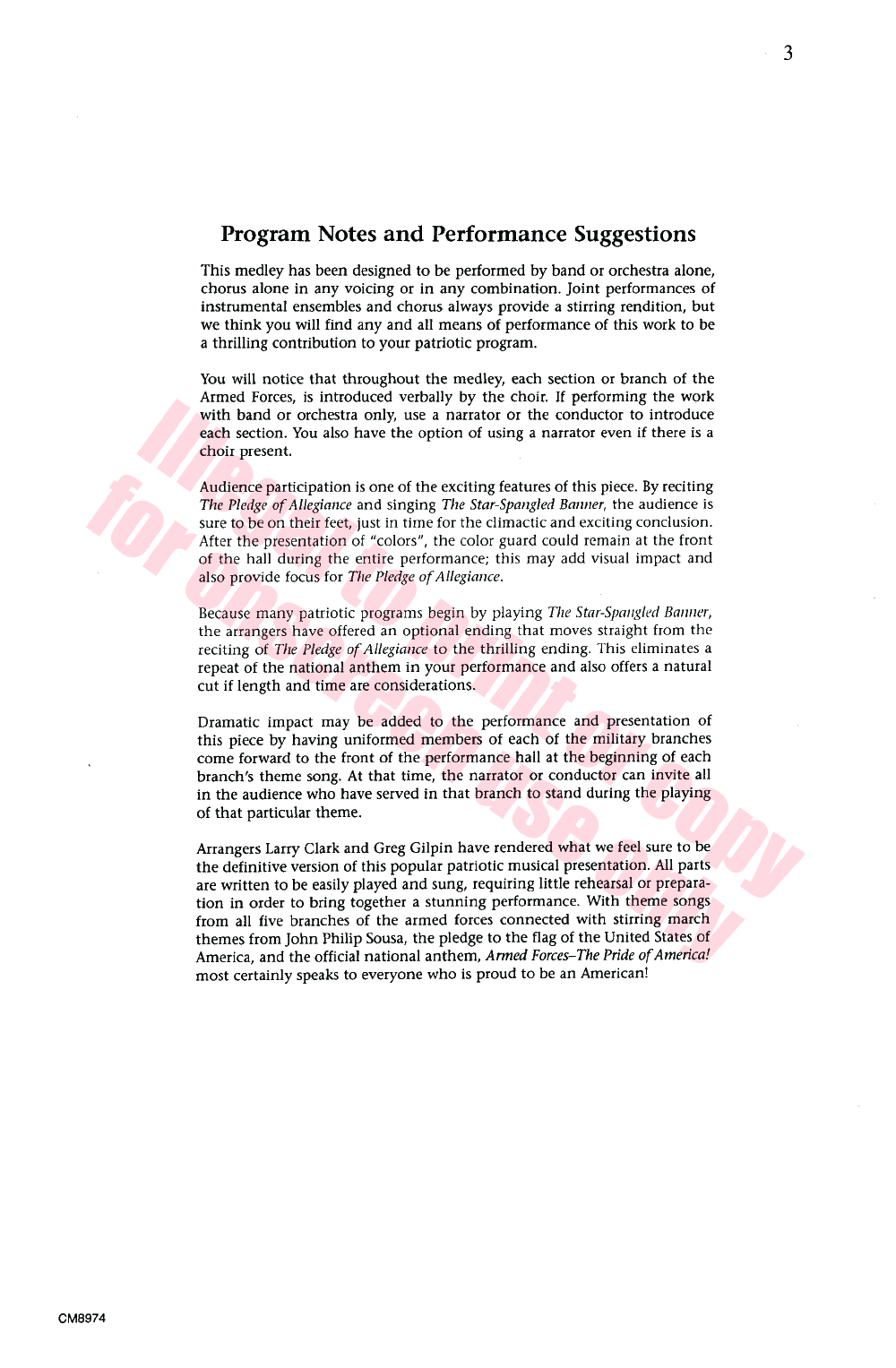 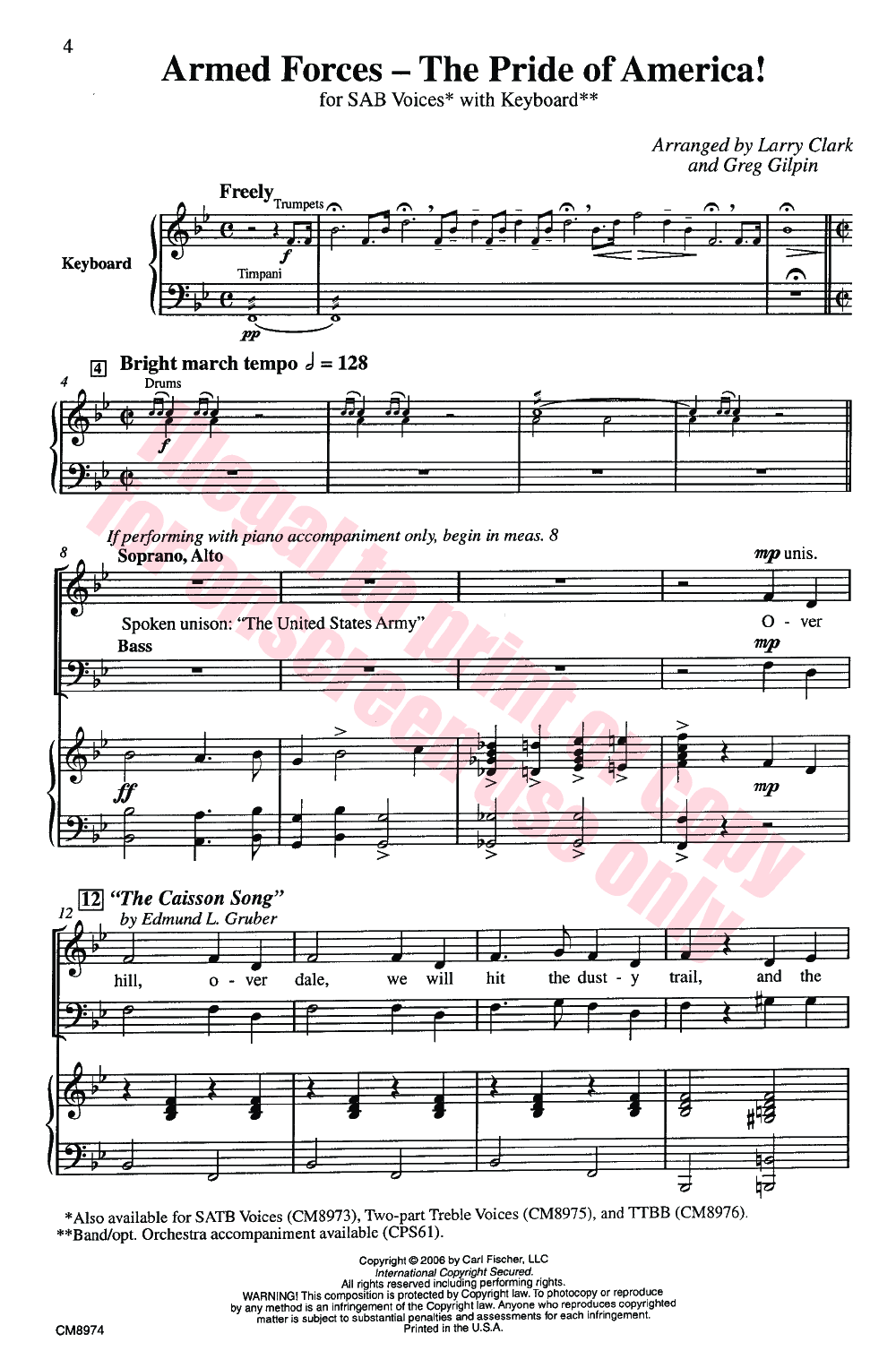 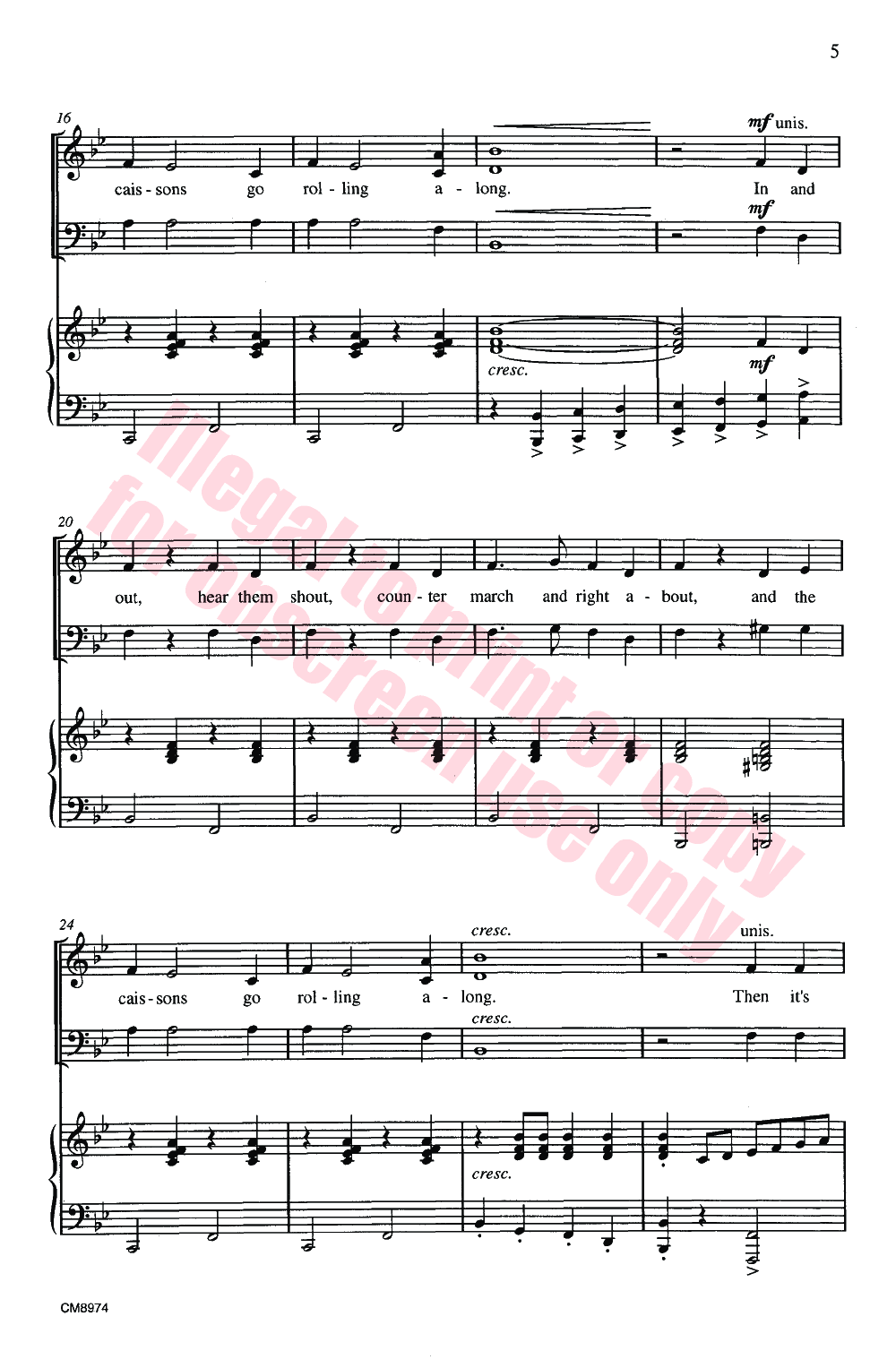 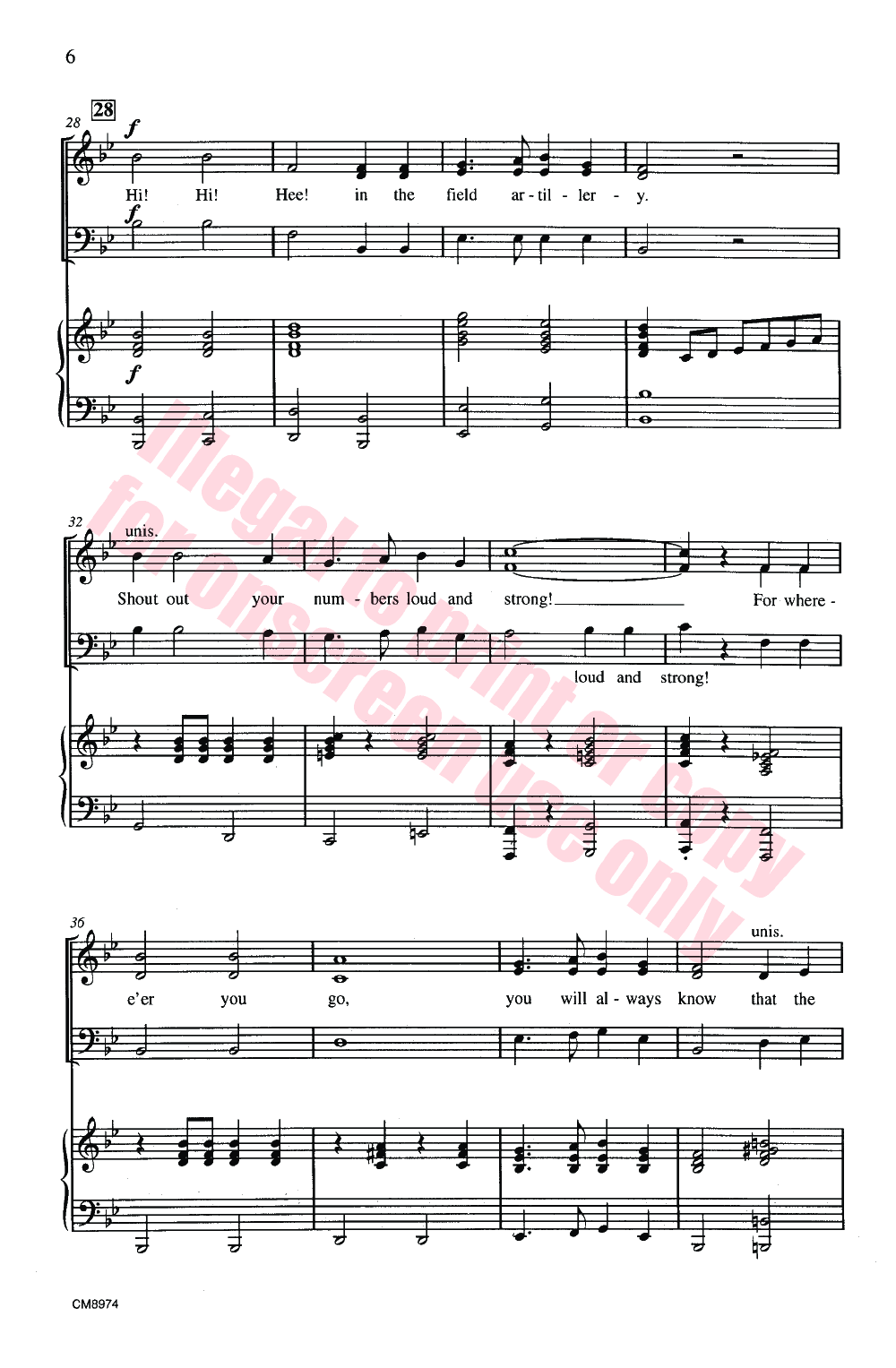 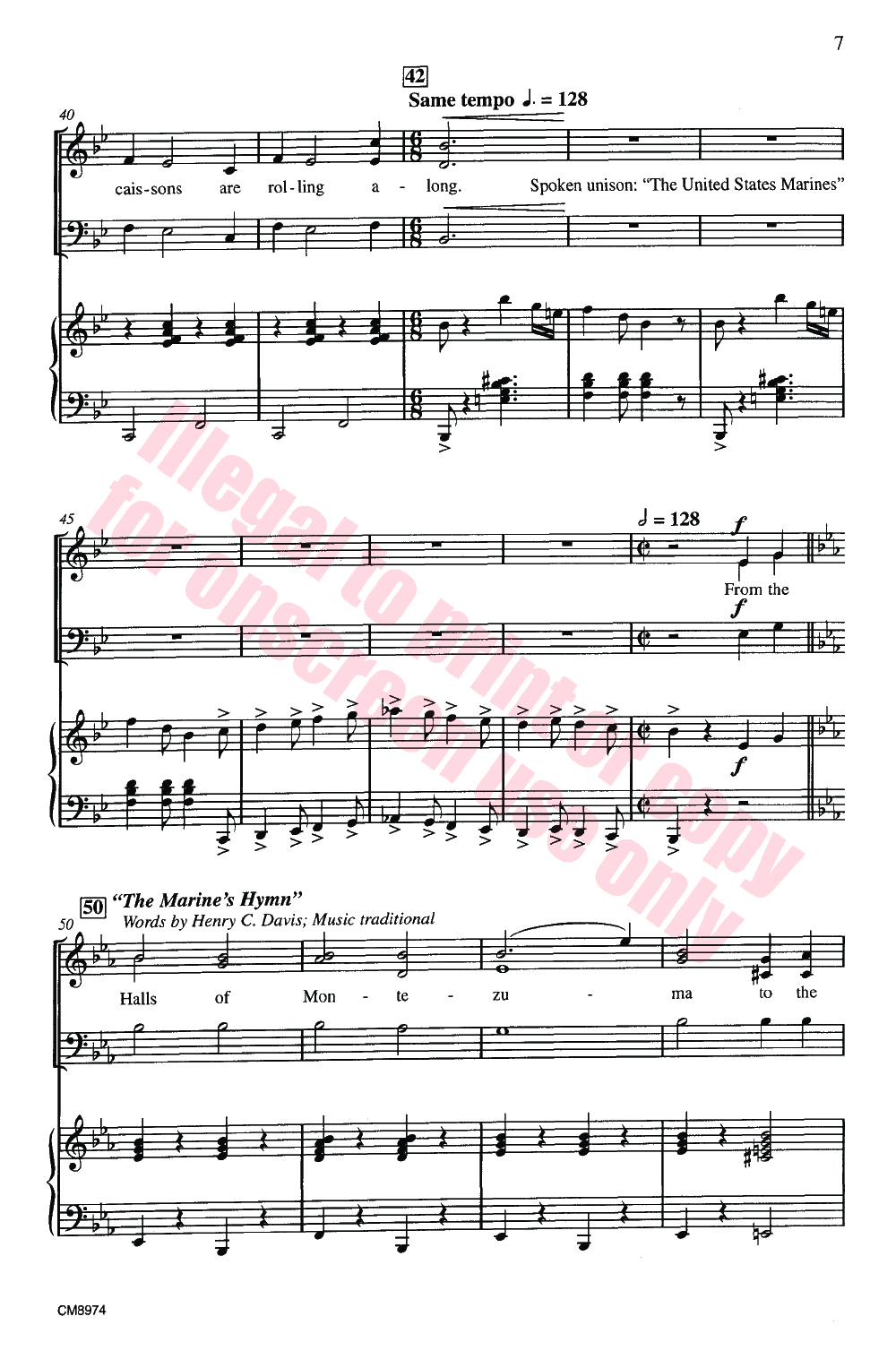 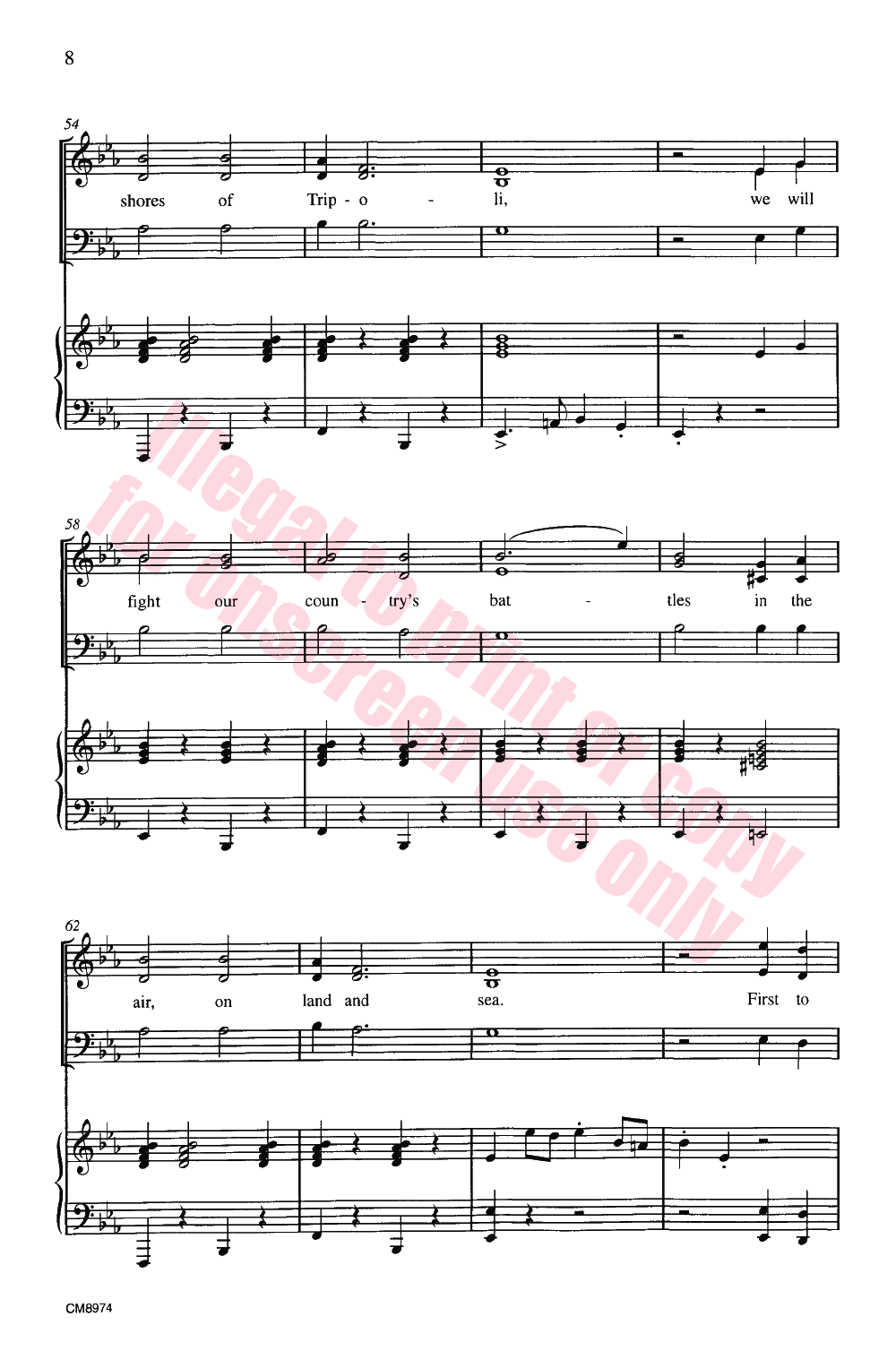 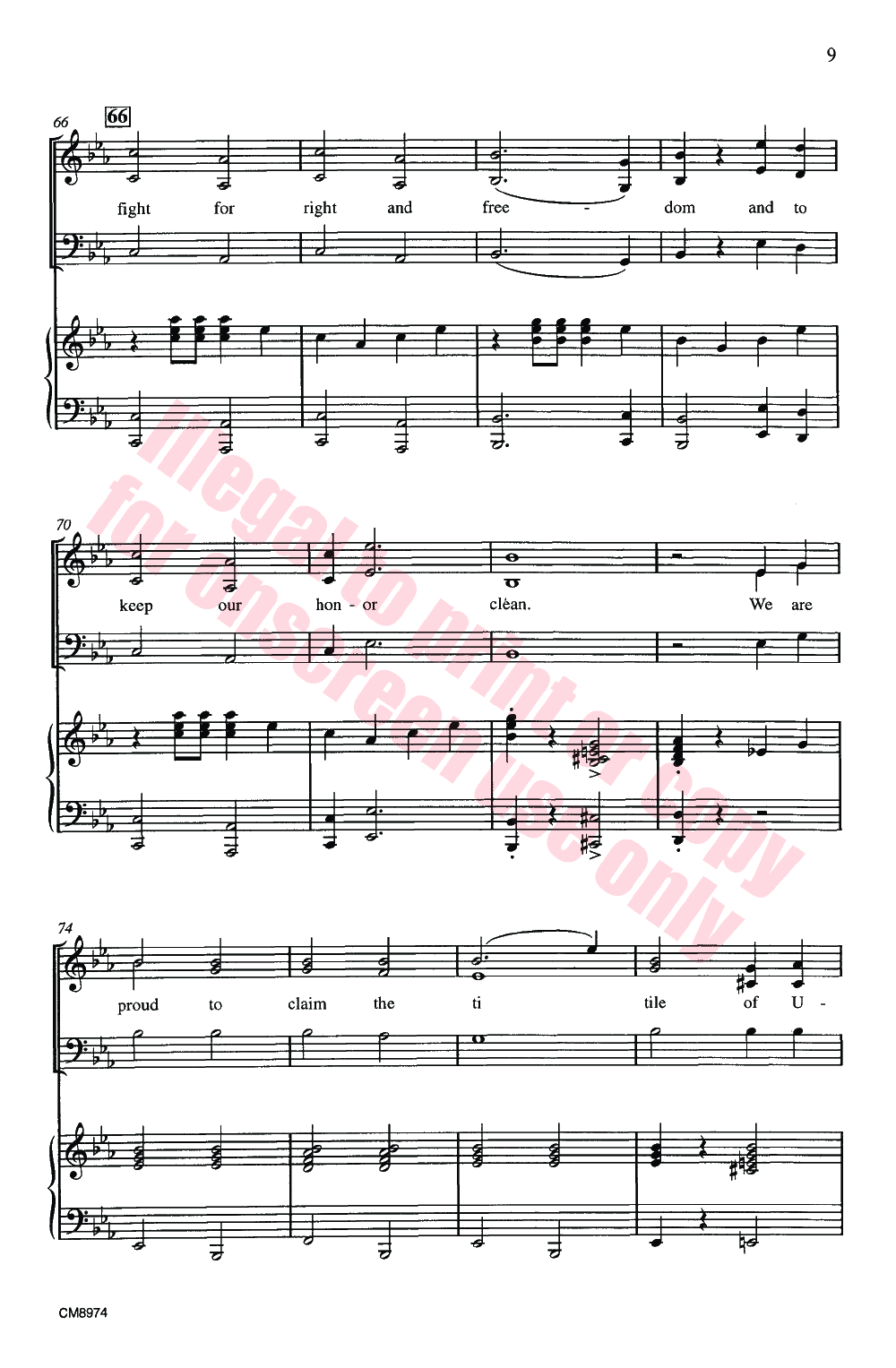 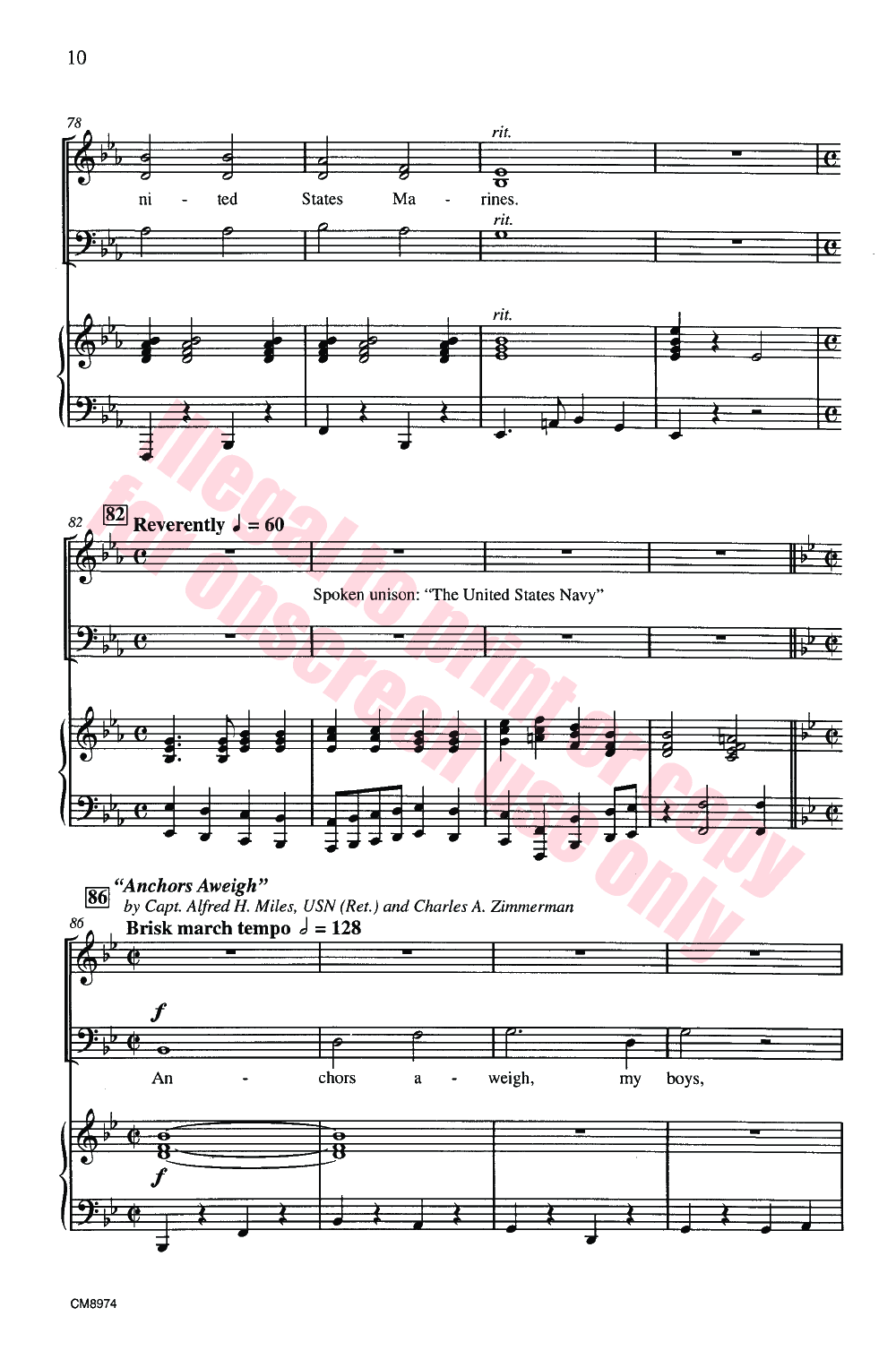 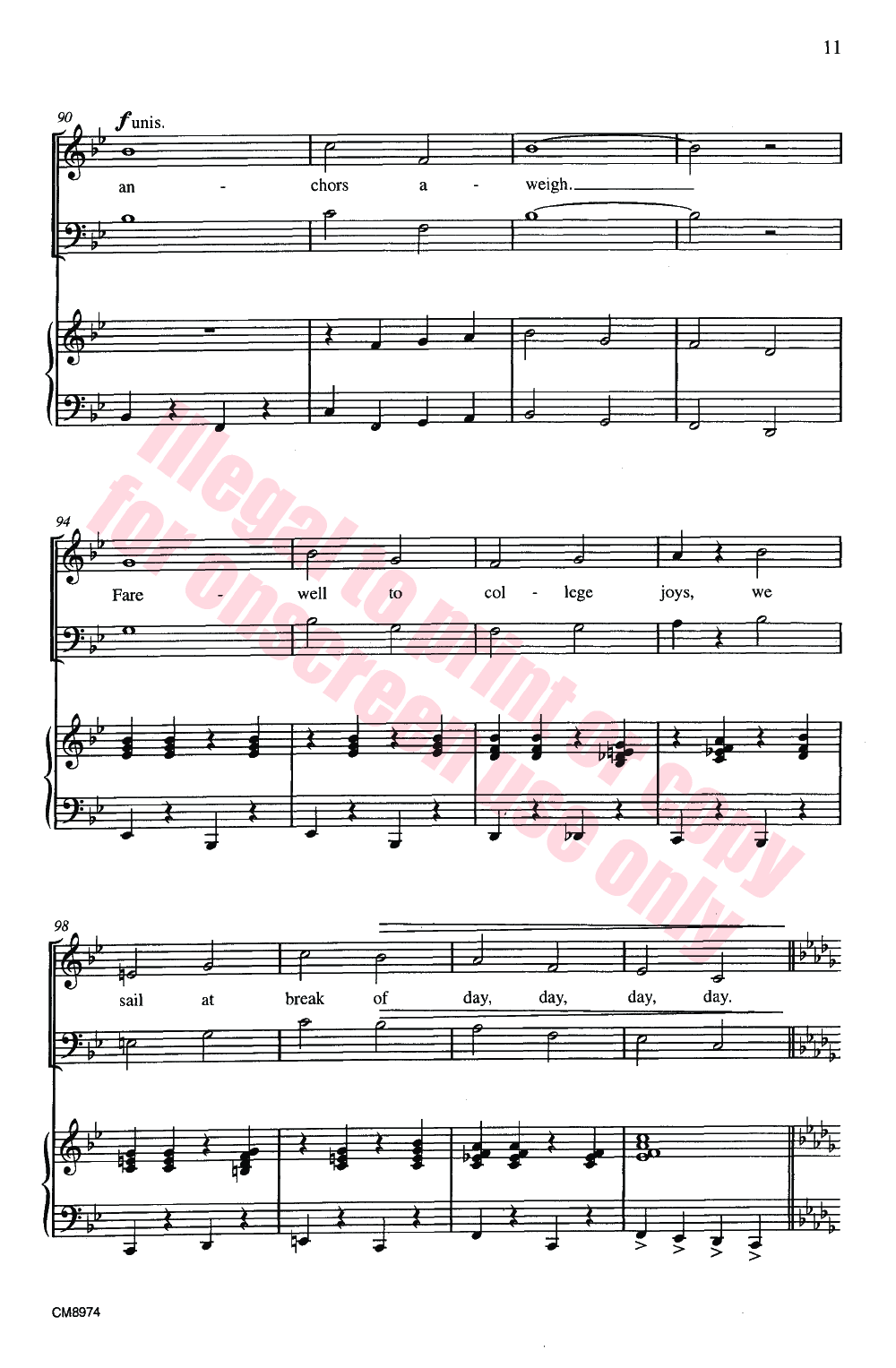 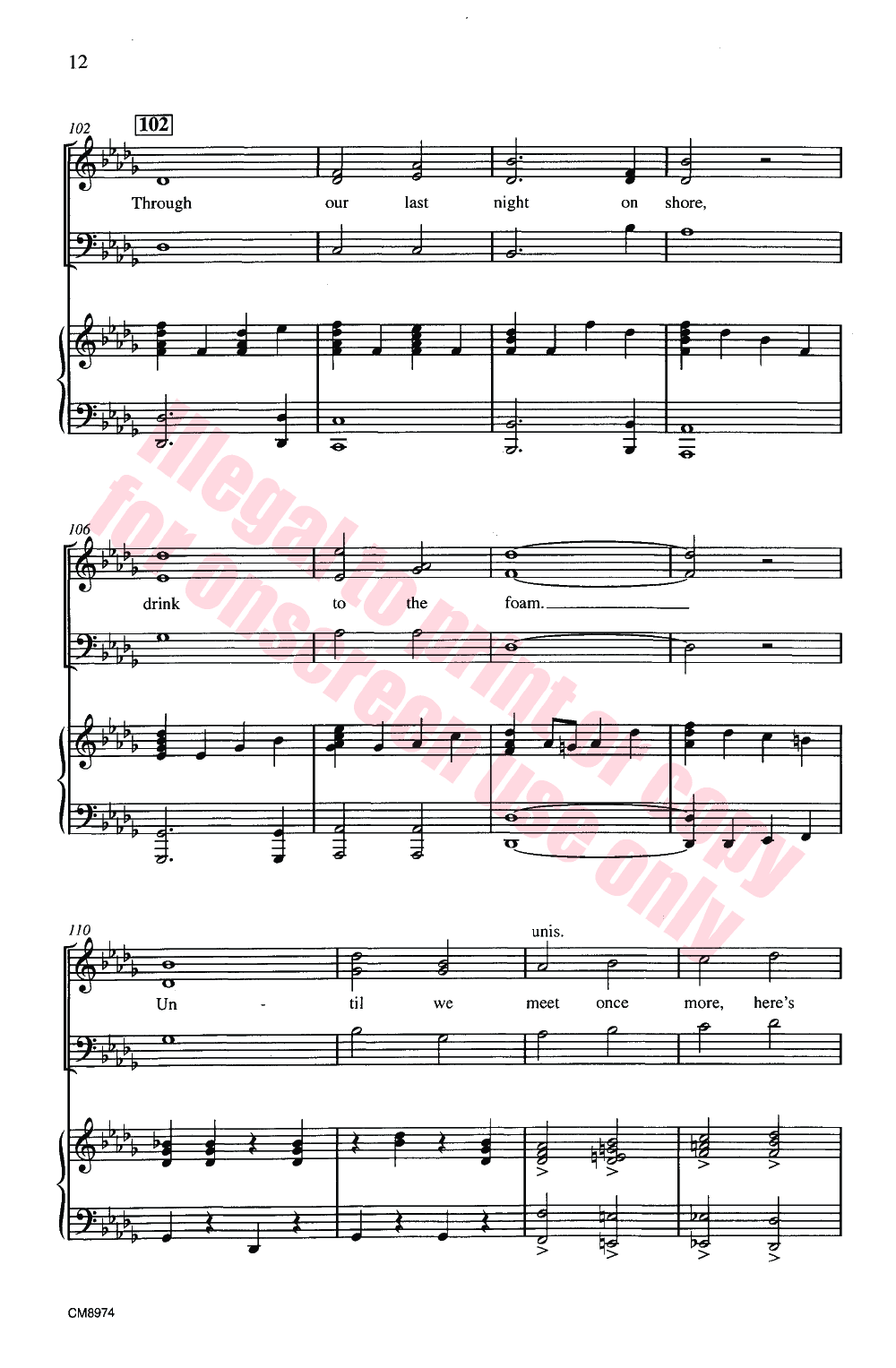 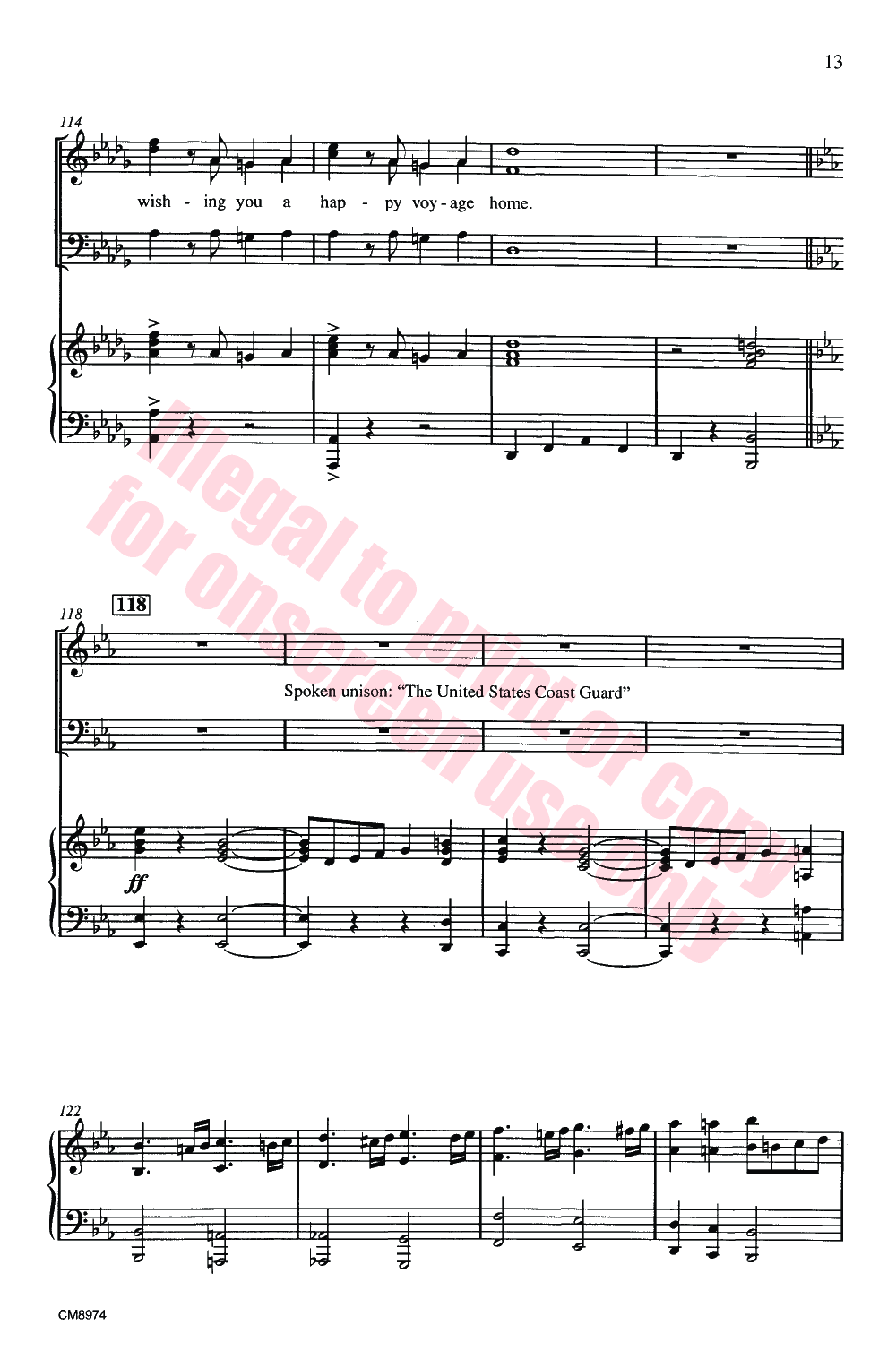 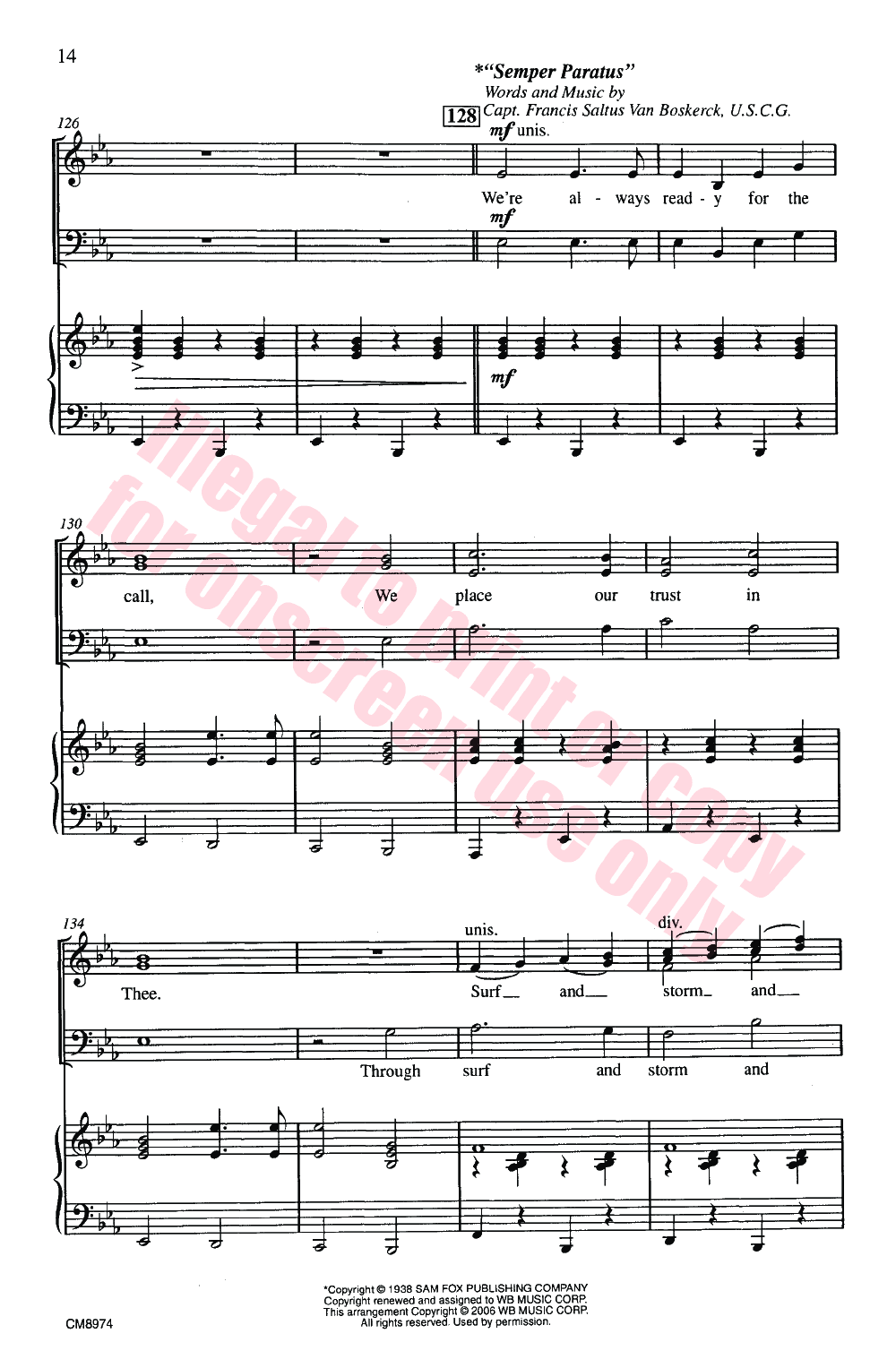 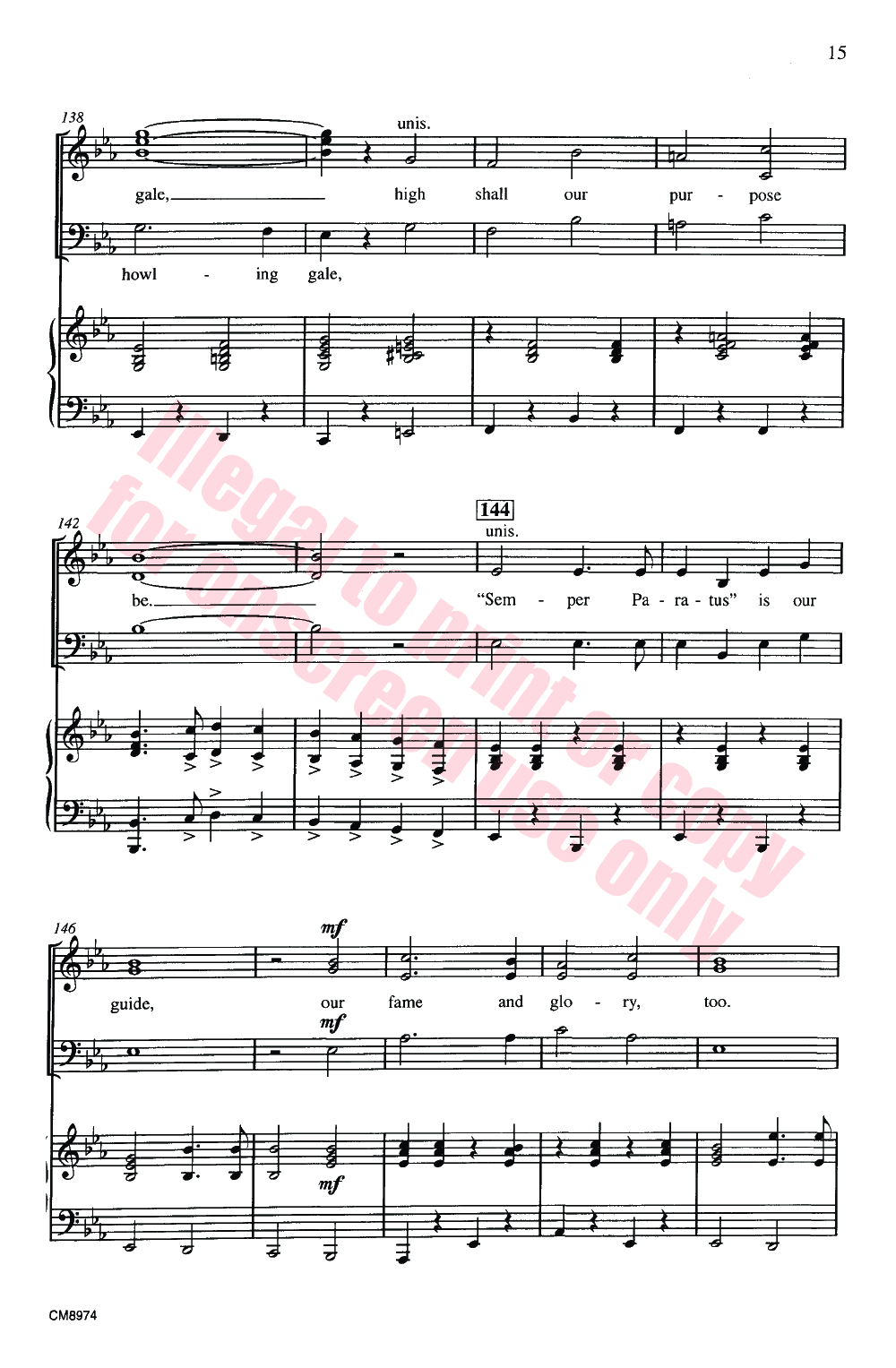 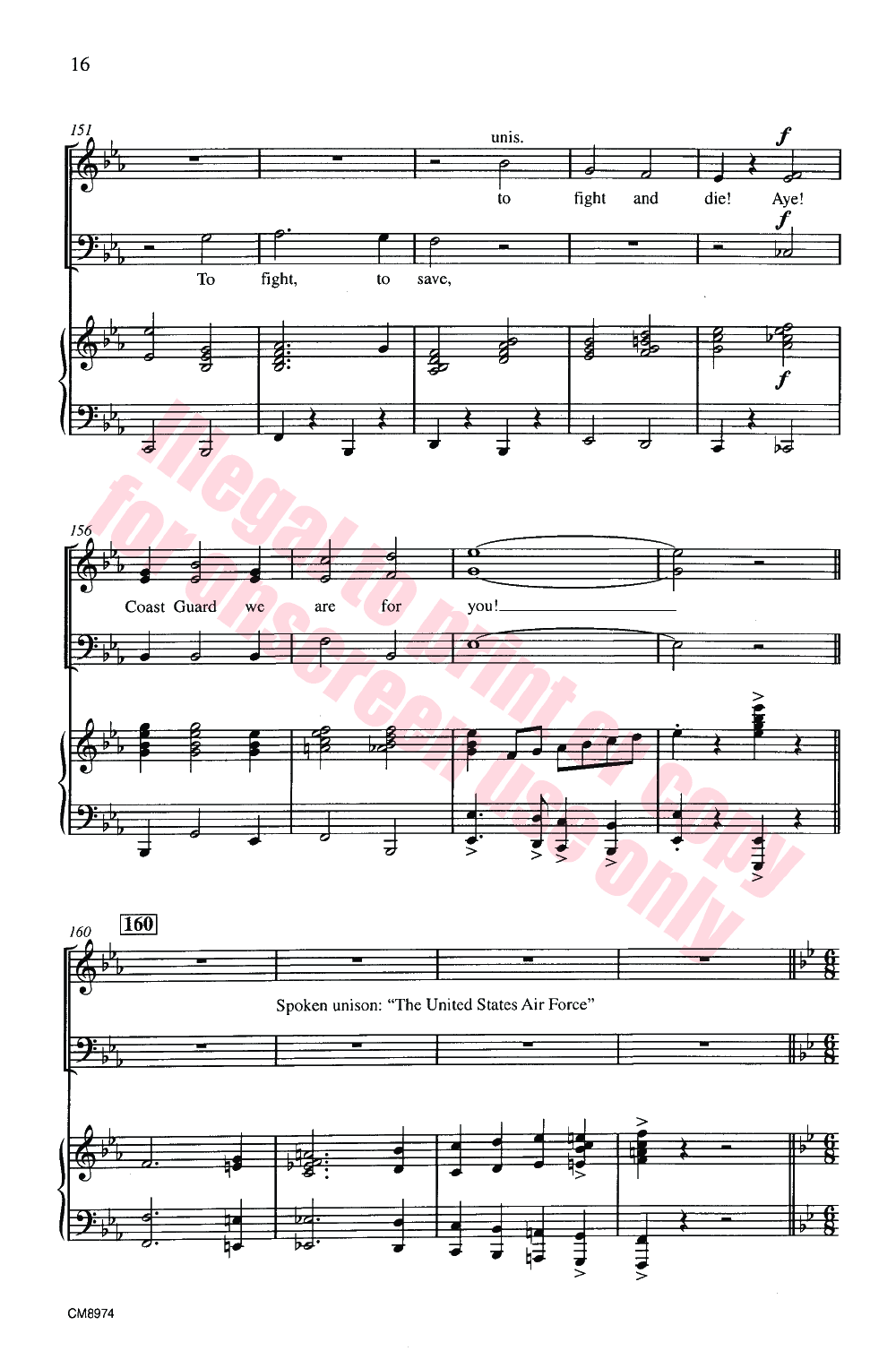 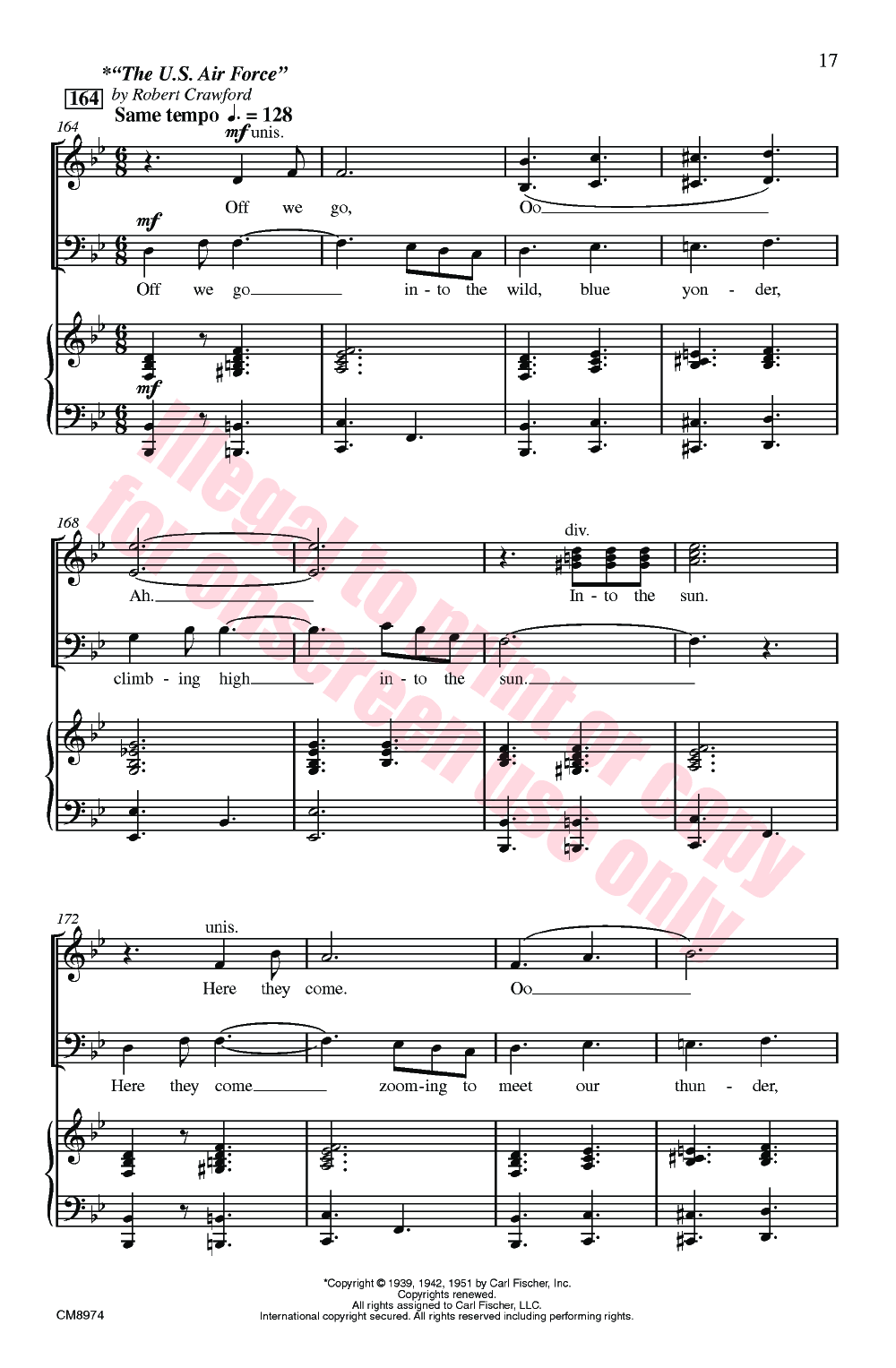 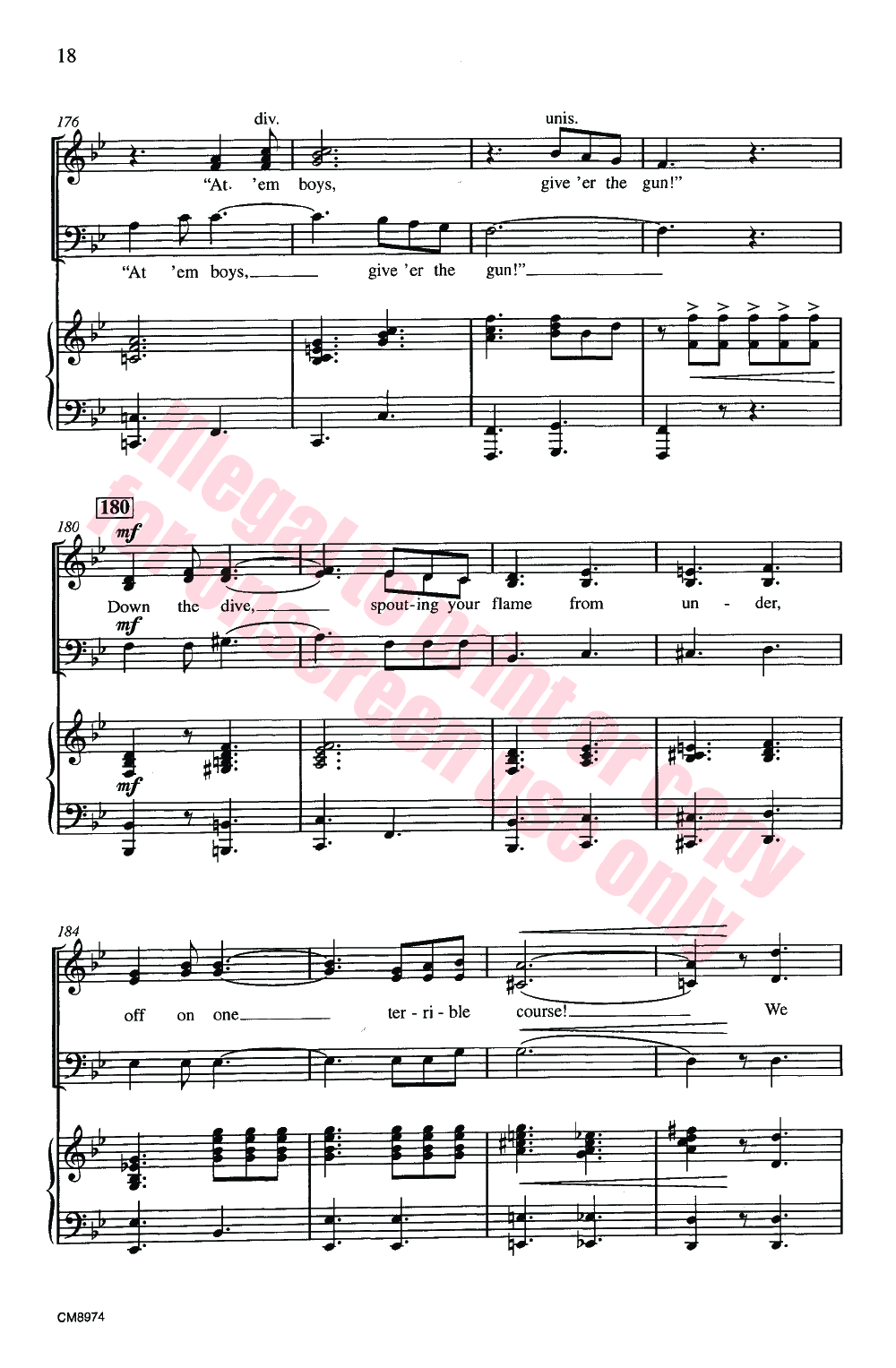 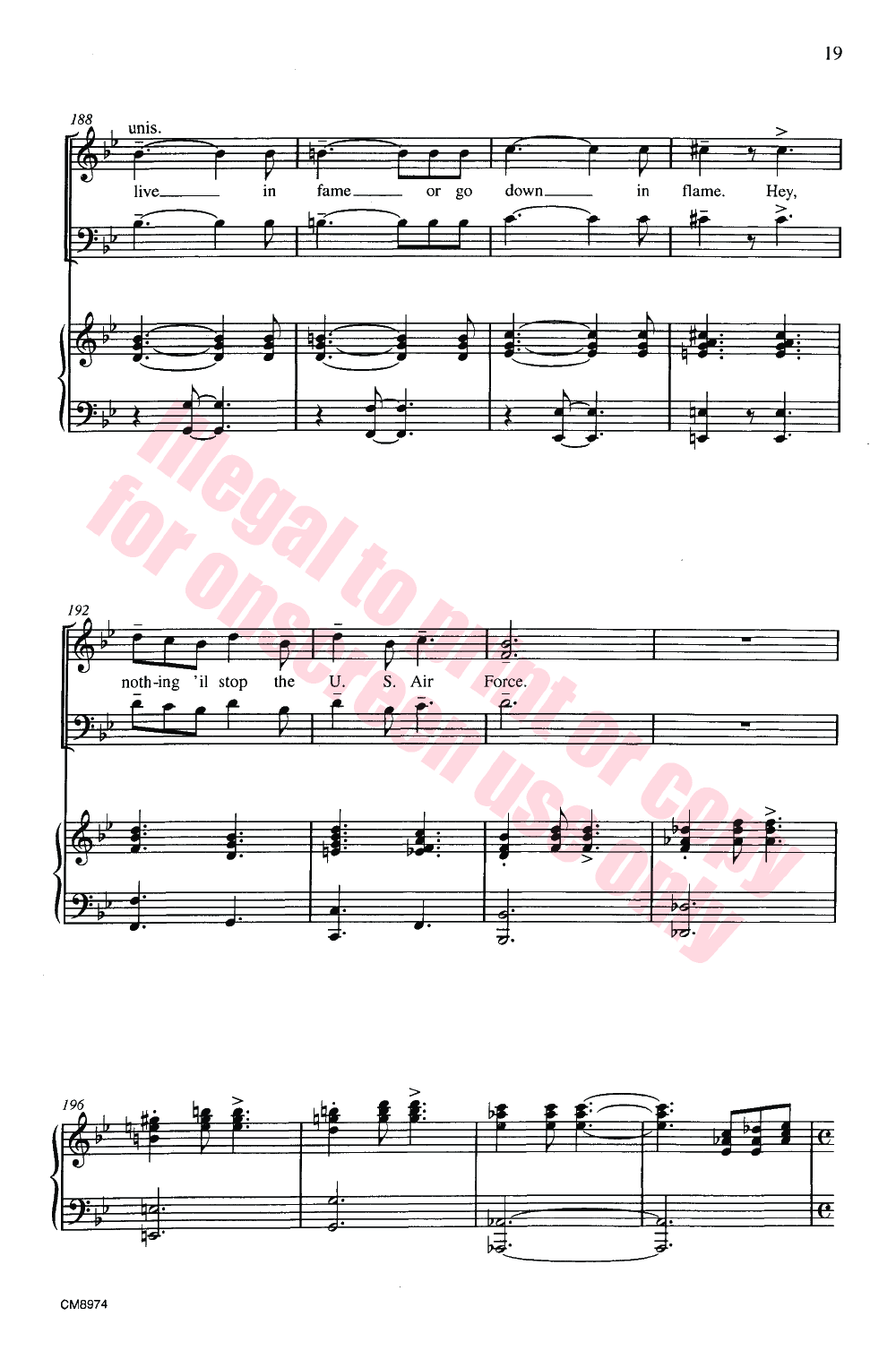 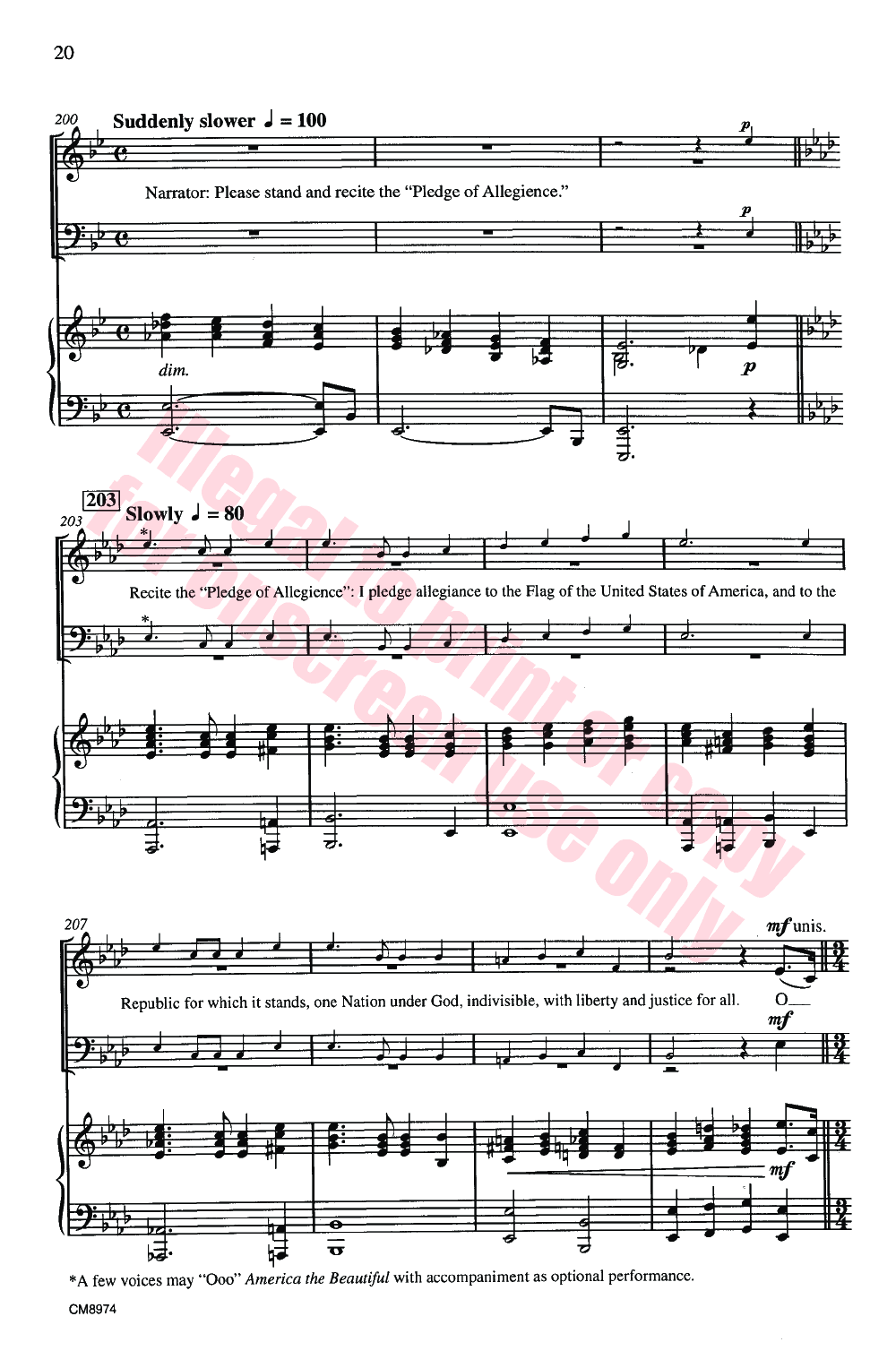 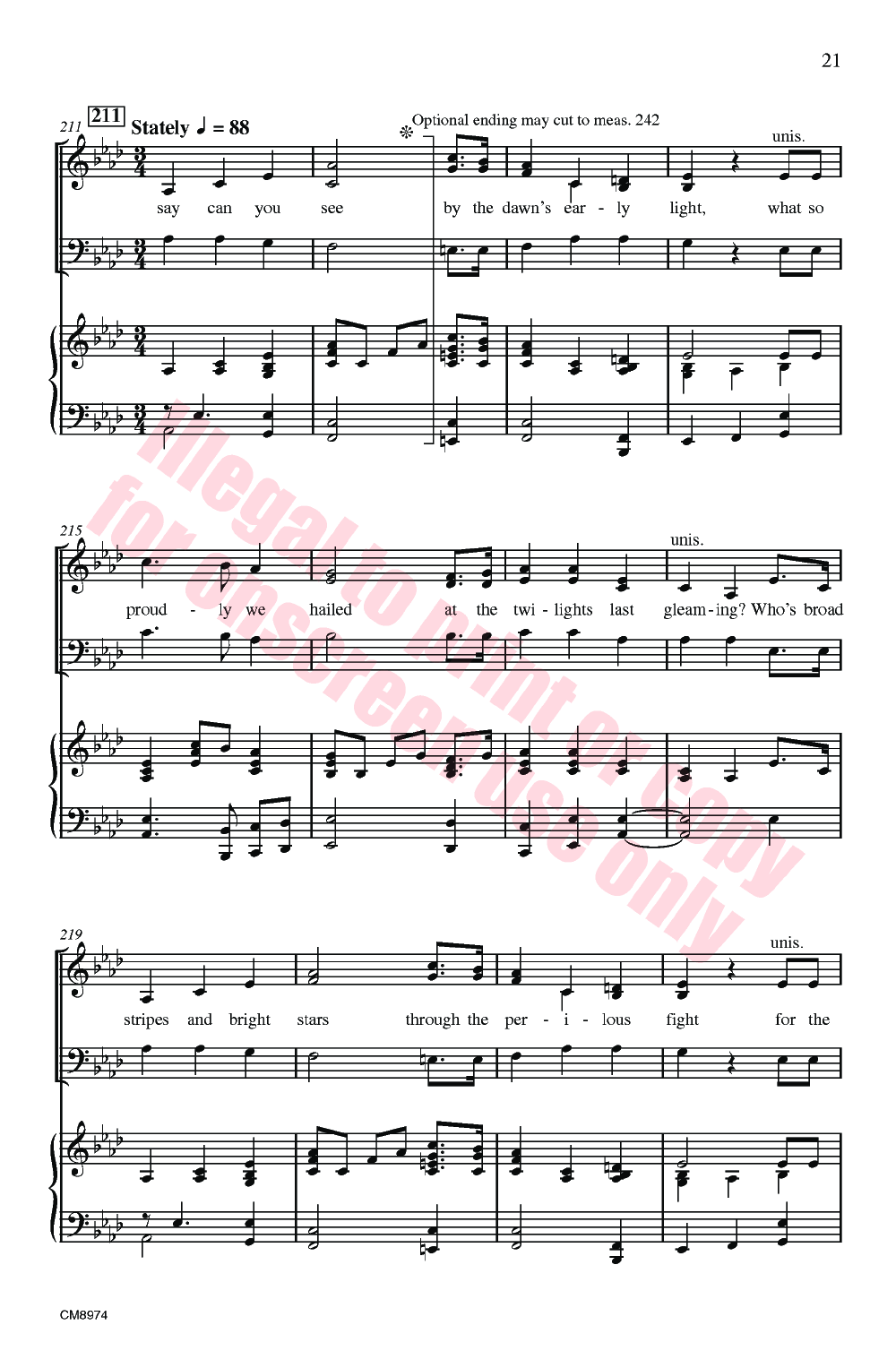 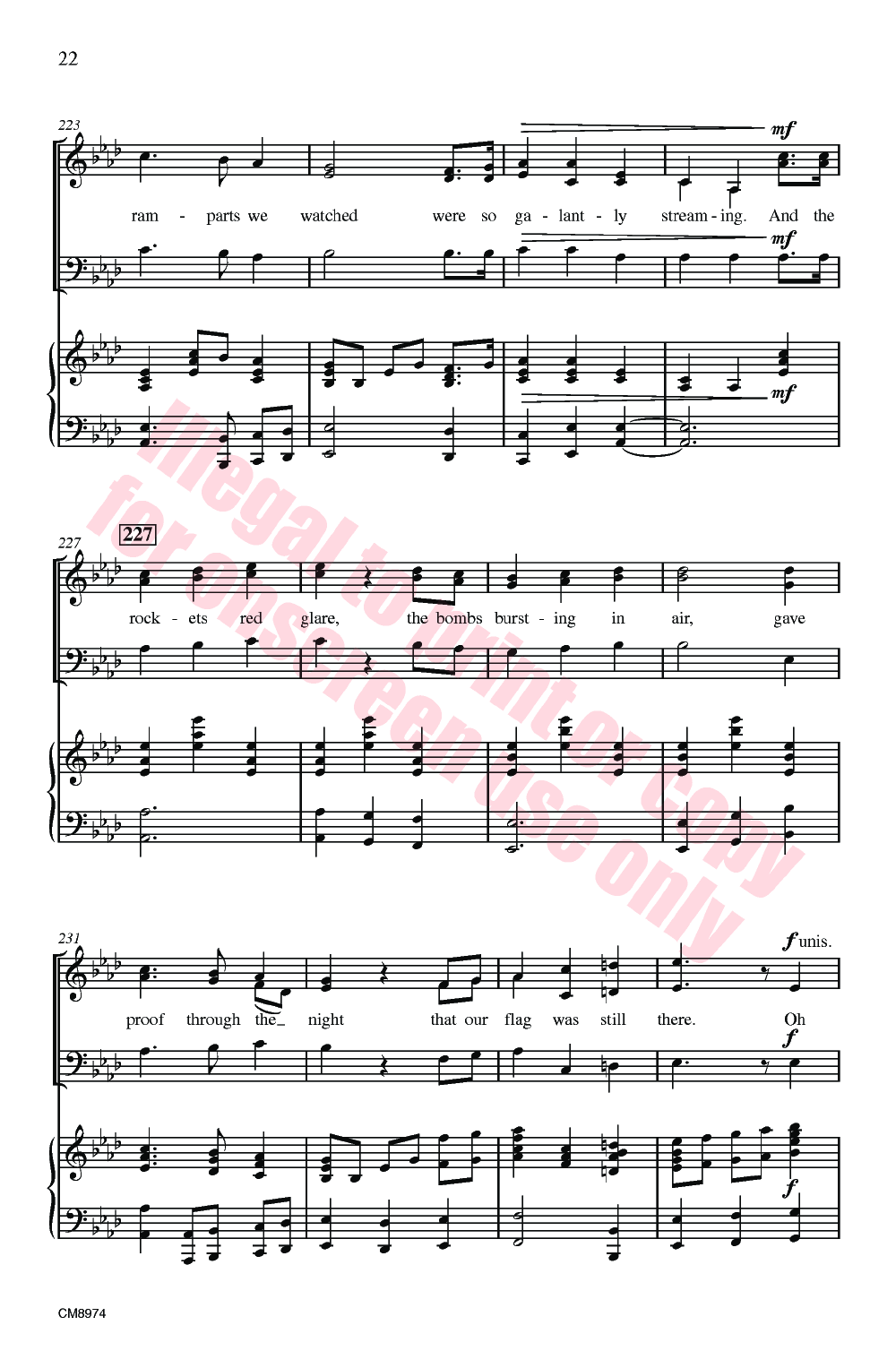 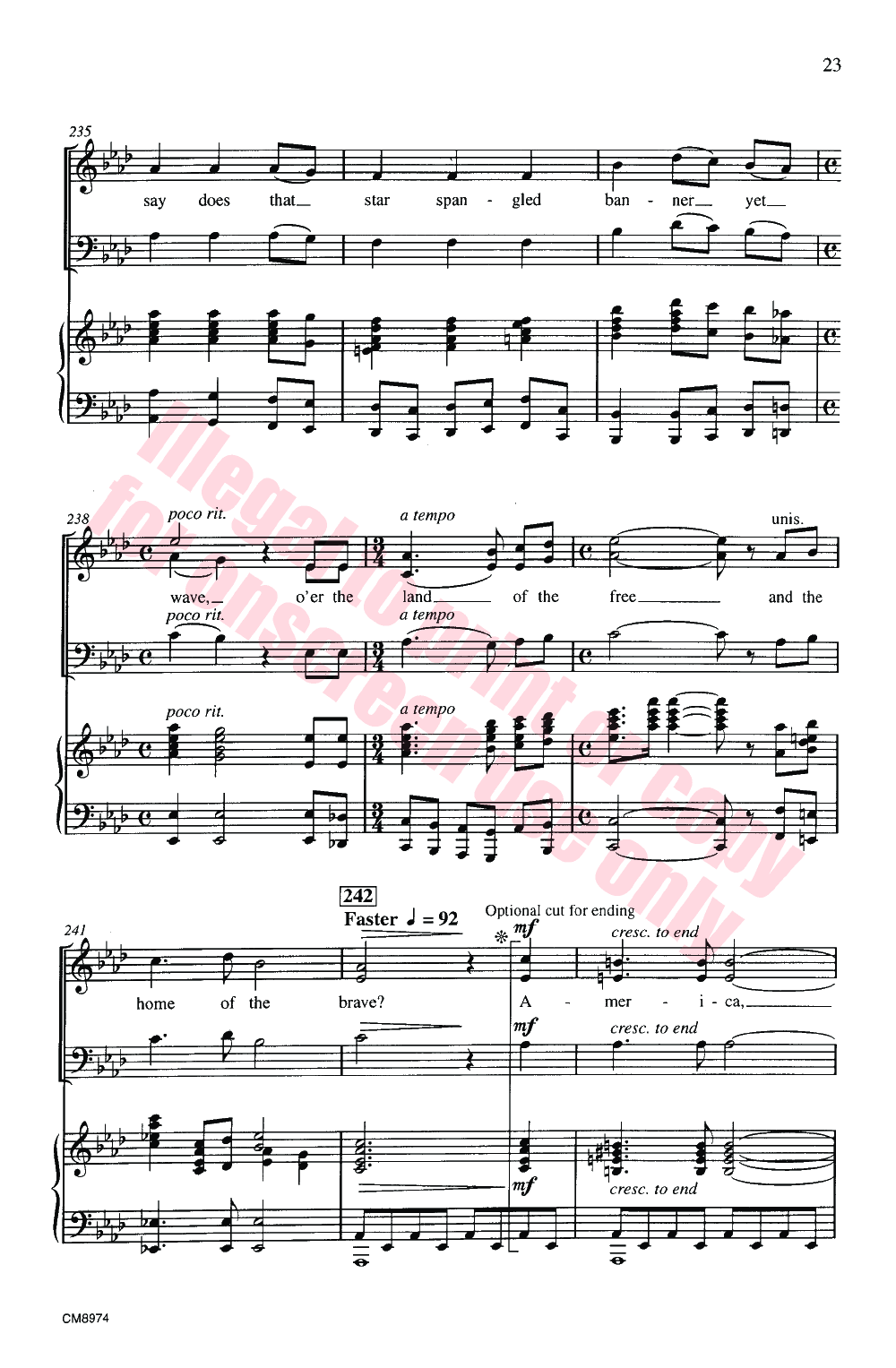 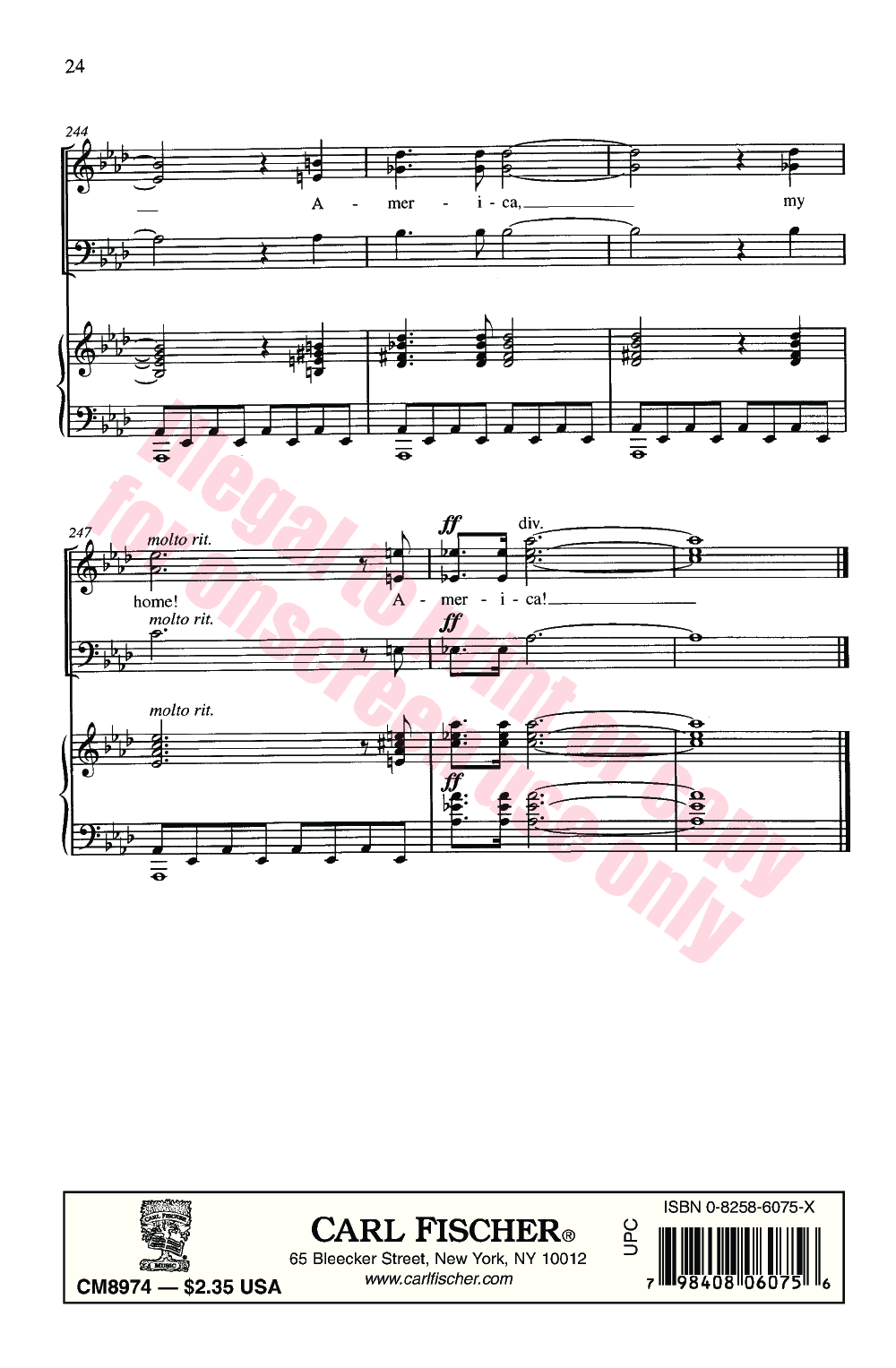 Here is the definitive patriotic armed forces tribute! It features the official songs of all five branches of the U.S. Armed Forces, plus The Pledge of Allegiance and The Star-Spangled Banner, with optional audience participation. It even includes parts of Sousa marches as interludes! At under seven minutes' duration, this is a top choice for chorus and piano or with band! (The U.S. Army song is the original The Caissons Go Rolling Along version.) Reproducible string parts are also included in the set. Highly recommended!