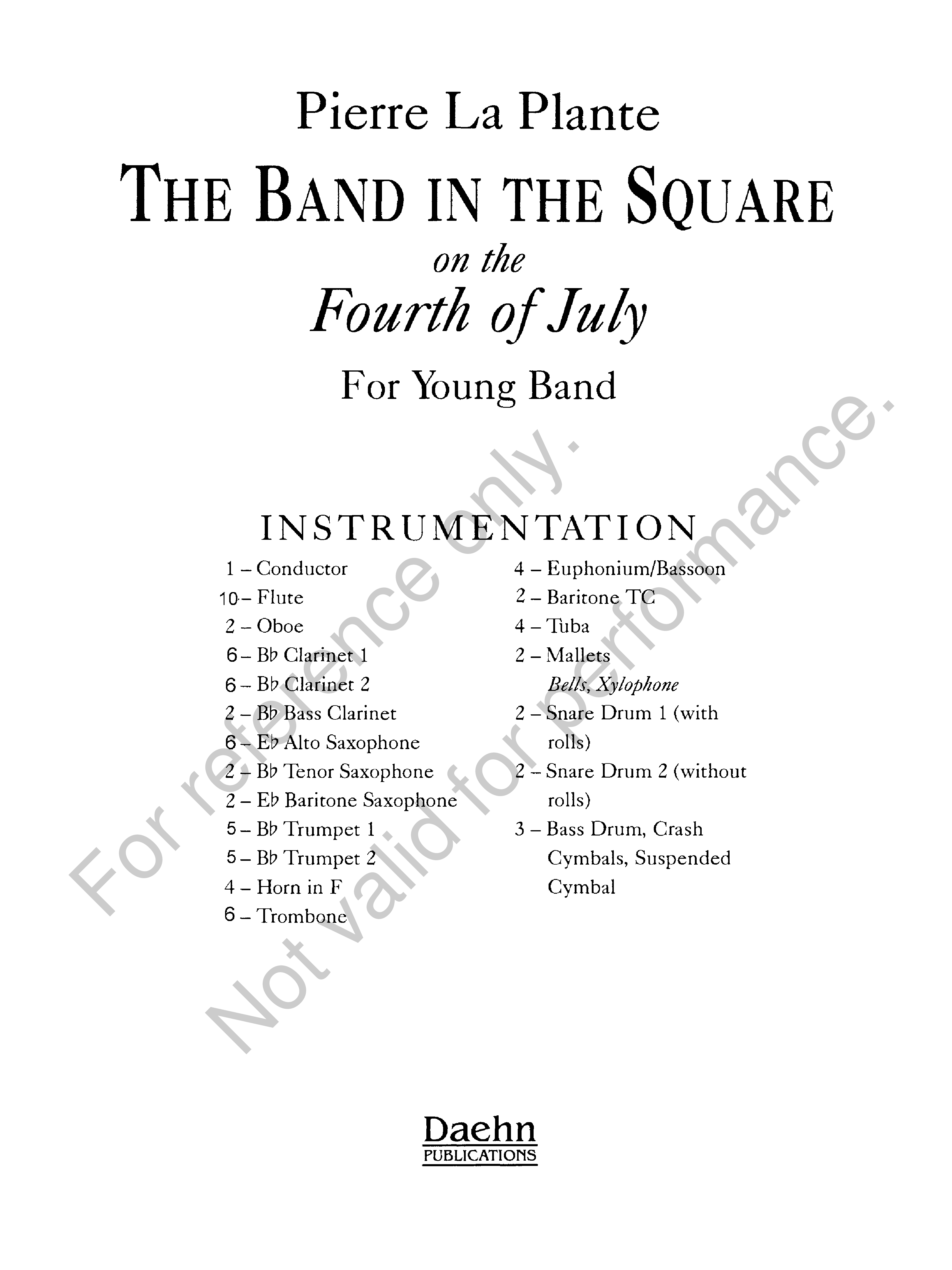 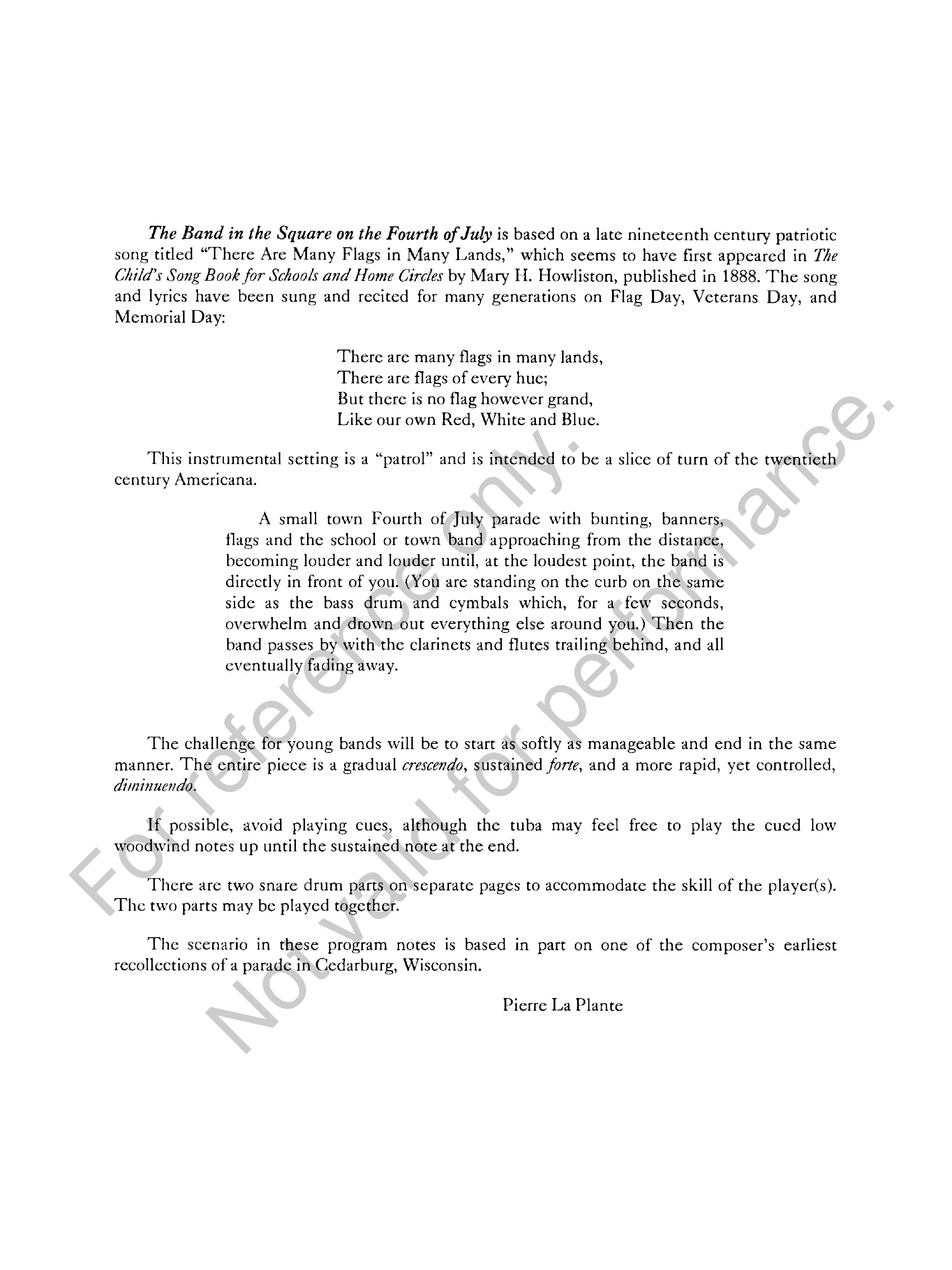 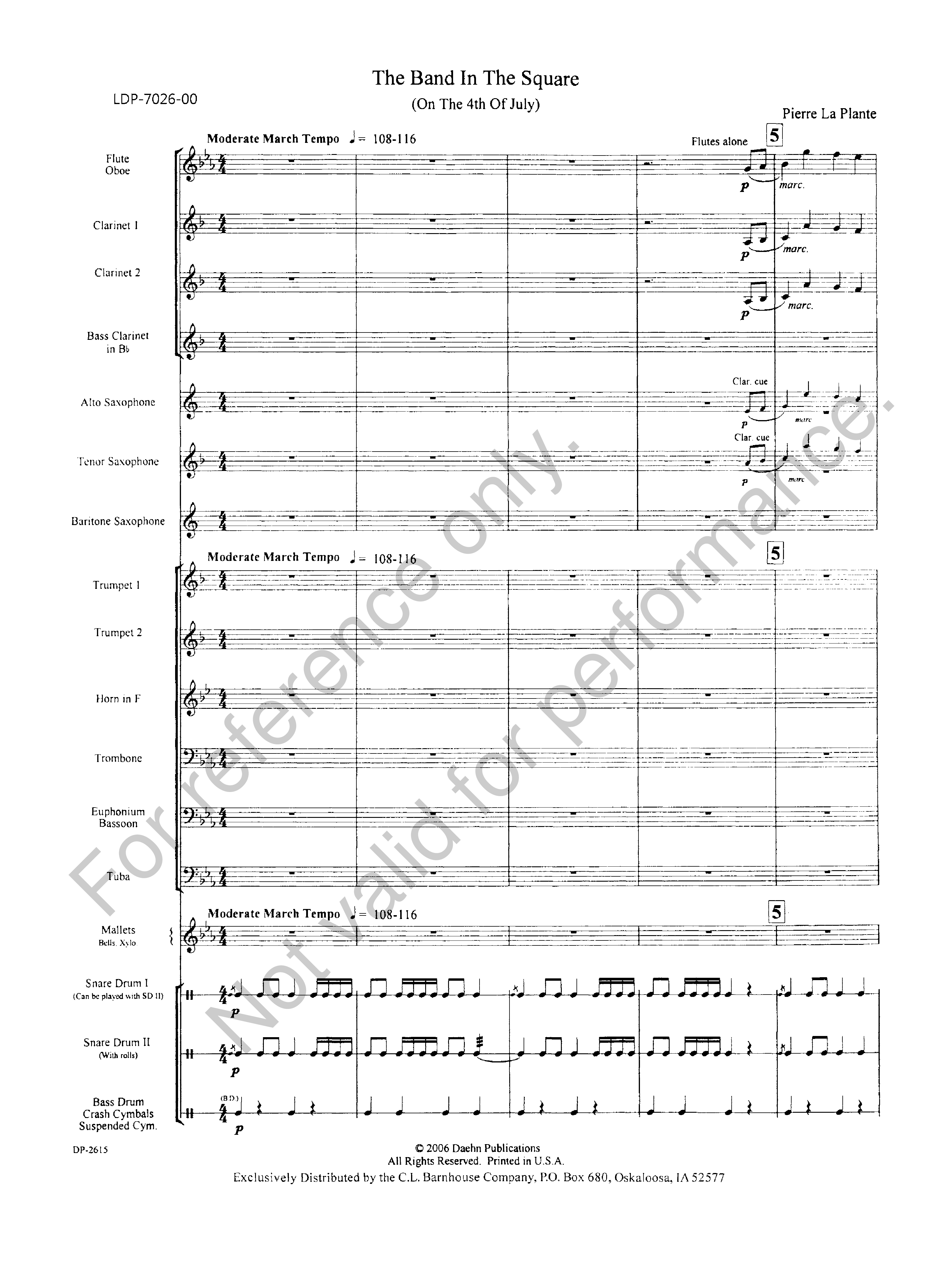 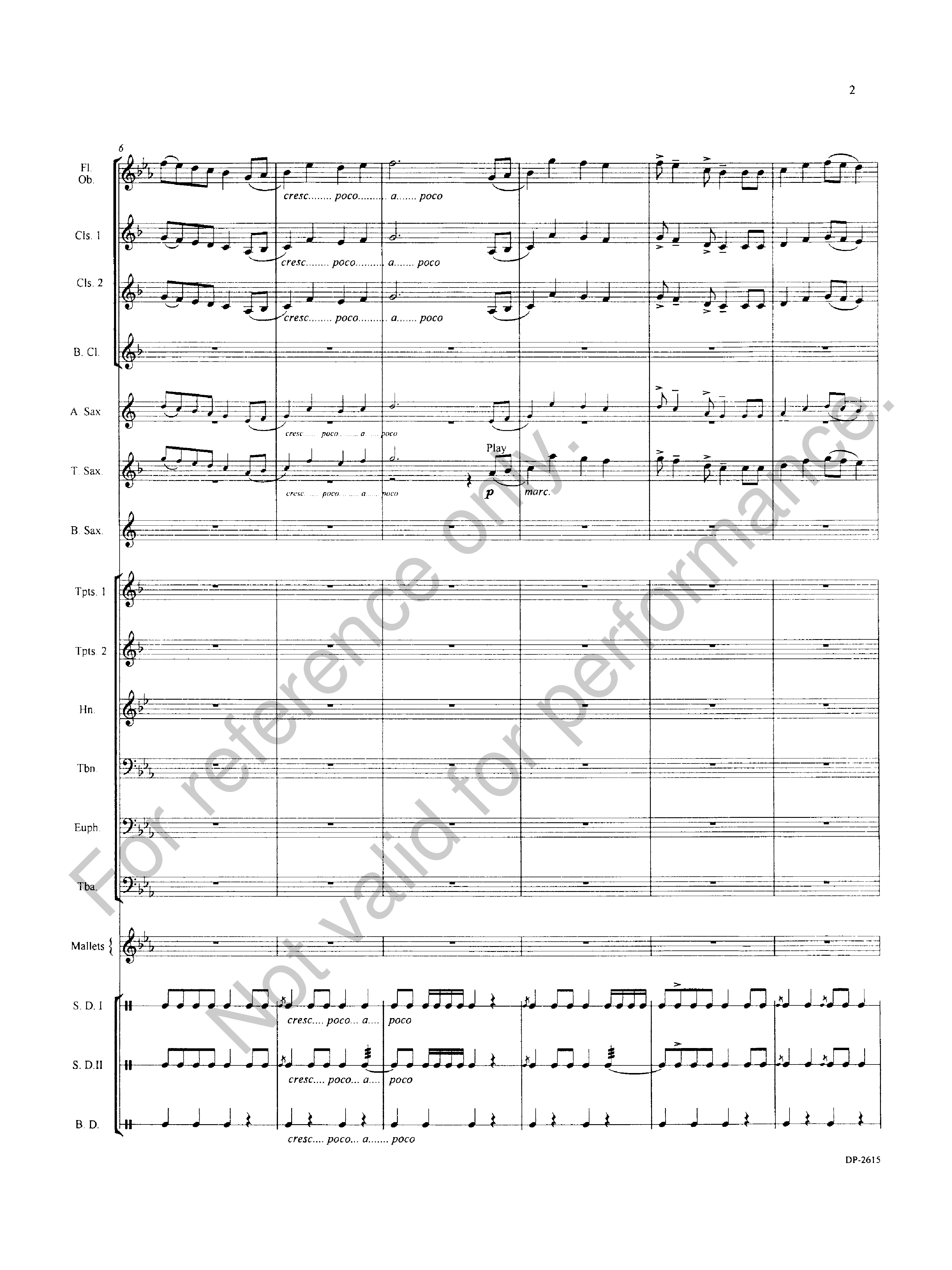 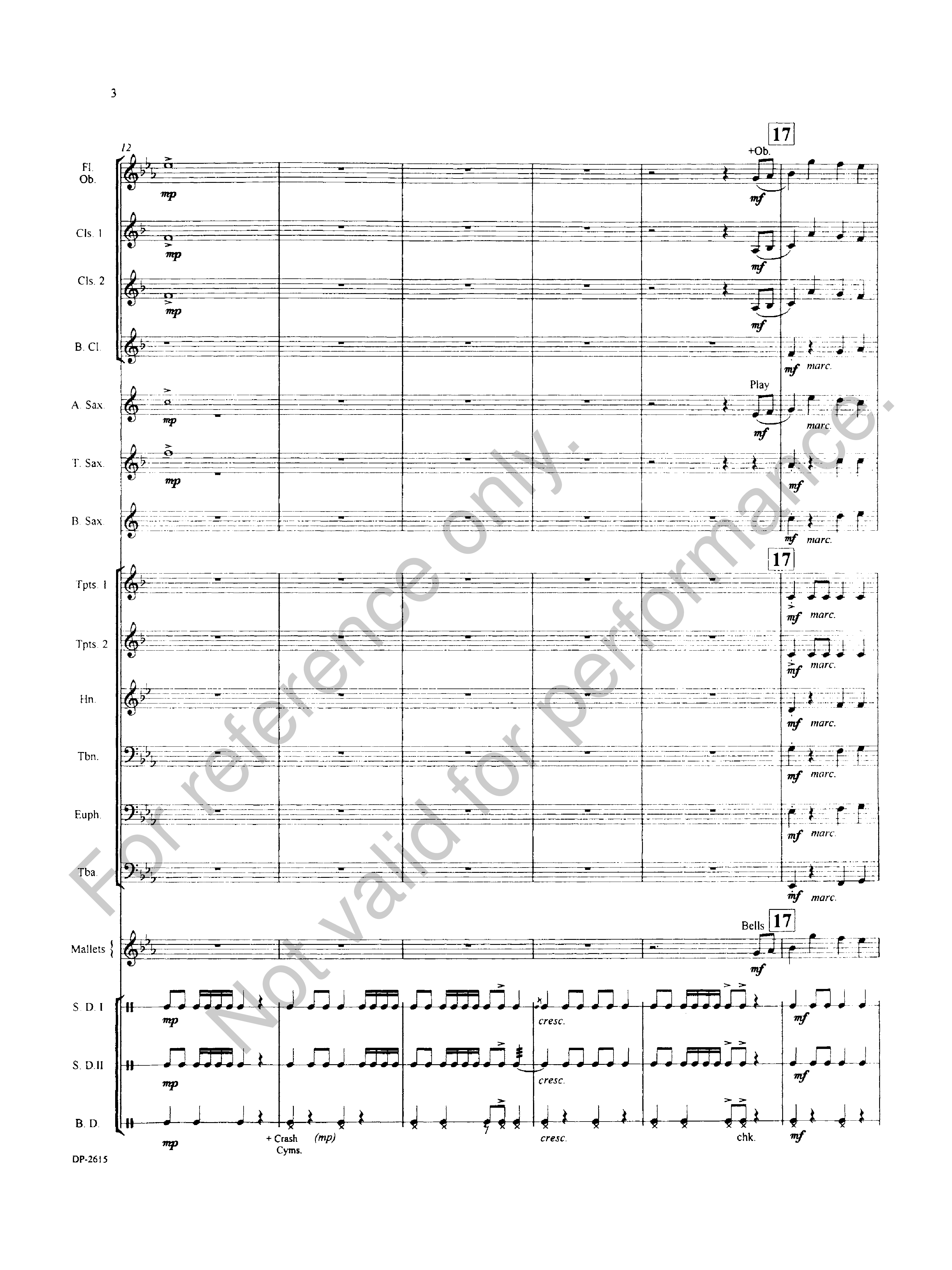 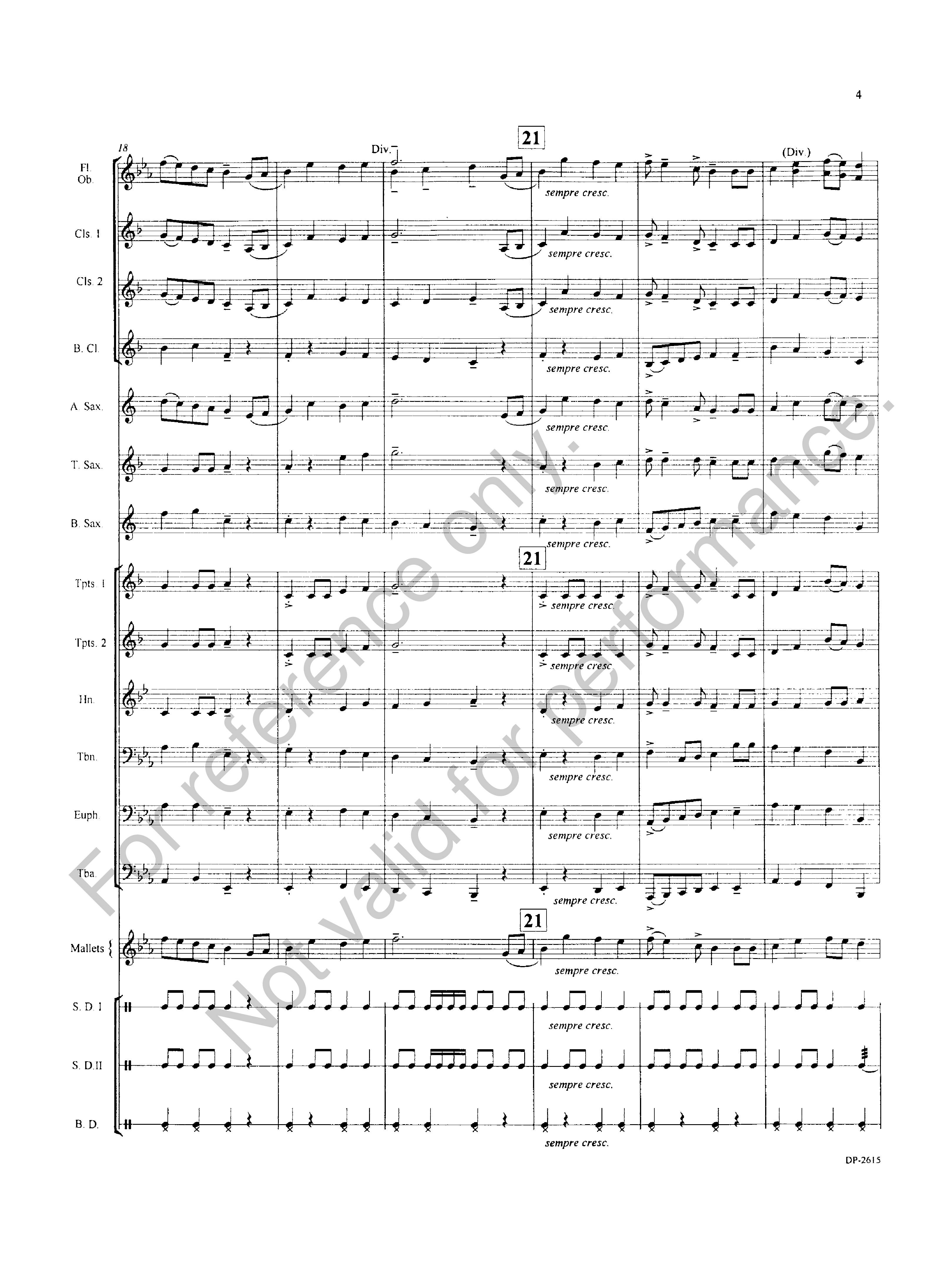 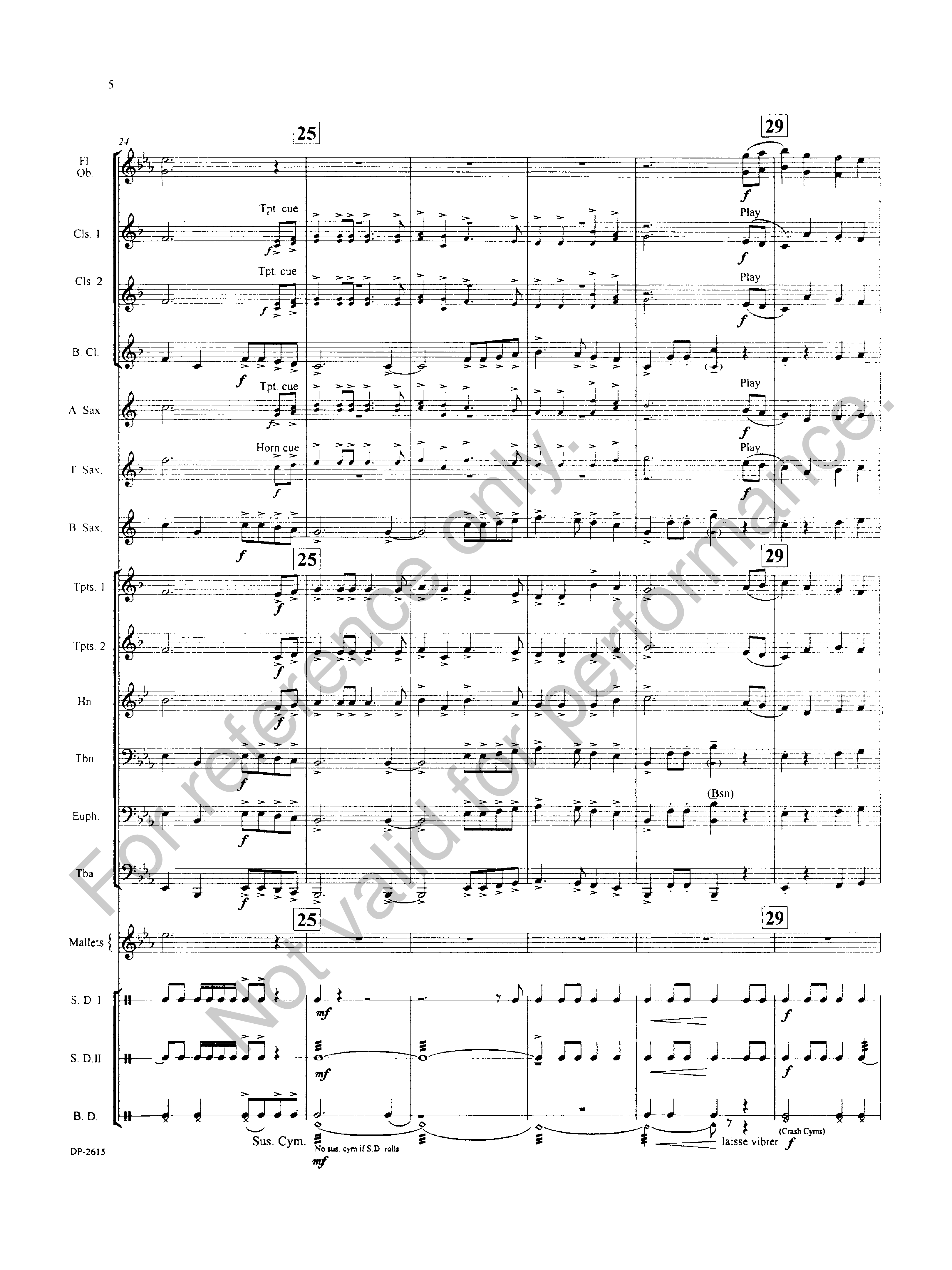 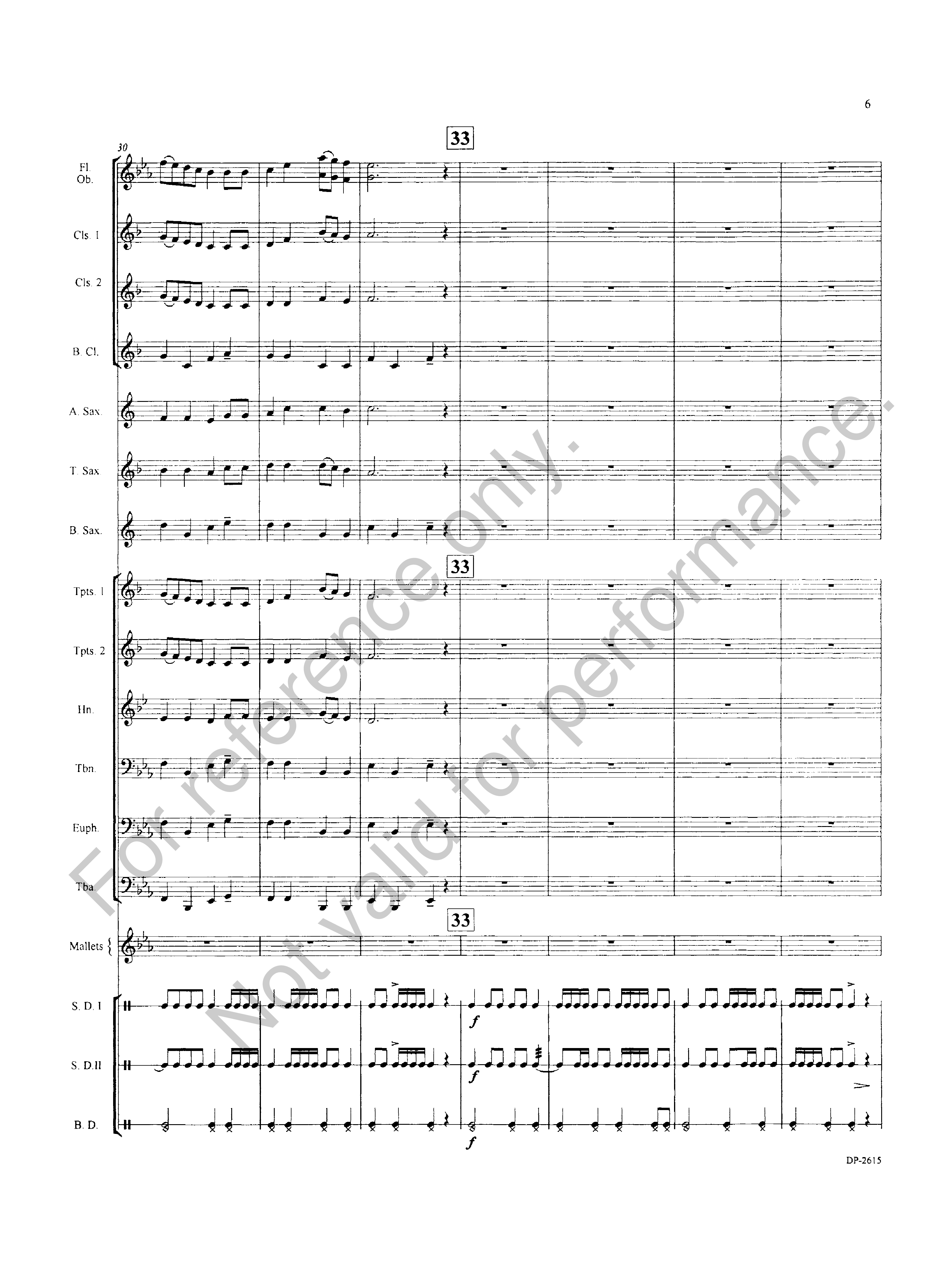 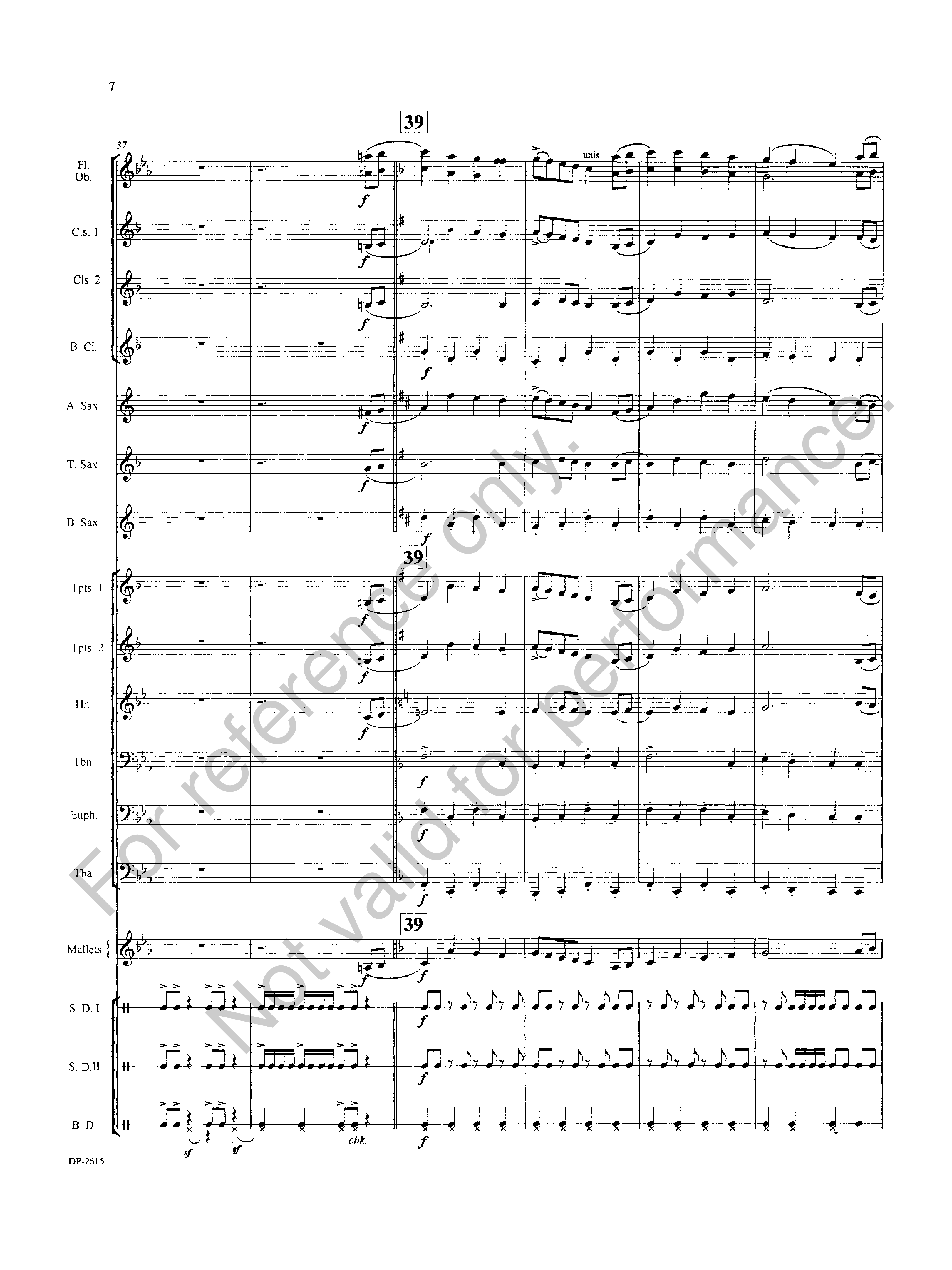 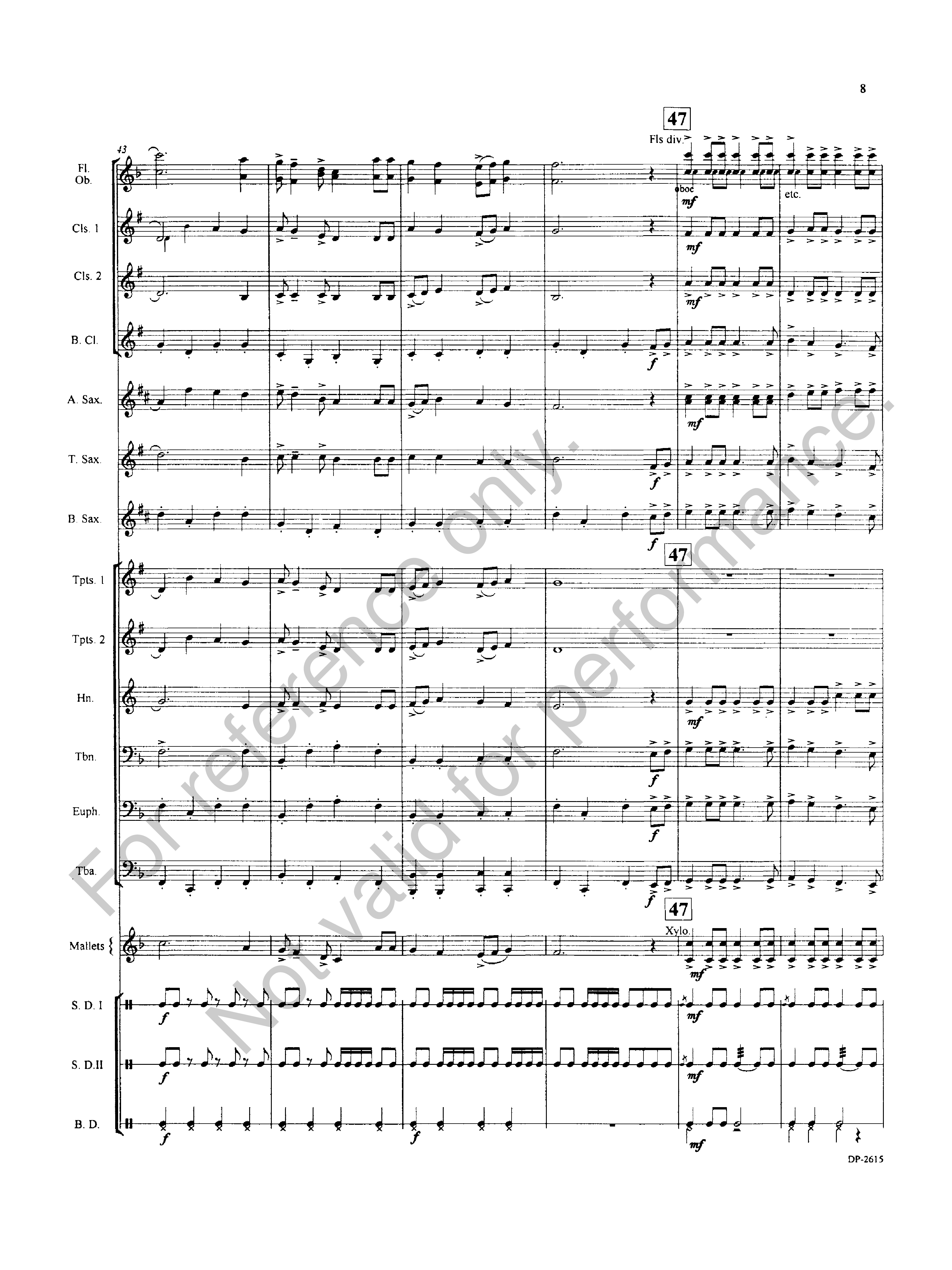 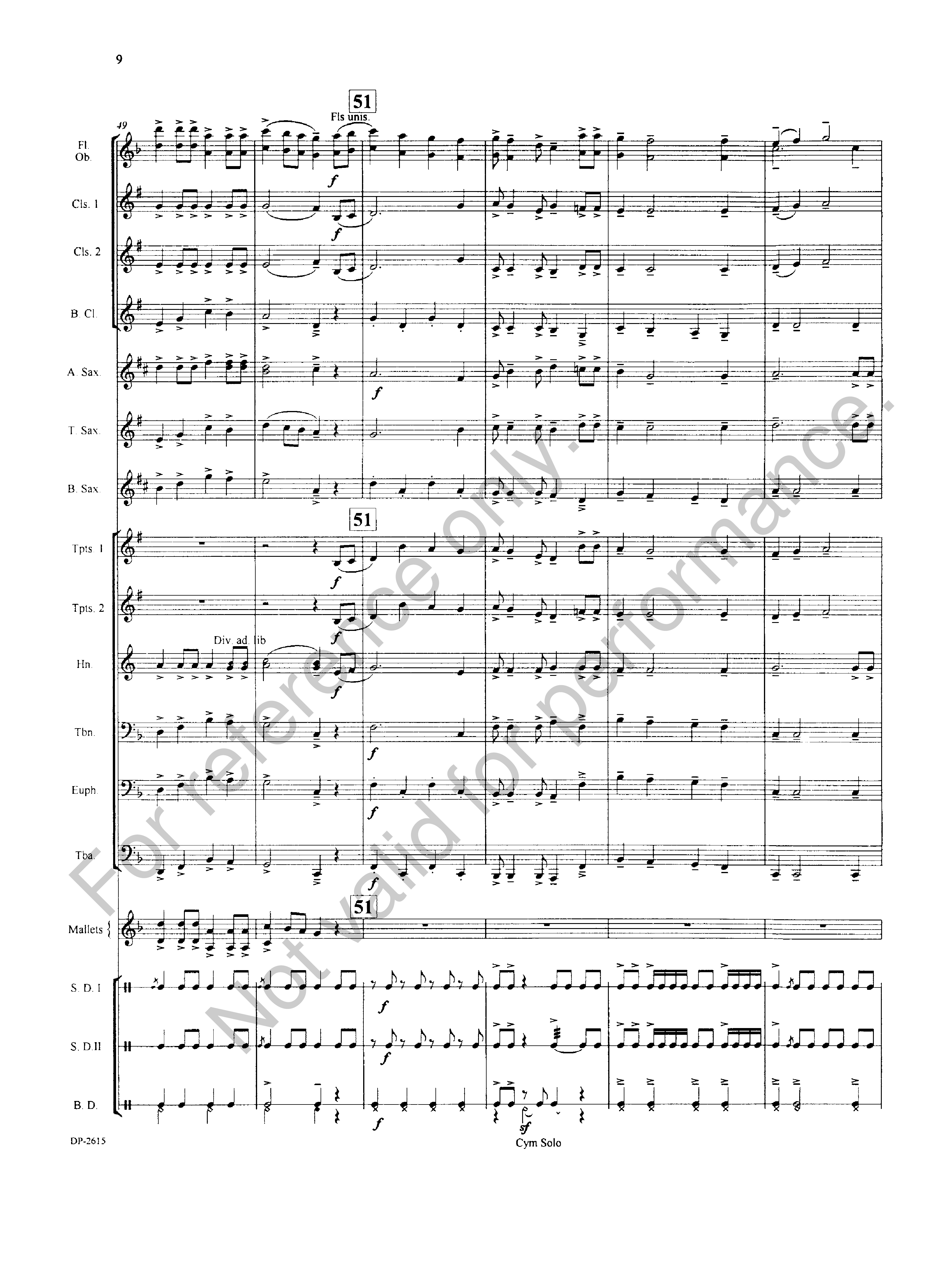 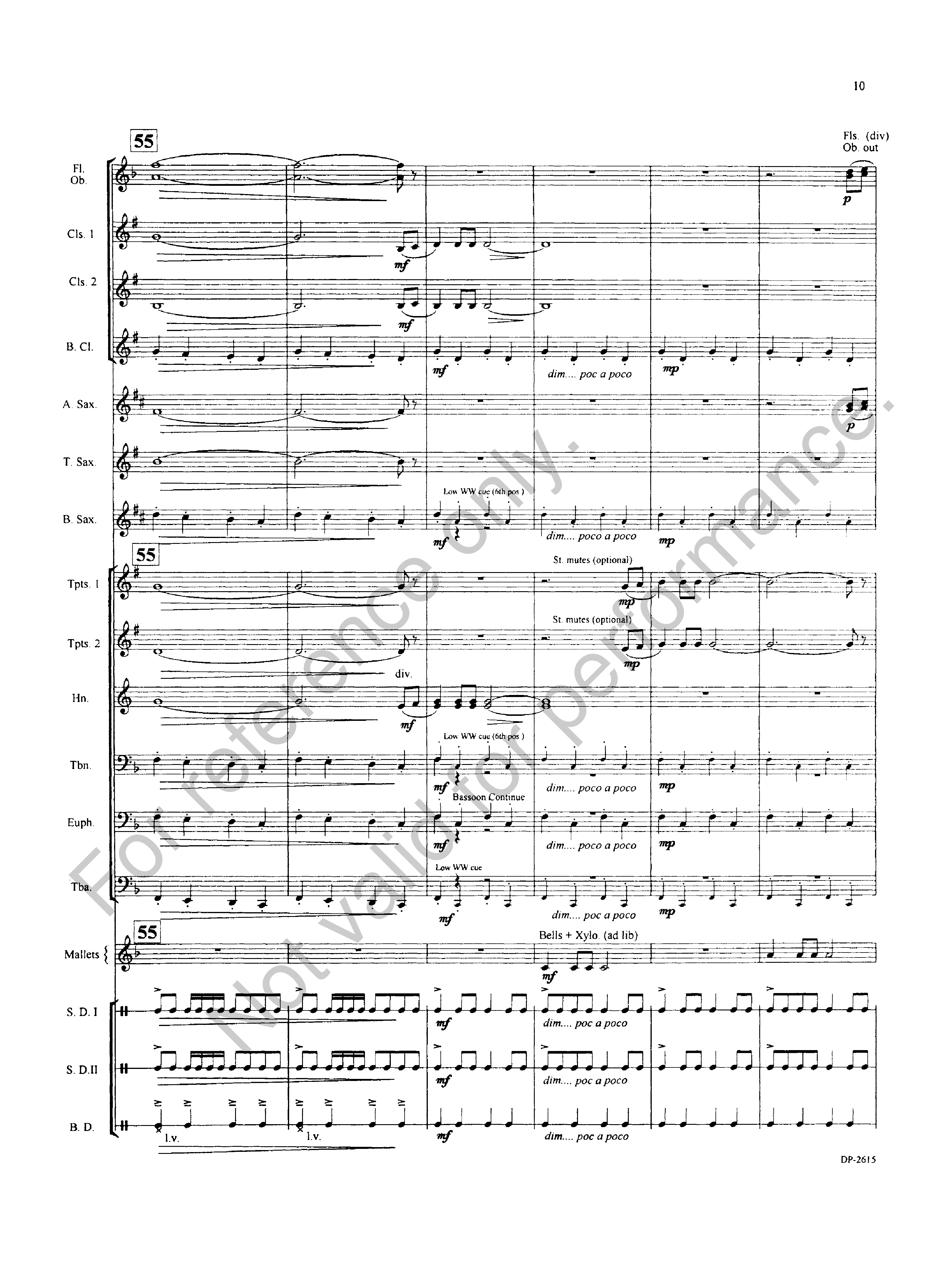 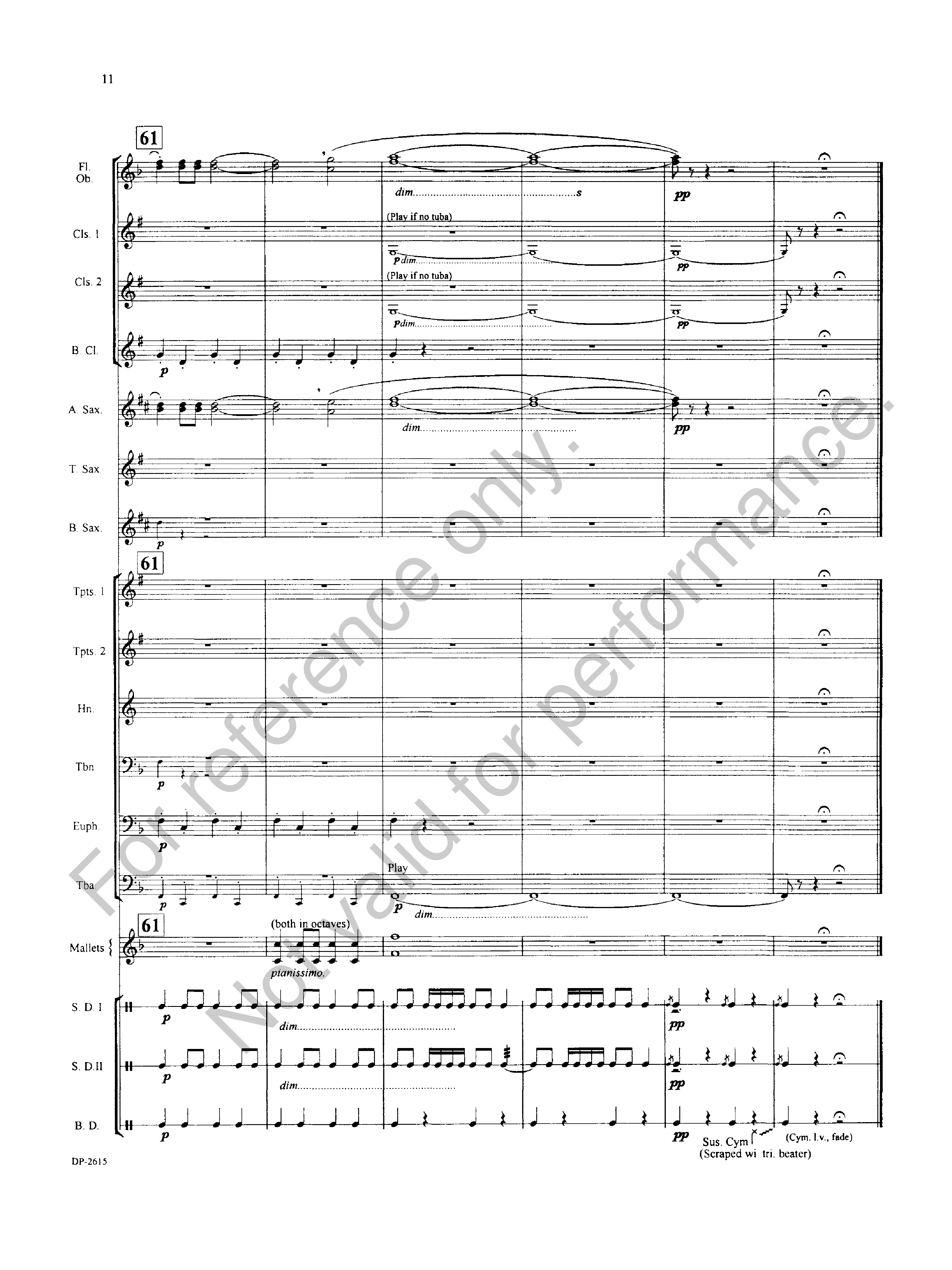 A very clever and appealing description of an early twentieth-century Fourth of July parade. Starting with a quiet sound as if off in the distance, the work gradually grows in sound as the band gets closer. Reaching full volume as the band passes, it then gradually diminishes and fades away.  A very attractive and vivid depiction for players and audiences.
Select a Product
My Library
What is My Library?
Order Extra Parts
This item appears on the following state lists:
Powered by Rating-System.com
Share this title