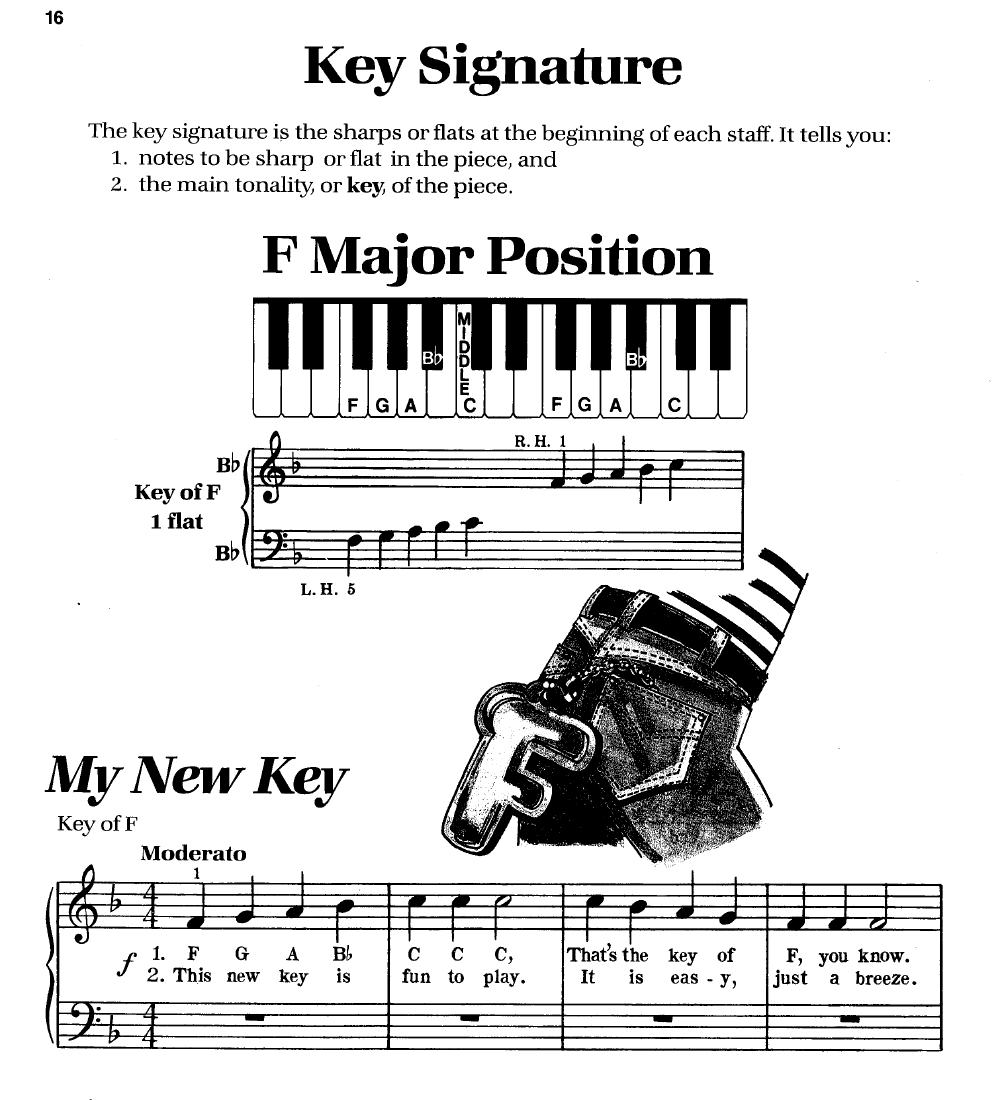 Students who have completed either the Primer Level or Bastien Piano Basics: Piano for the Young Beginner should move on to Level 1 of Bastien Piano Basics and continue their musical development with happy, effervescent pieces enriched by charming, colorful illustrations. Level 1 starts with review of what was covered in Primer Level and simple tunes in C Major position. The student is required to play single notes or parallel octaves between the hands at this point. There is also a review of sharps, flats, and the C Major chord . The two-note dominant seventh is presented. Later, five finger positions of F Major and both G Major positions are covered, as are their tonic (3 note) and dominant seventh (2 note) chords. Bass clef line notes and space notes are drilled and a few pages later the treble clef notes are drilled. Other concepts include damper pedal, single eighths, dotted quarter notes and natural signs.
Select a Product
My Library
What is My Library?
Powered by Rating-System.com
Share this title