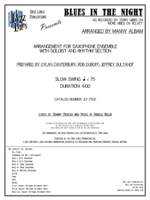 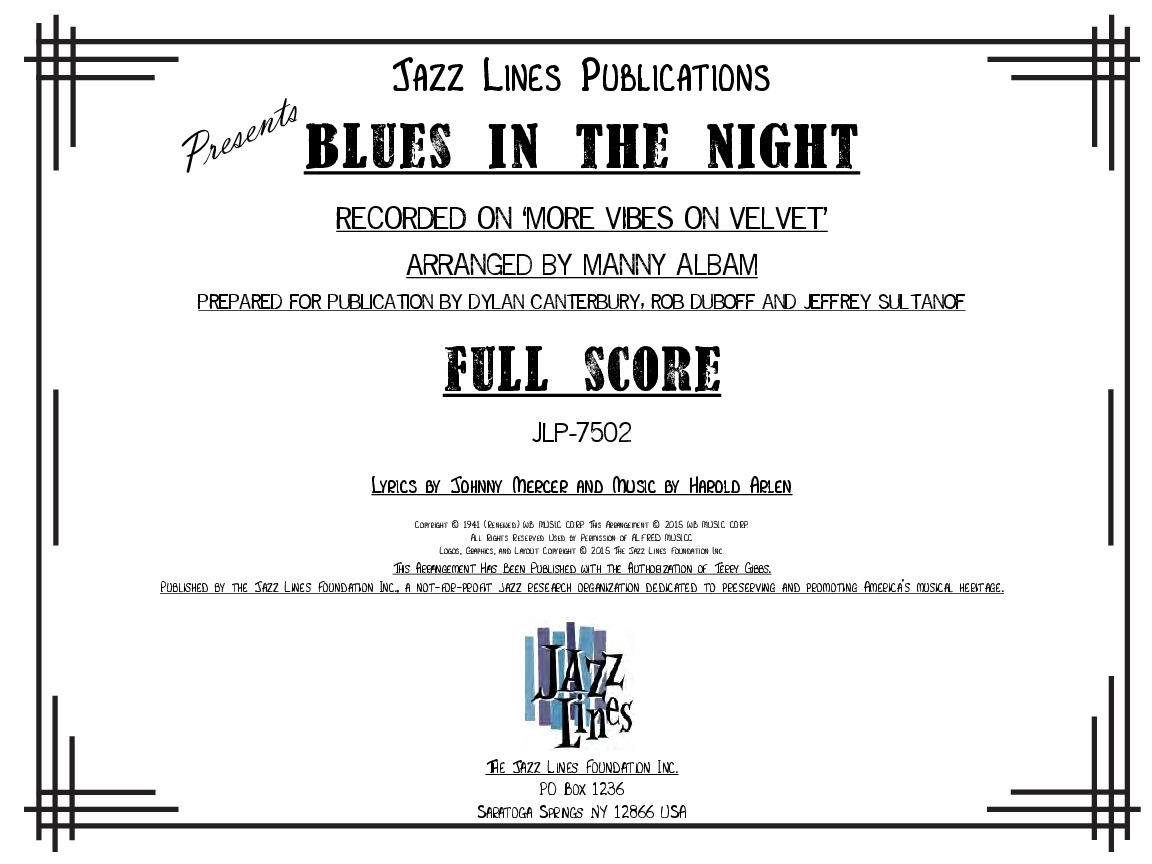 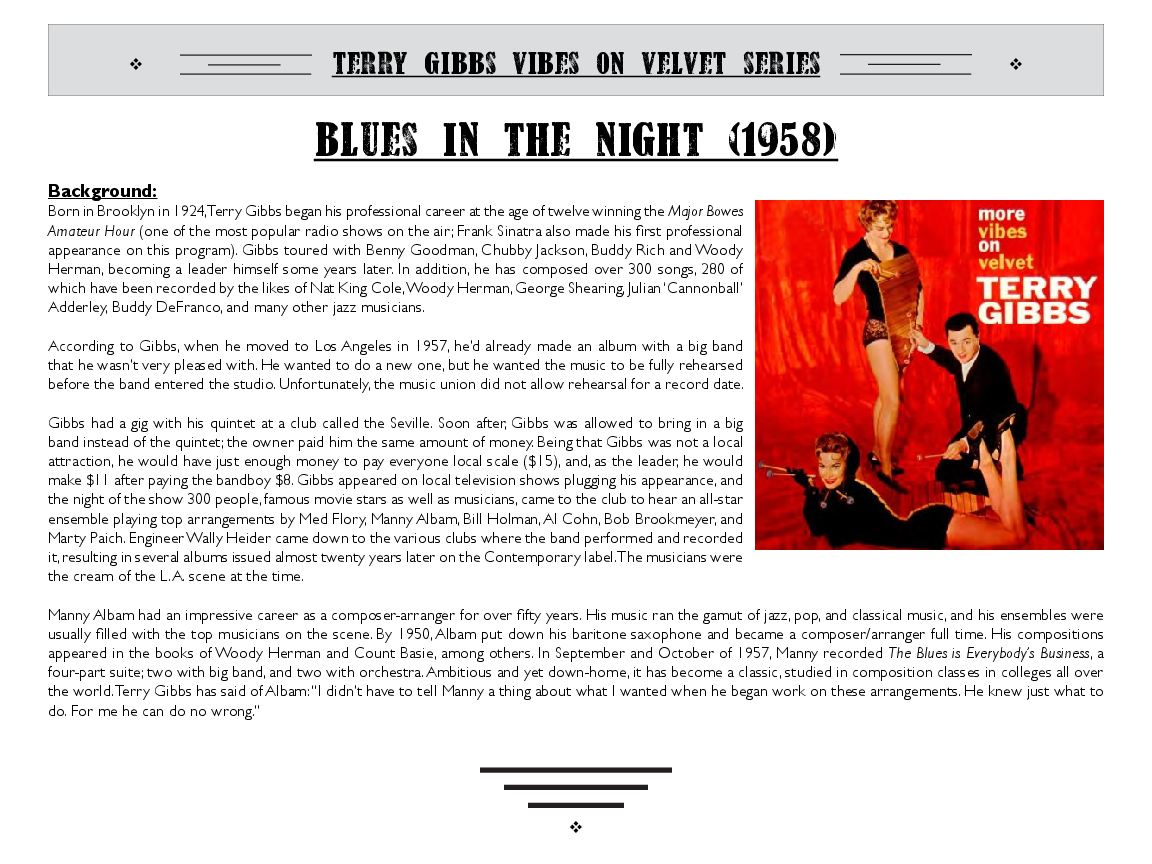 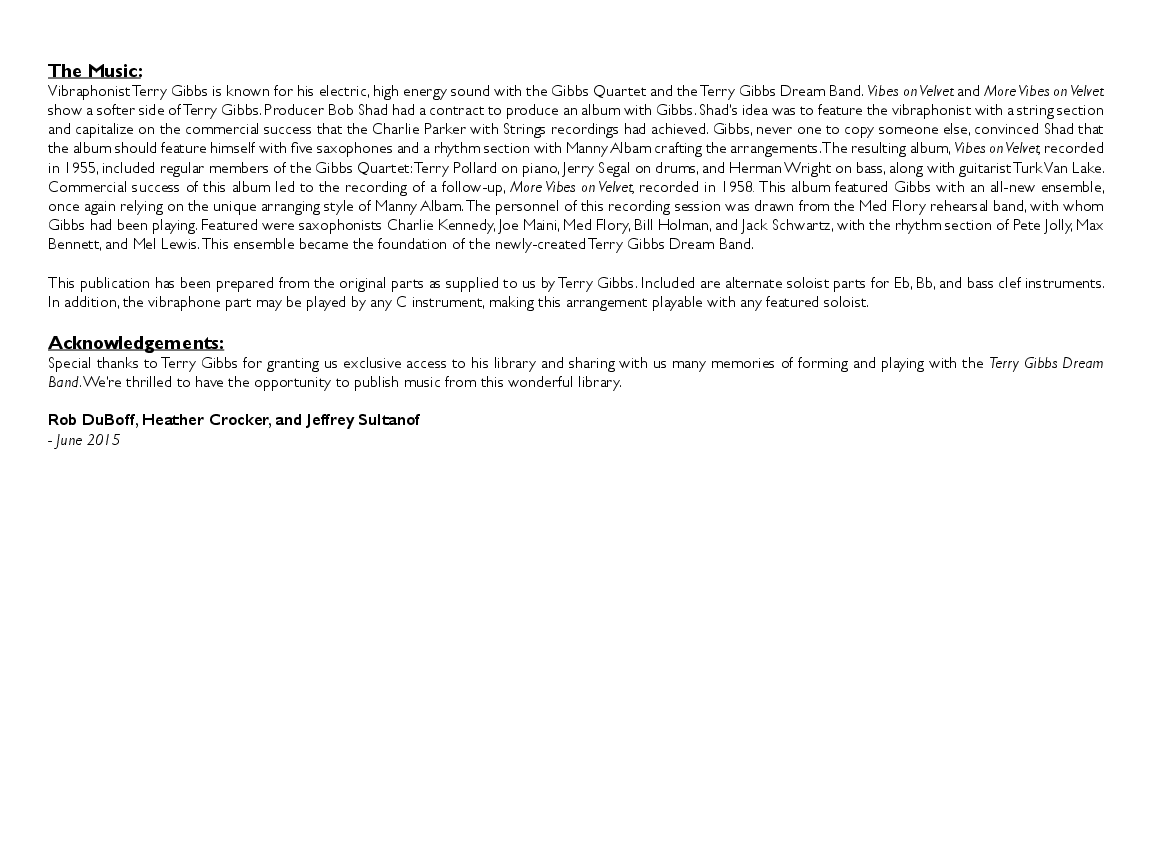 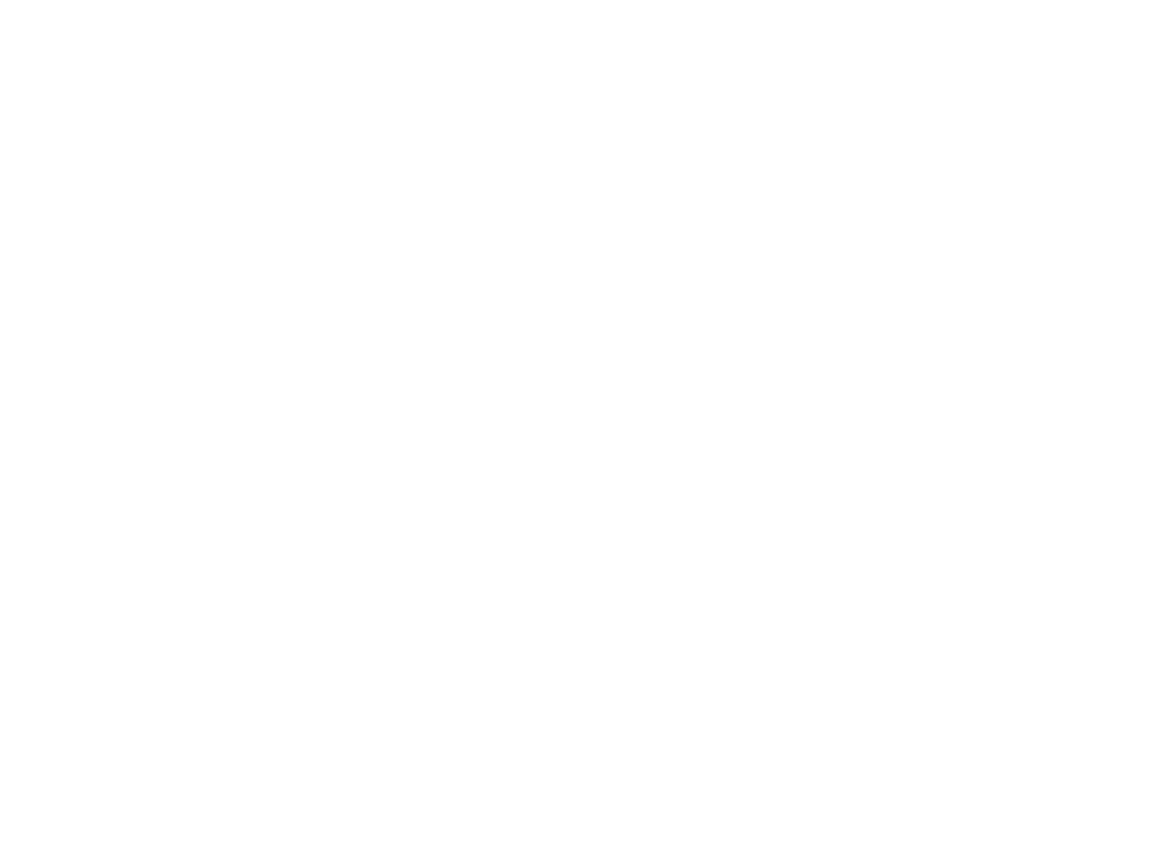 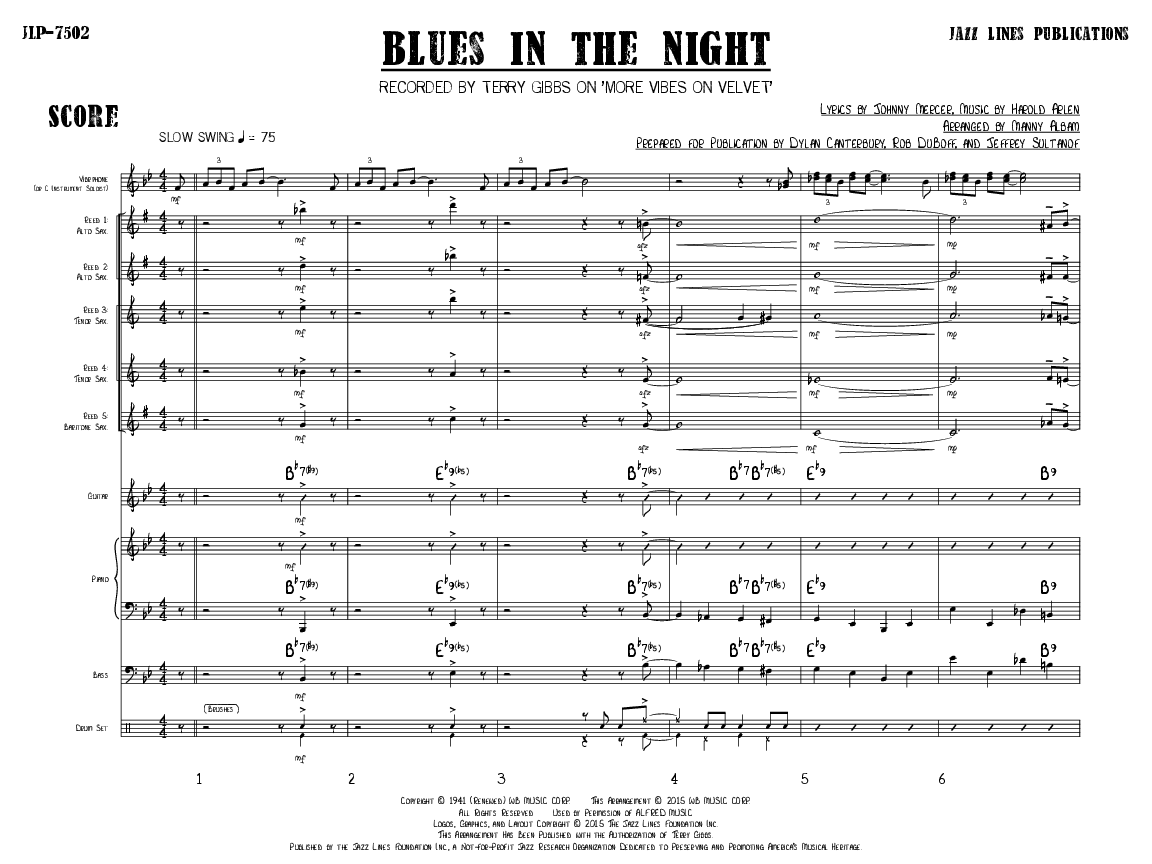 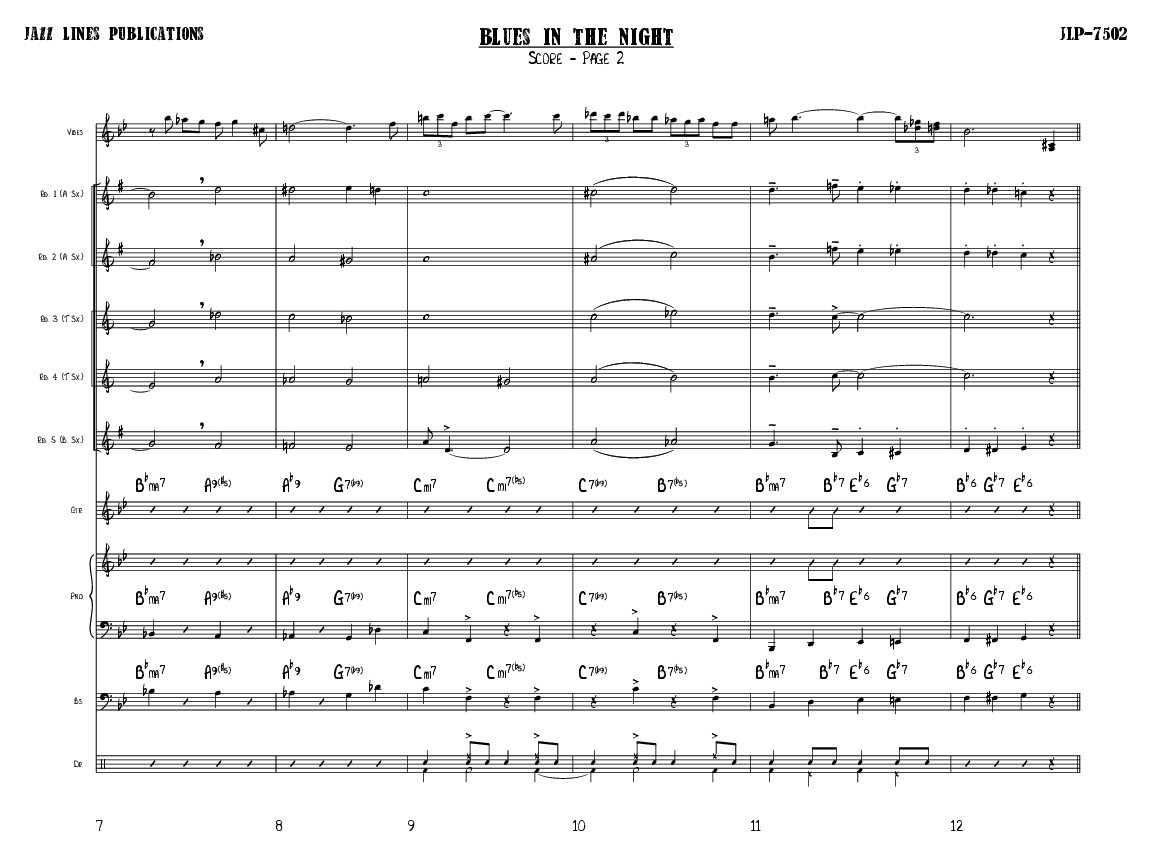 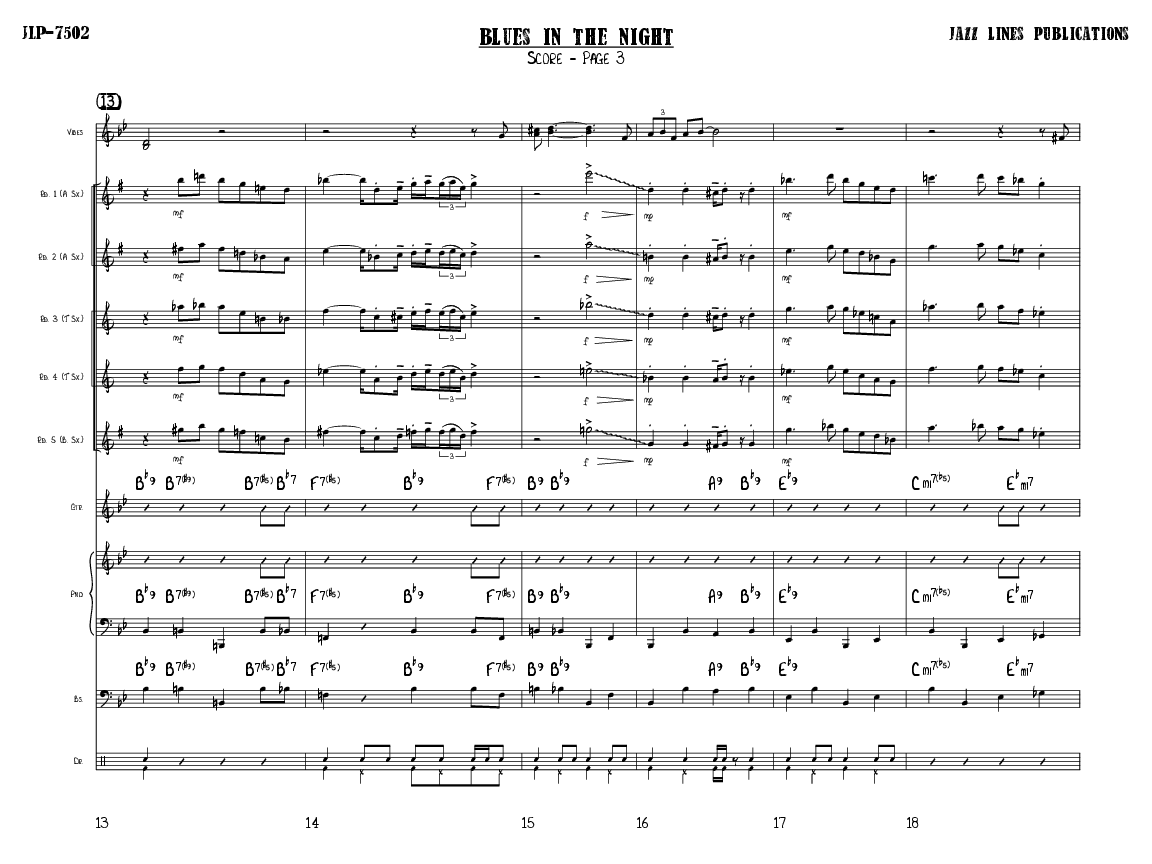 Vibraphonist Terry Gibbs is known for his electric, high energy sound with the Gibbs Quartet and the Terry Gibbs Dream Band. Producer Bob Shad had a contract to produce an album with Gibbs. Shad's idea was to feature the vibraphonist with a string section and capitalize on the commercial success that the Charlie Parker with Strings recordings had achieved. Gibbs, never one to copy someone else, convinced Shad that the album should feature himself with five saxophones and a rhythm section with Manny Albam crafting the arrangements. The resulting album, "Vibes on Velvet," was recorded in 1955. Commercial success of this album led to the recording of a follow-up, "More Vibes on Velvet," recorded in 1958. This publication has been prepared from the original parts and includes alternate soloist parts for E-flat, B-flat, and bass clef instruments. In addition, the vibraphone part may be played by any C instrument, making this arrangement playable with any featured soloist.

The entire Pepper team thanks every teacher and director working to support your community. Look for free resources at cuedin.com and jwpepper.com/teachingonline. We are here for you! Best to reach us by email at [email protected] or call 1-800-345-6296. Our current phone hours are Monday-Friday 9:00-6:00 ET.