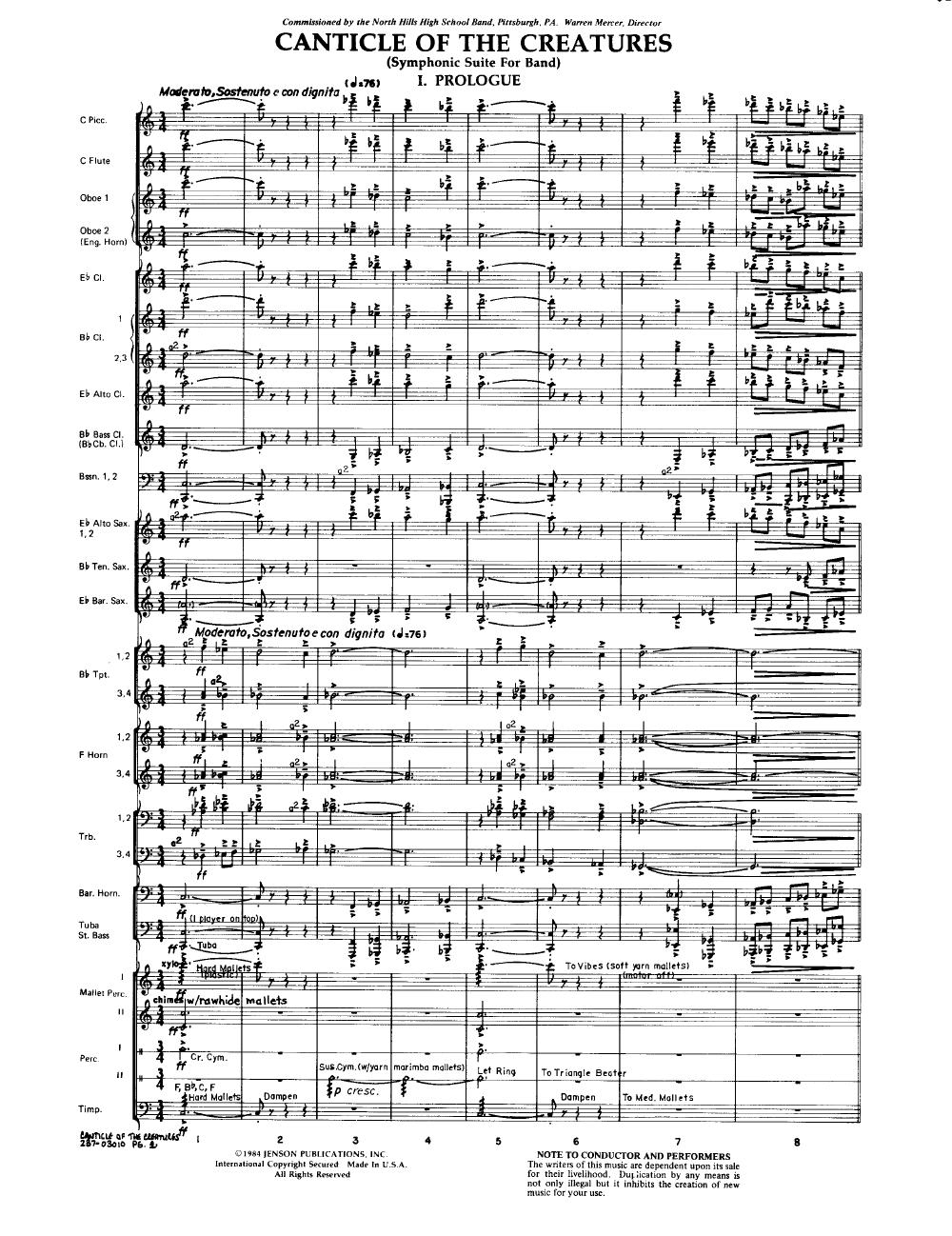 This distinctive six-movement suite is one of Jim Curnow's most requested works. Inspired by the writings of Saint Francis of Assisi, it graphically expresses his love of peace and his respect for all creatures. Each movement is like a short tone poem, using the modern concert band as the canvas on which to paint spectacular images. The movements are titled Prologue, Brother Sun, Sister Moon And Stars, Brother Fire, Mother Earth,and Epilog.
Select a Product
My Library
What is My Library?
Order Extra Parts
Full Song List