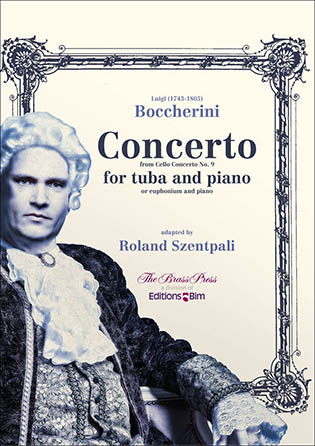 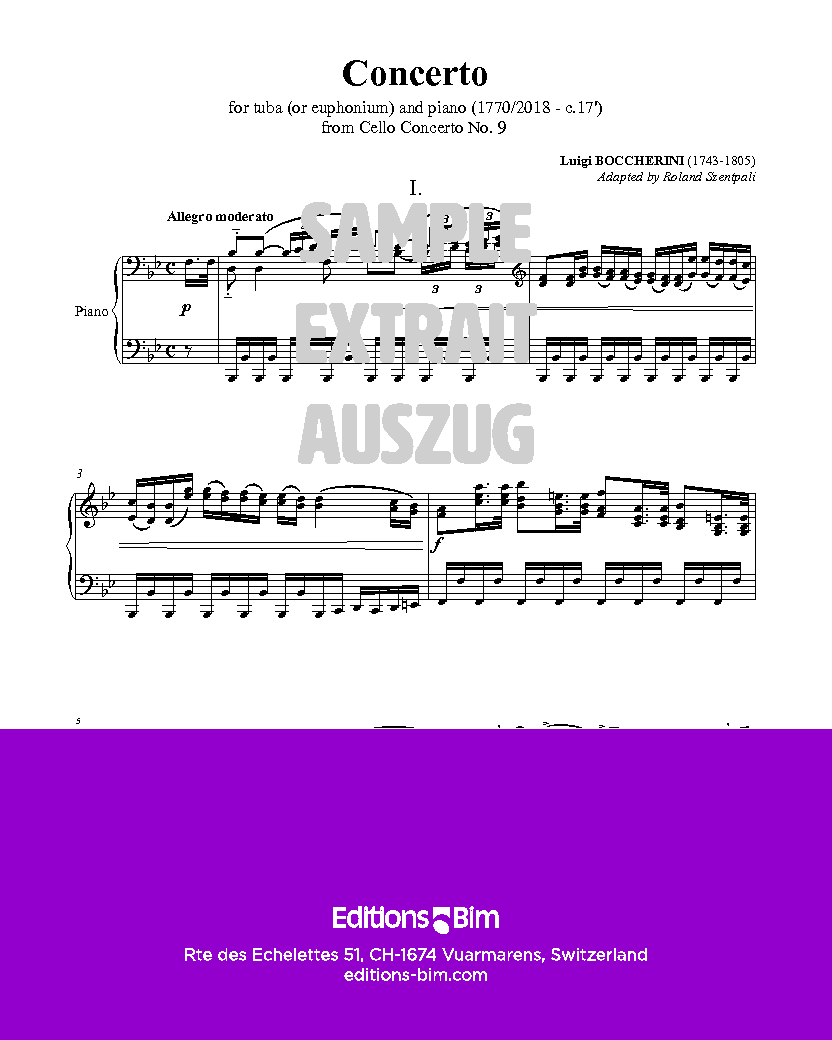 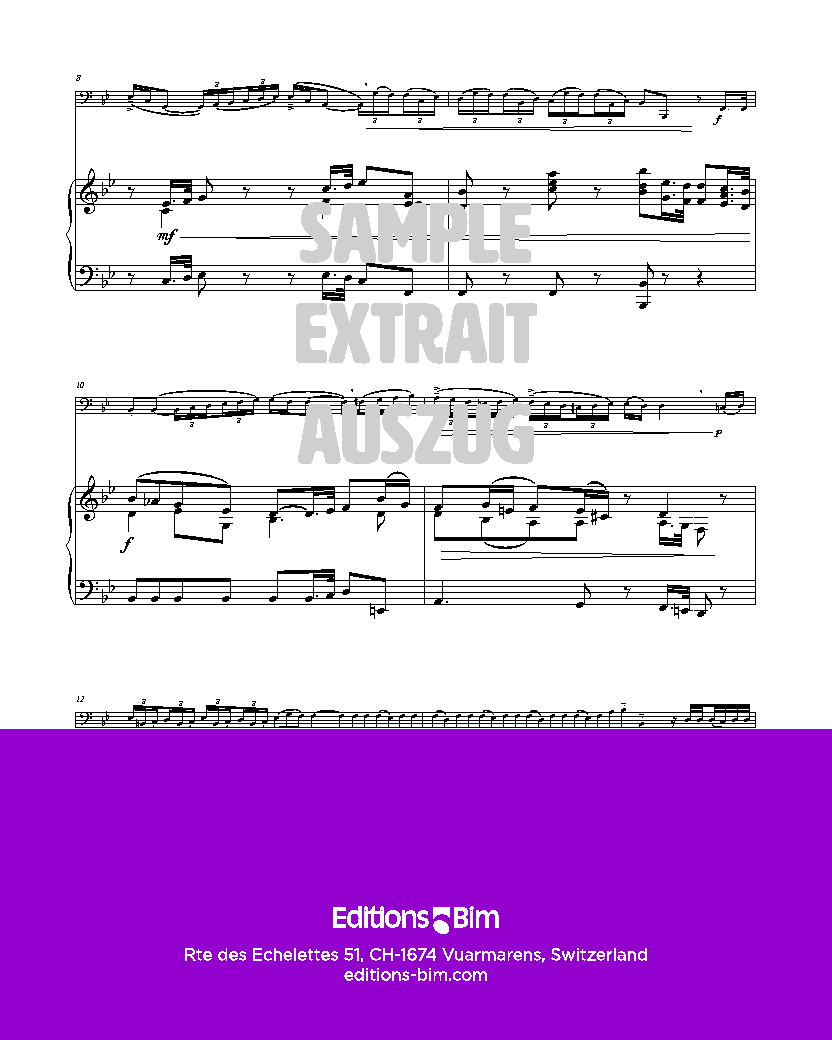 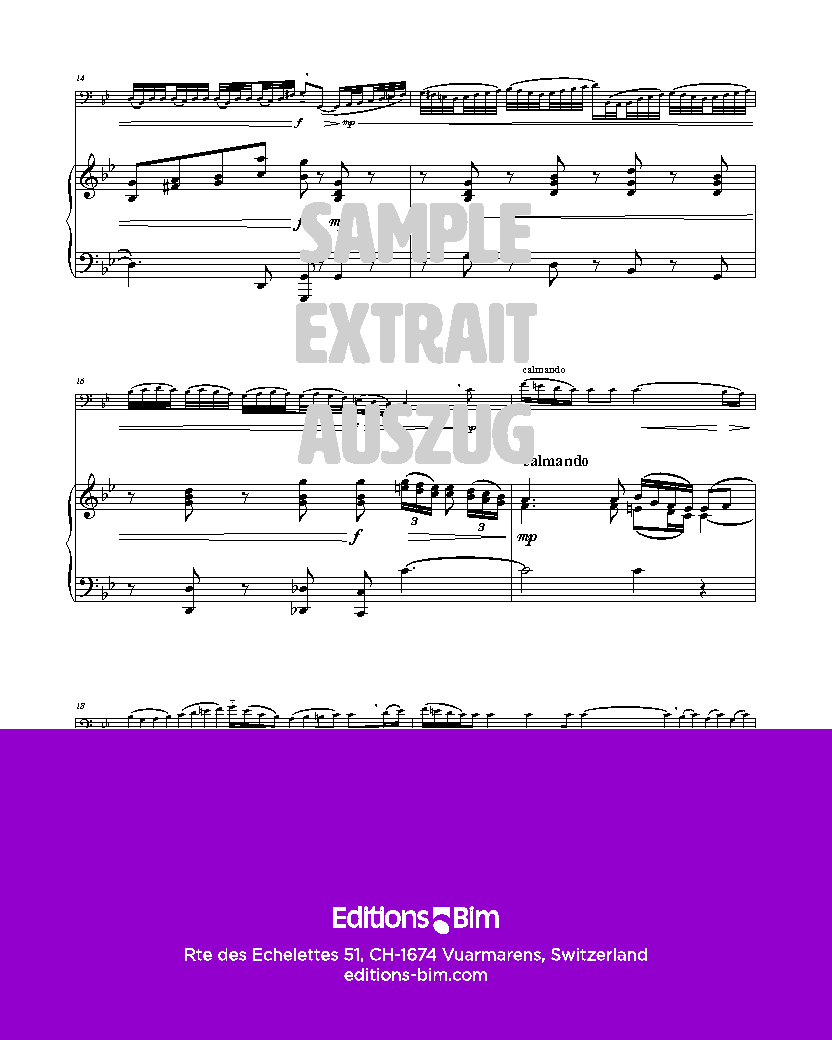 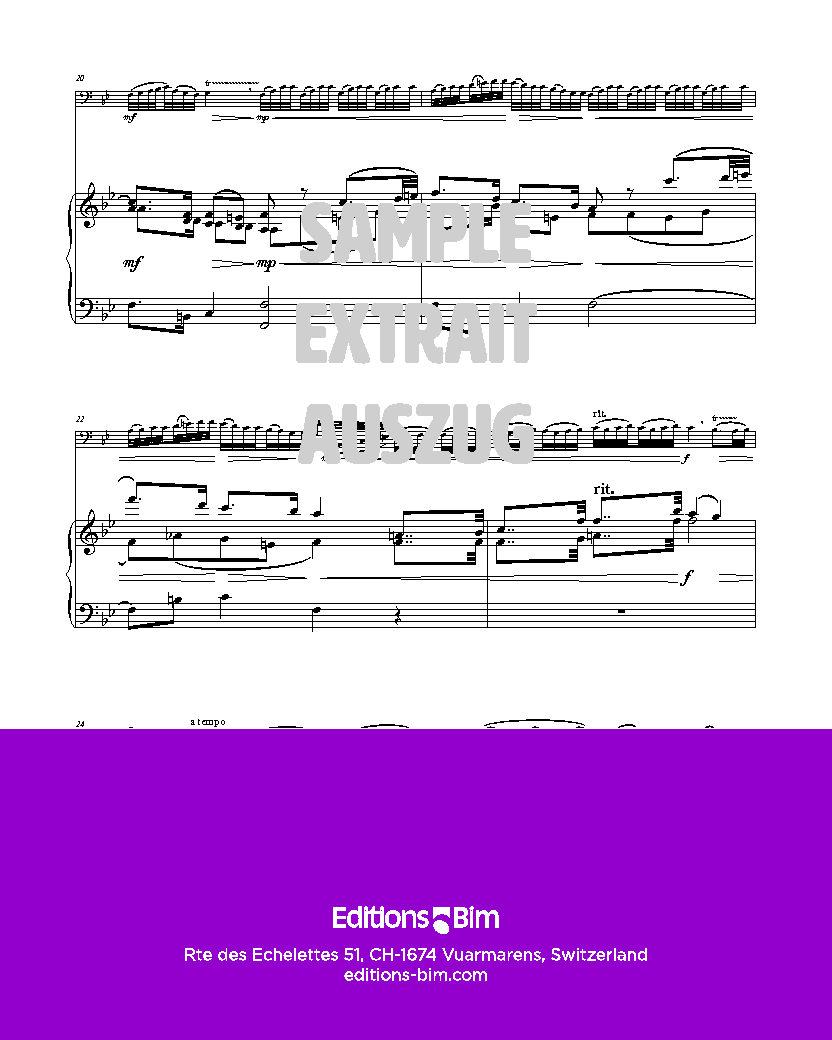 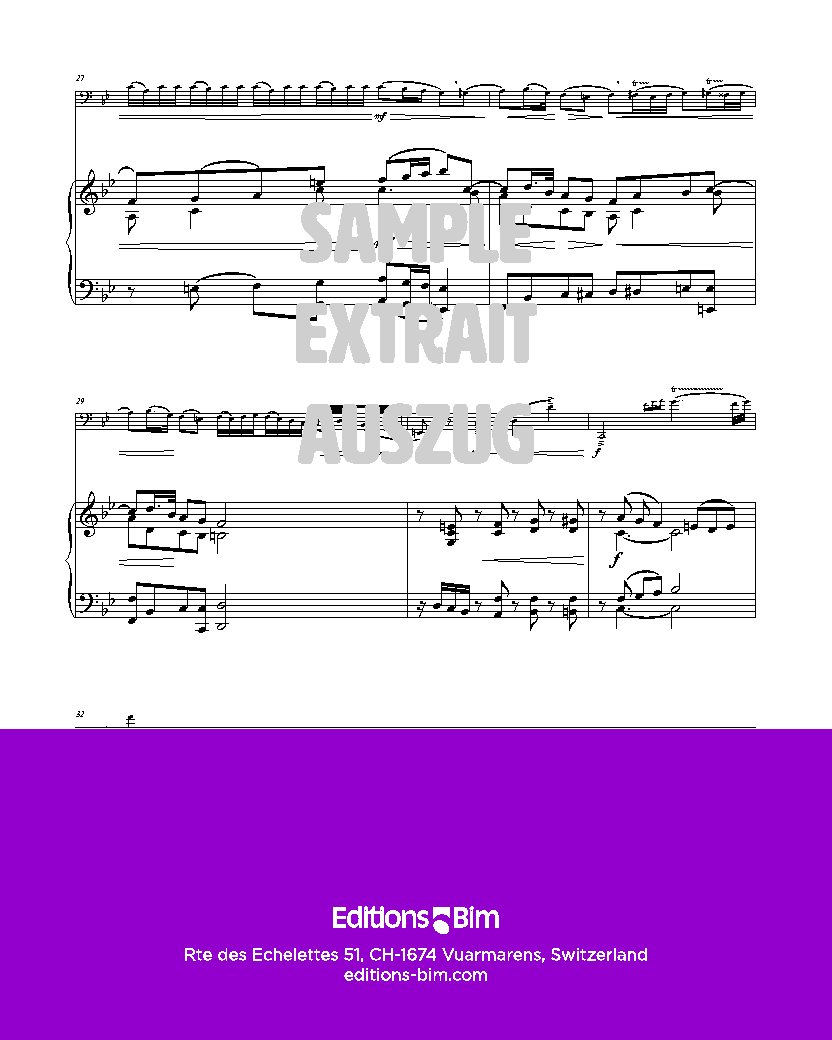 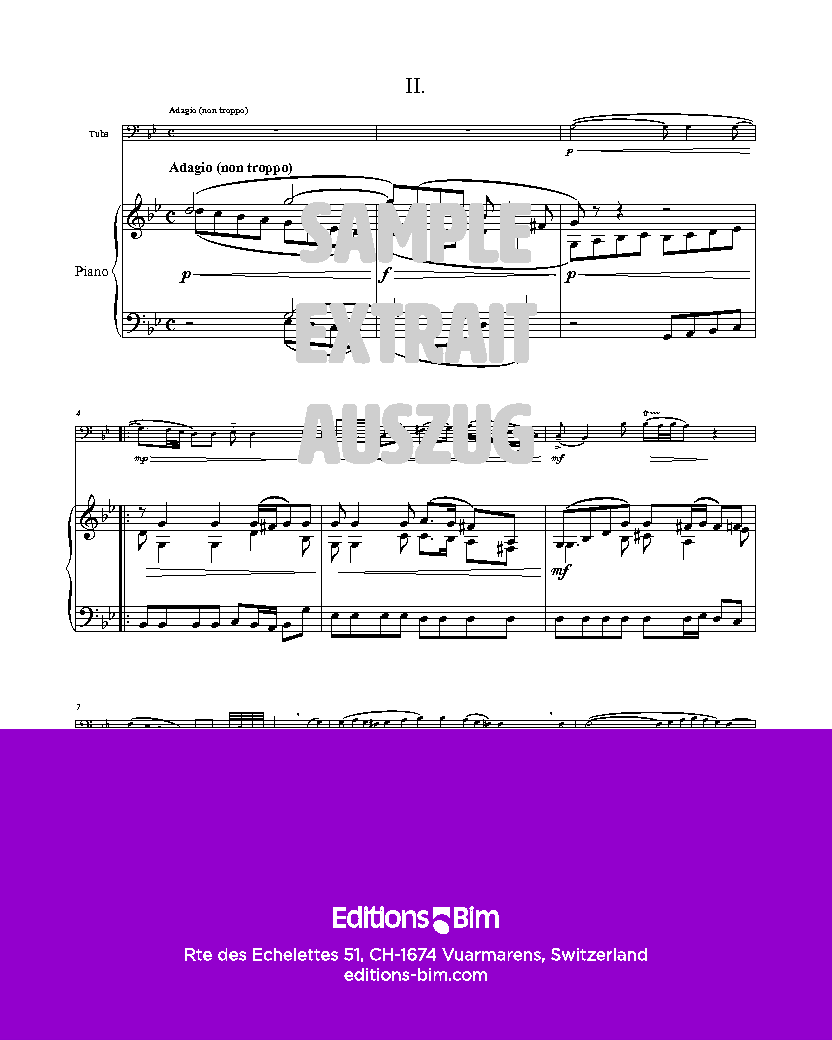 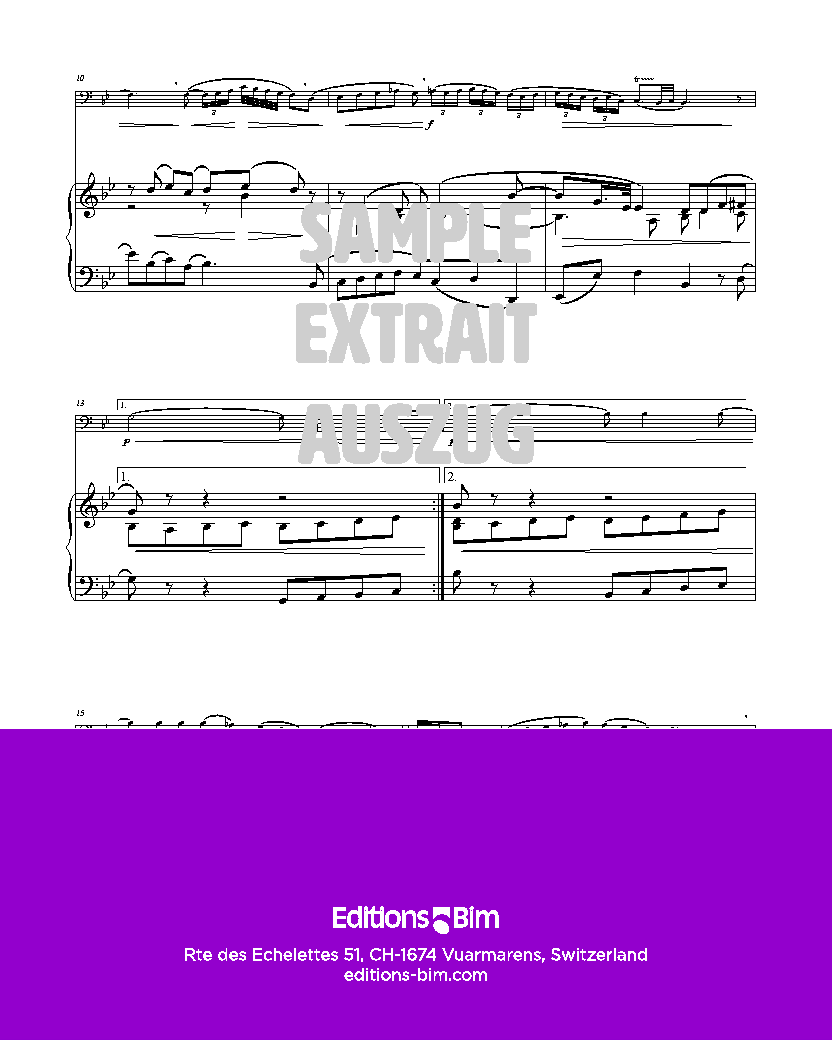 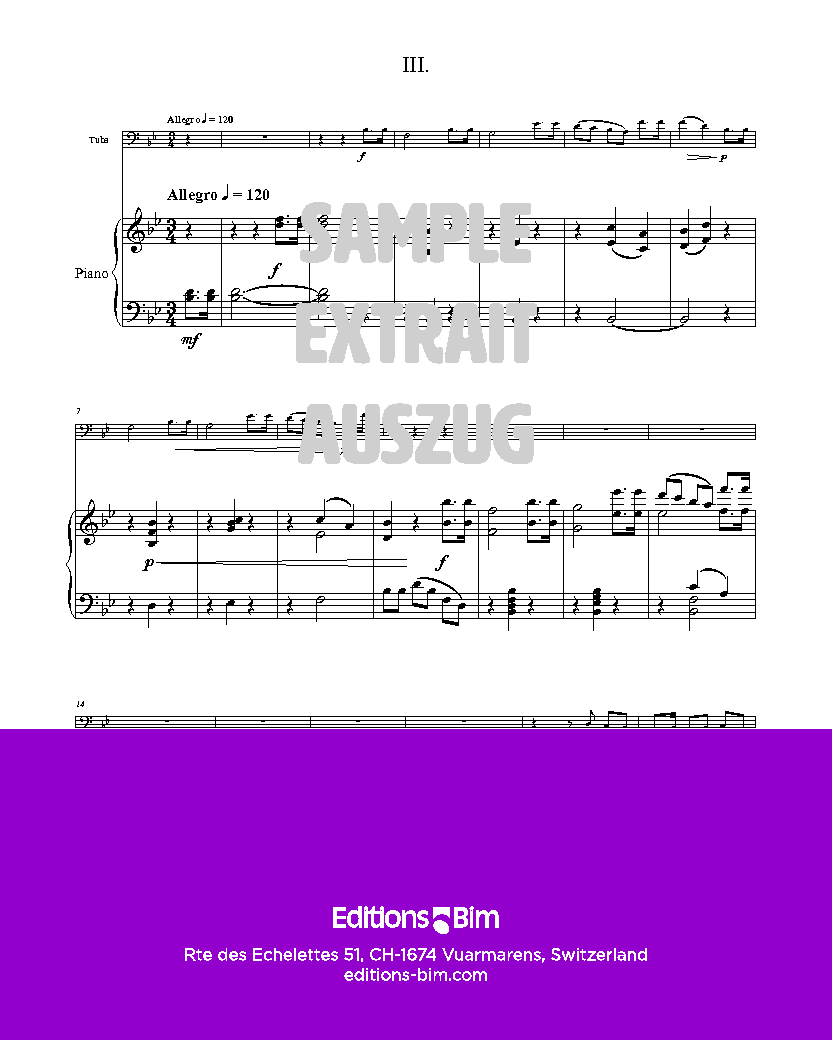 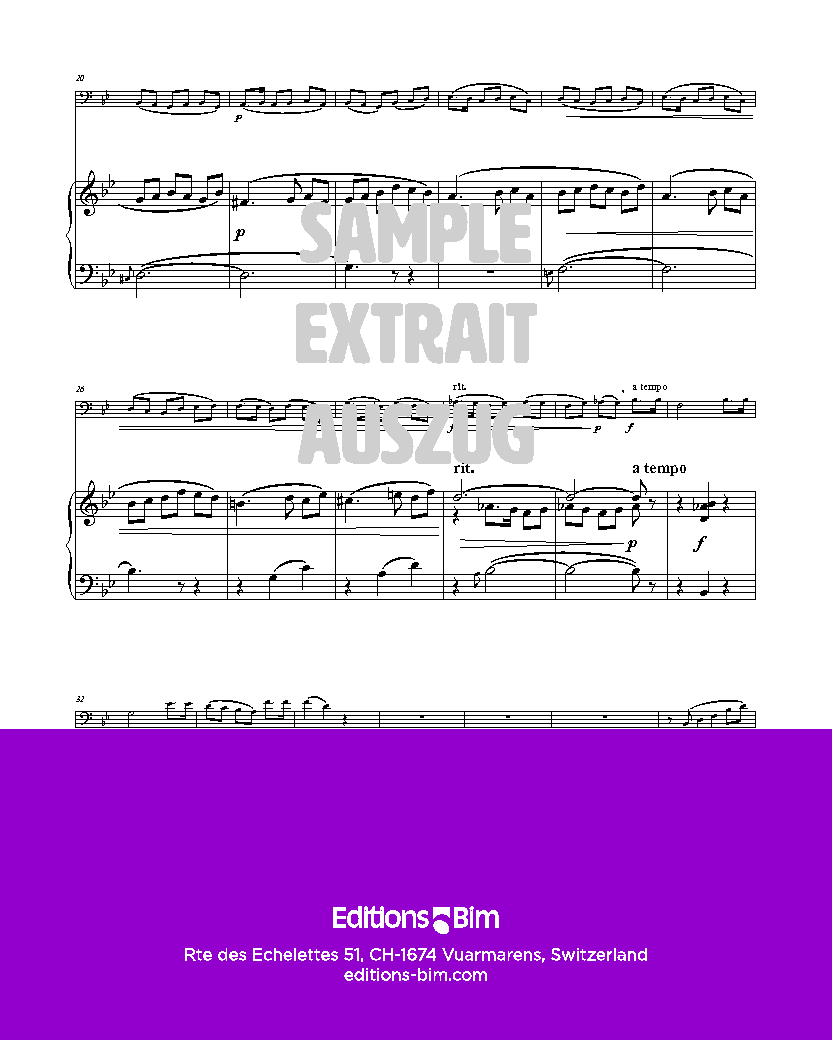 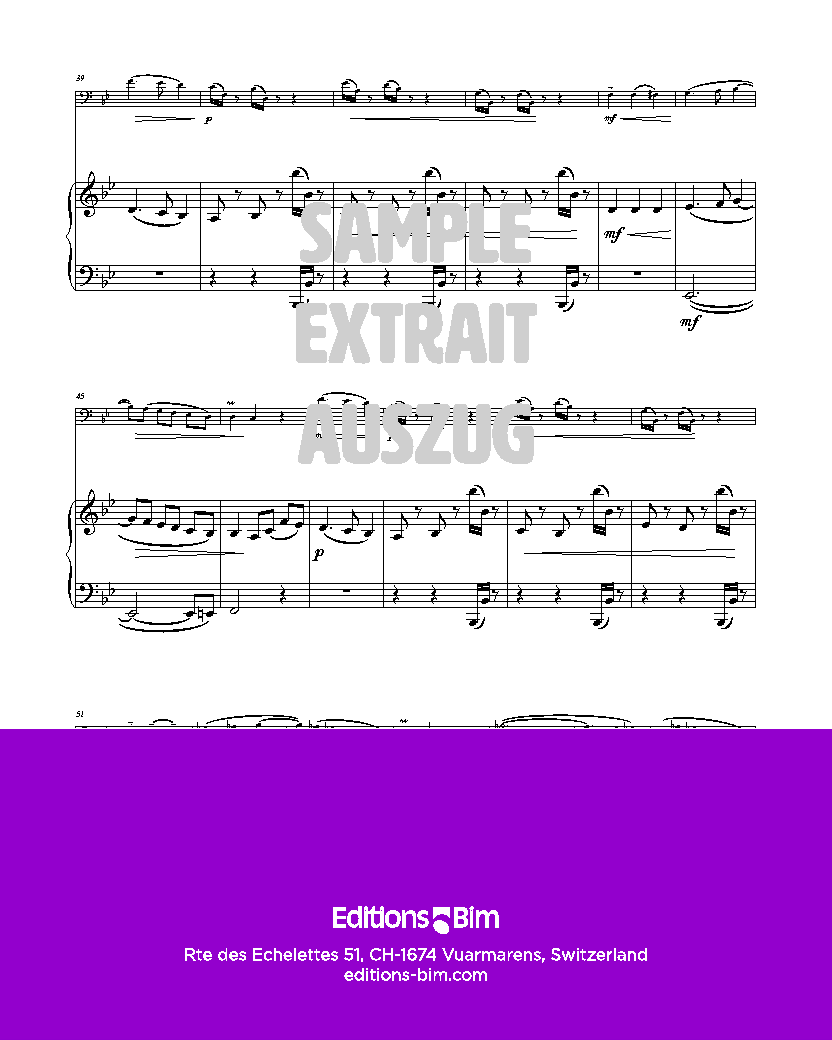 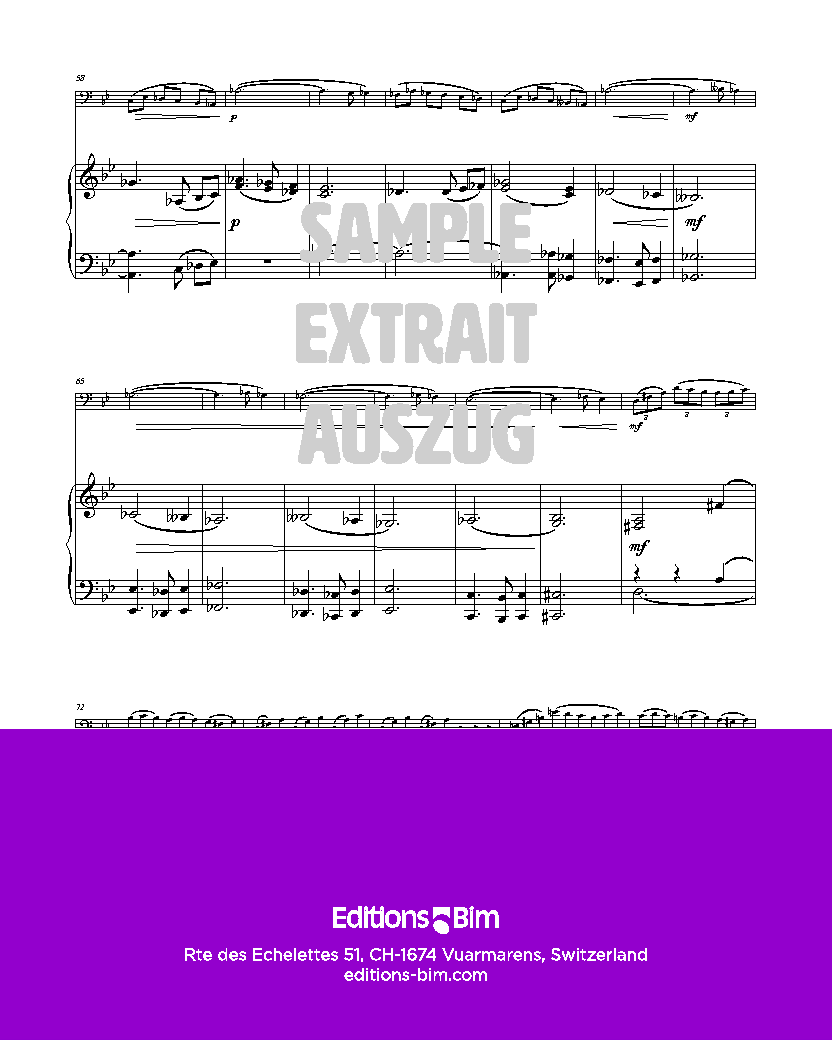 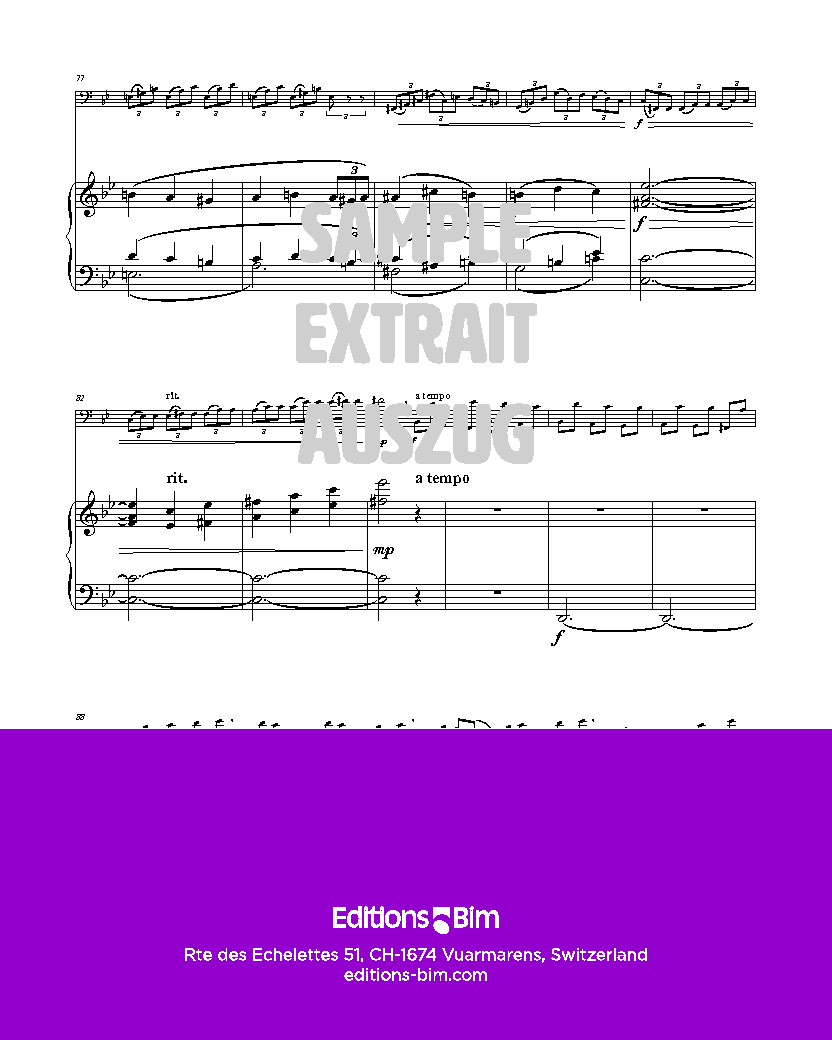 Luigi Boccherini's "Cello Concerto No. 9 in B flat major, G.482" was written around the 1770's. In 1895, the German cellist Friedrich Grützmacher created a strongly manipulated, romantic-style virtuoso arrangement that became part of the world repertoire of cellists.

It is this version that Roland Szentpali, composer and virtuoso of the tuba adapted, thus offering a spectacular and challenging masterwork to the actual virtuosi of this instrument.

This version will be orchestrated by Roland Szentpali for solo tuba, 2 oboes, 2 horns and strings in 2019 (BIM TU204b-c).

Copyright: : ©2018
Select a Product
My Library
What is My Library?
Powered by Rating-System.com
Share this title