Creatures of the Night Sky 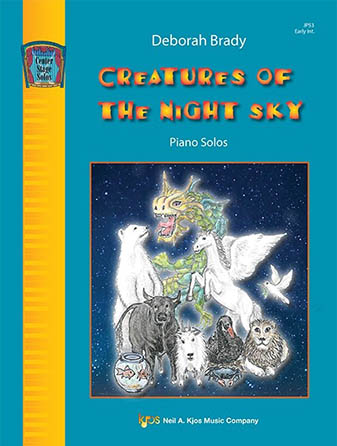 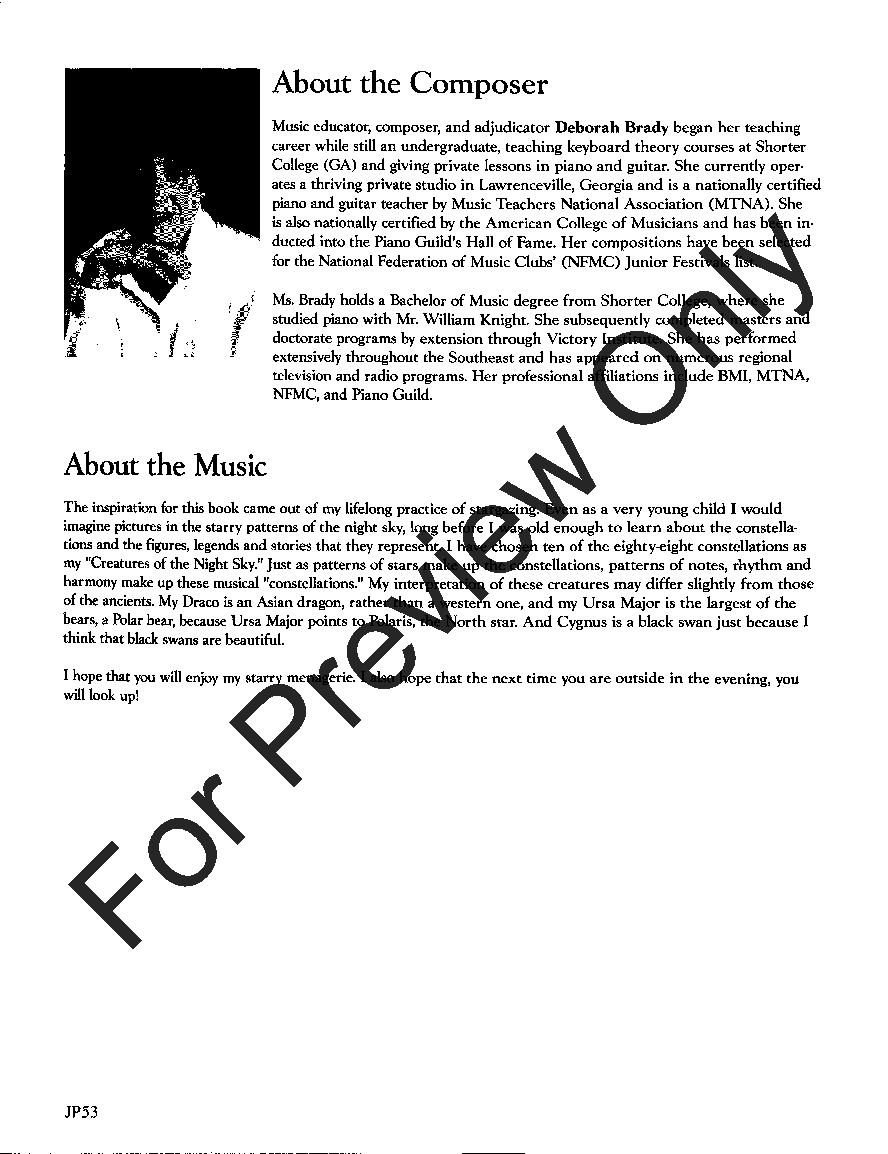 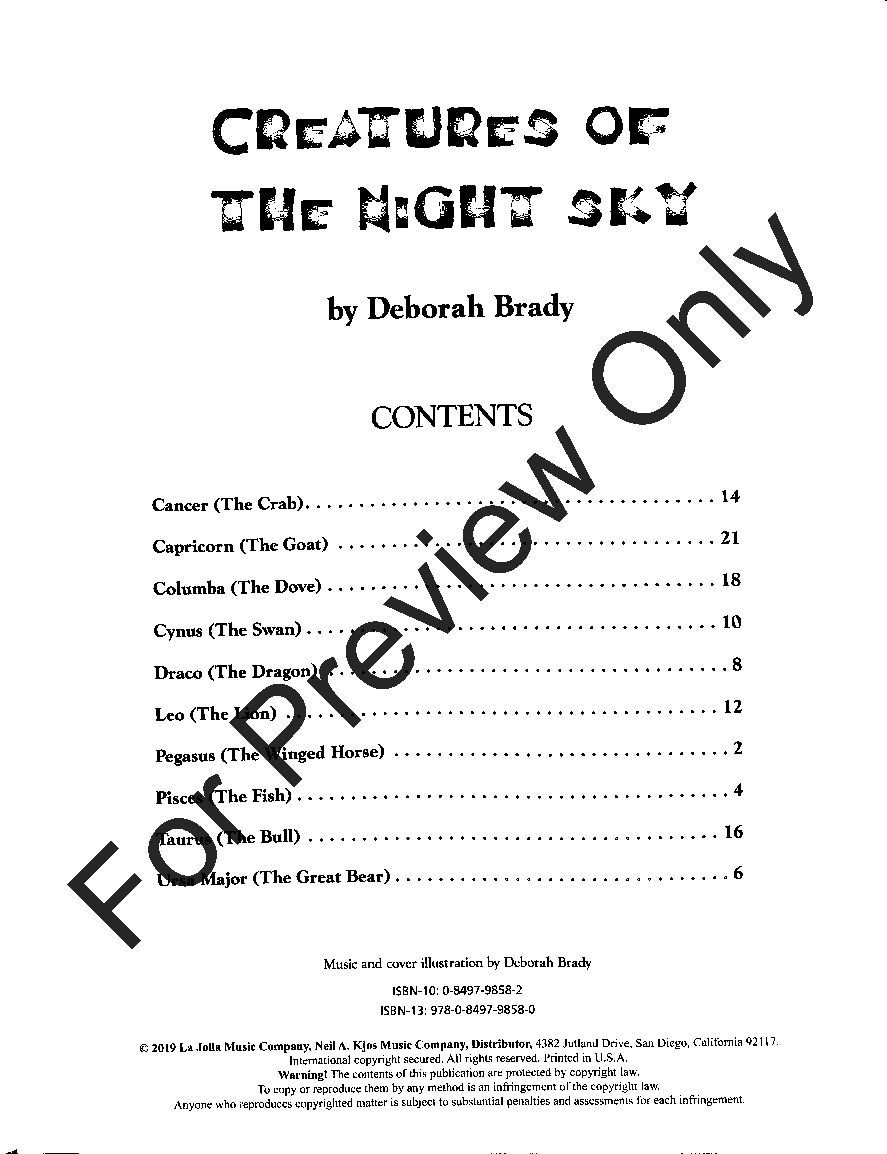 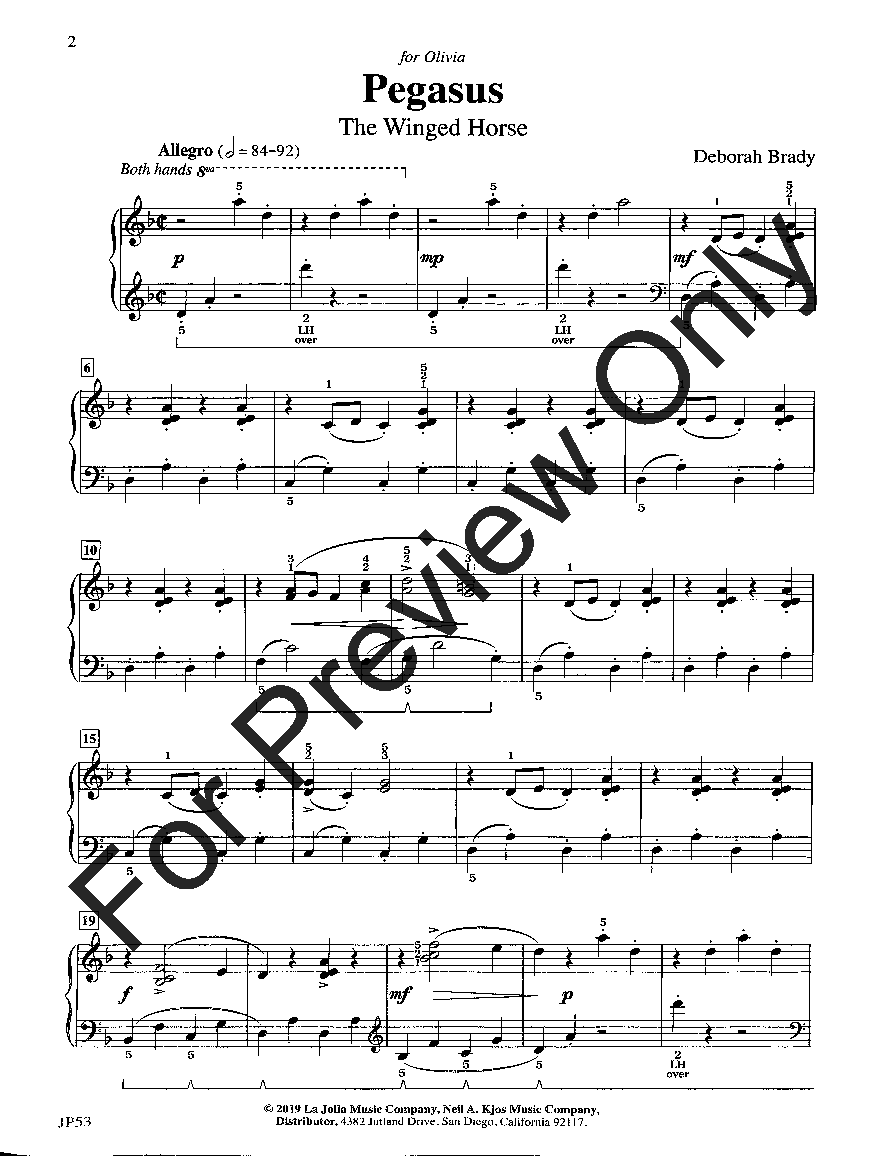 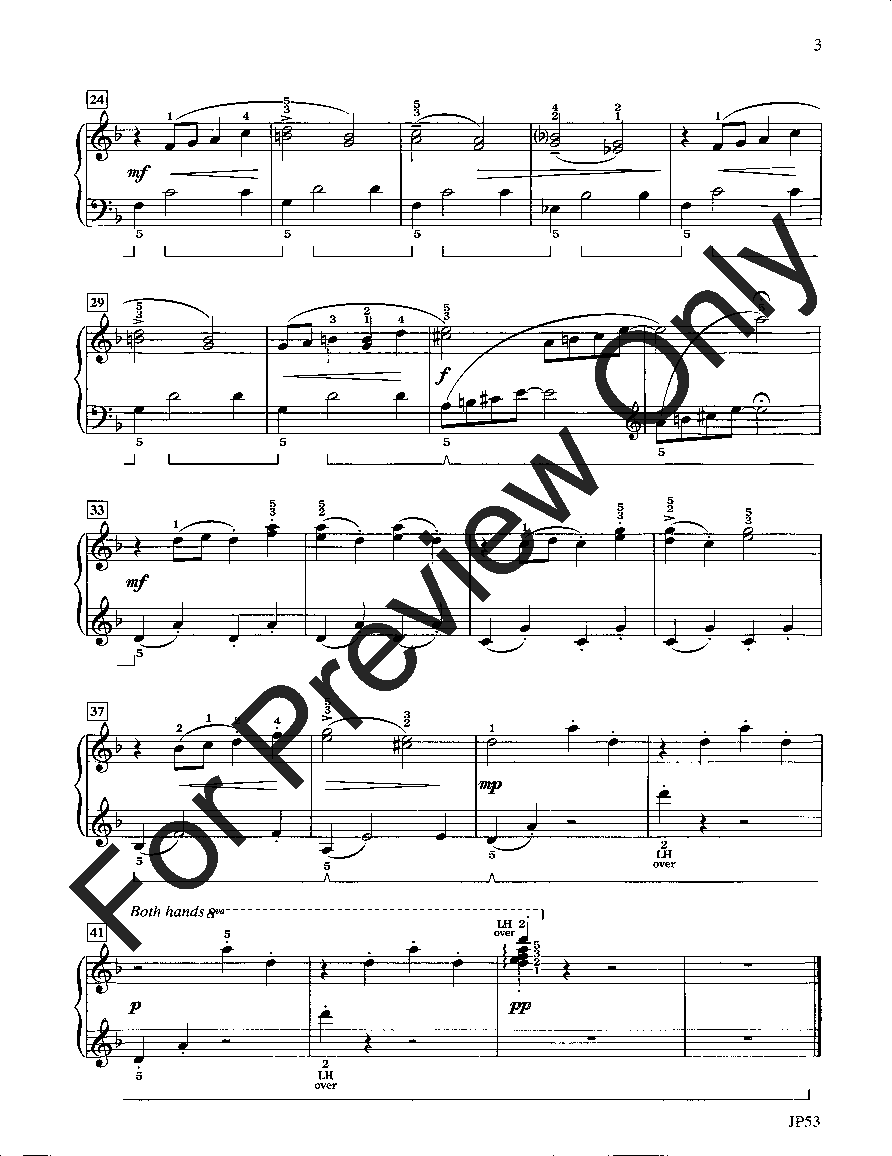 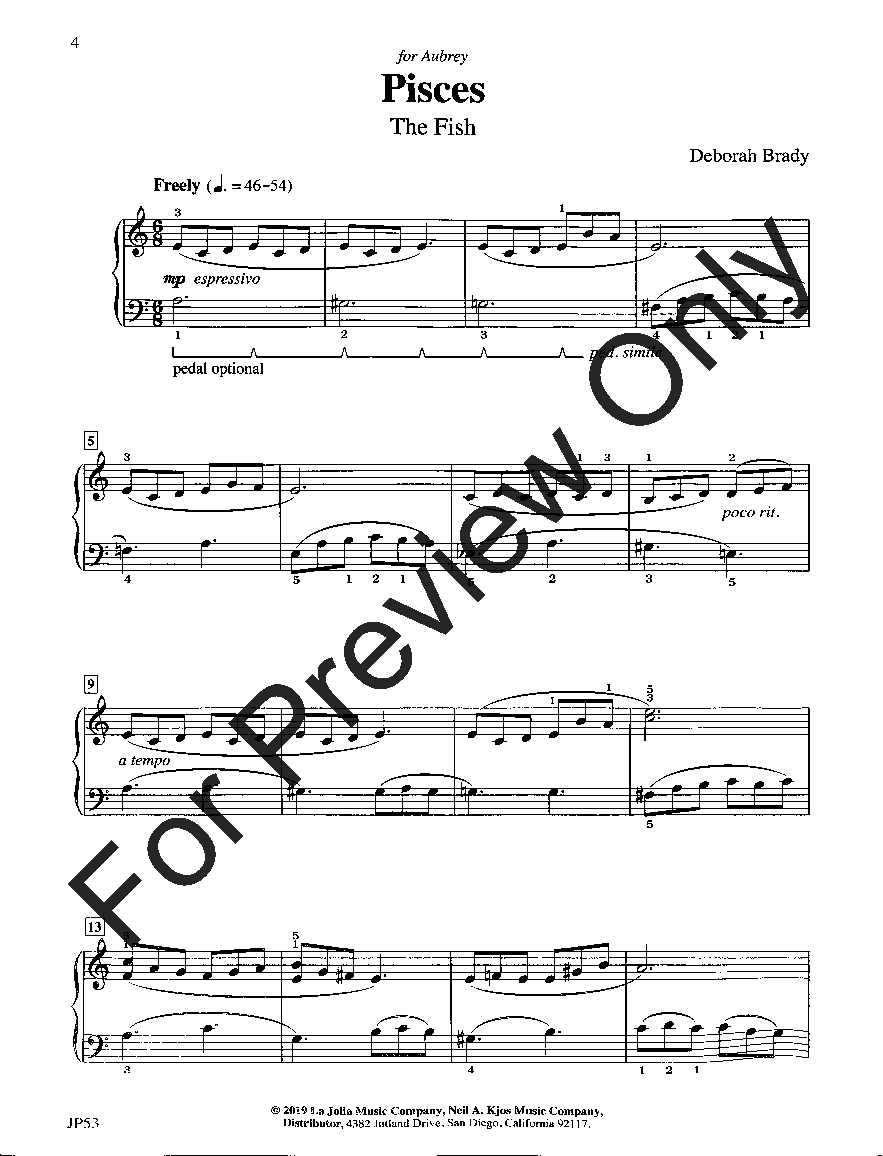 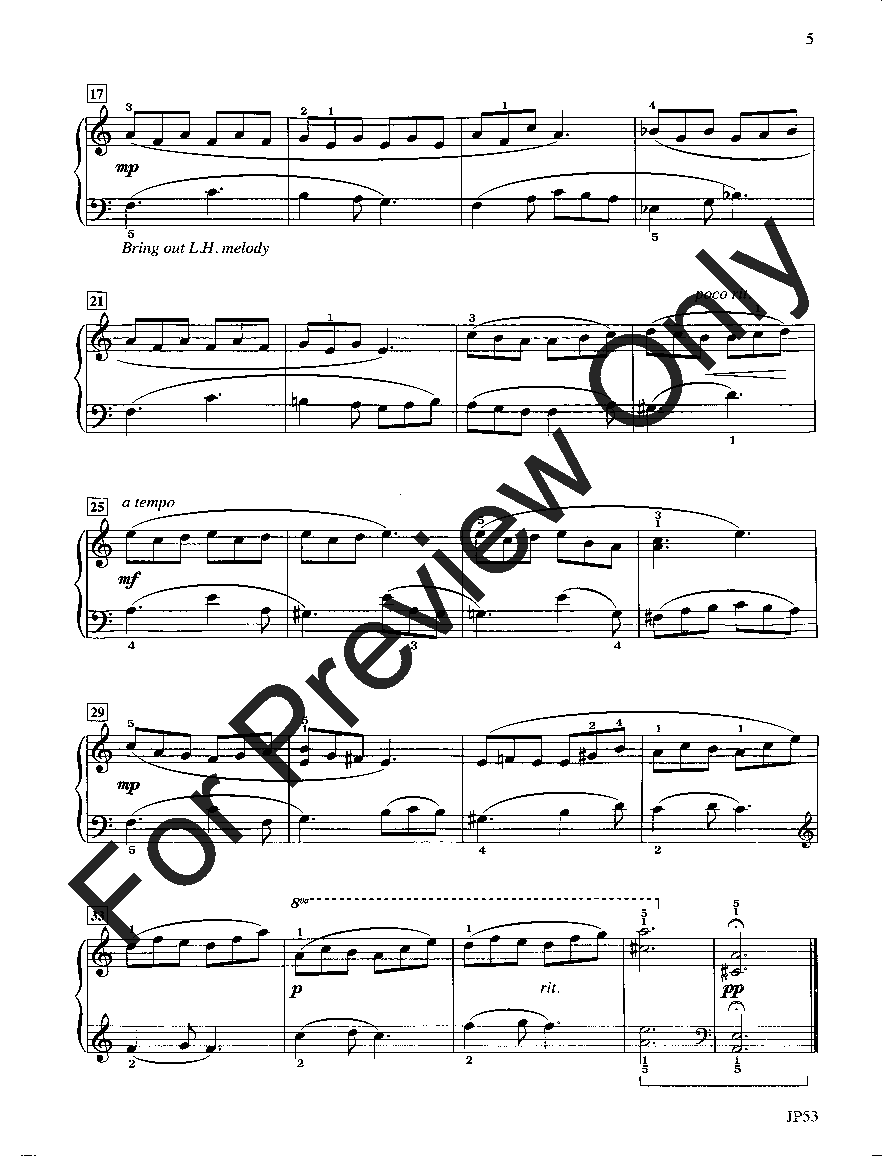 Creatures of the Night Sky

The inspiration for this book came out of the composer's lifelong practice of stargazing. Even as a young child she would imagine pictures in the starry patterns of the night sky, long before she was old enough to learn about the constellations and the figures and the legends and stories that they represent. Just as patterns of stars make up the constellations, patterns of notes, rhythm and harmony make these musical "constellations." The composer’s interpretation of these creatures may differ slightly from those of the ancients. Draco is an Asian dragon, rather than a Western one. Ursa Major is the largest of the bears, a polar bear, because Ursa Major points to Polaris, the north star. Cygnus is a black swan. Enjoy this starry menagerie and keeping look up at the night sky!