Do Not Stand at My Grave and Weep
James W. Knox - Knoxmusic, James Knox 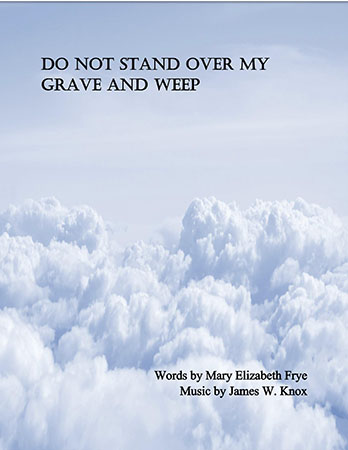 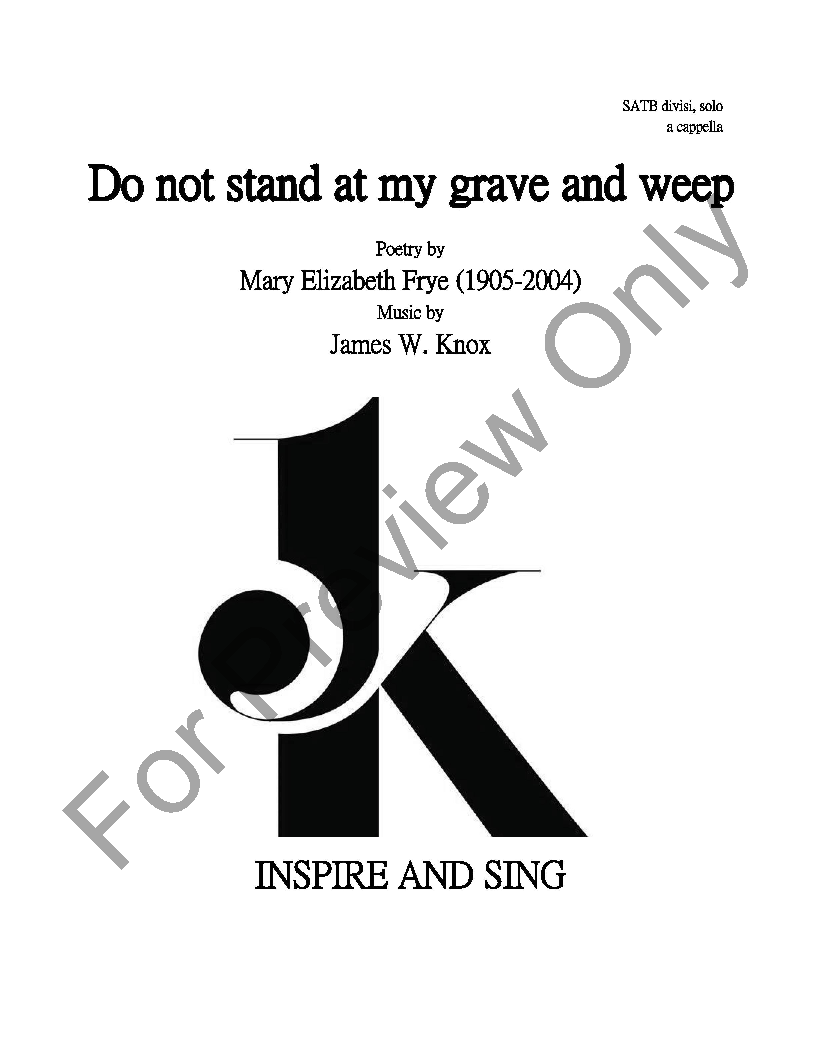 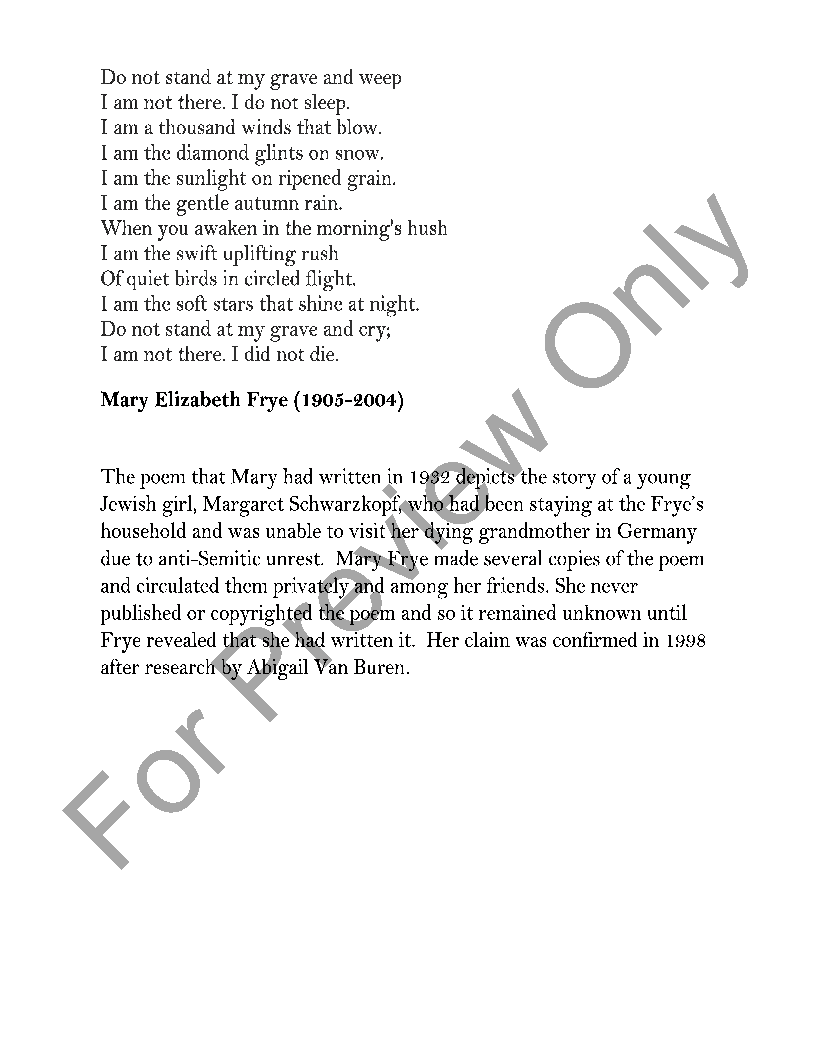 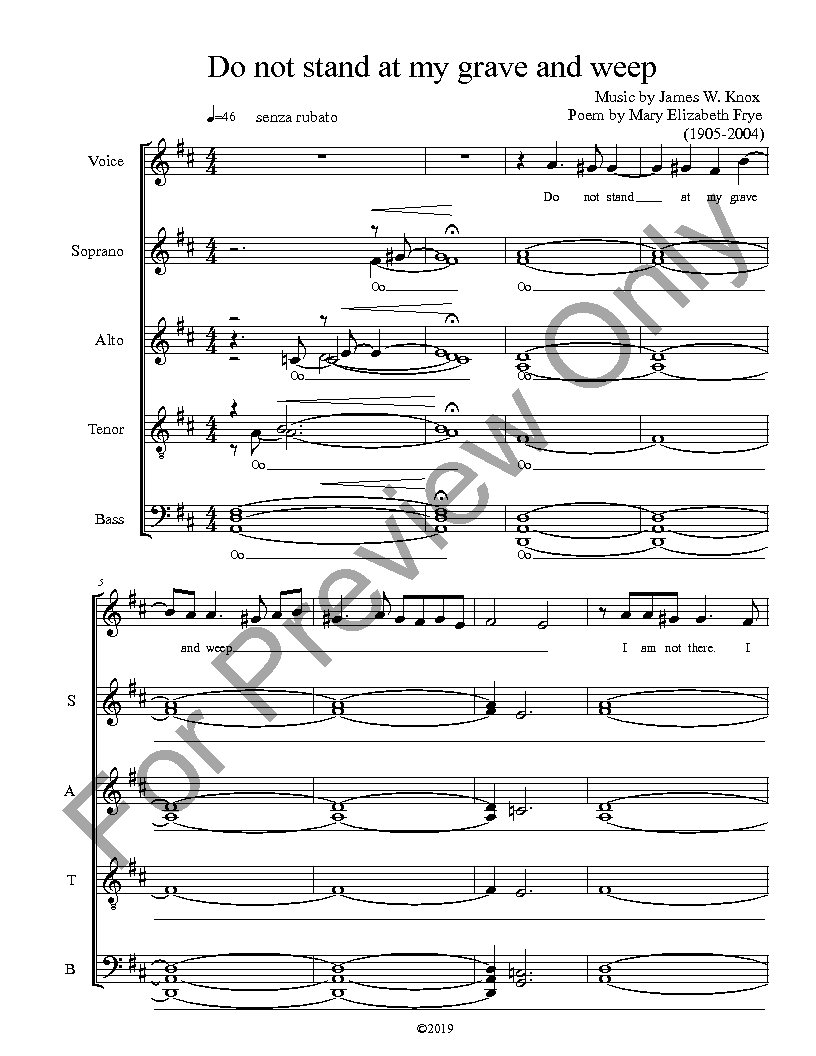 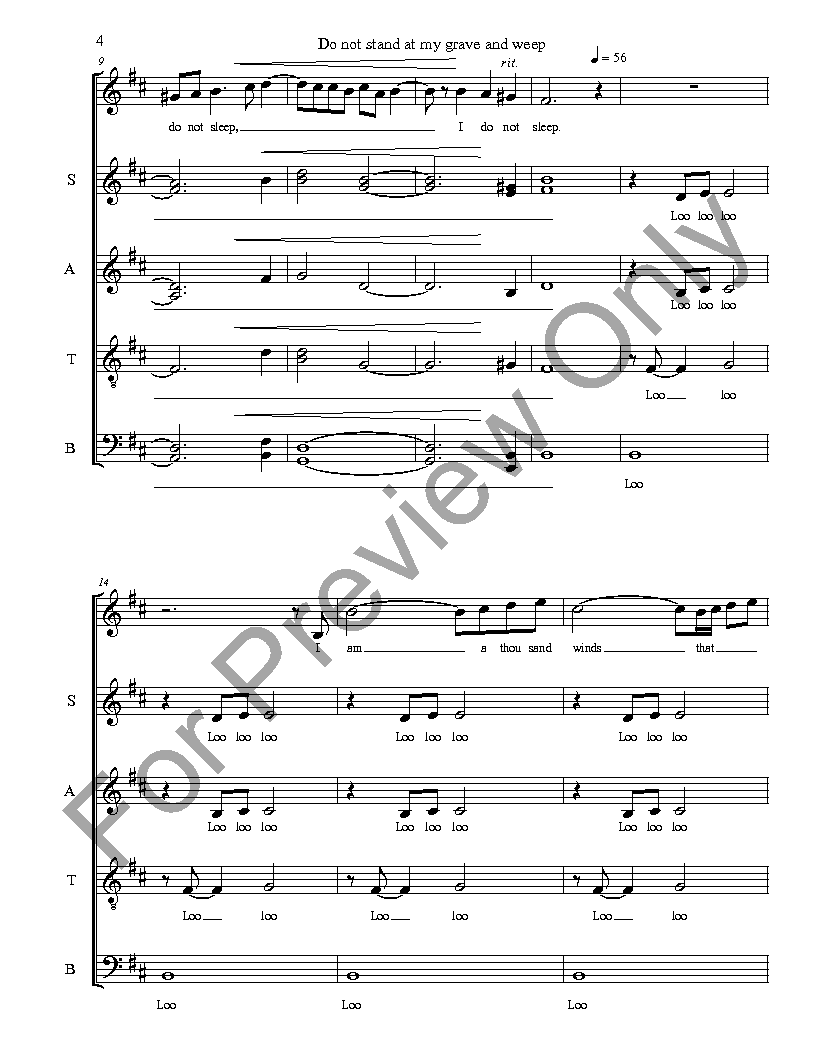 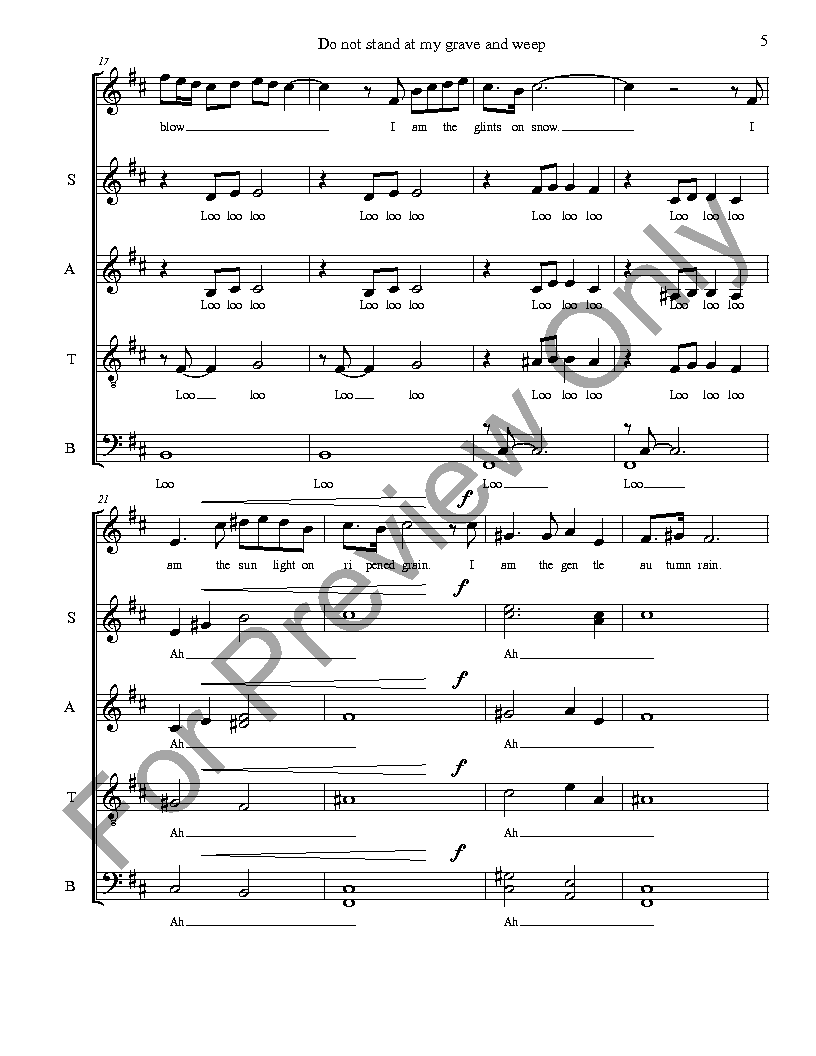 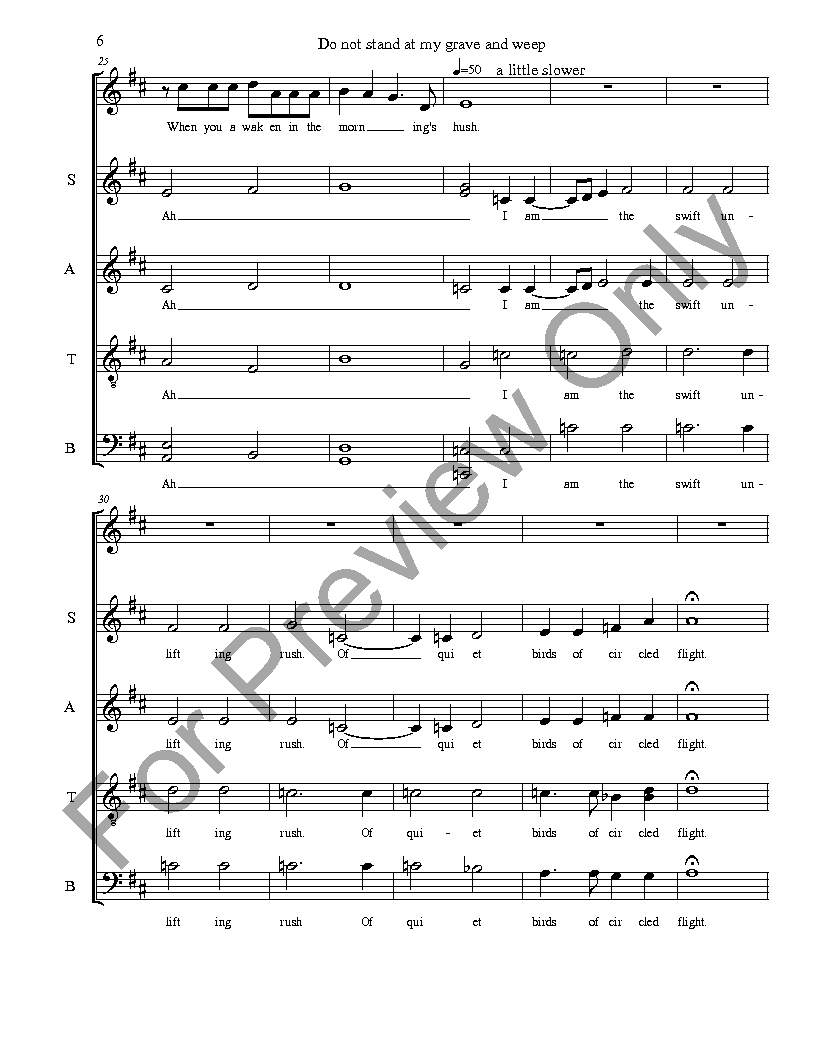 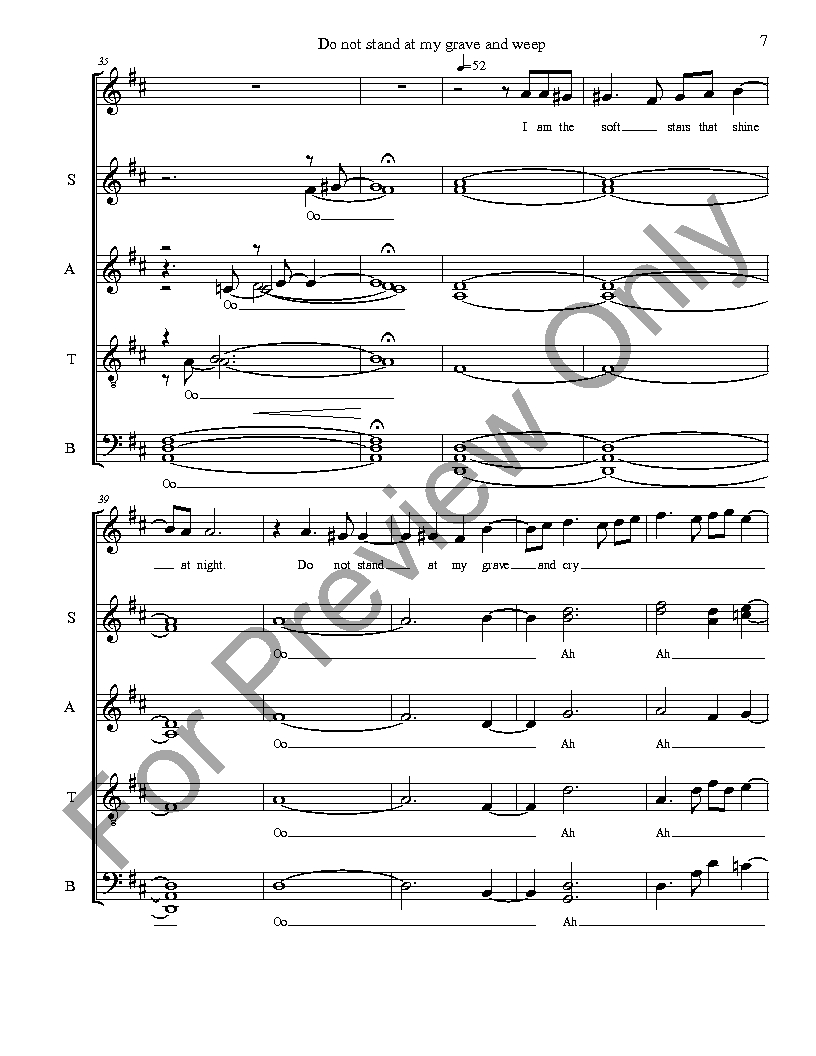 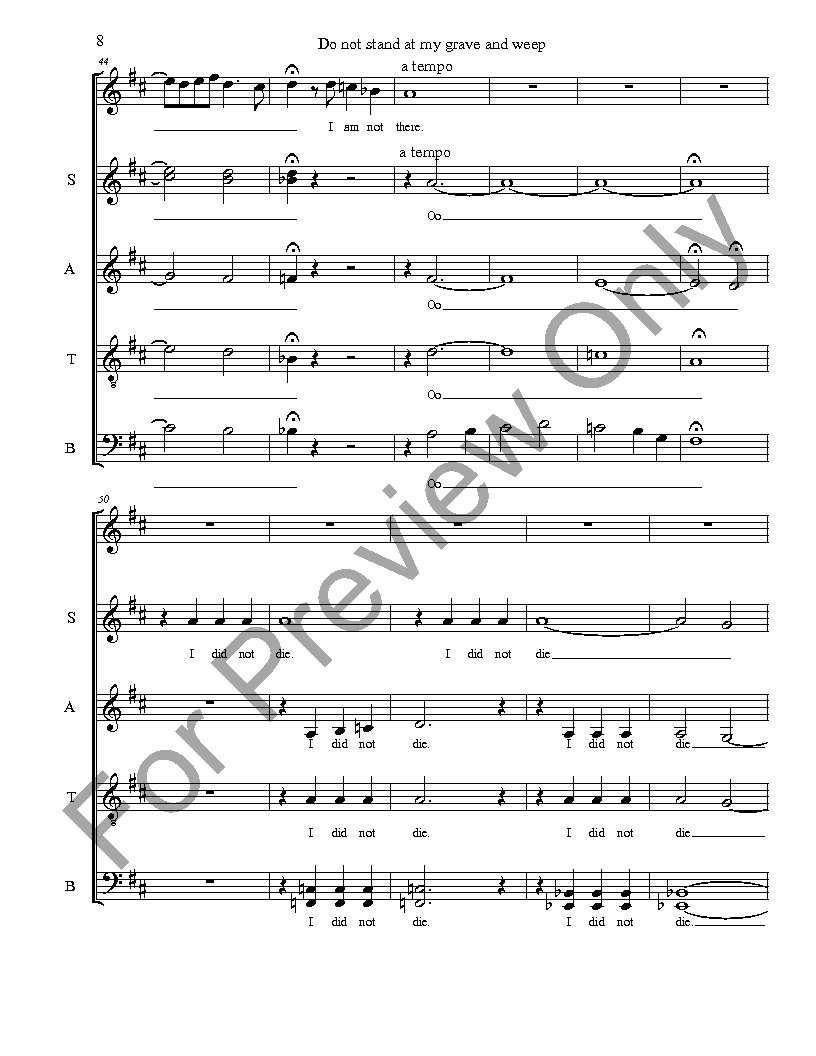 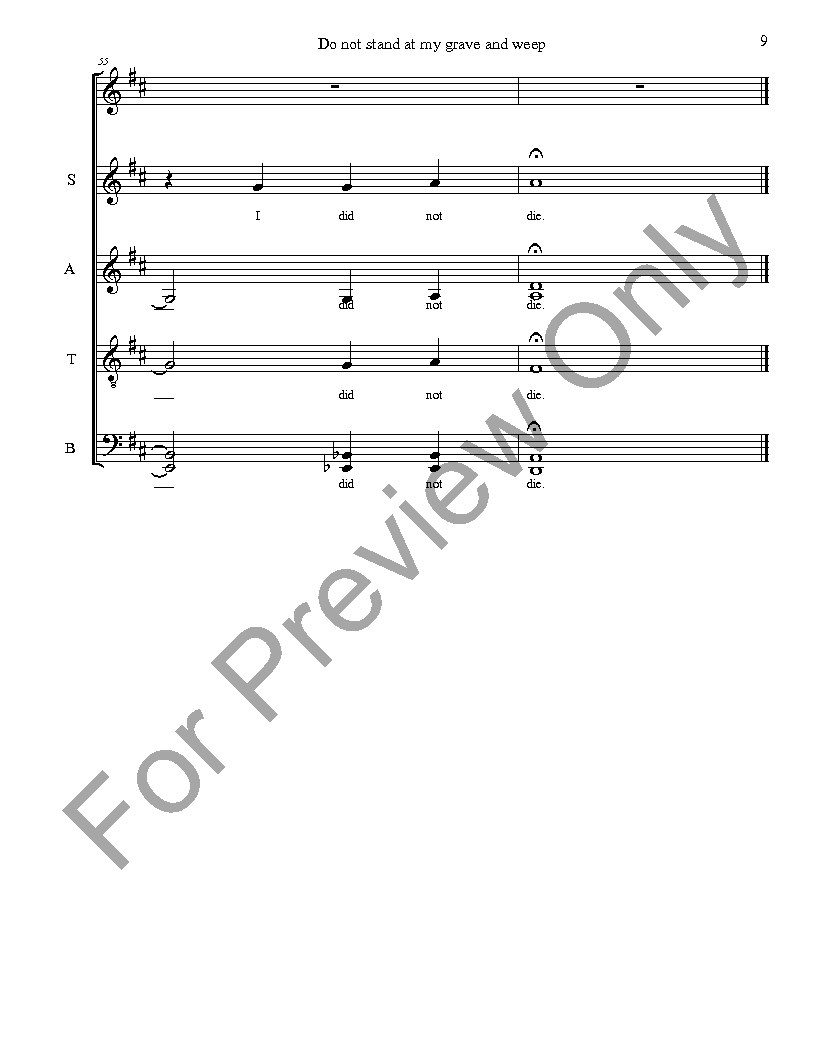 Do Not Stand at My Grave and Weep
James W. Knox - Knoxmusic, James Knox
Click to review

Publisher Desc.  Mary Elizabeth Frye (1905-2004) The poem that Mary had written in 1932 depicts the story of a young Jewish girl, Margaret Schwarzkopf, who had been staying at the Frye's household and was unable to visit her dying grandmother in Germany due to anti-Semitic unrest. Mary Frye made several copies of the poem and circulated them privately and among her friends. She never published or copyrighted the poem and so it remained unknown until Frye revealed that she had written it. Her claim was confirmed in 1998 after research by Abigail Van Buren. SATB divisi a cappella.
Select a Product
My Library
What is My Library?
Powered by Rating-System.com
Share this title