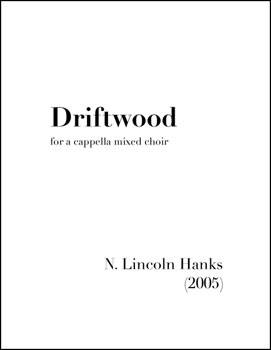 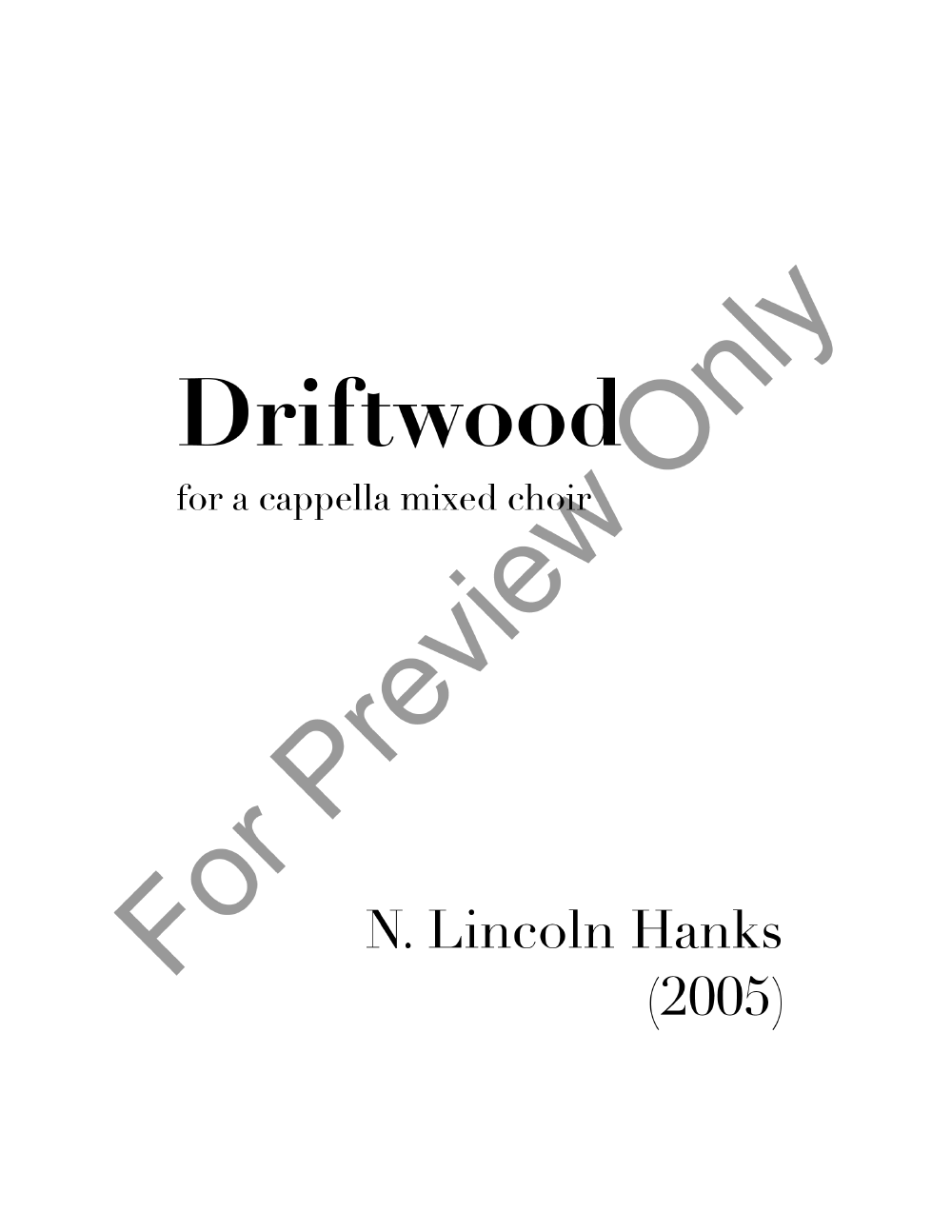 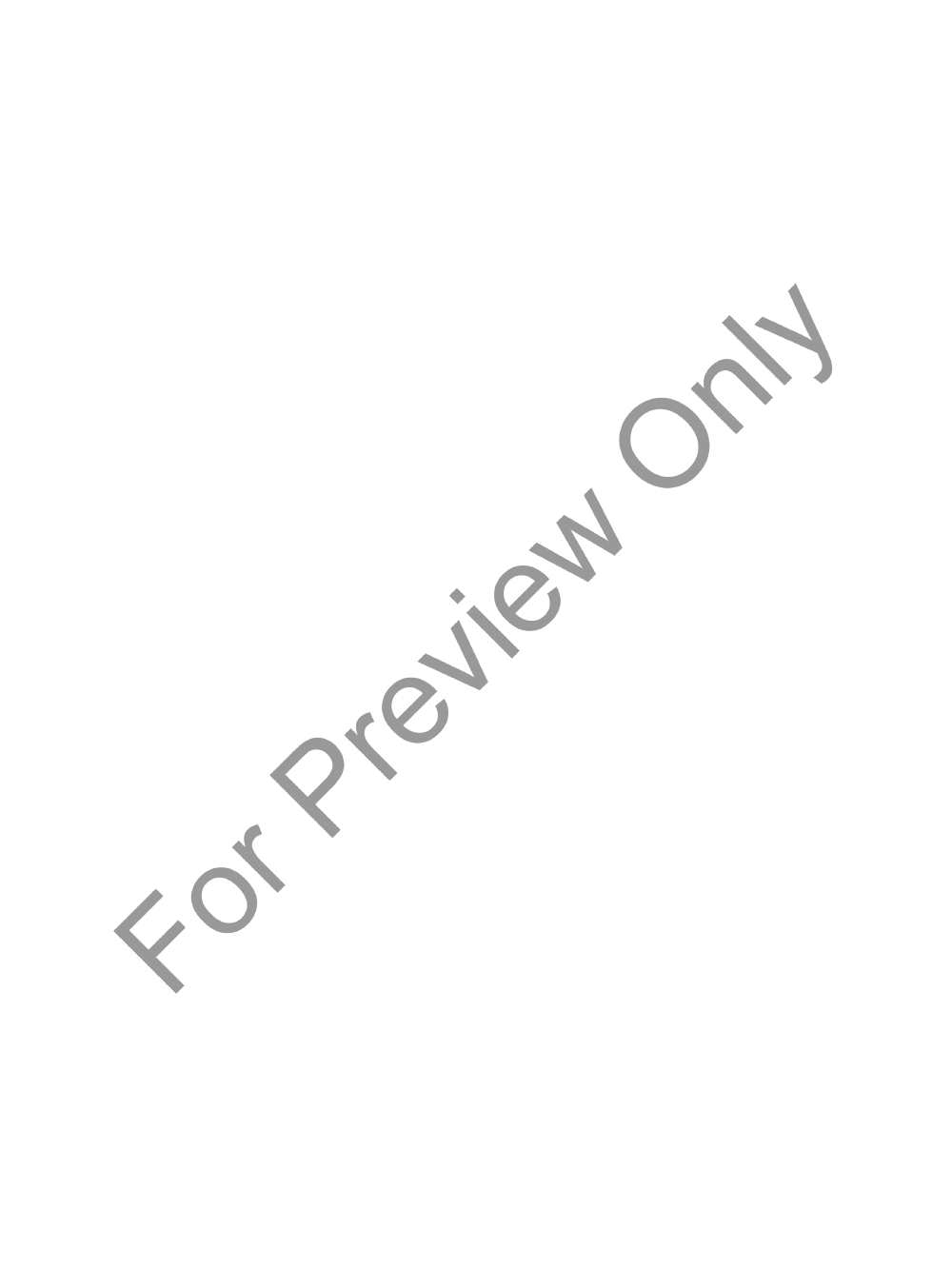 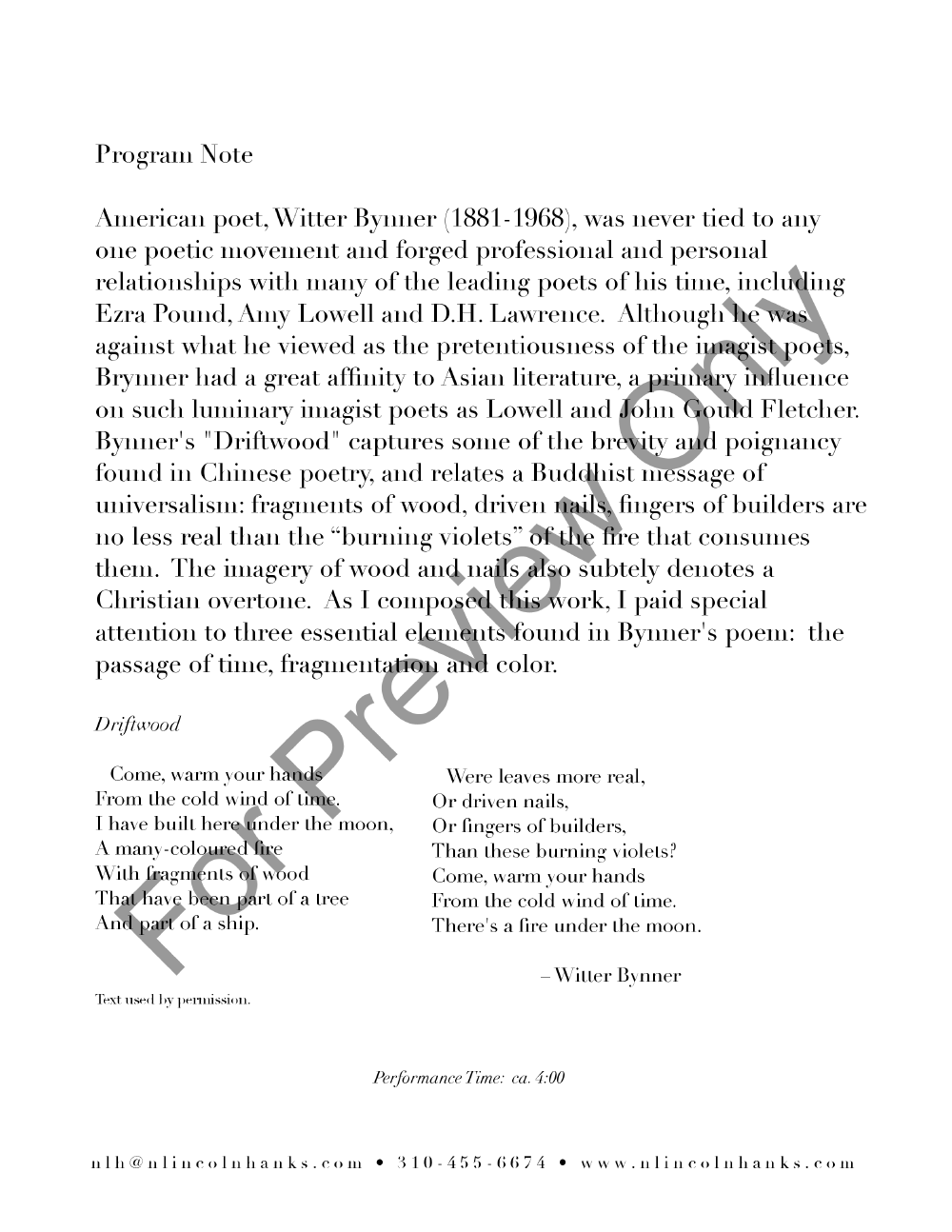 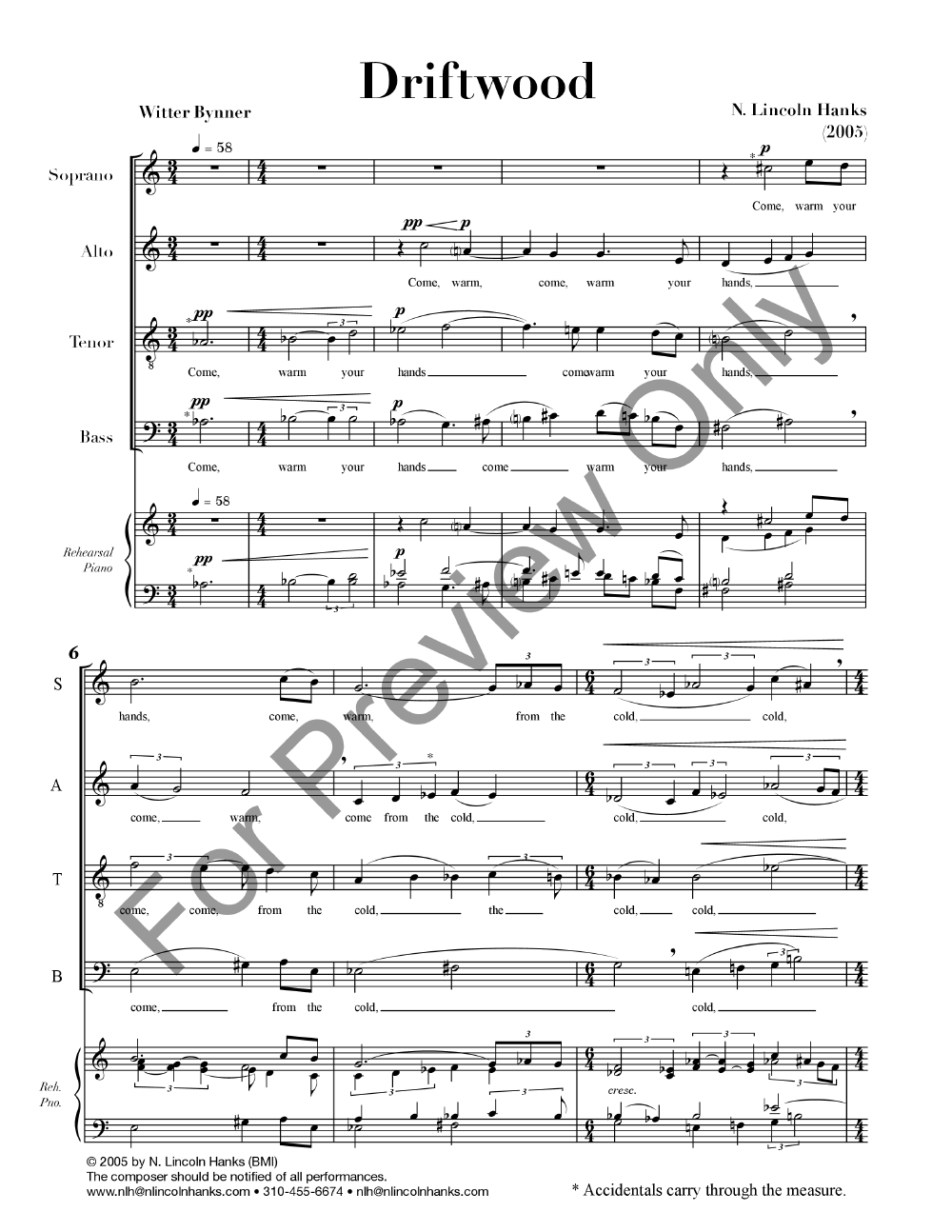 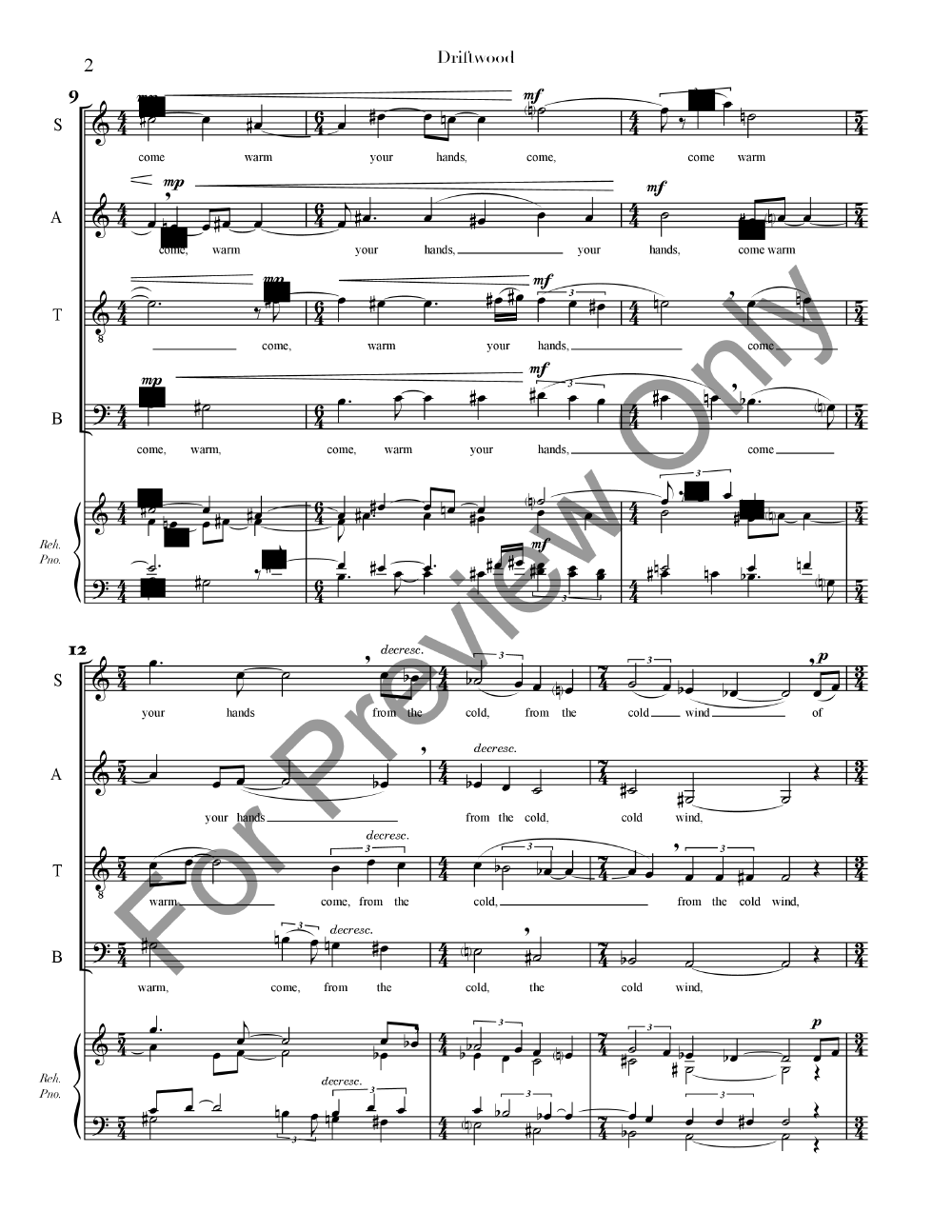 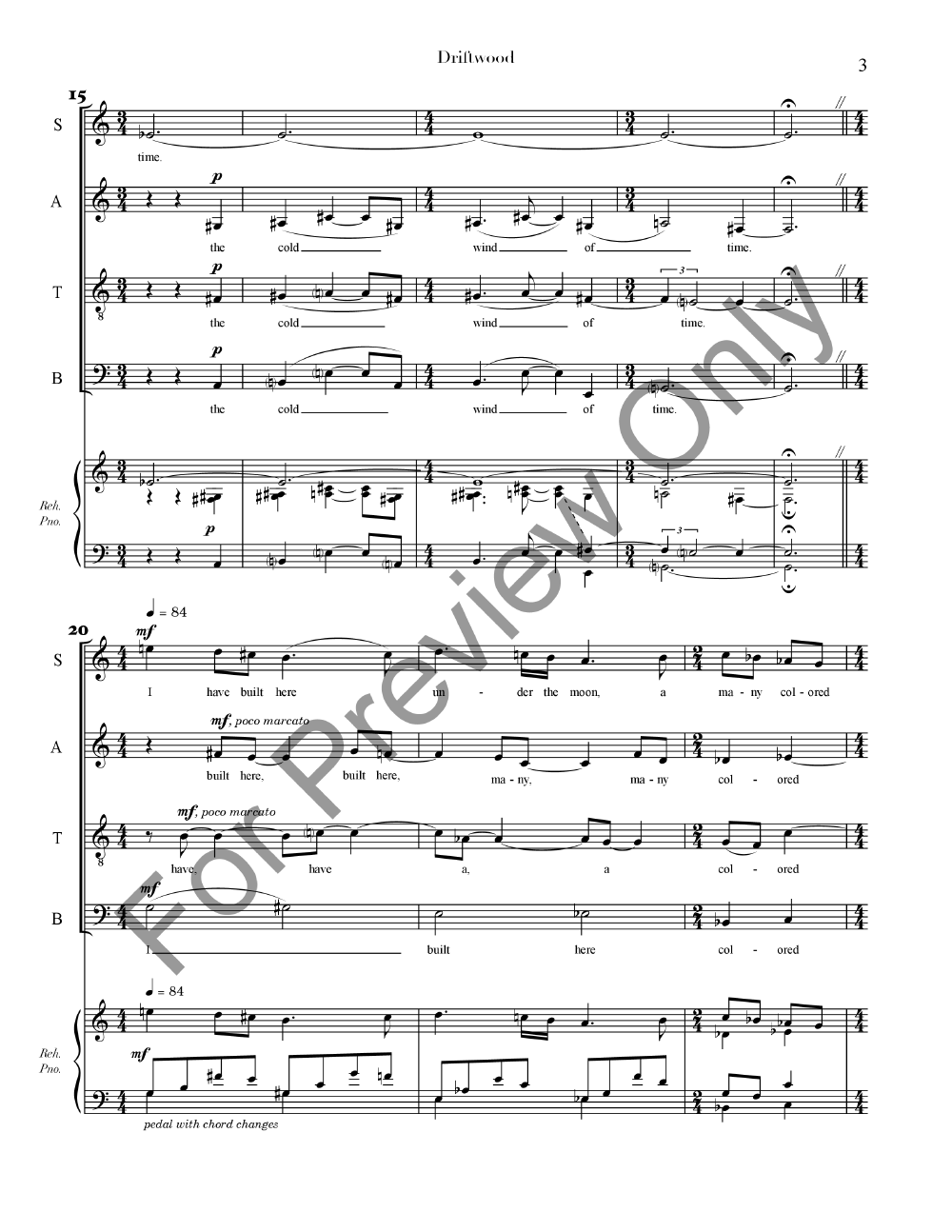 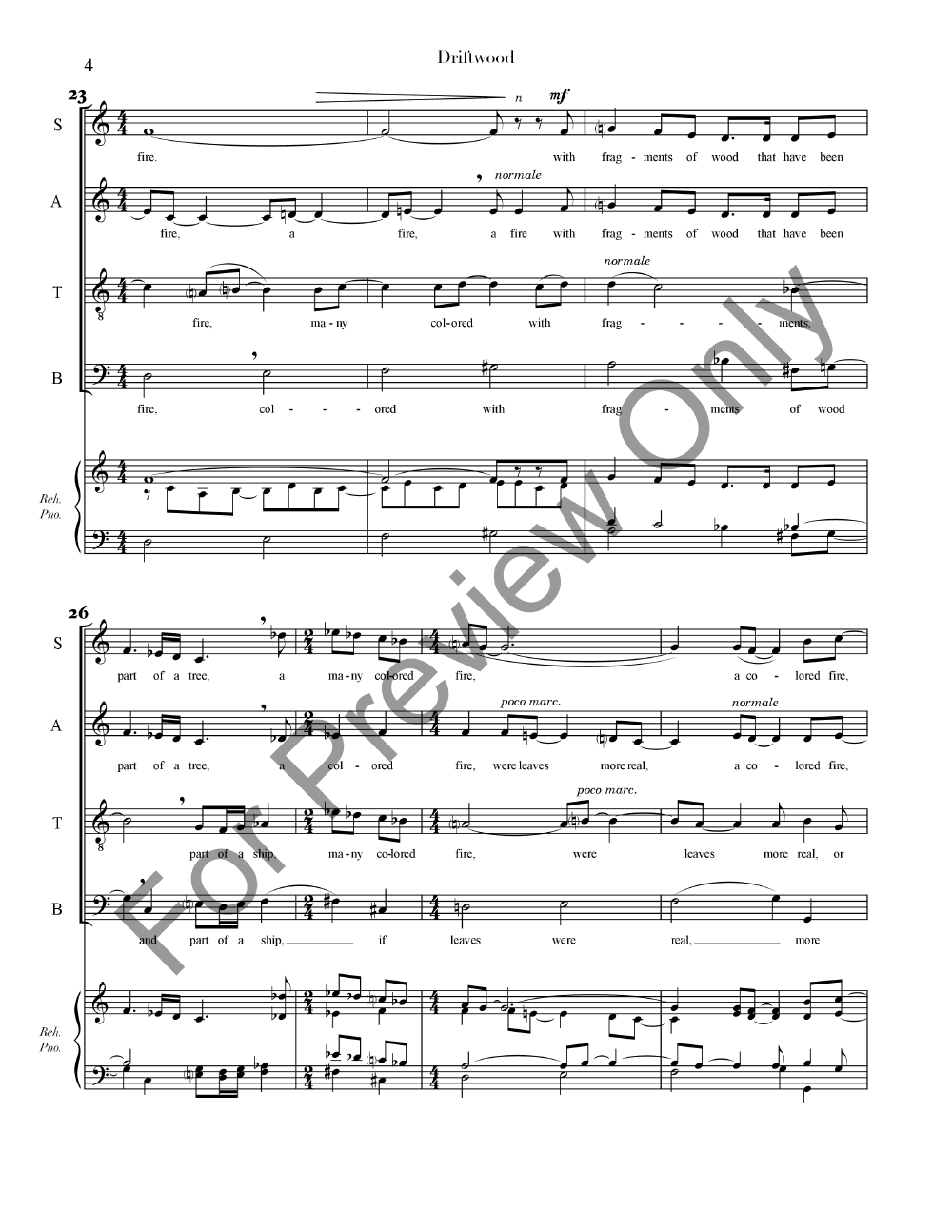 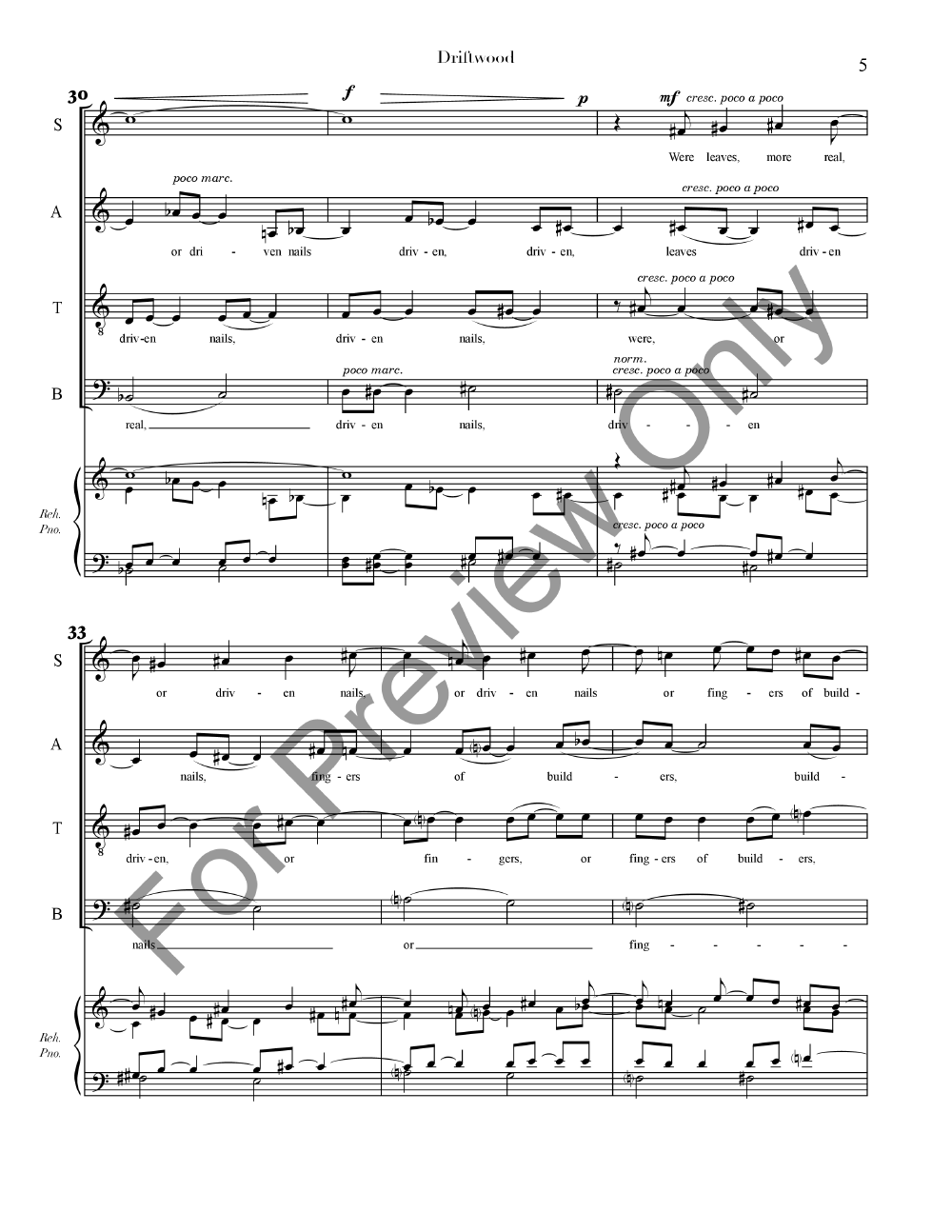 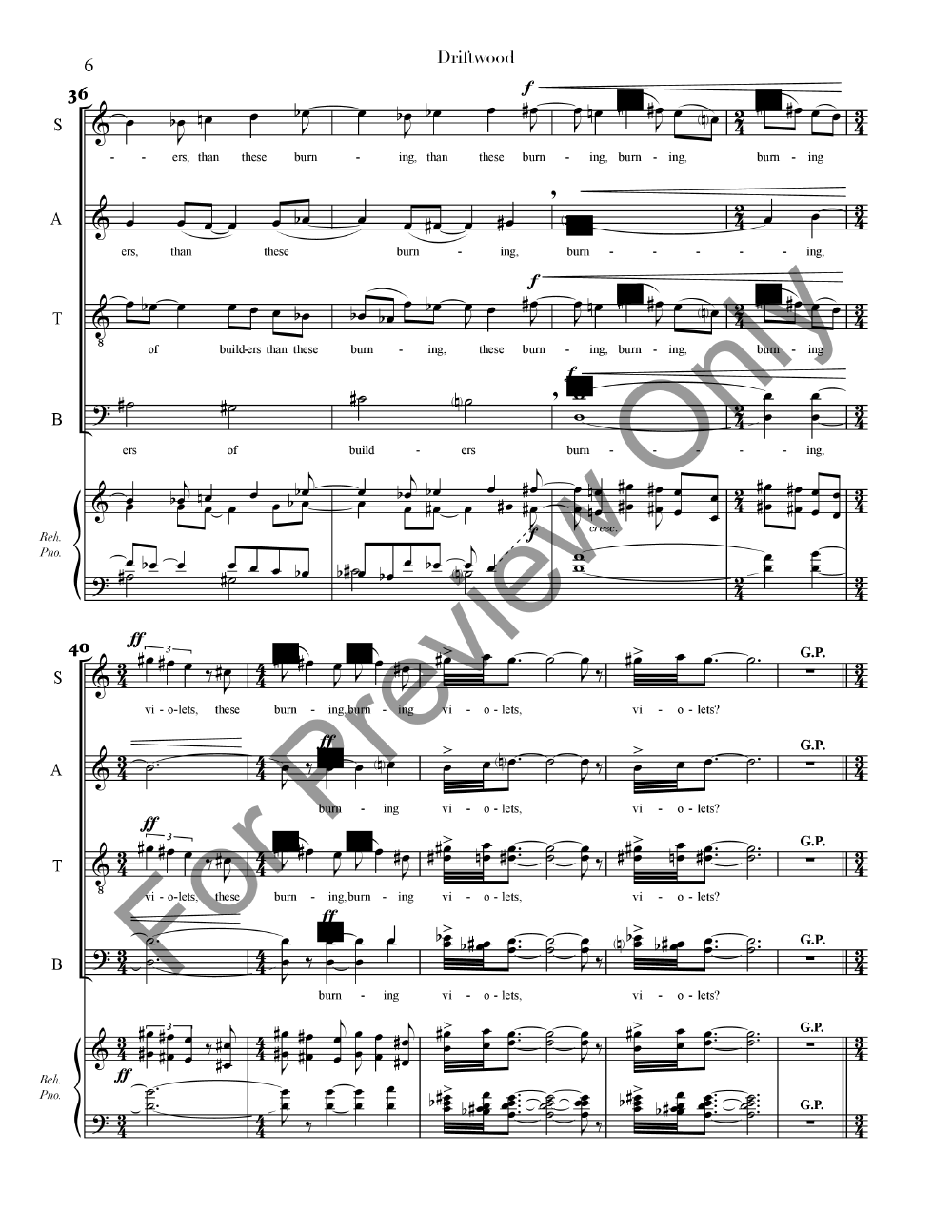 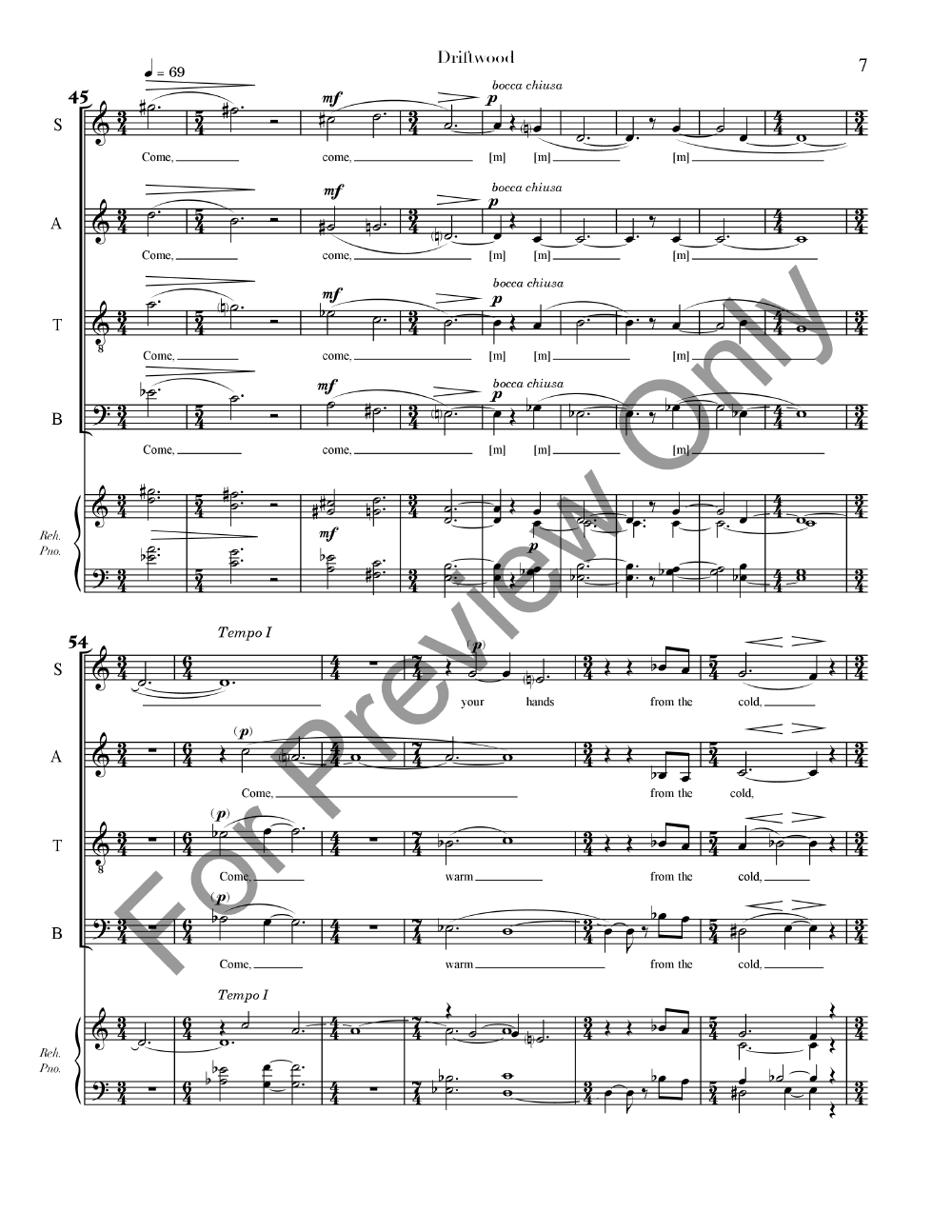 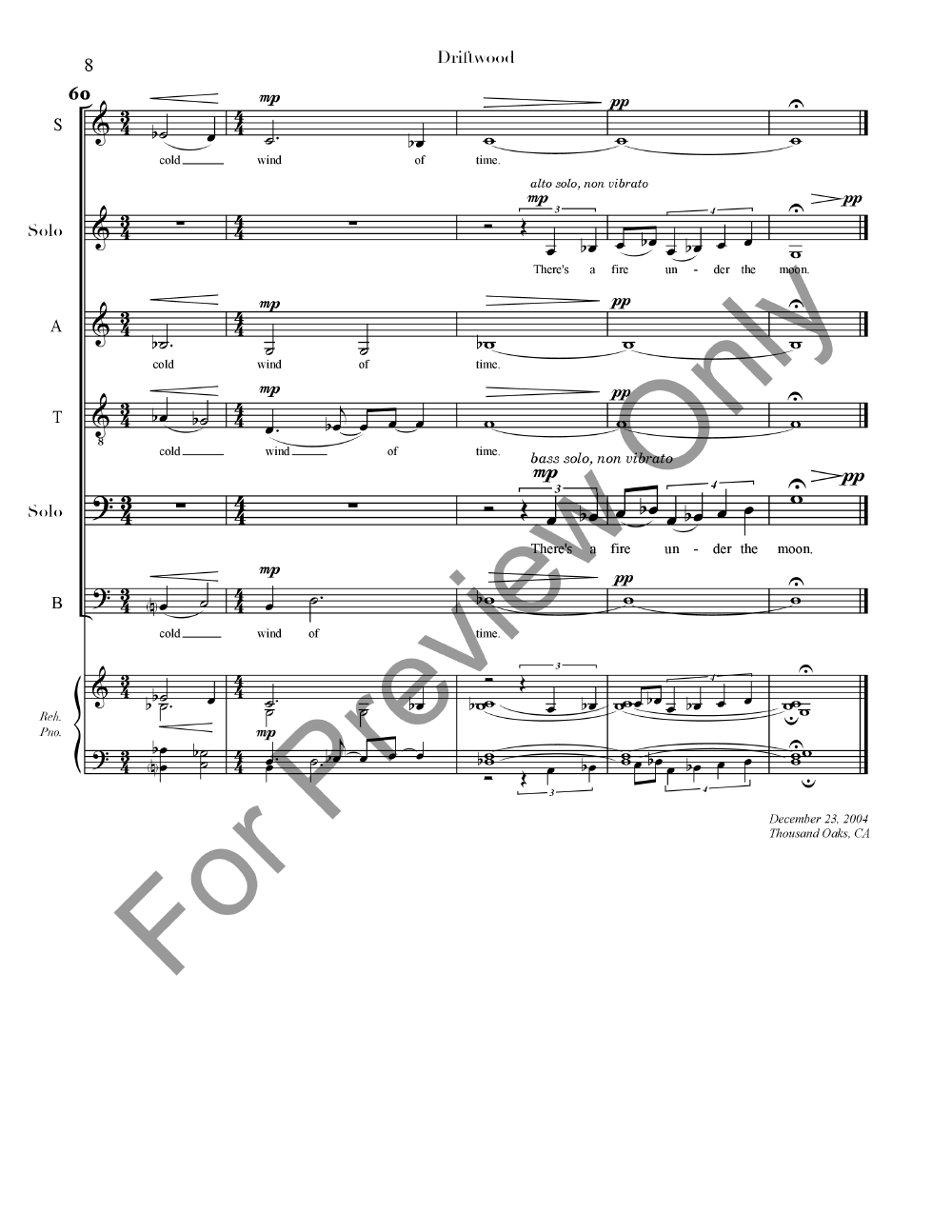 American poet, Witter Bynner (1881-1968), was never tied to any one poetic movement and forged professional and personal relationships with many of the leading poets of his time, including Ezra Pound, Amy Lowell and D.H. Lawrence. Although he was against what he viewed as the pretentiousness of the imagist poets, Brynner had a great affinity to Asian literature, a primary influence on such luminary imagist poets as Lowell and John Gould Fletcher. Bynner's "Driftwood" captures some of the brevity and poignancy found in Chinese poetry, and relates a Buddhist message of universalism: fragments of wood, driven nails, fingers of builders are no less real than the “burning violets” of the fire that consumes them. The imagery of wood and nails also subtely denotes a Christian overtone. As I composed this work, I paid special attention to three essential elements found in Bynner's poem: the passage of time, fragmentation and color.