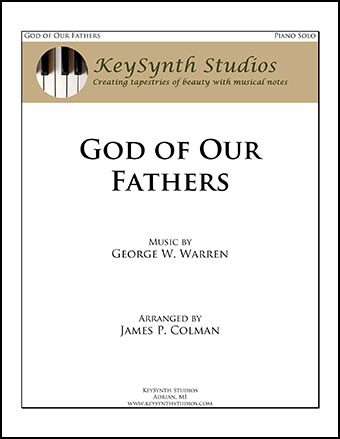 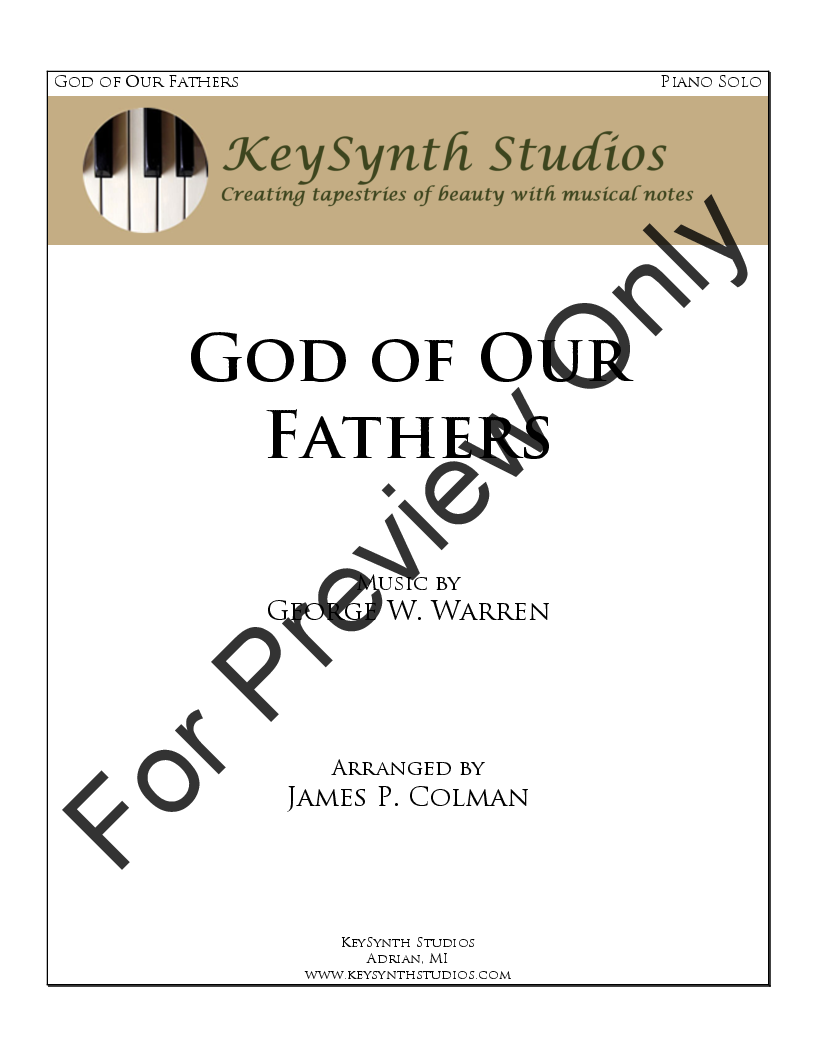 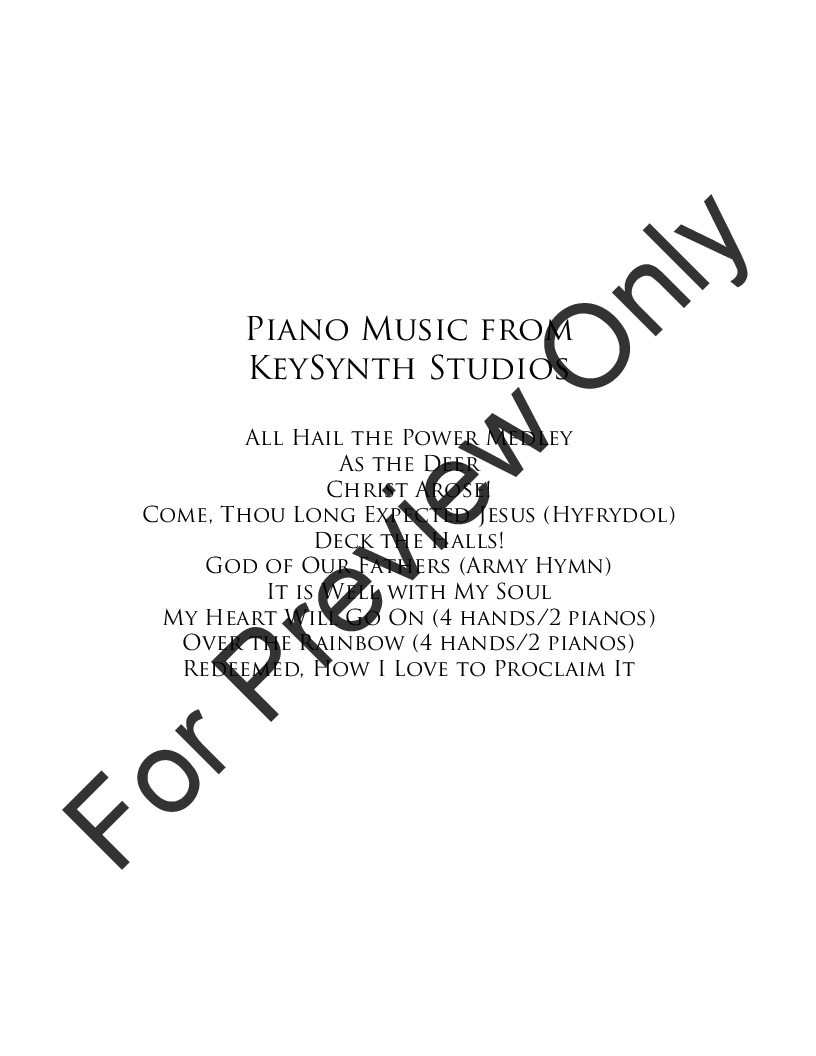 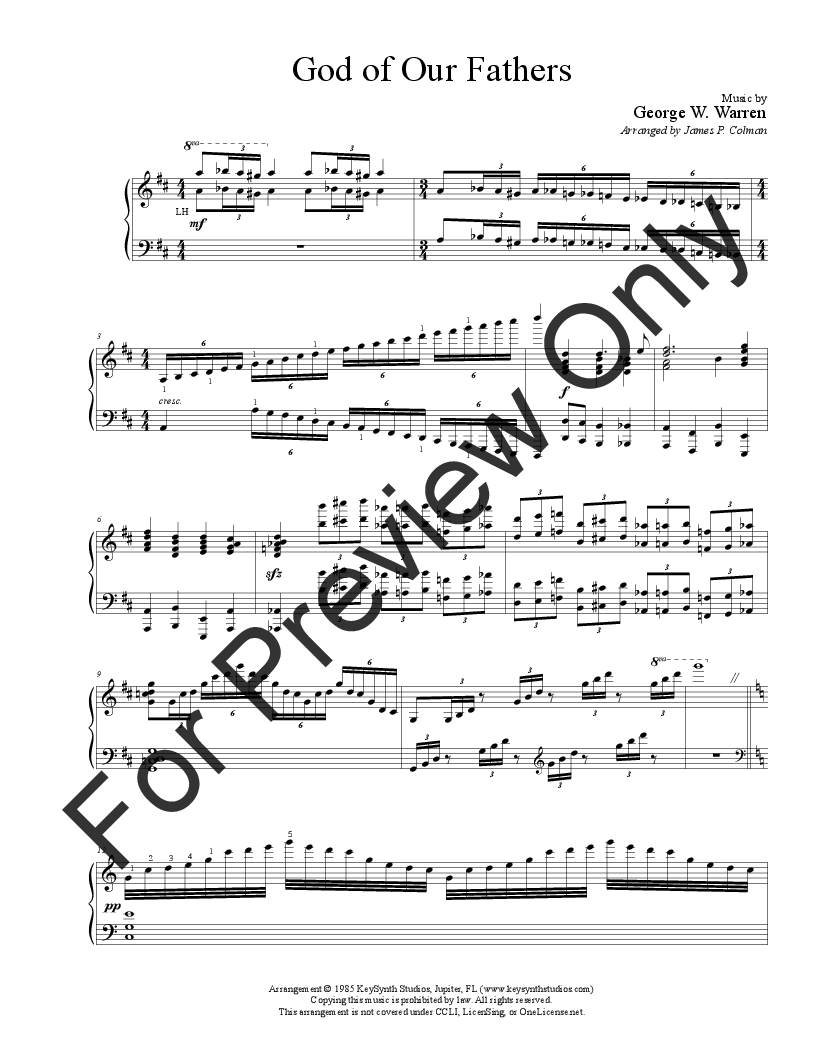 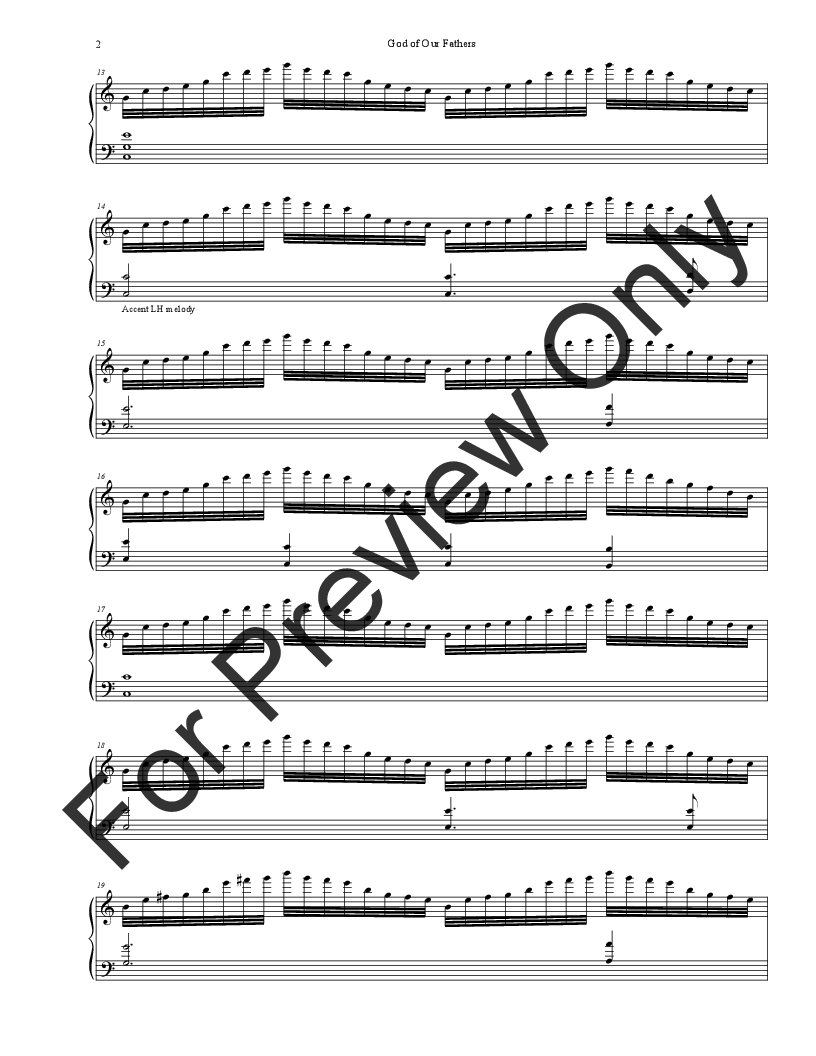 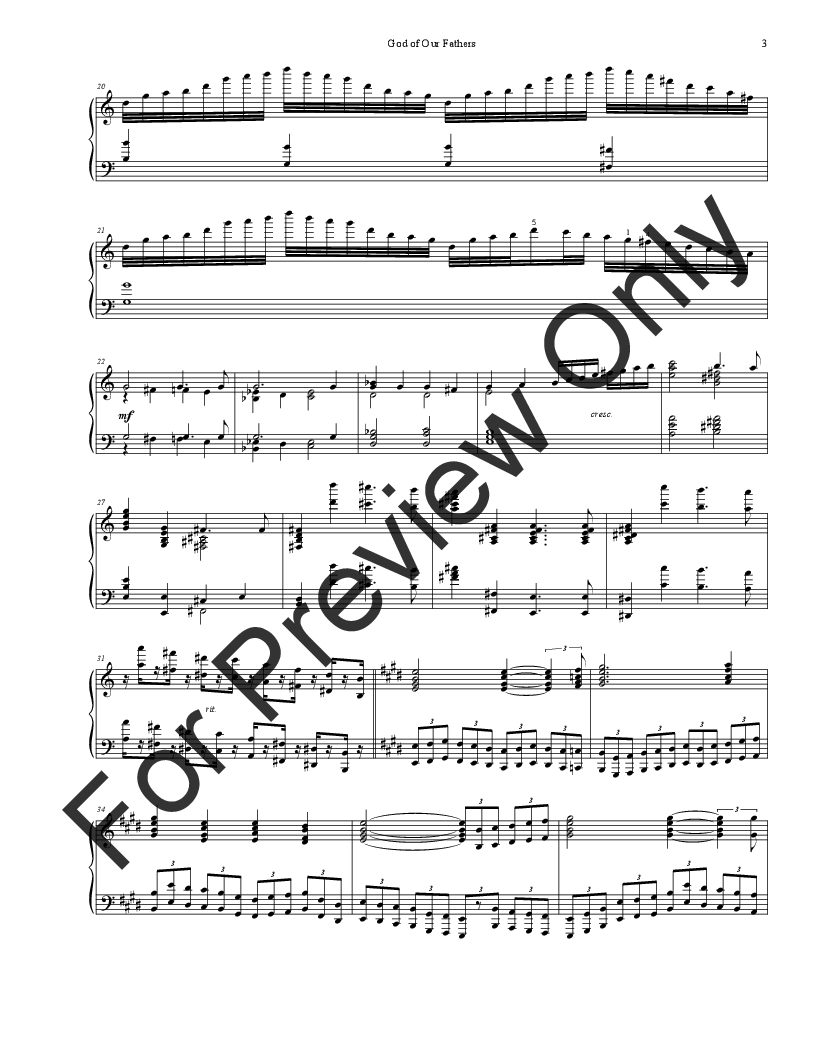 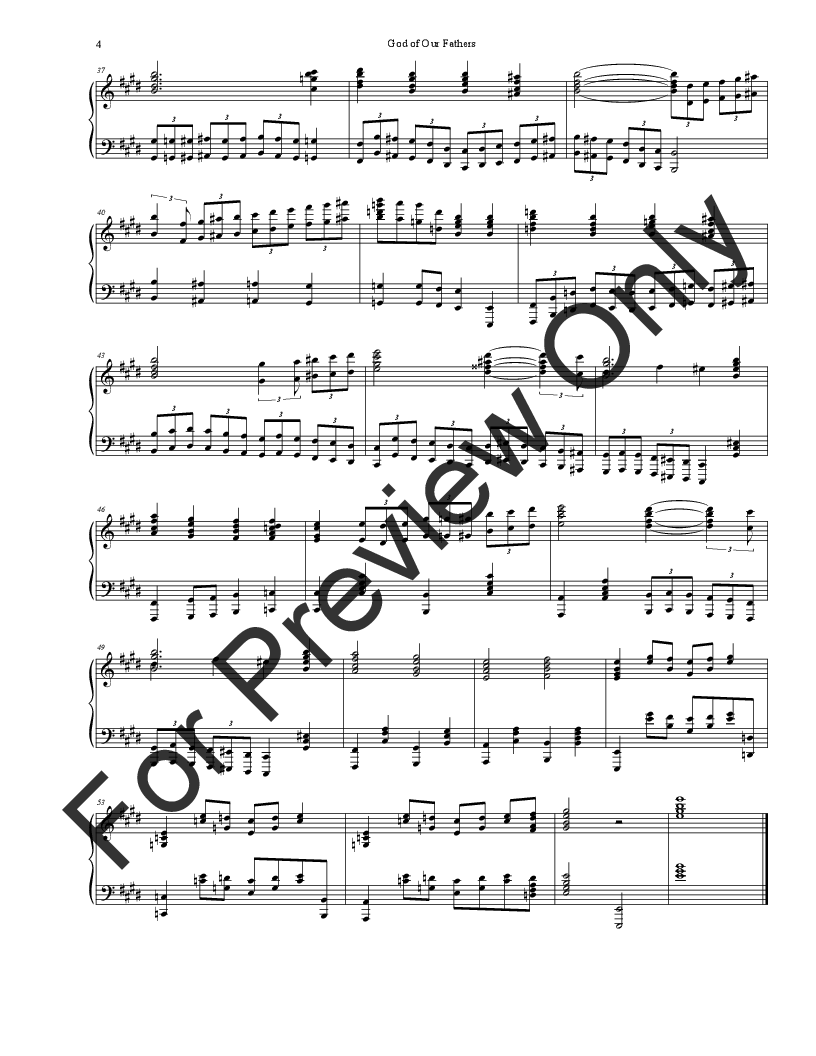 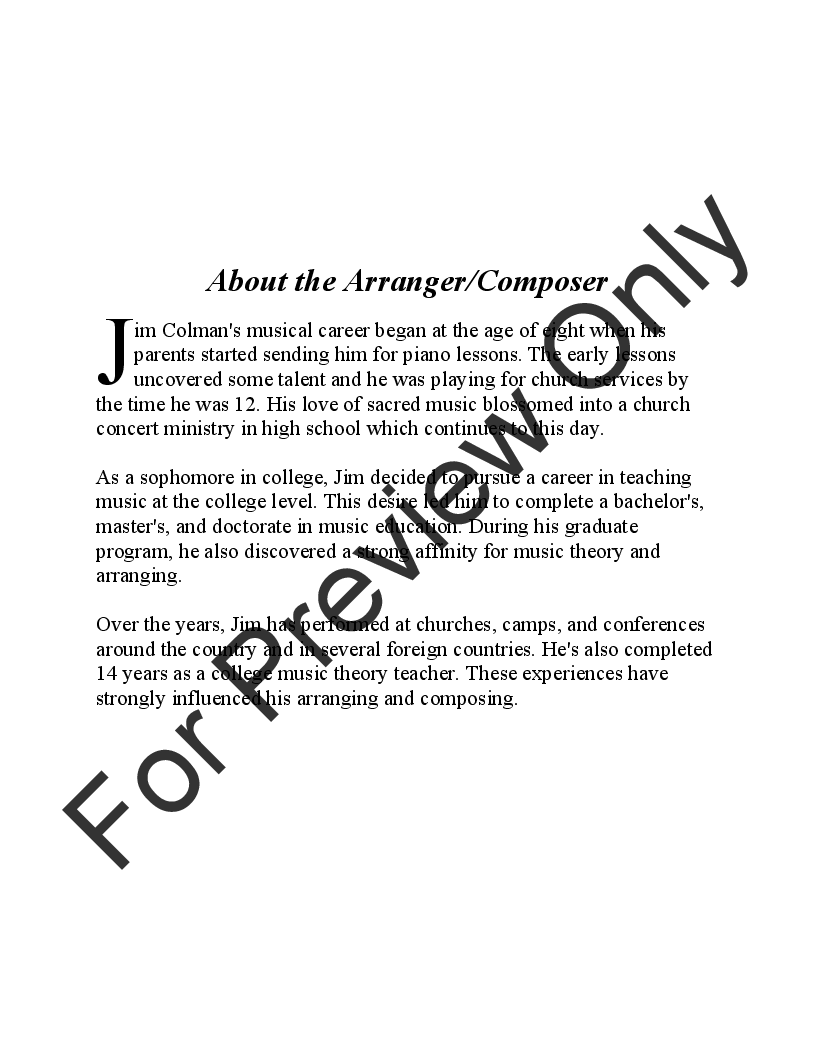 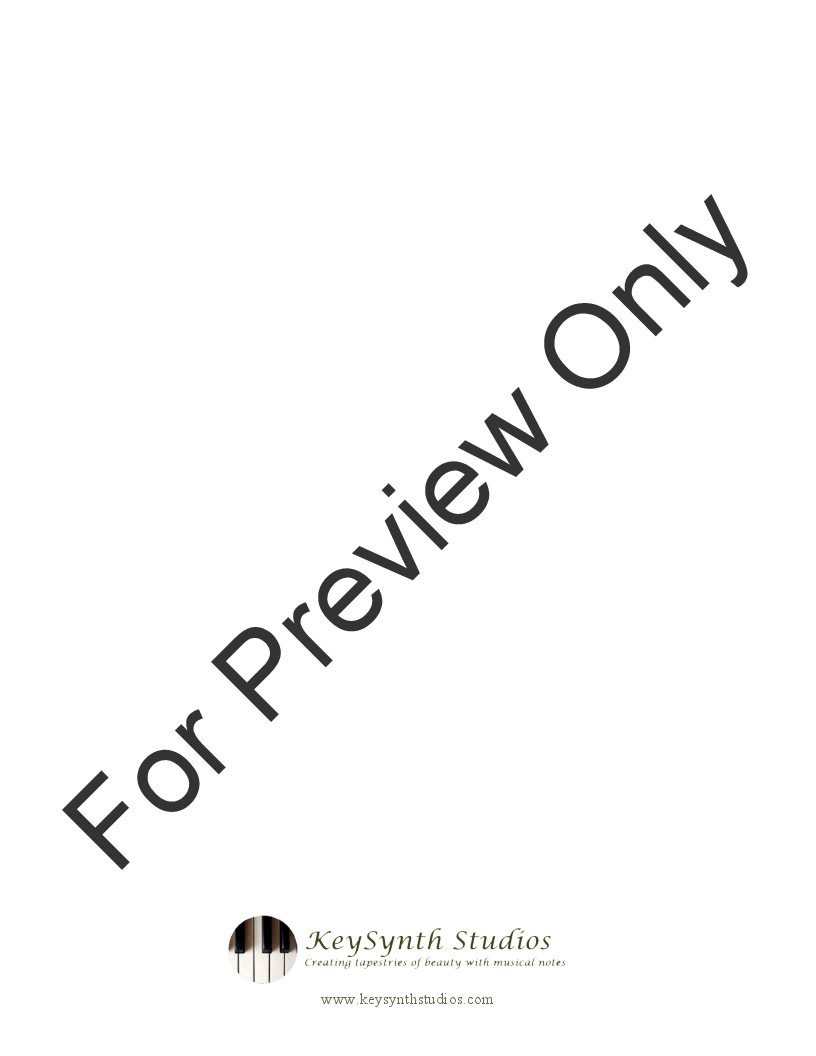 Publisher Desc.  God of Our Fathers, also known as the Army Hymn, was written to commemorate the 100th anniversary of the Declaration of Independence. The majestic tone of this stirring hymn is beautifully captured in this technically demanding piano solo. The scale passages at the beginning and the running octaves of the last verse make this arrangement sparkle. This arrangement is a great choice for a Father's Day or patriotic celebration.
Select a Product
My Library
What is My Library?
Powered by Rating-System.com
Share this title