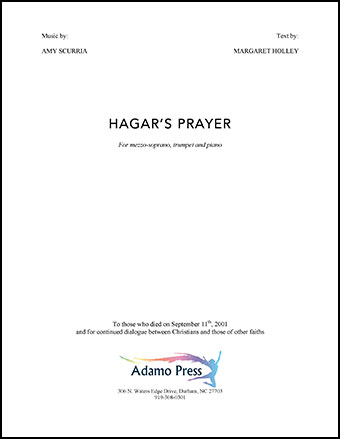 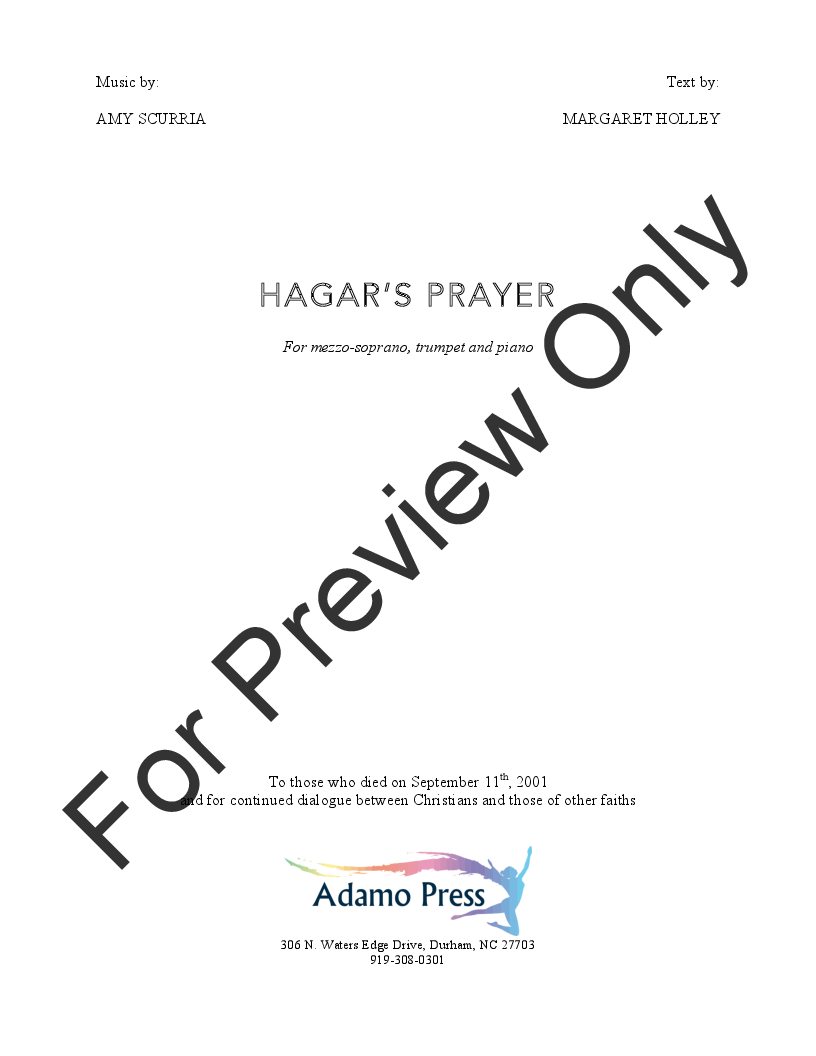 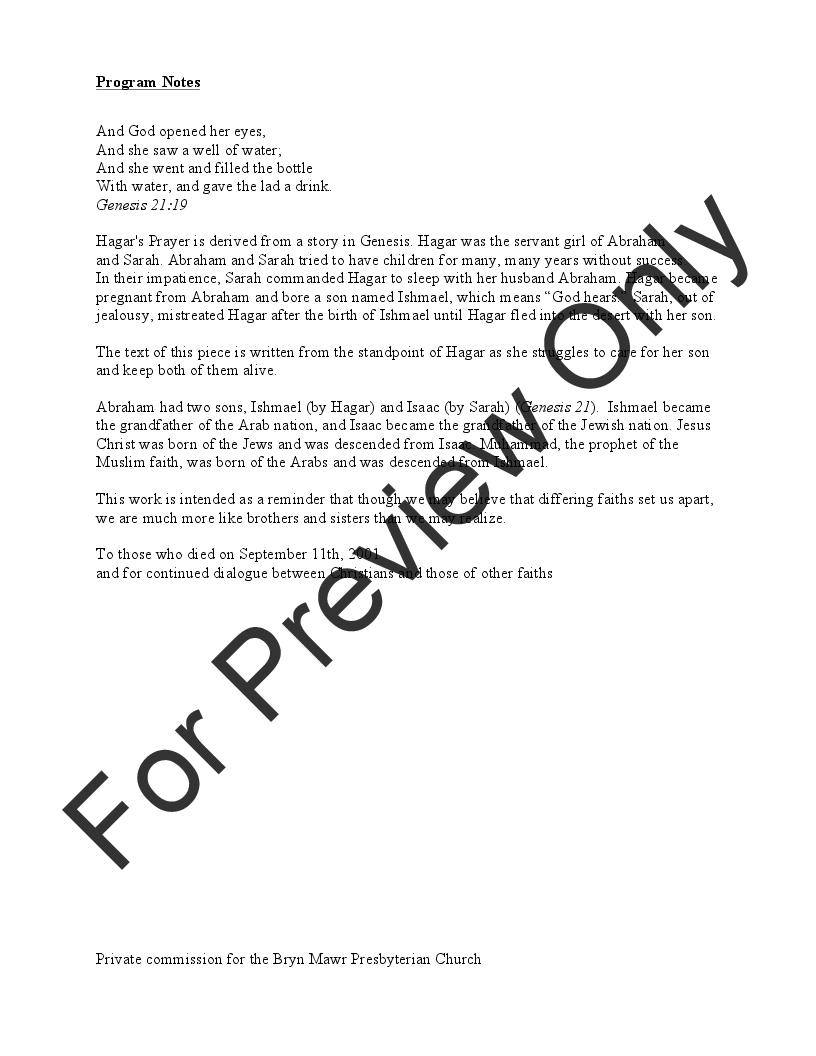 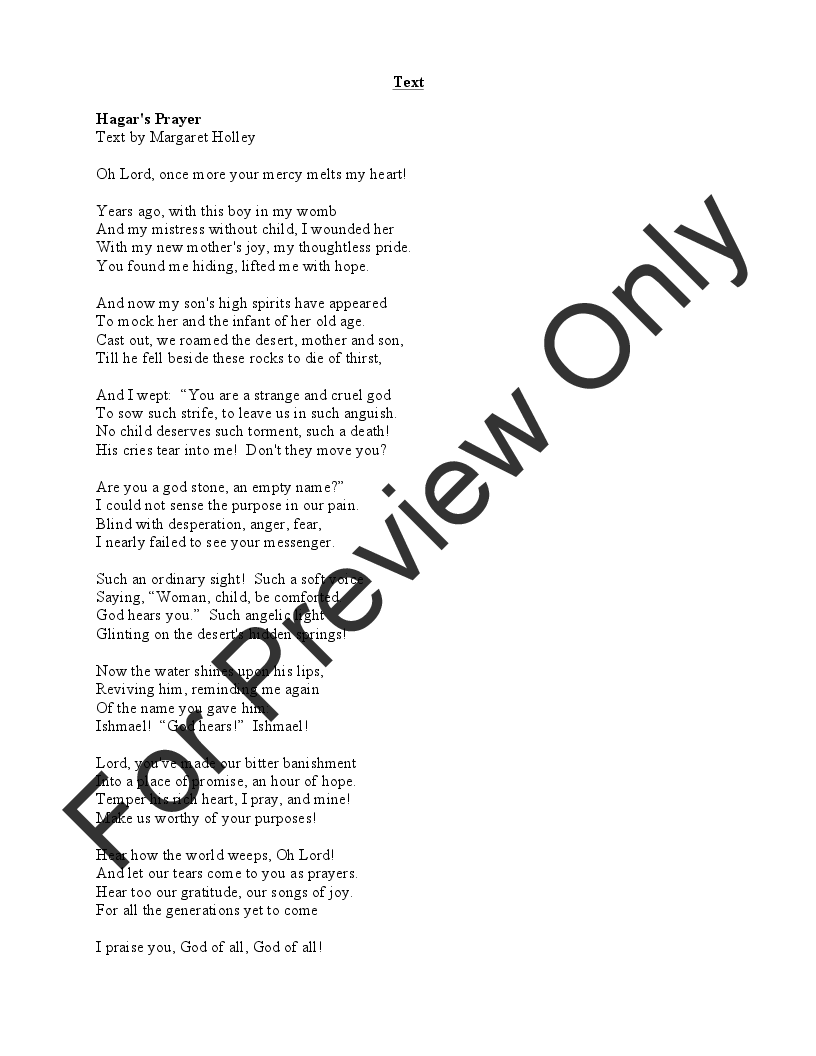 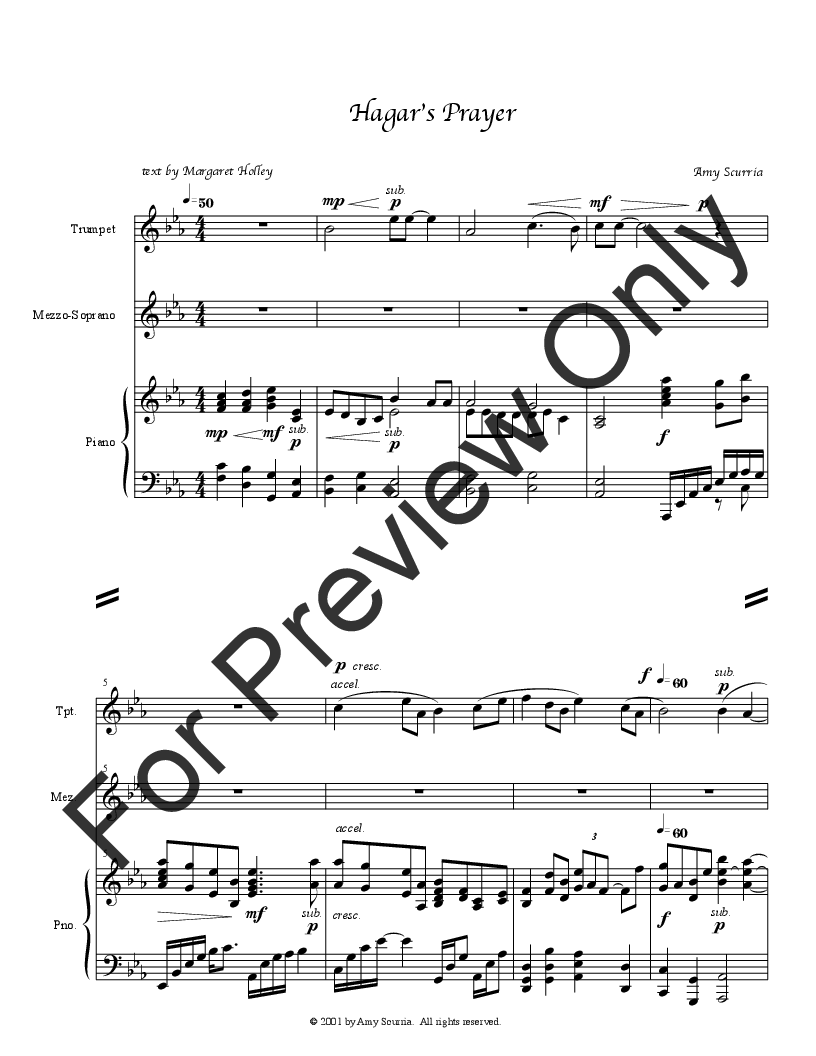 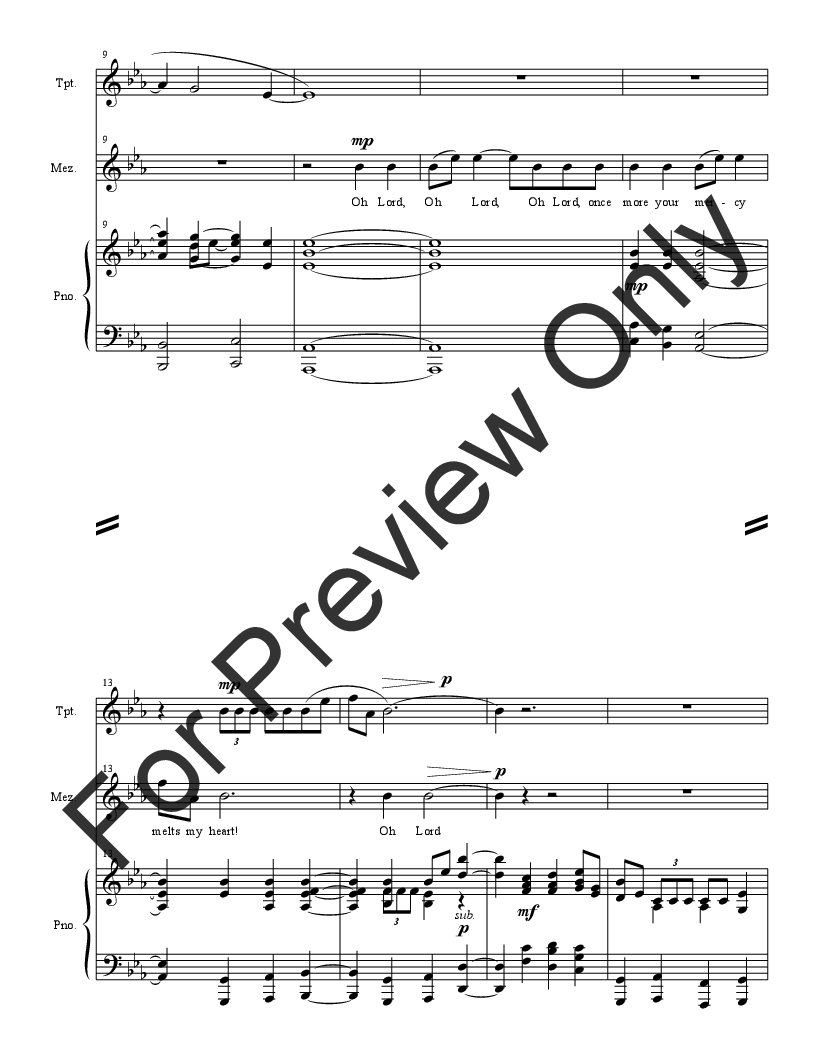 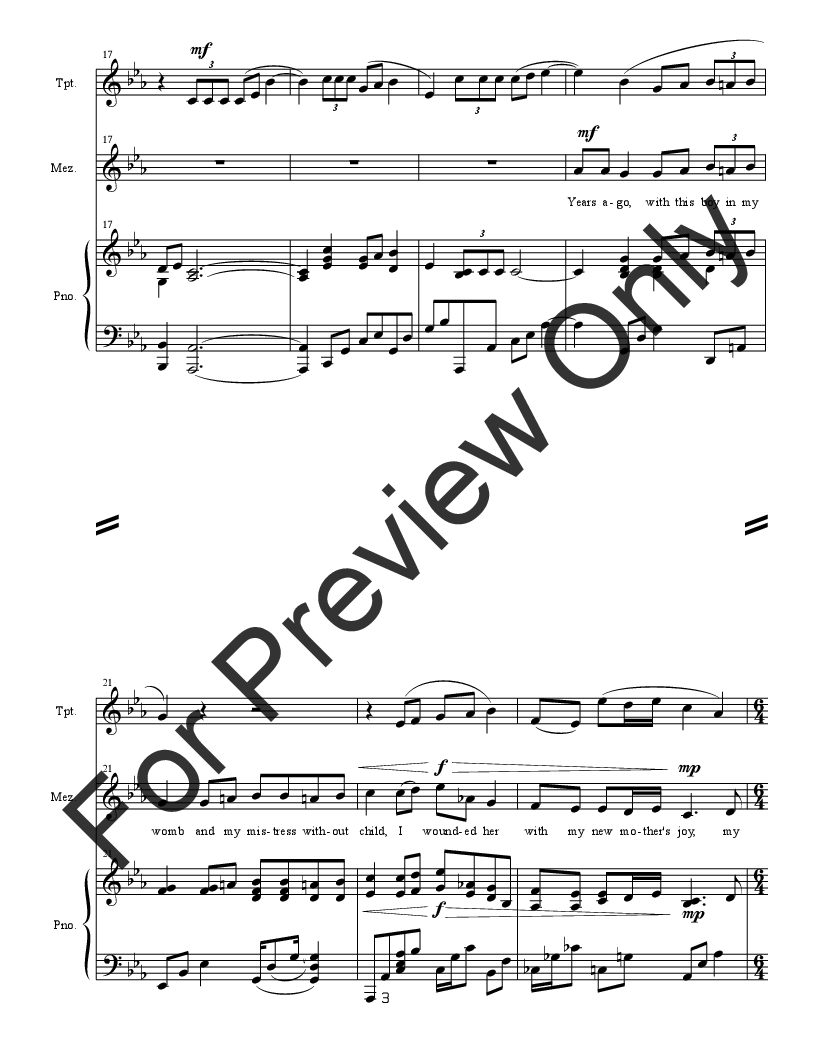 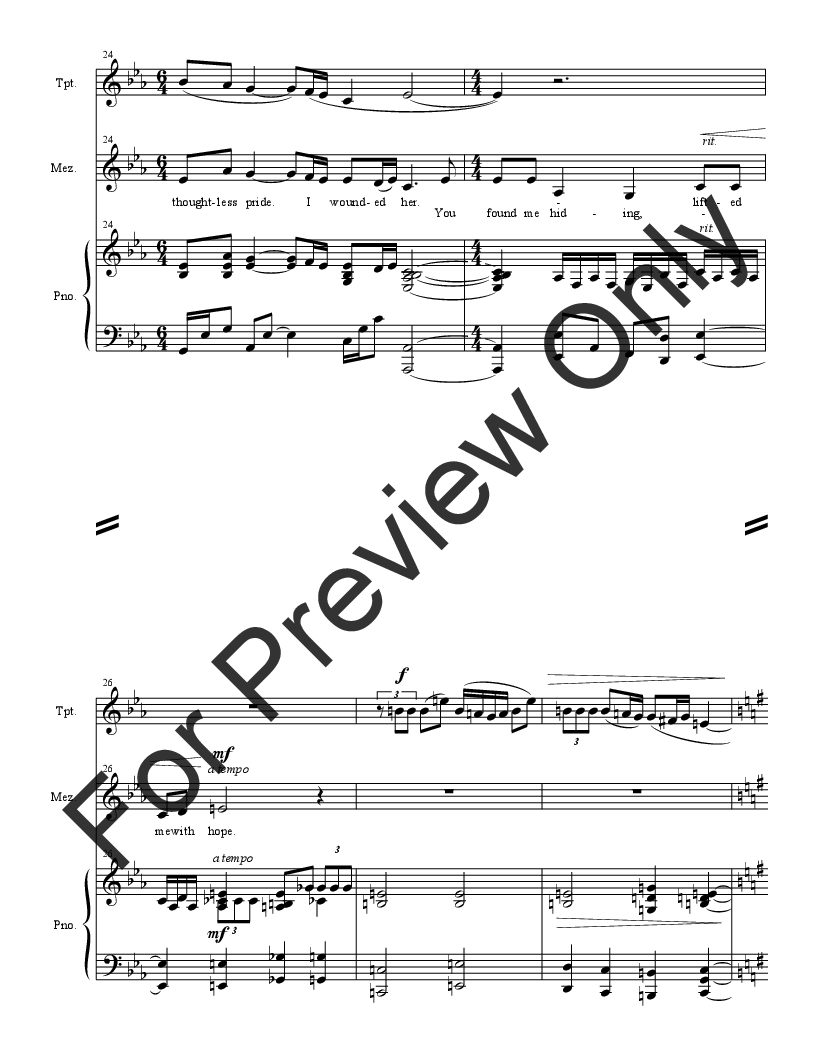 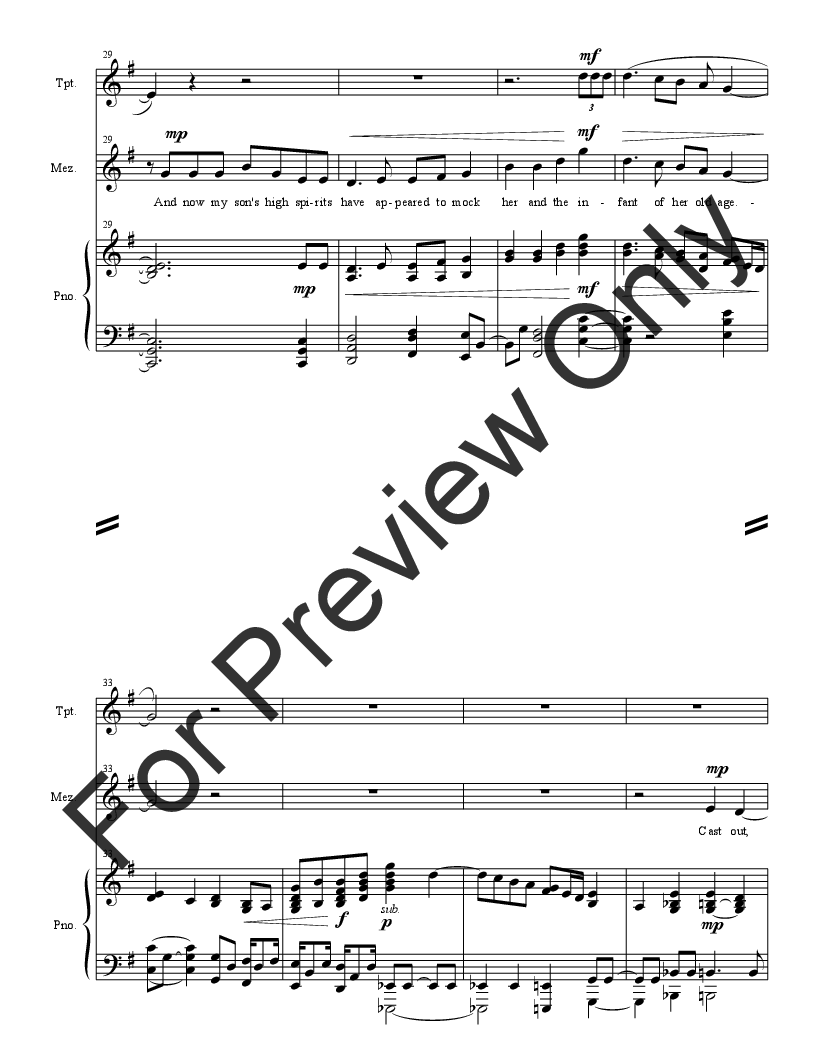 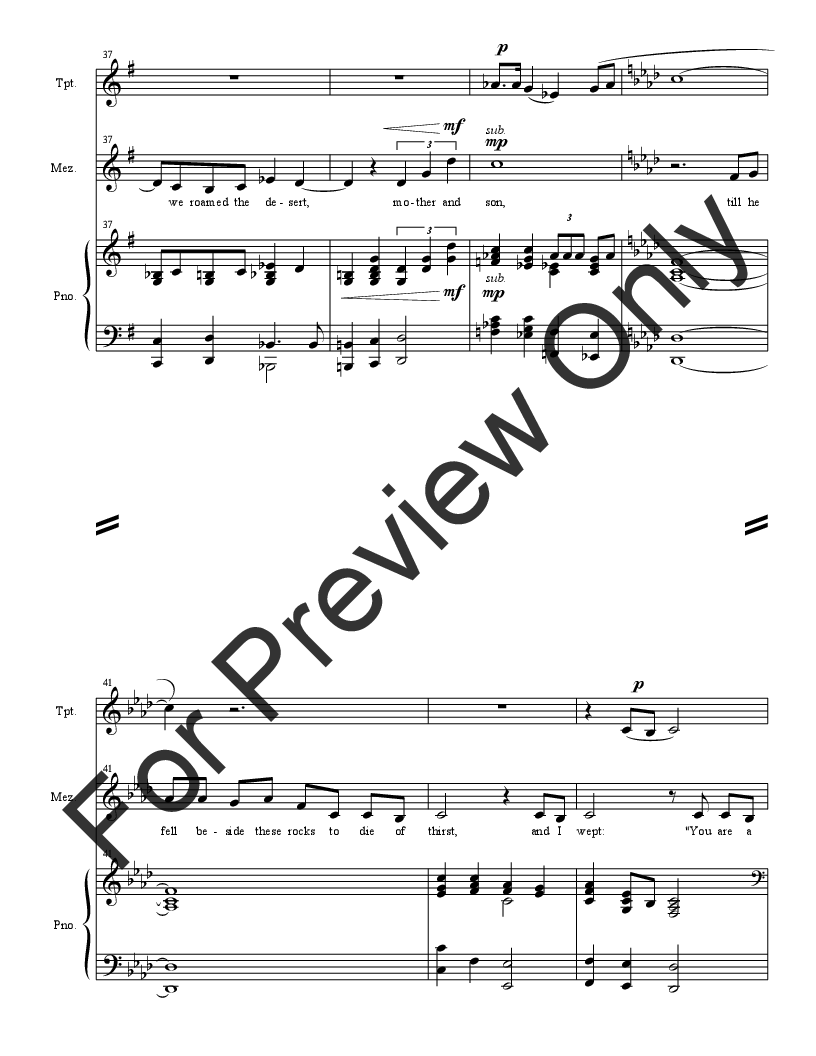 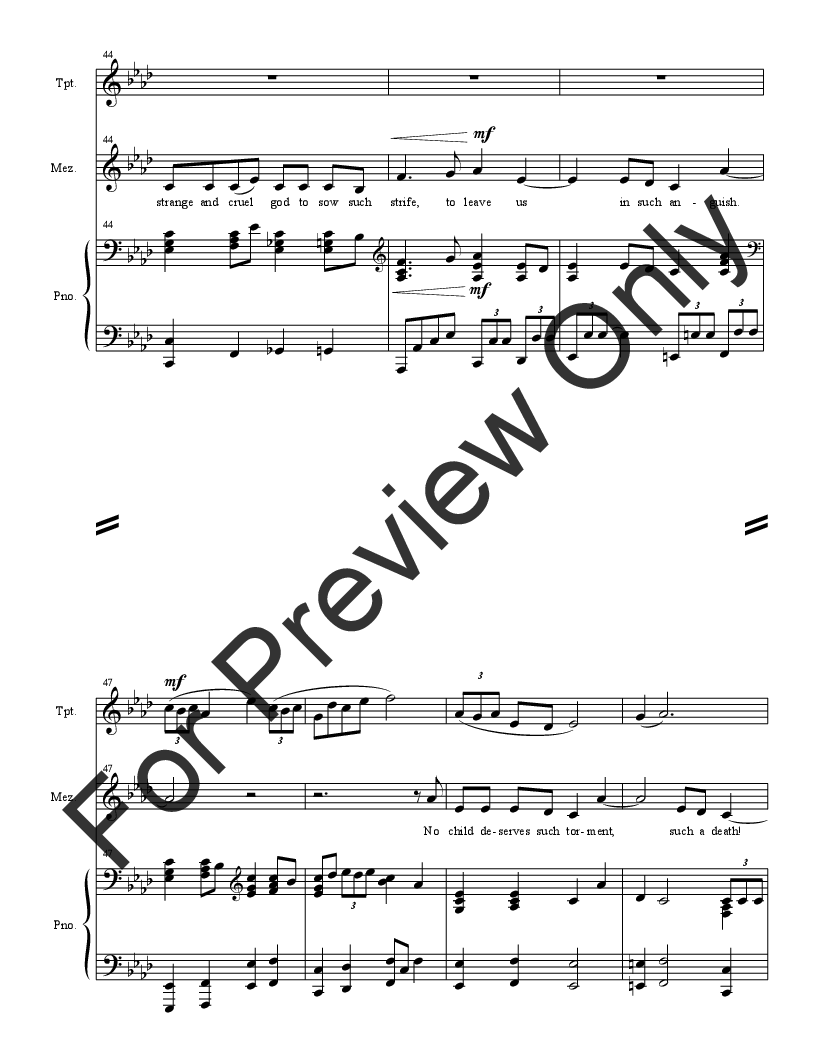 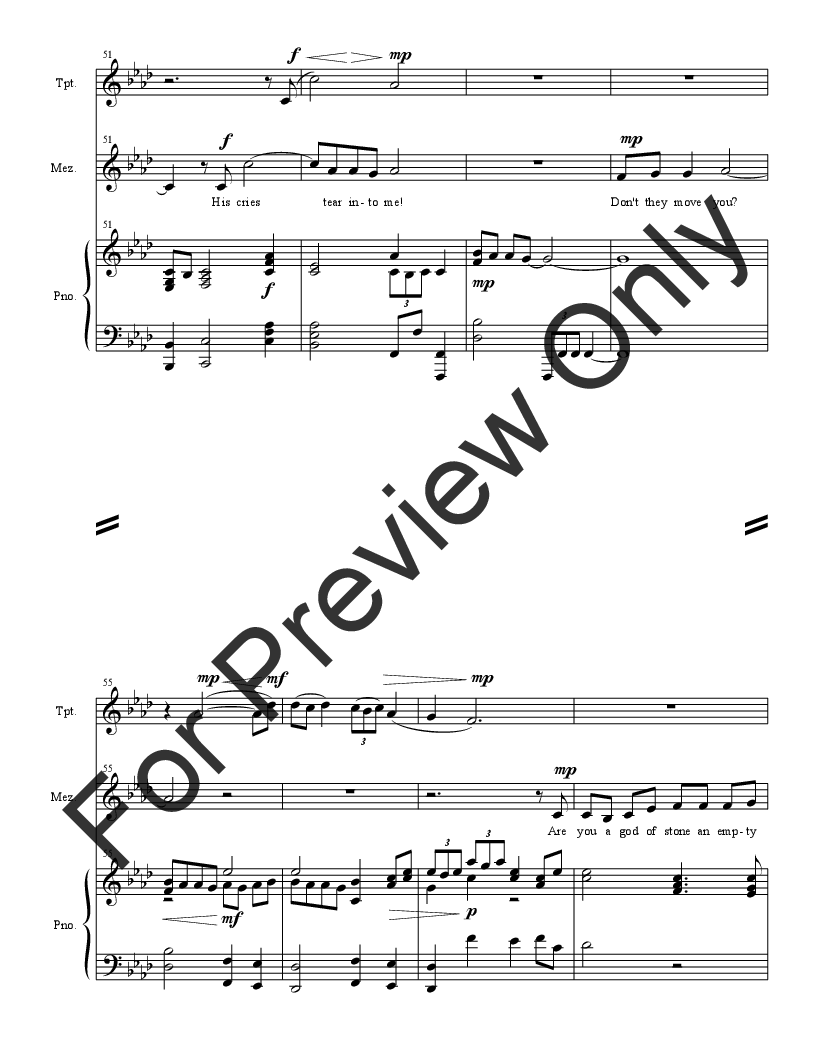 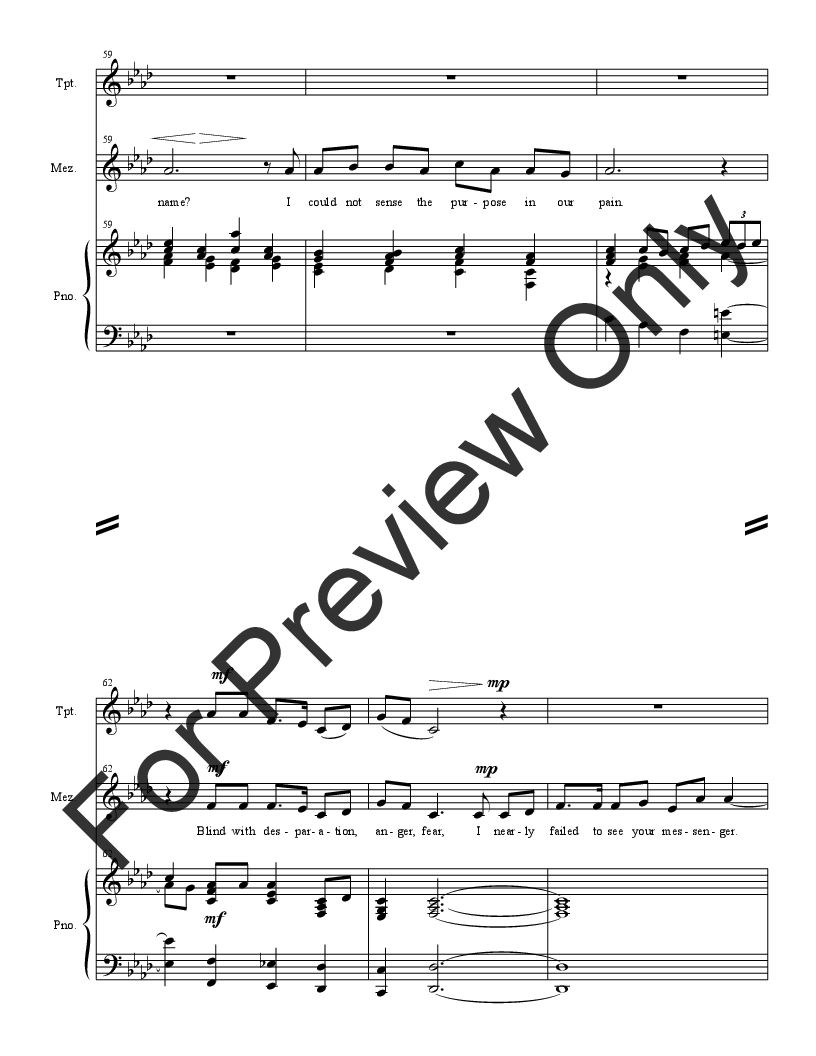 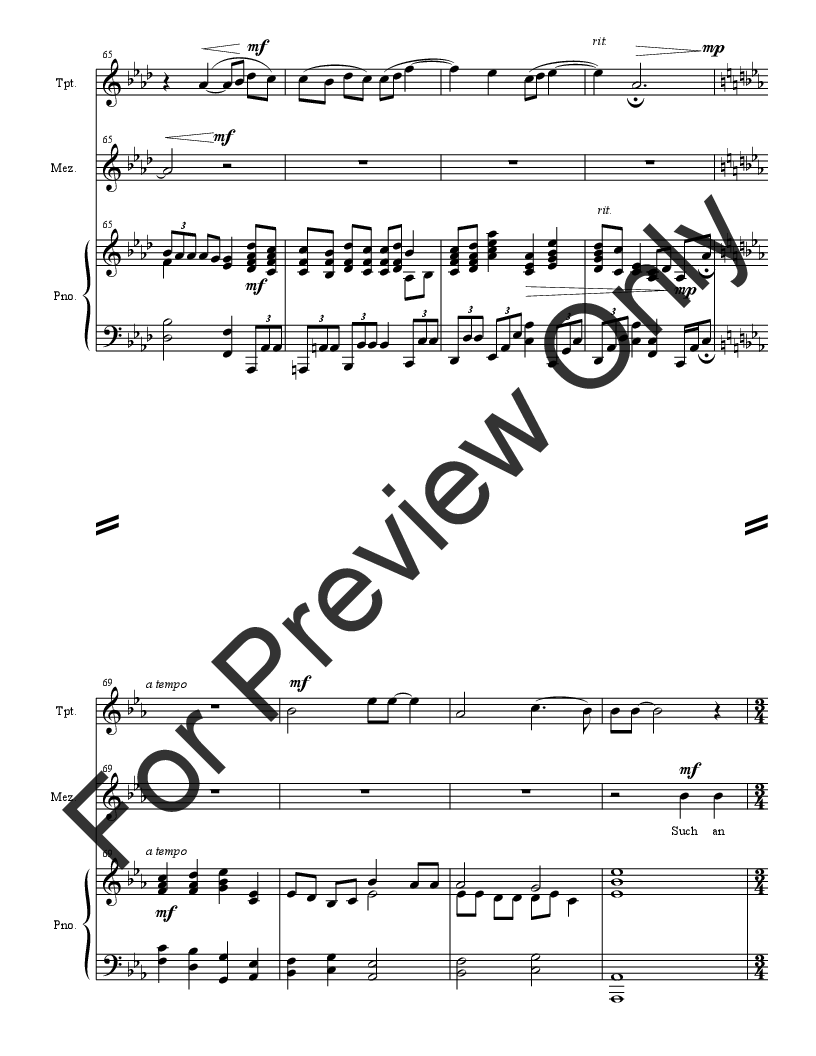 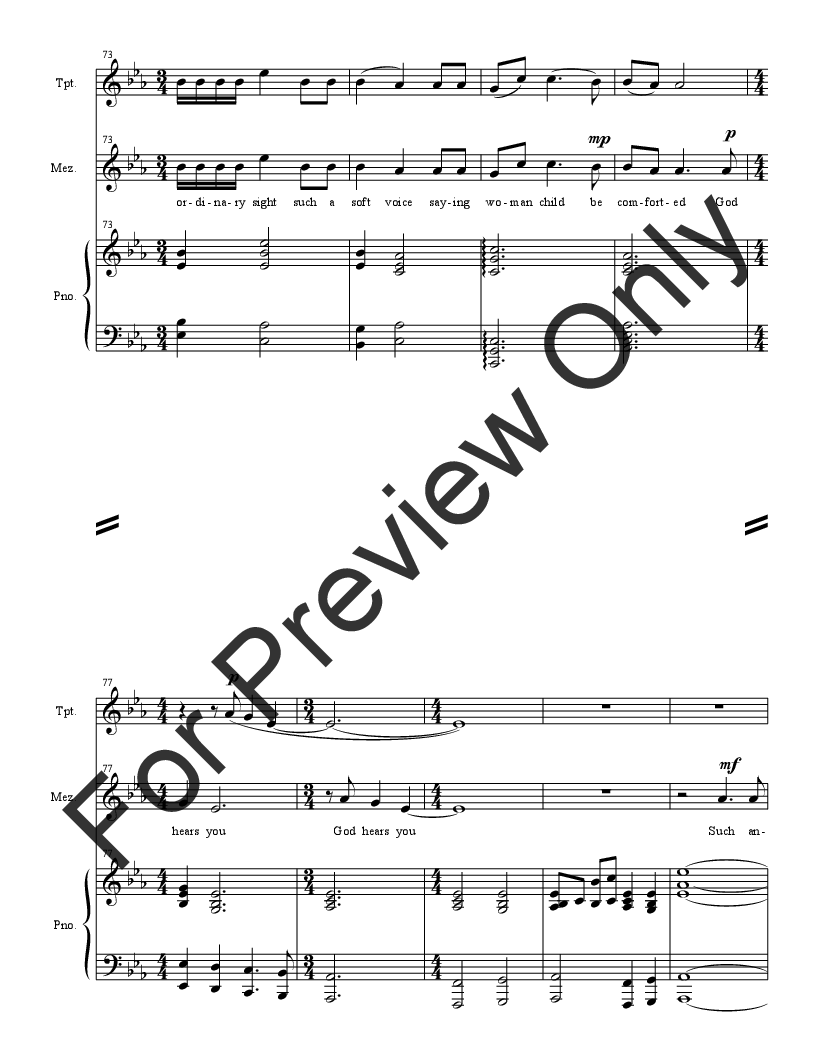 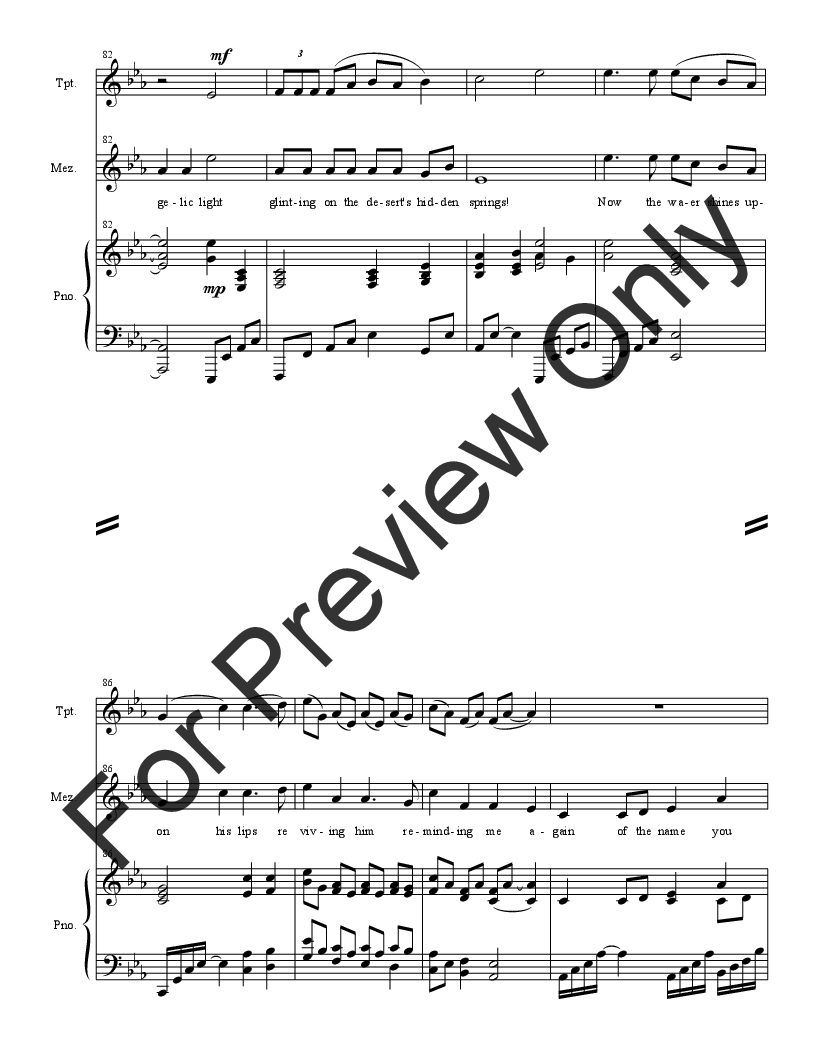 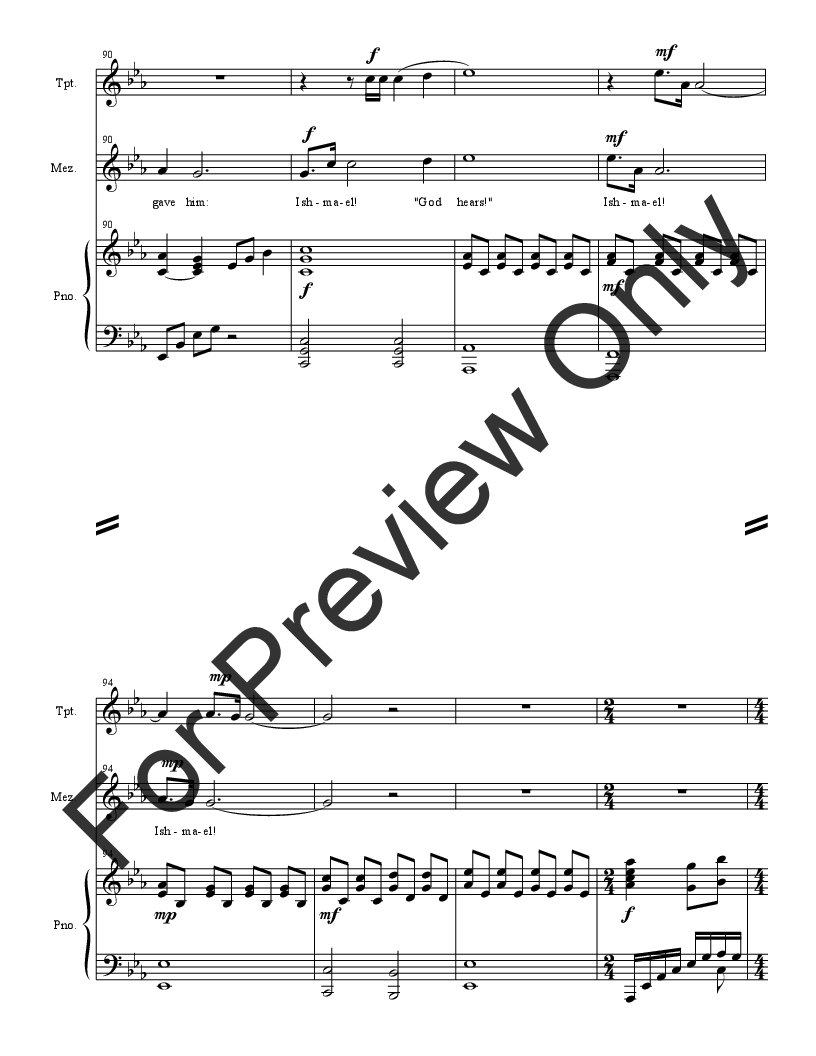 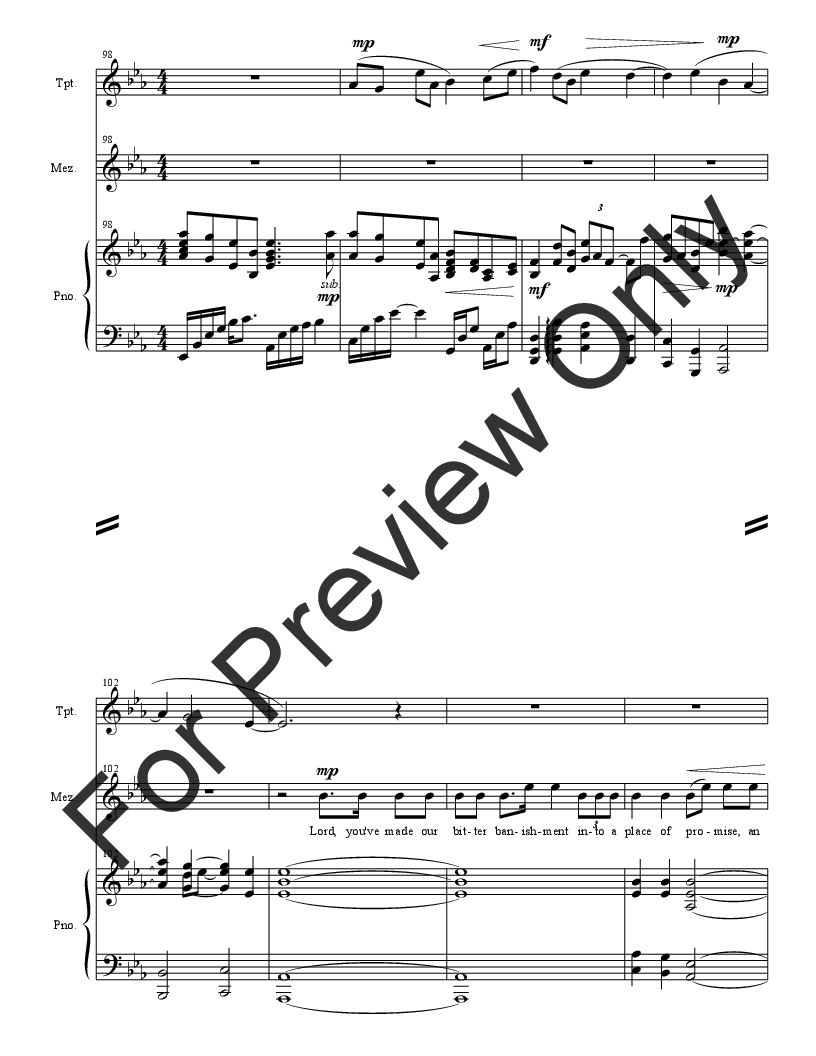 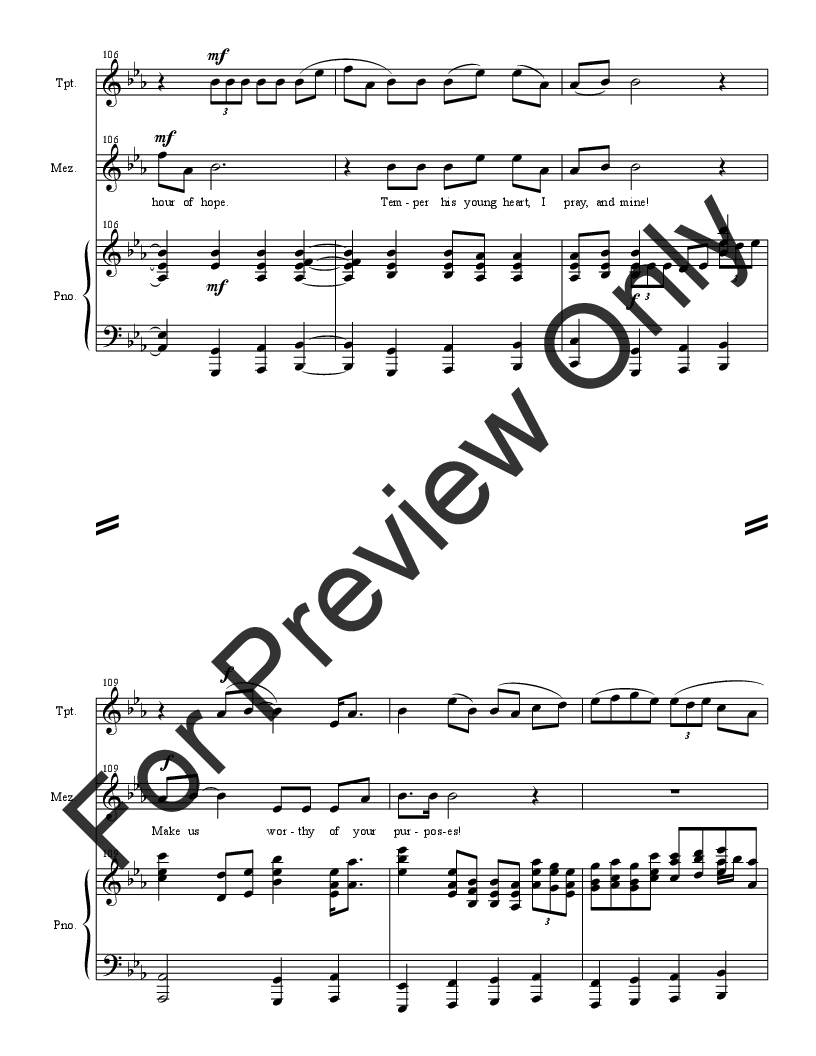 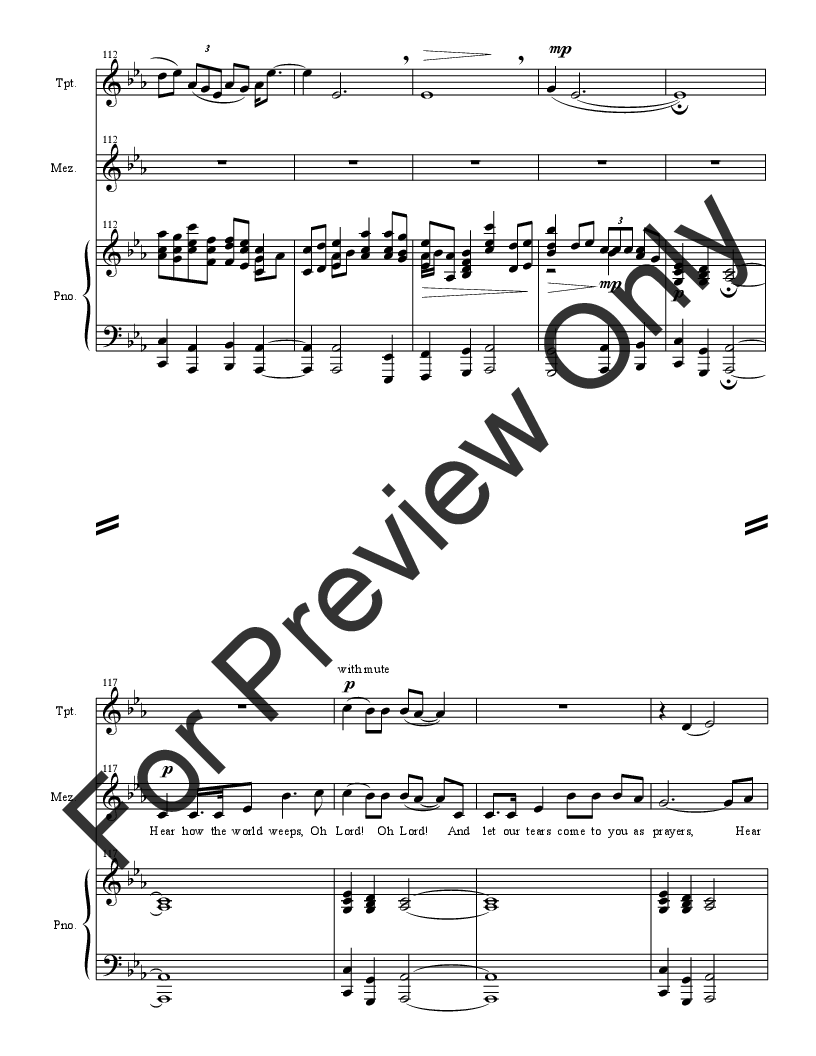 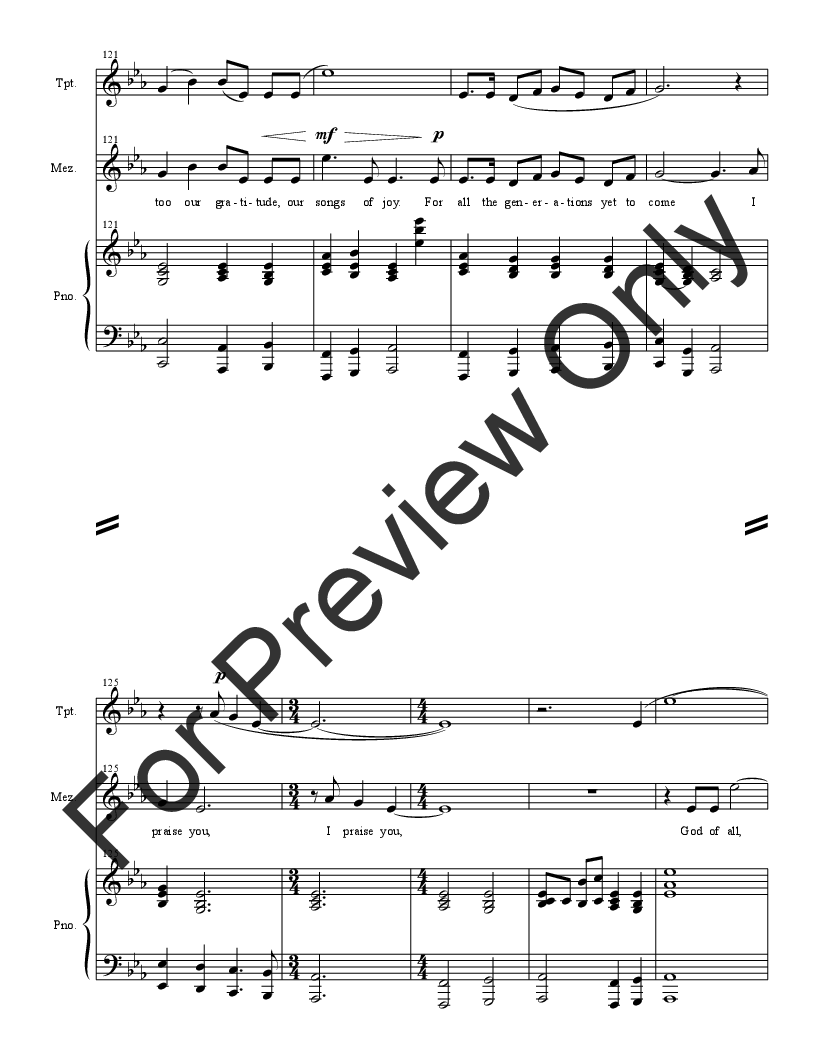 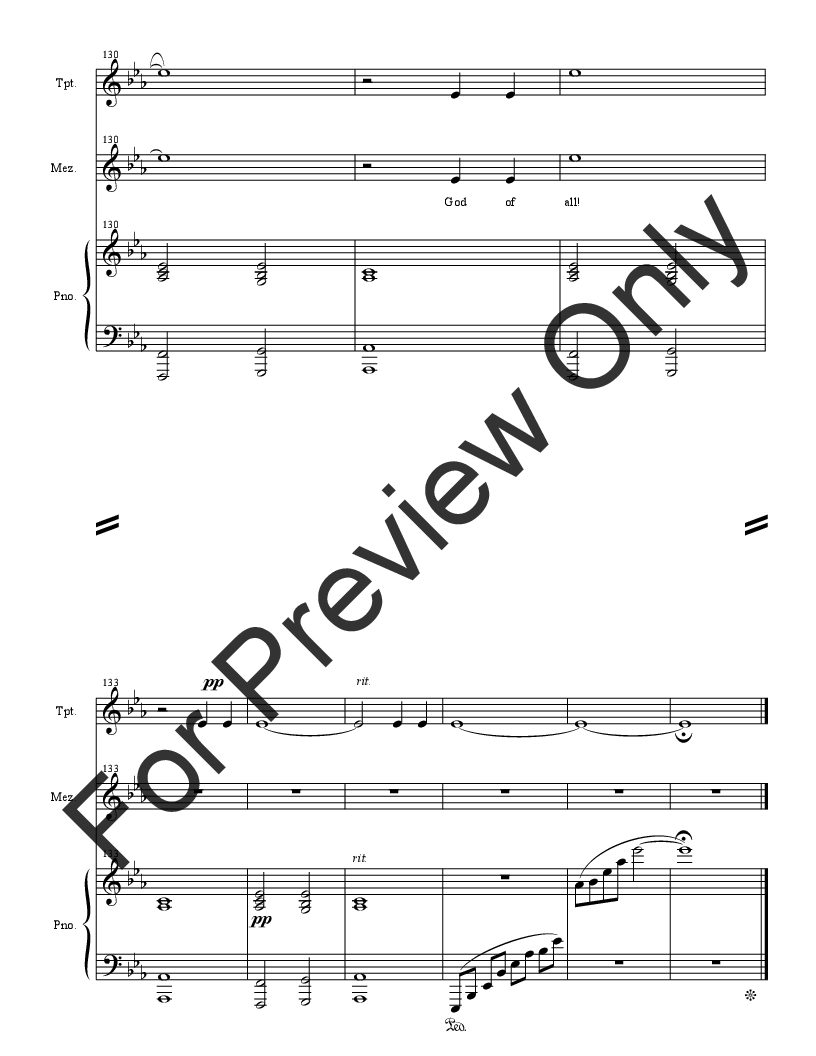 Publisher Desc.  And God opened her eyes,And she saw a well of water;And she went and filled the bottleWith water, and gave the lad a drink.Genesis 21:19"Hagar's Prayer" is derived from a story in Genesis. Hagar was the servant girl of Abraham and Sarah. Abraham and Sarah tried to have children for many, many years without success. In their impatience, Sarah commanded Hagar to sleep with her husband Abraham. Hagar became pregnant from Abraham and bore a son named Ishmael, which means "God hears." Sarah, out of jealousy, mistreated Hagar after the birth of Ishmael until Hagar fled into the desert with her son. The text of this piece is written from the standpoint of Hagar as she struggles to care for her son and keep both of them alive. Abraham had two sons, Ishmael (by Hagar) and Isaac (by Sarah) (Genesis 21). Ishmael became the grandfather of the Arab nation, and Isaac became the grandfather of the Jewish nation. Jesus Christ was born of the Jews and was descended from Isaac. Muhammad, the prophet of the Muslim faith, was born of the Arabs and was descended from Ishmael.This work is intended as a reminder that though we may believe that differing faiths set us apart, we are much more like brothers and sisters than we may realize. To those who died on September 11th, 2001 and for continued dialogue between Christians and those of other faiths.Private commission for the Bryn Mawr Presbyterian Church
Select a Product
My Library
What is My Library?
Powered by Rating-System.com
Share this title