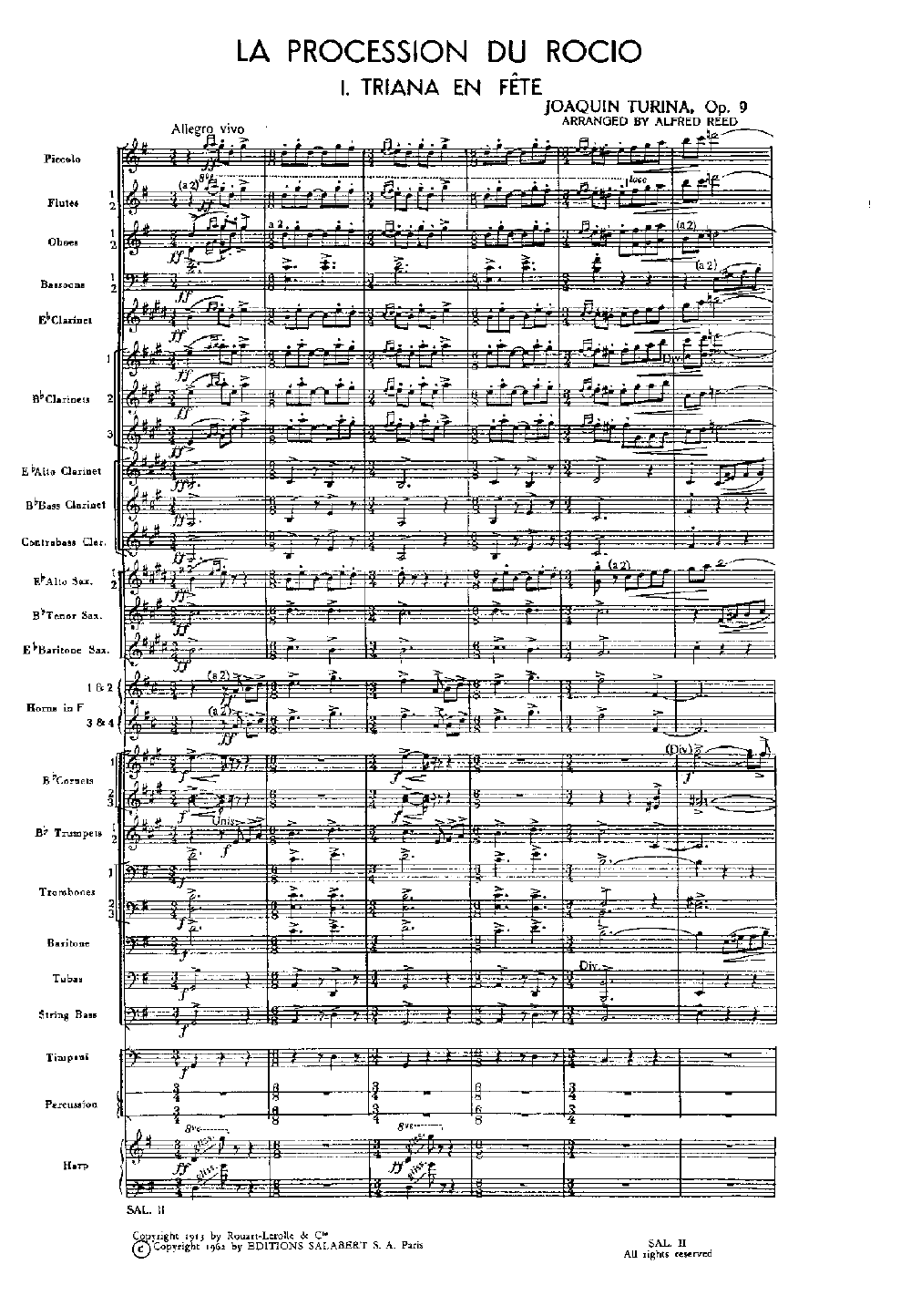 Although a native of Spain, while studying in Paris early in his career, composer Joaquin Turina was influenced by the impressionistic harmonies of Debussy and Ravel. Once he returned to Spain, Turina also drew inspiration from Spanish folk music with La Procession du Rocio, which became one of his best-known works. The music portrays a festival and procession that takes place in the Triana neighborhood of Seville, and is filled with wonderful idiomatic Spanish elements. Alfred Reed's marvelous 1962 transcription remains an enduring keystone in the wind band repertoire.
Select a Product
My Library
What is My Library?
Order Extra Parts
This item appears on the following state lists:
Powered by Rating-System.com
Share this title