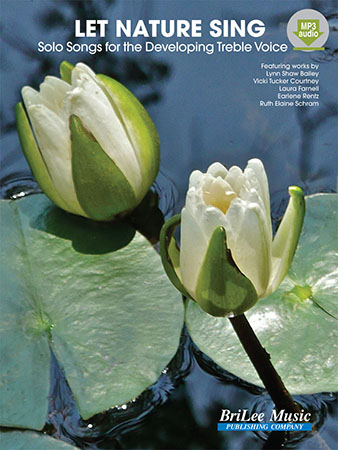 Here is the fifth volume in a series of solo songs for young singers. It contains a wide variety of songs, from spirituals and folksongs to originally composed works. Selected with the treble voice in mind, songs with narrow ranges of six and seven notes progress to songs that expand the range as the voice develops. The nature of the selections is to challenge the voice, not to tax it; to develop its expressive capabilities, not to overextend them. Contents include: Sometimes I Feel Like a Motherless Child; I Know Where I'm Goin'; The Song That Nature Sings; Oh Shenandoah; Night Winds; Pure, White Owl; How Can I Keep from Singing?; There's an Air of Joy in the Meadow; La Paloma and This Morning Paradise.
Select a Product
My Library
What is My Library?
Full Song List