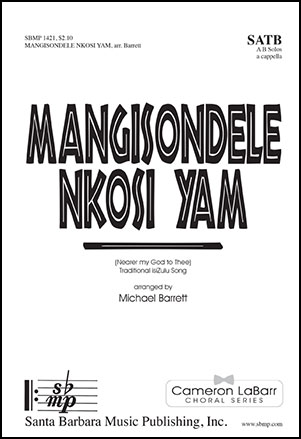 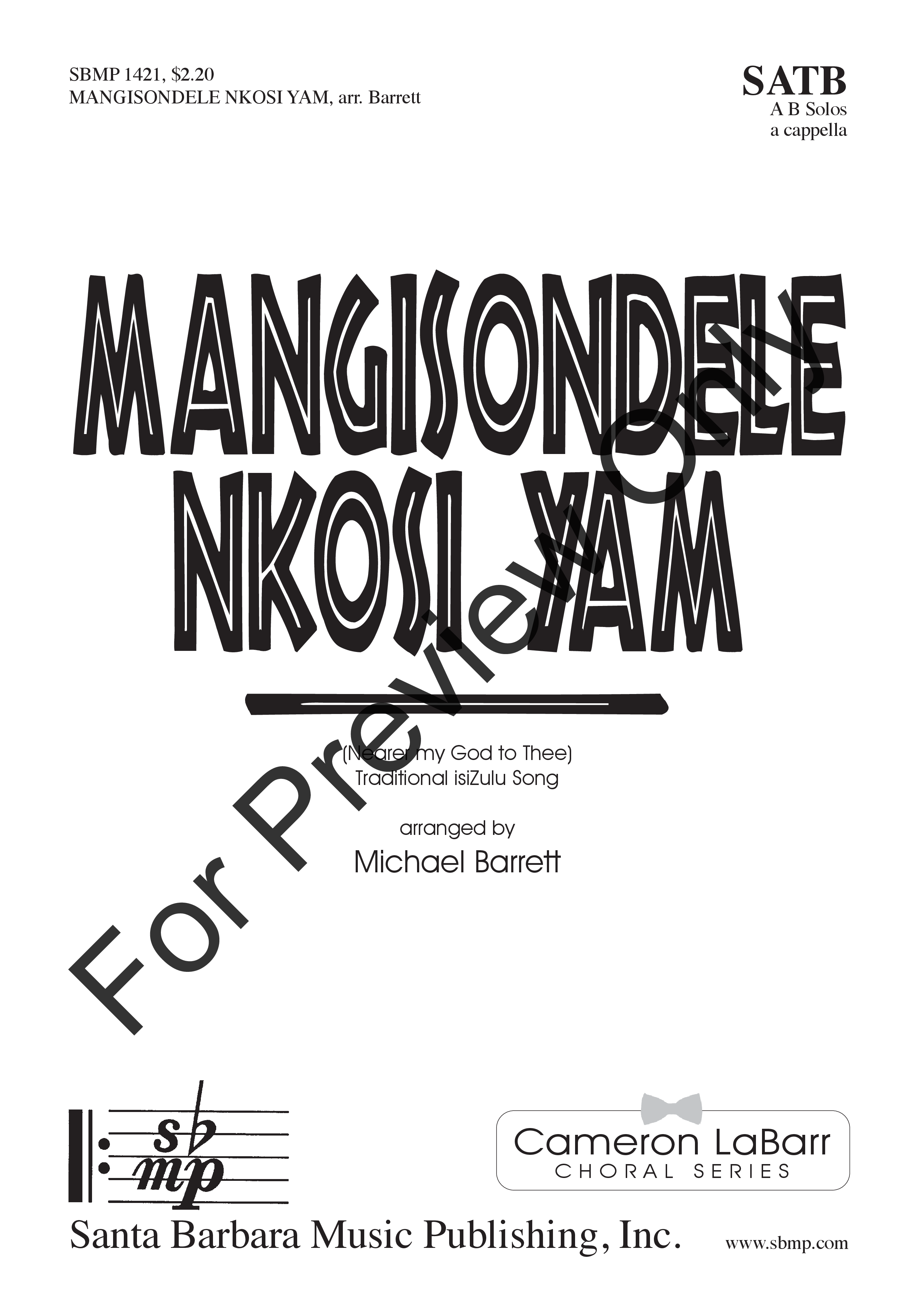 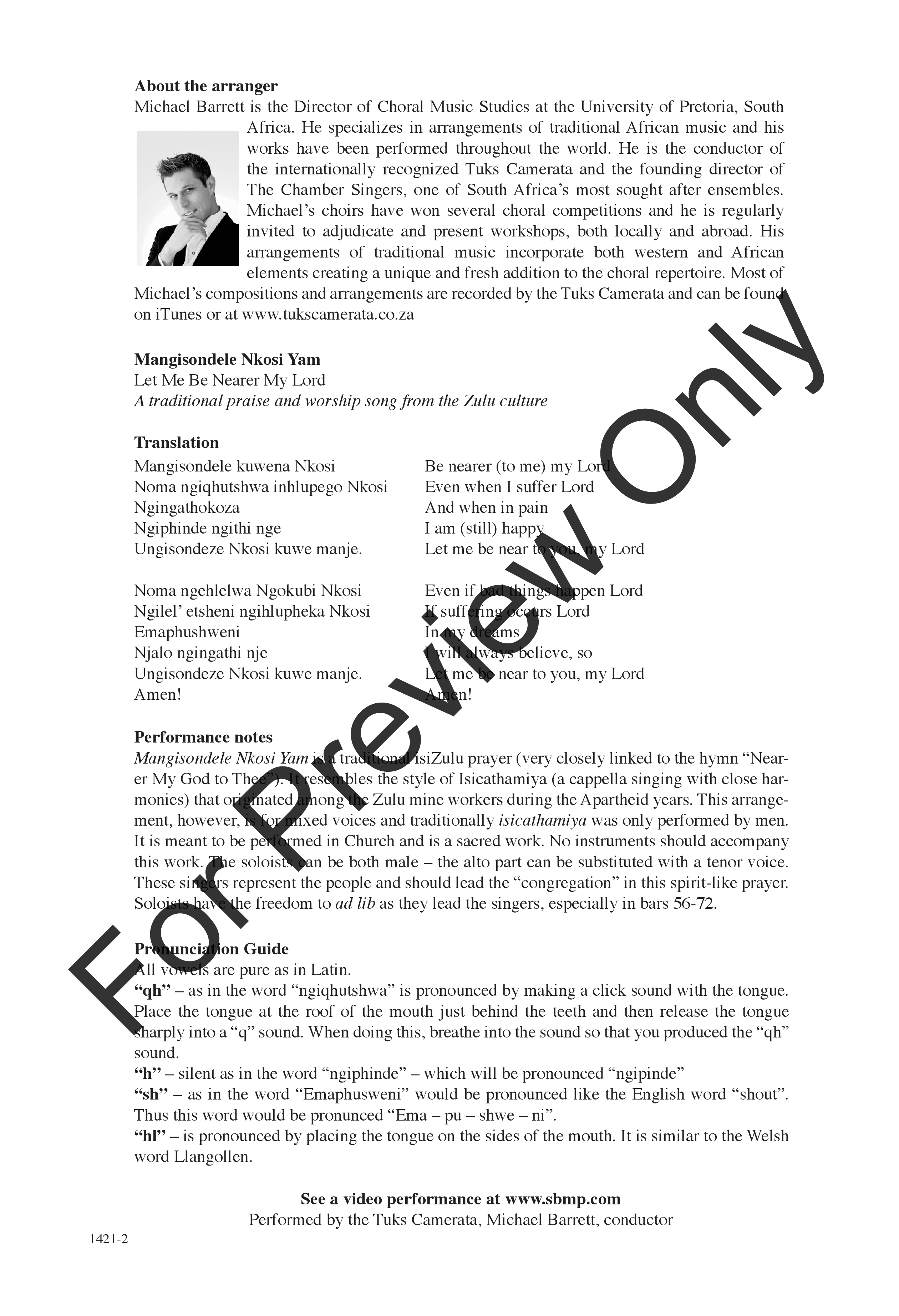 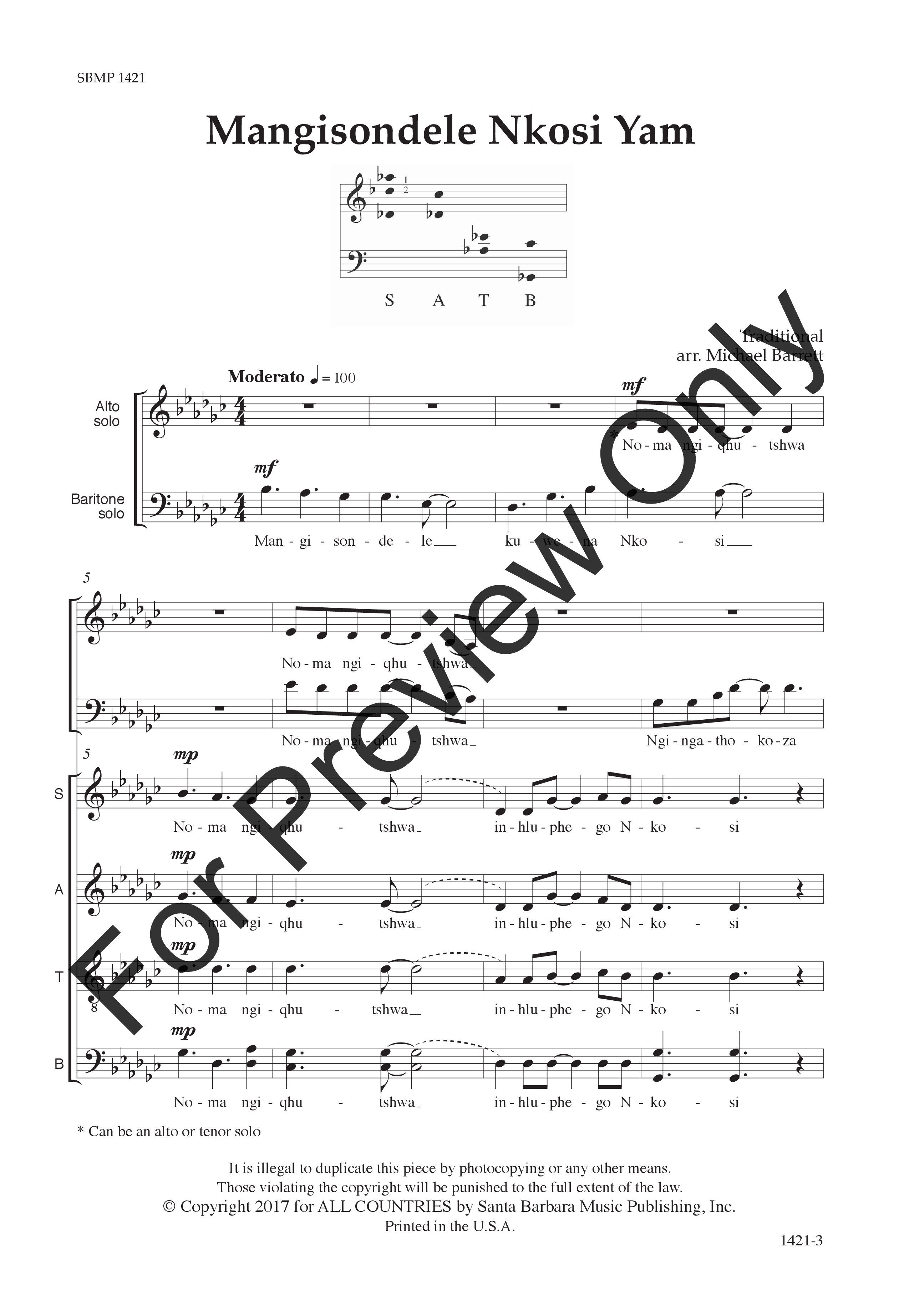 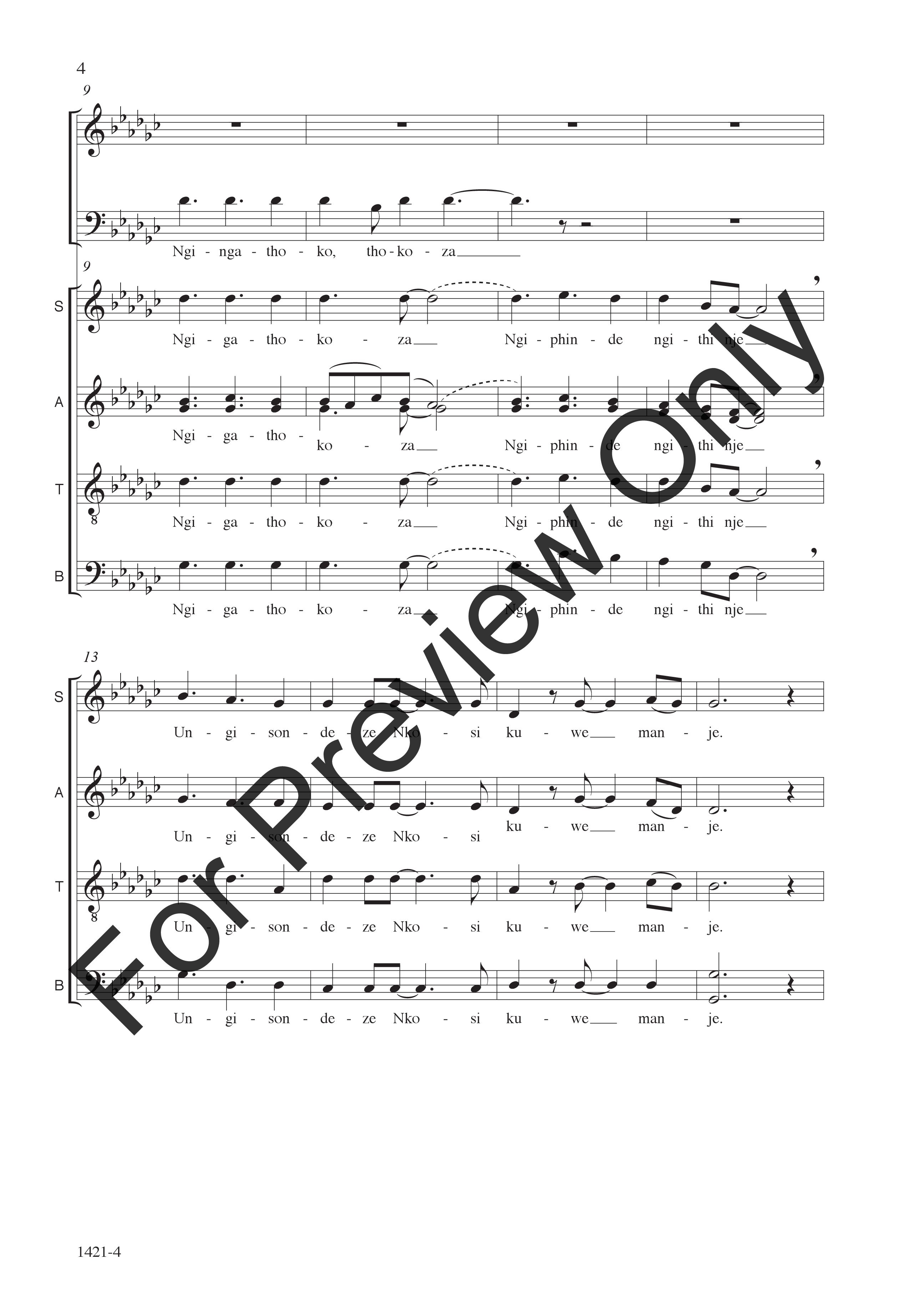 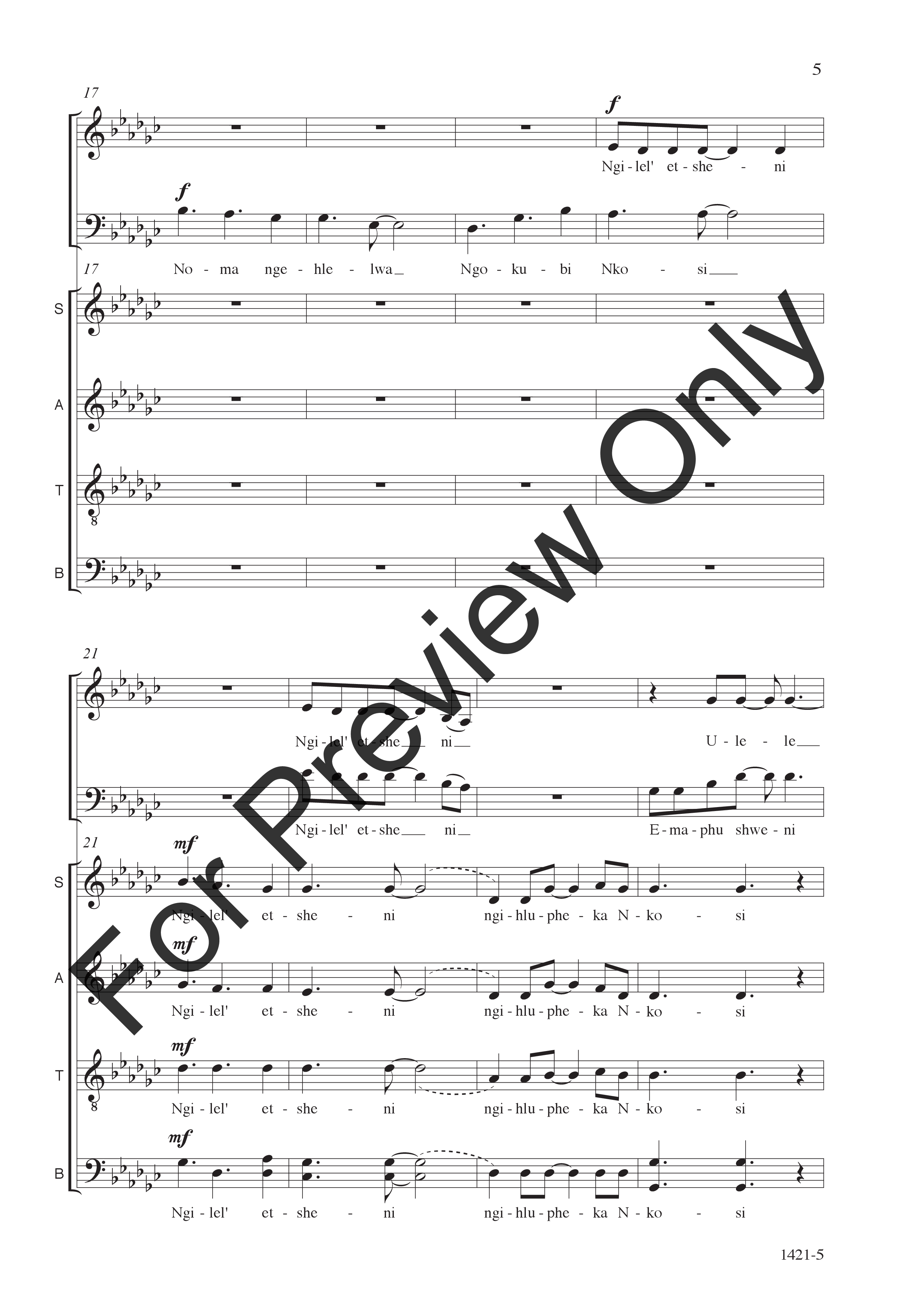 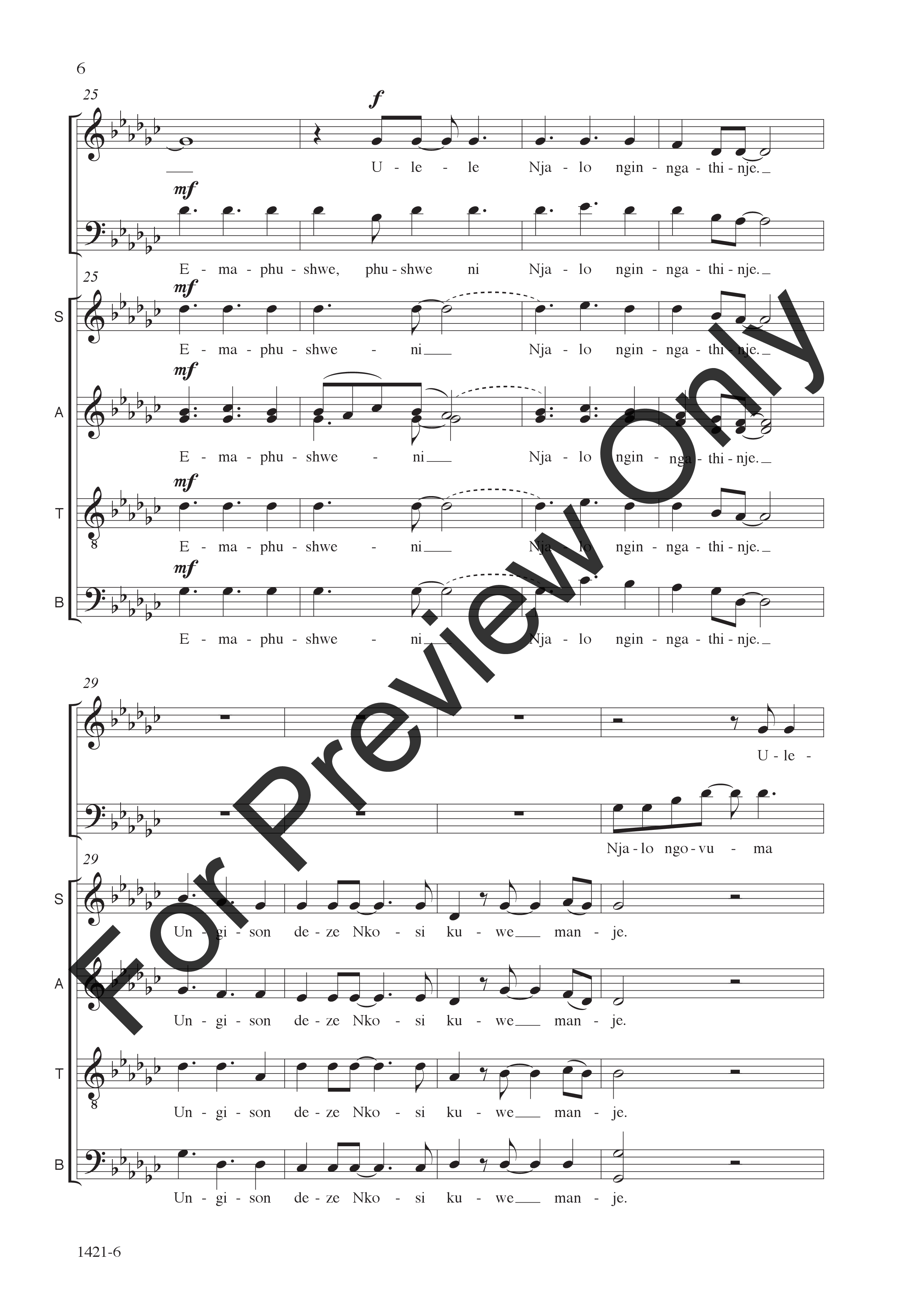 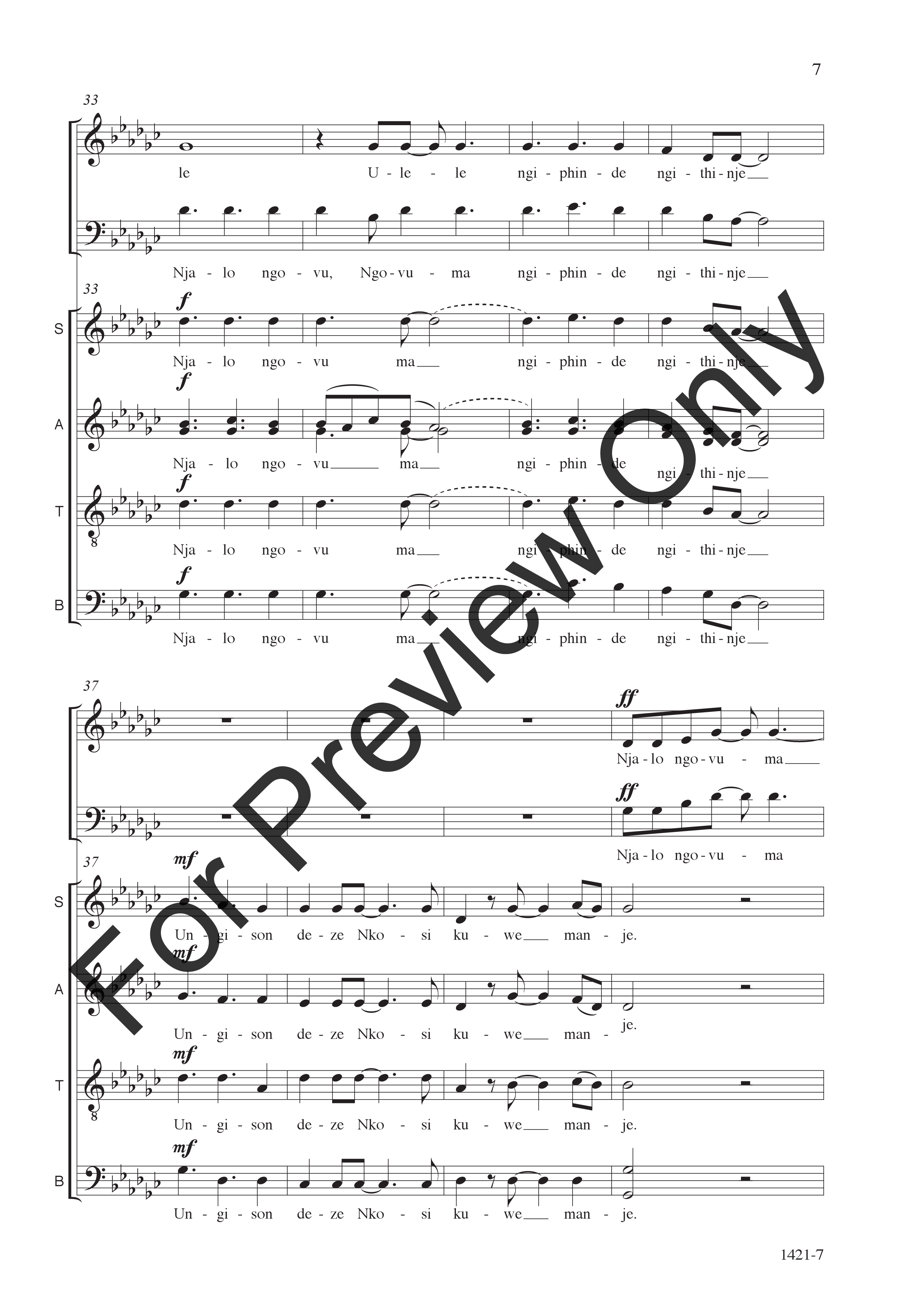 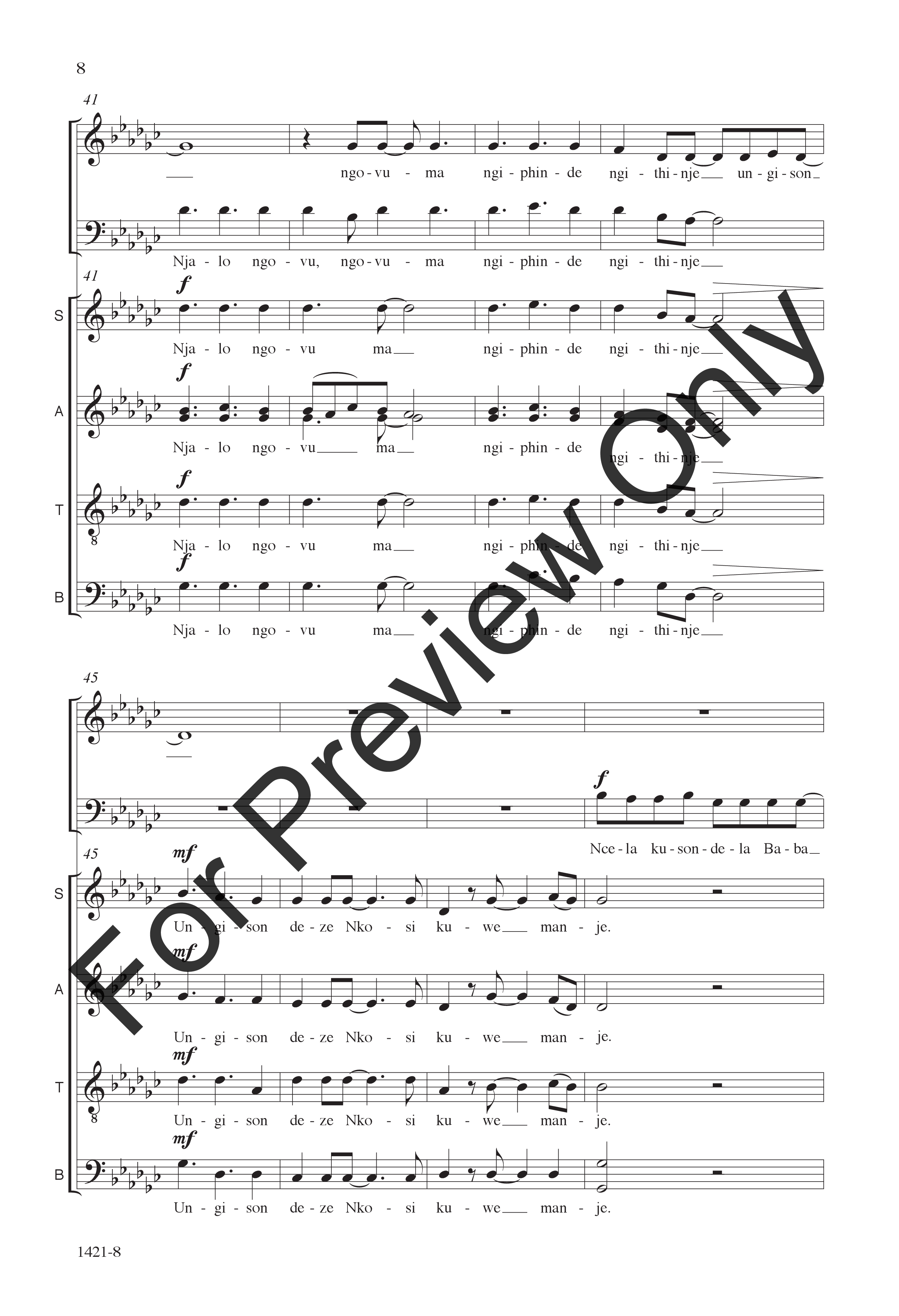 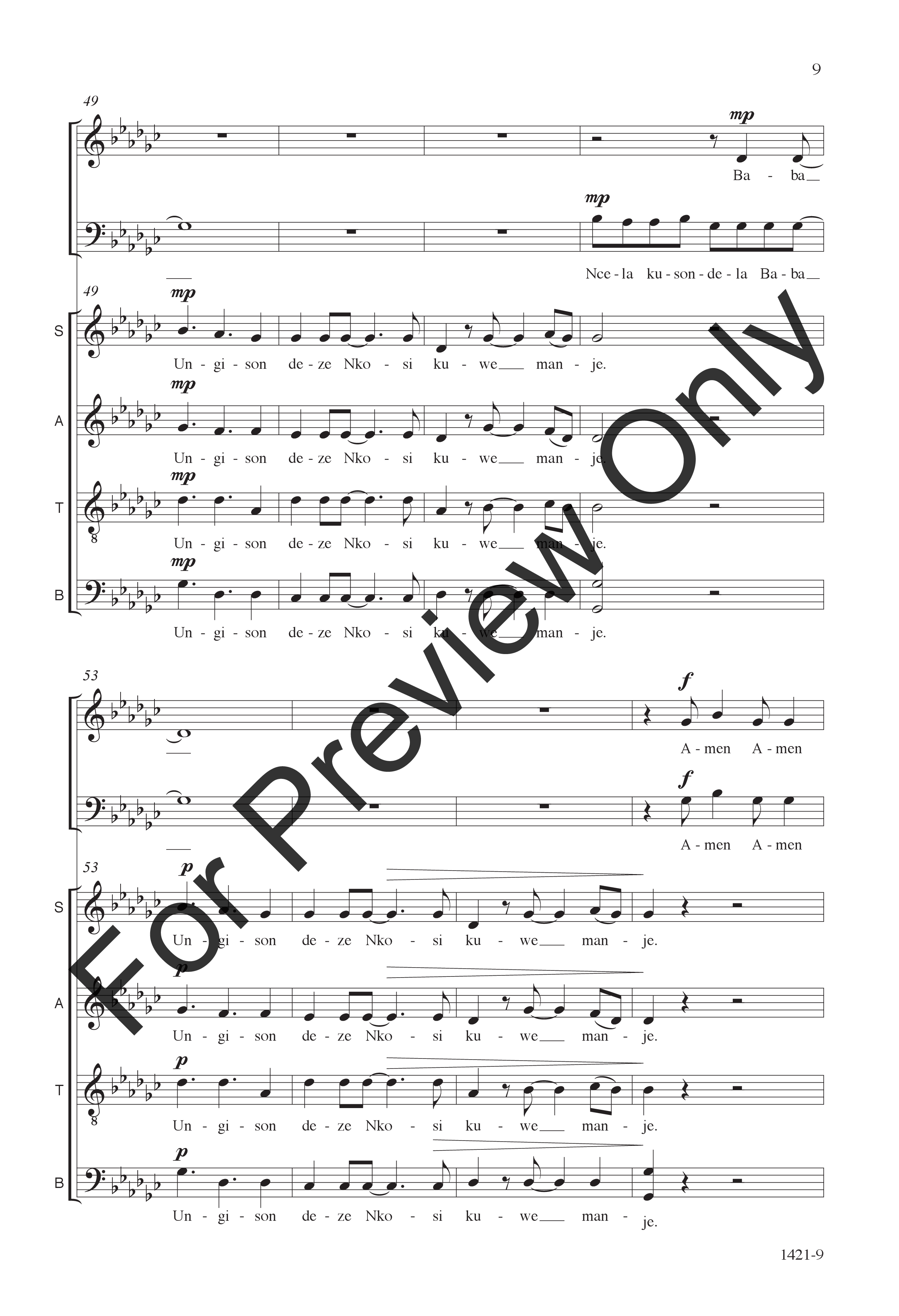 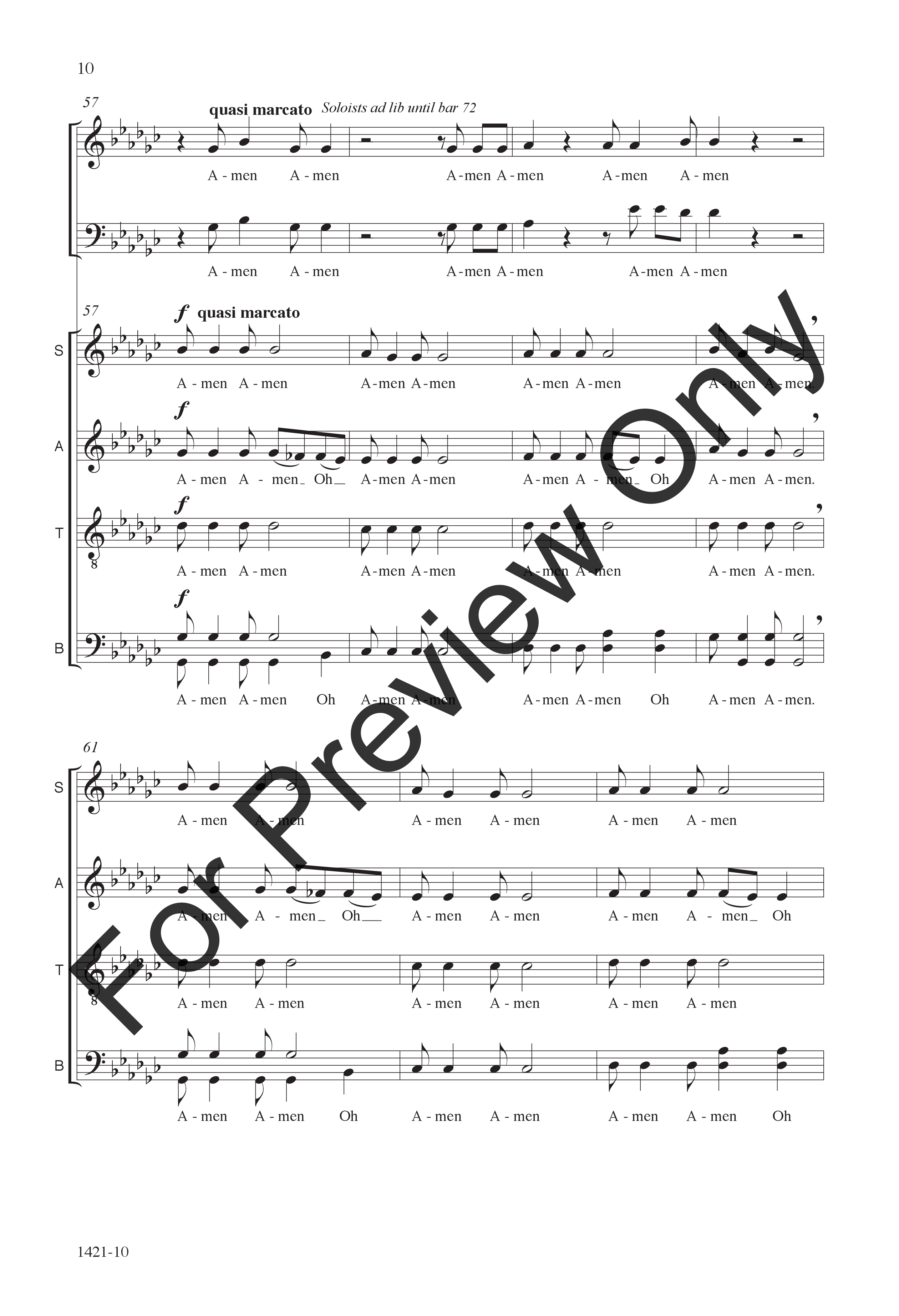 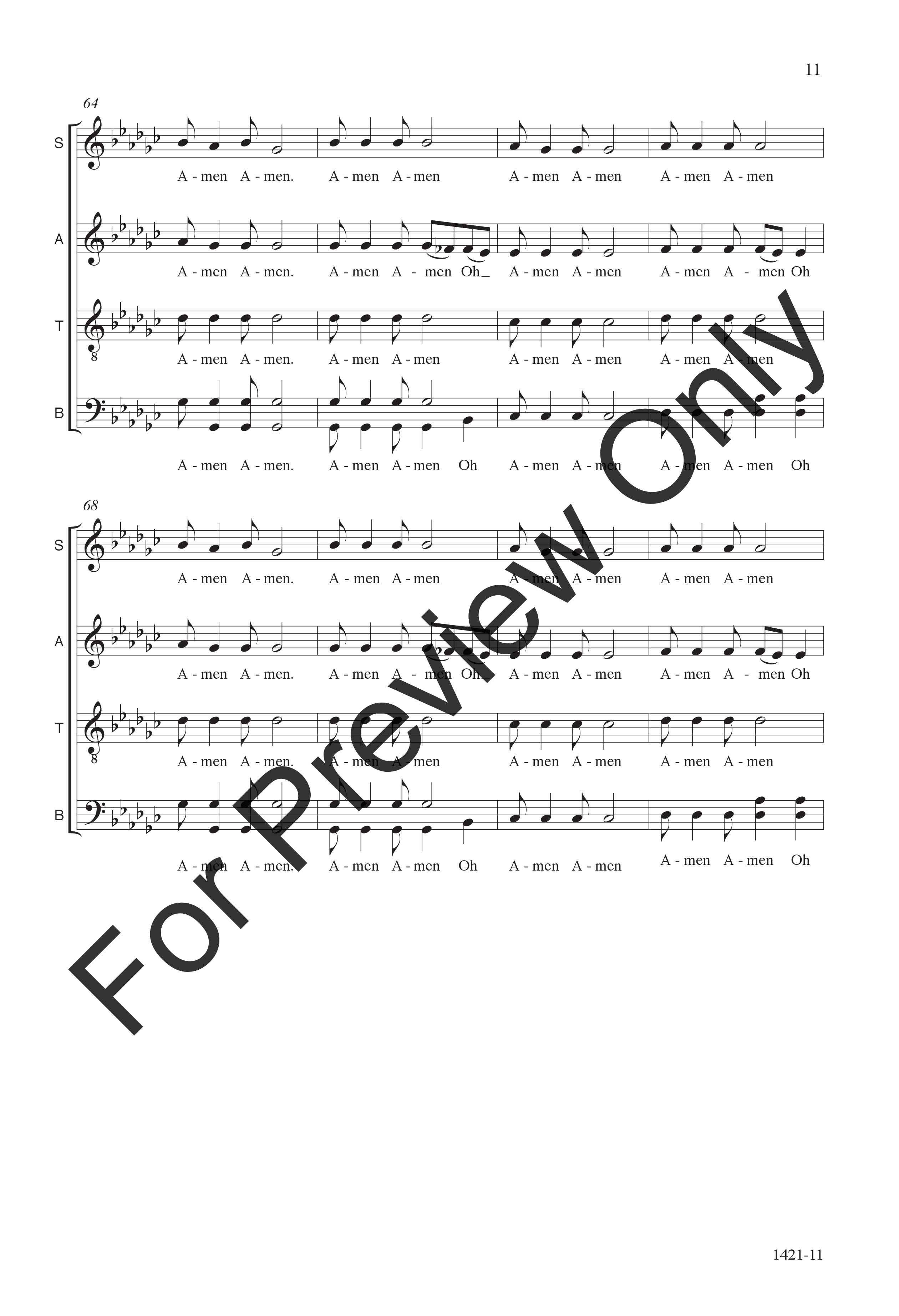 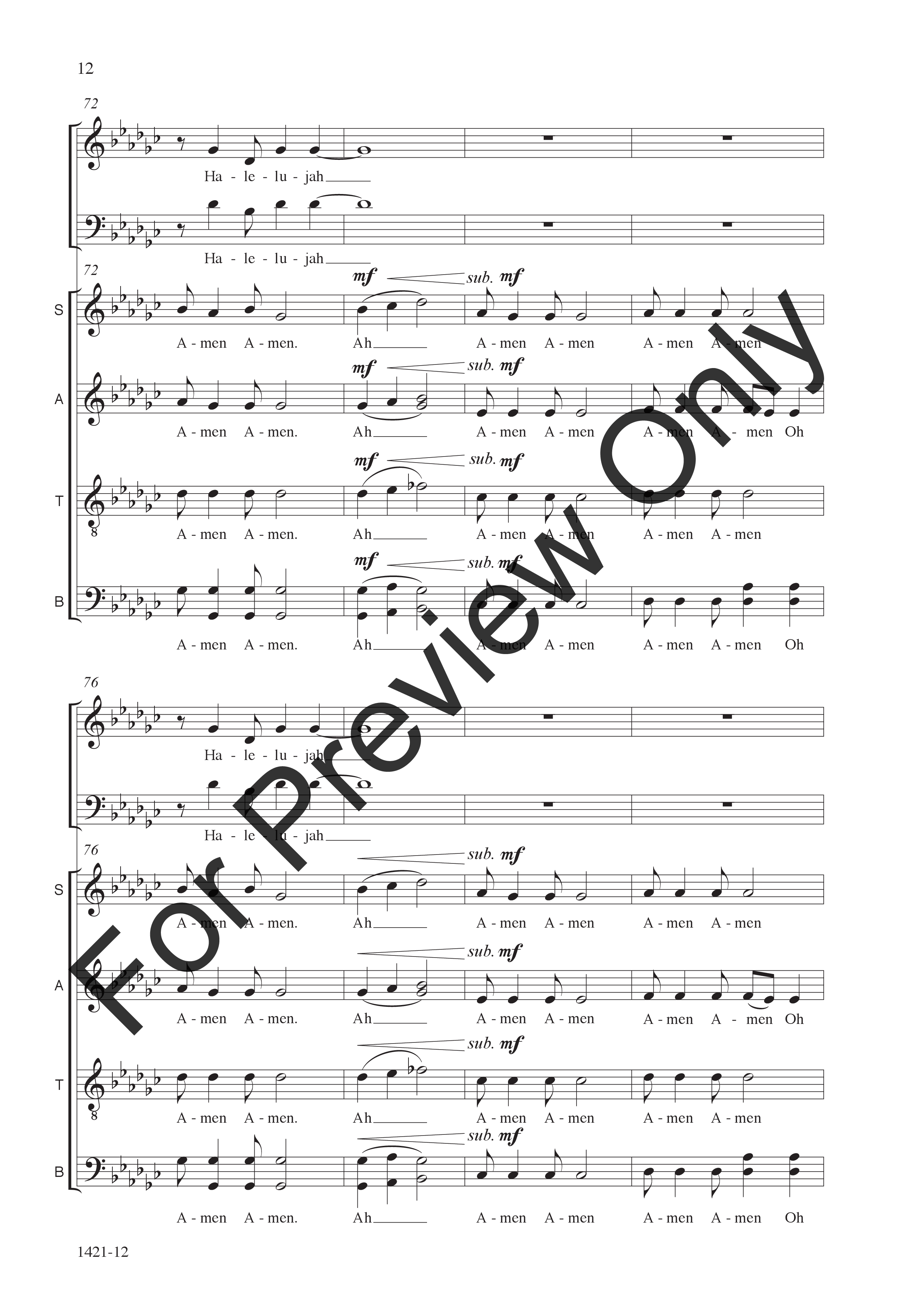 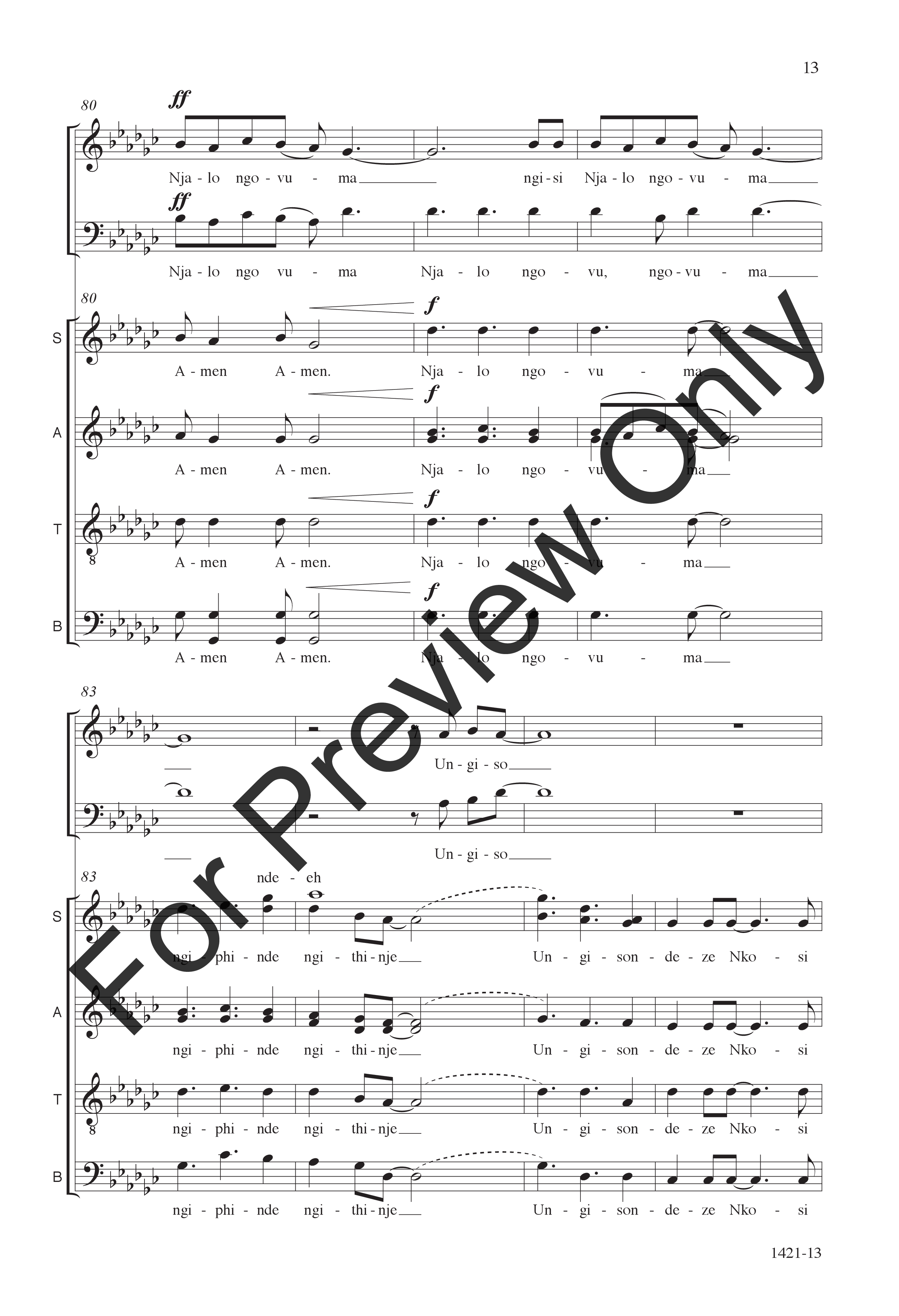 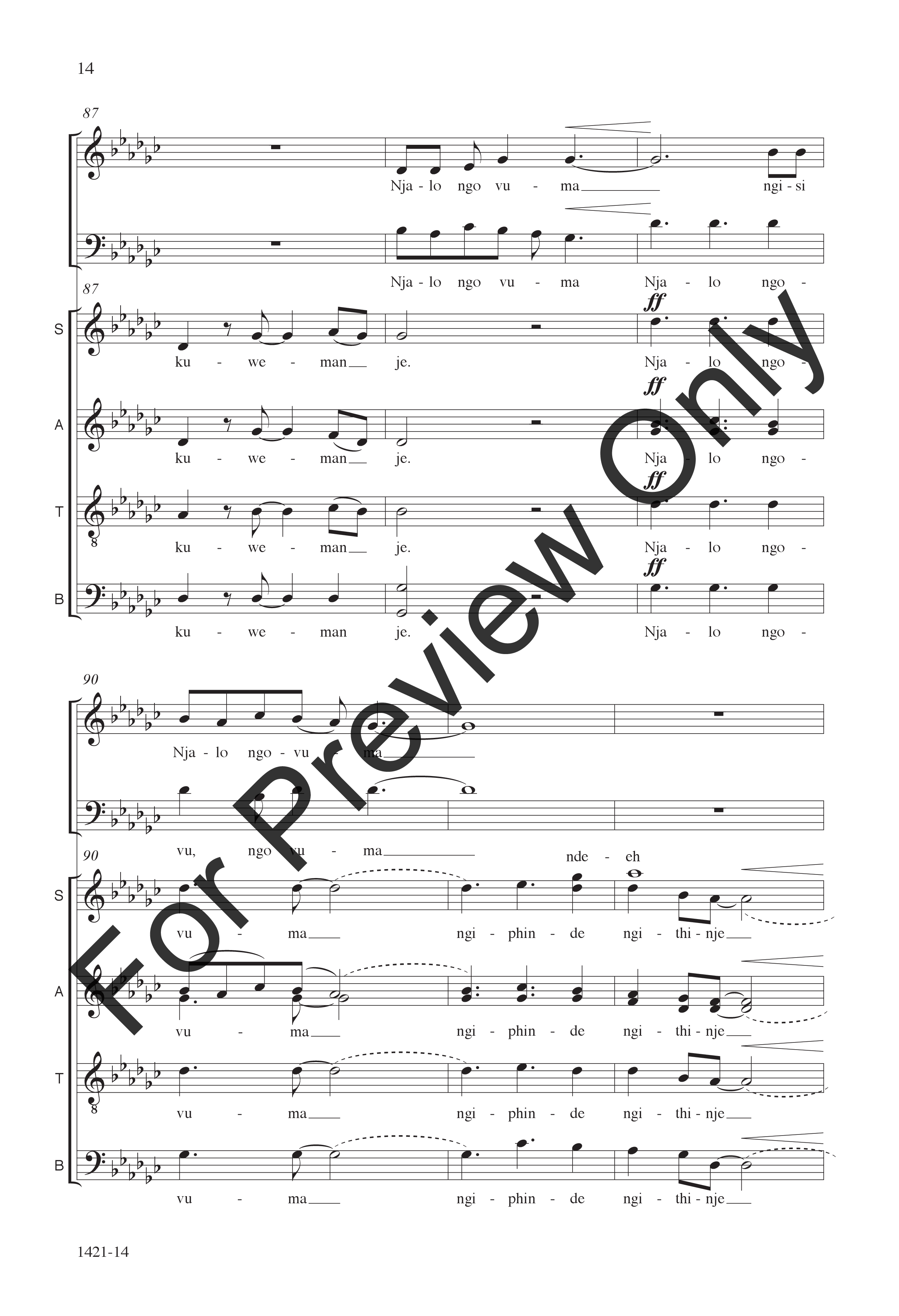 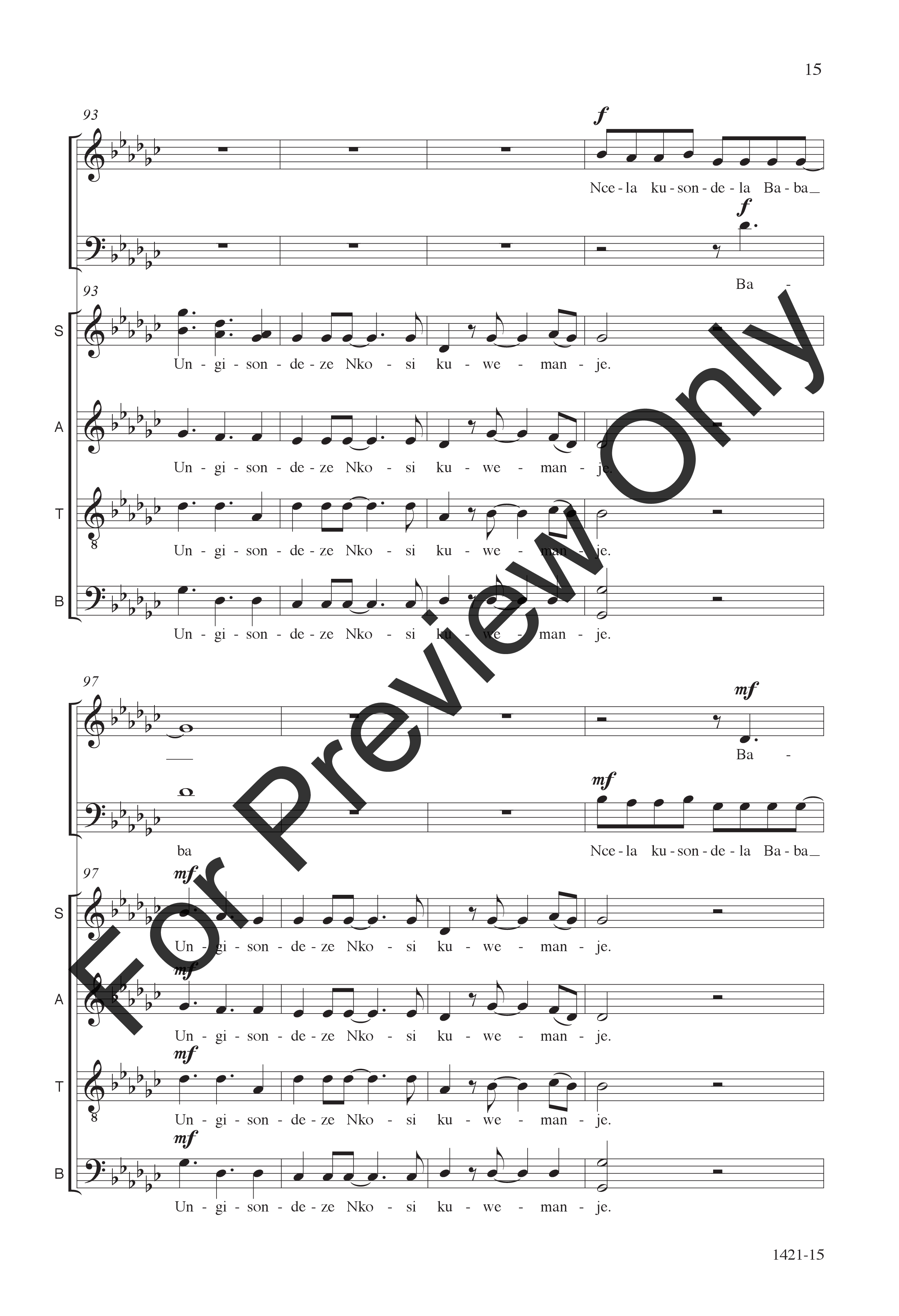 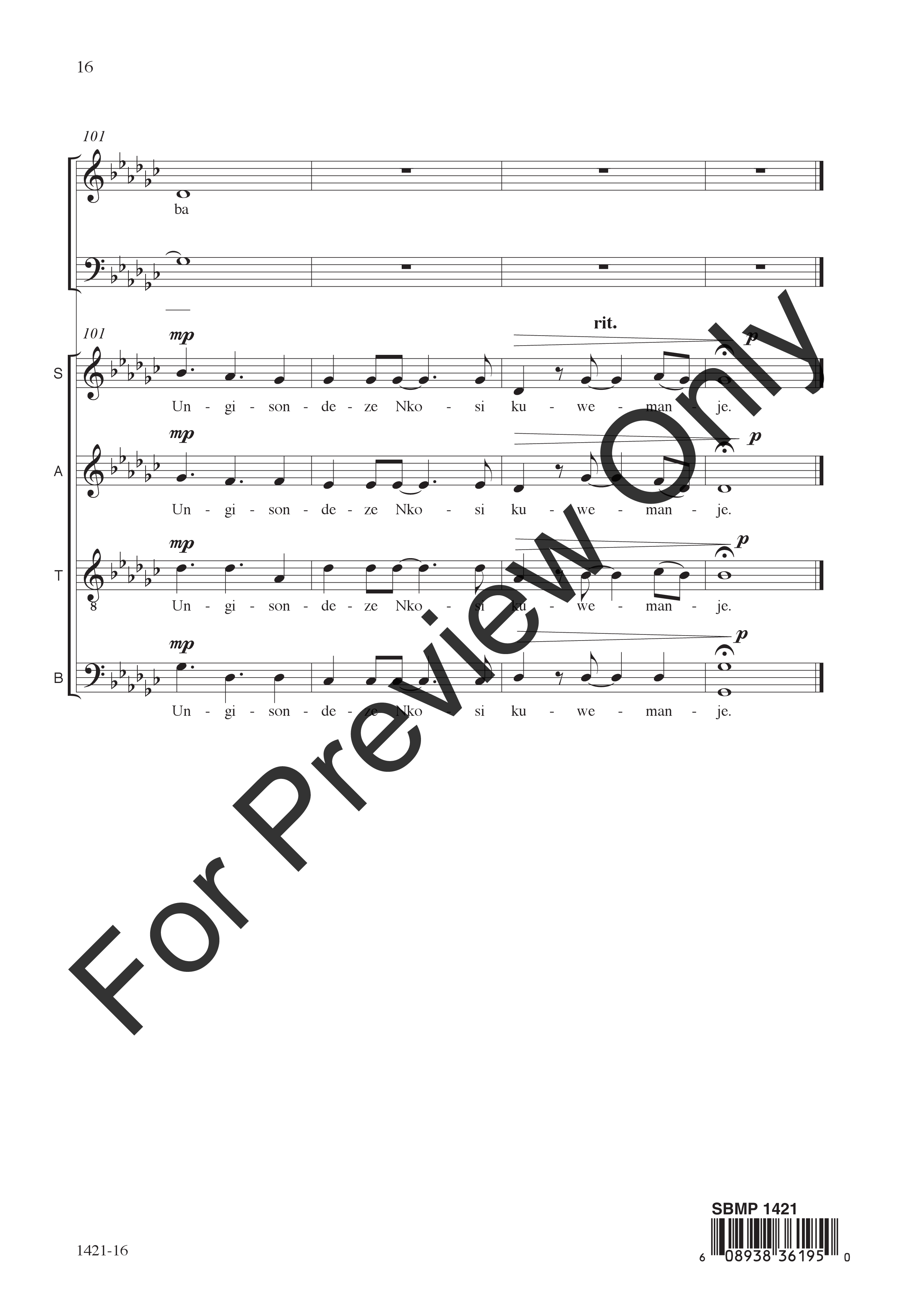 This piece is a traditional praise and worship song from the Zulu culture and is written in the isicathamiya style - a cappella singing with close harmonies - that originated among Zulu mine workers during the apartheid years. Two soloists open the piece with a call followed by response from the choir. Dramatic and powerful, the piece builds throughout with an exciting rhythmic section at its center. The title translates to "Be nearer my Lord." A translation and pronunciation guide are provided.