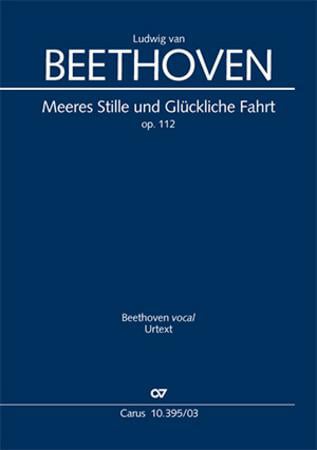 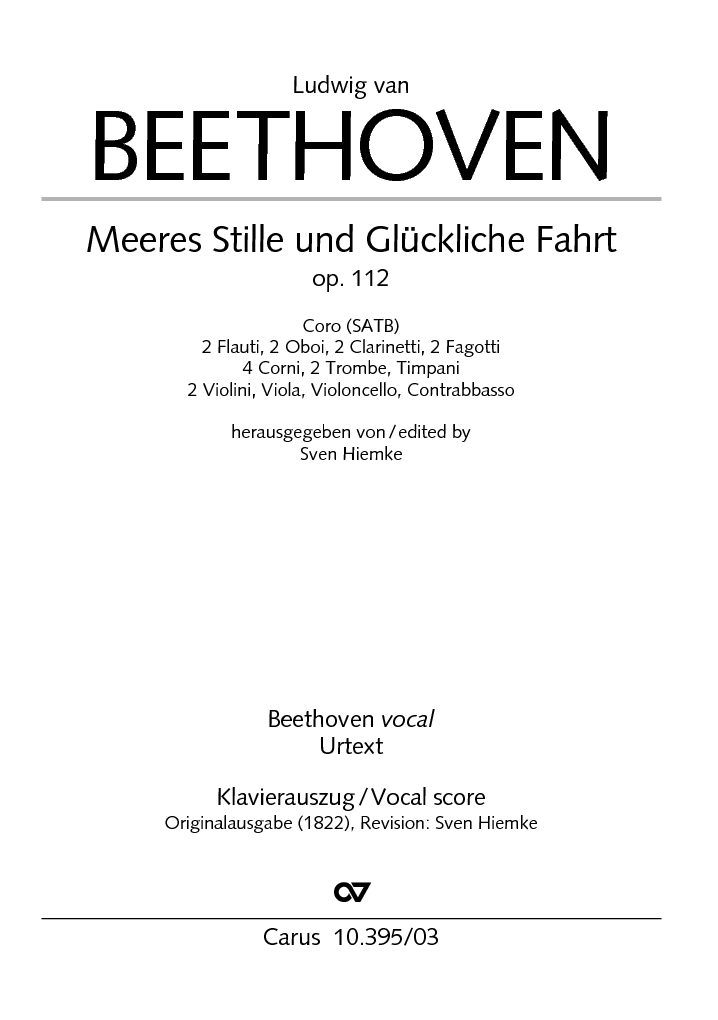 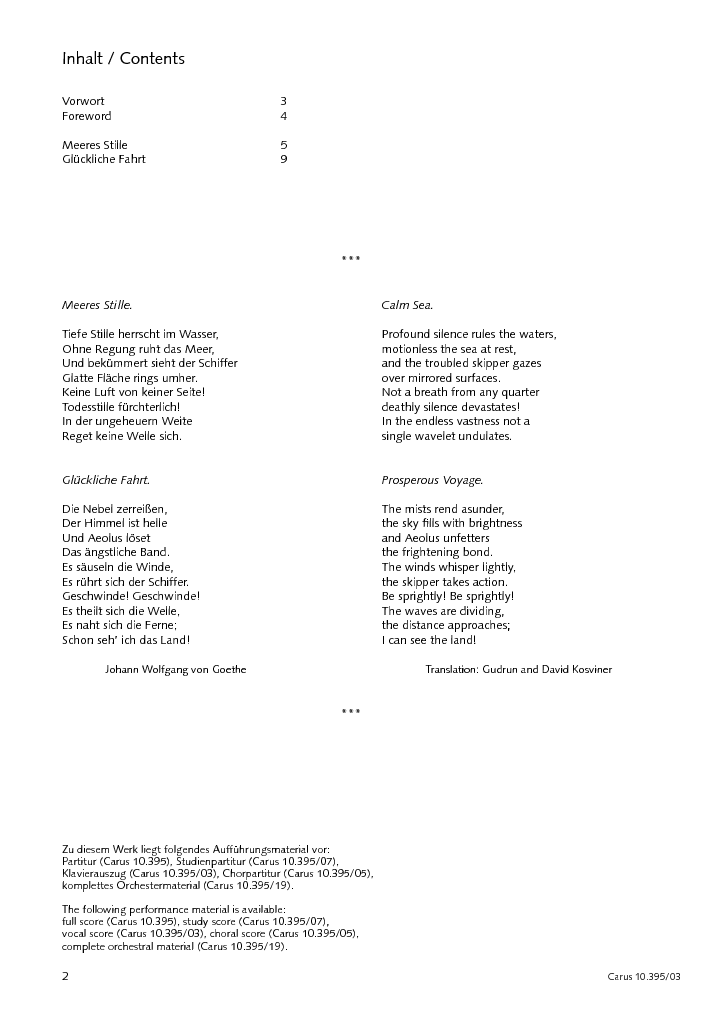 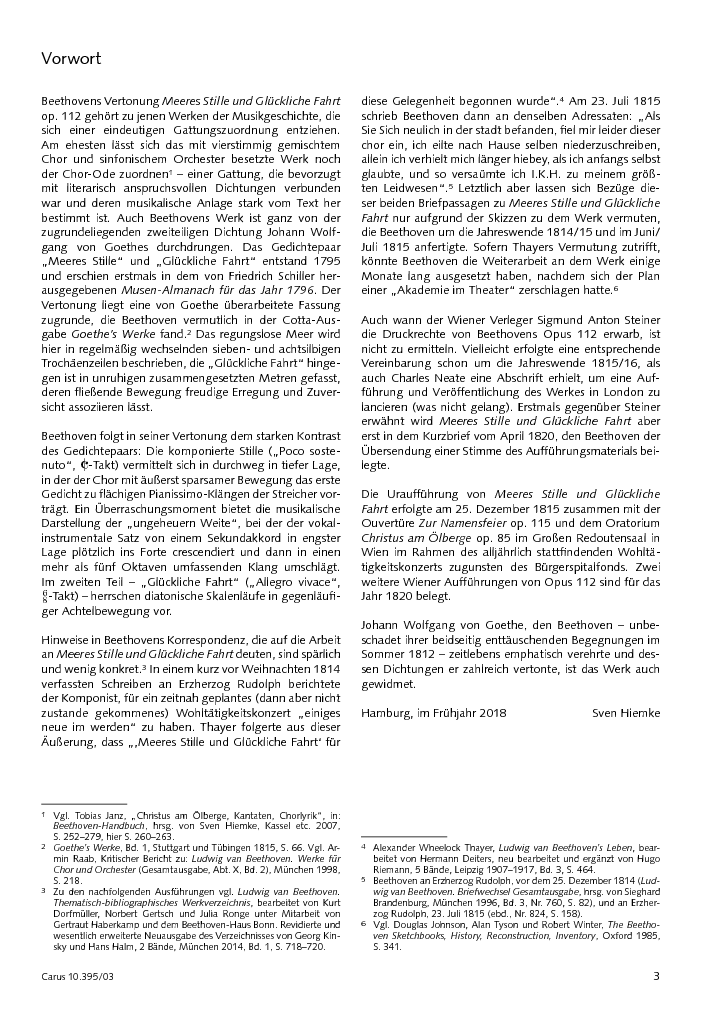 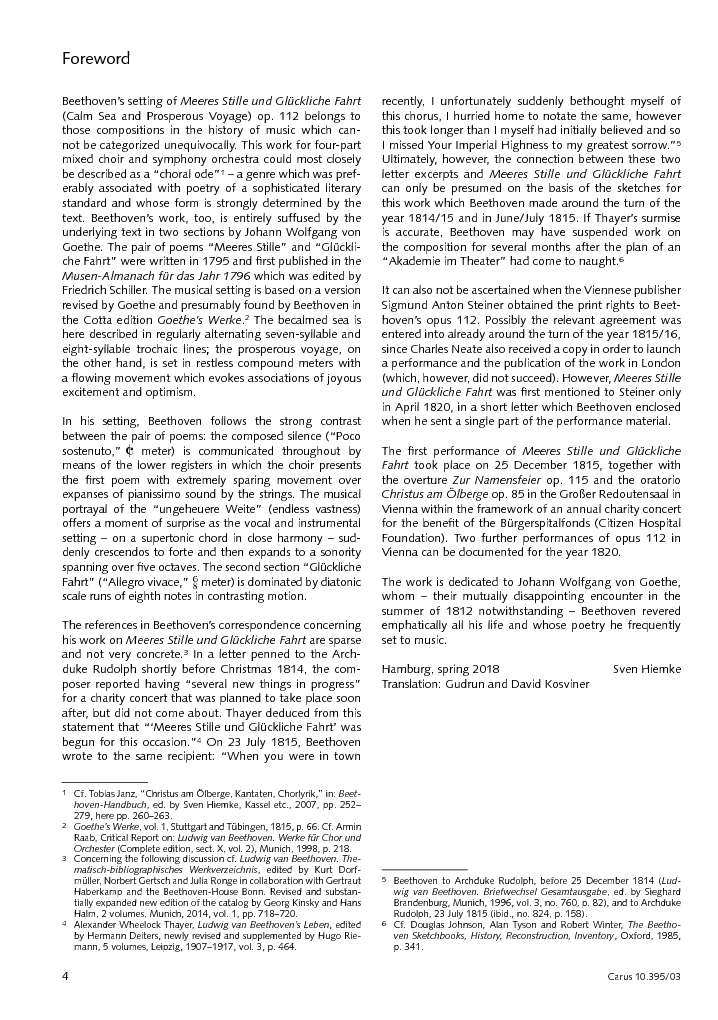 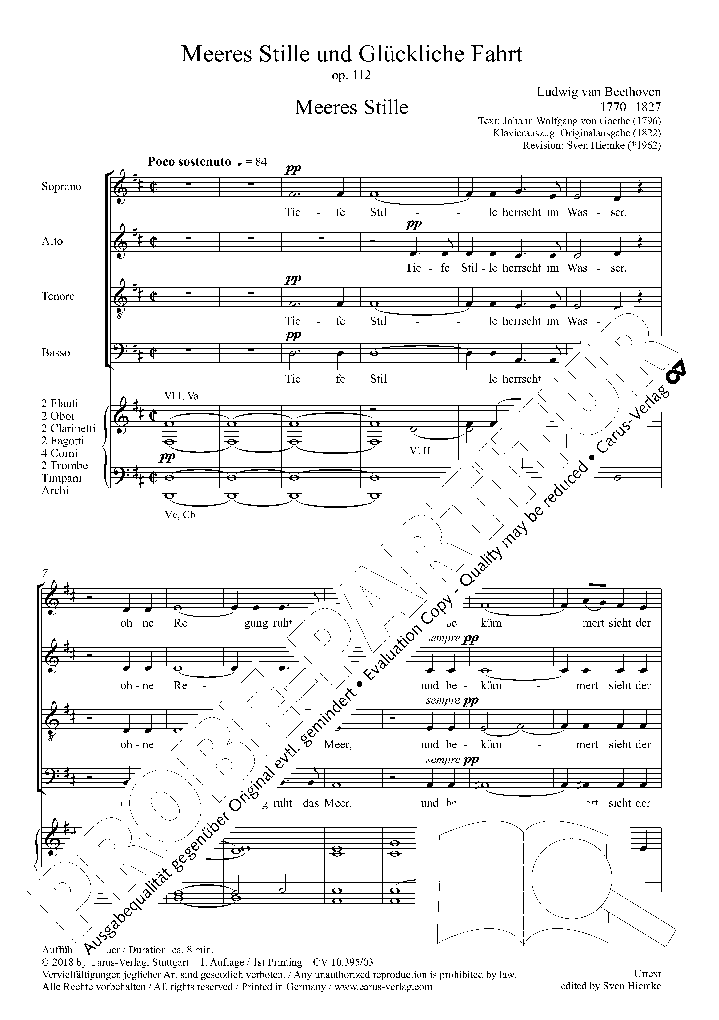 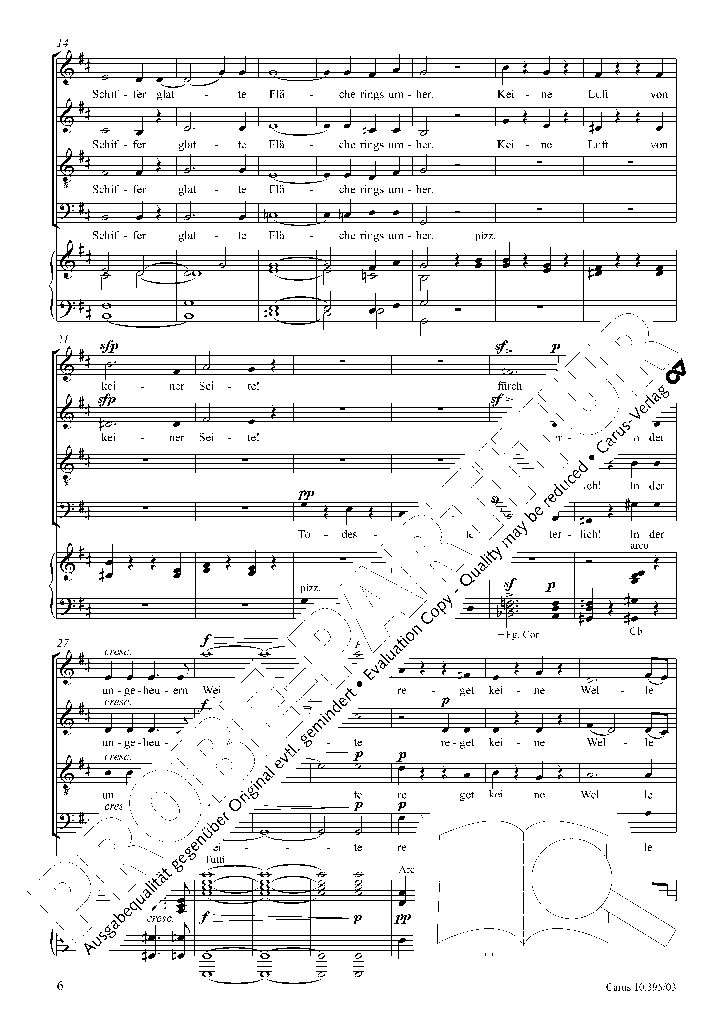 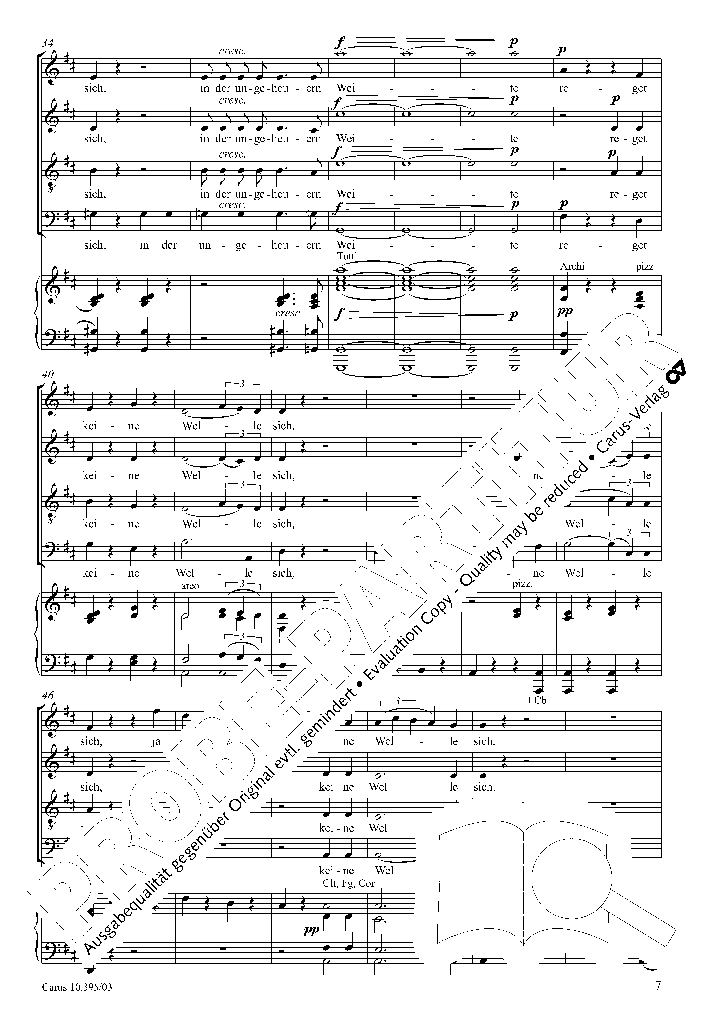 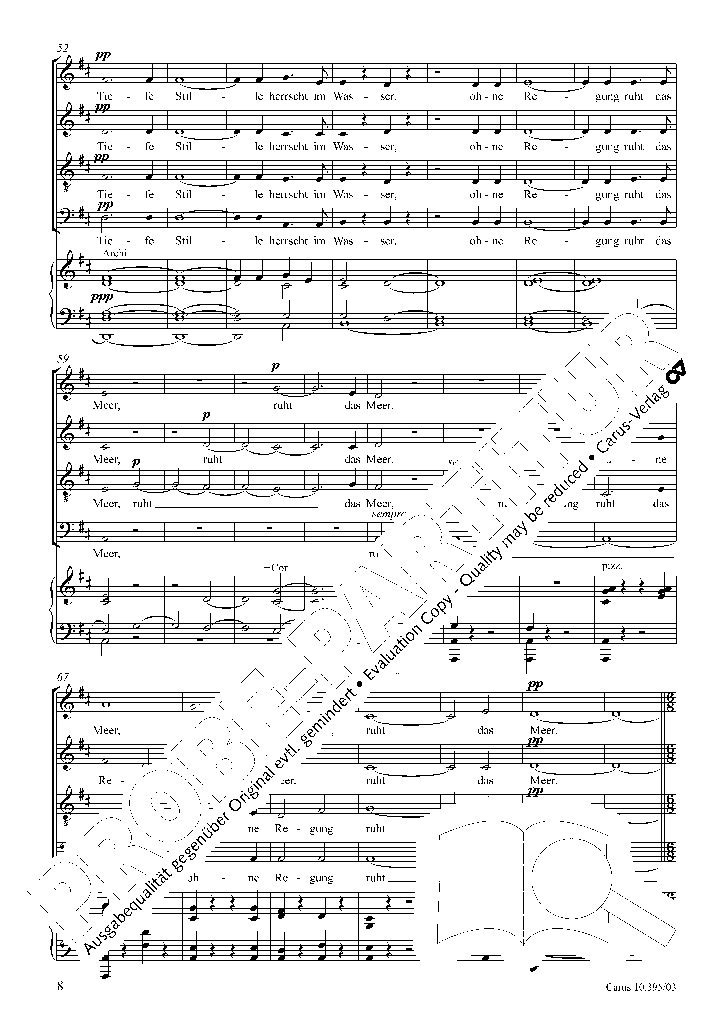 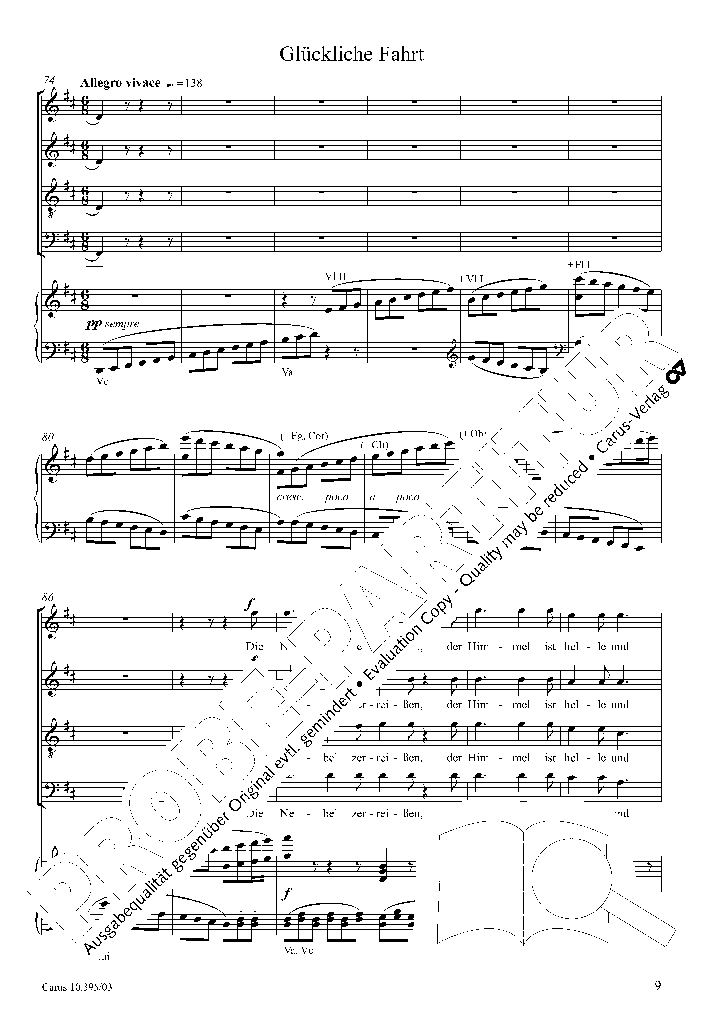 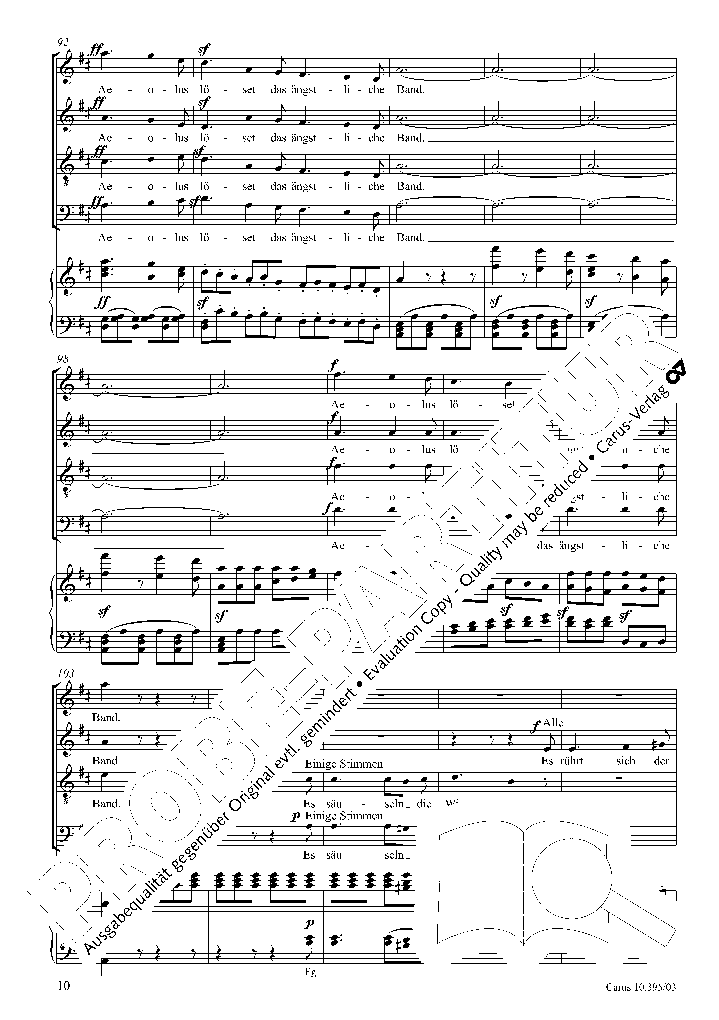 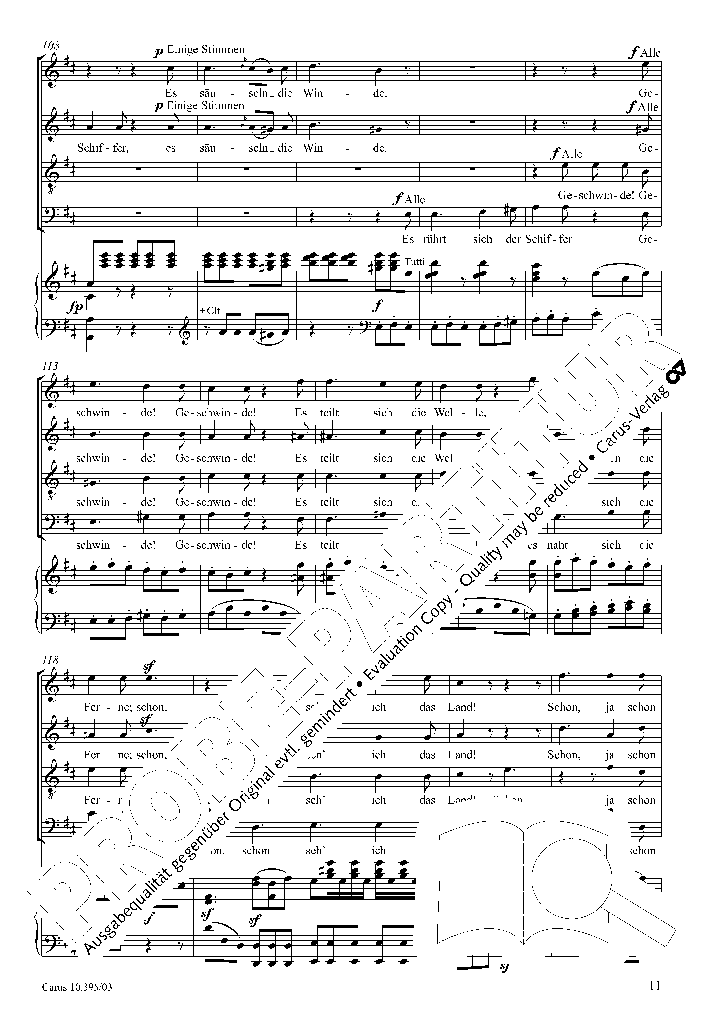 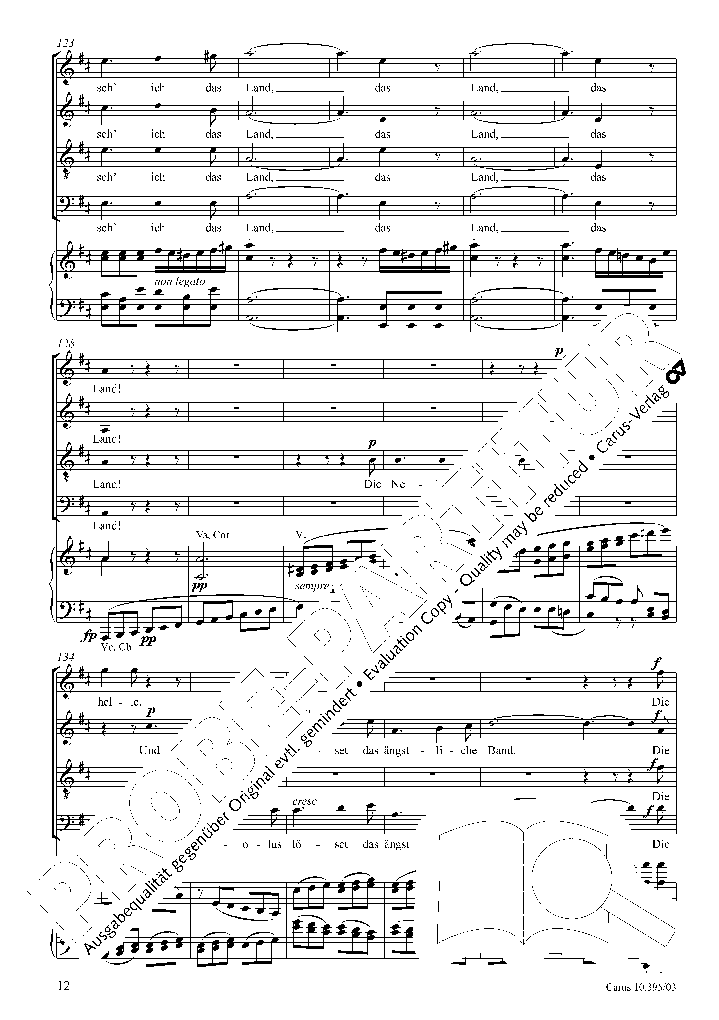 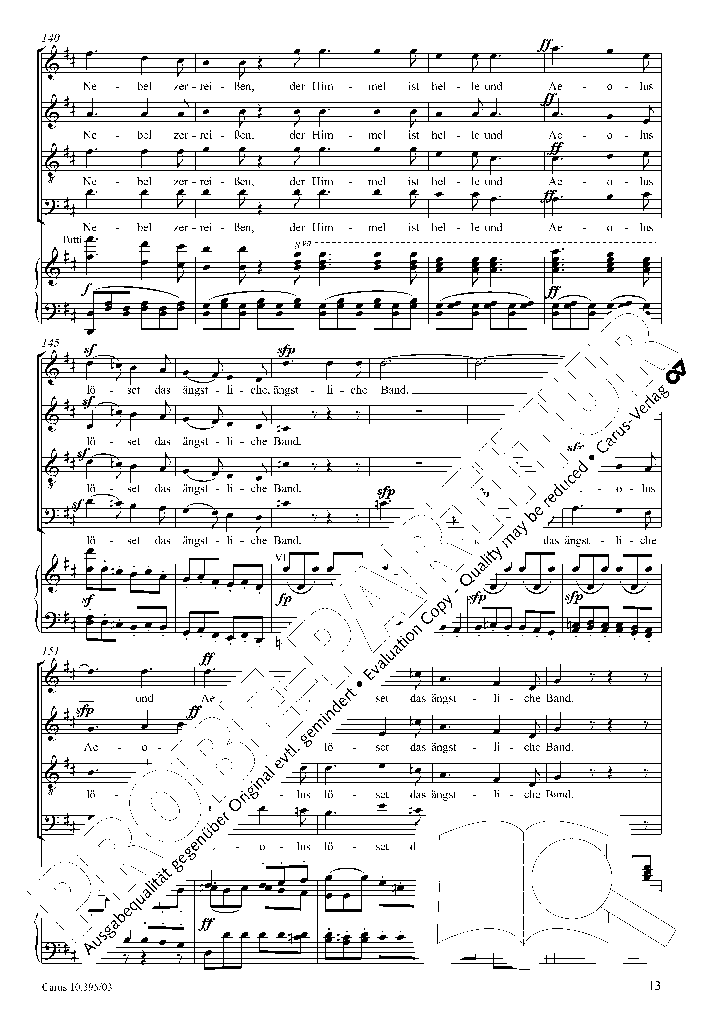 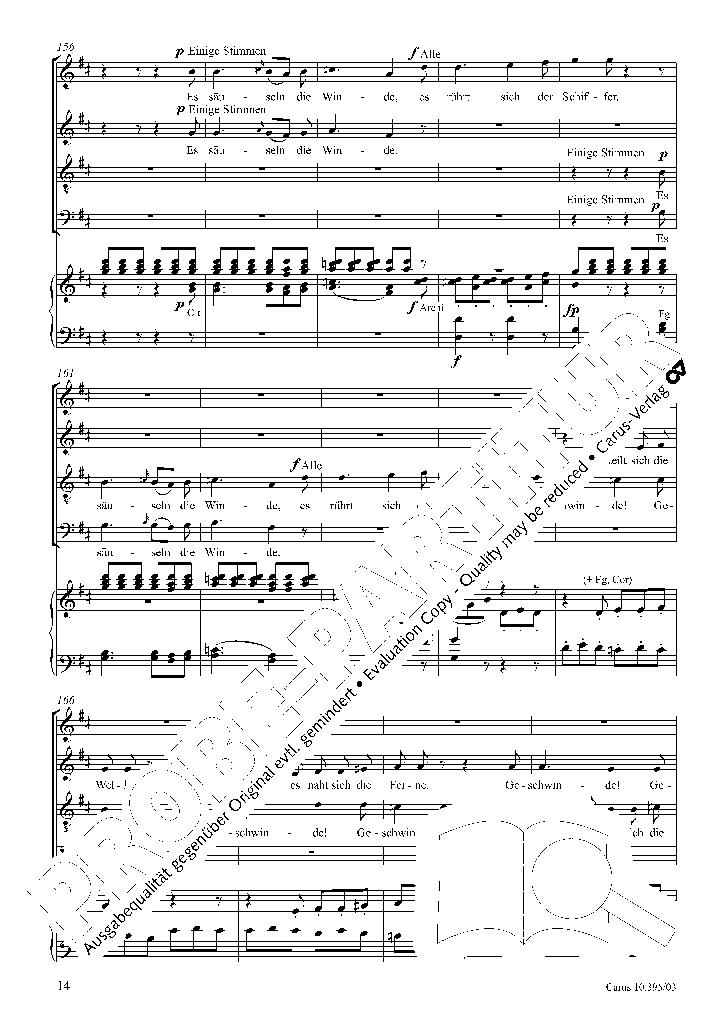 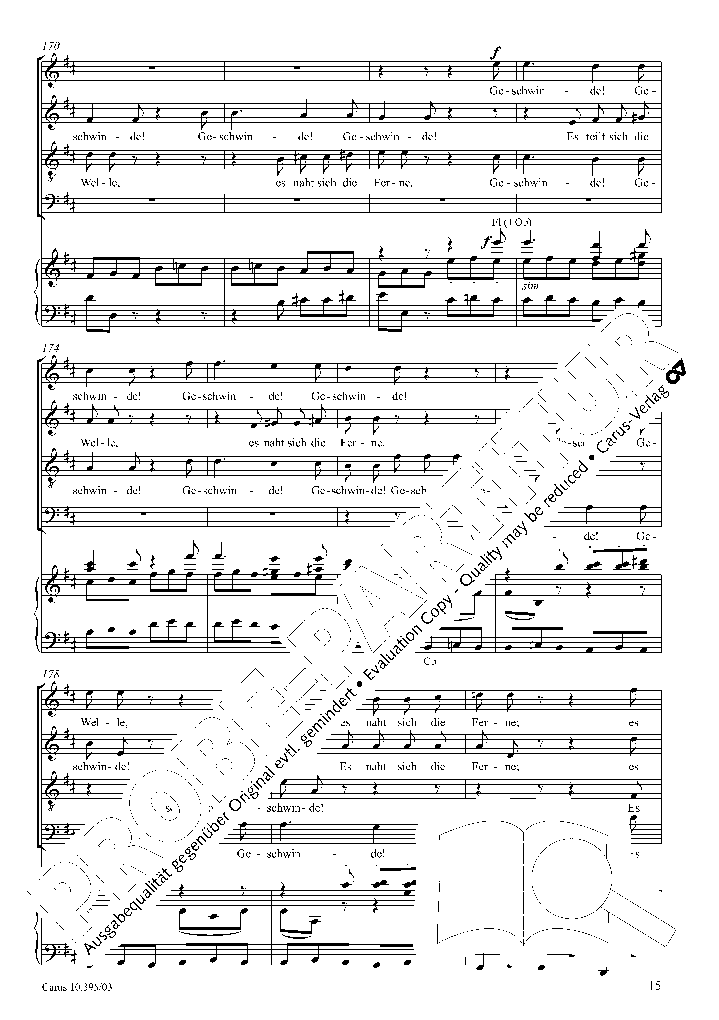 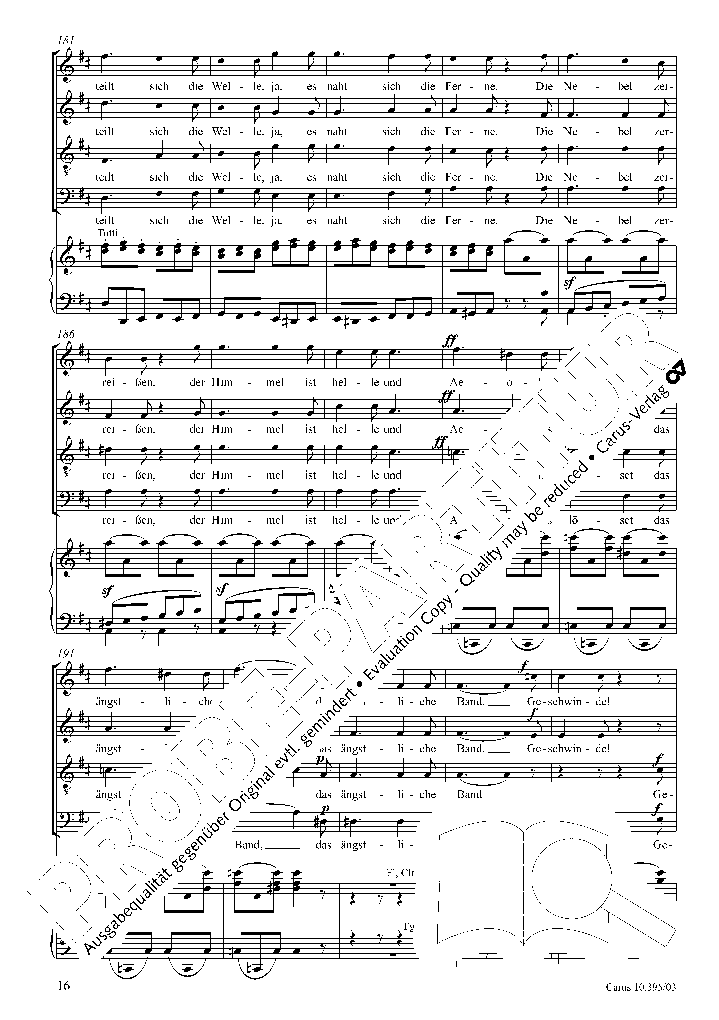 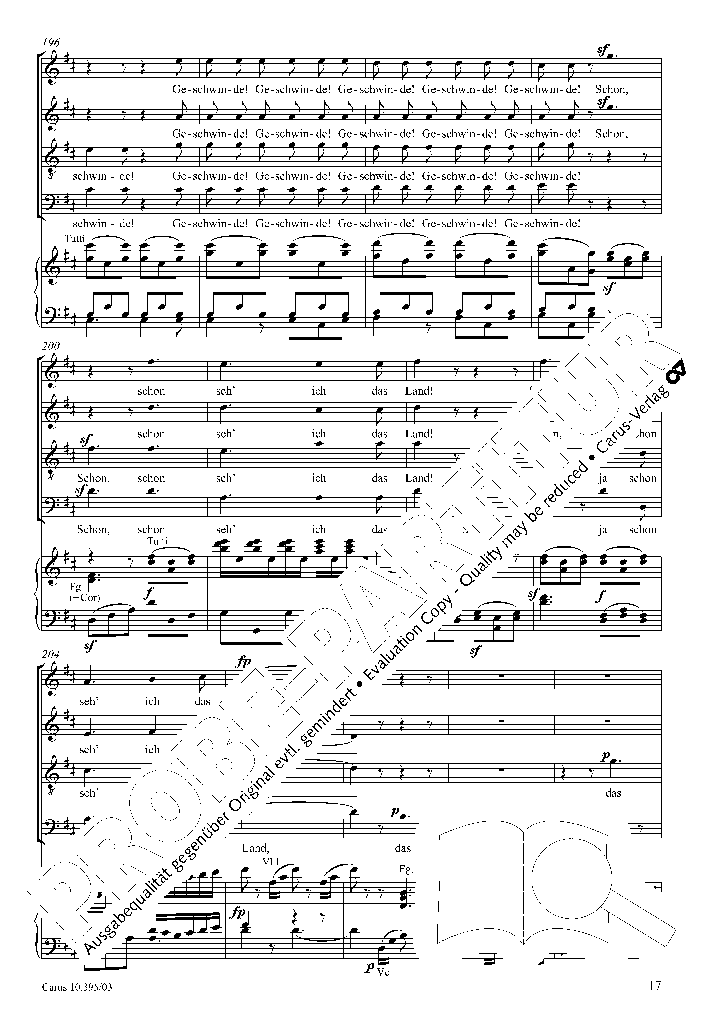 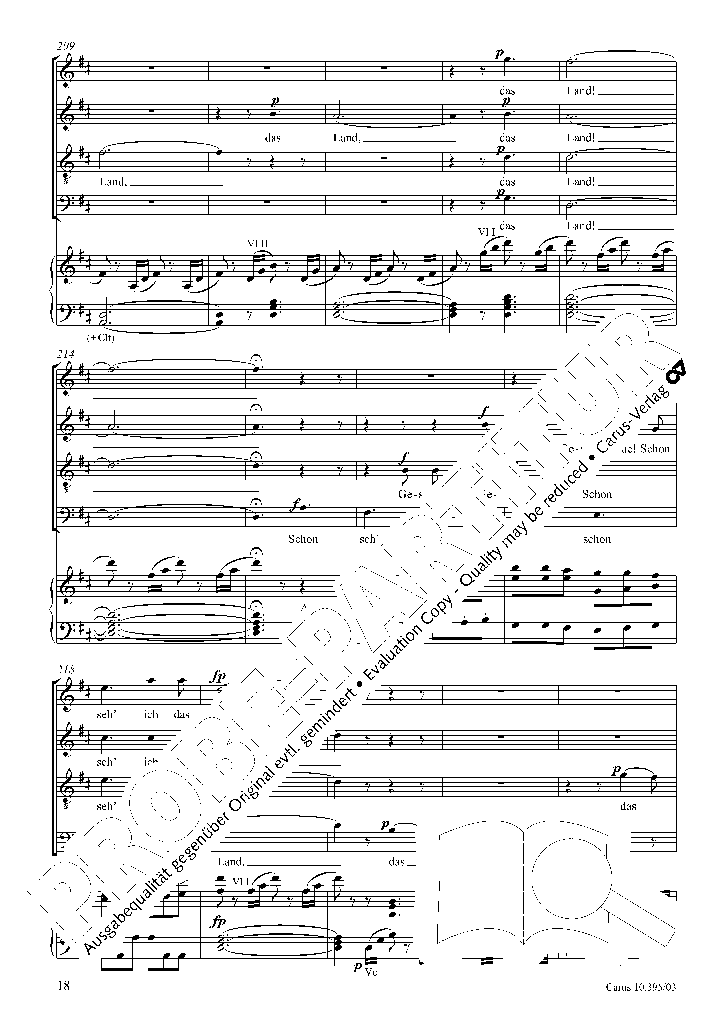 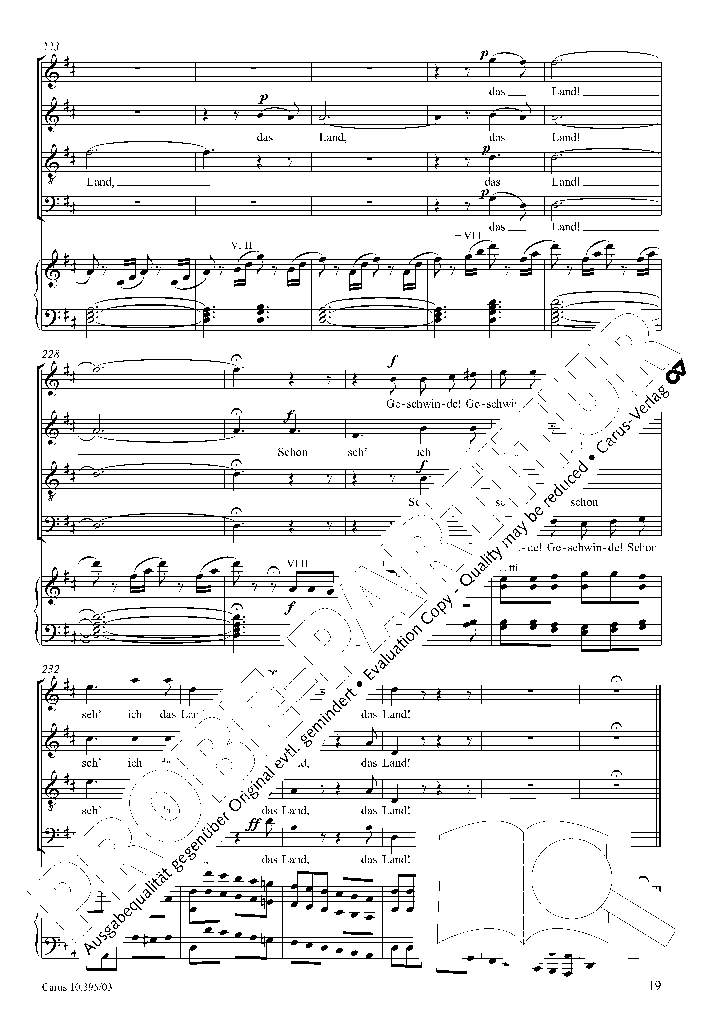 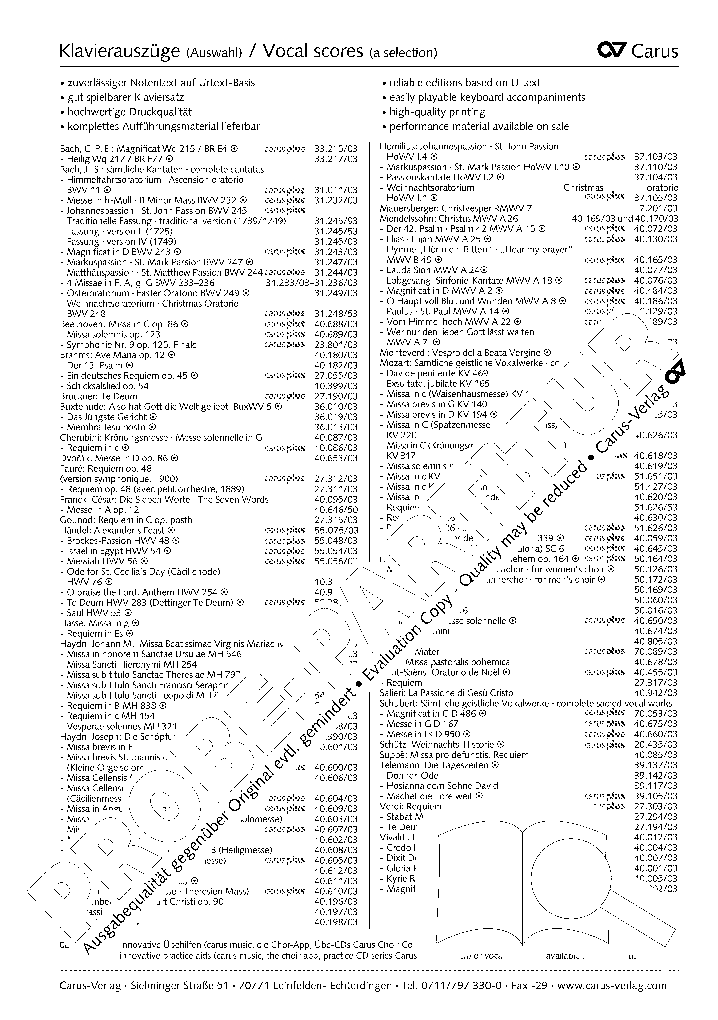 Beethoven's Meeres Stille und Glückliche Fahrt (Calm Sea and Prosperous Voyage), Op. 112 for four-part mixed chorus and symphony orchestra, his setting of a pair of poems by Johann Wolfgang von Goethe, defies straightforward categorization but can best be described as a choral ode. Beethoven, in fact, never voyaged by see, but this composition continues to surprise even today. In Meeres Stille, he musically depicts the smooth surface of the motionless water and its oppressive calm with the same intensity as a freshening wind, with which Aeolus, the god of the winds, ultimately enabled the longed-for "prosperous voyage" to take place. The calmness of the motionless sea is conveyed in the low registration used throughout, in which the chorus sings the first poem accompanied by washes of pianissimo sounds on the strings. There is a surprising moment with the musical portrayal of the "ungeheuere Weite" (immense breadth), at which the vocal-instrumental writing suddenly crescendos to forte and unfolds into a texture of over five octaves. By contrast, Glückliche Fahrt is written in restlessly compiled meters with flowing movement, with diatonic scale passages which evoke happy excitement and confidence. The work was dedicated to Goethe, whom Beethoven greatly admired throughout his life. The work has now been published in a new Urtext critical edition based on the first printed edition and the performance score which Beethoven himself checked and corrected.

Copyright: Stuttgart, Germany: Carus-Verlag ©2018
Select a Product
My Library
What is My Library?
Full Song List

The entire Pepper team thanks every teacher and director working to support your community. Look for free resources at cuedin.com and jwpepper.com/teachingonline. We are here for you! Best to reach us by email at [email protected] or call 1-800-345-6296. Our current phone hours are Monday-Friday 9:00-6:00 ET.