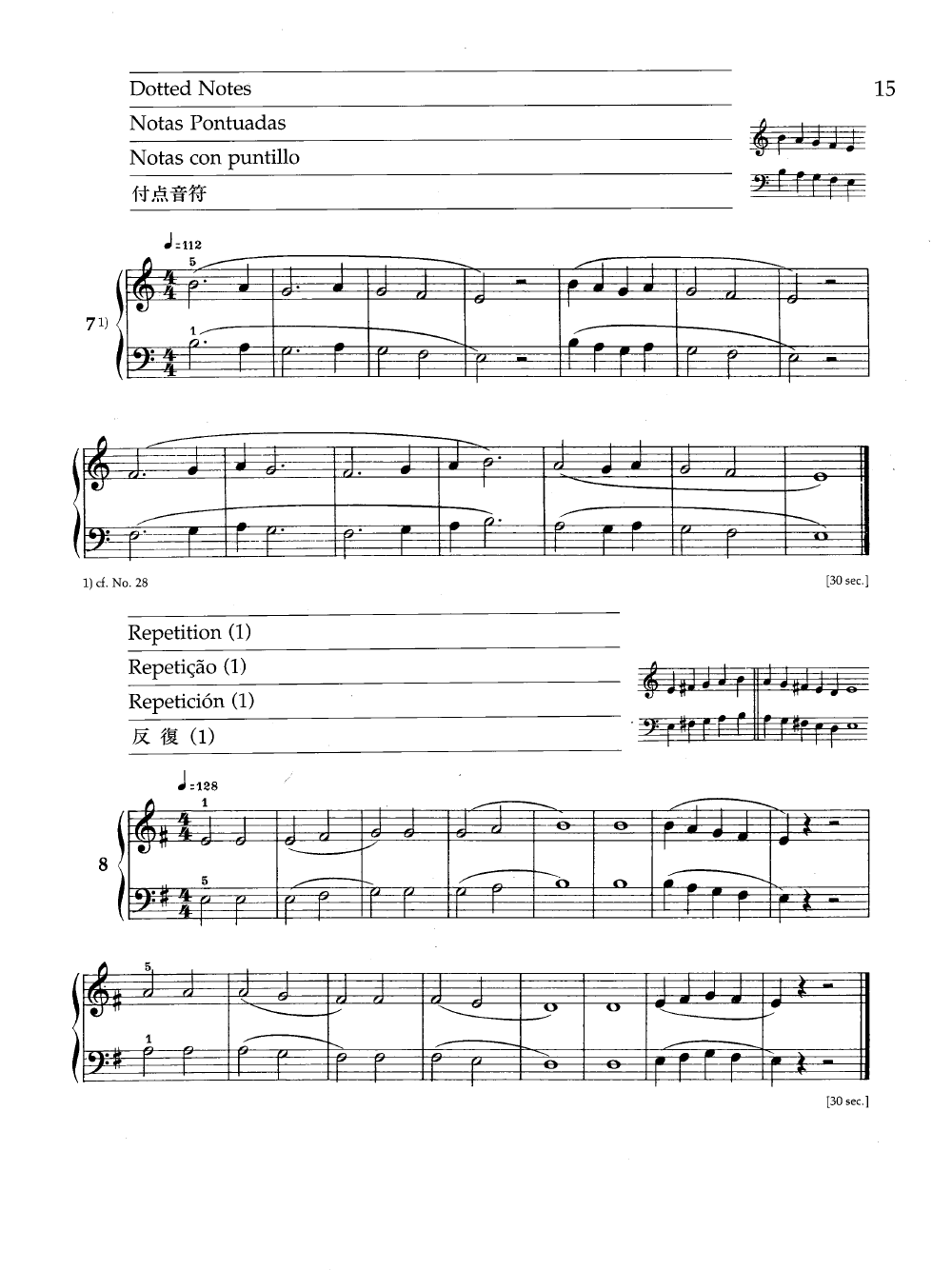 In 1945 Bela Bartok described Mikrokosmos as a cycle of 153 pieces for piano written for "didactic" purposes, seeing them as a series of pieces in many different styles, representing a small world, or as the "world of the little ones, the children." Stylistically, Mikrokosmos reflects the influence of folk music on Bartok's life. The rhythms and harmonies he employed create music that is as modern today as when the cycle was written. The 153 pieces making up Mikrokosmos are divided into six volumes arranged according to technical and musical difficulty. Major teaching points highlighted in Volume 1 include unison melodies, question and answer, imitation and inversion. Volume 2 includes staccato, legato, accompaniment in broken triads, and accents. Volume 3 covers triplets, broken chords, and chromatic invention. Volume 4 covers thumb under, crossed hands, and triplets in 9/8 time. Volume 5 covers chords together and opposed, studies in double notes, and the whole tone scale and Volume 6 includes divided arpeggios, minor seconds, major sevenths, and ostinato. Standard editions contain text in English, French, German, and Hungarian.  Universal editions contain text in English, Portuguese, Spanish, and Japanese.  All volumes contain a preface by the editor, Peter Bartok (Bela Bartok's son), and a preface by the composer.
Select a Product
My Library
What is My Library?
Full Song List