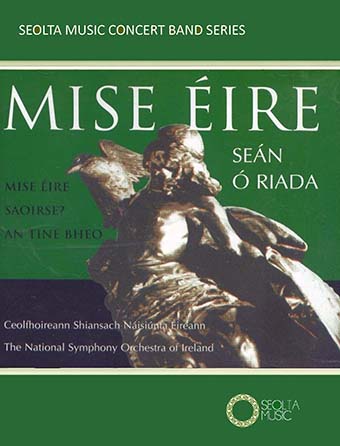 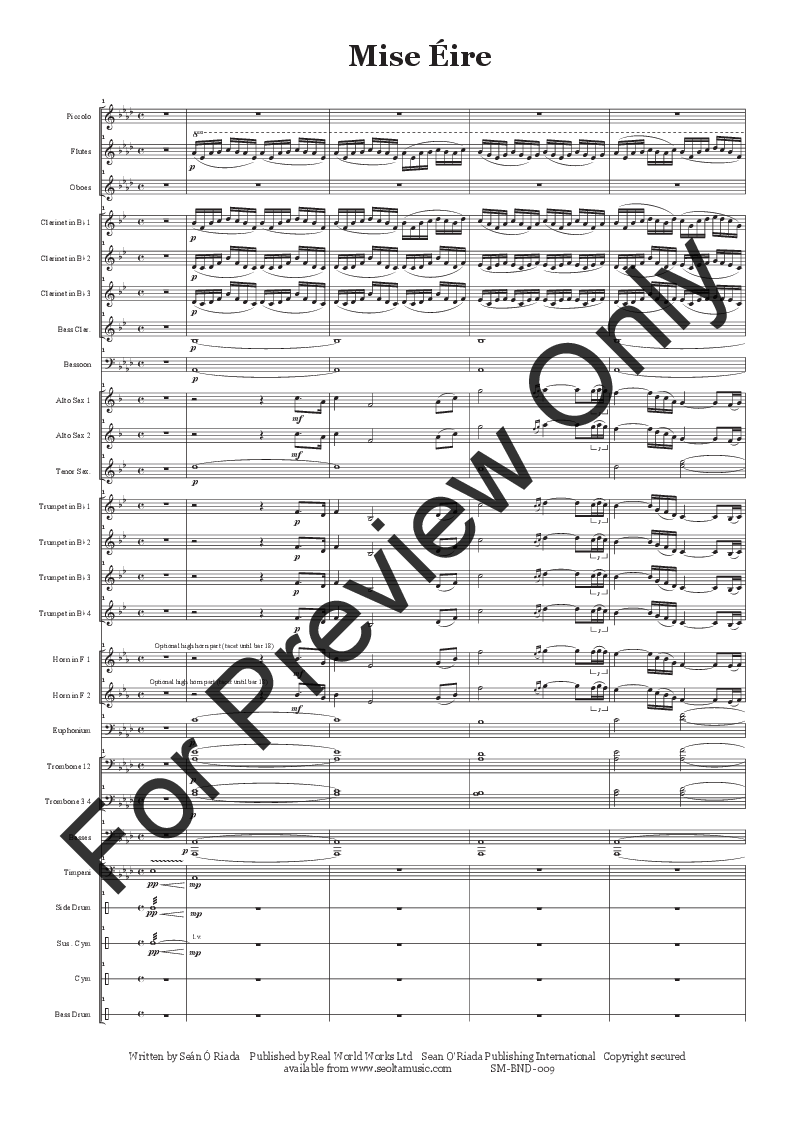 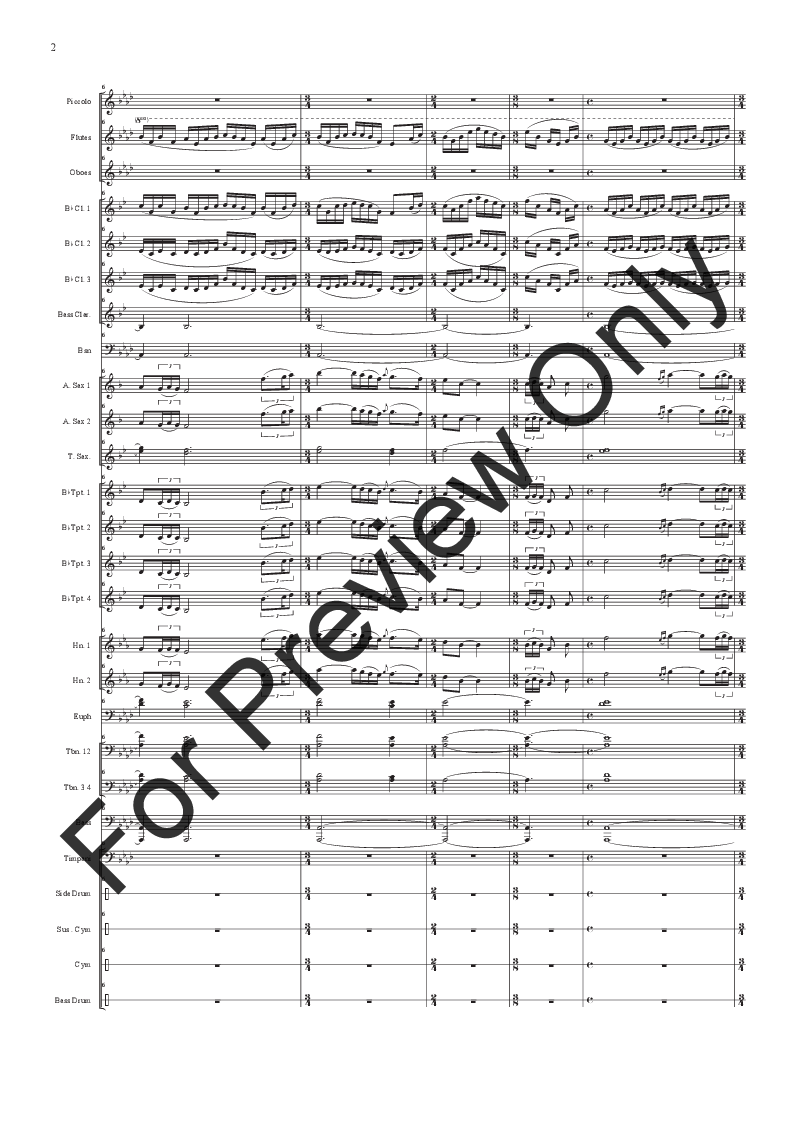 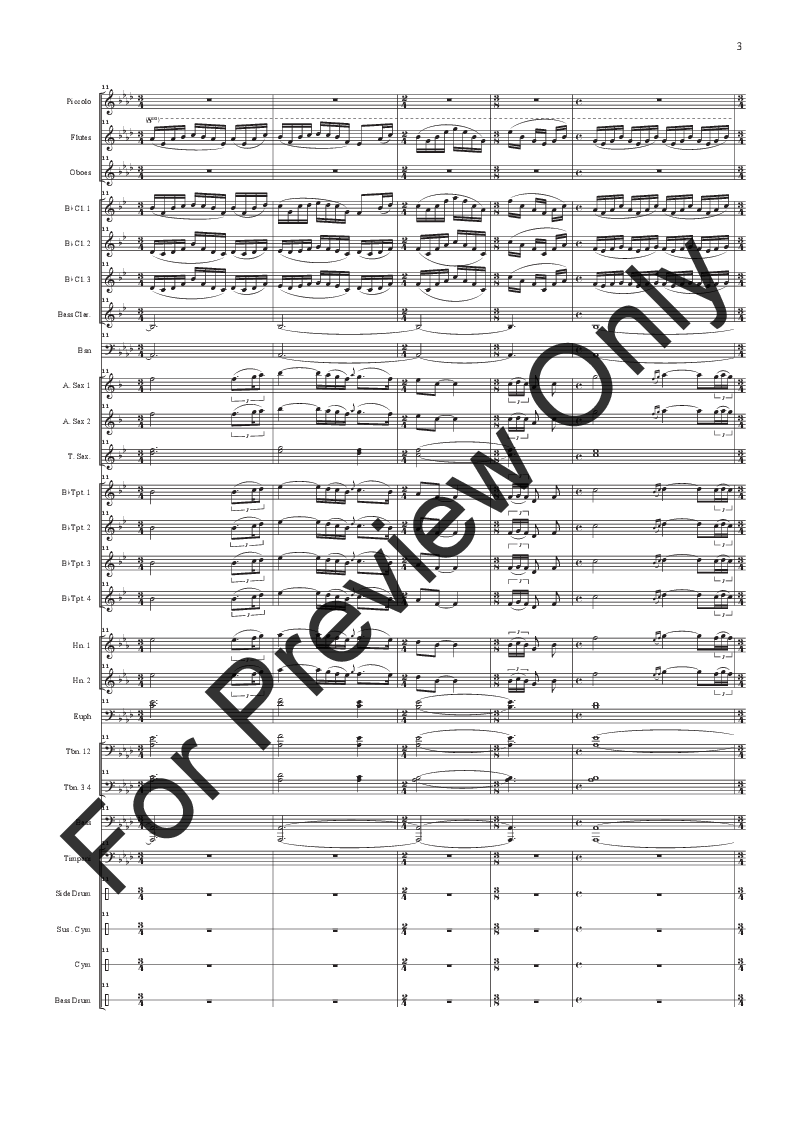 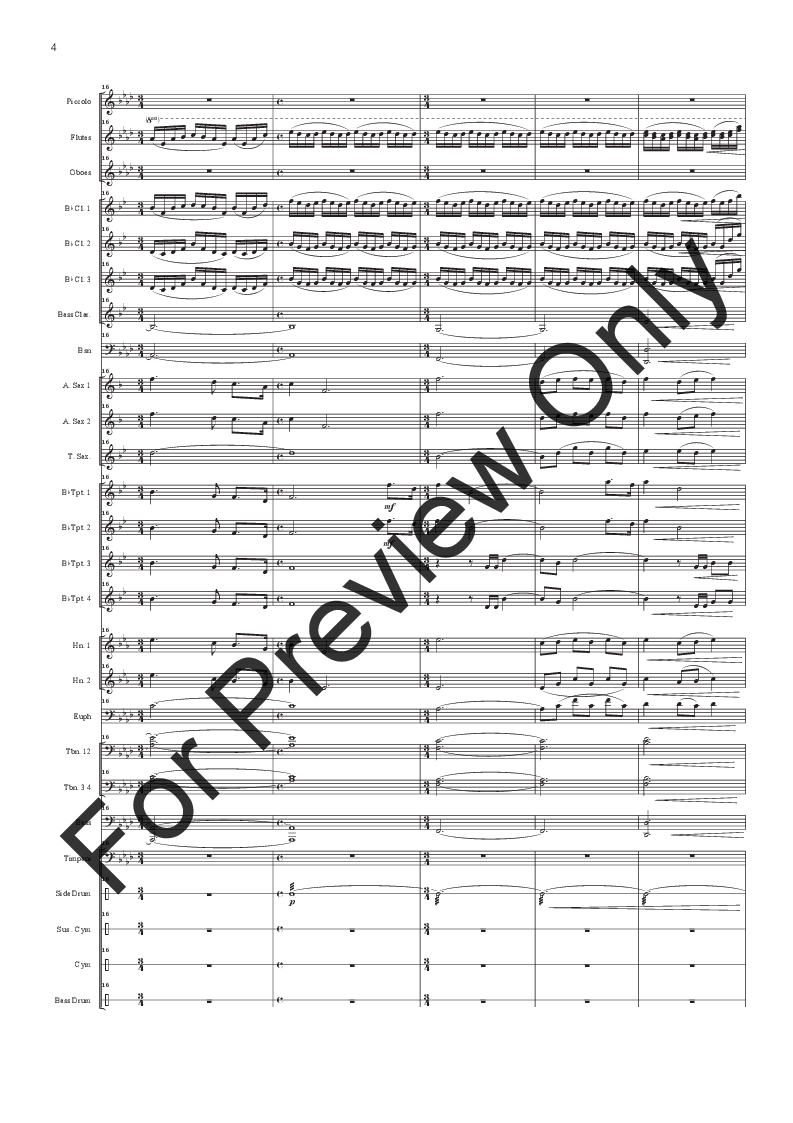 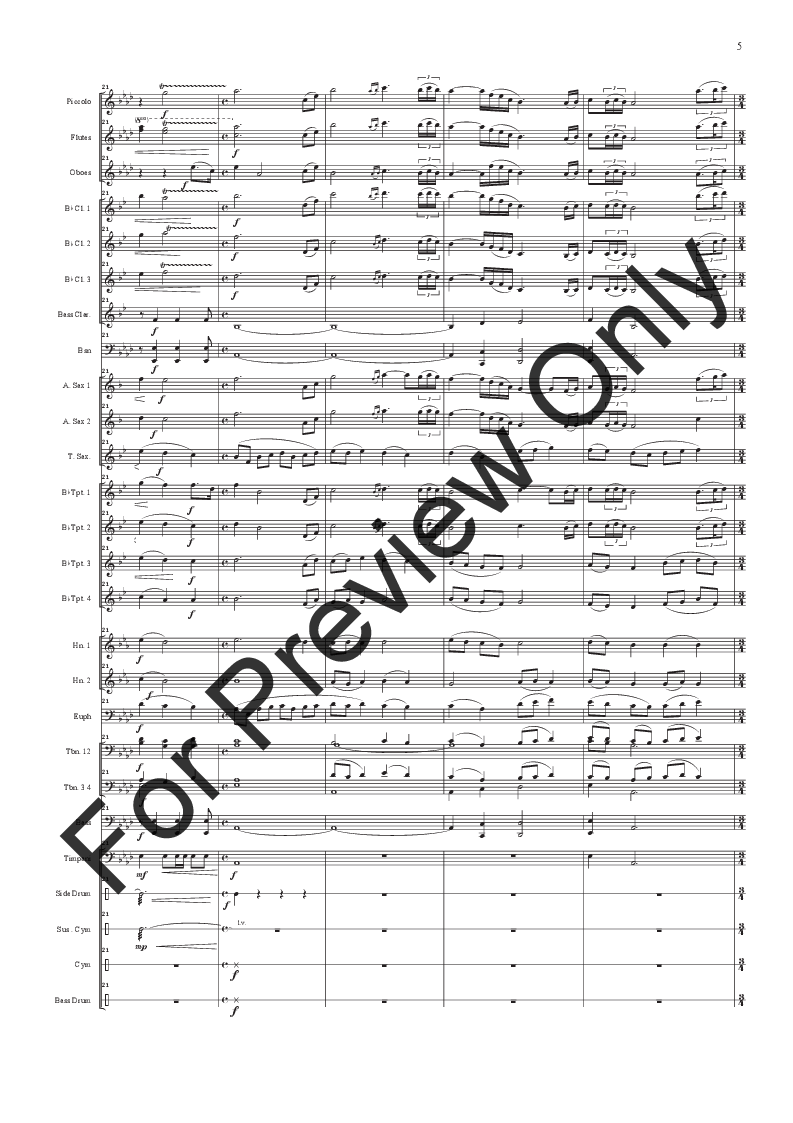 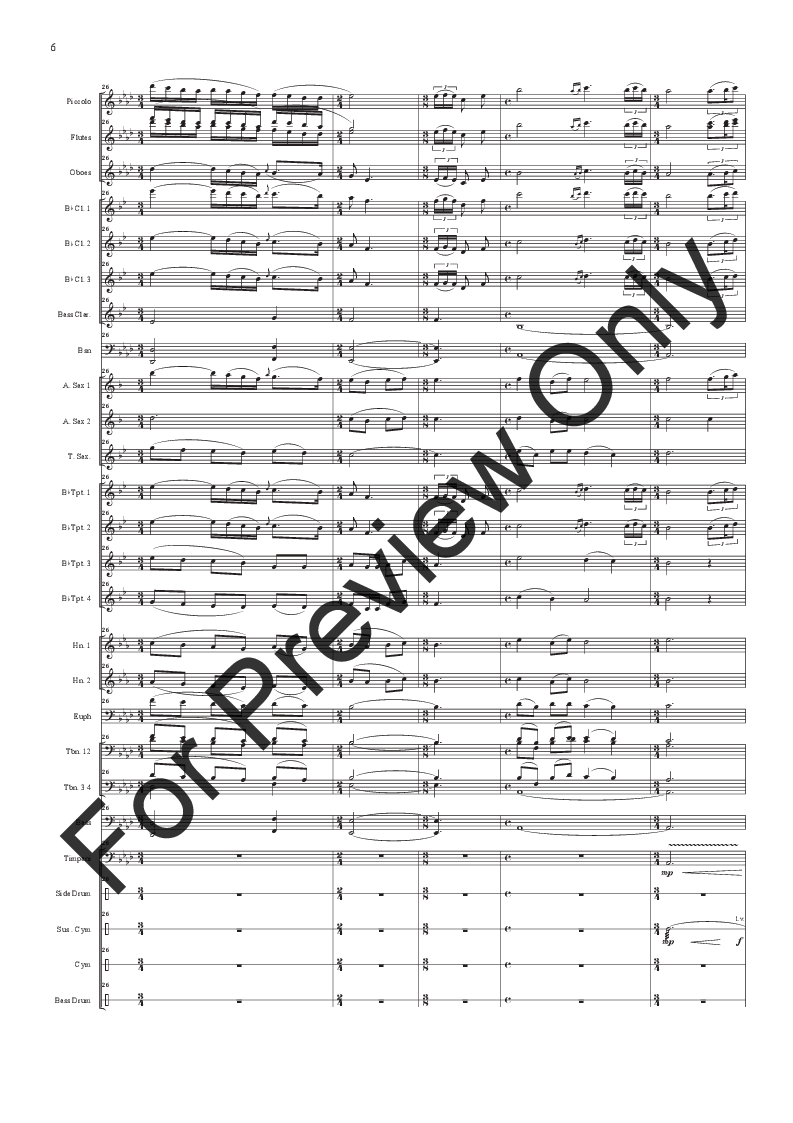 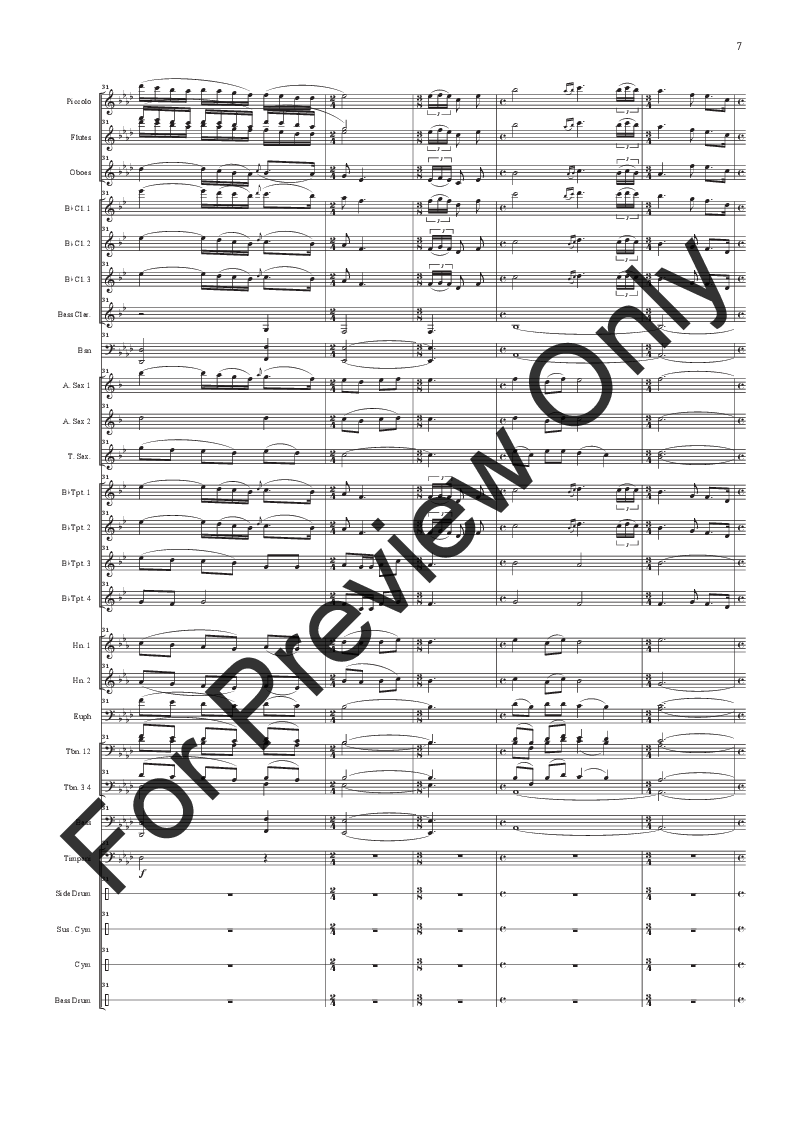 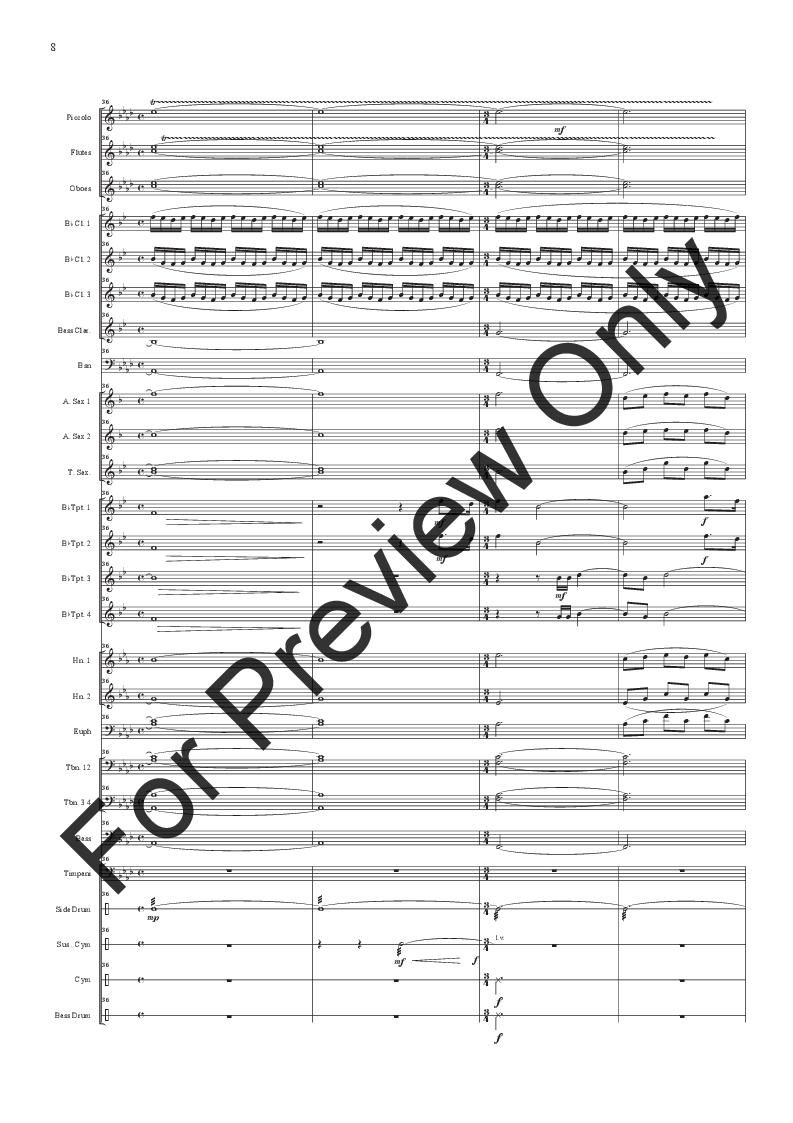 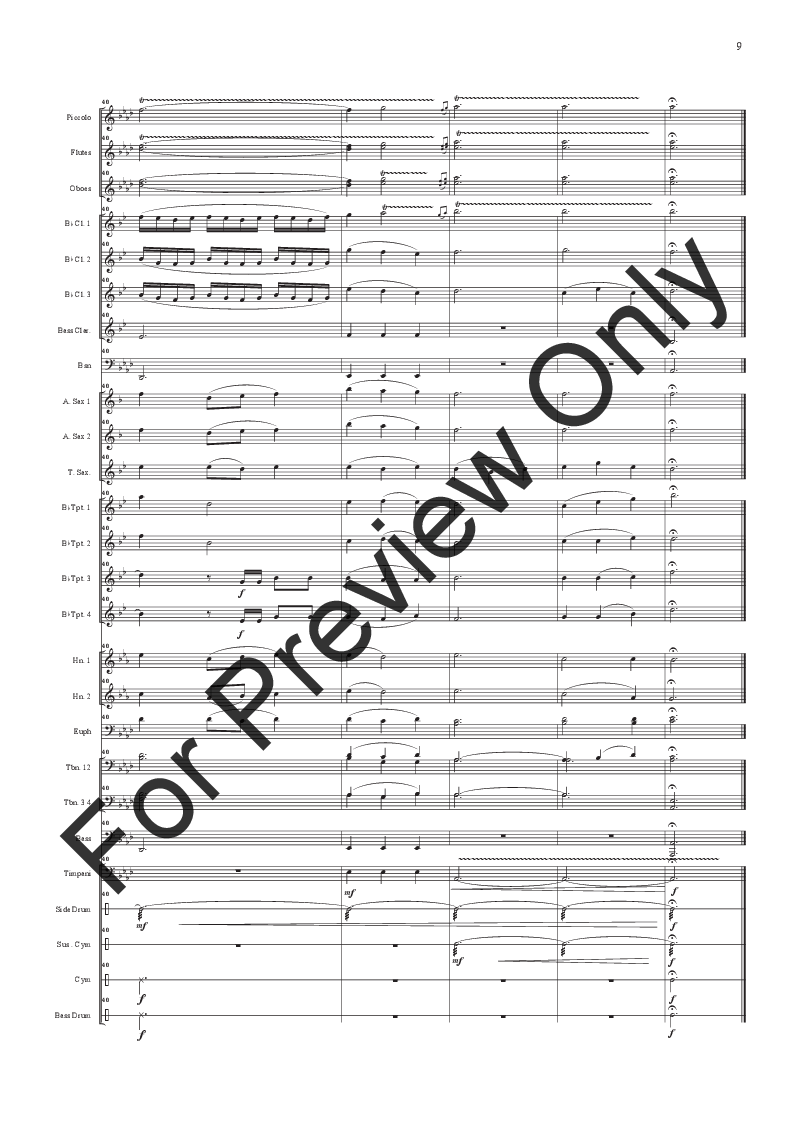 Publisher Desc.  Sean O Riada's legendary setting of the Irish traditional melody 'Roisin Dubh' adapted for concert band. Mise Eire was used in the seminal Irish film of the same name and was performed by the Radio Eireann Symphony Orchestra. Both the film, which dealt with the War of Independence, and the music captured the imagination of the Irish public. O Riada's dramatic and imaginative use of traditional airs and marches along with his own scores, made him a household name when the film went on general release in 1960.
Select a Product
My Library
What is My Library?
Order Extra Parts
Powered by Rating-System.com
Share this title