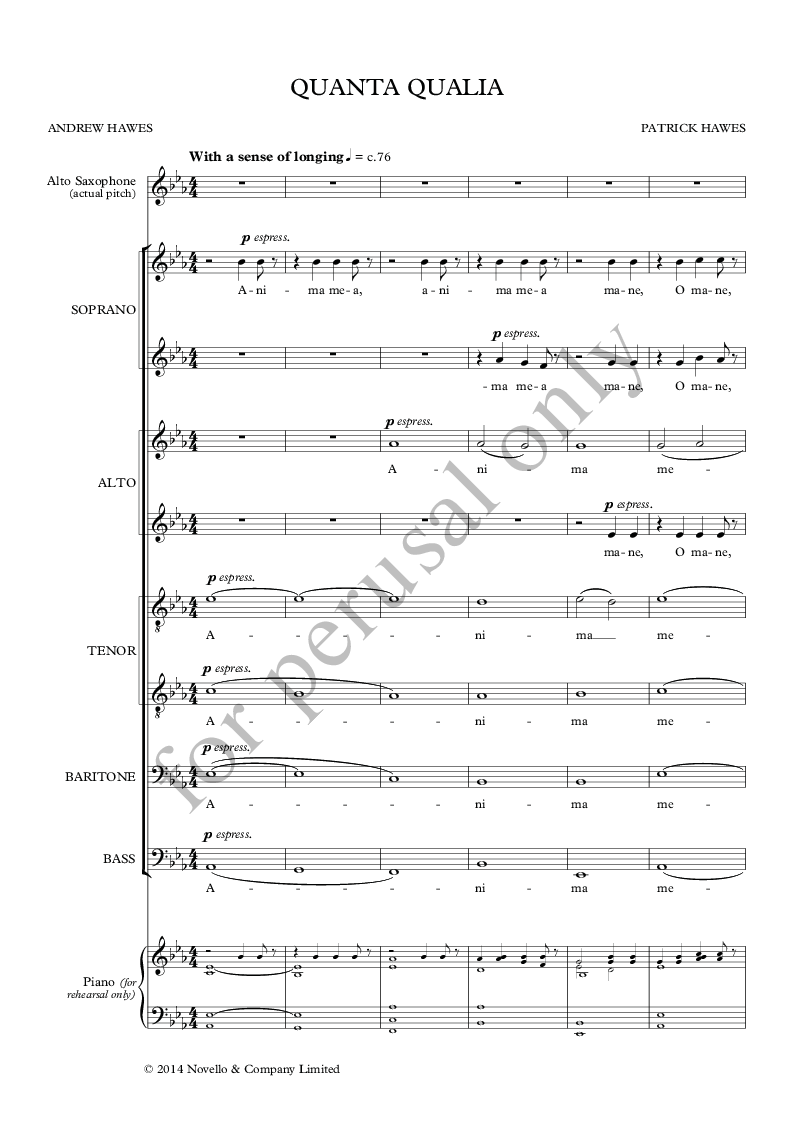 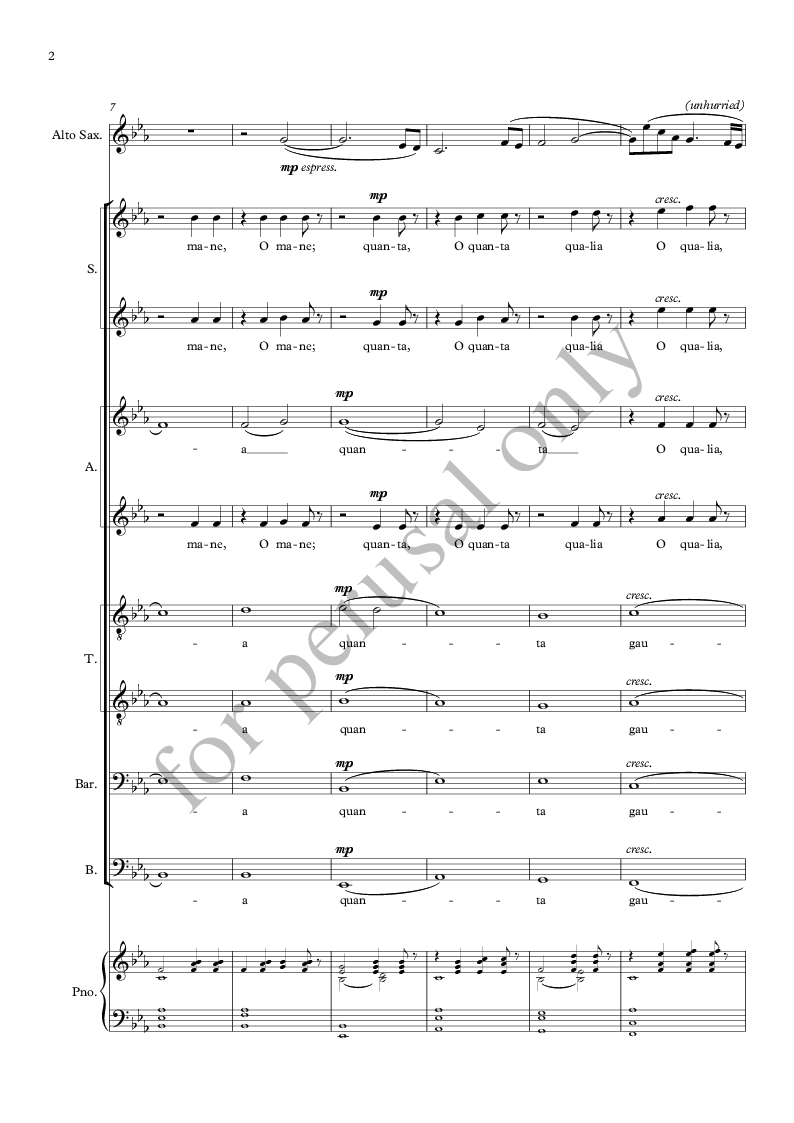 The original version for solo soprano and SATB choir appeared on Patrick’s Grammy-nominated debut album Blue in Blue.  It was subsequently recorded by Hayley Westenra for her Number-One-selling album Odyssey and, in 2014, Patrick was approached by the amazing VOCES8 choir to produce a version for them which featured on their Number-One-selling album Eventide.  The words express a heartfelt longing for the joys of heaven – a happiness to be shared in a future moment of meeting.  The ecstasy of this moment is certainly underlined by the soprano line, with the repetition of key words ‘mane’, "gaudia" and "conventus"