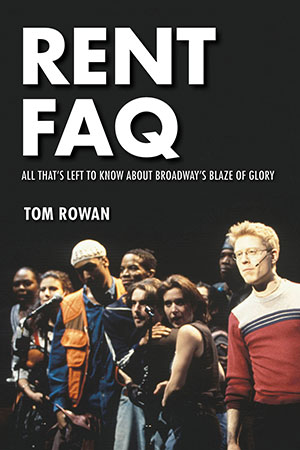 After opening in a small Off-Broadway theater, Rent, a modern adaptation of Puccini's La Boheme, quickly became a worldwide phenomenon with a more zealous and devoted fan base than had any musical in history. Rent FAQ includes biographical info on the musical's brilliant creator, Jonathan Larson, who tragically passed away at age 35 the night before the show began preview performances. Other chapters focus on the creative team and original cast; the development of the script and score from early drafts and workshop performances to the version we know and love today; the movie version, tours, and much more. The section "Rent Cultural Literacy" is a guide to all the titles and real people referenced in the show and the East Village and Alphabet City locations that Rent helped make famous; another chapter provides clues to the characters and tips for anyone thinking about auditioning for the musical, or putting on a production! A final chapter provides a rundown, with numerous photos, of revivals and local productions all over the country, including regional, community, and dinner theaters, and high school and college versions. Rent FAQ is a treasure trove of information, background, and fun facts for the show's devotees as well as anyone who might be lucky enough to be discovering the musical for the first time!

Copyright: New York, NY: Applause Books ©2017
Select a Product
My Library
What is My Library?
Share this title
MY LIBRARY FOLDERS
NOTES TAGS
∗ item exists in this folder Go to My Library >
Item Successfully Added To My Library