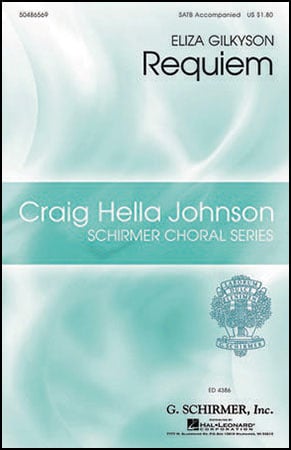 Singer/songwriter Eliza Gilkyson wrote Requiem as a song of grief following the Asian tsunami in December 2004, and the song found a renewed audience after Hurricane Katrina devastated the Gulf Coast region. This setting by Conspirare conductor Craig Hella Johnson is powerful in its emotional impact.

Copyright: : ©2008
Select a Product
My Library
What is My Library?