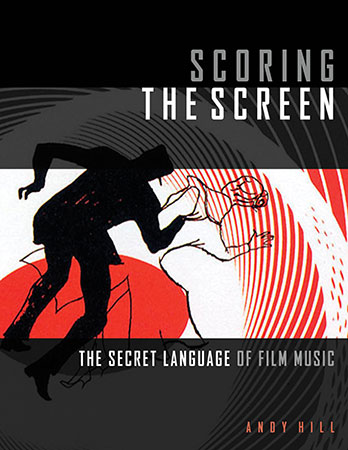 This is the first book since Roy M. Prendergast's 1977 benchmark Film Music: A Neglected Art to treat music for motion pictures as a compositional style worthy of serious study. Through extensive and unprecedented analyses of the original concert scores, it is the first to offer both aspiring composers and music educators with a view from the inside of the actual process of scoring to picture. The core thesis of Scoring the Screen is that music for motion pictures is indeed a language - developed by the masters of the craft out of a dramatic and commercial necessity to communicate ideas and emotions instantaneously to an audience. Like all languages, it exists primarily to convey meaning. To quote renowned orchestrator Conrad Pope, who has worked with John Williams, Howard Shore, and Alexandre Desplat, among others: "If you have any interest in what music 'means' in film, get this book. Andy Hill is among the handful of penetrating minds and ears engaged in film music today."

Copyright: Milwaukee, WI: Hal Leonard Corporation ©2017
Select a Product
My Library
What is My Library?
Share this title
MY LIBRARY FOLDERS
NOTES TAGS
∗ item exists in this folder Go to My Library >
Item Successfully Added To My Library