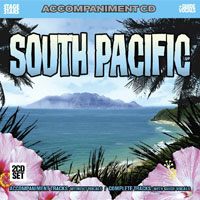 South Pacific, a Rodgers & Hammerstein musical, became the biggest success of the 2008 Broadway season. Winning eight Tony Awards, including Best Revival, should be no surprise for the musical that won all nine categories in which it was nominated in 1950. South Pacific contains many well-known songs, from the ballad Some Enchanted Evening to the comedic I'm Gonna Wash That Man Right Outta My Hair. This album includes the song My Girl Back Home which was written for the original production, but not performed until the revival.There are 34 tracks on this album: Tracks 1-17 contain the background tracks and guide vocals; tracks 18-34 contain the accompaniment tracks alone. This album is a re-recording in the original show key and show tempo. The tracks on this album are fully orchestrated.
Select a Product
My Library
What is My Library?
Powered by Rating-System.com
Share this title