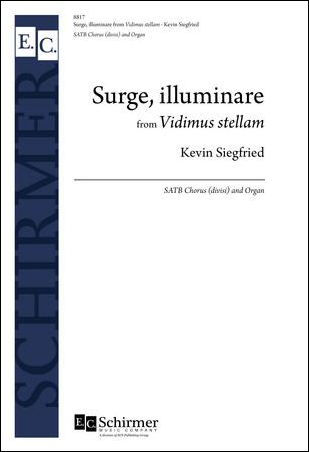 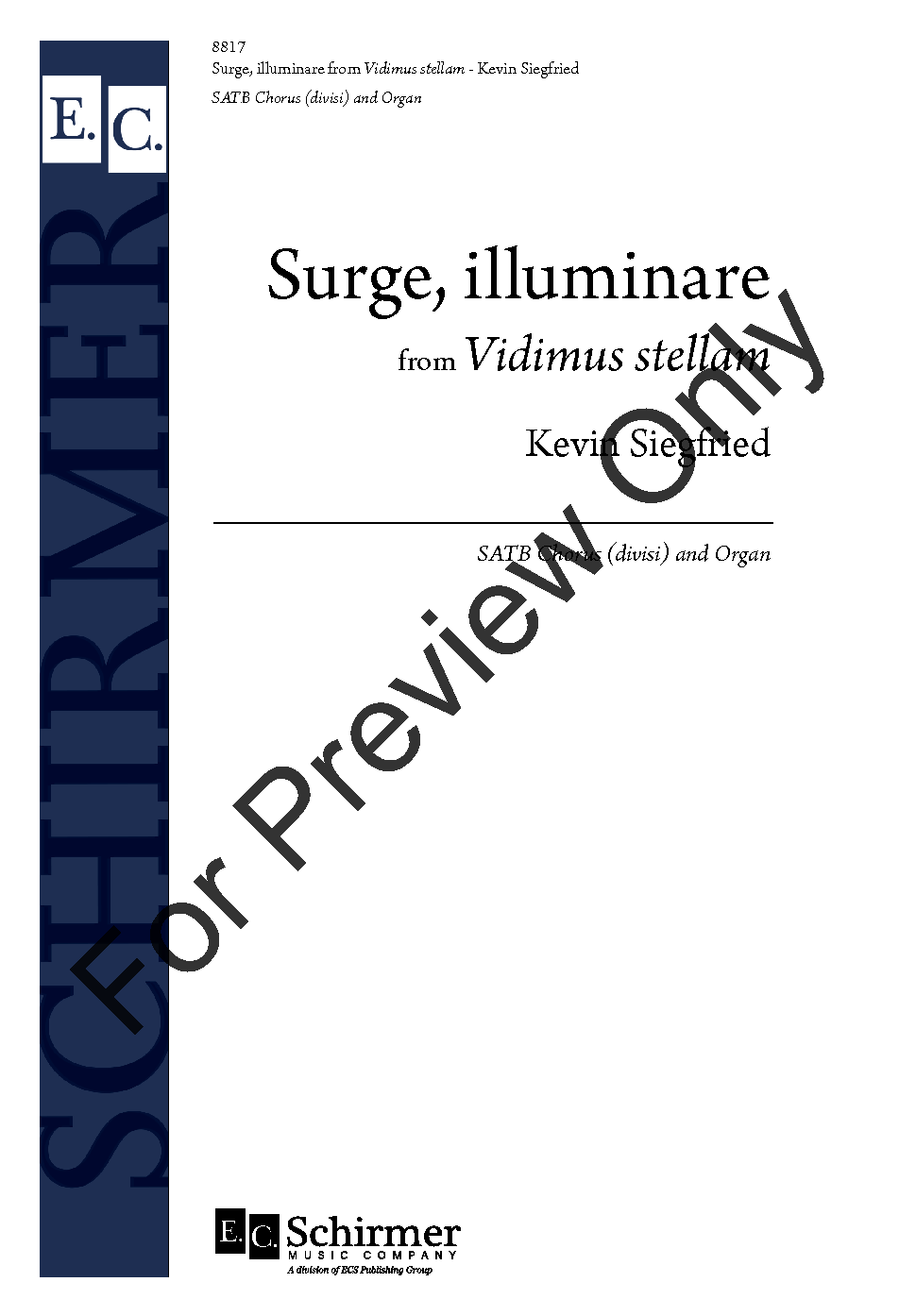 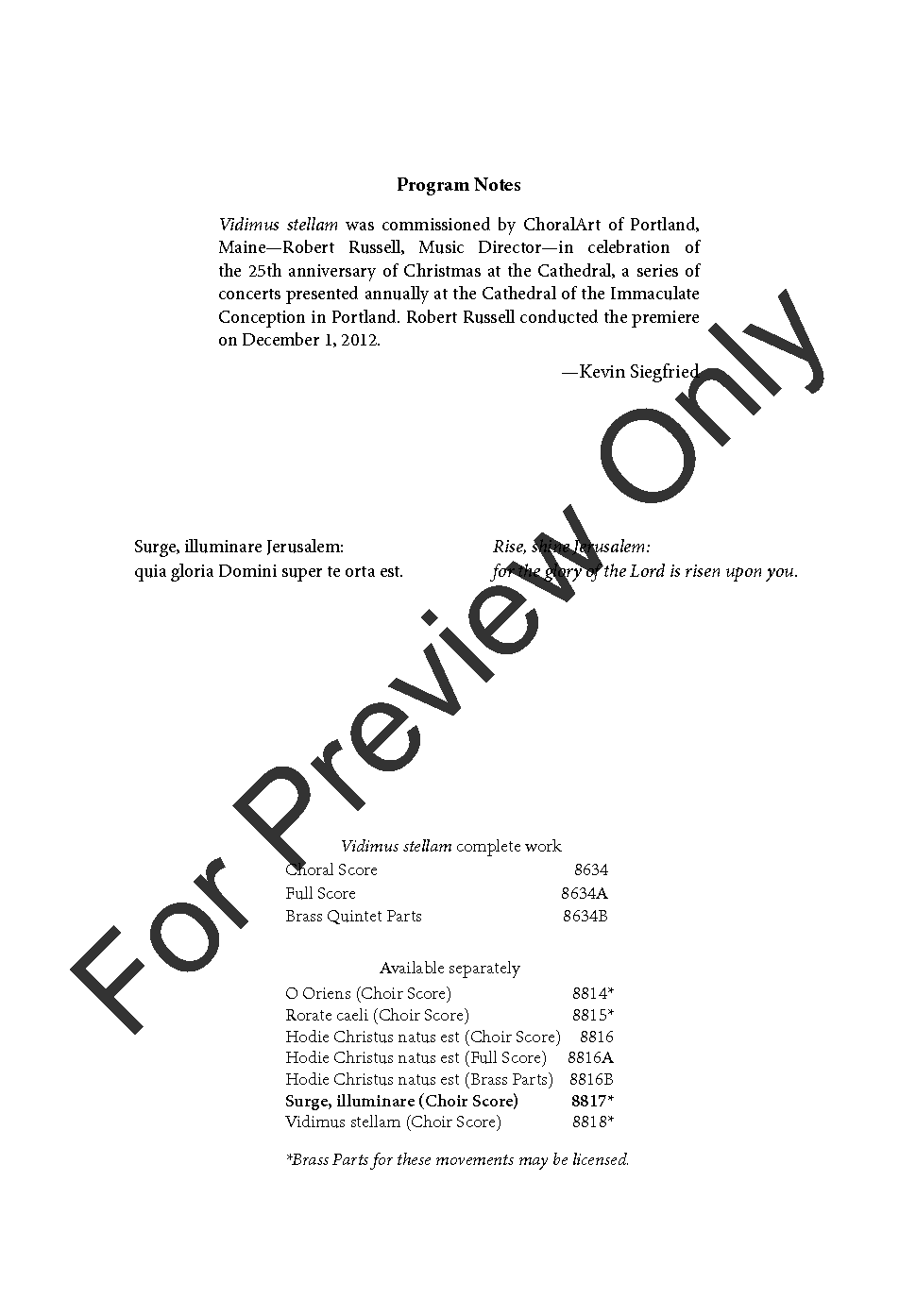 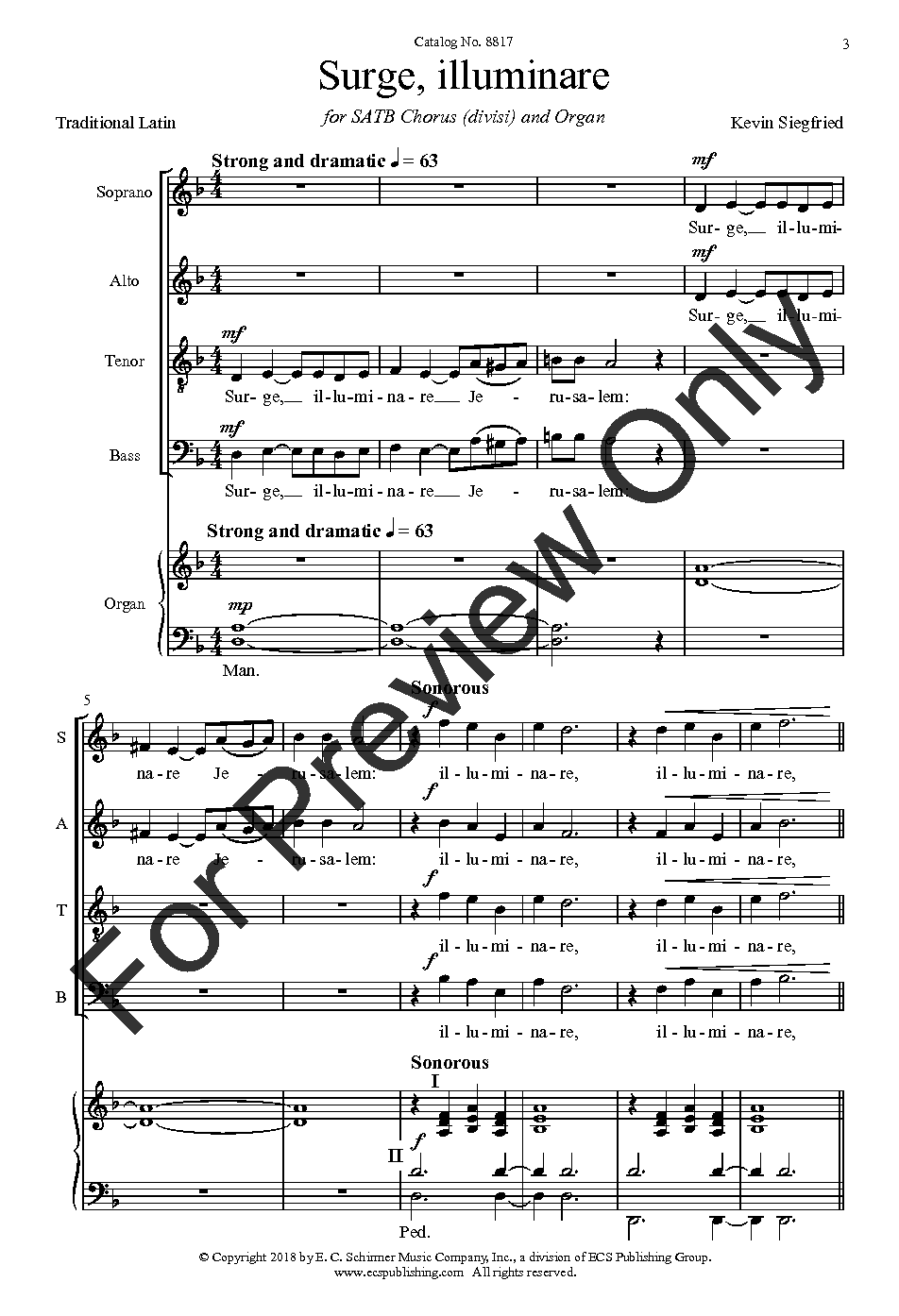 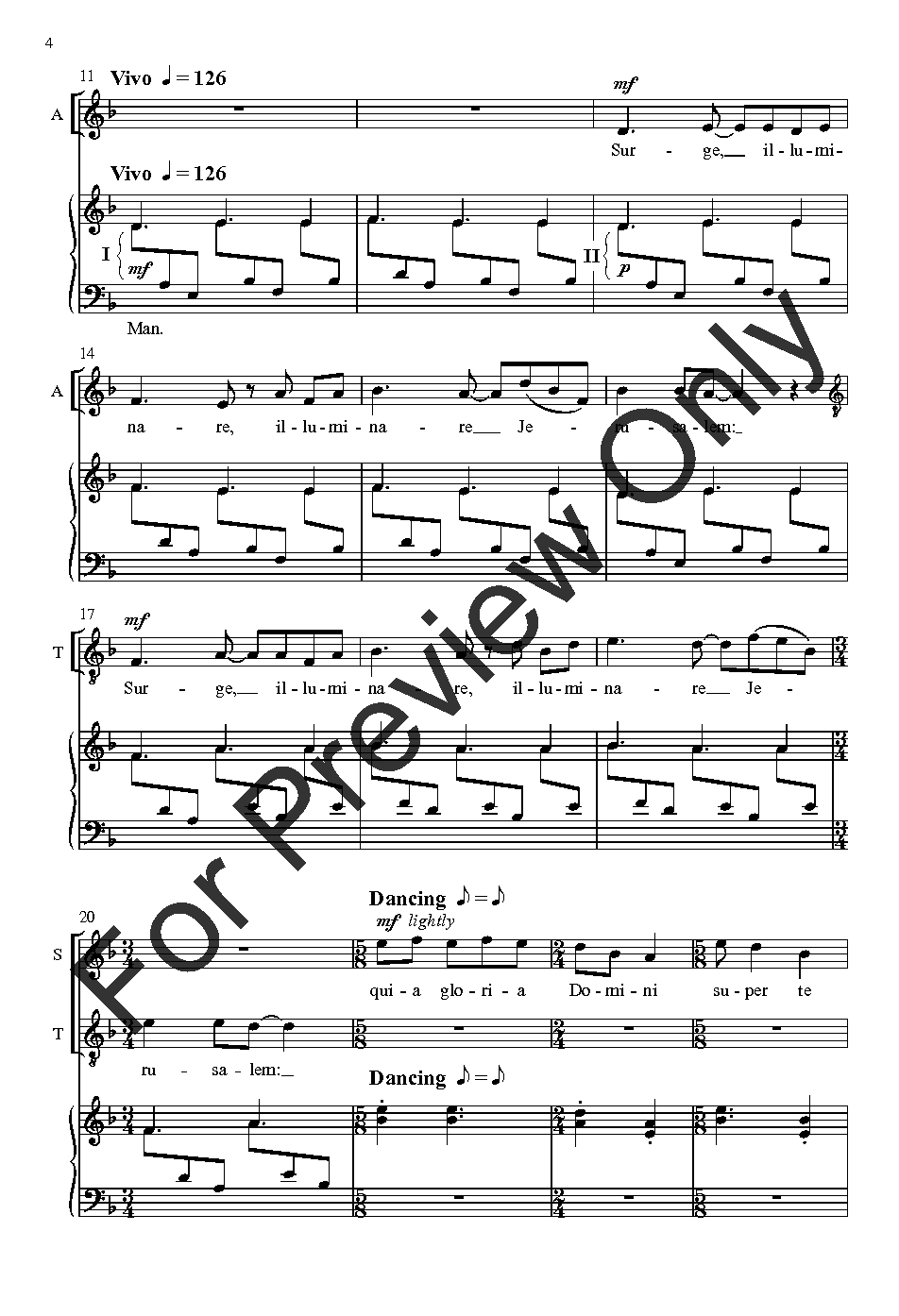 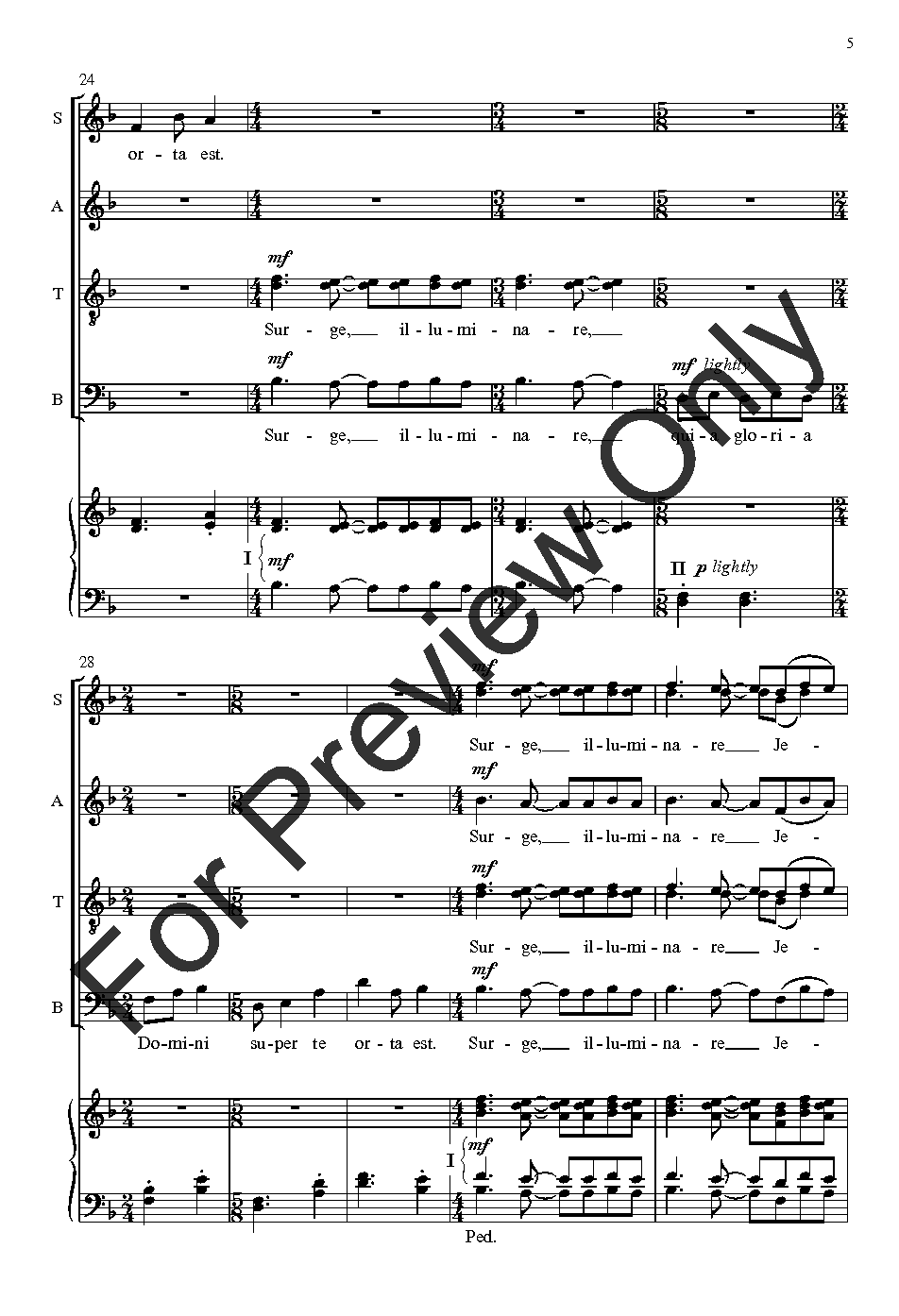 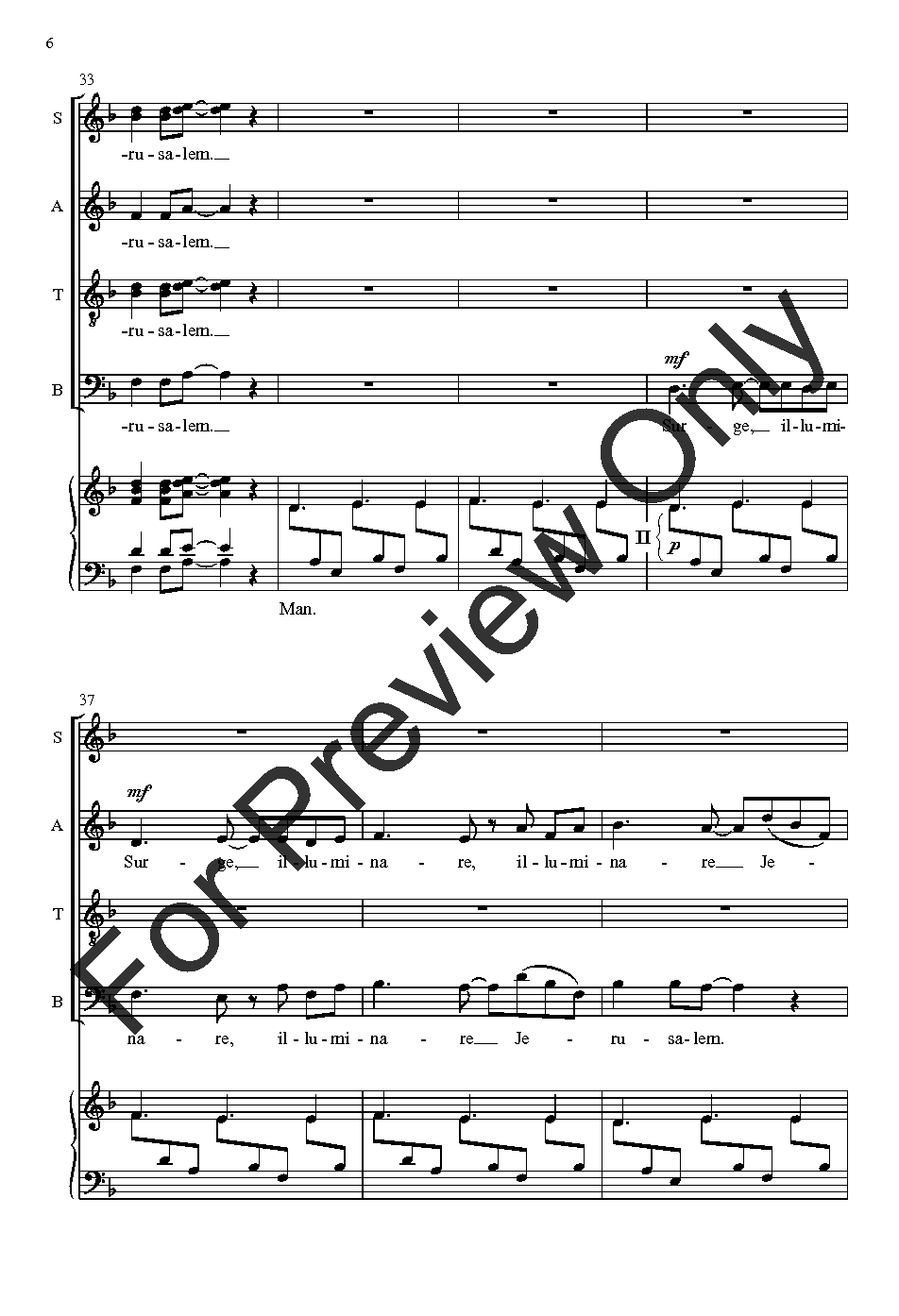 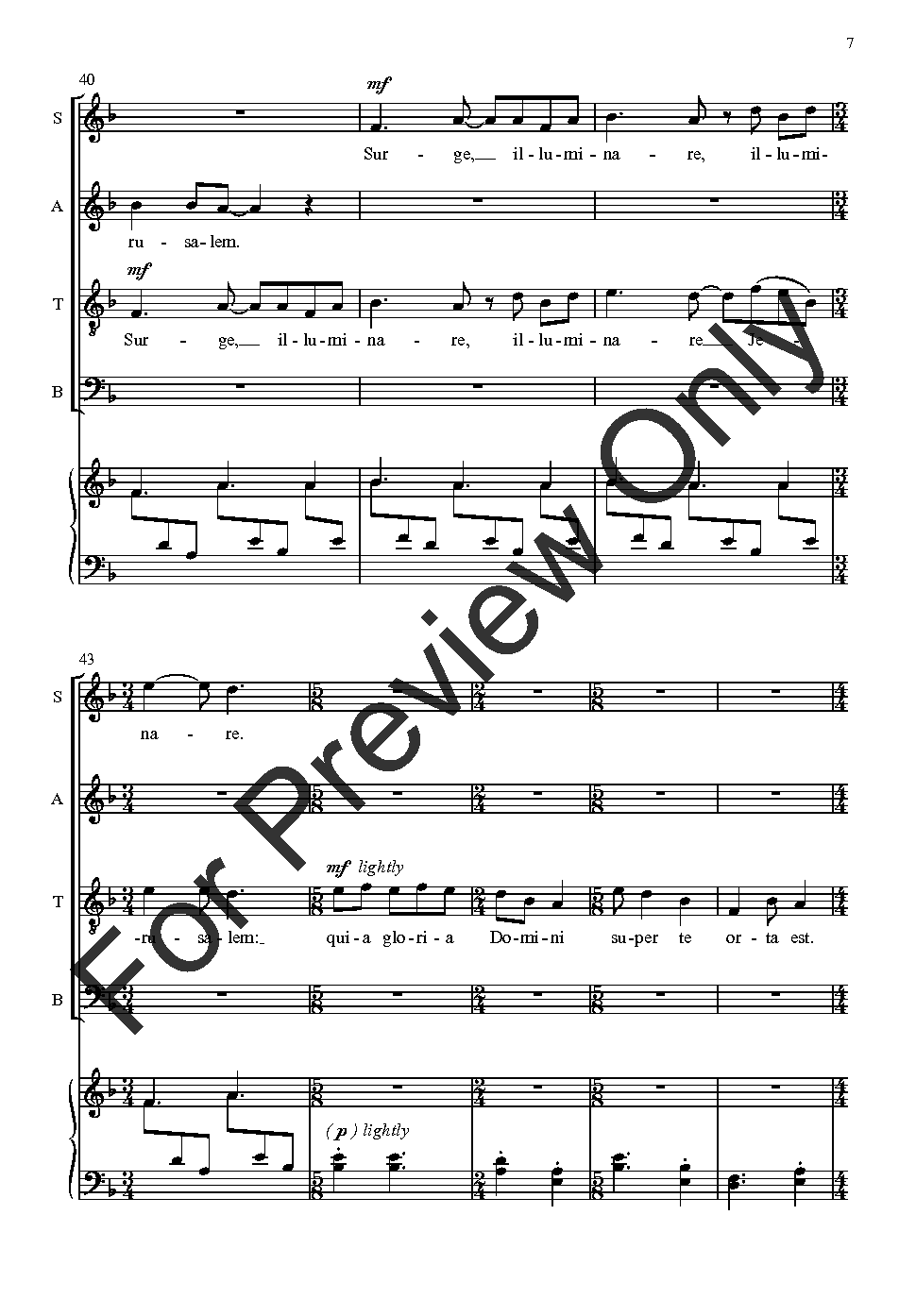 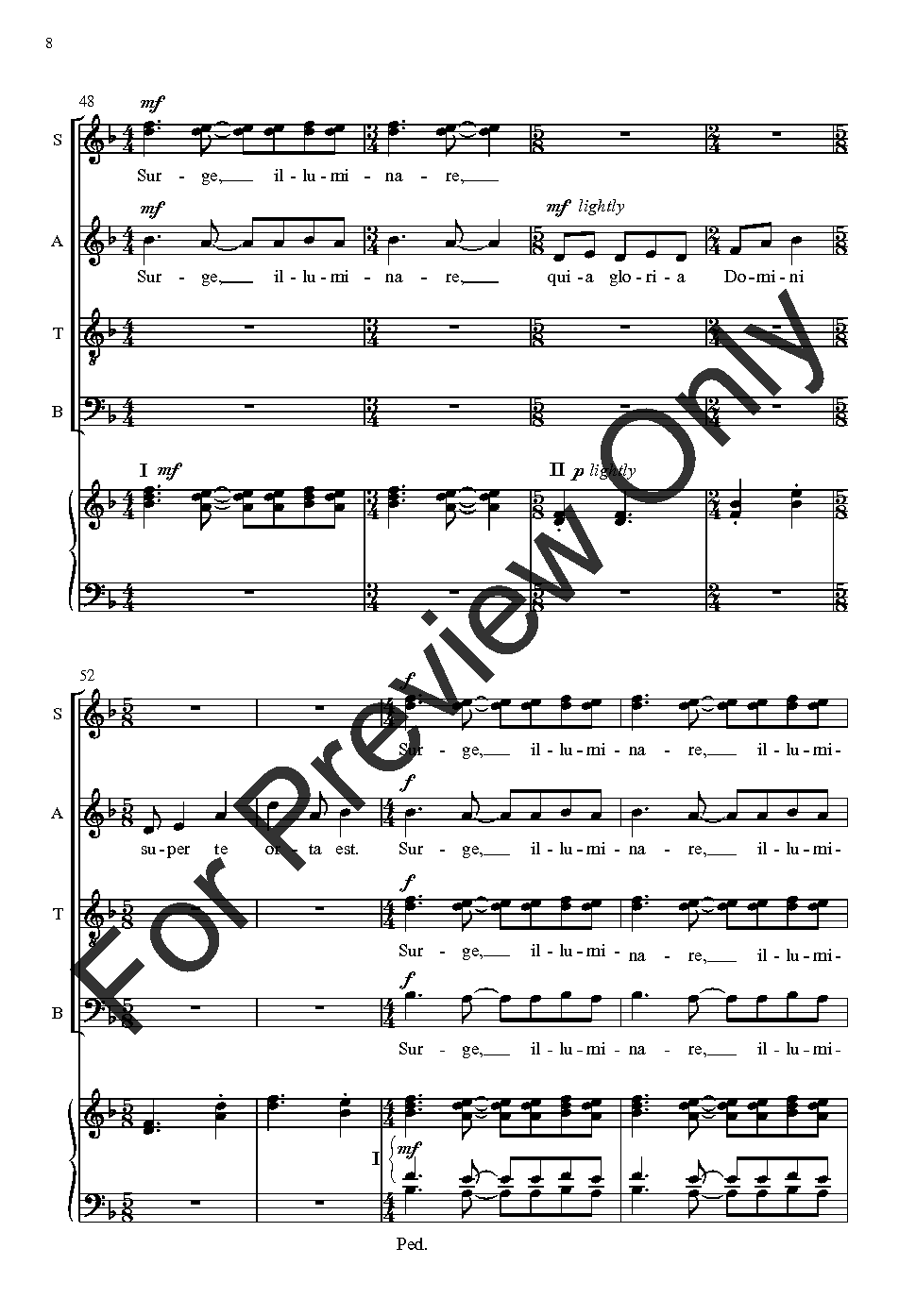 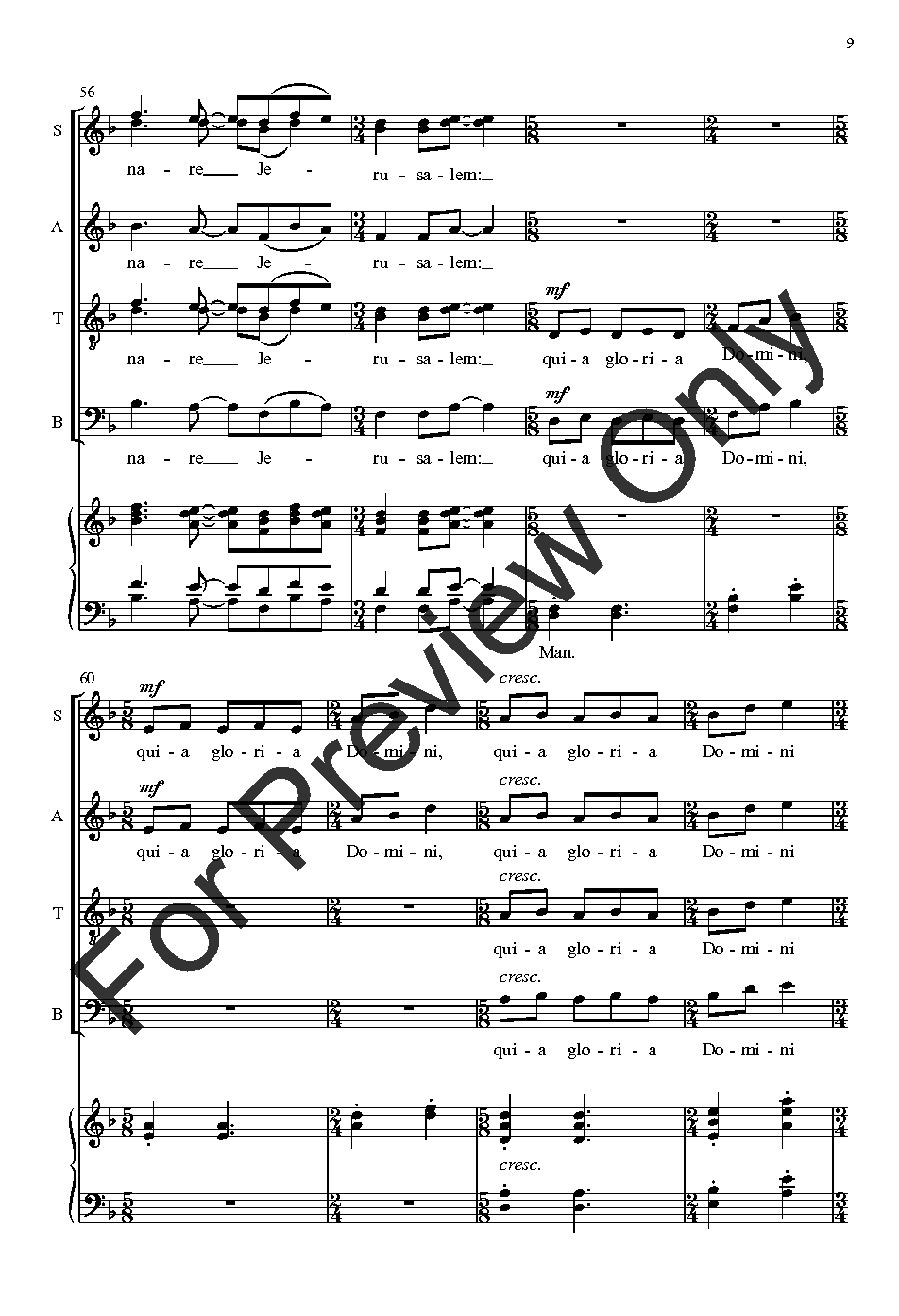 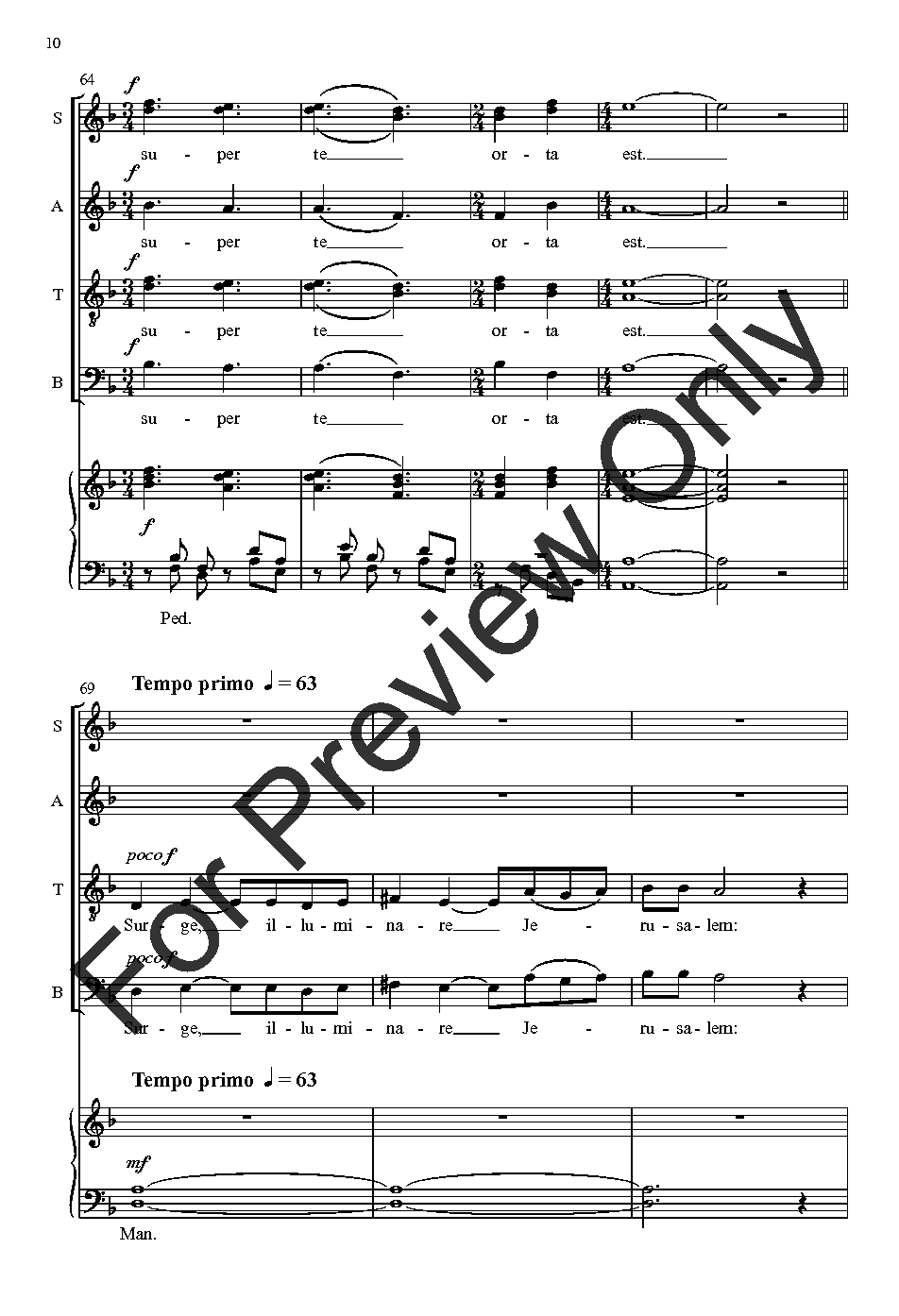 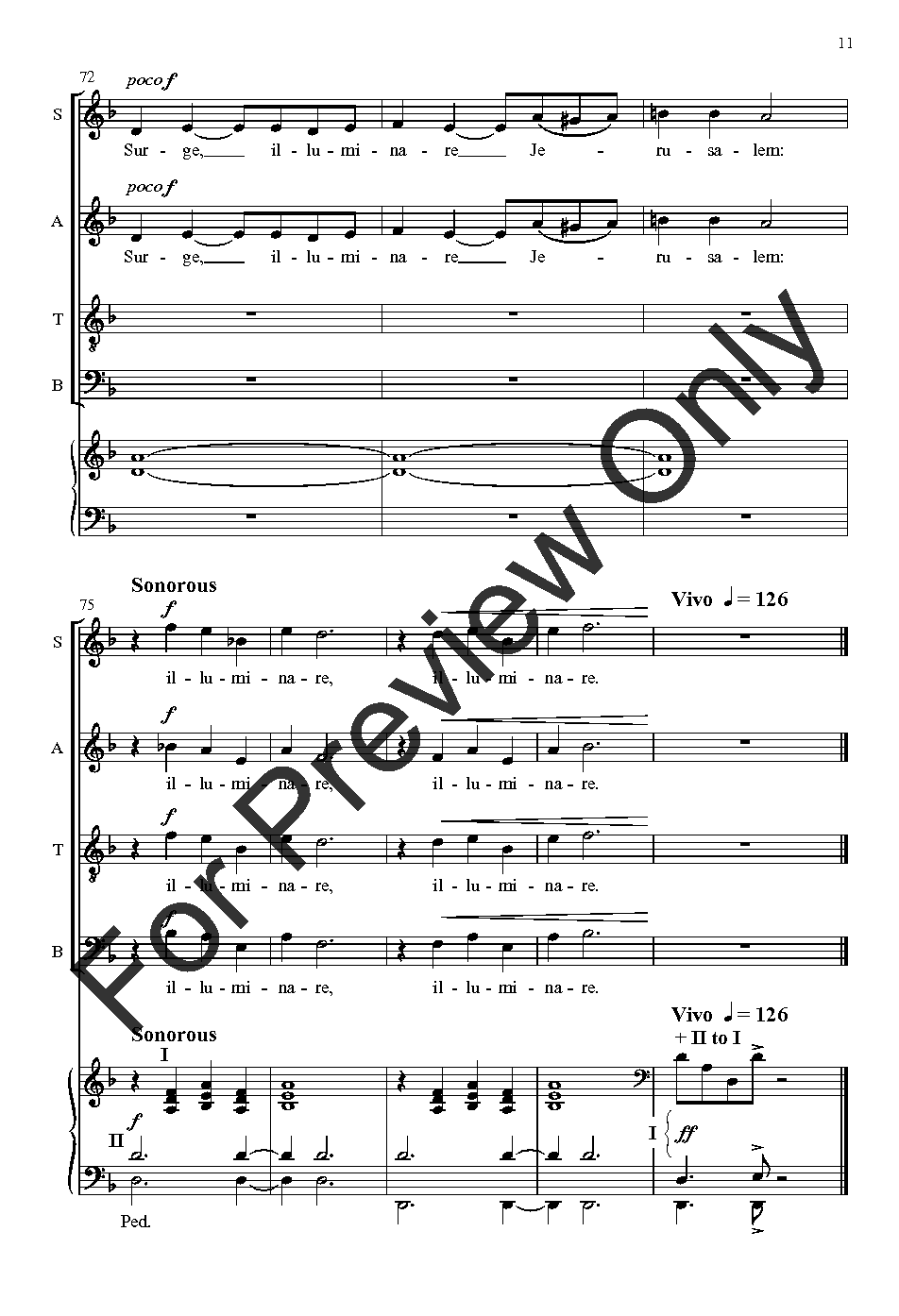 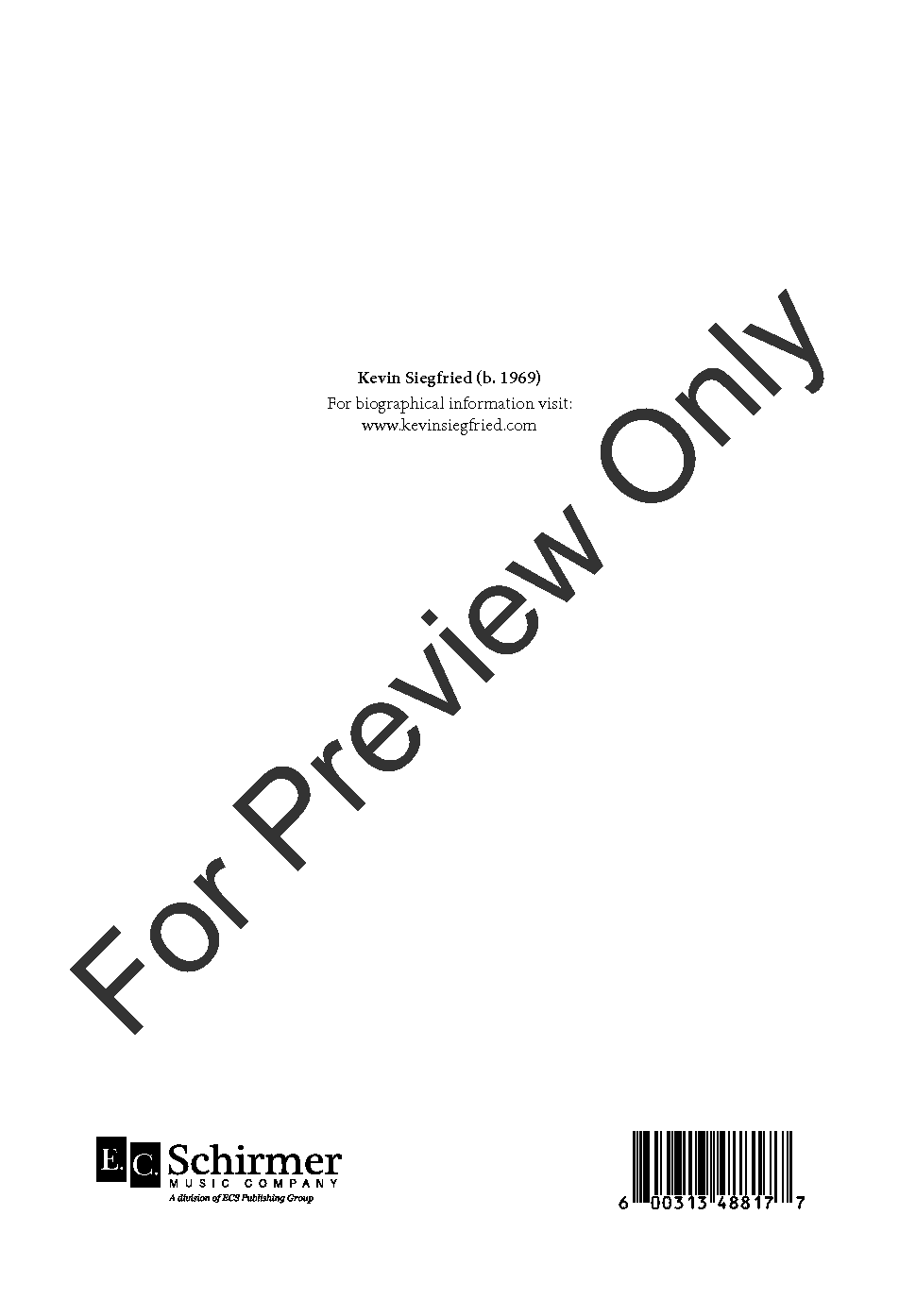 This fourth movement of the larger work Vidimus Stellam is based on the Epiphany text, "Rise, shine... for the glory of the Lord is risen upon you." Like the third movement, this begins dramatically with the tenor-basses first, then the treble voices, proclaiming the opening text. Later, the tempo launches into a vivo, with a 3+3+2 feeling and mixed meters. Rhythmic, dance-like, and fun. The organ accompaniment sometimes doubles, sometimes punctuates. The movement ends much as it began, in the dramatic slow statement of "Surge, illuminare."