The History of Music Production 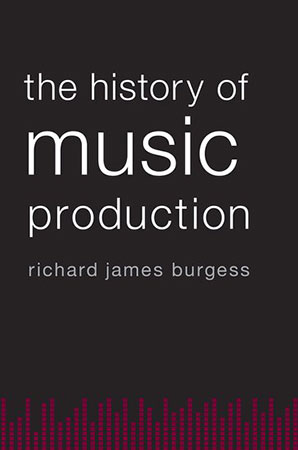 The History of Music Production

In The History of Music Production, Richard James Burgess draws on his experience as a producer, musician, and author. Beginning in 1860 with the first known recording of an acoustic sound and moving forward chronologically, Burgess charts the highs and lows of the industry throughout the decades and concludes with a discussion on the present state of music production. Throughout, he tells the story of the music producer as both artist and professional, including biographical sketches of key figures in the history of the industry, including Fred Gaisberg, Phil Spector, and Dr. Dre. Burgess argues that while technology has defined the nature of music production, the drive toward greater control over the process, end result, and overall artistry come from producers. The result is a deeply knowledgeable book that sketches a critical path in the evolution of the field, and analyzes the impact that recording and disseminative technologies have had on music production. A key and handy reference book for students and scholars alike, it stands as an ideal companion to Burgess's noted, multi-edition book The Art of Music Production.