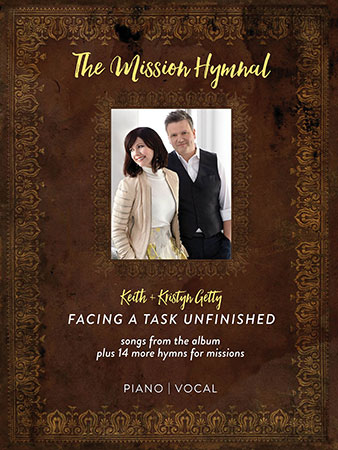 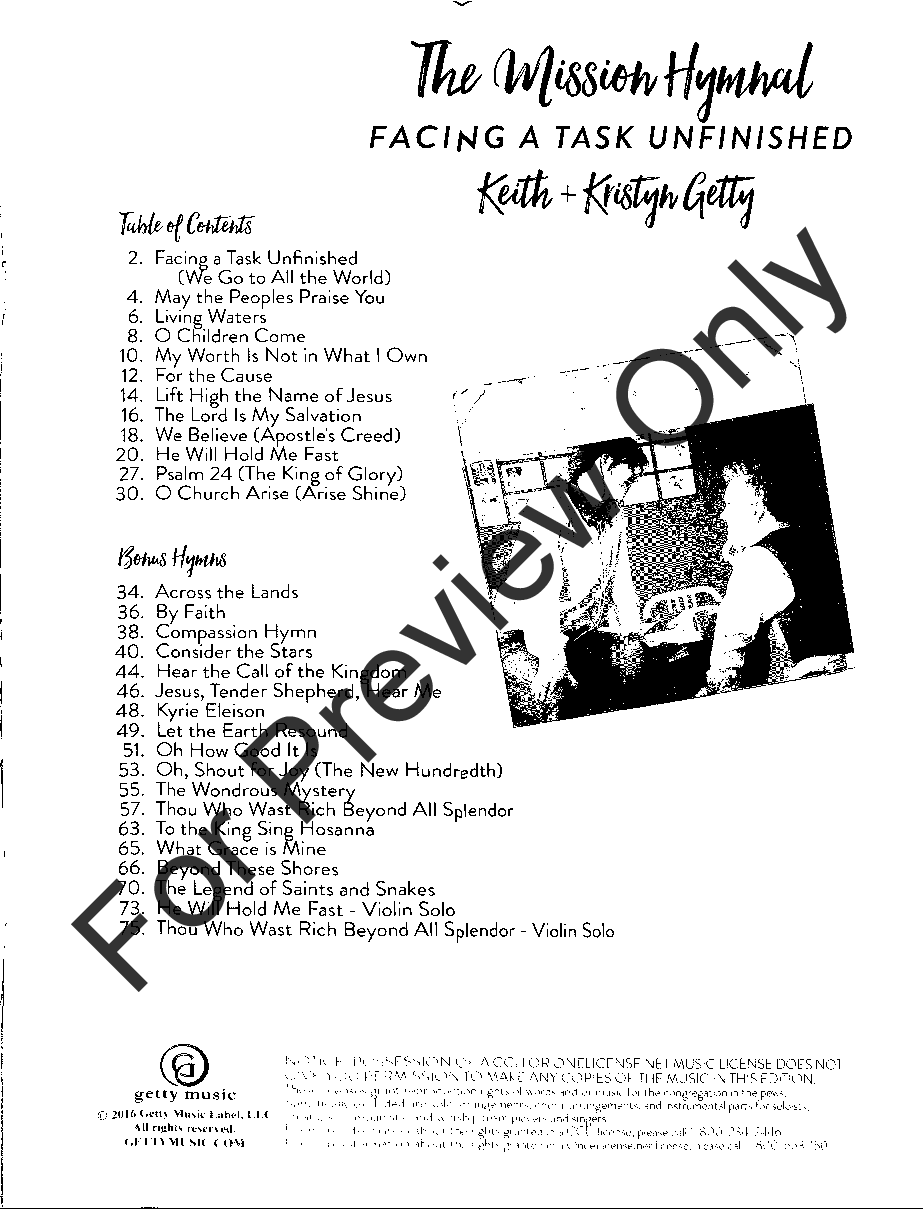 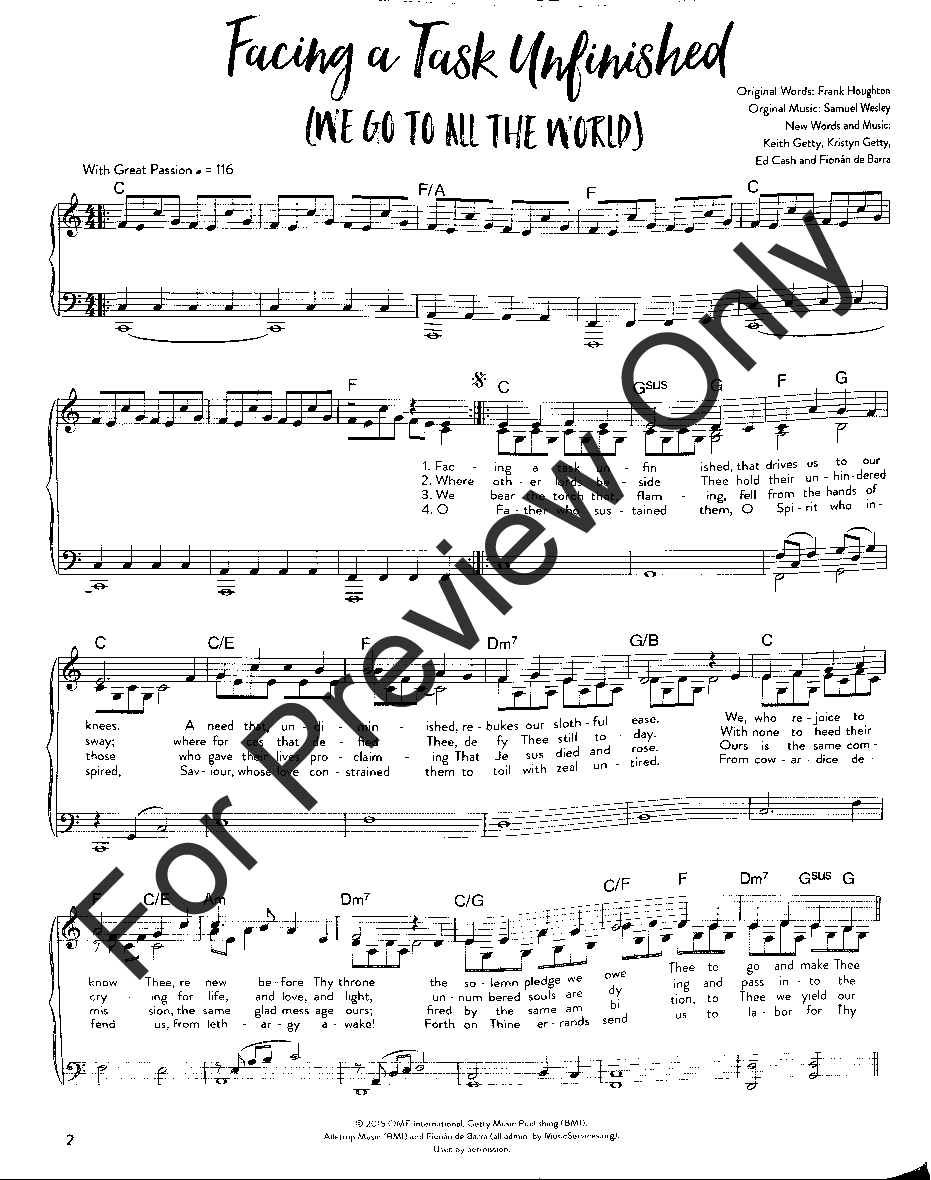 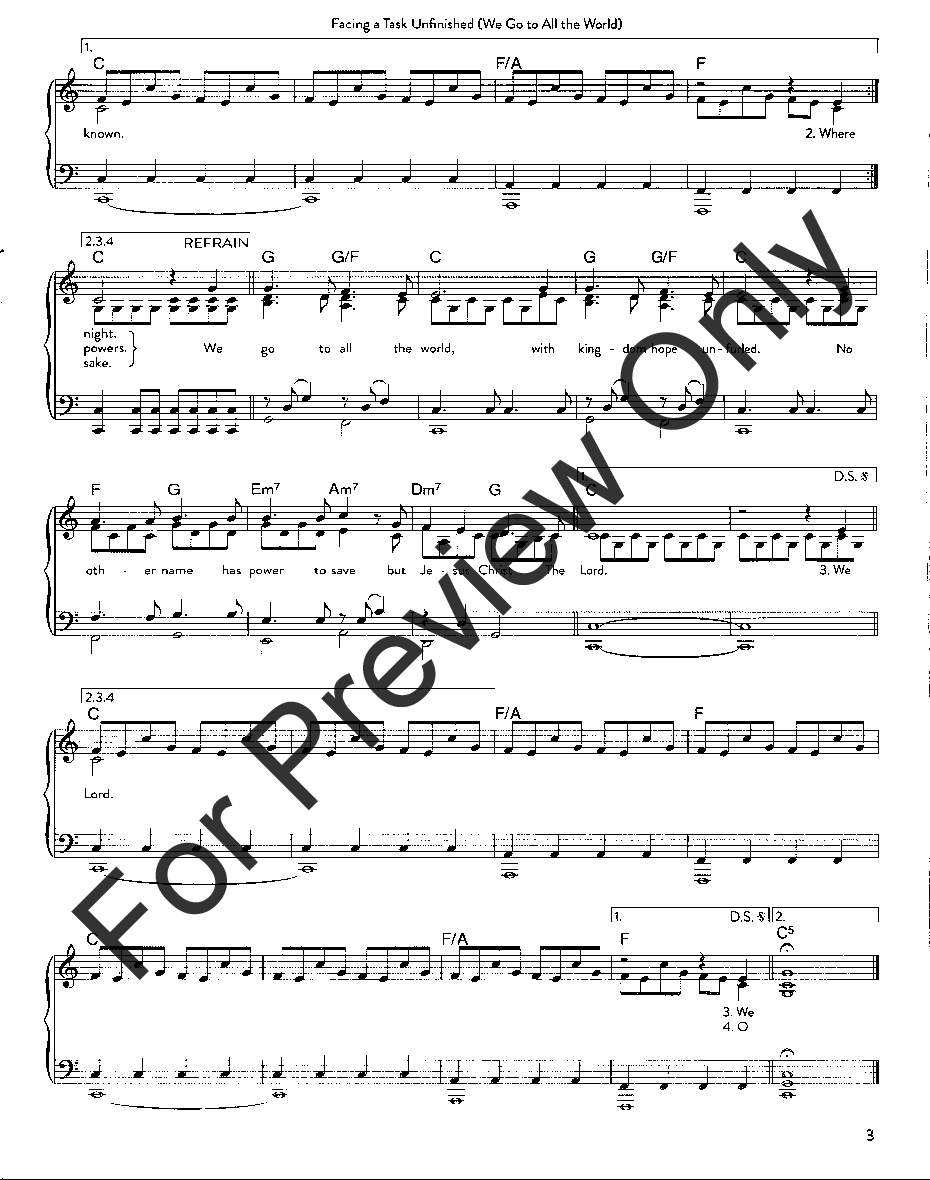 Facing a Task Unfinished is the album from preeminent modern hymn writers Keith and Kristyn Getty. The album, which champions congregational singing and mission, follows the radical example of the hymn Facing a Task Unfinished, rewritten from its original 1931 version where its urgent call propelled individuals, families and churches to global witness. This studio album features the Getty's band, live congregational singing, and fresh global sounds as well as guest appearances by Ladysmith Black Mambazo, Fernando Ortega, John Patitucci, Chris Tomlin, and artists from around the world. This 30-song collection includes all the songs from the album. Titles included are: For the Cause; He Will Hold Me Fast; Lift High the Name of Jesus; Living Waters; The Lord Is My Salvation; O Church Arise (Arise, Shine); We Believe (Apostle's Creed)  and more.