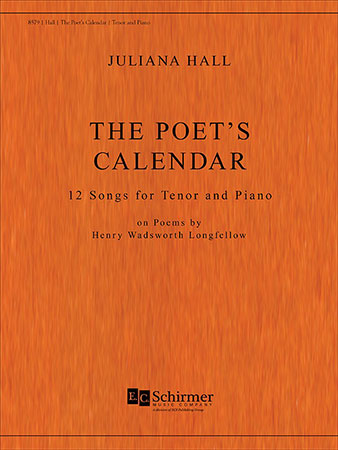 The Poet's Calendar is based on Henry Wadsworth Longfellow's set of 12 poems of the same name, in which each song describes a month of the calendar year. Longfellow invokes vivid imagery from nature, touches upon human activity during various times of the year, makes plentiful use of Greek and Roman mythology, and alludes to historical persons in describing the distinctive feelings each month brings. Duration: 24:00.

Copyright: Simsbury, CT: Juliana Hall Music ©2014
Select a Product
My Library
What is My Library?
Share this title
MY LIBRARY FOLDERS
NOTES TAGS
∗ item exists in this folder Go to My Library >
Item Successfully Added To My Library