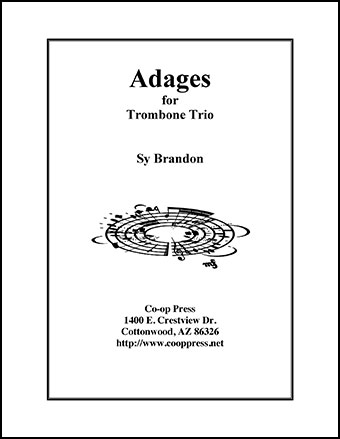 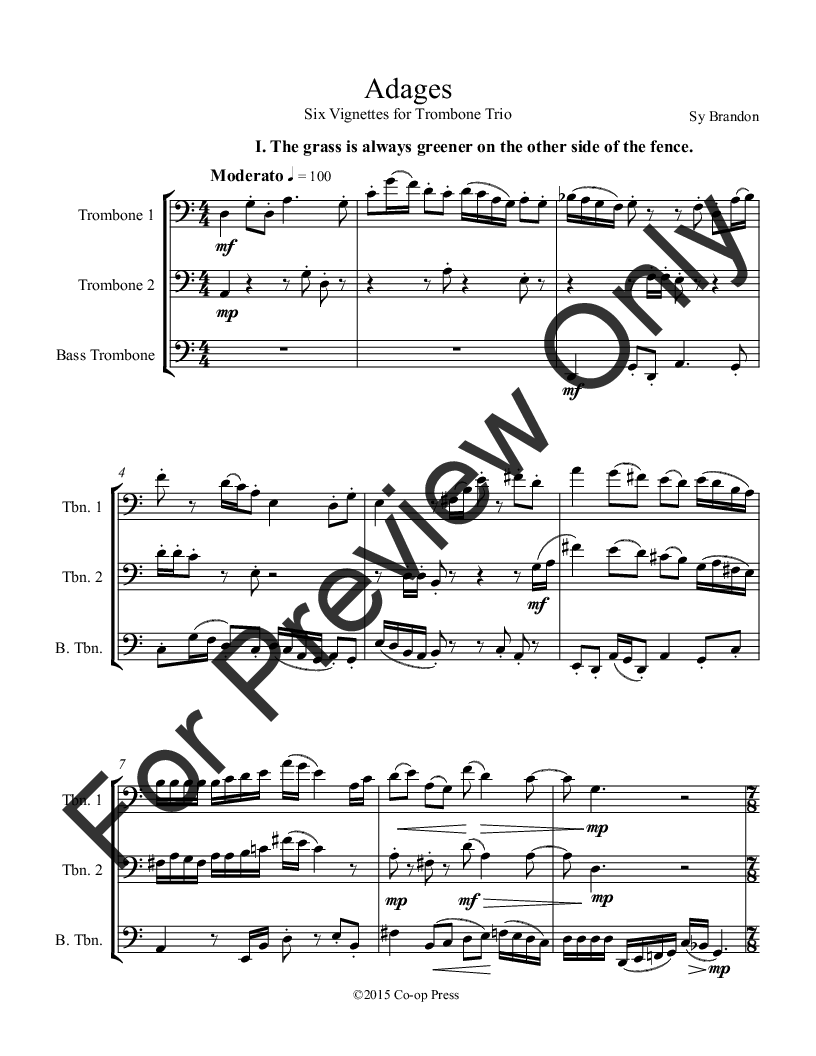 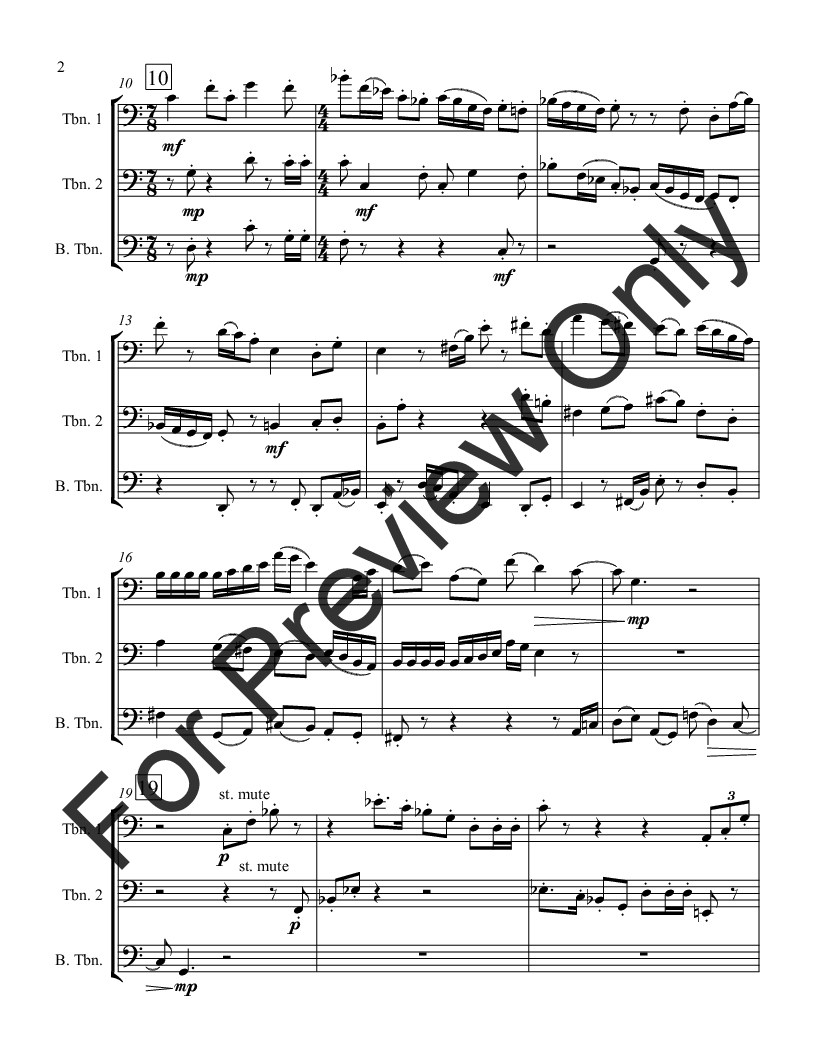 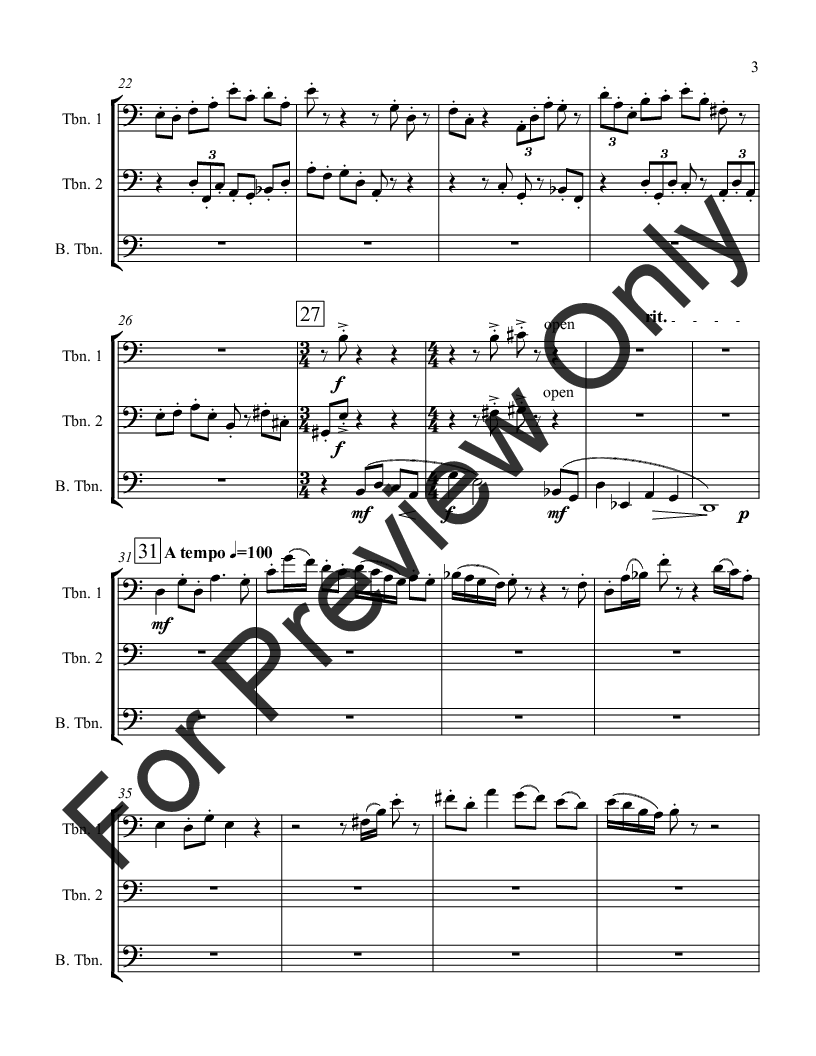 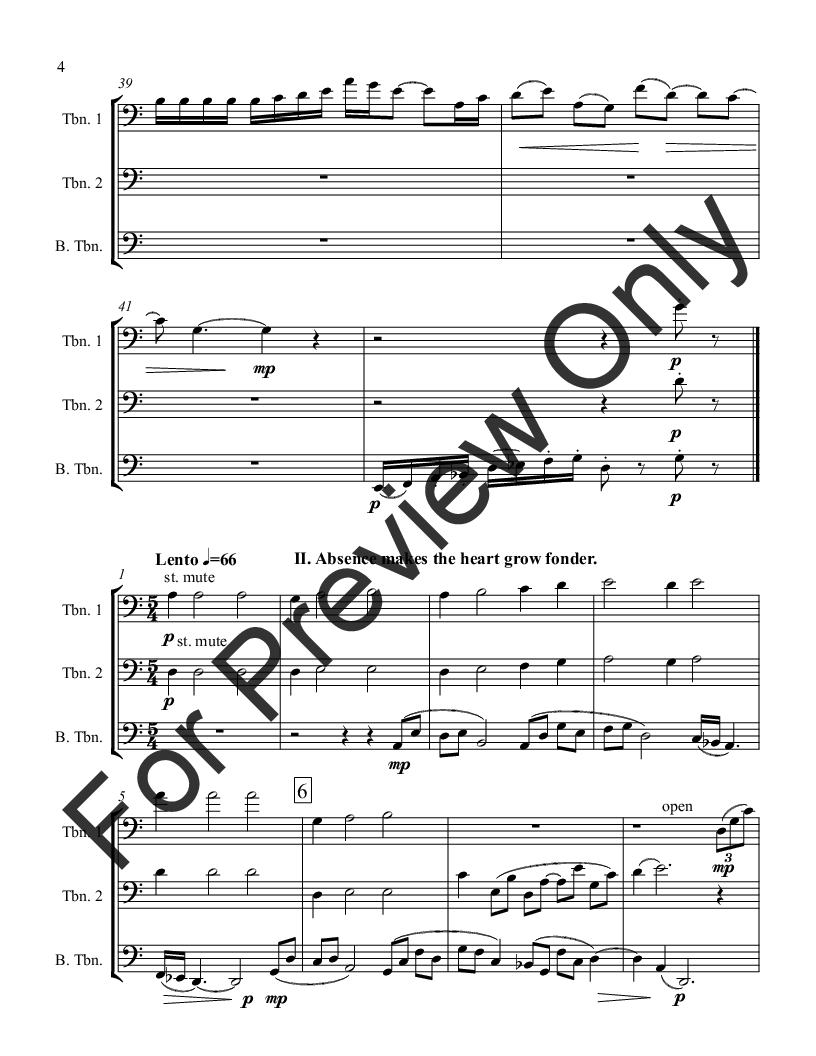 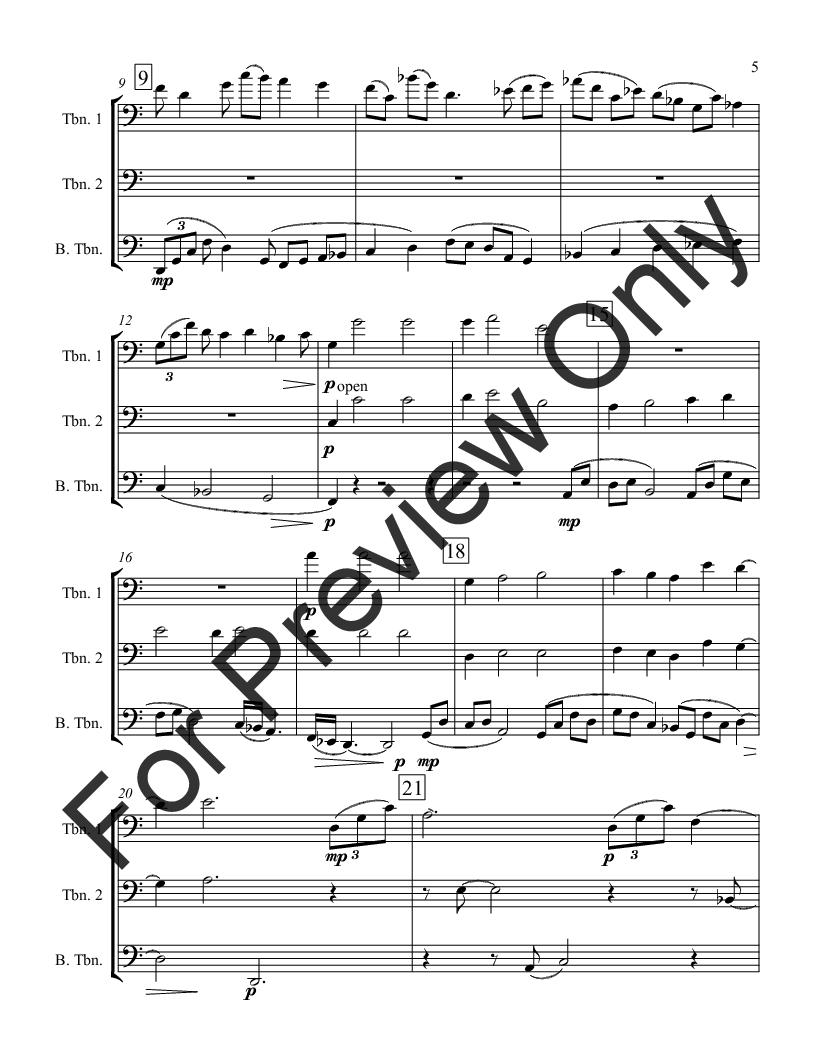 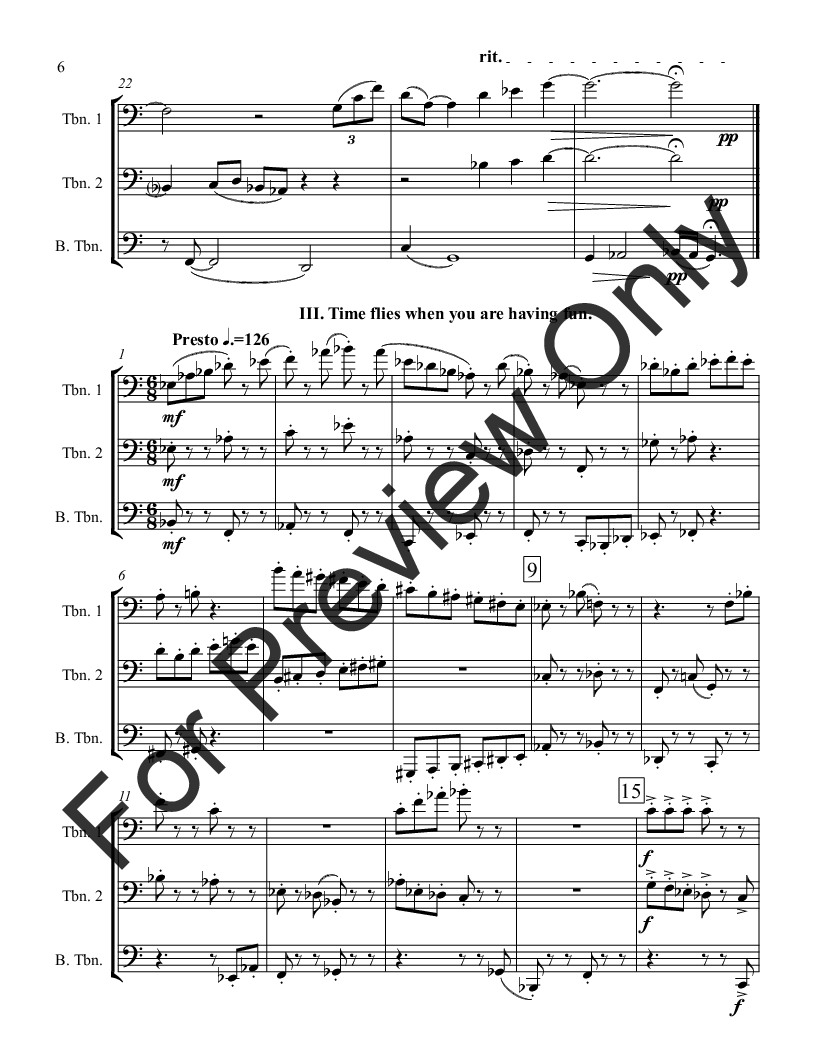 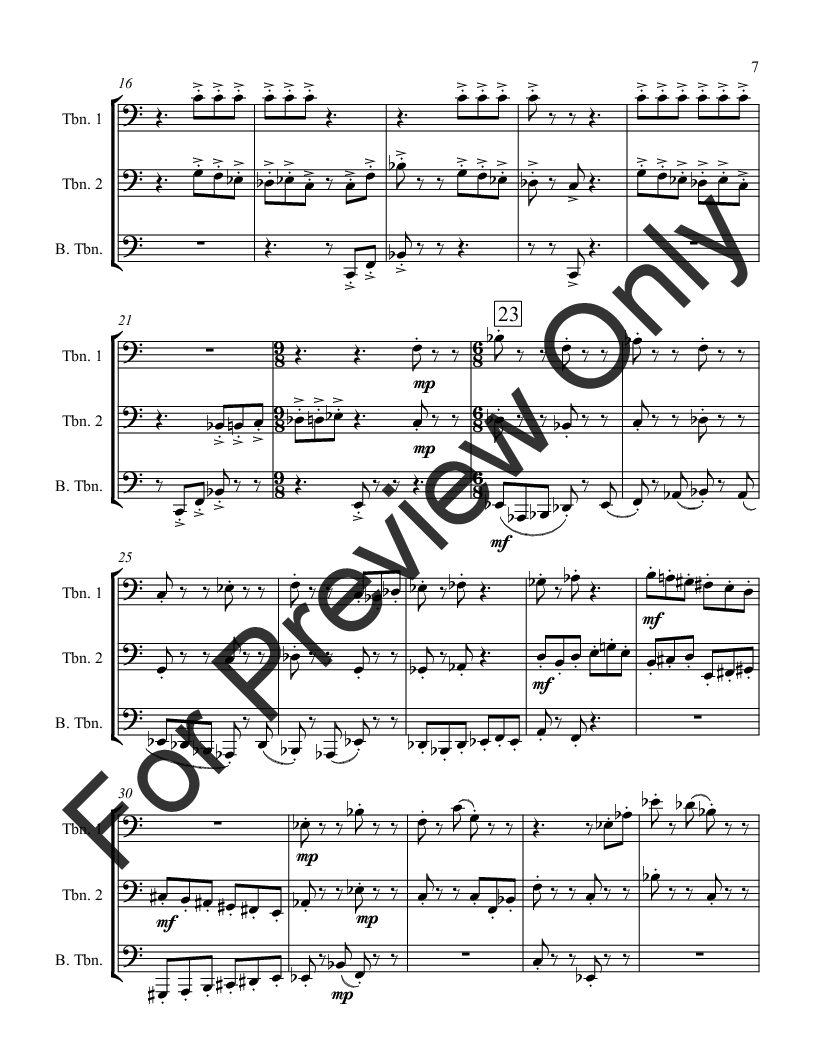 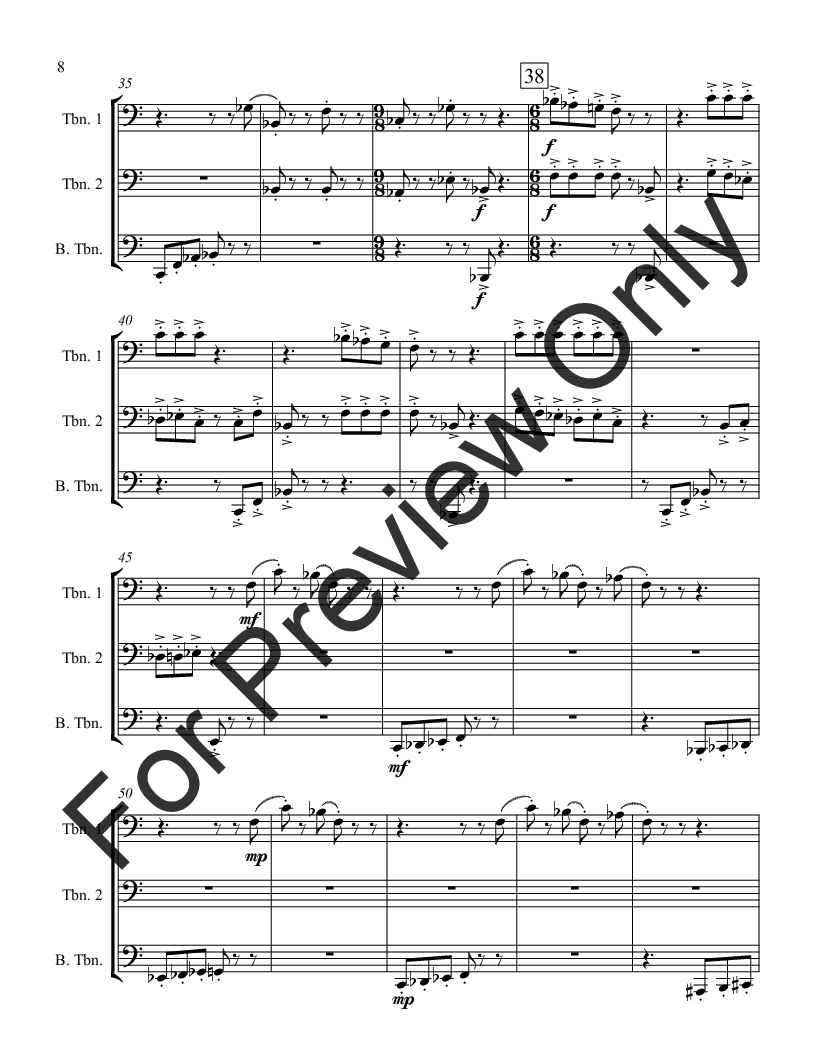 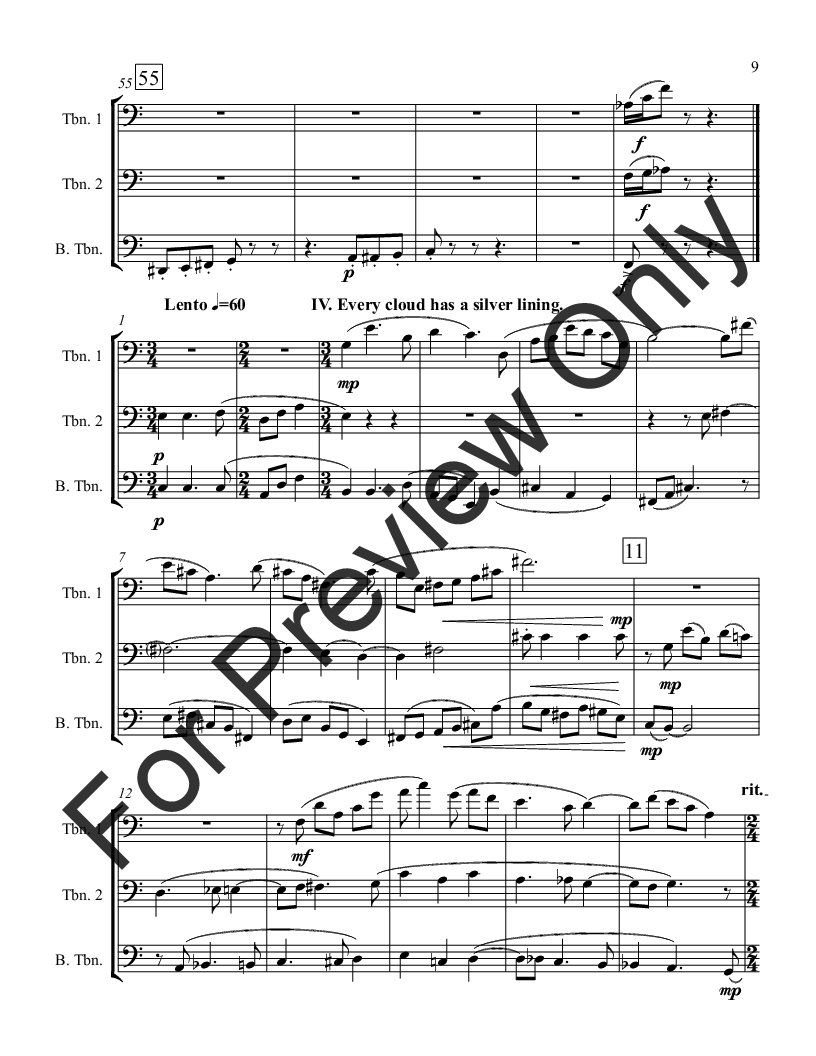 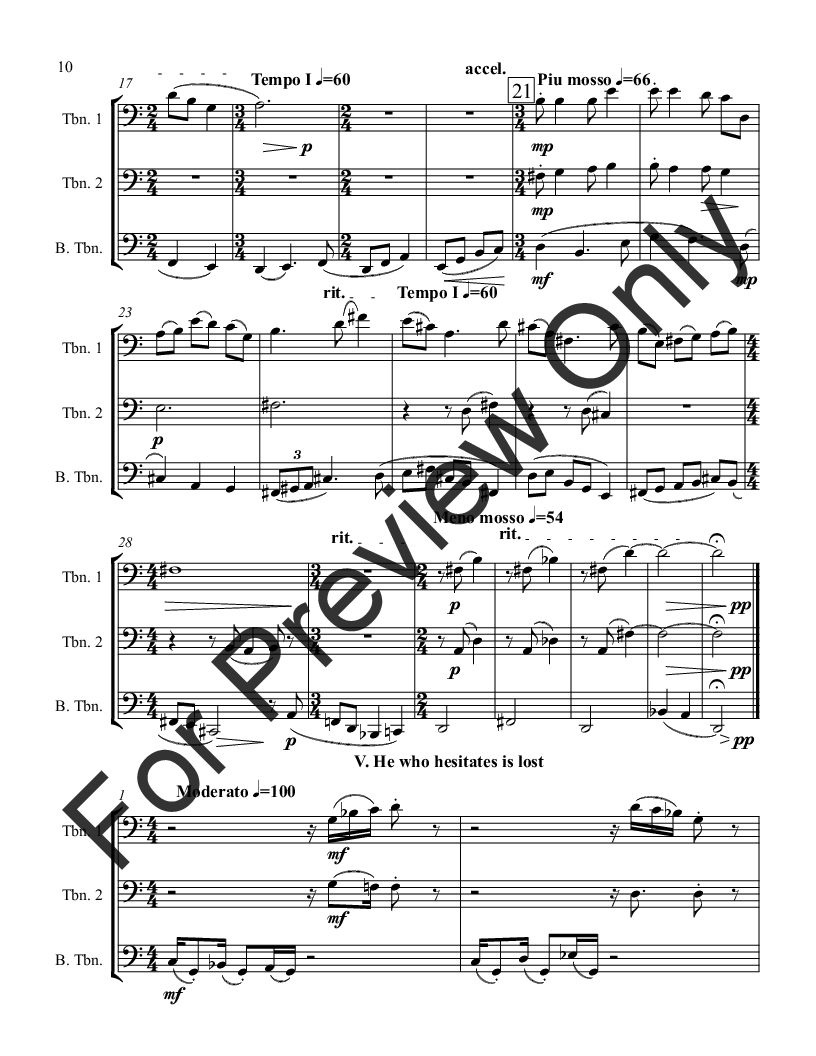 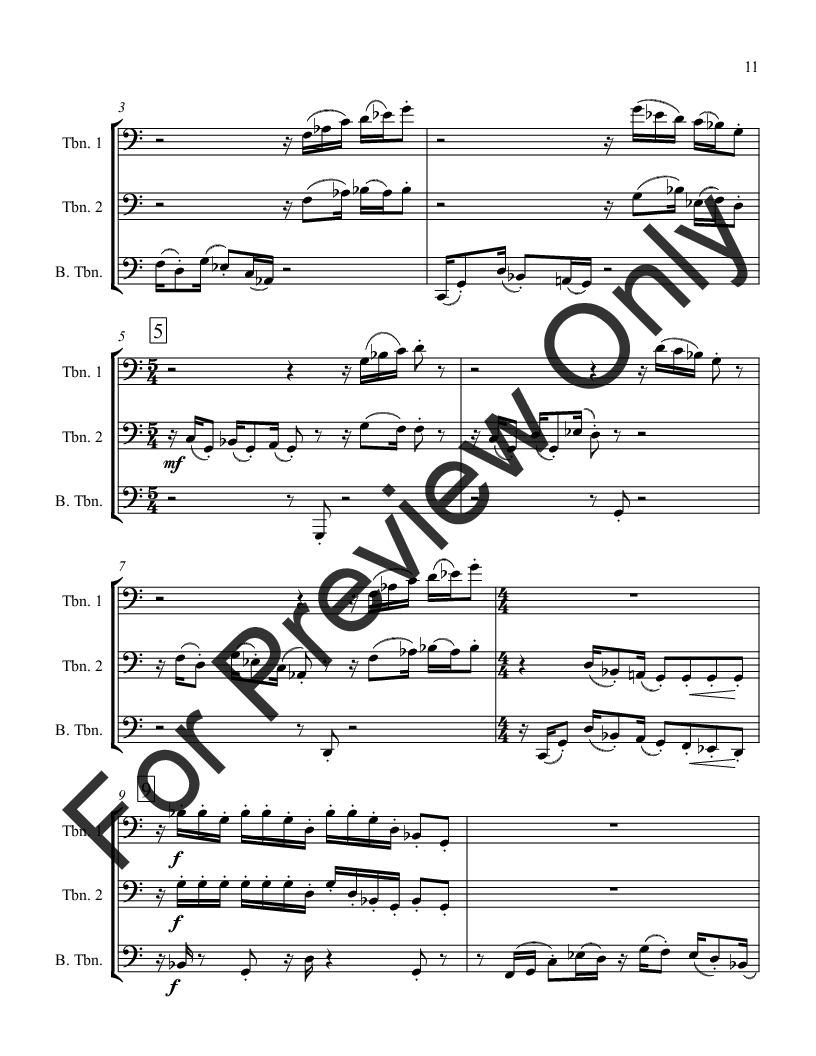 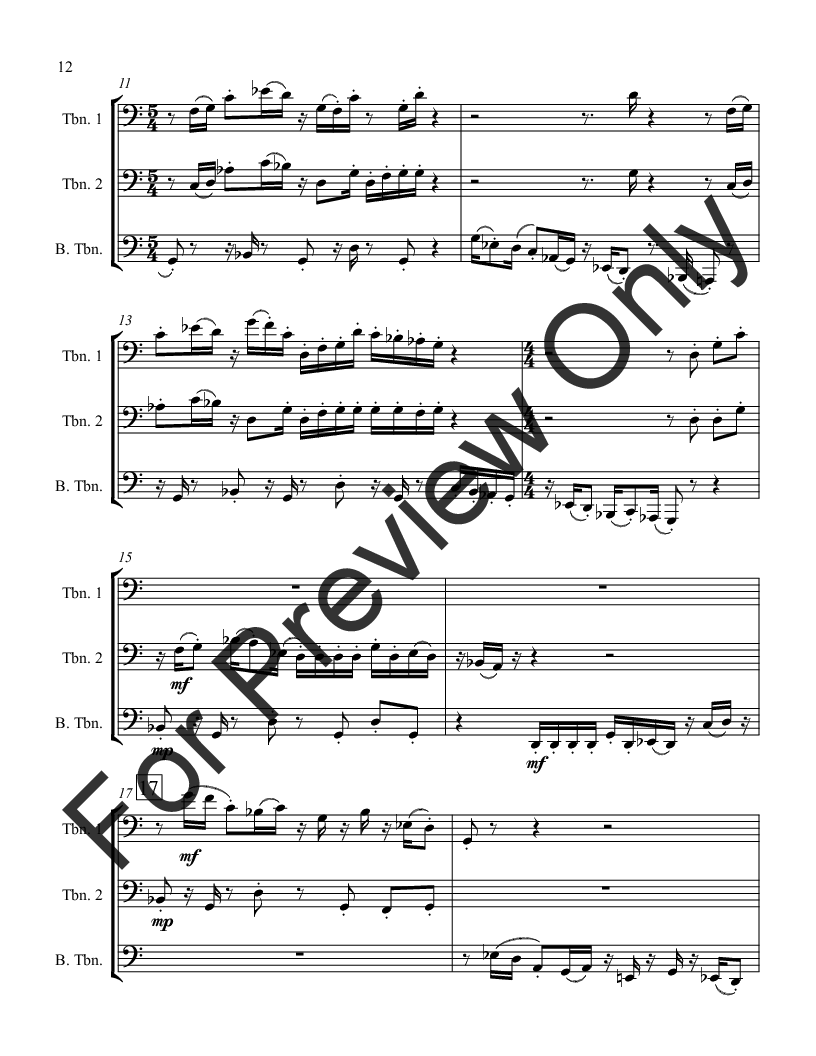 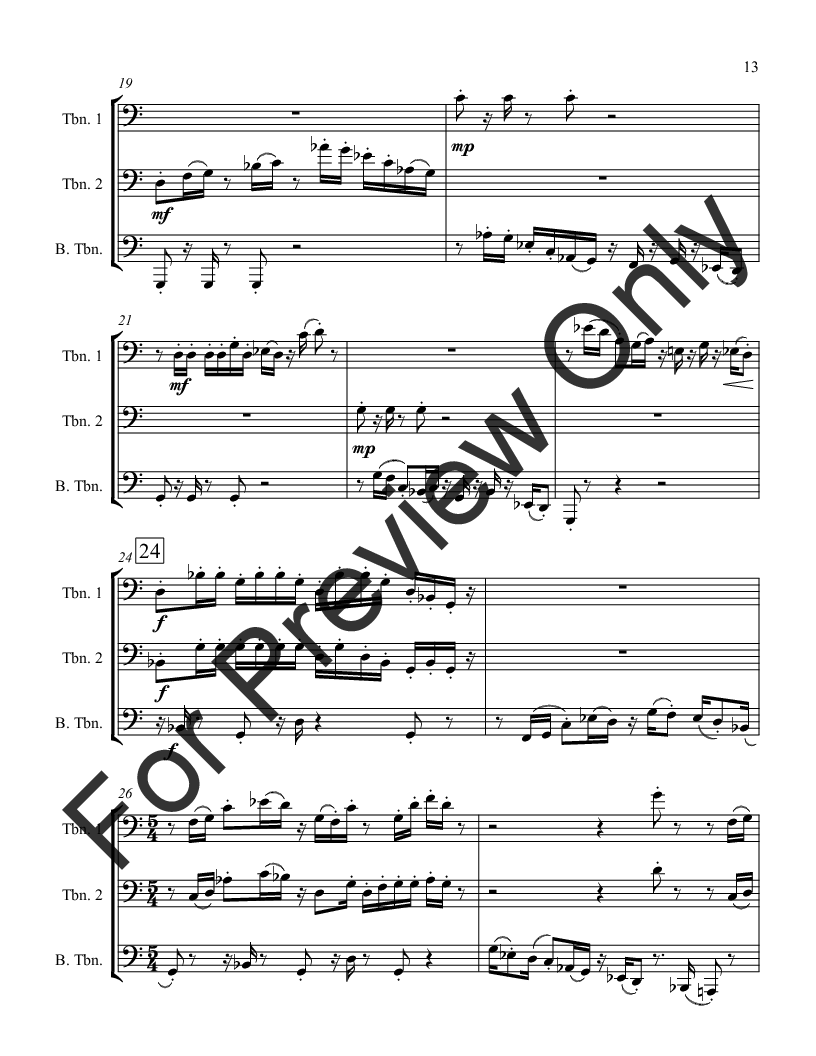 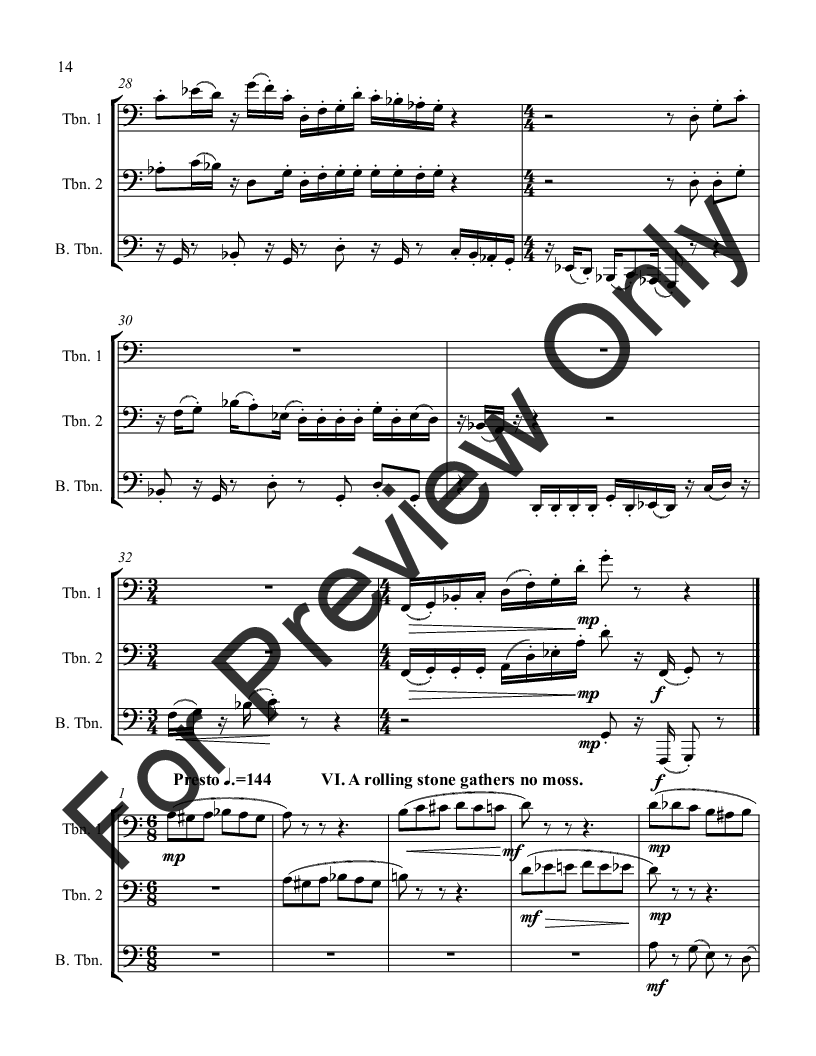 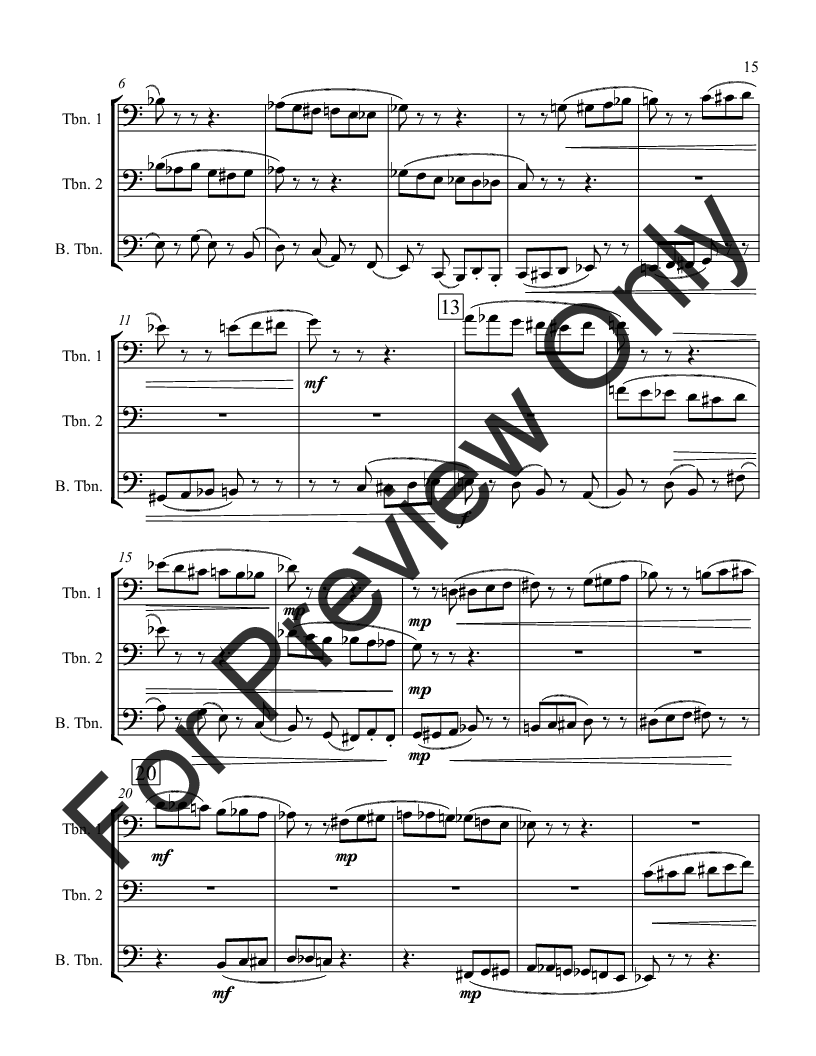 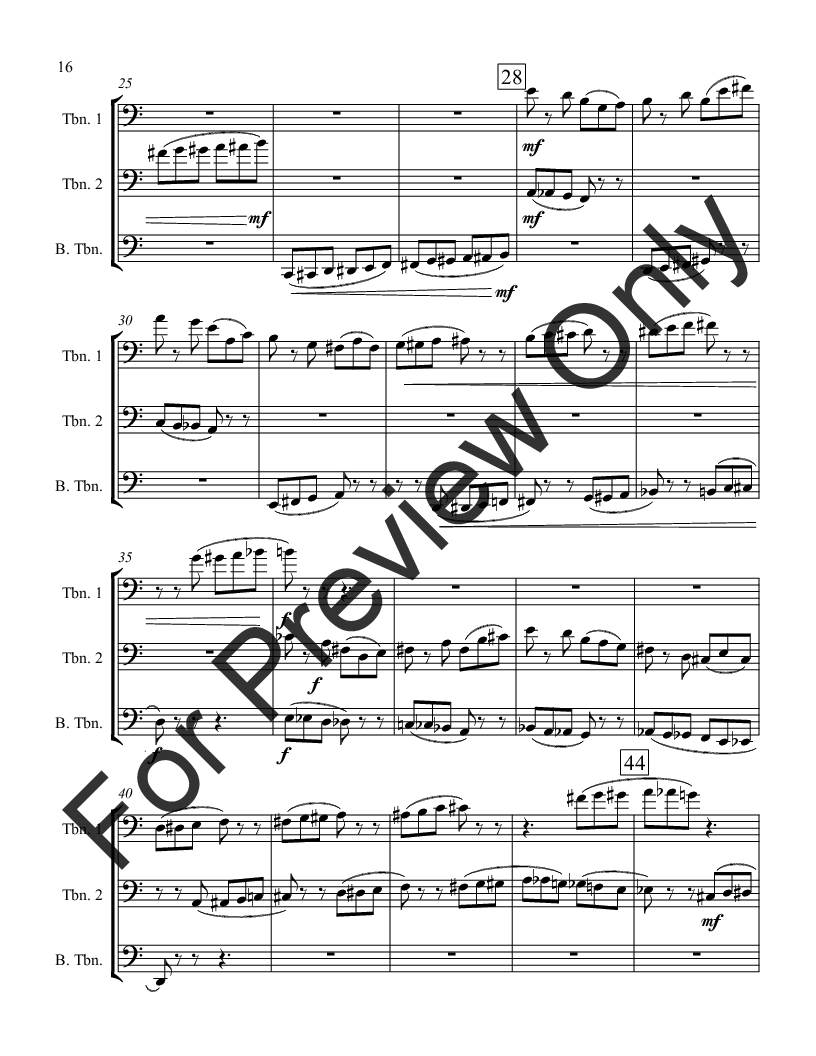 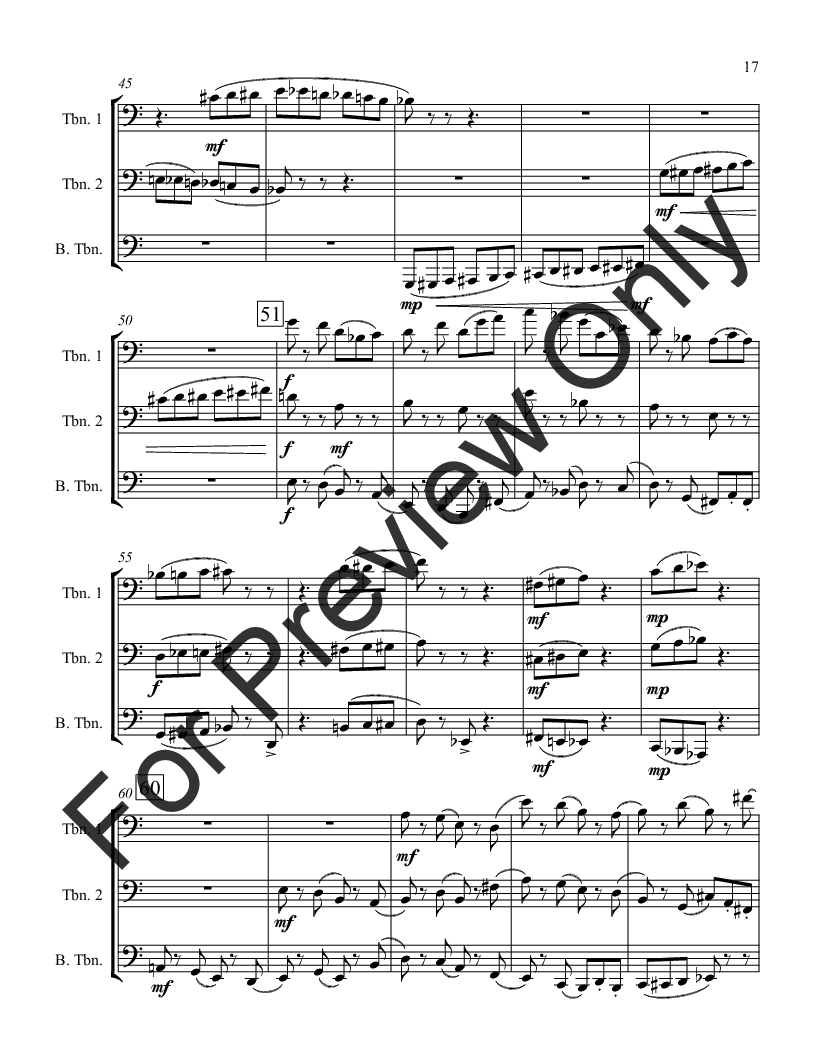 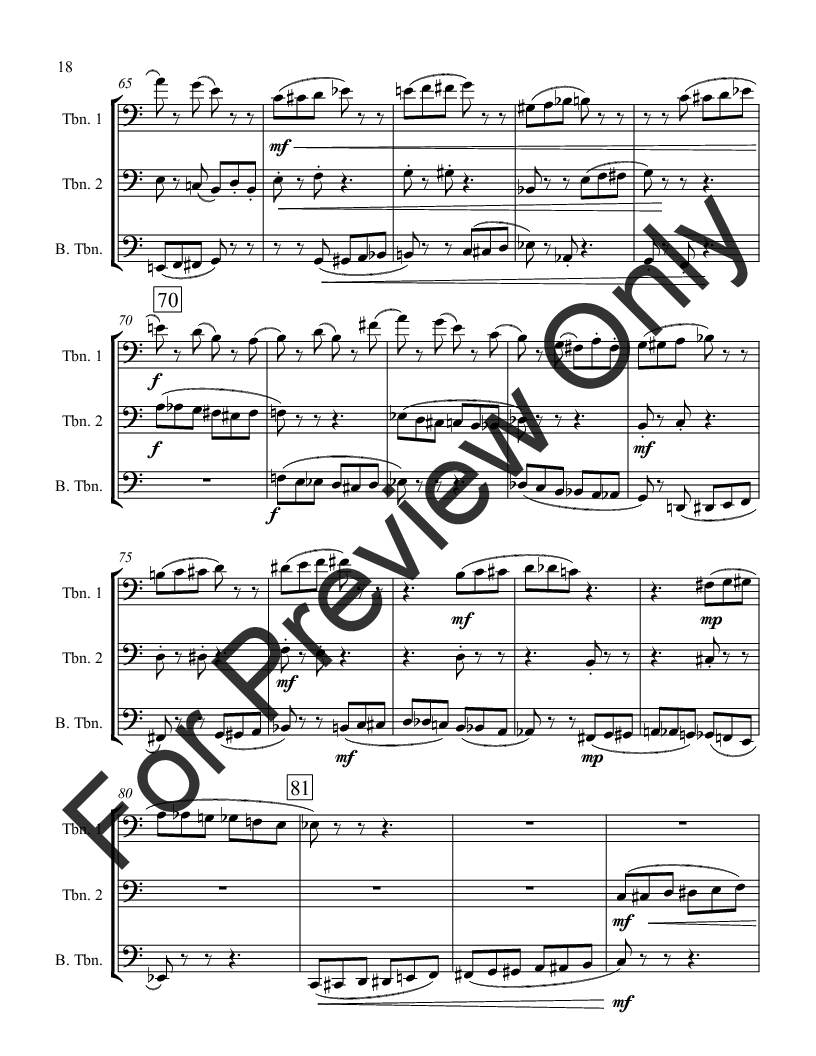 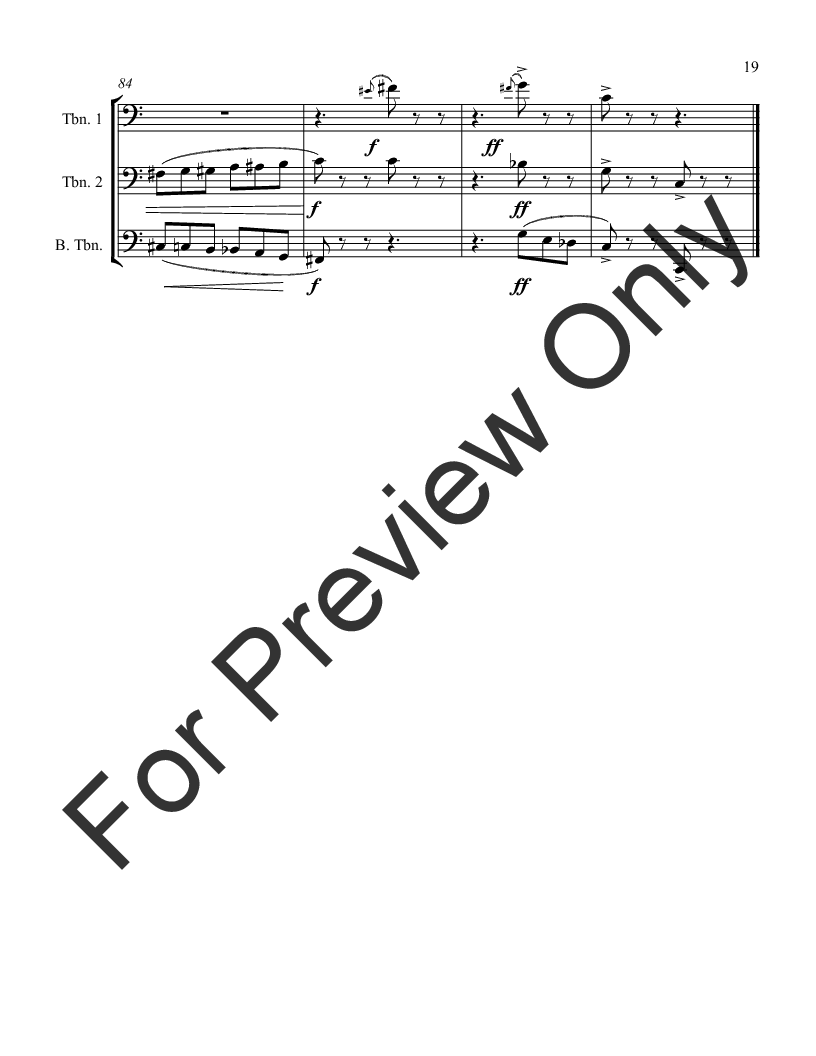 Publisher Desc.  I. The grass is always greener on the other side of the fence. The interpretation of this adage is that one always wants what someone else has instead of accepting ones own uniqueness. During the movement, counterpoint is used to depict one instrument copying another. Towards the middle of the movement, the bass trombone eventually realizes its independence and states a bold melody of its own. The movement ends with the first trombone playing its melody alone with pauses between the phrases as if looking over its shoulder wondering where the other trombones are.II. Absence makes the heart grow fonder. This setting represents a growing love despite the emptiness of being apart. Hollow intervals of fourths and fifths representing longing, occur at the beginning and end. A short love duet between two instruments occurs in the middle.III. Time flies when you are having fun. A rollicking six-eight meter is used to represent a childrens game of tag. There is a lot of alternation of short phrases as if one instrument is trying to tag the other and the other is trying to avoid being tagged. The dissonance and short accented notes represent taunting.IV. Every cloud has a silver lining. This movement is a prayer-like setting with alternation of minor and major harmonies representing the cloud and the silver lining respectively.V. He who hesitates is lost. This movement is very rhythmic and syncopated with the instruments alternating phrases in the manner of a call and response. It calls for split-second precision between the performers, therefore representing the adage.VI. A rolling stone gathers no moss. The last movement is a perpetual motion in a rolling six-eight meter. The musical ideas are very chromatic with the exception of main theme that appears first as a solo melody, then as several instruments together, and later as instruments in imitation. Towards the end, there are a few brief pauses and low accented notes as a life of activity has a few bumps along the way.
Select a Product
My Library
What is My Library?
Powered by Rating-System.com
Share this title