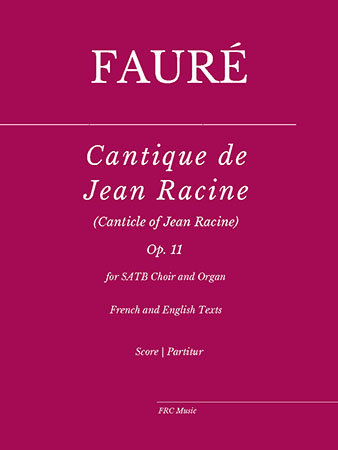 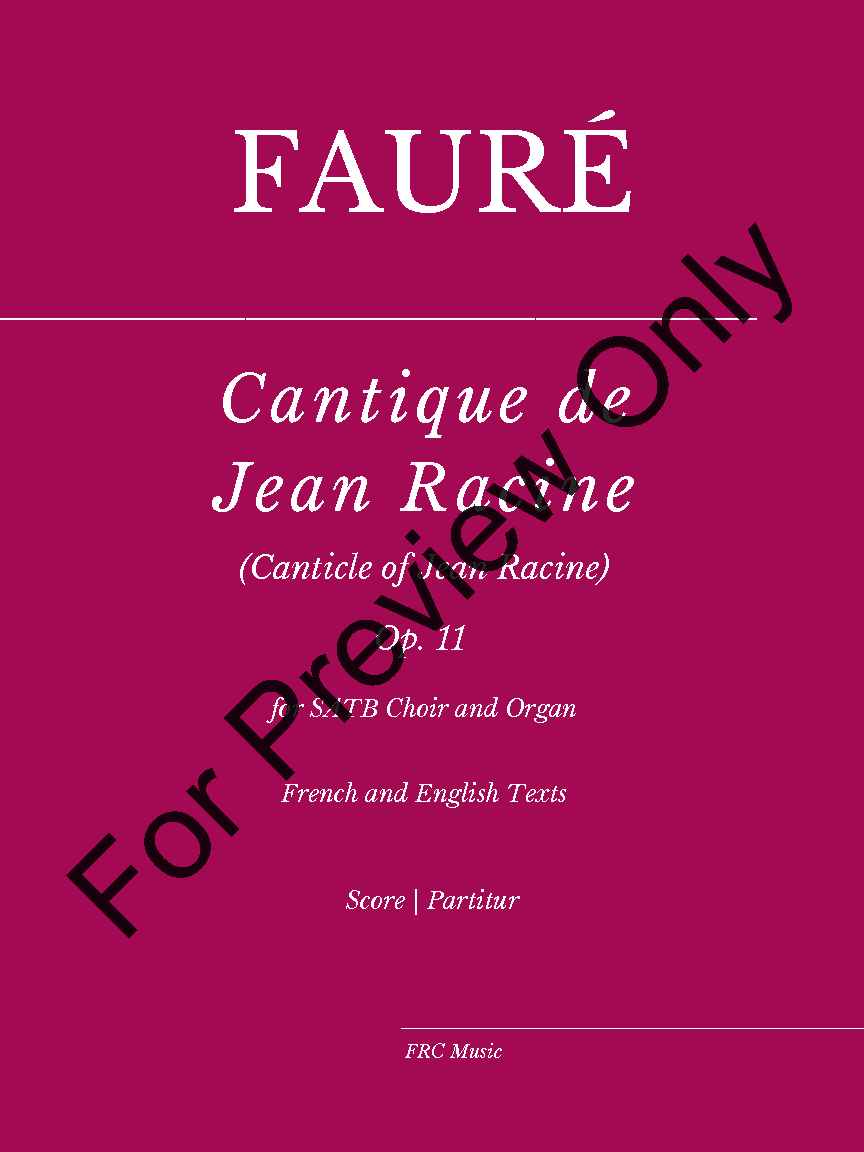 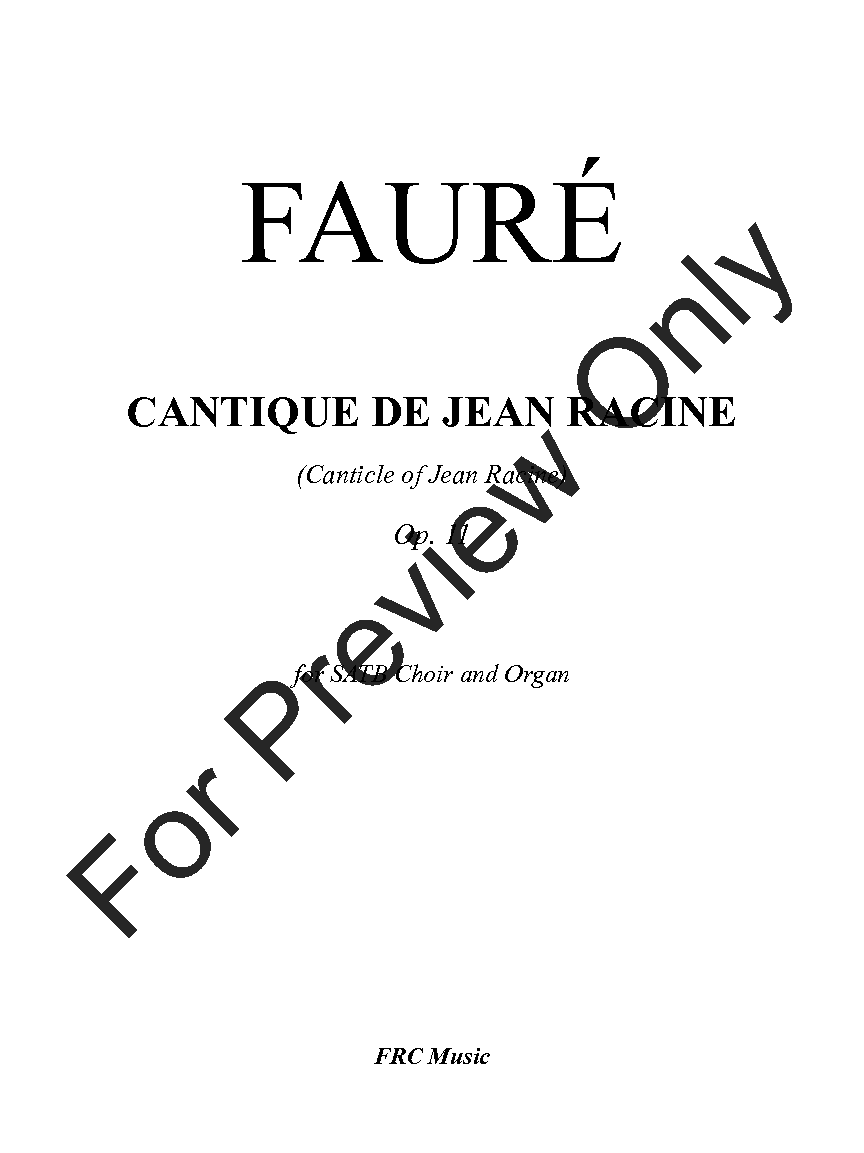 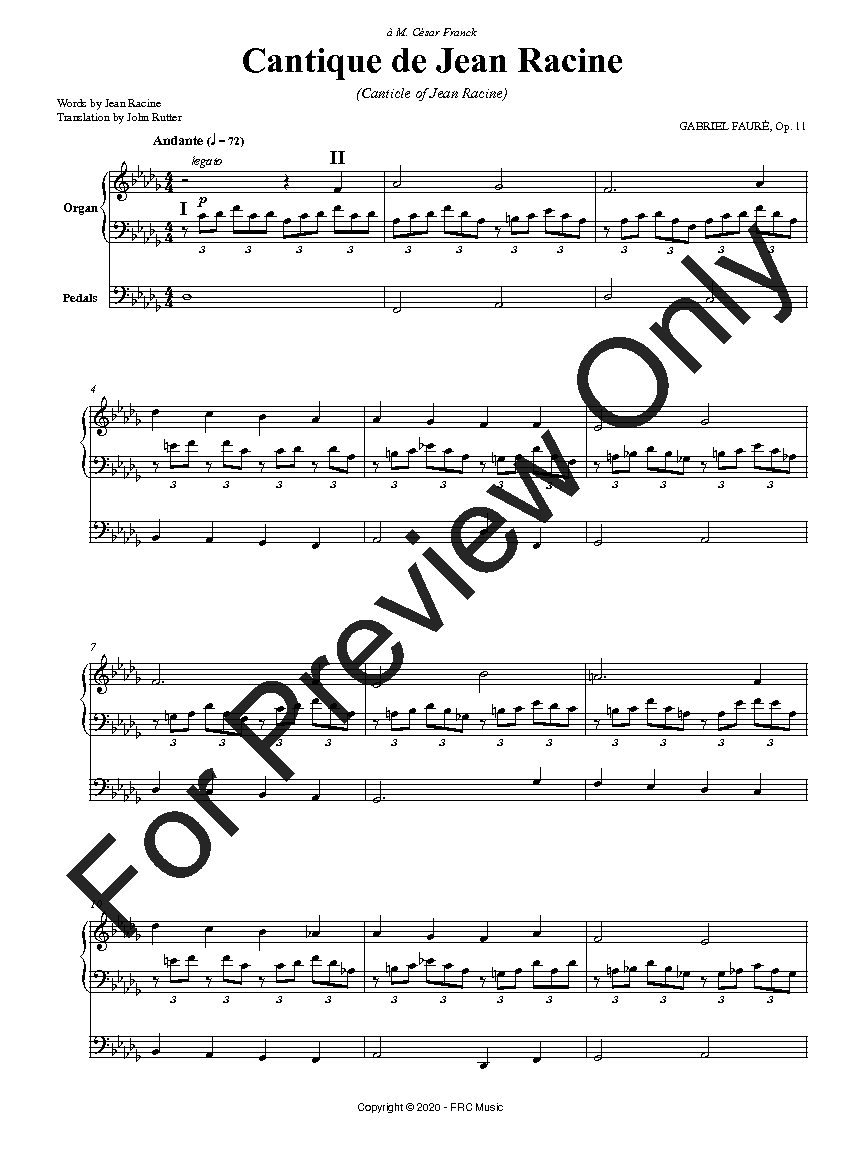 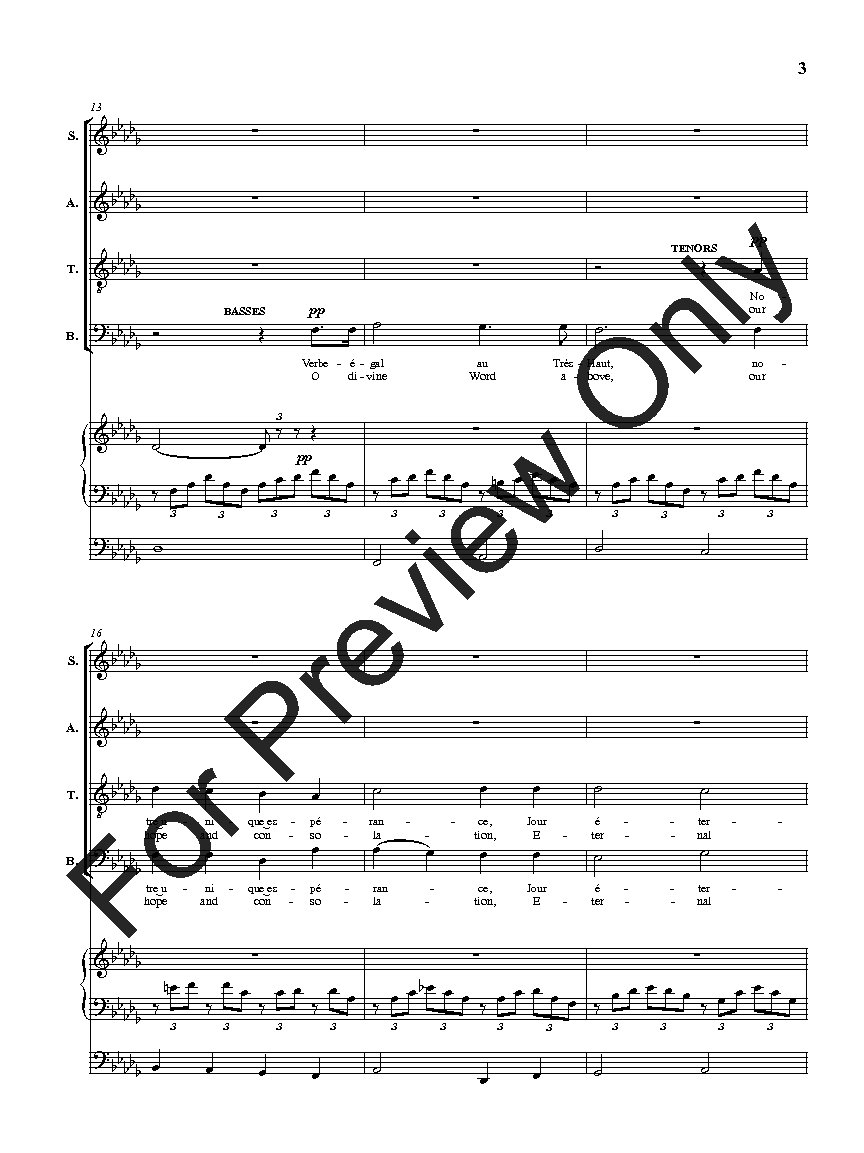 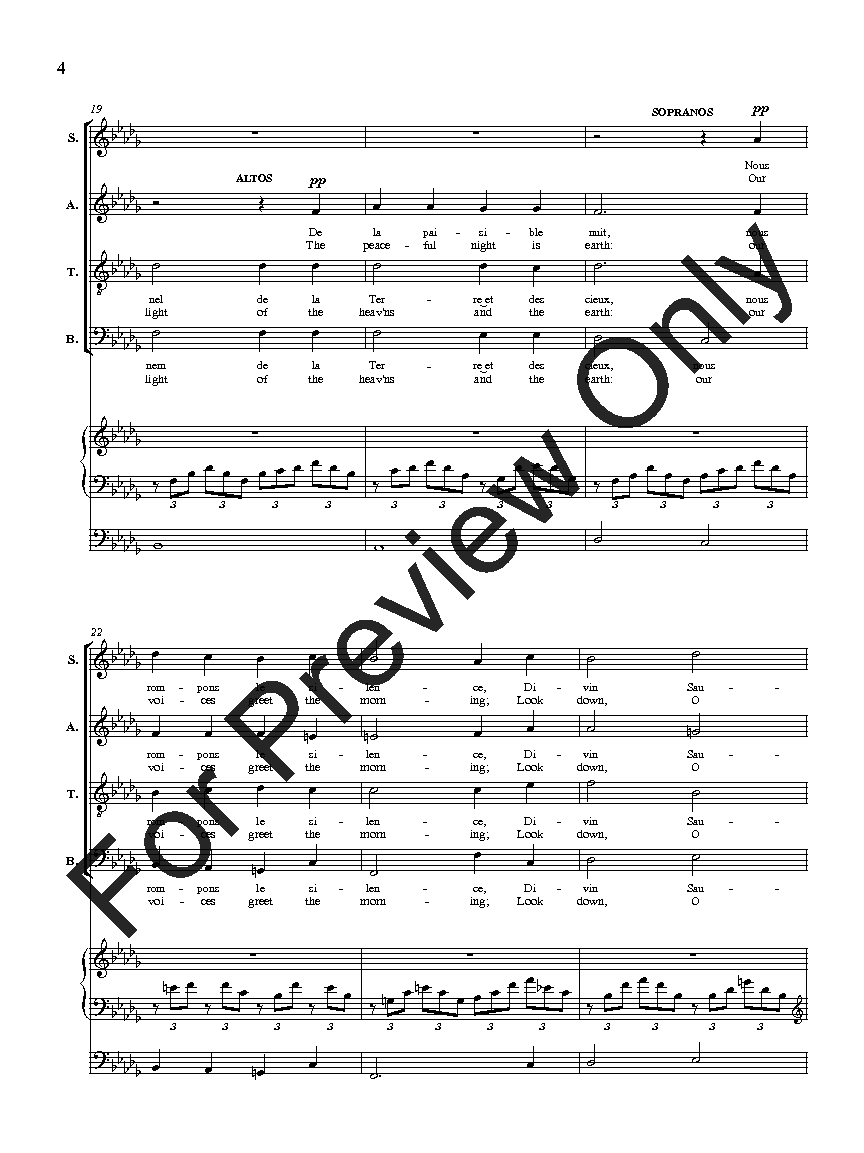 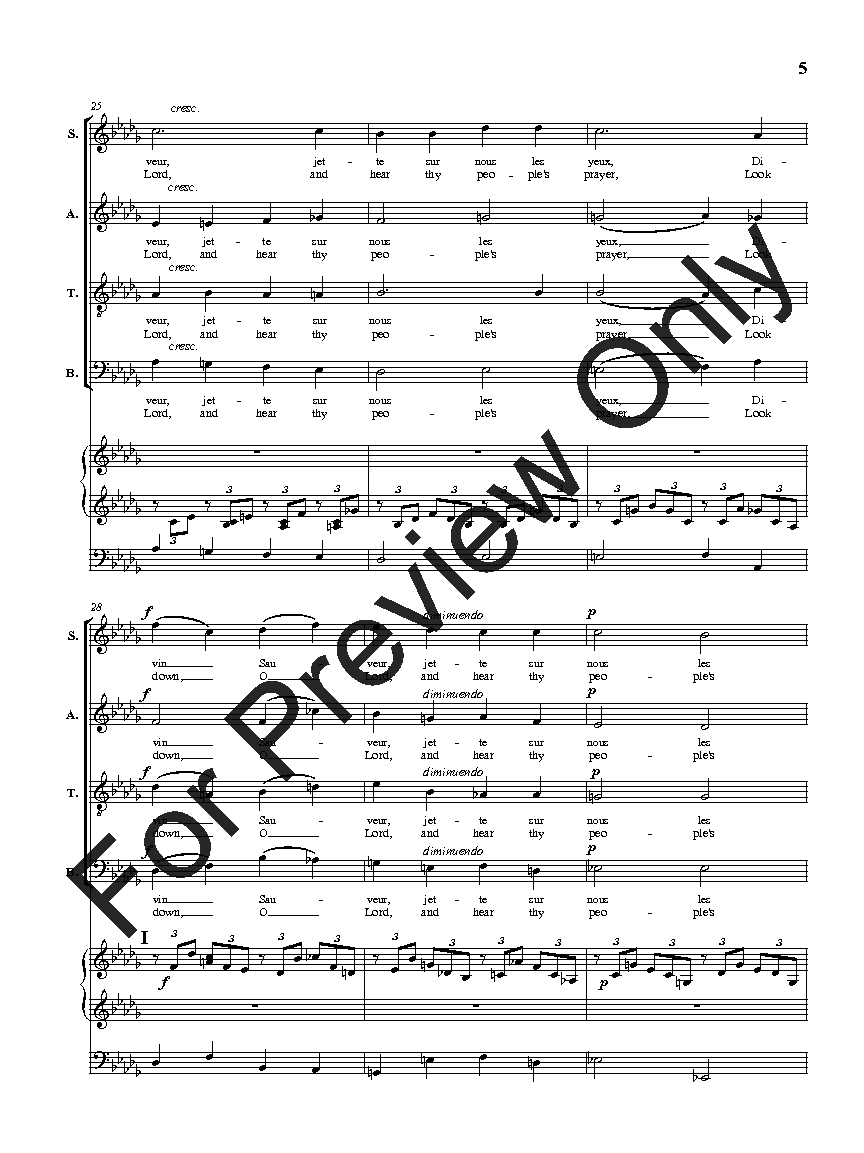 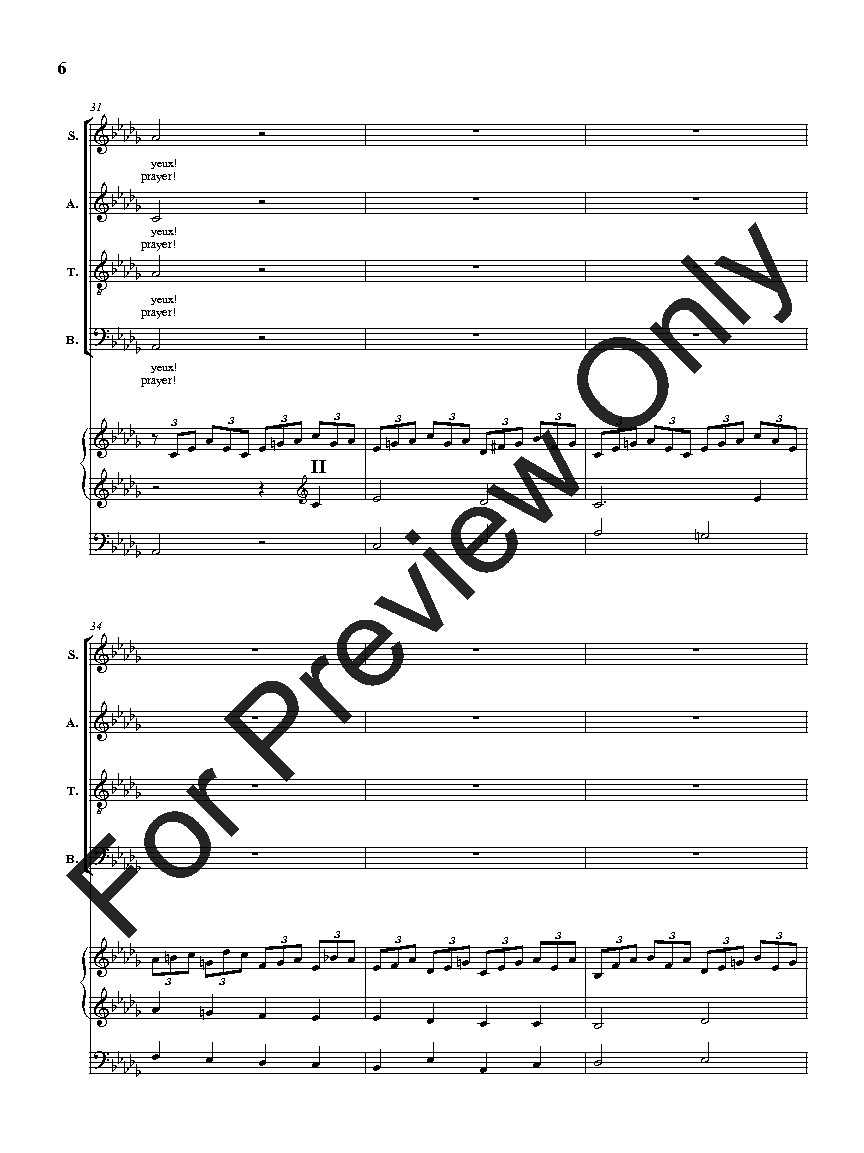 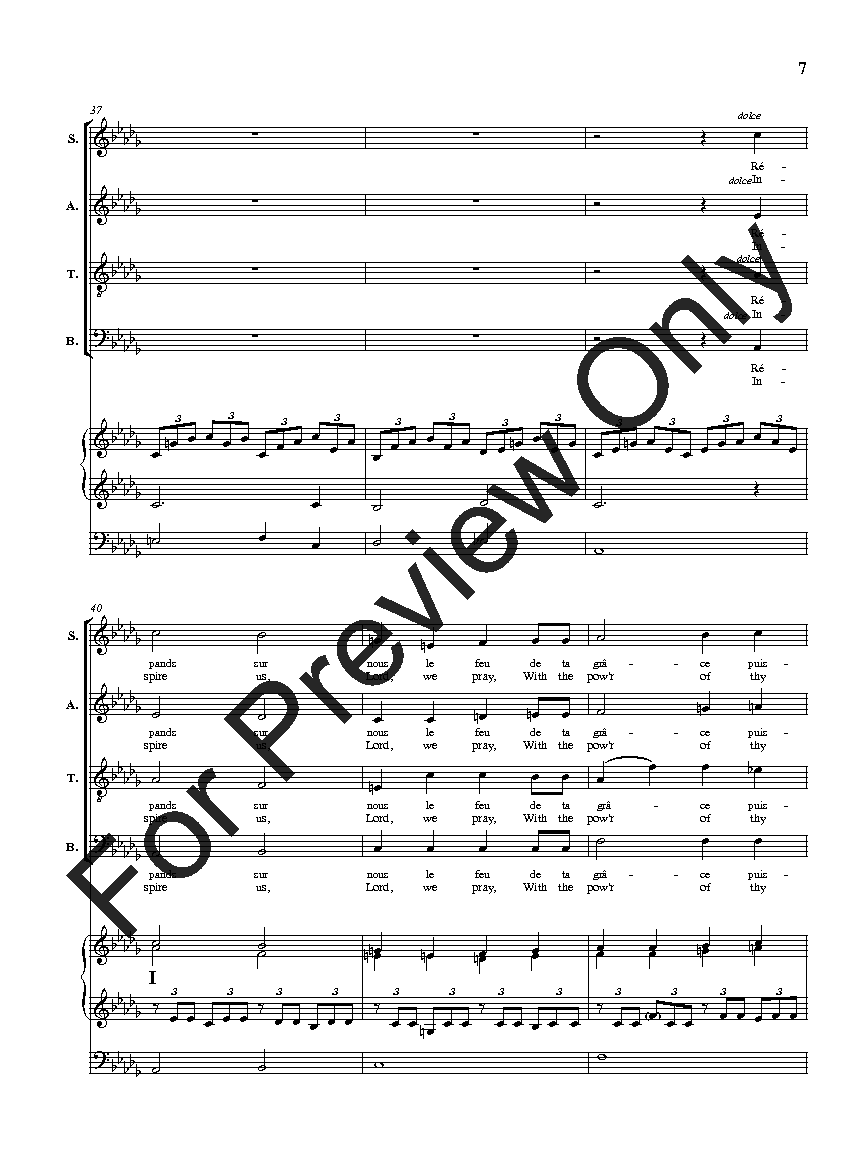 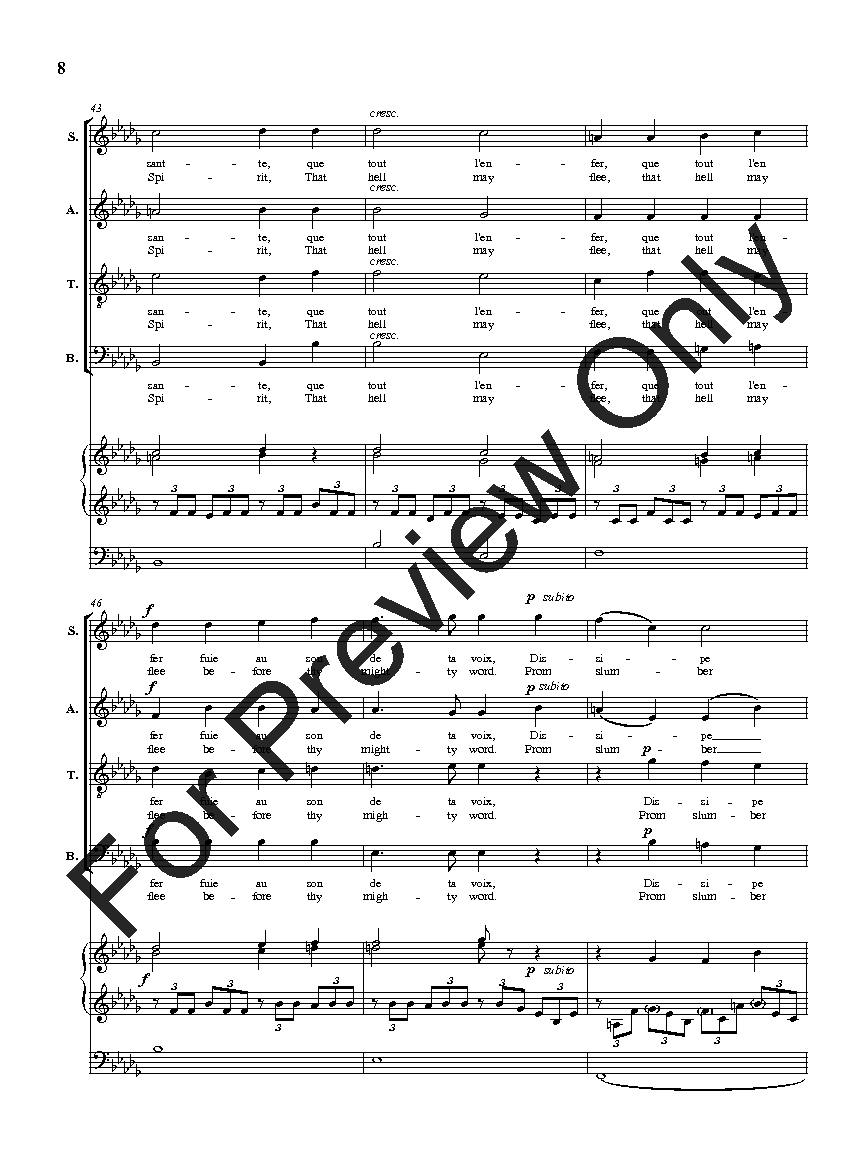 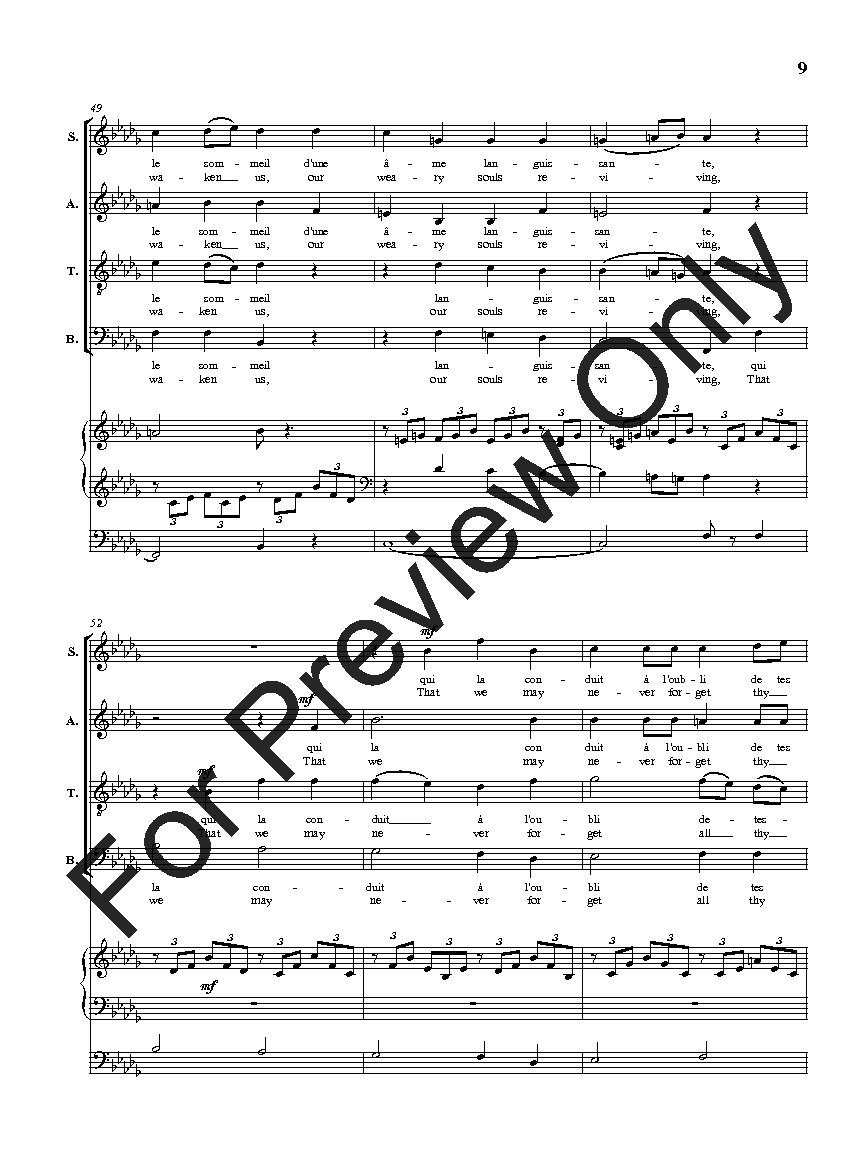 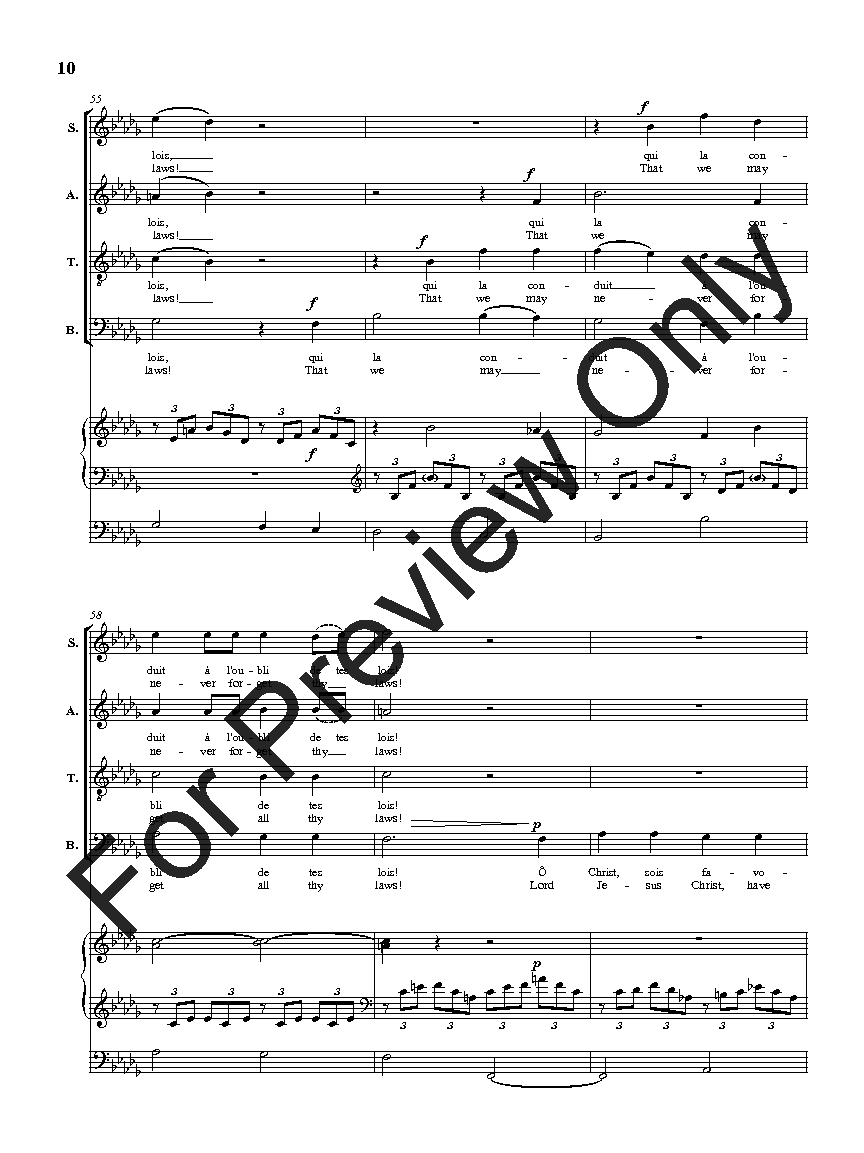 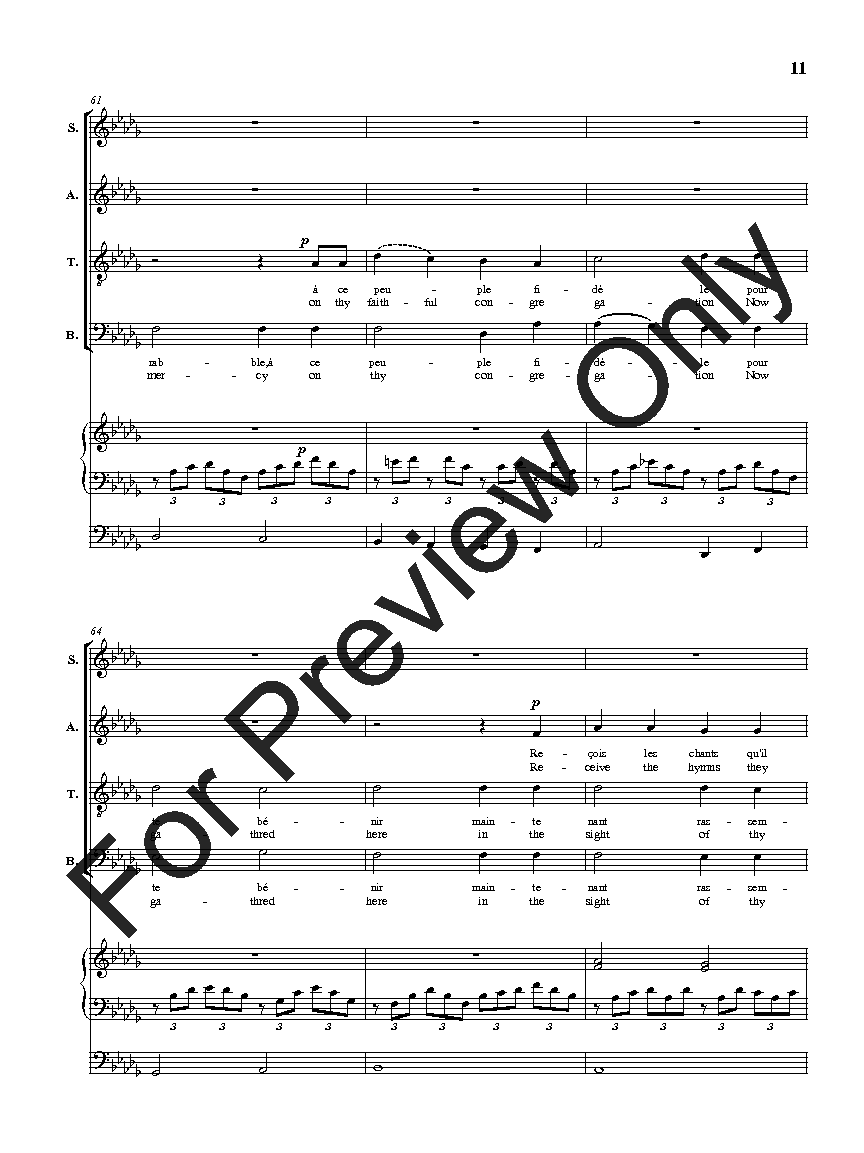 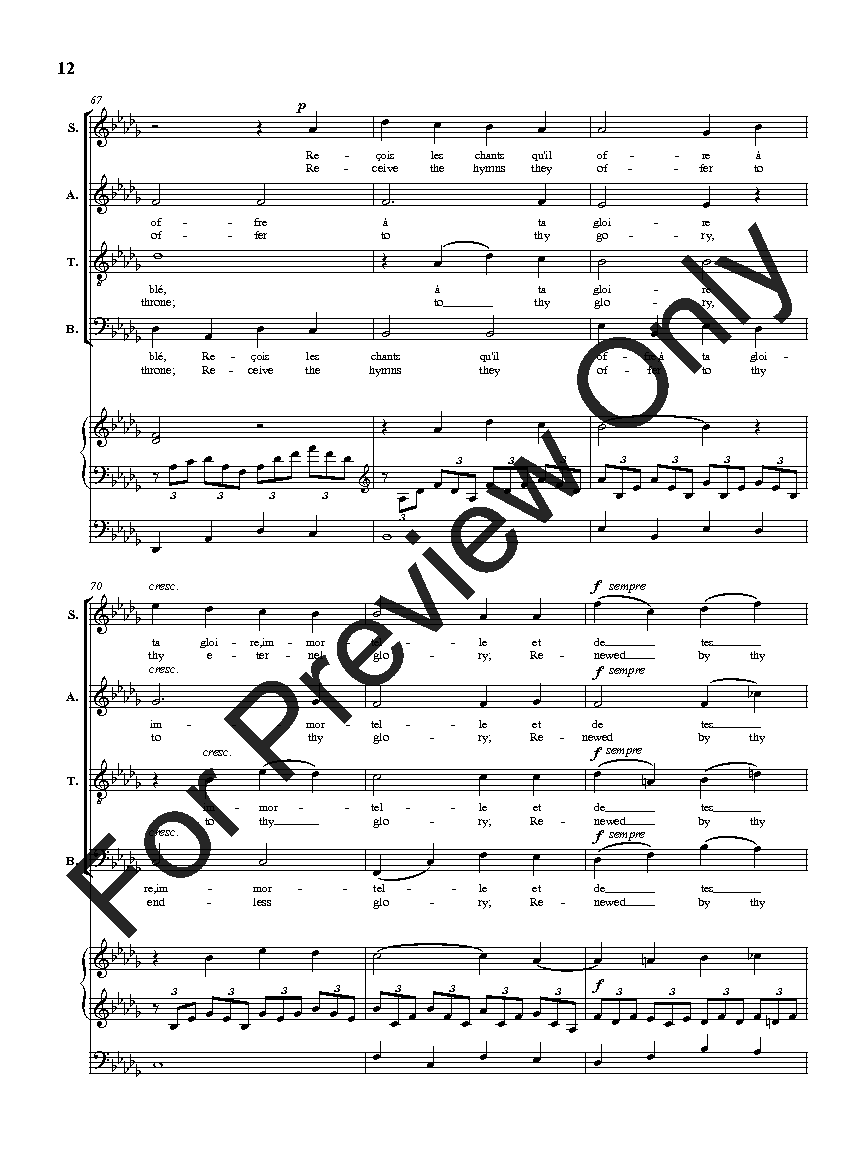 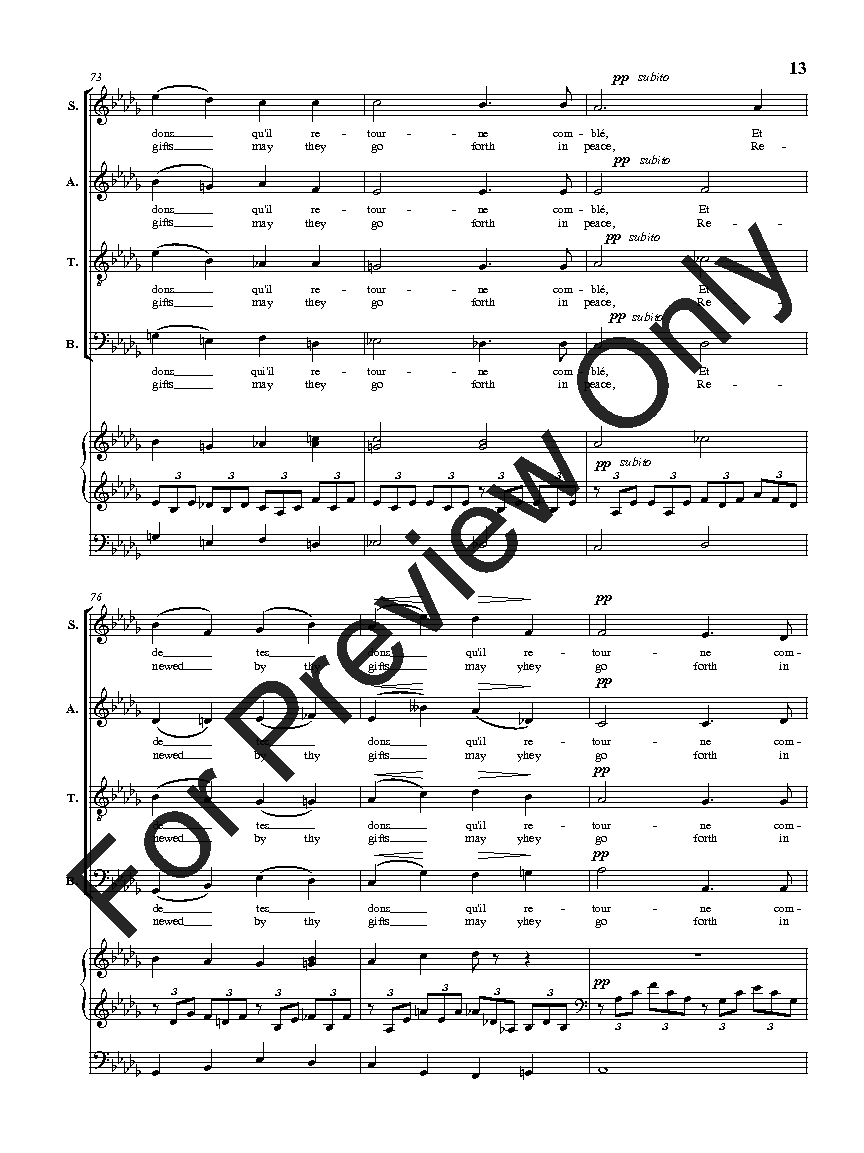 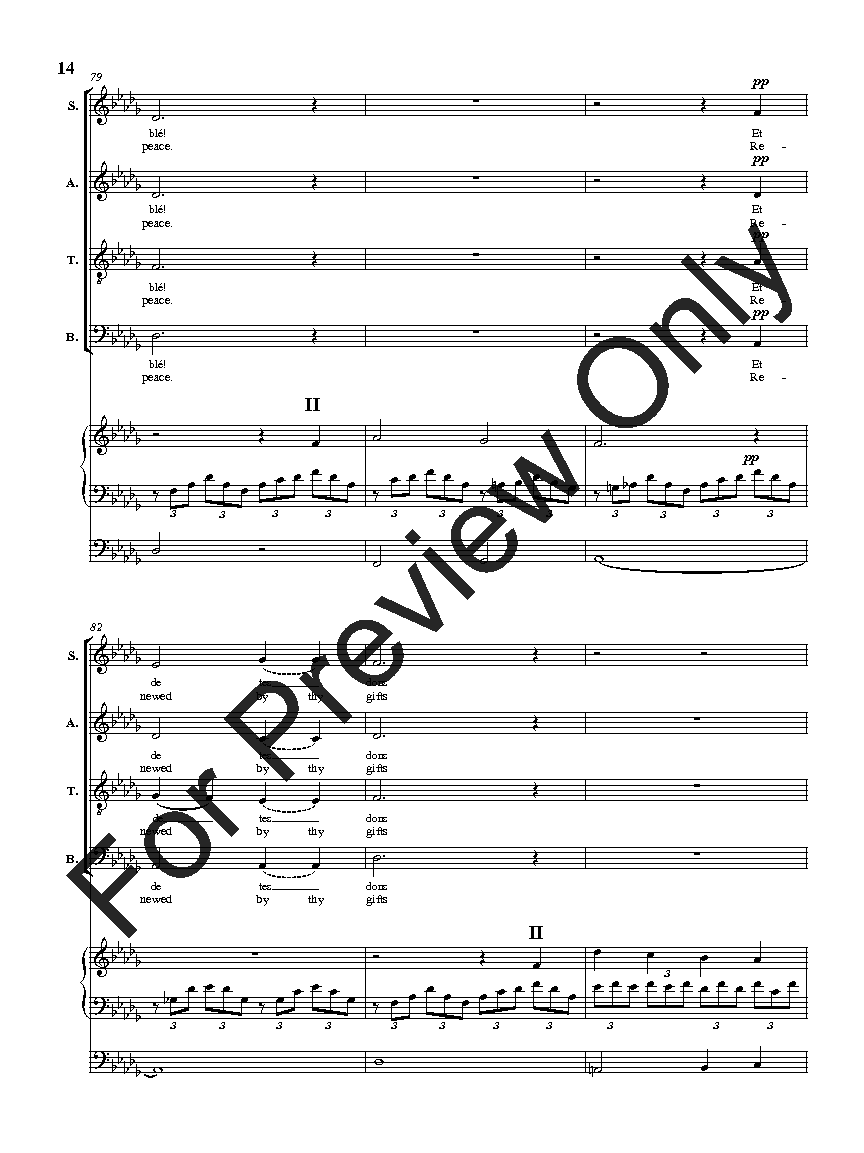 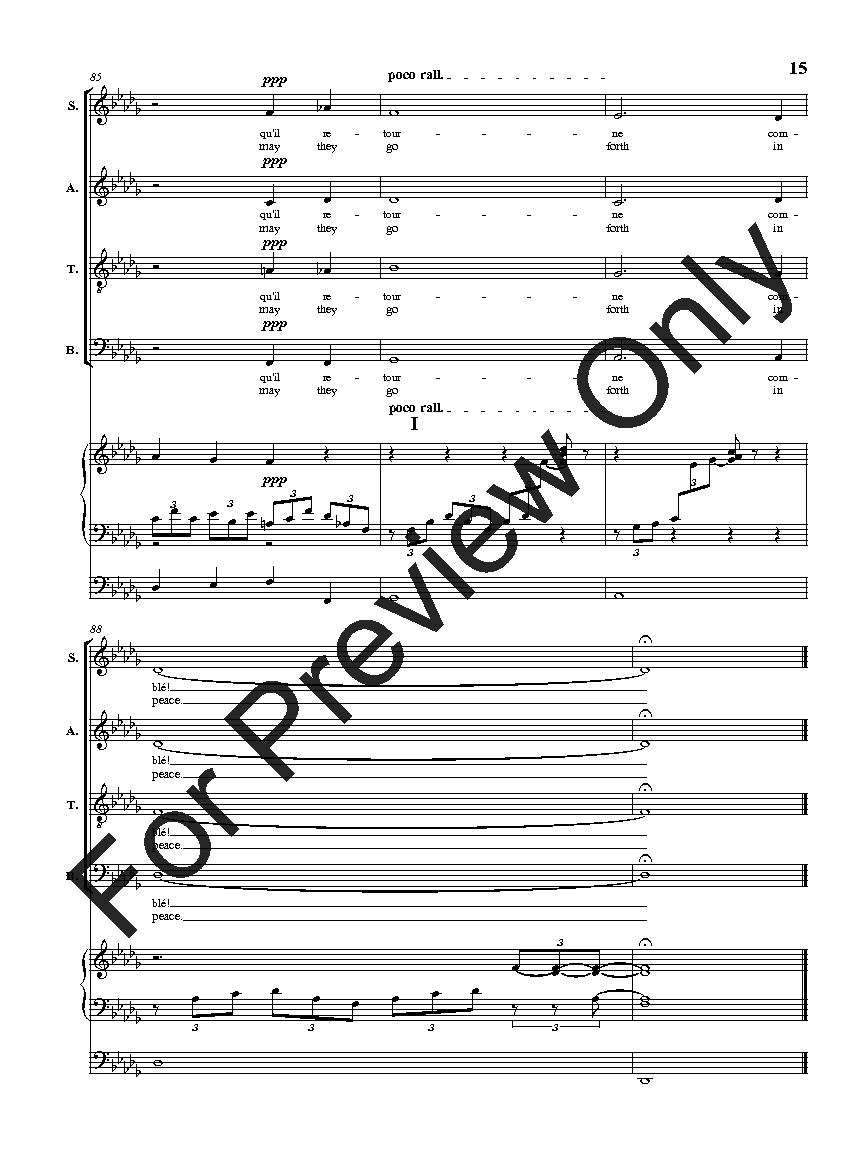 (for SATB Choir and Organ)
Gabriel Faure /arr. Flavio Regis Cunha - Flávio Régis Cunha
Publisher Desc.  Cantique de Jean Racine (Op. 11) is a work for mixed chorus and piano or organ by Gabriel Faure. Written by the nineteen-year-old composer in 1864-5, the piece won Faure the first prize when he graduated from the Ecole Niedermeyer and was first performed the following year on August 4, 1866, with accompaniment of strings and organ. It was first published around 1875 or 1876 (Schoen, Paris, as part of the series Echo des Maitrises) and appeared in a version for orchestra (possibly by the composer) in 1906. The accompaniment has also been arranged for strings and harp by Flavio Regis Cunha. French and english texts.
Select a Product
My Library
What is My Library?