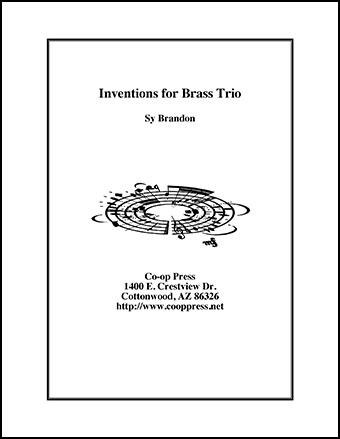 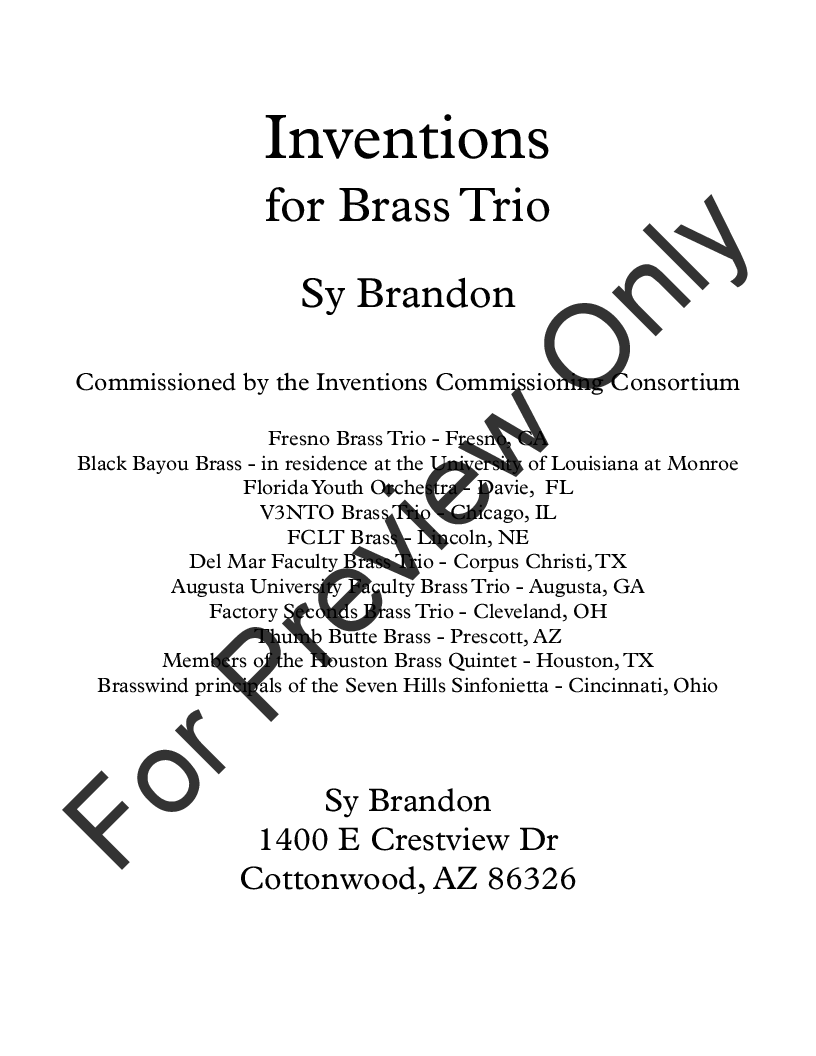 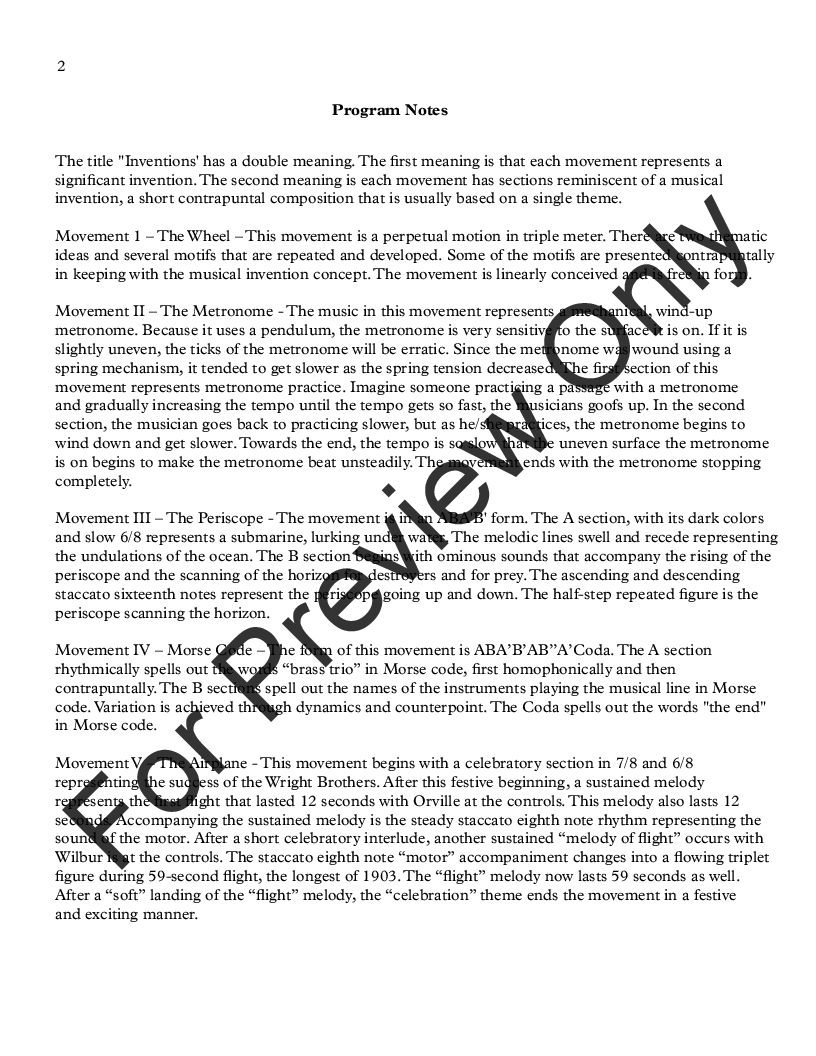 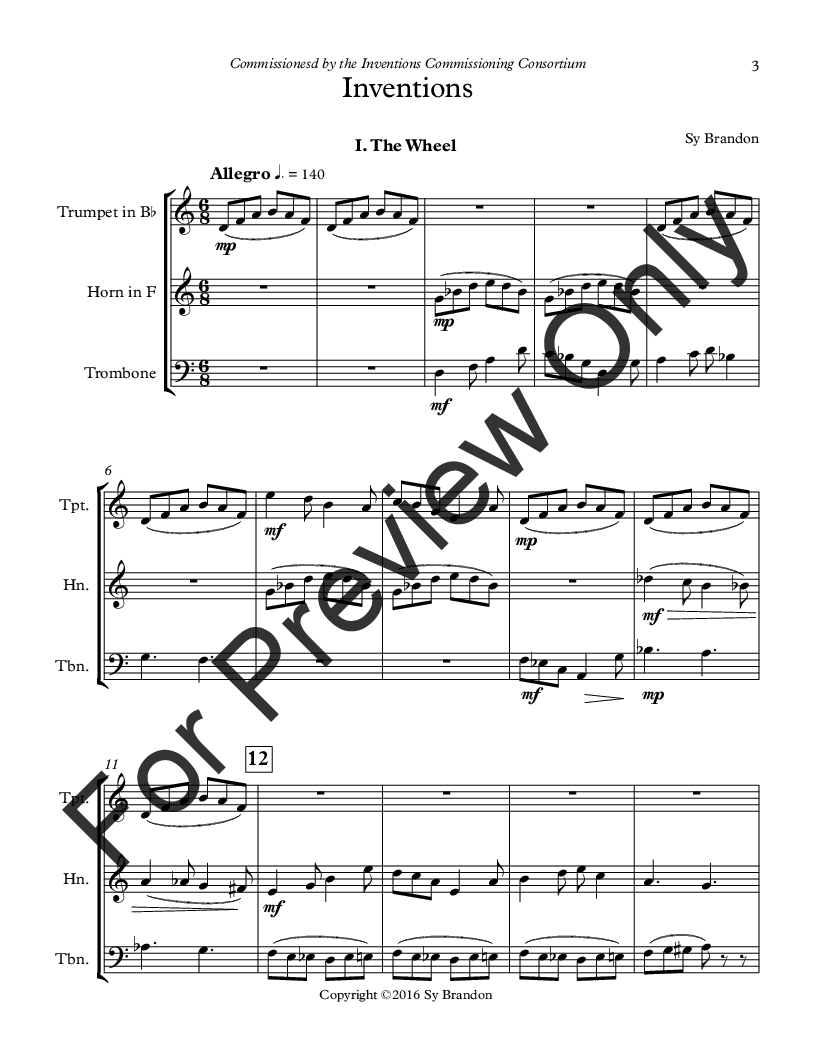 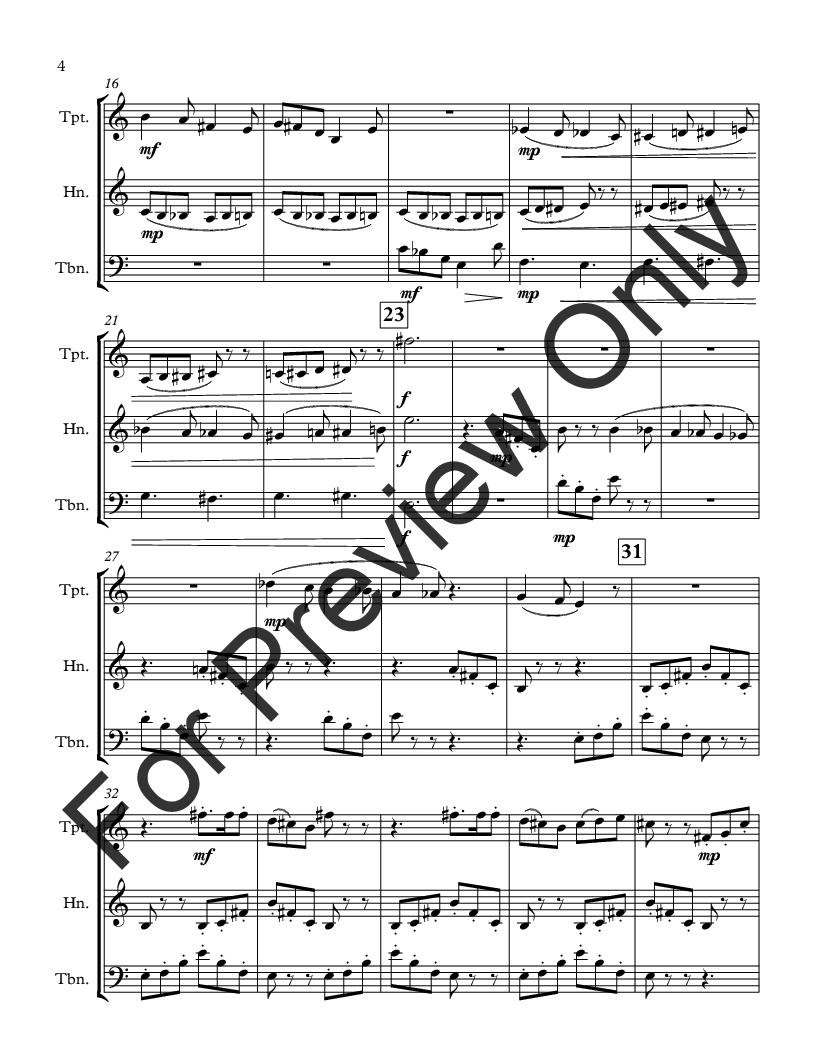 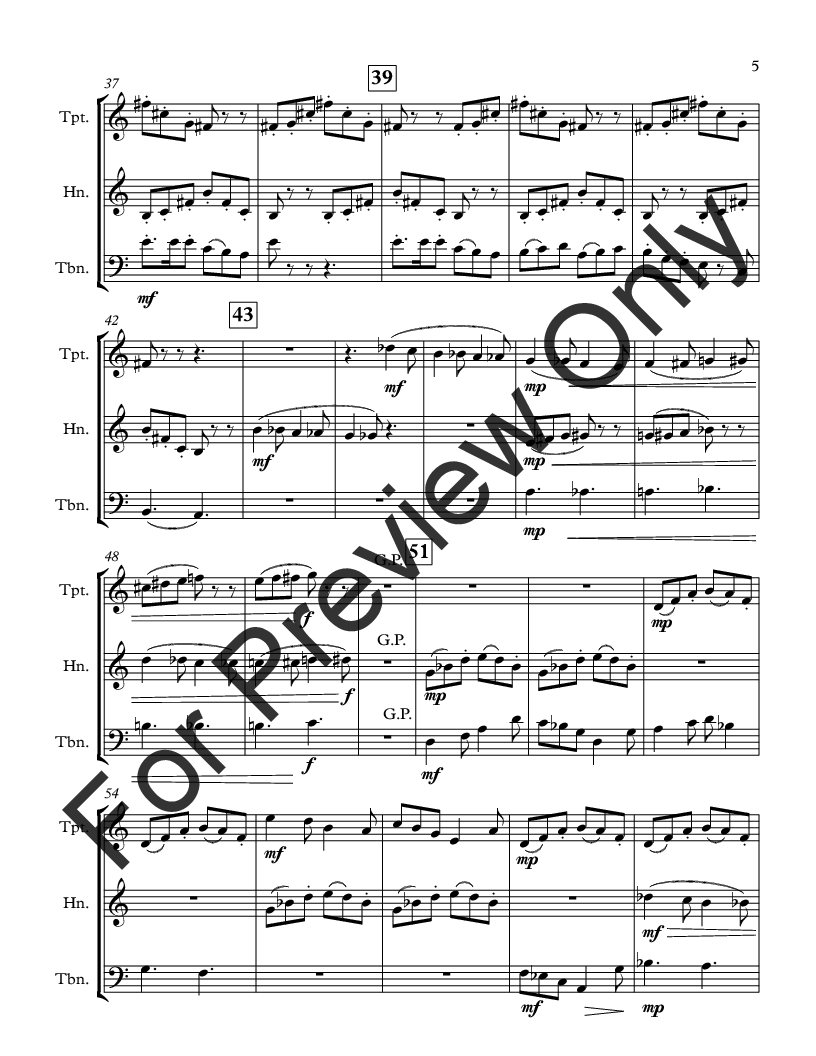 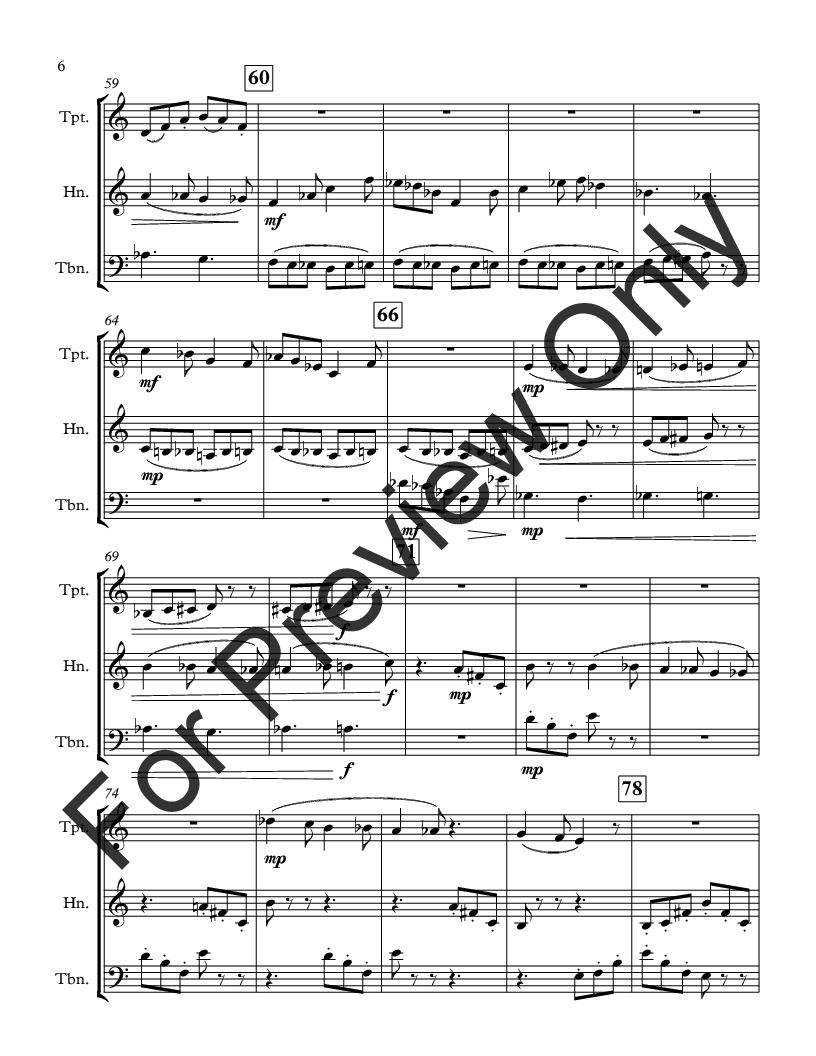 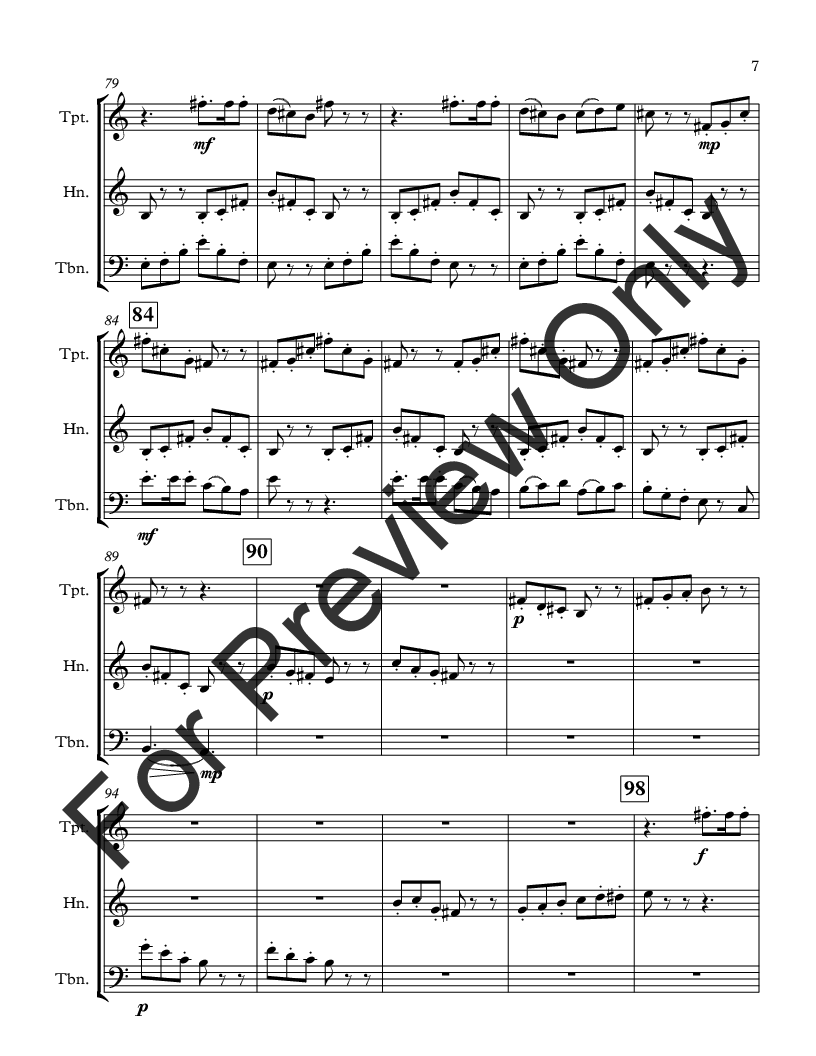 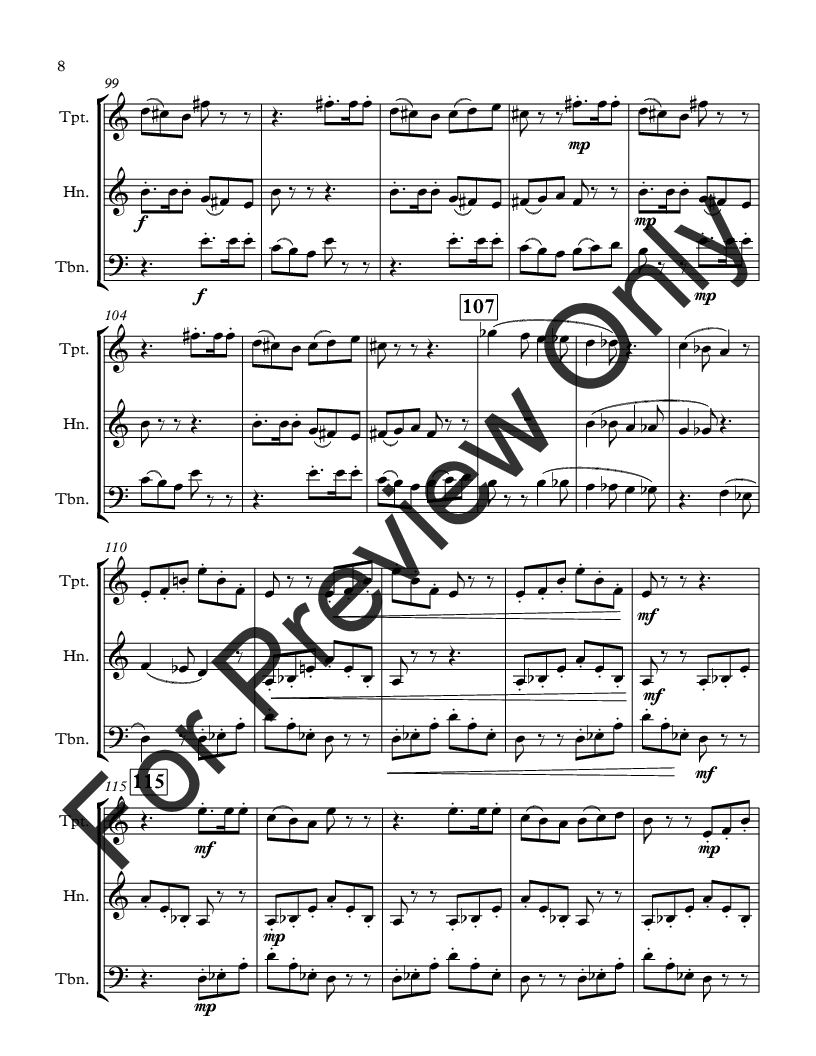 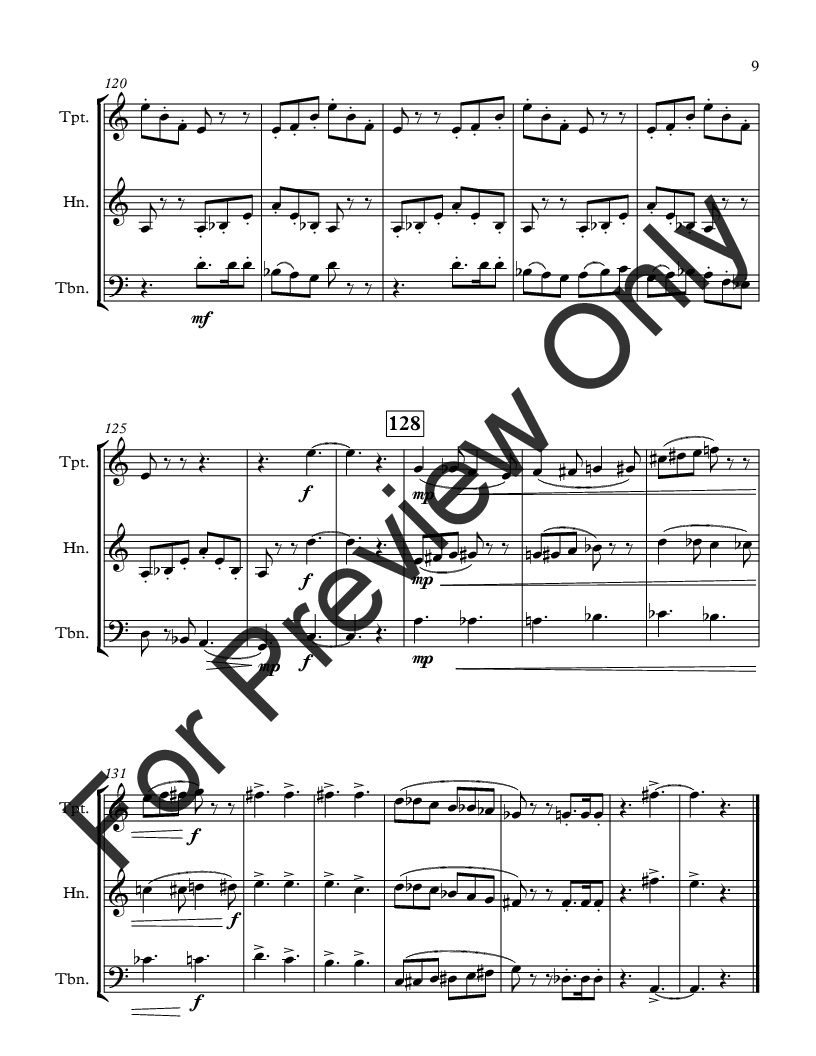 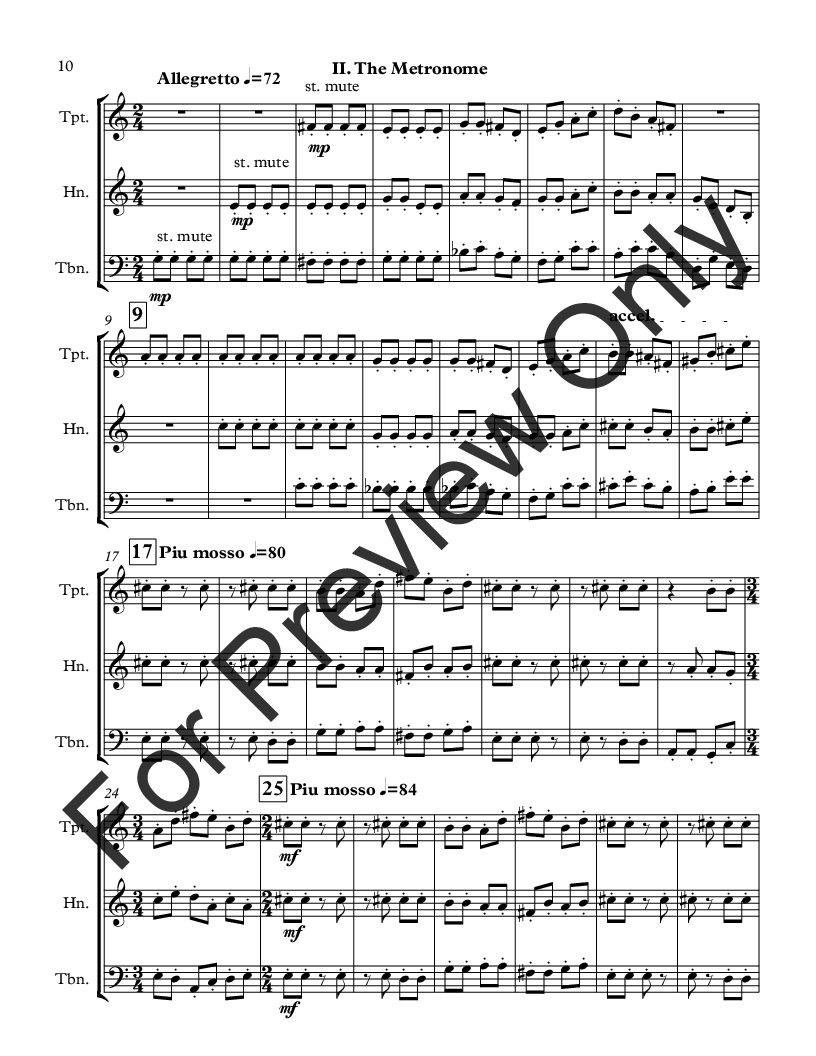 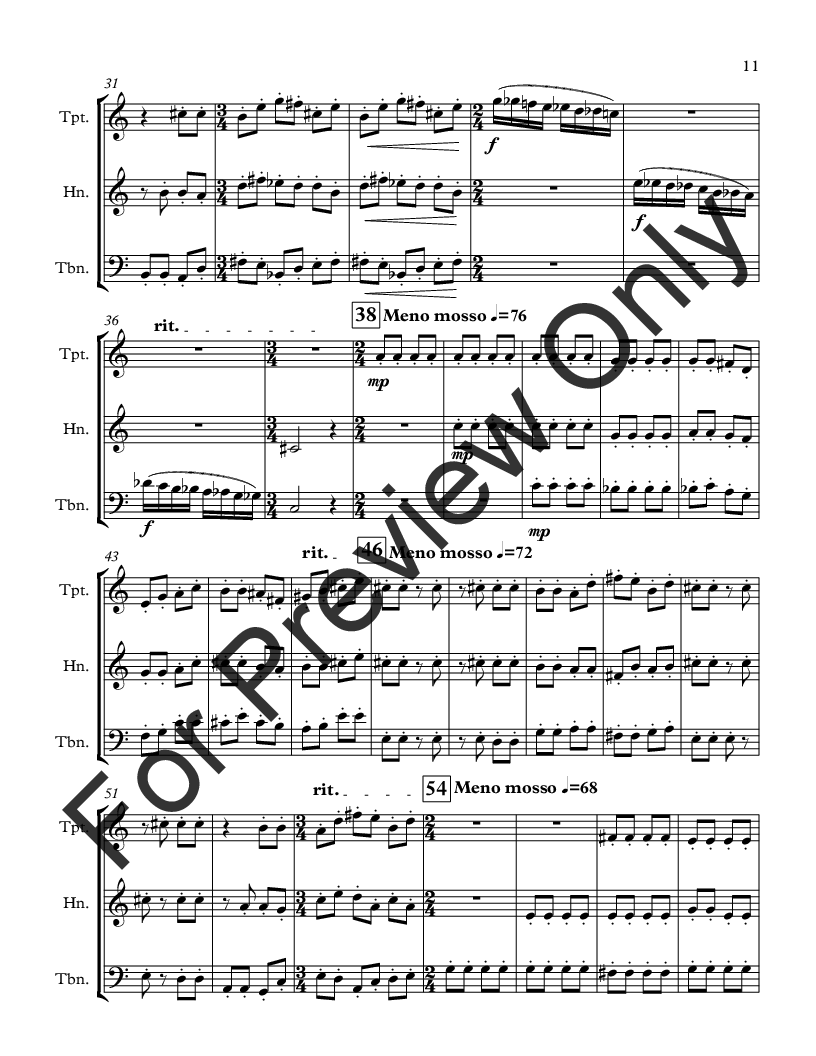 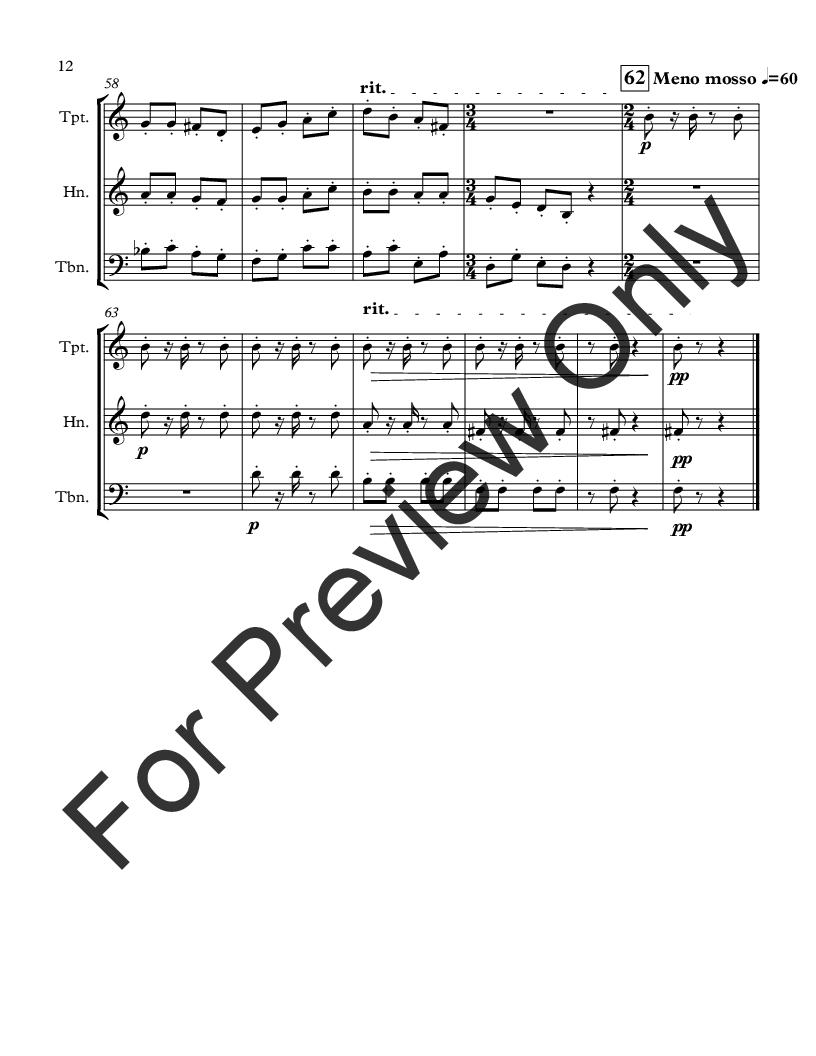 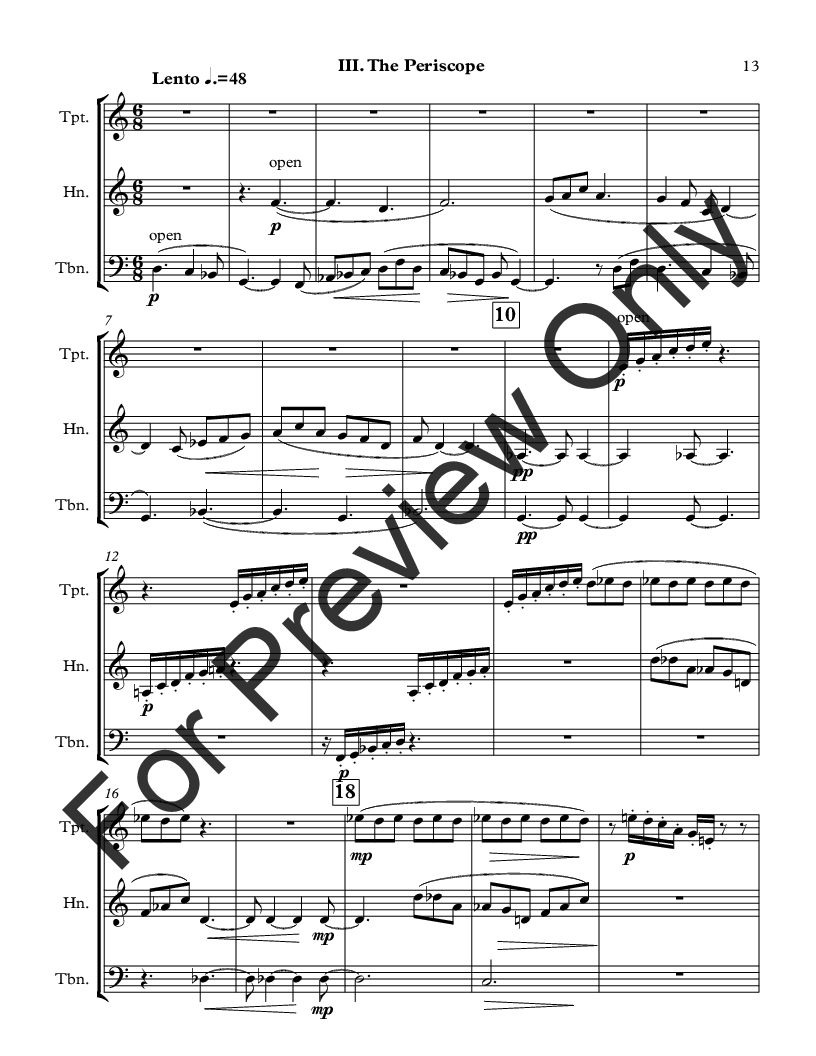 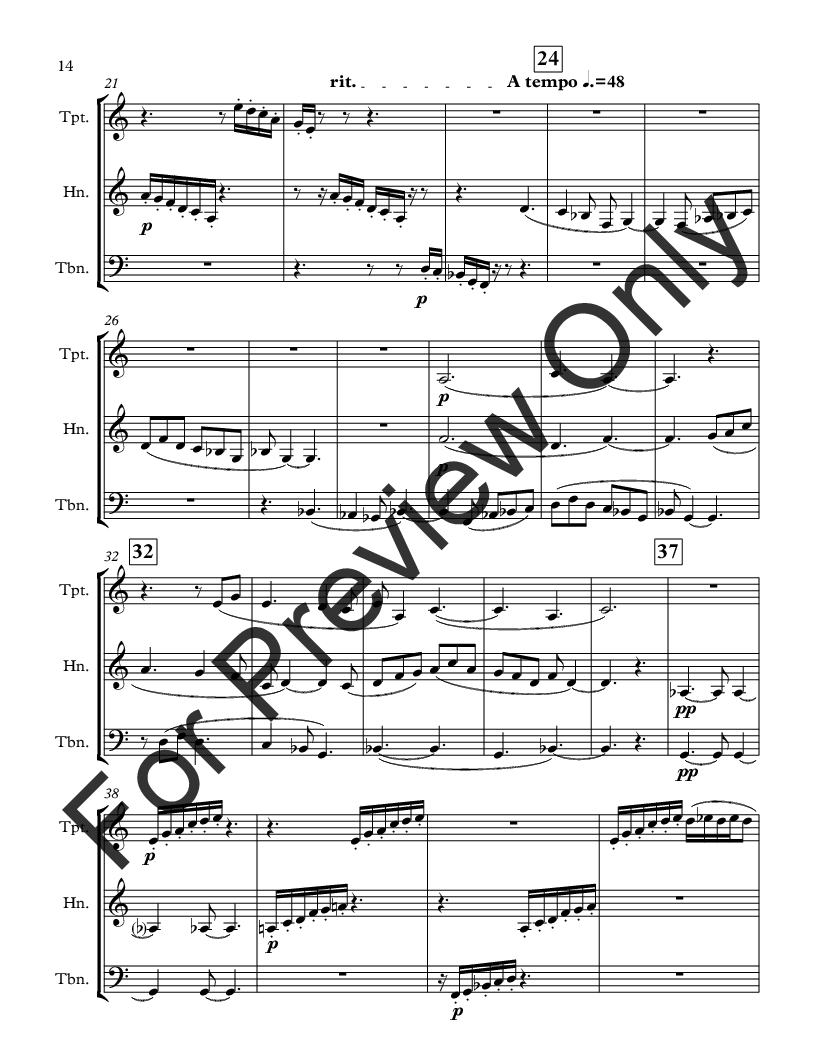 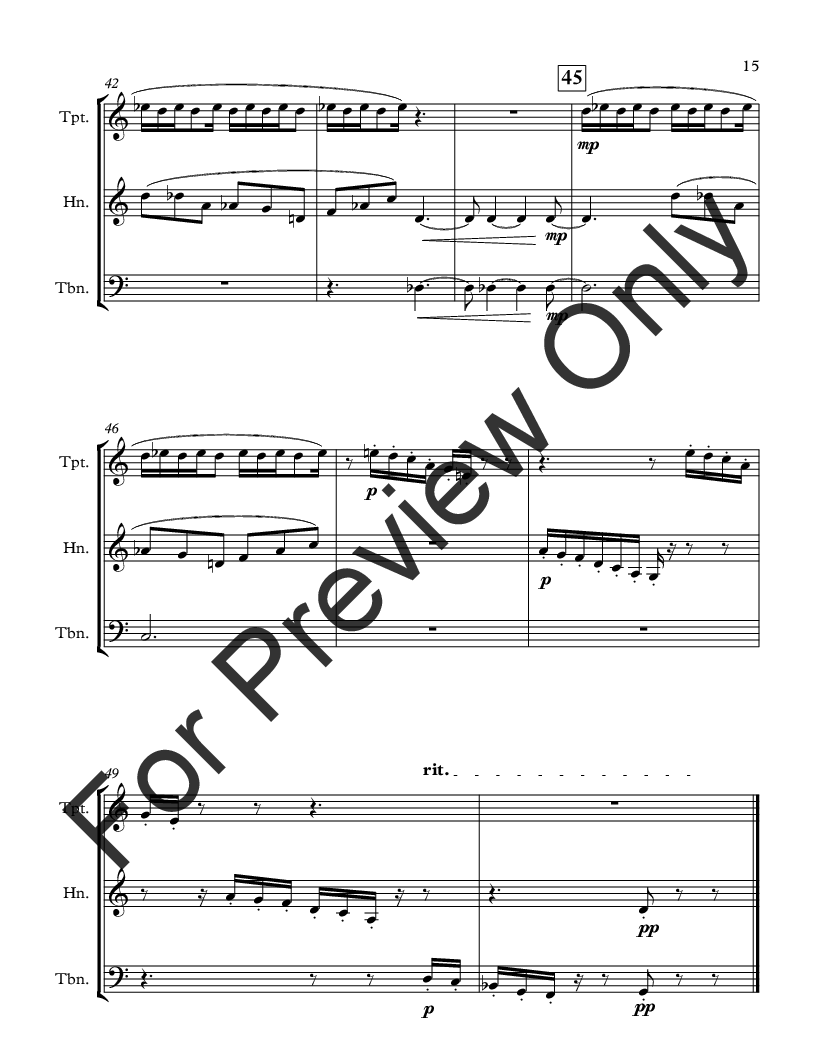 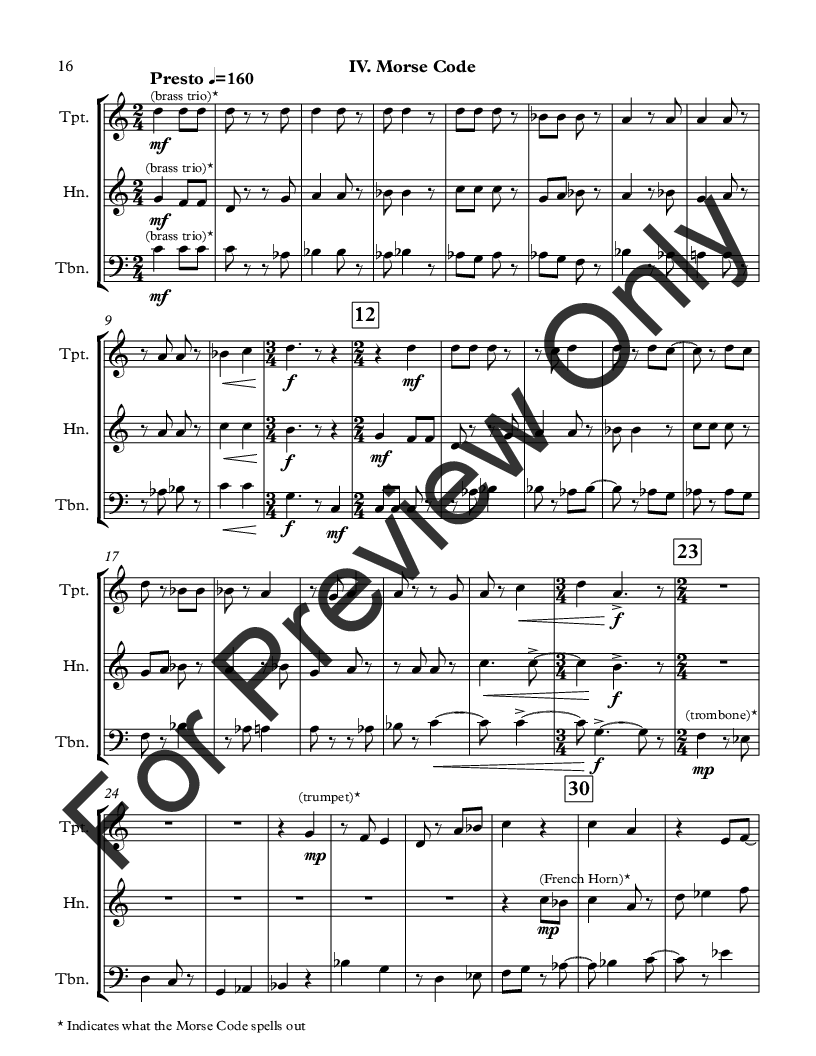 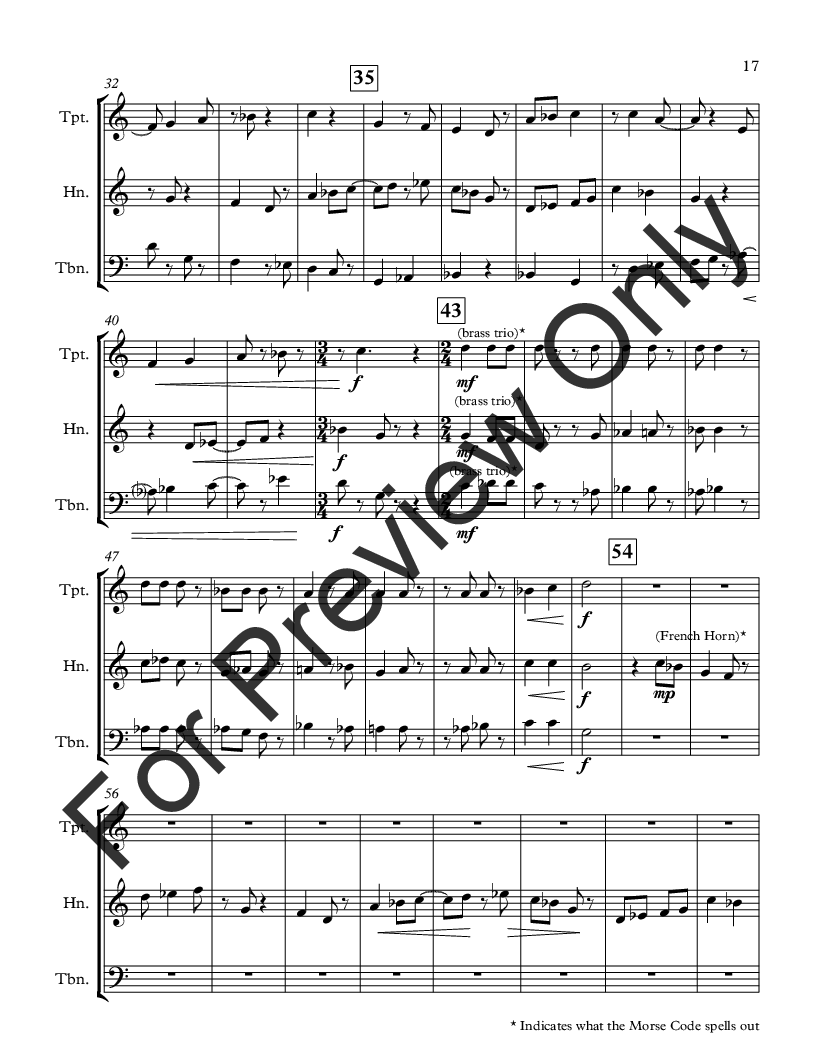 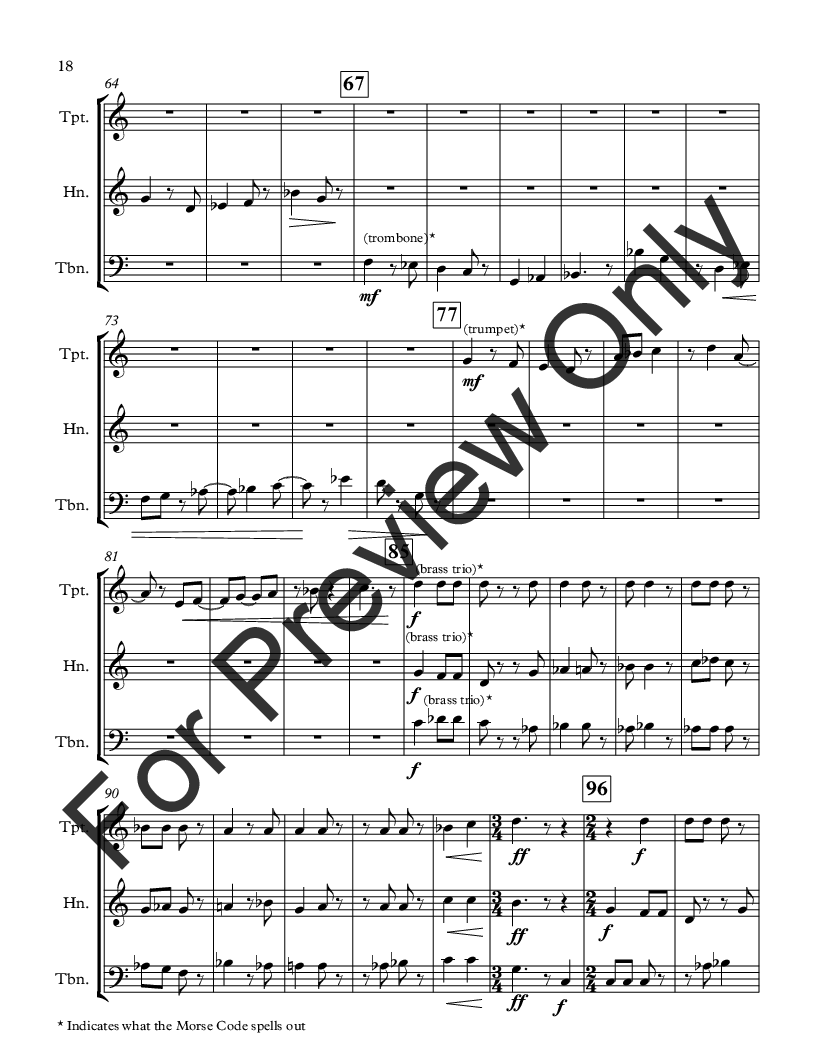 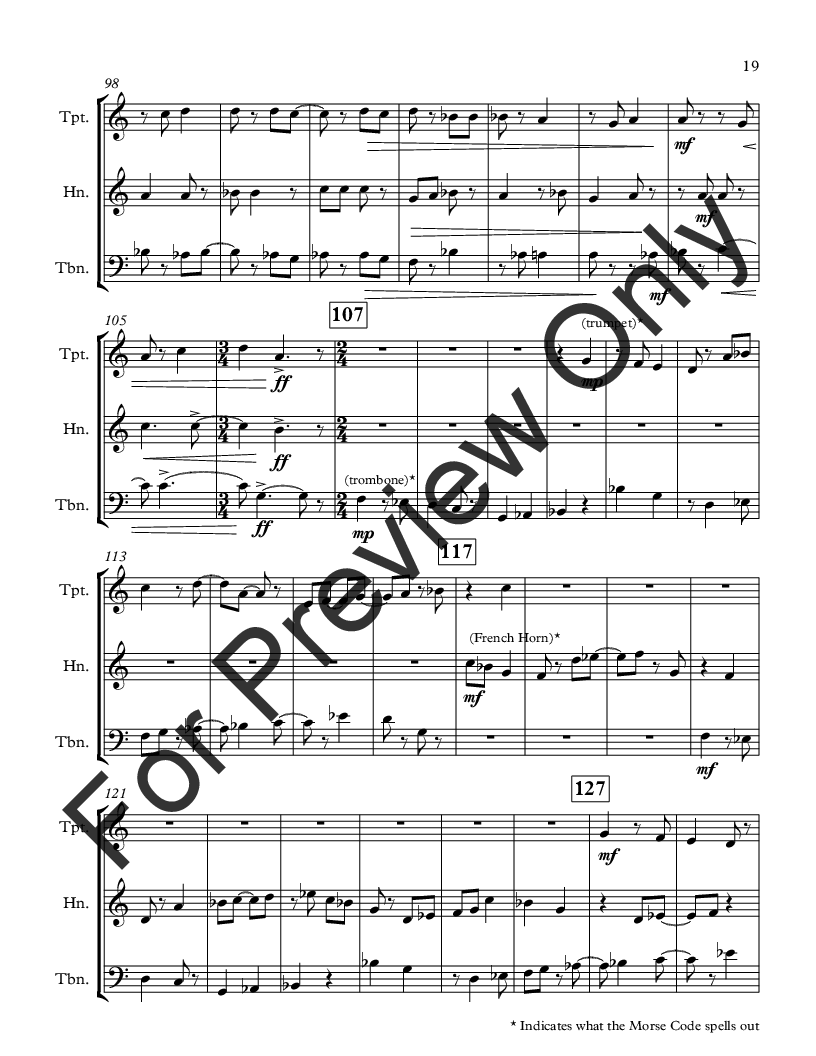 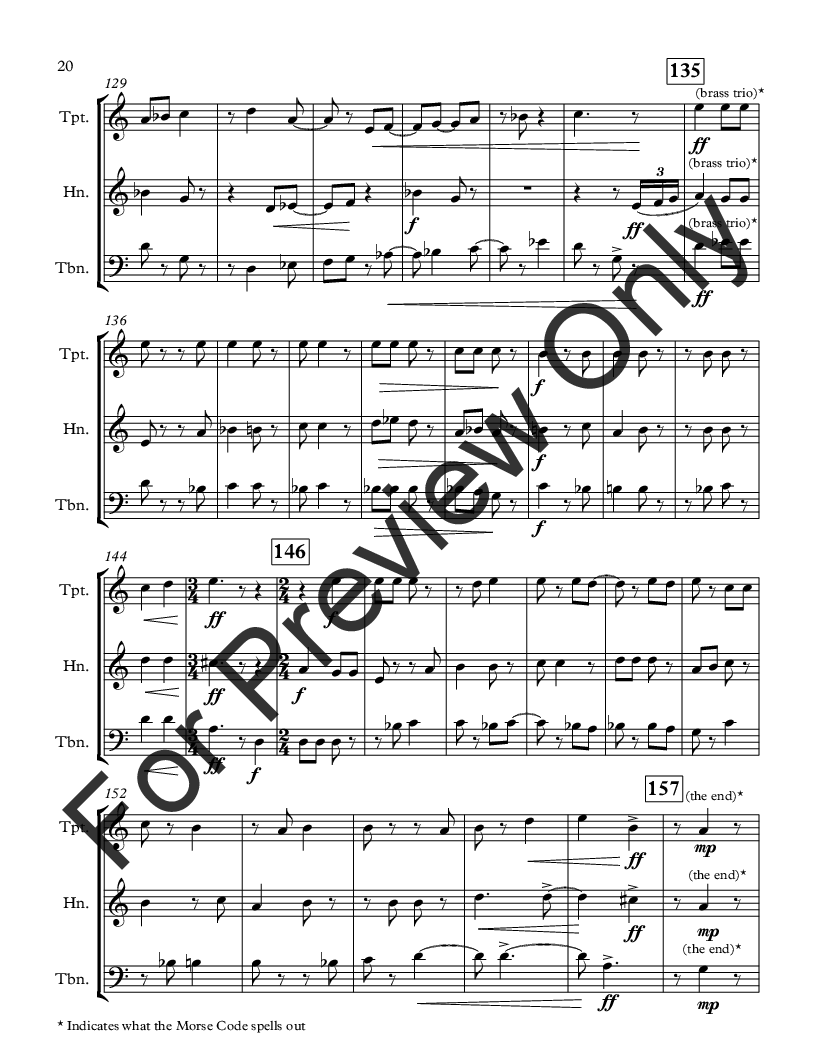 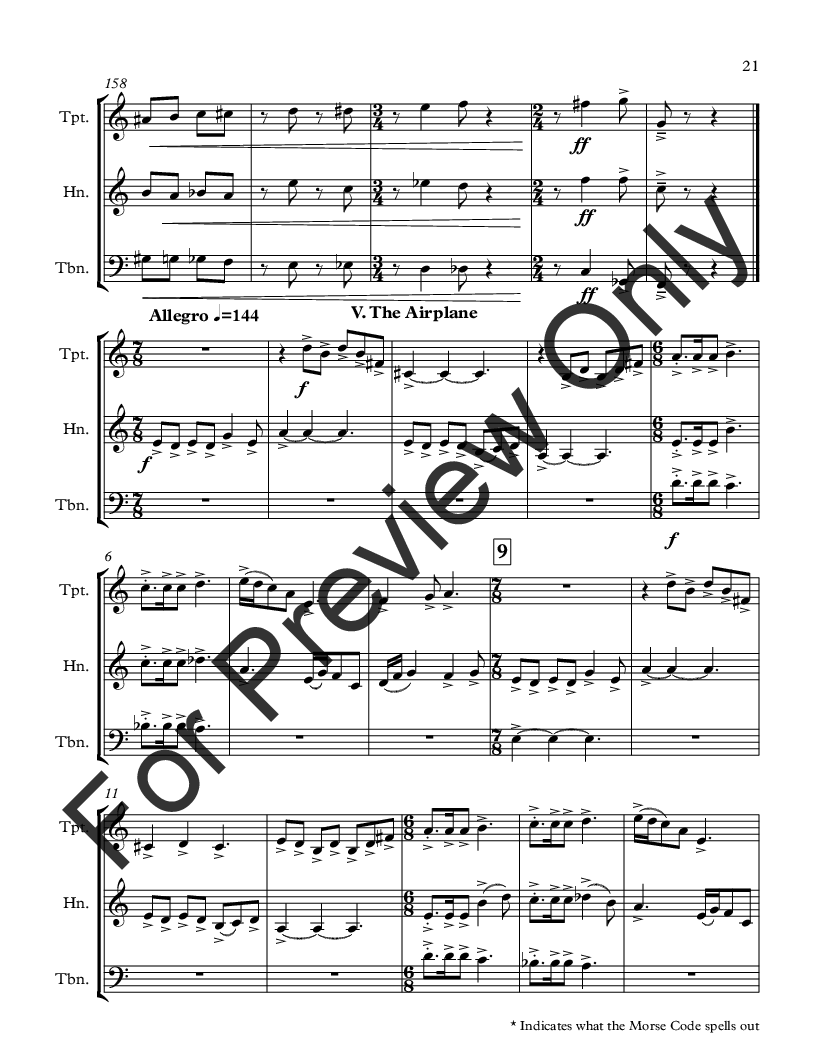 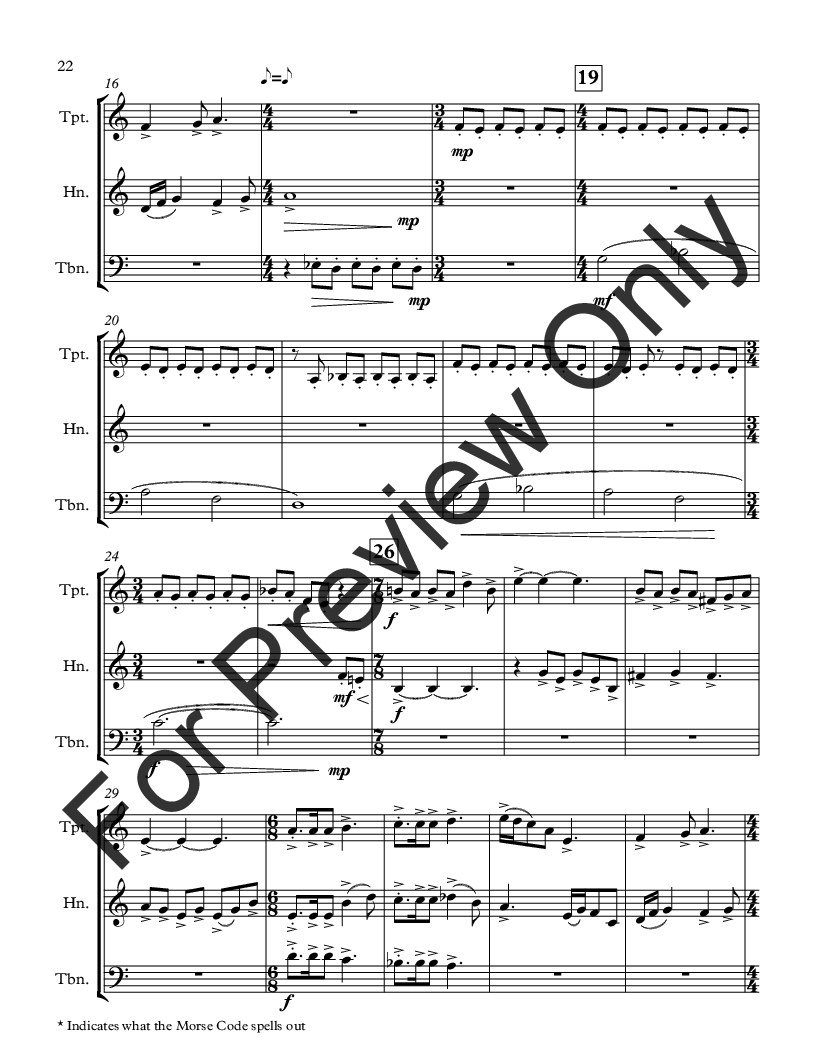 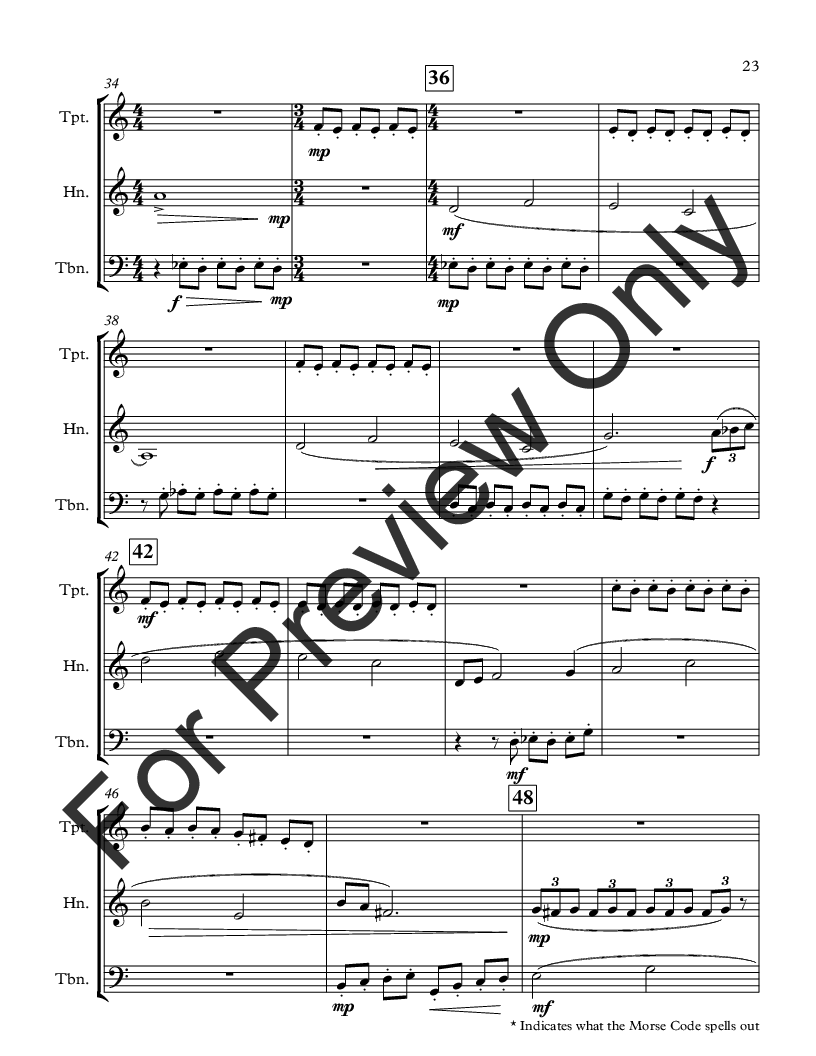 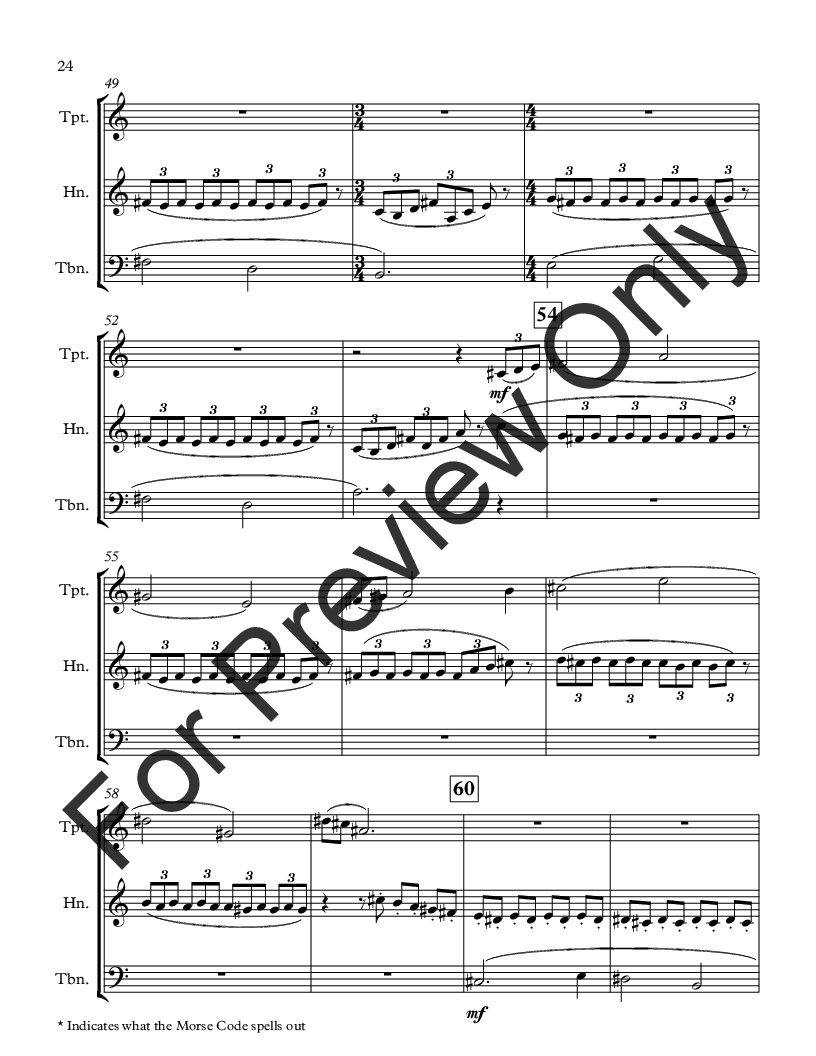 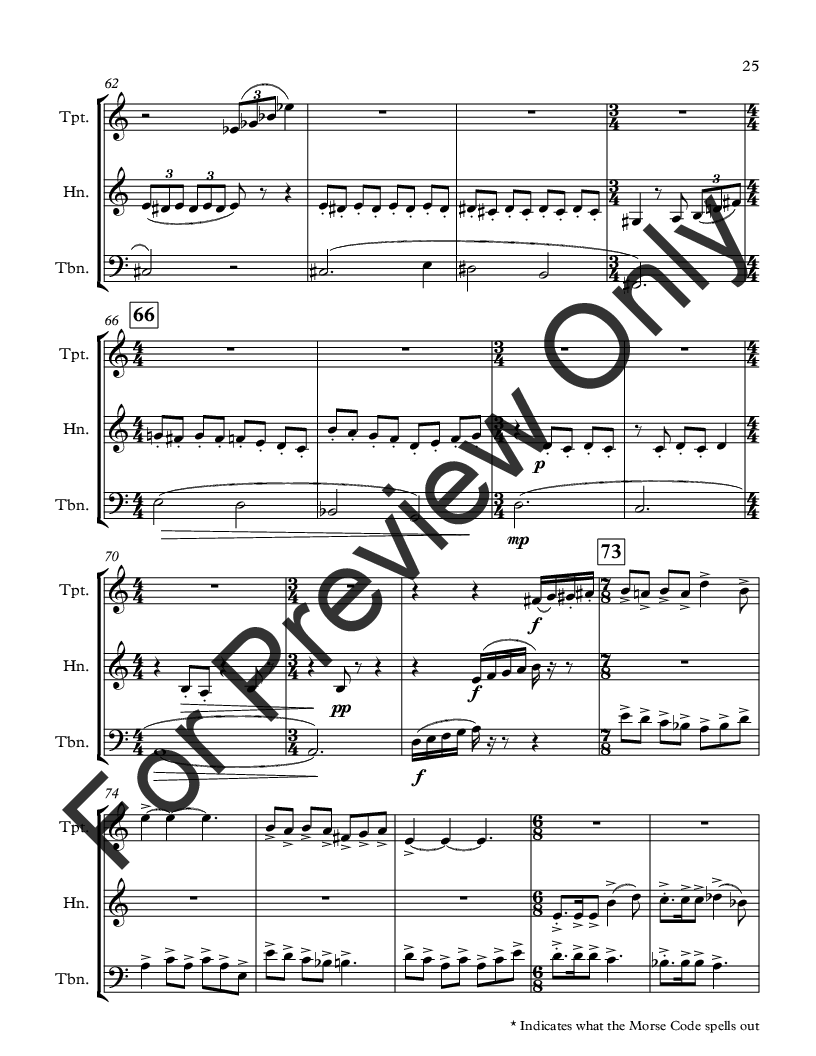 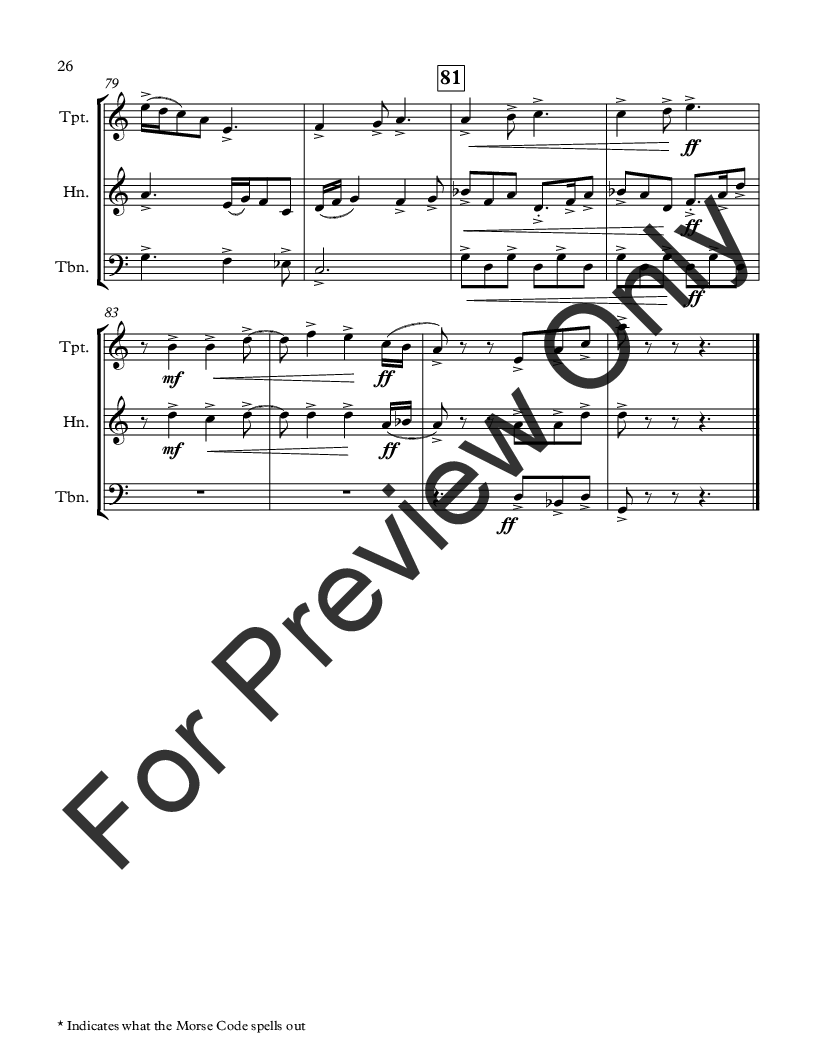 Publisher Desc.  The title Inventions has a double meaning. The first meaning is that each movement represents a significant invention. The second meaning is each movement has sections reminiscent of a musical invention, a short contrapuntal composition that is usually based on a single theme. Movement 1 The Wheel - This movement is a perpetual motion in triple meter. Movement II The Metronome - The music in this movement represents a mechanical, wind-up metronome. Movement III The Periscope - The movement is in an ABA'B' form. The A section, with its dark colors and slow 6/8 represents a submarine, lurking under water. The B section begins with ominous sounds that accompany the rising of the periscope and the scanning of the horizon for destroyers and for prey. Movement IV Morse Code - The form of this movement is ABAaBaABaaAa Coda. The A section rhythmically spells out the words brass trio in Morse code, first homophonically and then contrapuntally. The B sections spell out the names of the instruments playing the musical line in Morse code. The Coda spells out the words the end in Morse code. Movement V The Airplane - This movement begins with a celebratory section in 7/8 and 6/8 representing the success of the Wright Brothers. After this festive beginning, a sustained melody represents the first flight that lasted 12 seconds with Orville at the controls. This melody also lasts 12 seconds. Accompanying the sustained melody is the steady staccato eighth note rhythm representing the sound of the motor. After a short celebratory interlude, another sustained melody of flight occurs with Wilbur is at the controls. The staccato eighth note motor accompaniment changes into a flowing triplet figure during 59-second flight, the longest of 1903. The flight melody now lasts 59 seconds as well. After a soft landing of the flight melody, the celebration theme ends the movement in a festive and exciting manner.
Select a Product
My Library
What is My Library?
Powered by Rating-System.com
Share this title