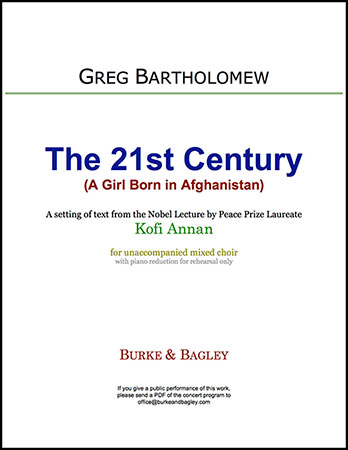 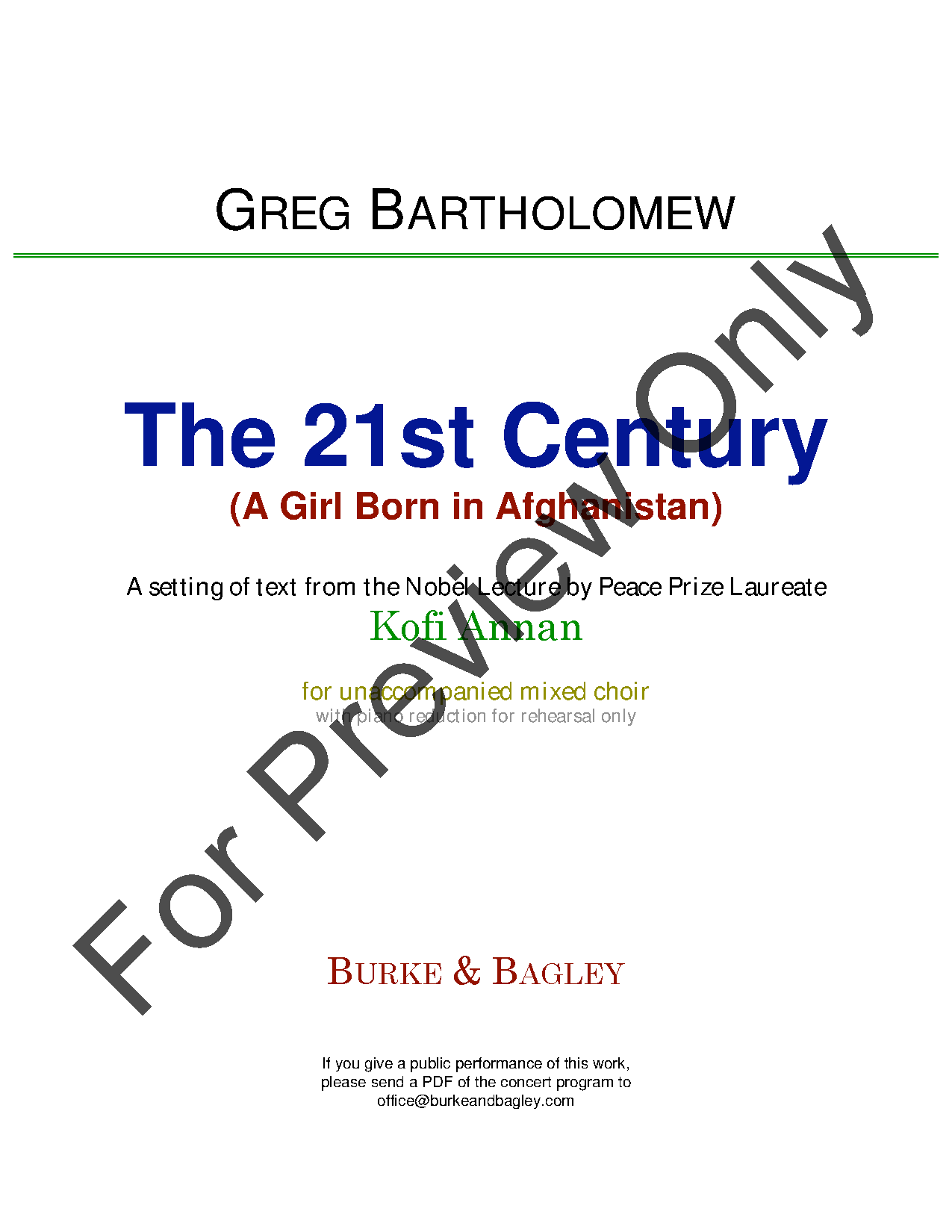 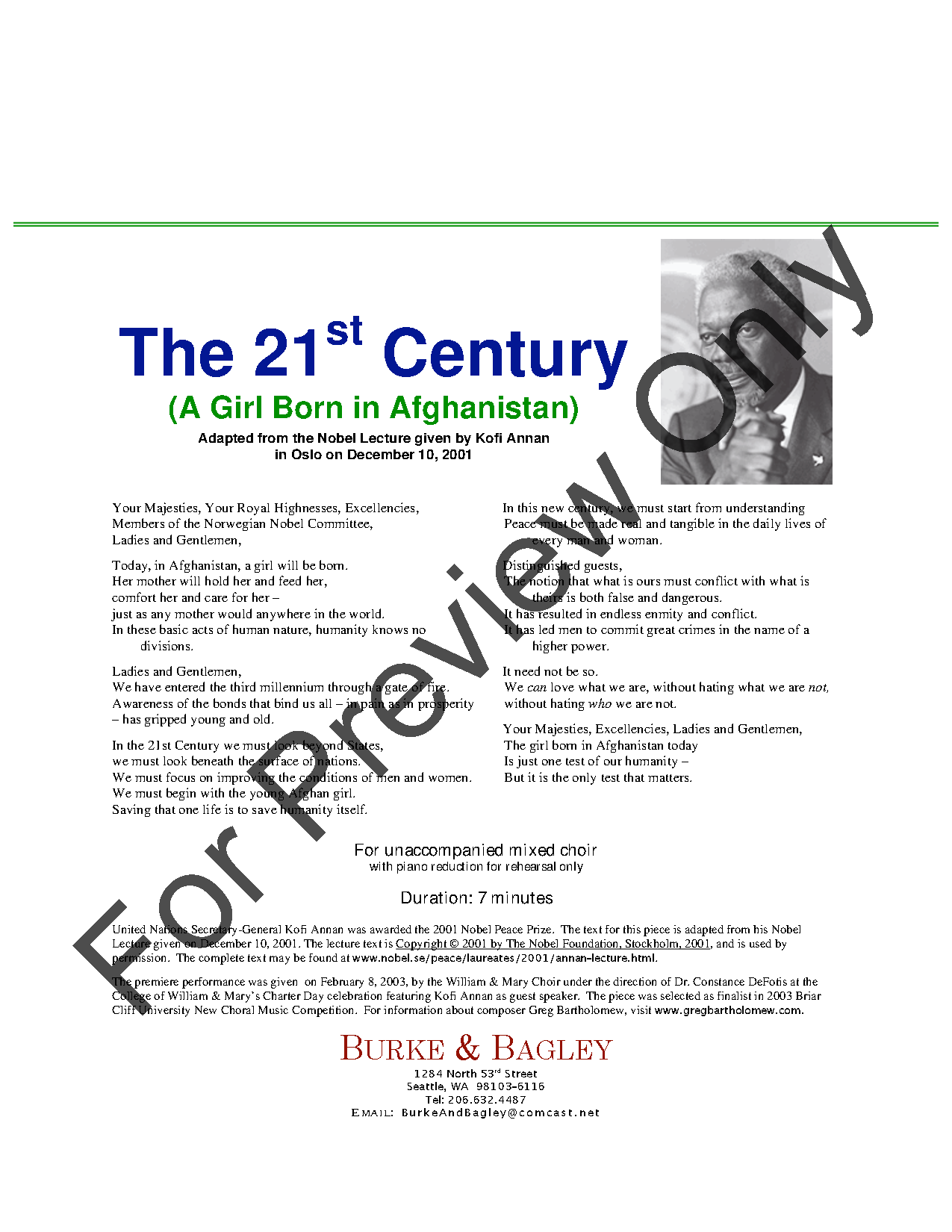 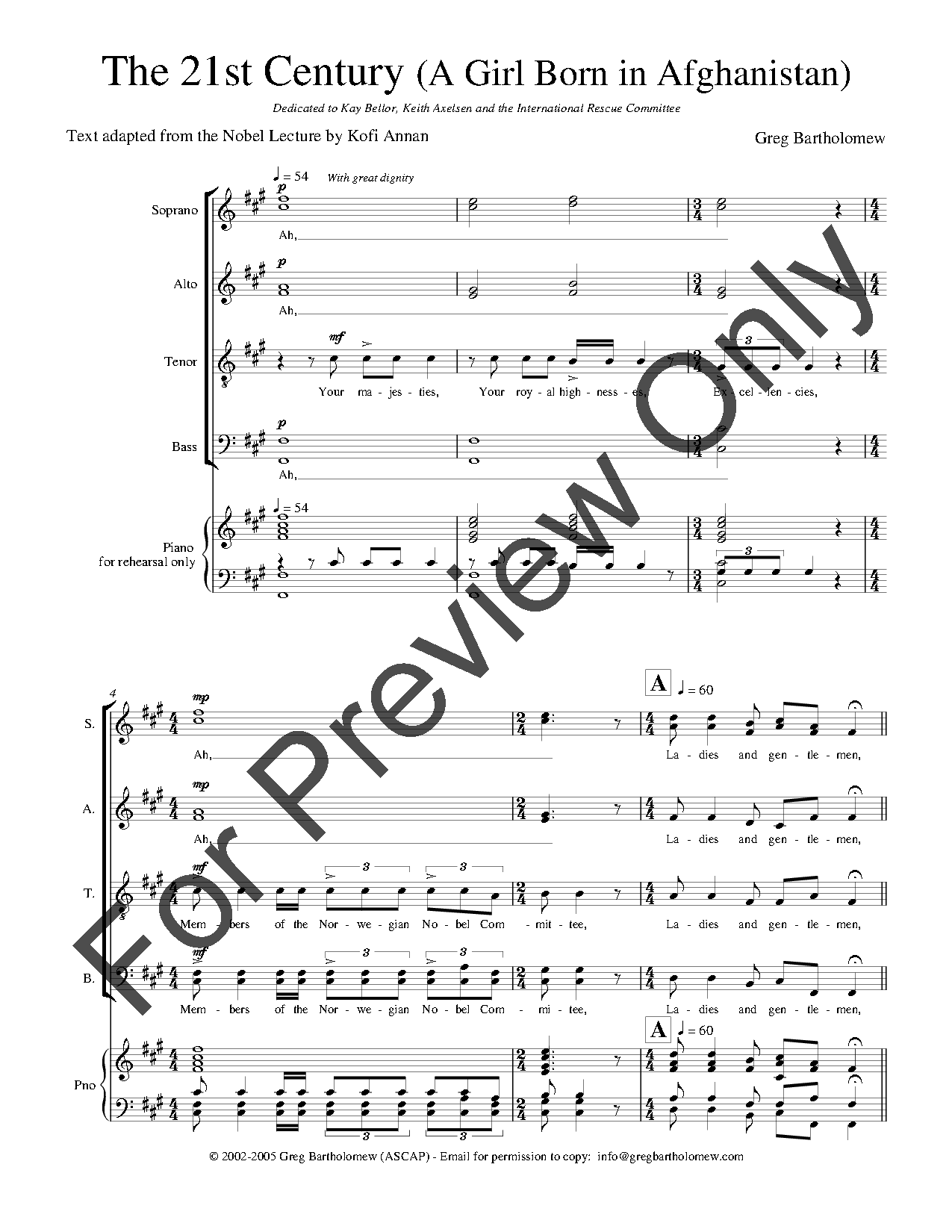 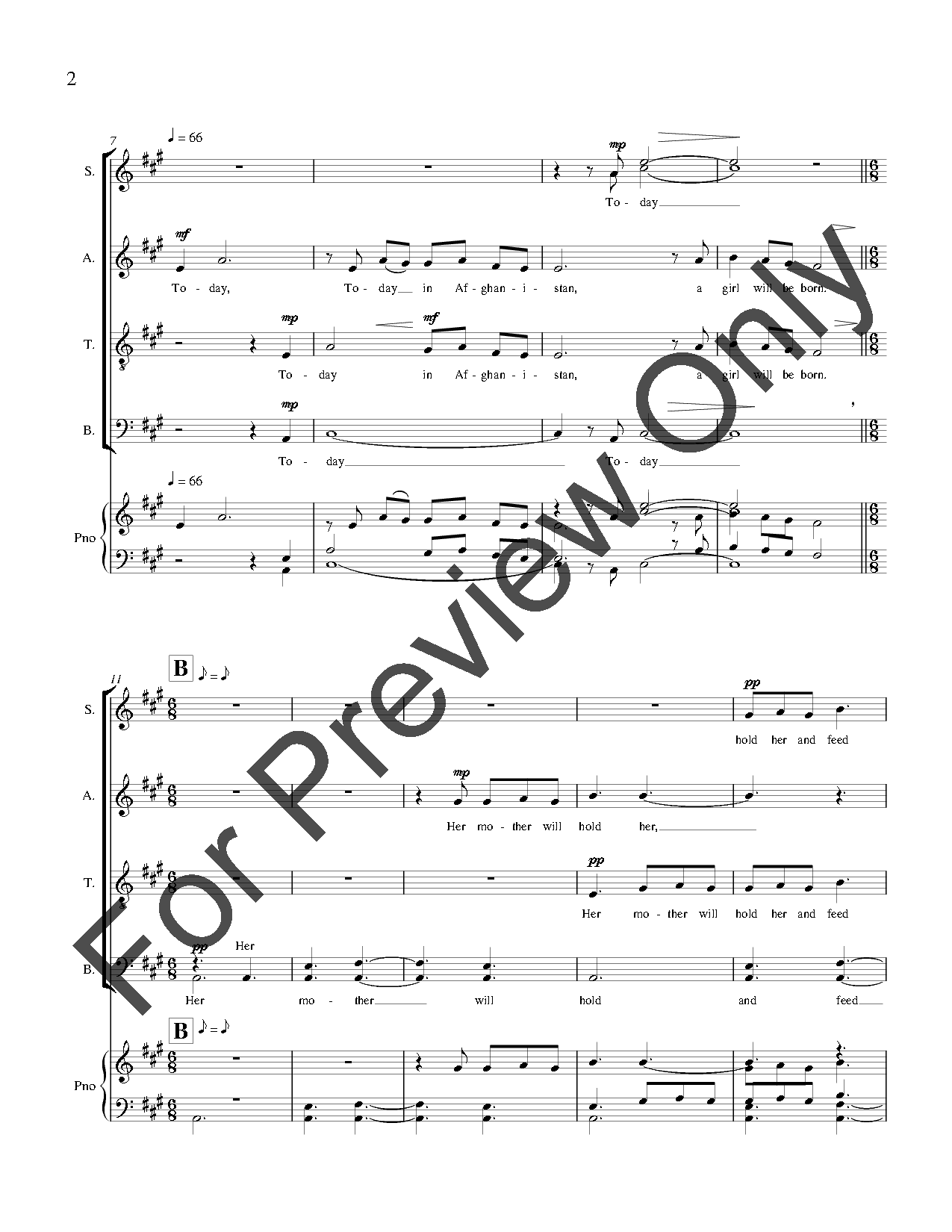 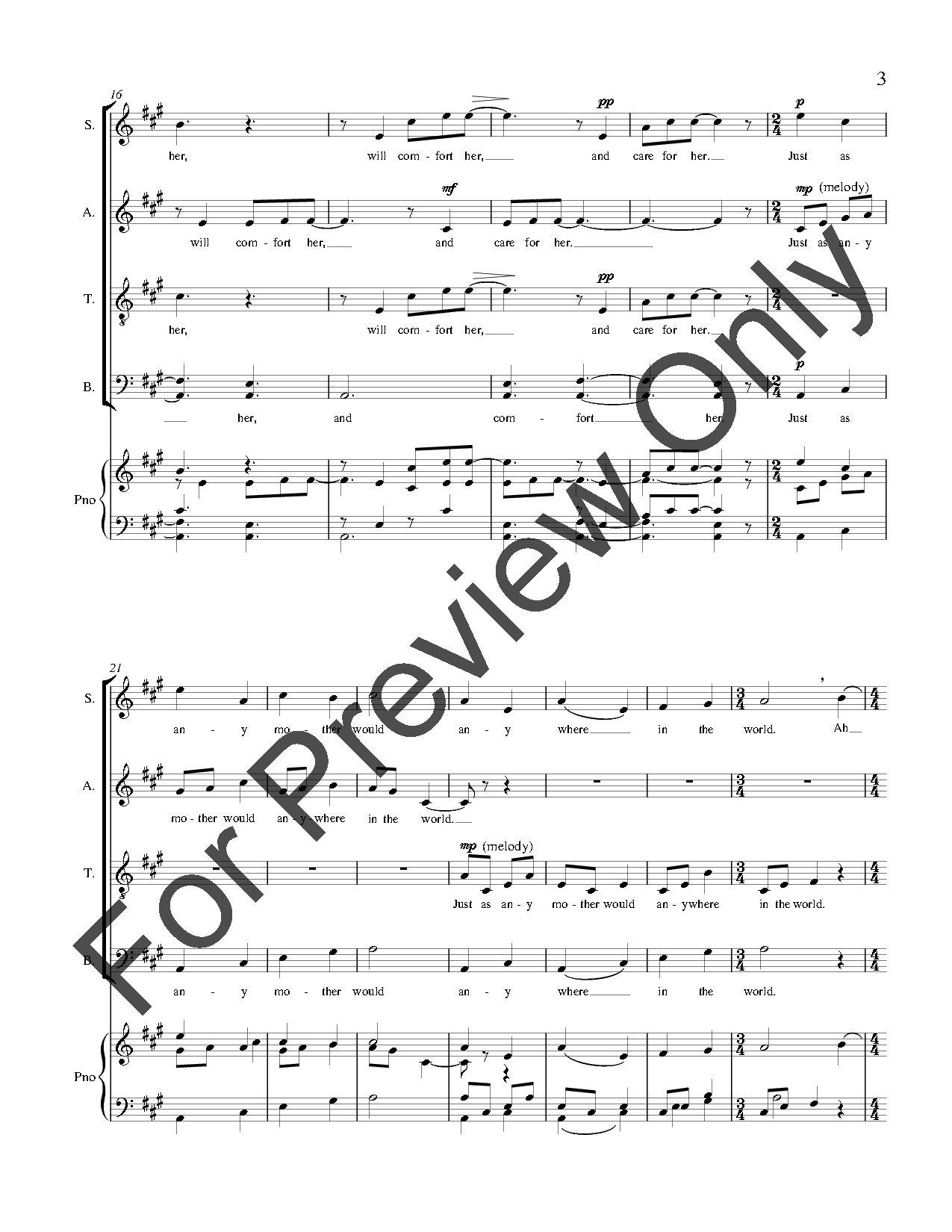 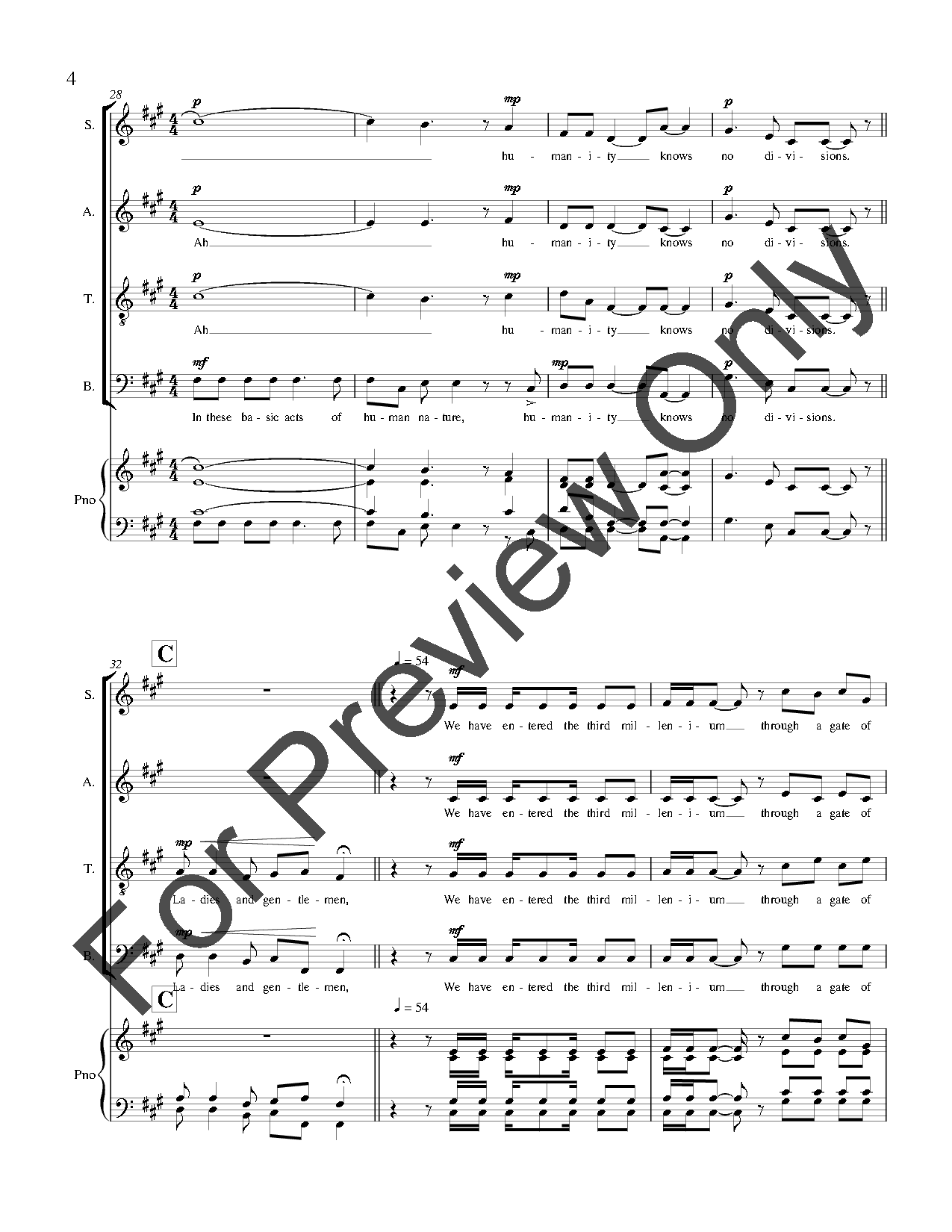 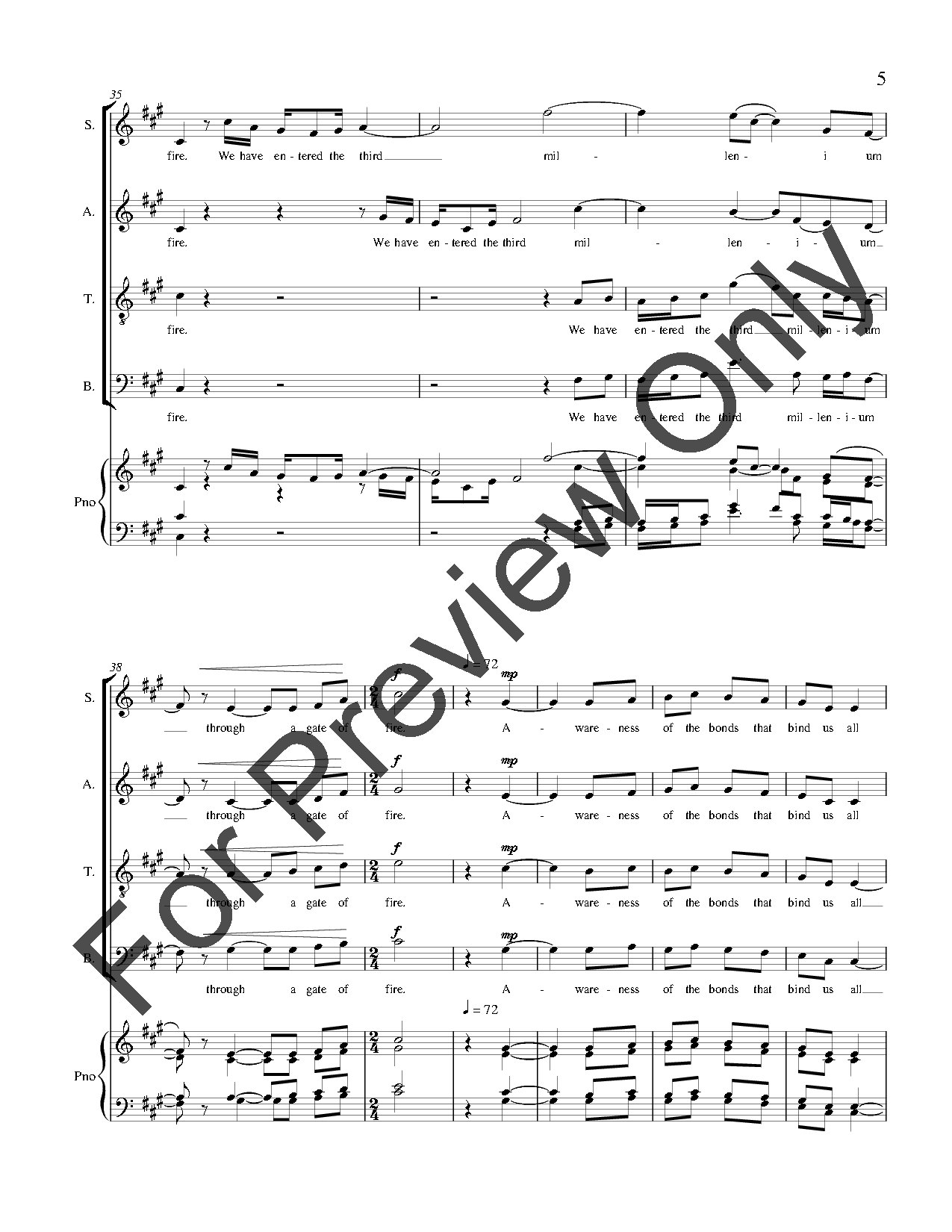 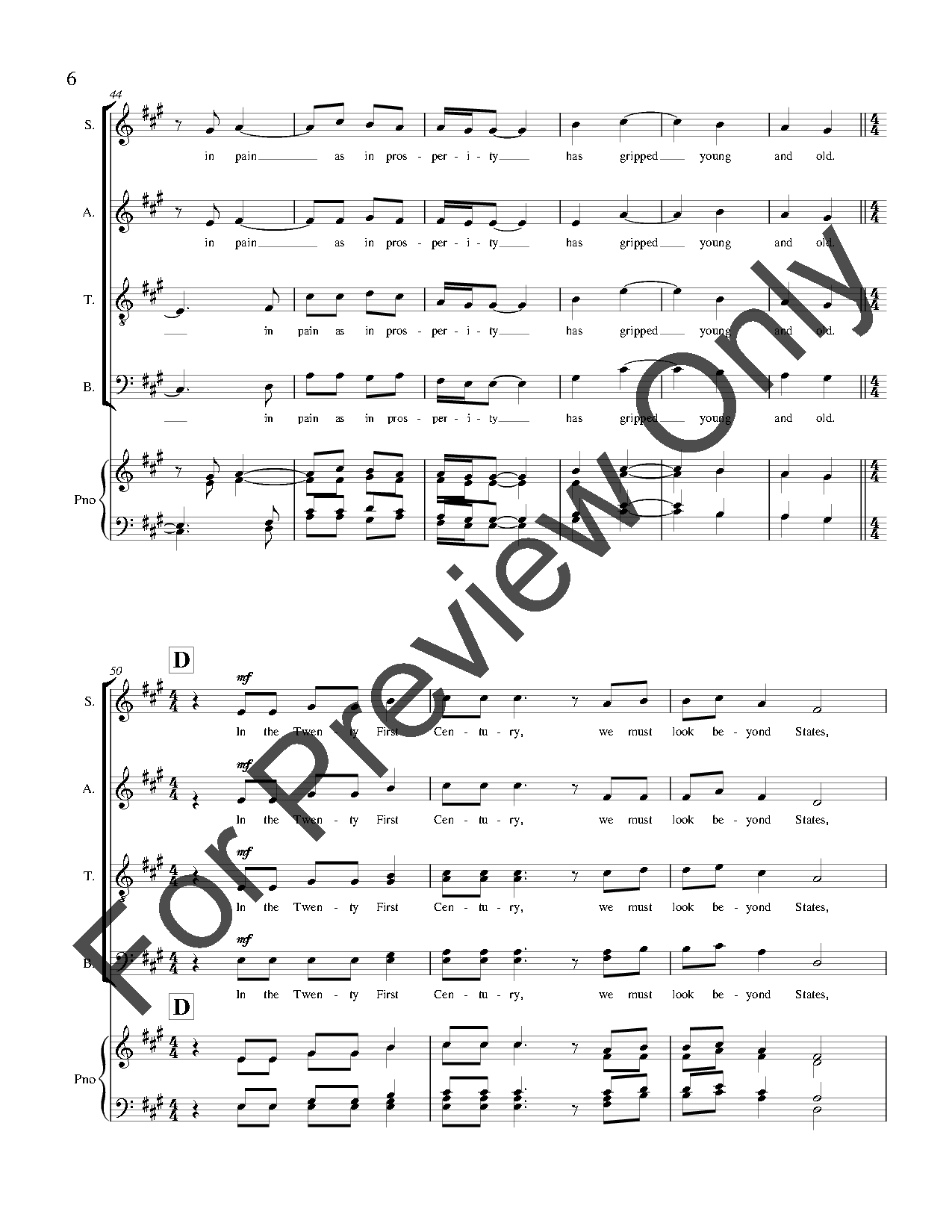 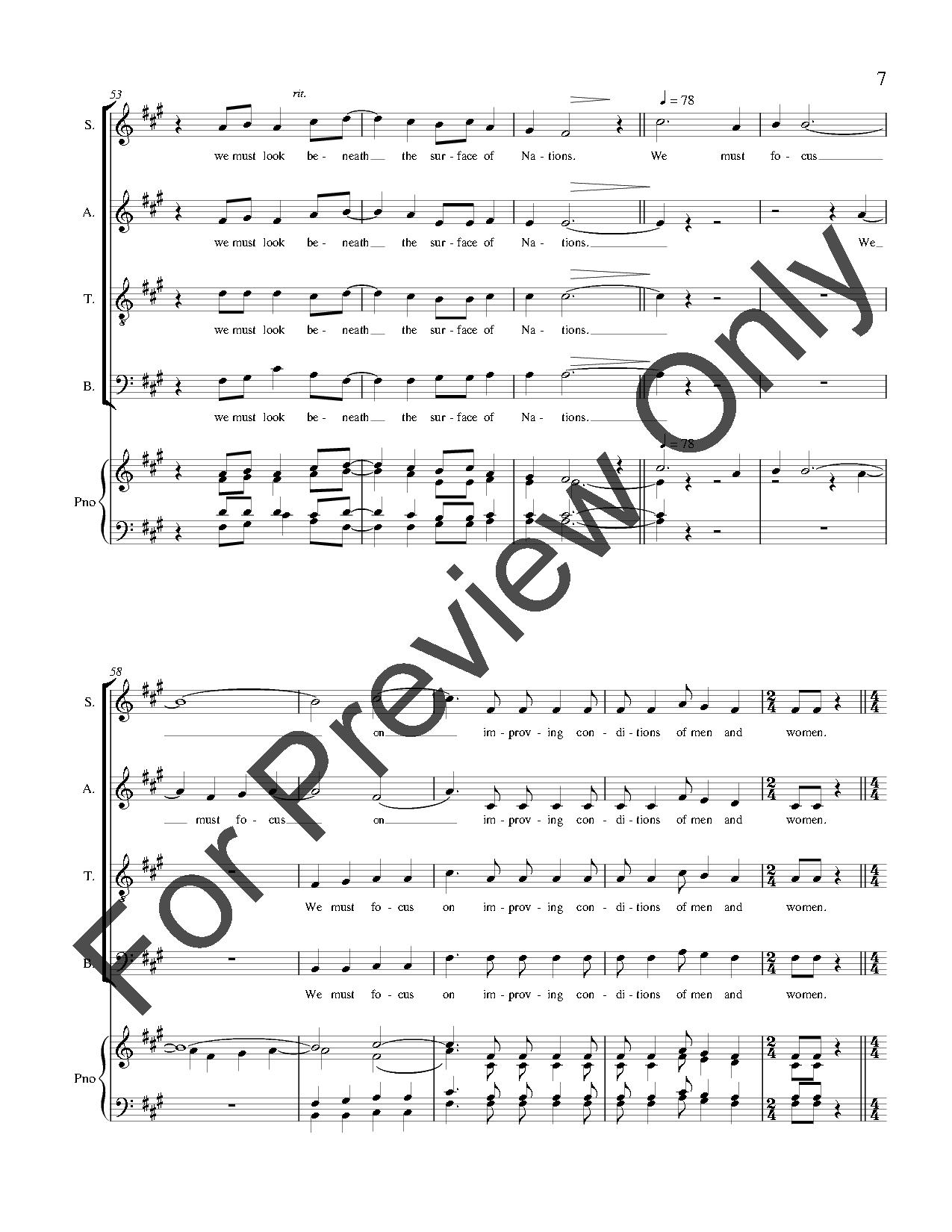 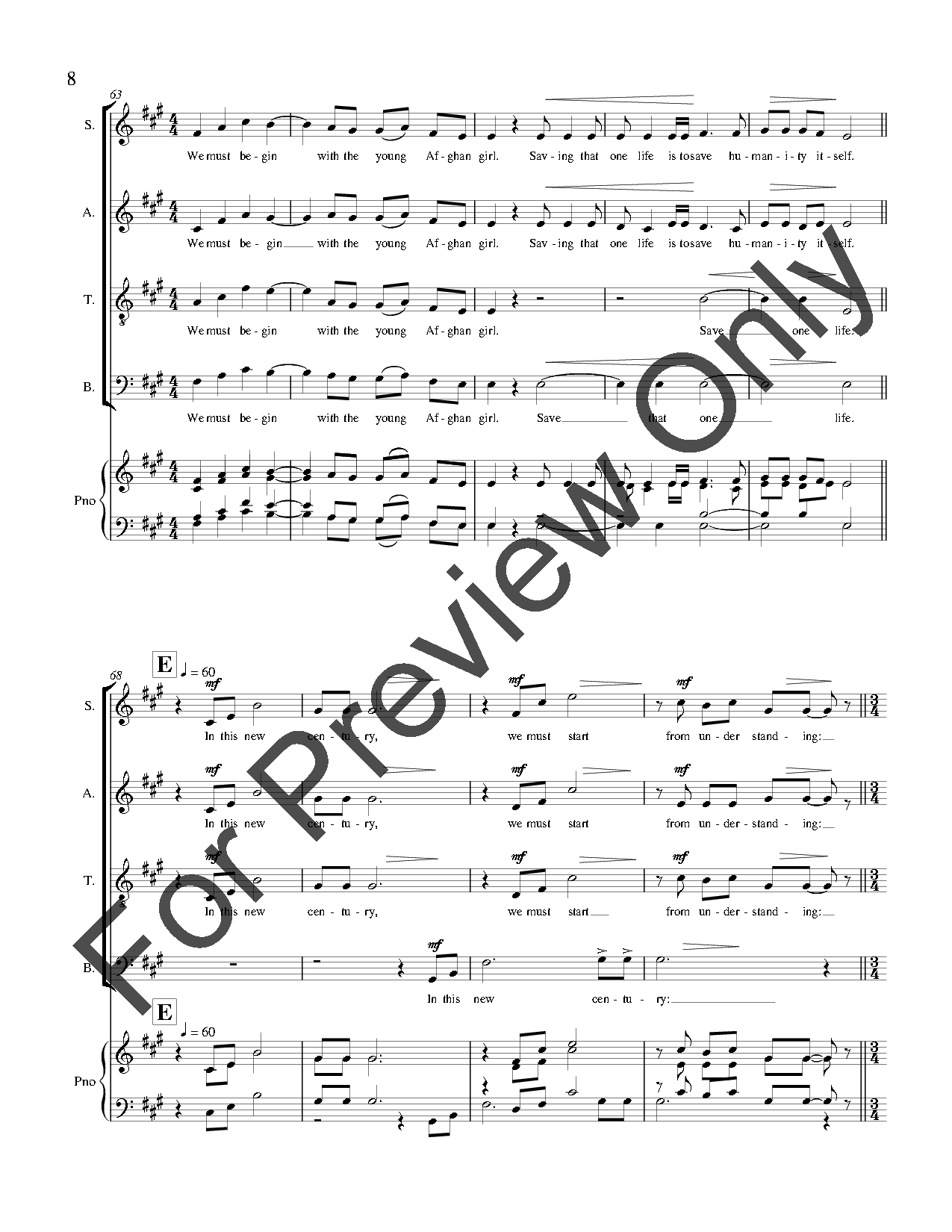 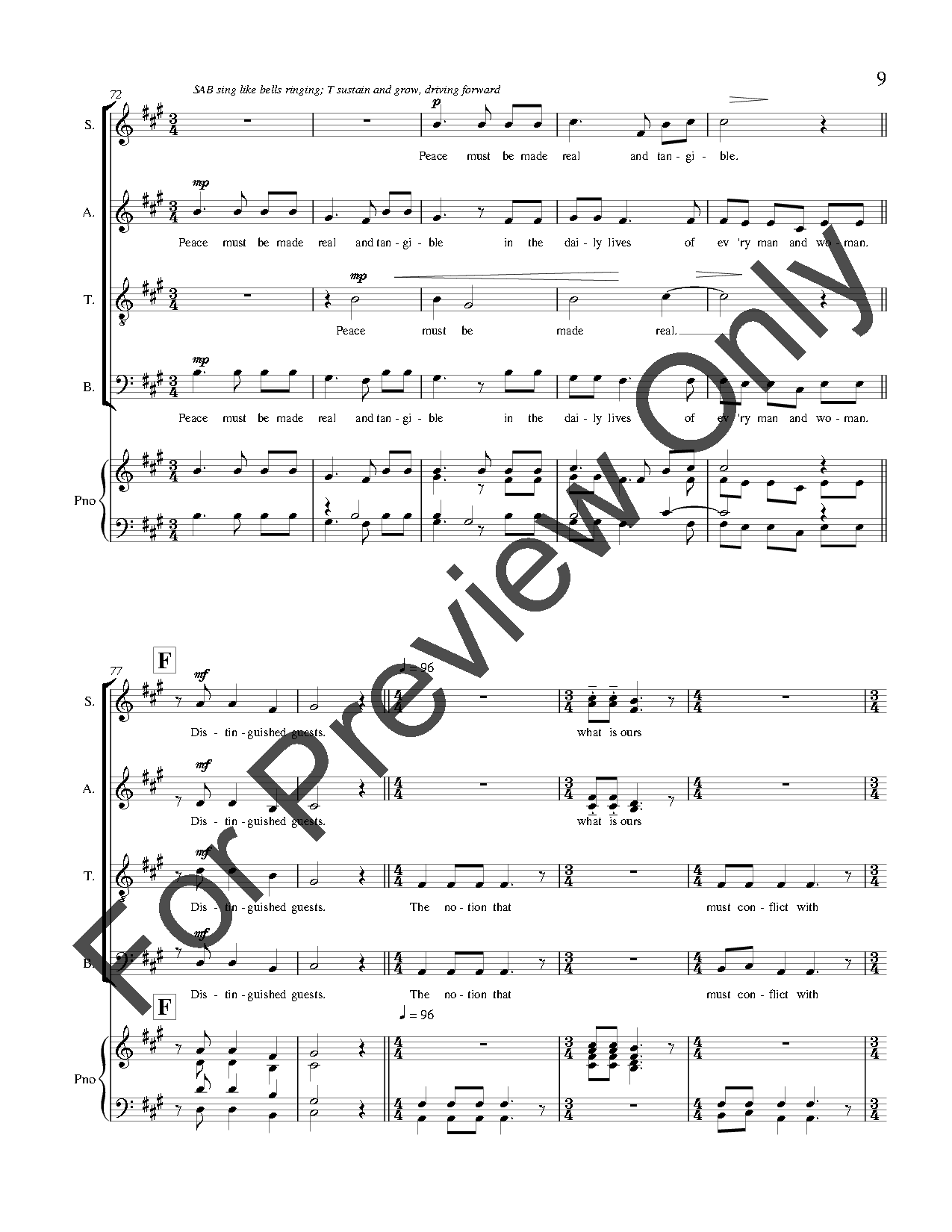 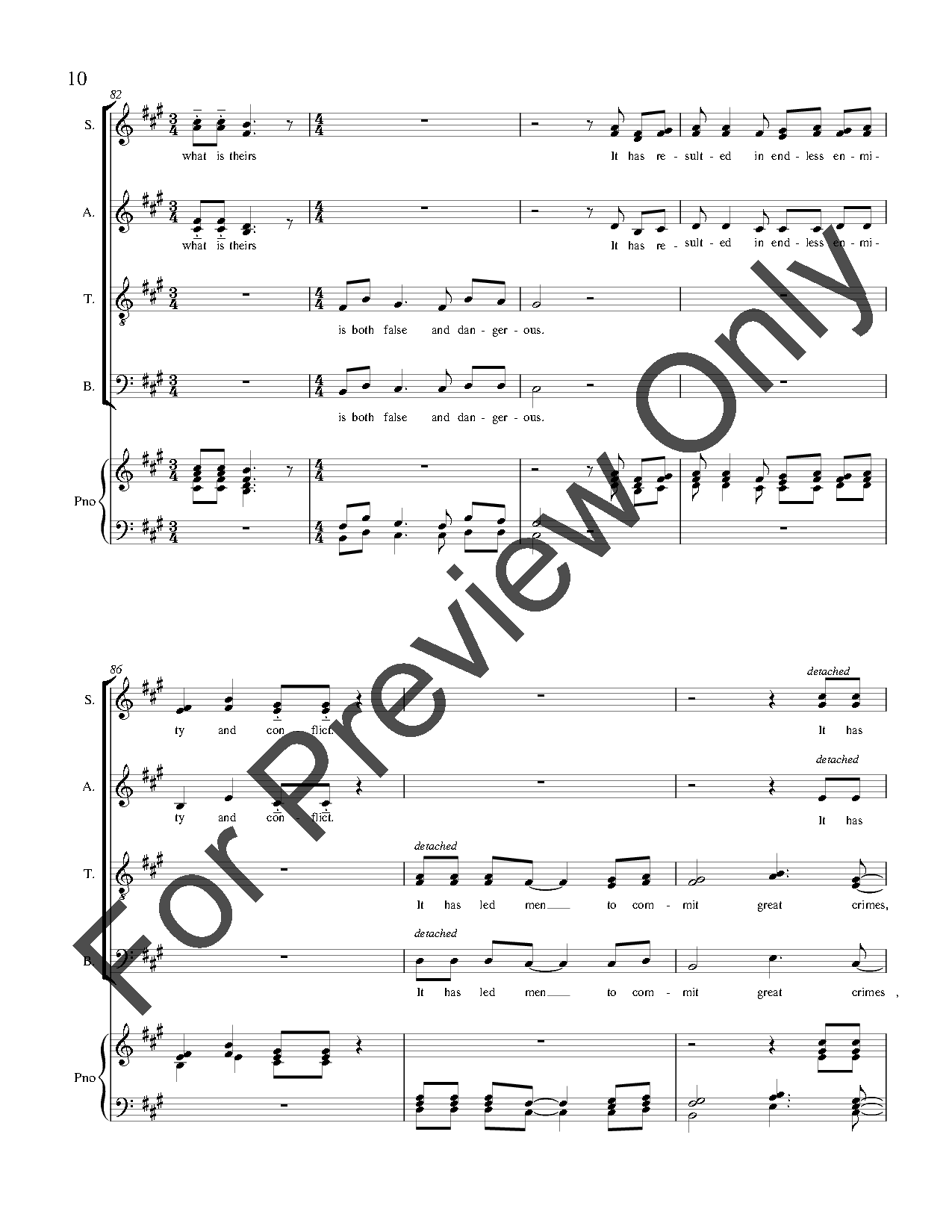 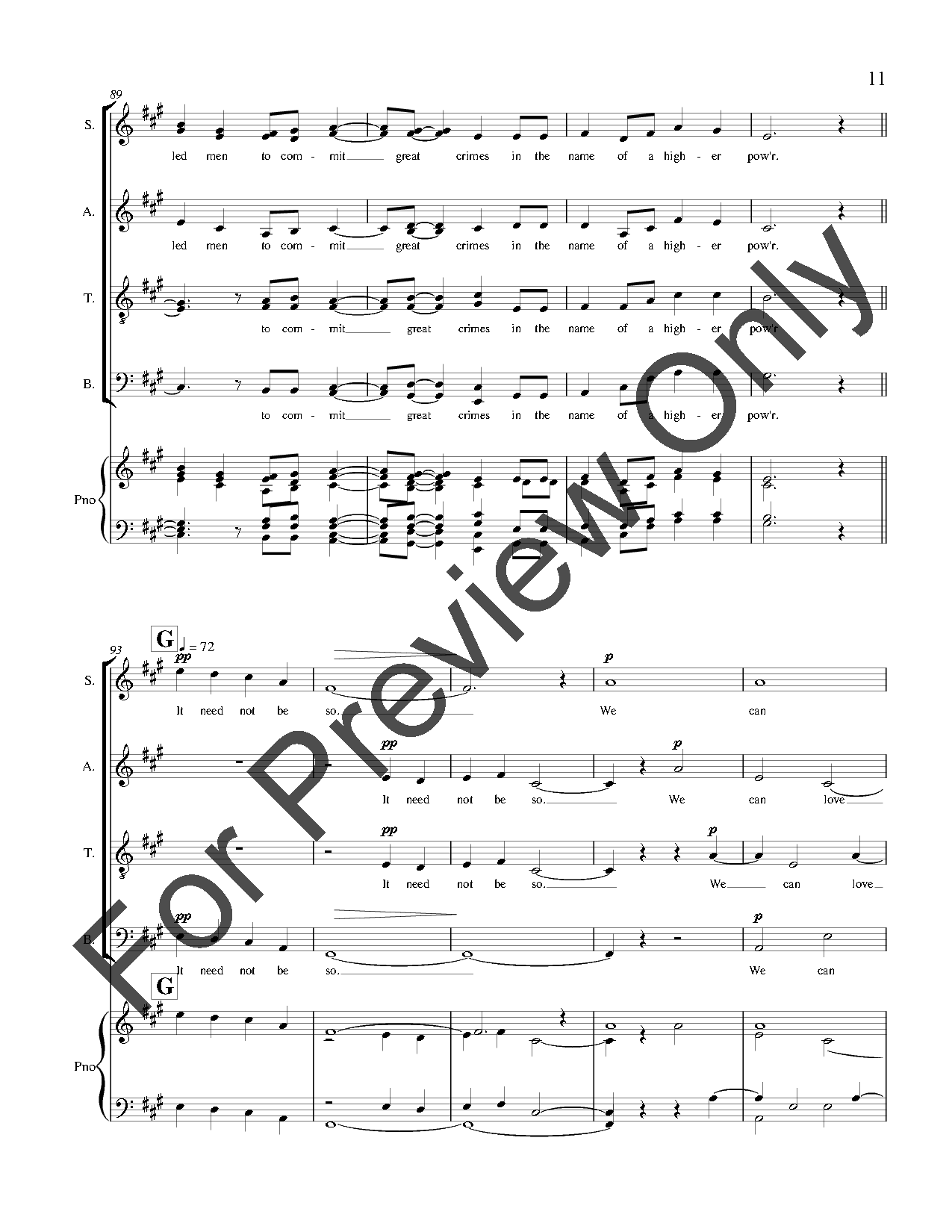 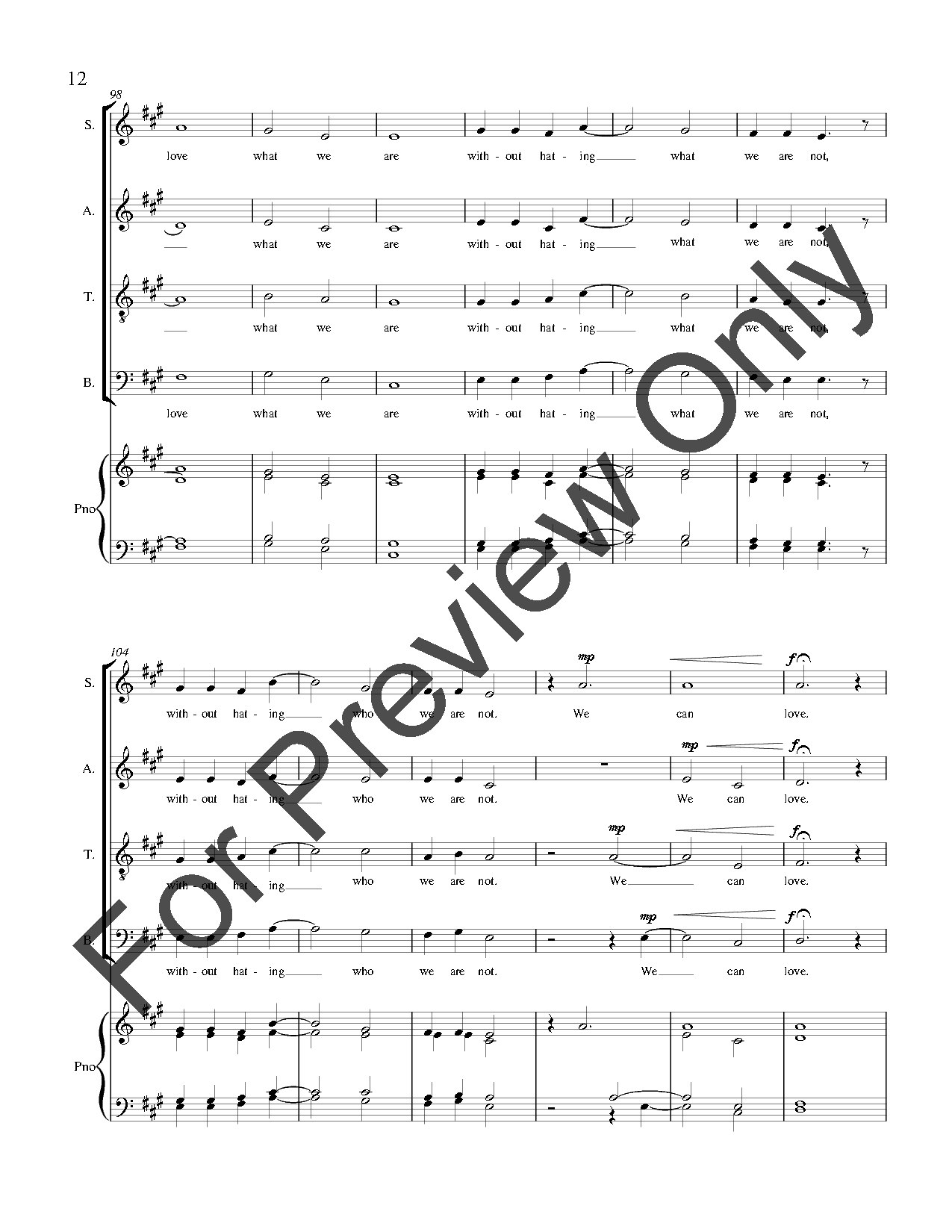 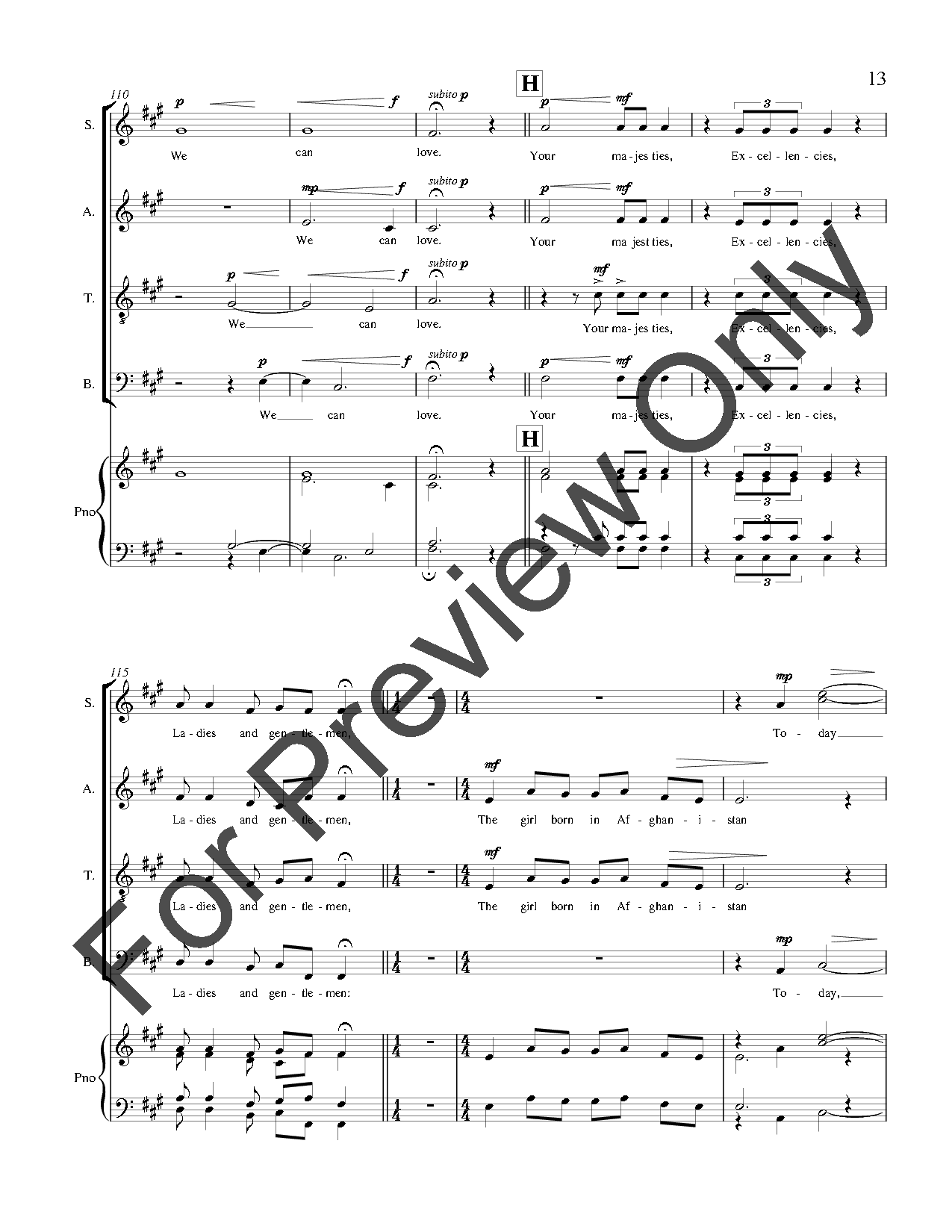 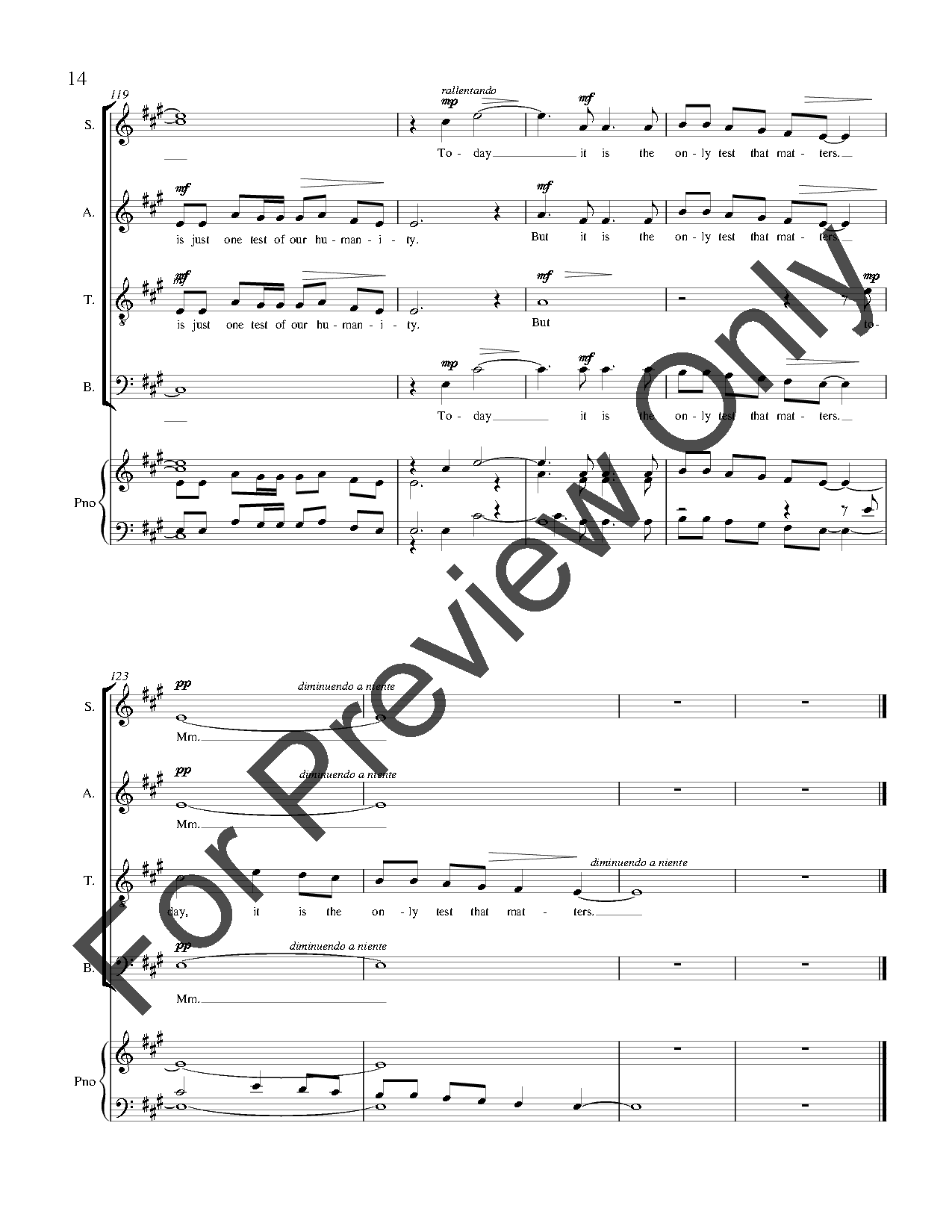 A cappella Publisher Desc.  Composed in 2002 for the Waging Peace Through Singing competition. The text is adapted from the Nobel Lecture given on December 10, 2001, by United Nations Secretary-General Kofi Annan, who was awarded the 2001 Nobel Peace Prize. The lecture text is Copyright by The Nobel Foundation, Stockholm, 2001, and is used by permission.
Select a Product
My Library
What is My Library?
Powered by Rating-System.com
Share this title